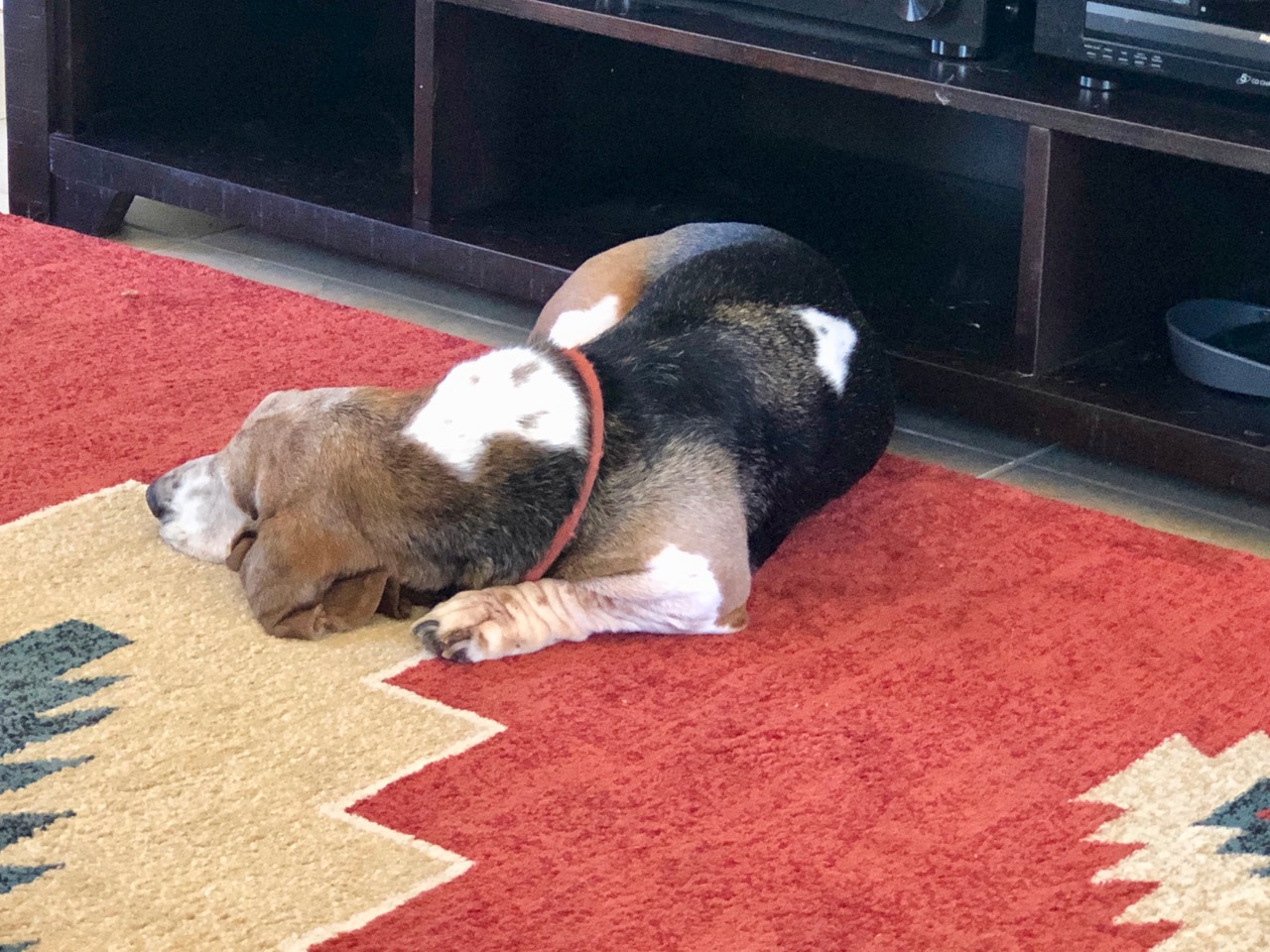 Like a wounded animal I am finding that I can adapt to the changes to me almost as well. I would have never thought of some of these solutions beforehand but as I progress into 'light' activity, I come up with some interesting solutions. For instance I have more things sitting out at a level they are easy to reach than I would normally like ... but it is what it is right now. One thing I have noticed during this period that sometimes the smallest thing can make a world of difference.

One example is having the doctor allowing me to sleep on my side instead of my back. My sleeping changed from one hour segments to a solid night of sleep. For some reason my trips to the bathroom during the night decreased from every hour to nothing or one trip at the most. I've gone from drinking less water to prevent those to trips to drinking as much water as I want. So maybe all of that is a sign of healing.

I've never used a walker before but I have seen them in action. What I have never liked about mine was the front wheels squeaked but that was fixed with a little WD-40. Hearing the hard rubber tips on the back to legs, screeching across my tile floors drove me insane. I knew the solution but I could not find those two tennis balls I had wrapped in a sock. I had them for years and used that cheap tool to roll my back on killing all the muscle soreness. I was pretty sure I had packed them when I moved because I did not buy the self-massage roller and rolling bar until a couple of months after I got here.

So where were those tennis balls? 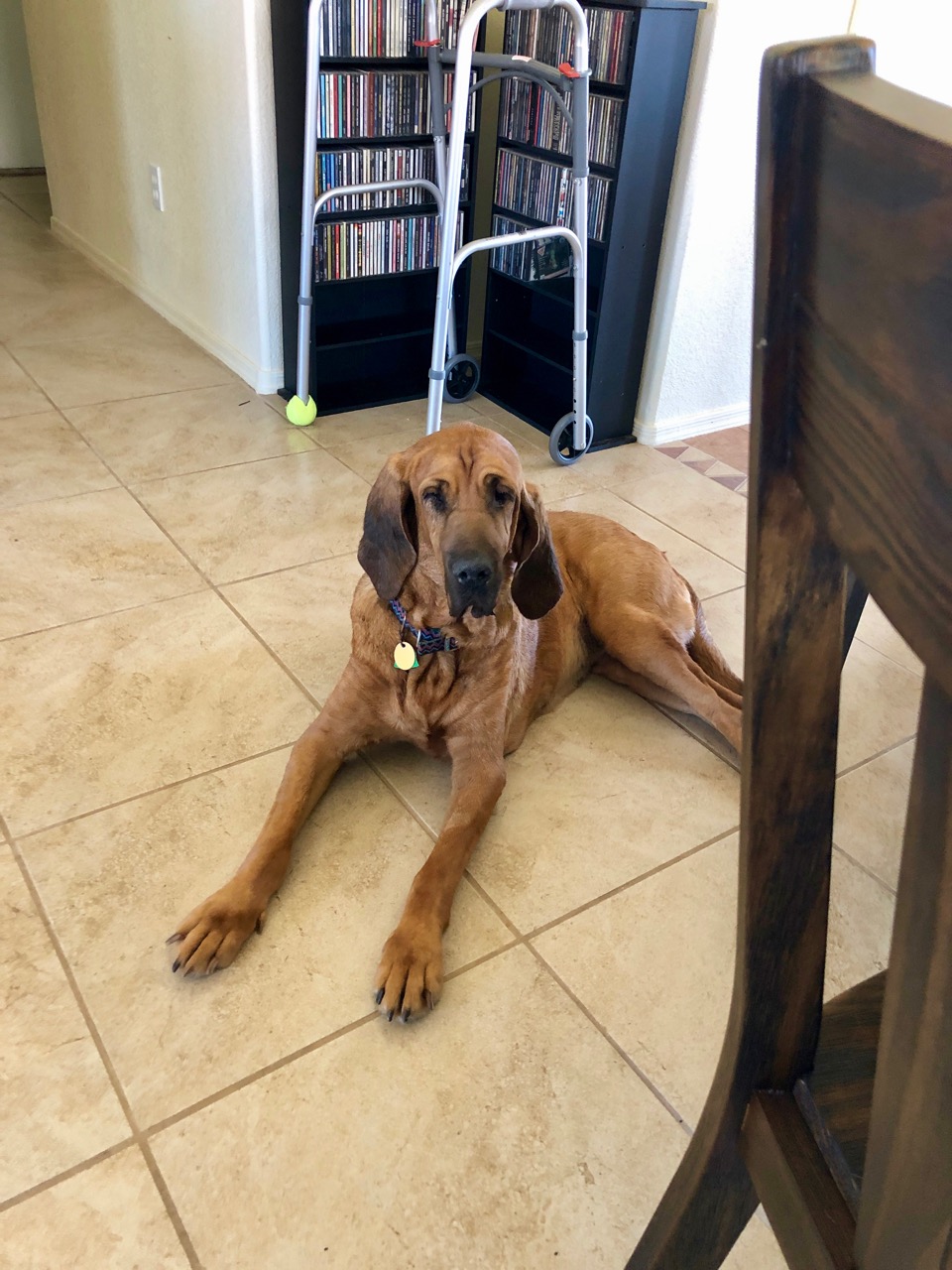 I looked everywhere. It was another time where I have misplaced something and can't find it until it shows up on it's own or a my brain defrags like an old computer hard drive ... then I remember. But not in this case. That tight tube sock with two tennis balls inside were no longer in the house, disappearing into thin air.

I wanted to cut those tennis balls wide enough so they would fit over the back leg tips of my walker. Then I would have complete silence when using it and might even use it more without that noise. No problem though, Amazon can send me three of them in a matter of day or two days. For only $3.19 per container why wait, why look a 100th time for those I could not find.

As many of you know from your past experiences .. what is lost will not show up until you have bought, paid for and either received their replacement or the replacement has been shipped.

This happened at the strangest time though. At 4:10am ... that's not a misprint.

I had woken up at 4:00am like always, so did the hounds and we all march down the hallway toward the back door so they can go outside and then we head back for more sleep. Today was much different. One of those "small things make a difference" happened just about the time I was flipping the light switch off for the kitchen lights.

THERE ... under the corner of the couch is a glimpse of a white something. I don't recall ever shoving anything under my couch nor was there anything on the floor in that area when they delivered and set up my couch. All the times I had walked from the kitchen to the living room I had NEVER SEEN that white something under my couch at the corner and just to the side of the end table. In fact it was in a place that even I could not have put them there unless I did so intentionally.

I grabbed the infamous "grabber" and headed to see what it was. 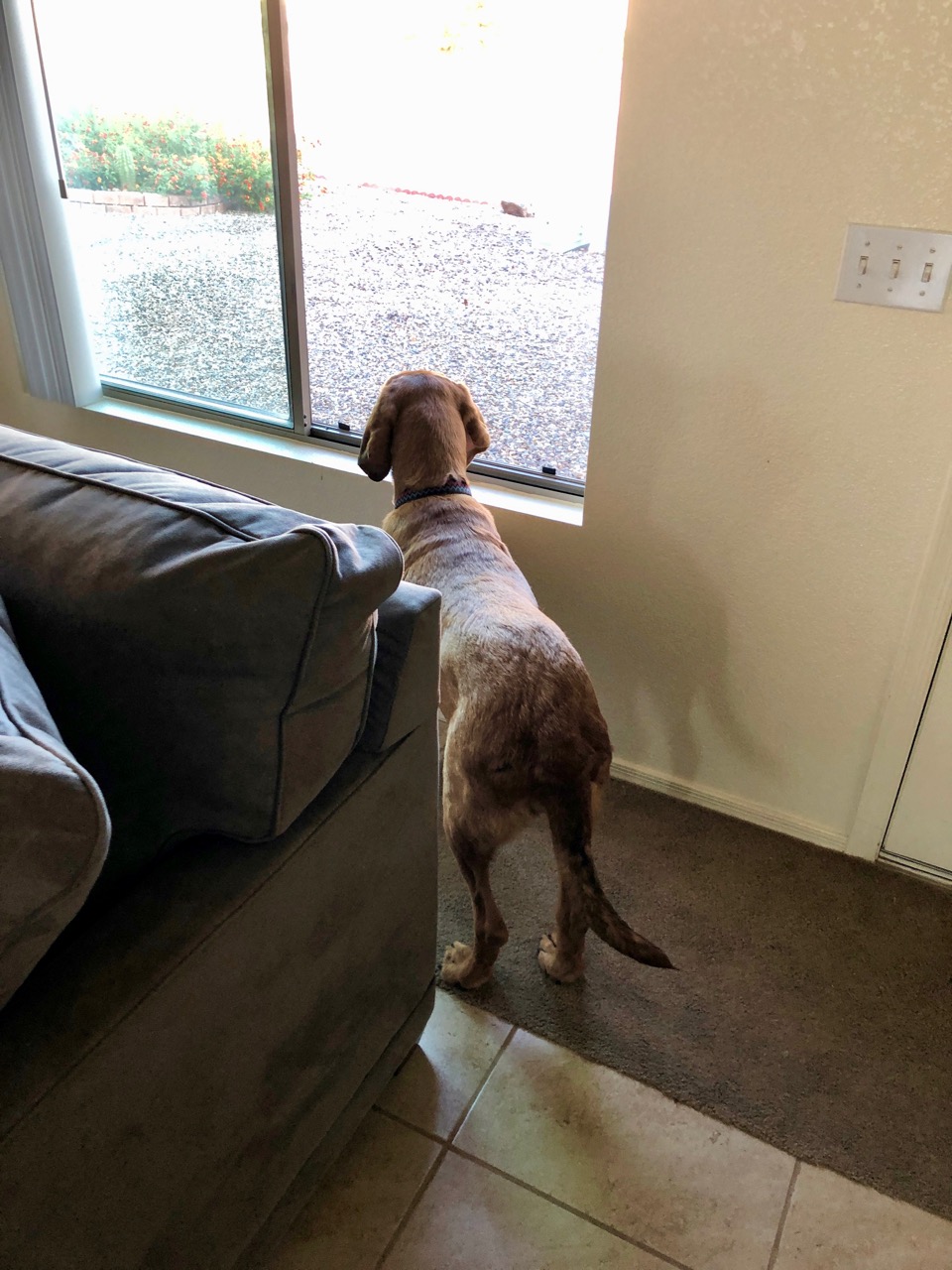 The first clue that something was wrong ... my missing compression sock was more under the couch than the end table and not in a place I had ever left it. I pulled that up with the grabber and was happy I now had the equal number of left and right socks. Nothing irritates me more than losing just one sock.

So the chance of a lifetime as I tried not to bend over more than 90° (rehab rule) but still get the grabber at the right angle to where I could grab the sock area between the two tennis balls and have enough power to pull that out from under the couch. It looked like the couch might be lower than the height of the tennis balls ... so how did that get under there.

I had to put some force on the grabber to pull out the tennis balls ... but was successful. I ran to the kitchen pulled out my exacto knife and started cutting. Long story short ... complete silence now when I use the walker with those two tennis balls on the rear legs of the walker.

What about the tennis balls that will arrive today?

I guess they will be my spares for the next 30 years if a walker is ever needed again. Neither Stella nor Heidi are into playing fetch like Sadie or Winston, so using the new tennis balls for that is not an option.

Stella is NOT the expert hider of things that Sadie or Winston was. Those two were the all-time experts in taking my things and hiding them either in their blankets, the corner of the closet floor, under the couch ... you get the picture.

Stella believes in quality not quantity. She doesn't do it often but does it well.

For example the other day after I got back from my doctor appointment, Stella was still in her crate but she had pushed out different spots of that strong black steel rod that made up the crate. The small padlock on the front door was still there but the two keys I left in the lock were missing.

Did she eat them? The padlock was turned inward when I had left it outward, so she had moved that someway with her teeth. I looked on the floor around the large crate and saw nothing ... I started looking inside on the crate floor, near the soft rubber and cloth bones she never chews on ... ah ha .... there were the two keys back in the corner of the floor under the cloth rope like chew bone ... hidden!!

They didn't just fly through the air the full length of the crate and fall in that perfect hiding spot, if you know what I mean.

So whether it's my stuff of the hounds ... small things make a difference.

Like the length of Heidi's pawnails. The new height of my dog food container where I can reach the bottom without bending over. A spatula gives me extra length to reach into the ice bucket to get ice for my water glass without bending over. My freezer is at the bottom of the fridge. That 2'-3' shoe horn gets my right shoe on every morning. A cane adjusted lower and the proper height compared to a trekking pole makes walking much easier. 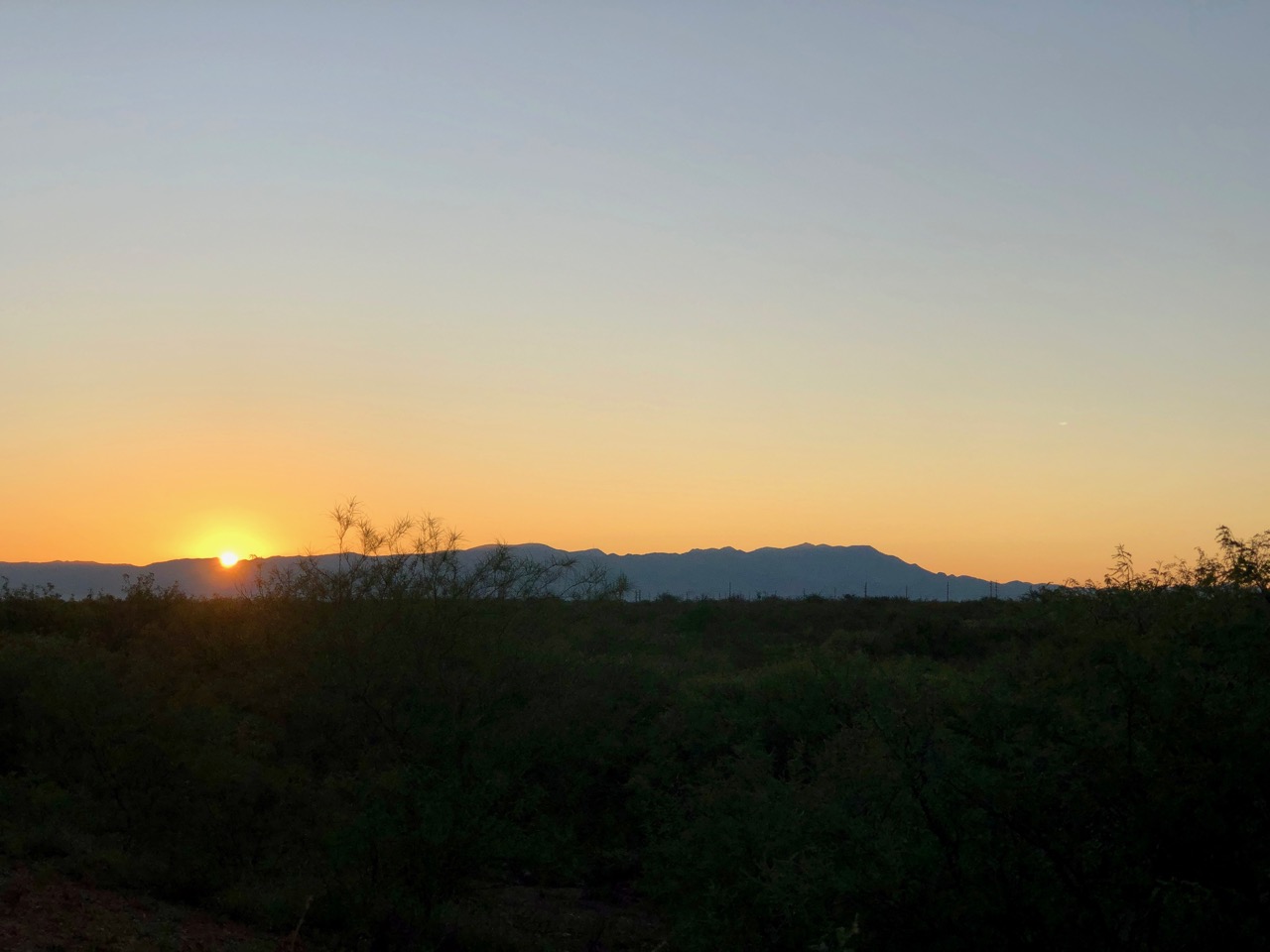 I declared today a 'rest' day. It would be a day/night of college football and general walking inside the house but very few laps were going to be walked around the fence line in what I now call "the prison yard" LOL. I may or may not walk to the mailbox, depending if they leave my Amazon shipment of small boxes on the front porch. 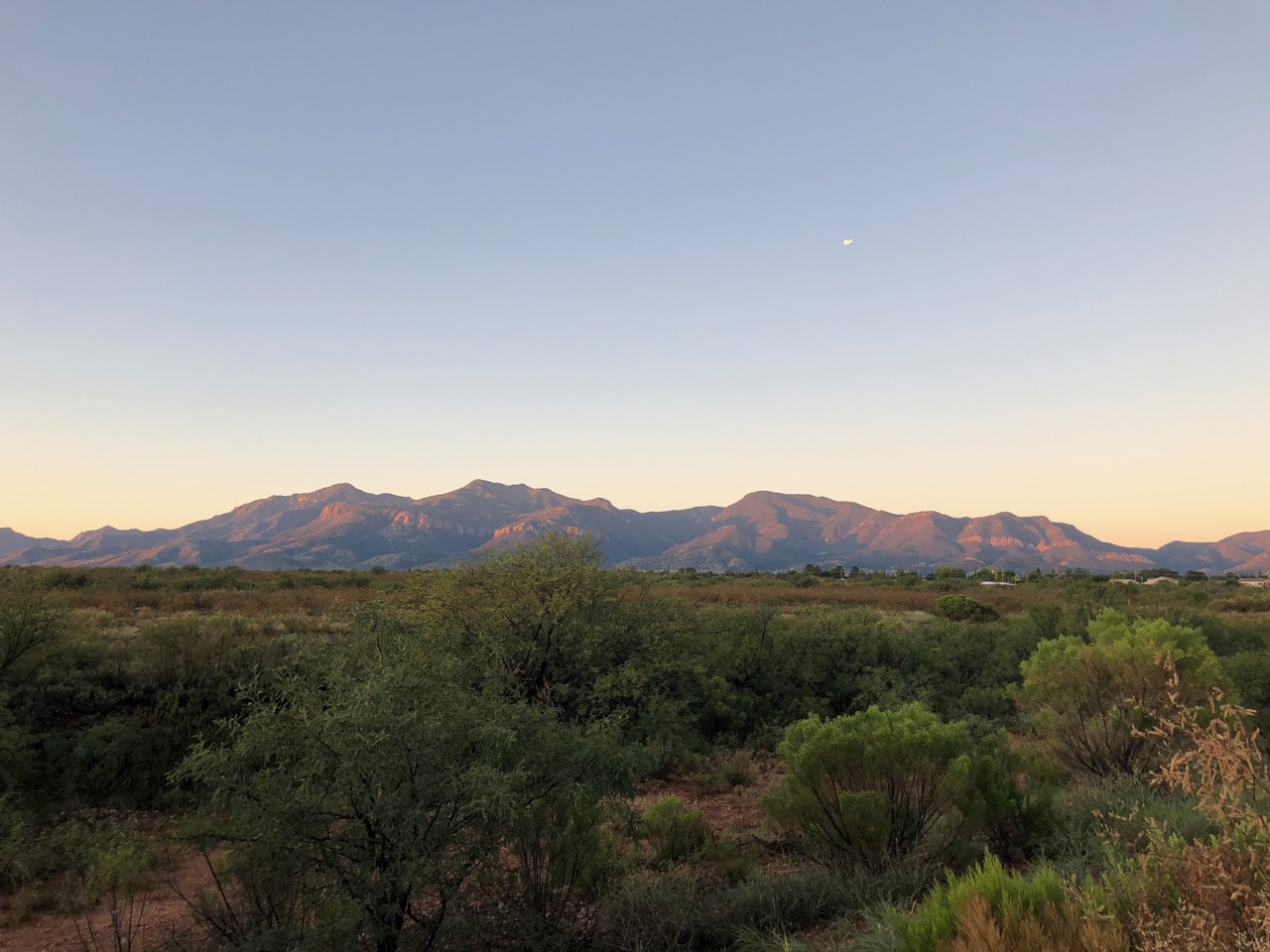 Otherwise I will sit on the 4" seat pad, straight back chair watching the games while dreaming of the day I can sit on the couch again ... now there is a future small thing that will make a huge difference. Driving is another thing to look forward to that is taken for granted. 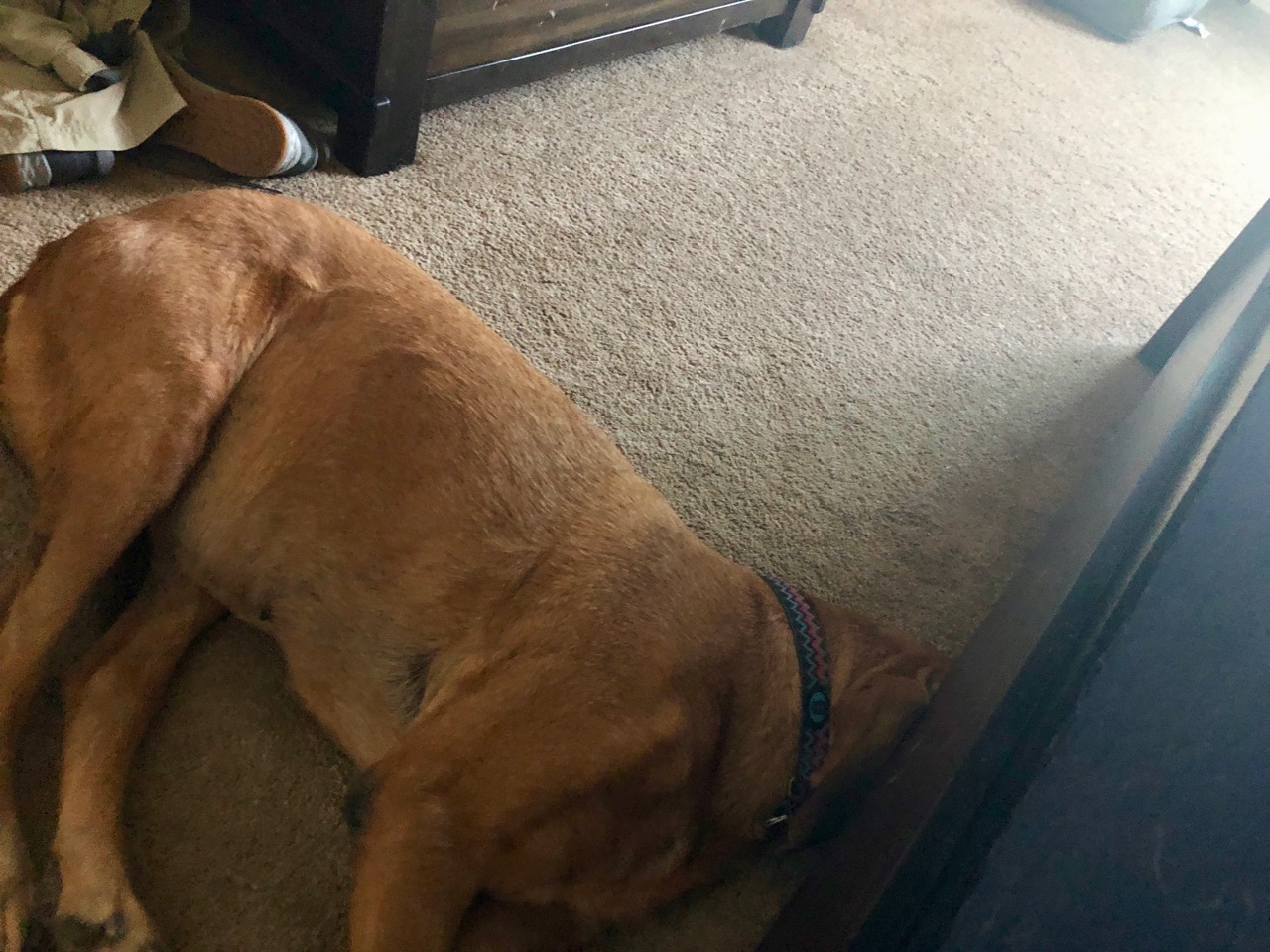 There seems to be a lot of teaching moments during this time of rehab.