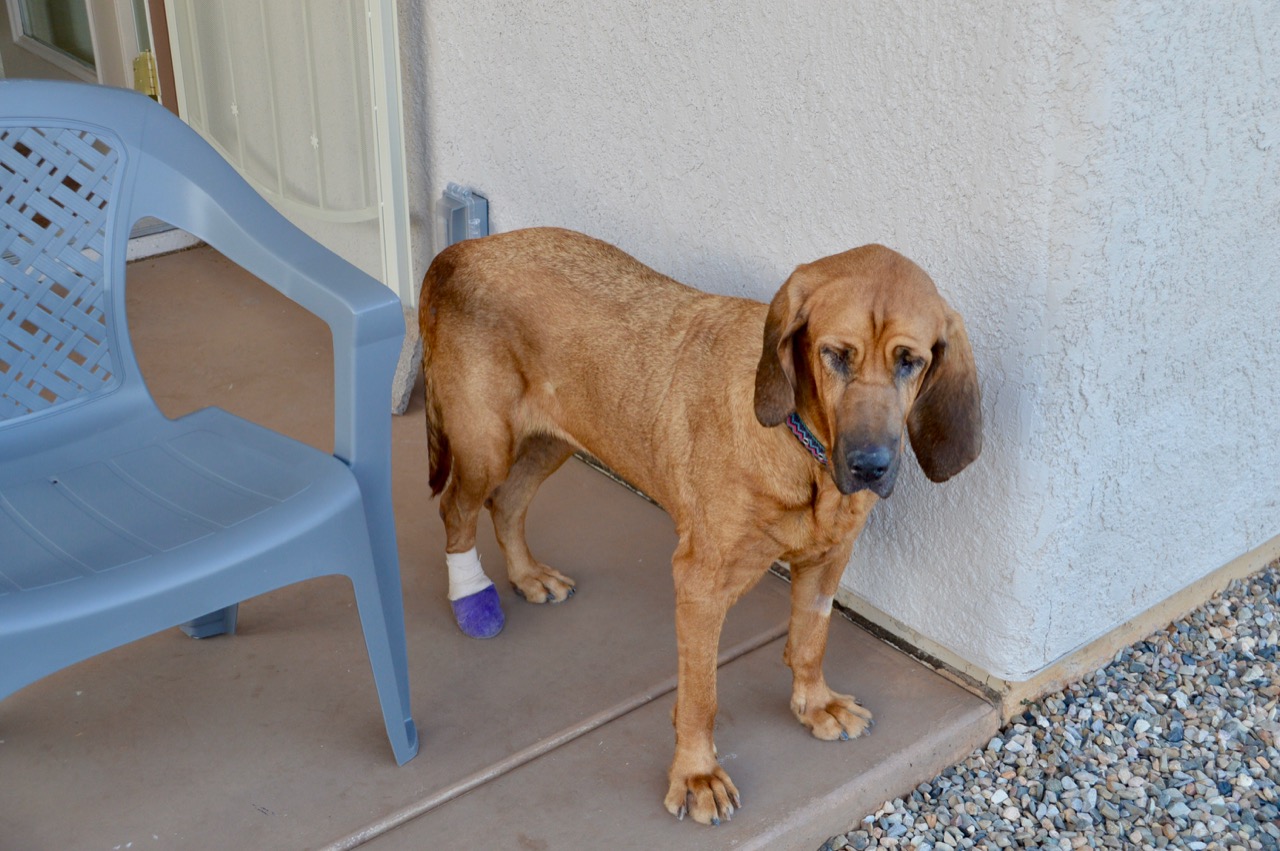 The hounds have changed their routines lately that is causing havoc for me getting a good nights sleep. For some strange reason Heidi decided last week that she wanted to get up between 2:30am-3:00am to go outside. This is after she goes outside before sleeping around 9pm. Of course that wakes up Stella and her first thought is "it's time for breakfast I GET TO EAT" ... you would be amazed how much excitement that makes her. So I anxiously wait for that routine to change as soon as possible. 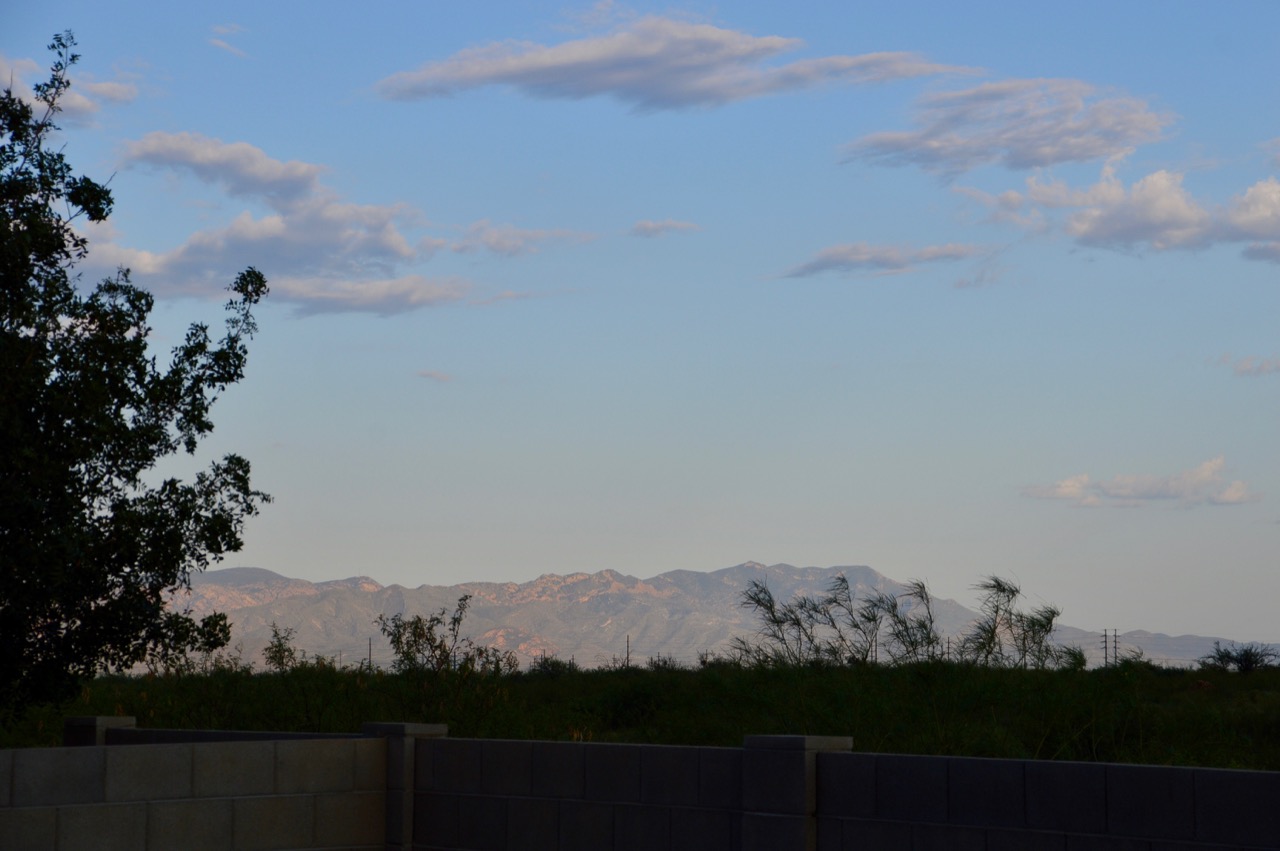 I guess the excitement yesterday was after almost three months living here, I pulled my small speakers out of their box and hooked them to the computer. After giving my old Epson printer/scanner away when I moved, I picked up a new Epson printer/scanner when I got here on sale for $45. It has been in the box since I bought it so it was time to get that thing running. I had a couple of things I needed to print out so it was time.
It was not hard setting up the wireless printer. 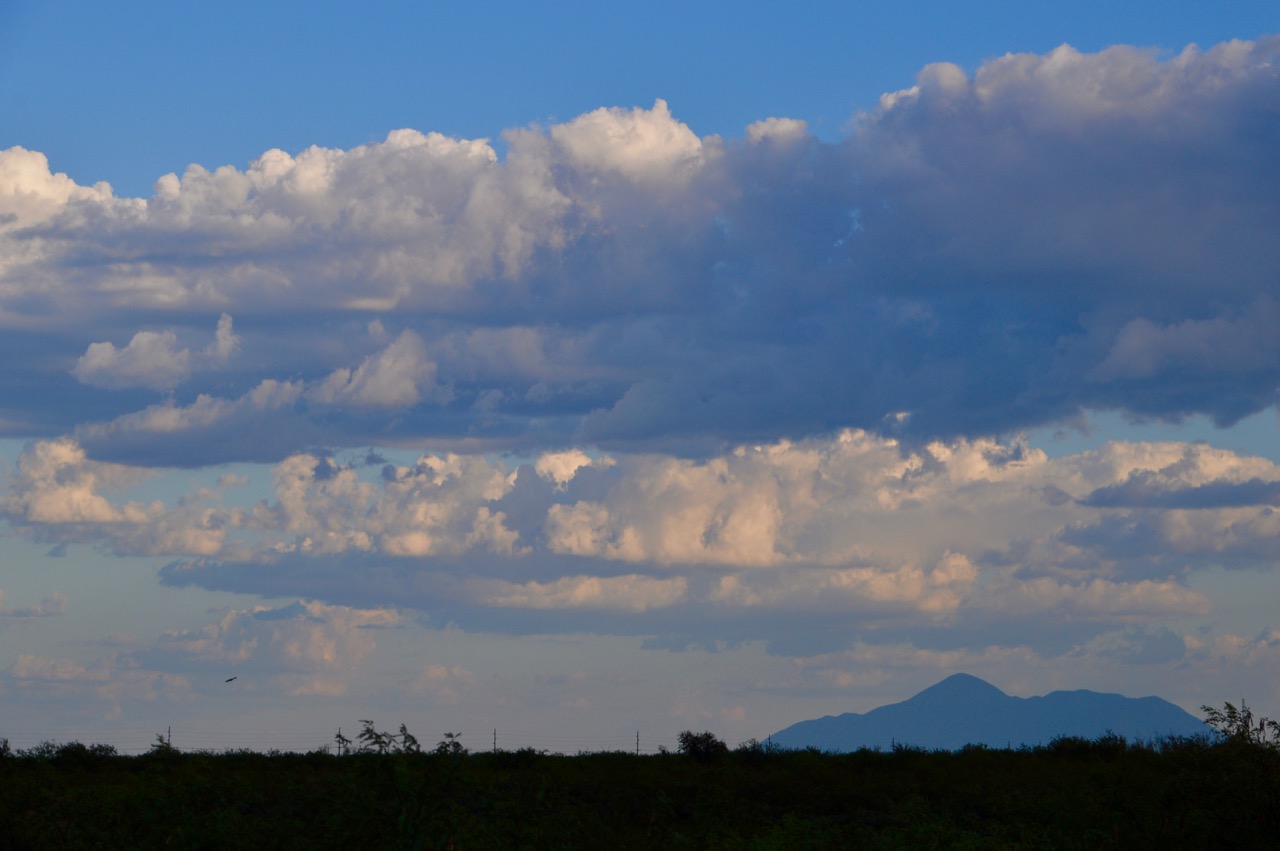 Nothing much was planned for today. I wanted to get back on the bike for the first time in a week and I did that. I saw afterward that my cut finger is healing better with just washing it and pouring hydrogen peroxide over it instead of adding the #1 recommended ointment on afterwords. I've been keeping a bandaid on it.
A trip to Walmart was almost a mistake. The place was packed and it is one of the largest Walmart stores I have ever seen. I only needed three things ... a spool of black upholstery thread, a package of two CR2032 batteries and a Krups Coffee Bean/Spices grinder. Luckily that self-checkout worked out well and I was out the door, out of the parking lot before I could even feel the million people in the area. 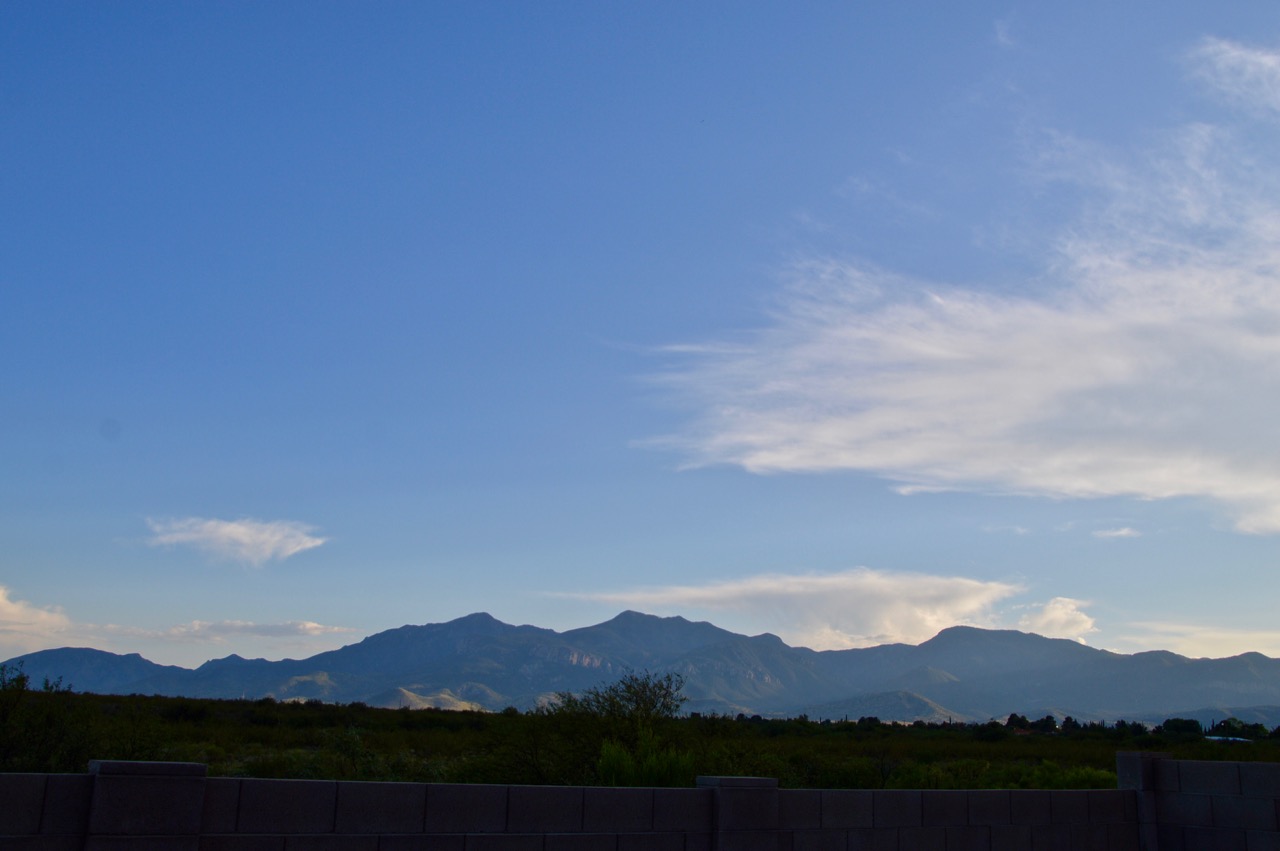 Since I had maintained my weight this past week when I didn't ride a mile or a minute I figured that I deserved a small amount of Mexican food. I knew right where I was going. It's a 'hole in the wall' type of place, in the old part of town but I always see a line of cars in the drive-thru when I drive buy.

I wanted to eat inside. I could tell by the size of the tortillas that were being warmed on the grill in the kitchen these were going to be HUGE burritos ... so I ordered two. One for lunch, one for dinner. Chicken burrito for lunch, carnitas burrito for dinner. Not only was it great tasting it was cheap. $6 and change for a two fisted burrito ... I WILL return ... plus the sign said "Open Late" ... I can live with that. 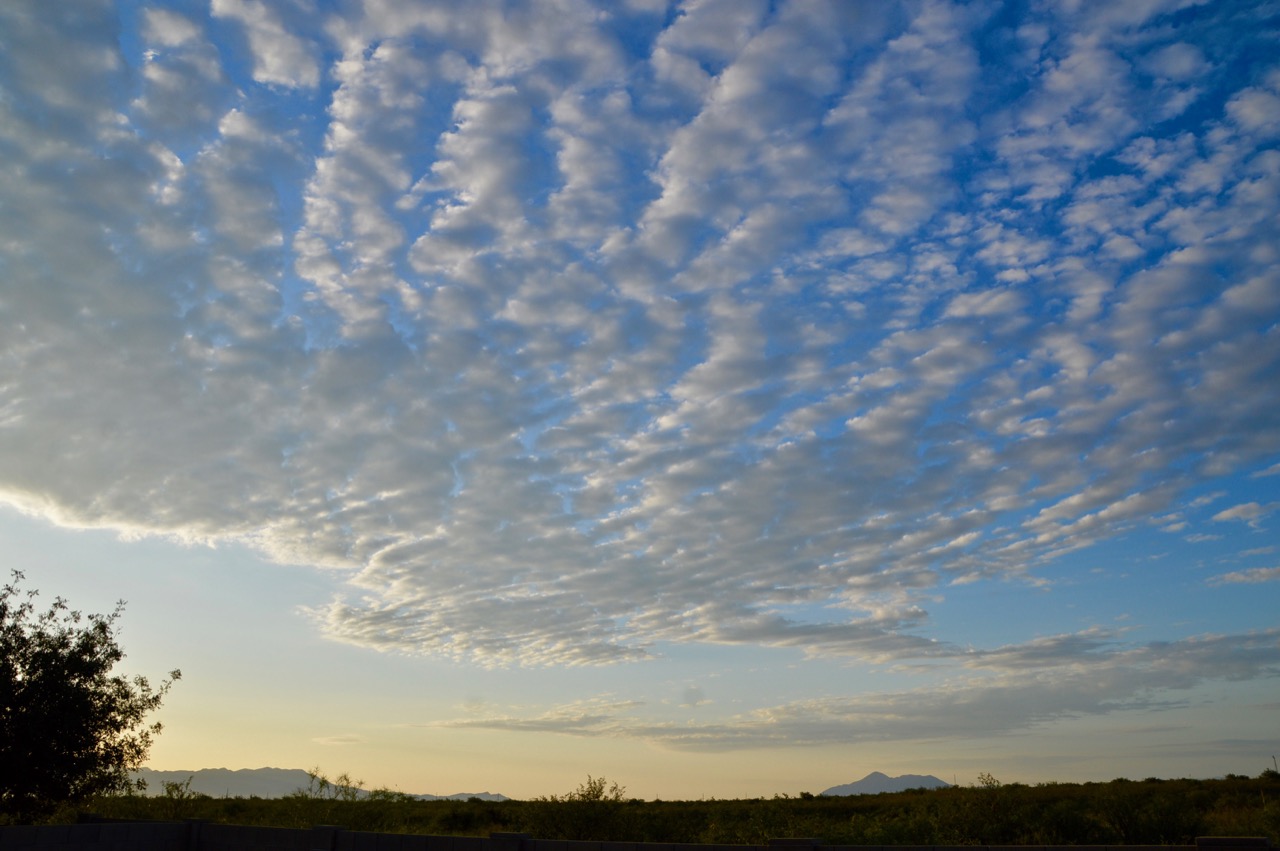 The first bite into my chicken burrito I thought I was back in south Oceanside California on Hill St. eating at Roberto's. I don't know if it is still there today but it was in the early 1980's and this burrito I was eating today was taking back 35 years with just one bite. It was just that good.

Although this was great food, the BEST Mexican food I have had so far is at La Casita Mexican Restaurant & Cantina just a few blocks west from where I was. But the BEST food had the MOST EXPENSIVE bill. I'll visit both on a regular basis though.

Oh the name ??? Filibertos. Trip Advisor ranks them #5 out of 10 Mexican restaurants in town. 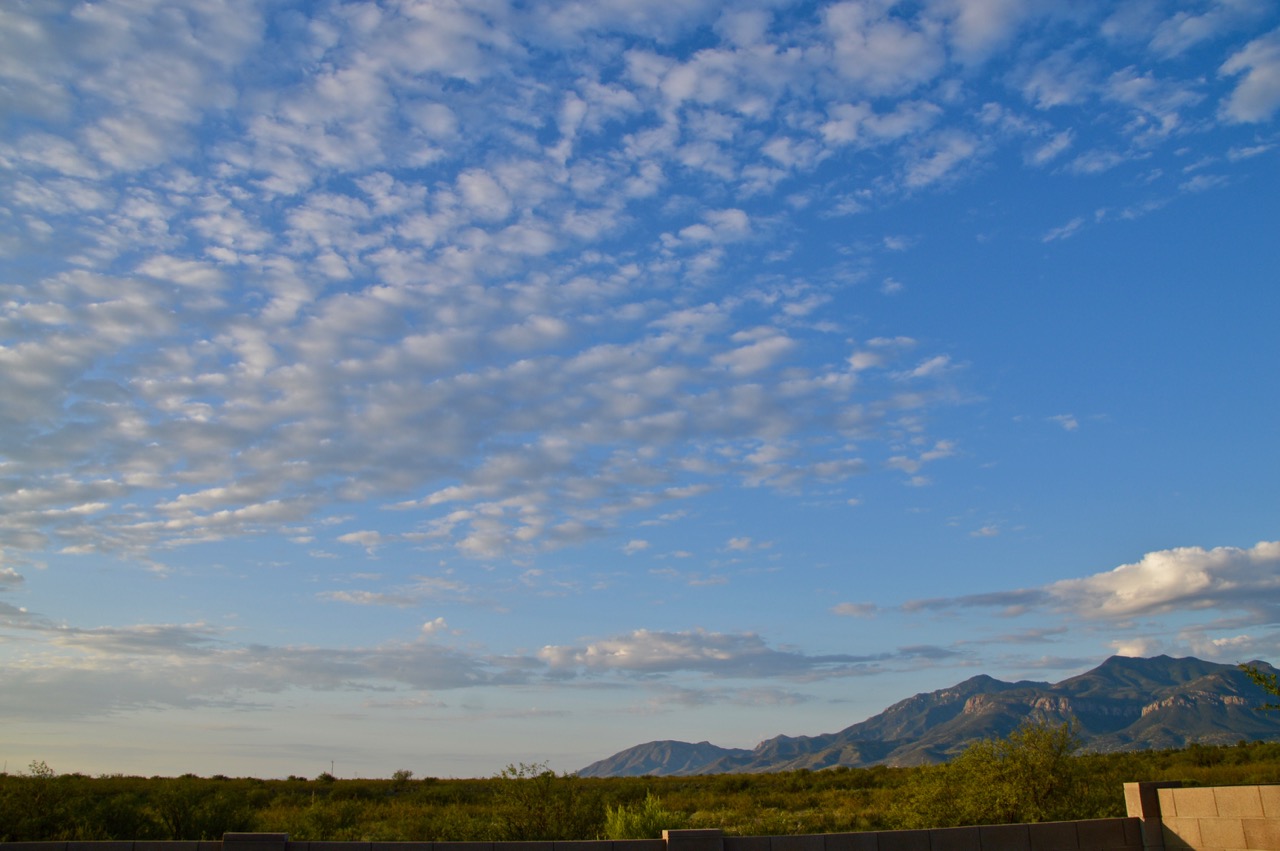 I still have MANY restaurants that are family owned and/or hole in the wall places around here to try out. I don't think I will ever go hungry in this town but I might go broke based on how expensive a basic meal can be.

It was an expensive 10 days here in the Wild West. With Stella's unexpected surgery last Monday added to my previous dental work the weeks before and the final wrap-up the day after her surgery ... ended up taking thousands of dollars out of my billfold. I'll not tell the total amount but it would make you cringe if you saw the final tally. I need to find a hot craps table a the casino to replenish my savings for that amount of money spent.

Just a few observations to add to the ones I blog about before.

Someone asked me about the daily temps ... assuming its 90-100° every hour and every day of the week. It isn't and the mountains you see in the photos play a big factor in that, plus the monsoons that pass through. Starting in the morning when we get up it is usually 62-66°. It will slowly climb to the mid-80's by 10am and then turns the heat on ... it's like an oven soon after and before I know it, it's in the mid-90s or near a hundred.

Yet by 7 or 8pm I can sit outside to enjoy the sky, the mountains, the sounds as the sun goes down. Most nights I can turn off the AC by then and sleep with the windows open. Each day is a repeat of that and this is the last of two months of monsoons so there is heavy rain in the afternoon and/or nights but not always here at the house.

My monthly grocery bill has increased about $80 to $100 per month since the move but that also may have something to do with any new tariffs with Mexico, I'm not sure. I'm told due to water rights, we are getting our avocados from Mexico and they are about half the size that we get from California.

For a town of this size I don't read or hear about a lot of crime. It's very quiet here in the neighborhood all the time and at night you hear almost nothing, even from town. No sirens, no gunshots (not expected).  I don't see a lot of crime headlines in the local online newspaper that I don't have a subscription to.

Holiday today ... I hear a knock at the door. I glance through the peep hole in the door and see two young boys at the door so I answer it since they most likely are not going to try to sell me water filtration systems, meat, or want to control my pests. One has a rake in hand, the other a broom and they almost shocked me with their question ... "do you have any chores we can do?"  I told them I didn't right now but to be sure to come back because I will eventually. I want to help them make some money with motivation like they showed.

The pest control companies, the water filter companies and meat selling companies ... oh yes, the security companies must have finally taken my address off their boards. I haven't had them knock on my door in weeks. I can live in peace now.

On occasion she will sneak off into the dark big walk-in closet for a short siesta or the living room.

Heidi on the other hand is in her own world and sleeps in different rooms in her favorite spots depending what day or night it is. Like I said in a comment the other day, she has been having some problems not knowing where she is exactly. It's not because we moved because she was doing the same thing before we moved. I first I thought she was going blind but the vets have said that is not the case.

Due to a change in coat texture and a little more itching by Stella ... I have changed from a dog food we have used since February 2017 back to Fromm Gold for Large Breeds. I found a Fromm retailer downtown and the same deal as I had in Indiana years ago .. buy 12 bags get one free. Their biggest bag is only 33 pounds so that will not last long and it averages out to a $3 savings per bag after 12 bags are bought. I have always liked Fromm dog food's quality. Plus it's family owned.

Just like I knew before I moved here, I really like all the different business the town has to offer. I was just on the outside SE edge of Tucson on Friday and couldn't wait to get back home where there are fewer people and a lot less traffic.

I'm sure I am forgetting something that I was going to blog about today but this is about it for the day. It's been a very nice weekend here in the Wild West.
at September 02, 2019
Email ThisBlogThis!Share to TwitterShare to FacebookShare to Pinterest
Labels: Bloodhound Anxiety Issues, Cost Of Living, Epson XP-4100, Hounds Routine, Mexican Restaurants, Older Basset Hound