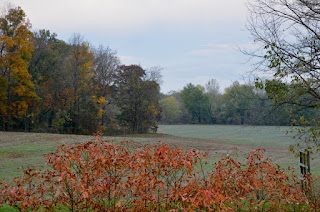 A cold wet hound nose woke me up as it was bed level high nudging my hand while Stella stood next to the bed. That is the normal routine most of the time.

As my eyes opened I could see it was very very dark outside ... and Sadie was whining just a little, telling me she needed to go outside.

So the day started early and we stayed up after the initial trip outside. Remember that I am a sports junkie and actually have never been into politics that much. That was until this year. I headed down to my local fire station to vote and was in for a shock where a line went out to the street before 7am. 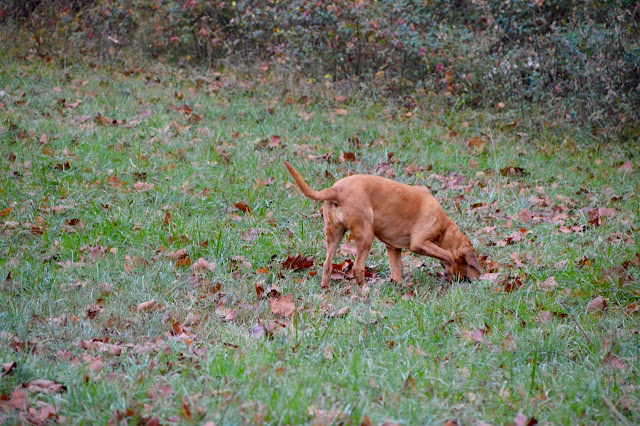 I returned home, the hounds were reading to start their walk and even that was going to be an hour or more earlier ... it is Election Day, so why not. Coffee had already been consumed, it was light enough and time to go. 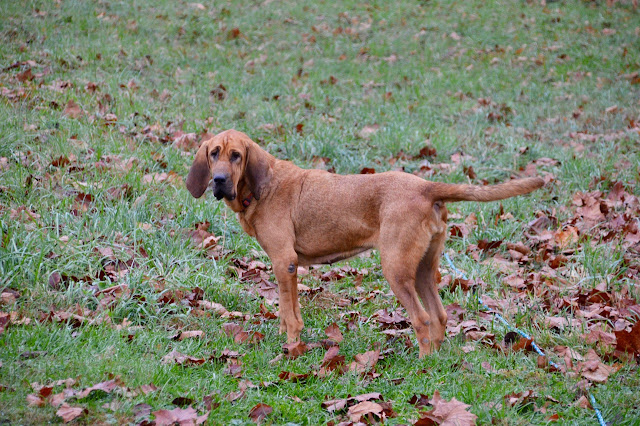 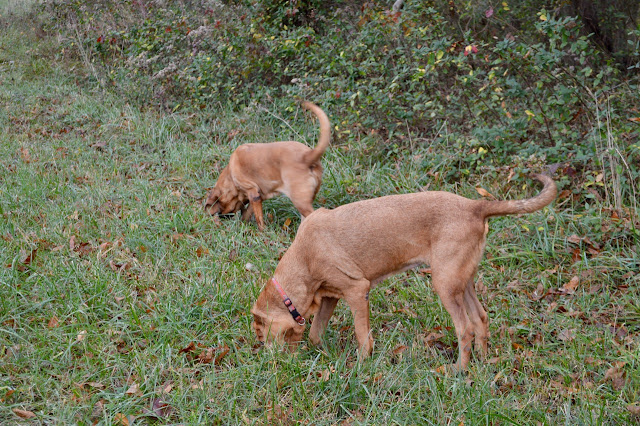 By the time we got to the first turn, Stella had found something and she never left. I didn't even bother trying to call her to leave ... Sadie and I continued our walk. 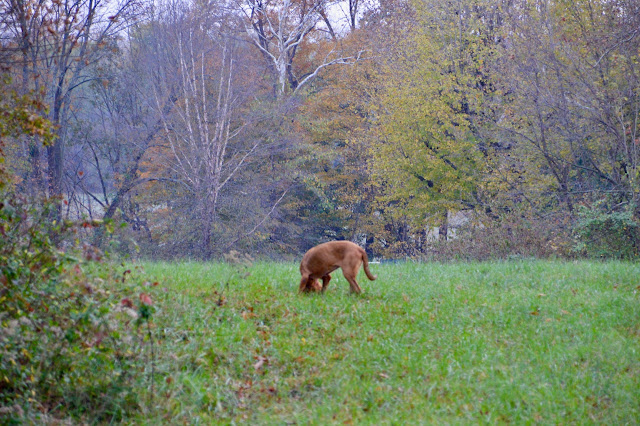 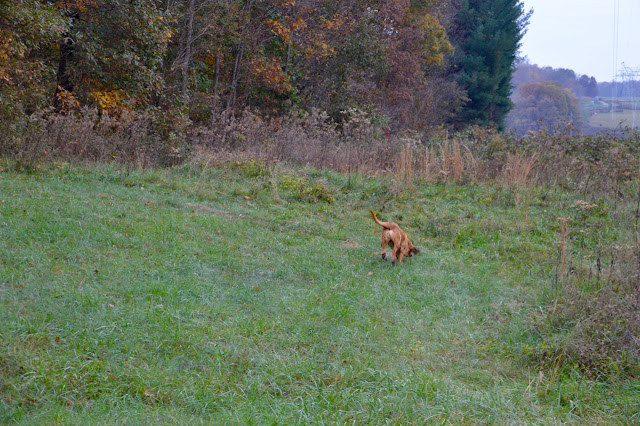 As Sadie and I walked along the back edge of the field, Stella was still in that same position up by the first turn. 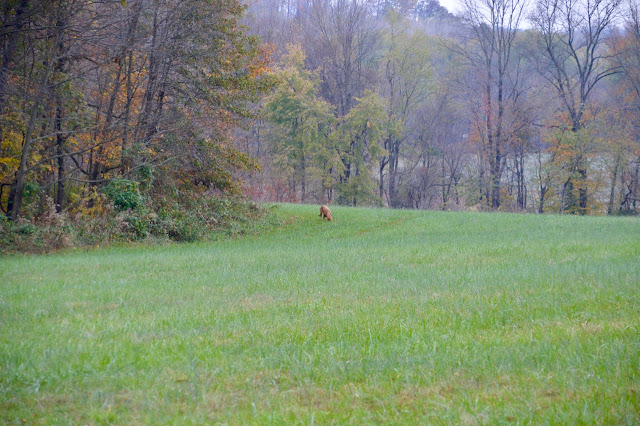 Sadie looking back for her friend. 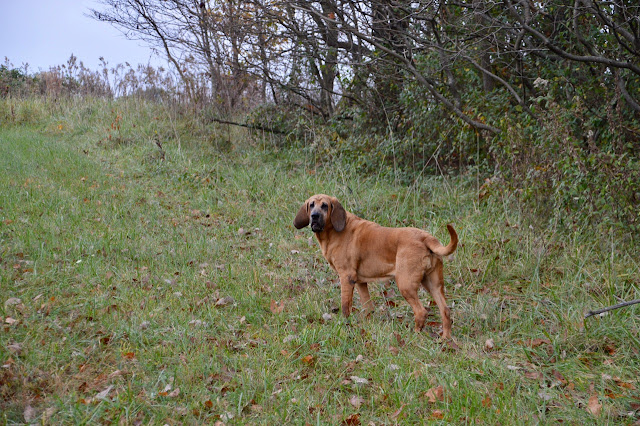 About the time we turned to head home, Stella came running toward us and then both were ready to head home. It was nice walking this time of day. 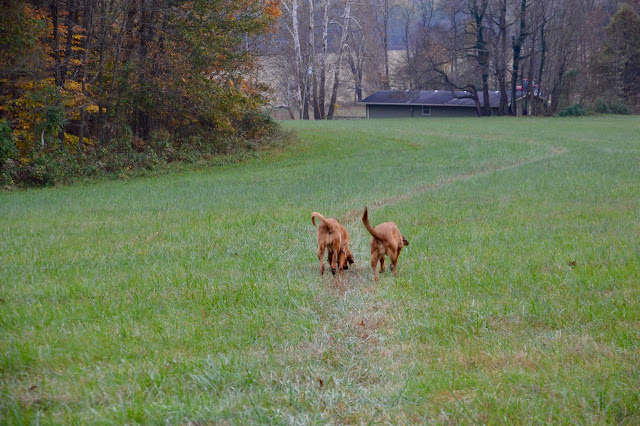 While Sadie trotted home, anxious to get back inside for her nap ... Stella moved back to her original spot and wouldn't move. I had to tell here we were going home, before she would take off in our direction. 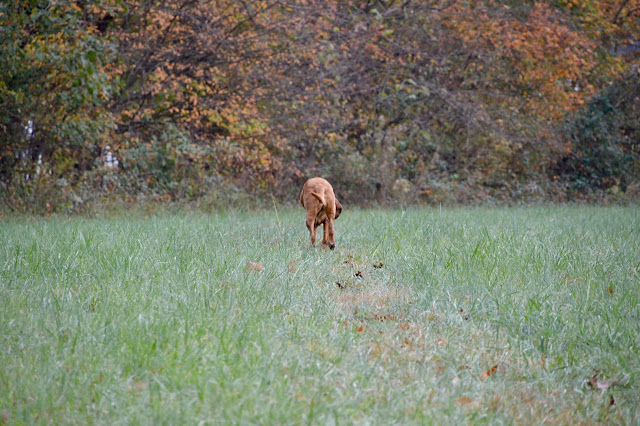 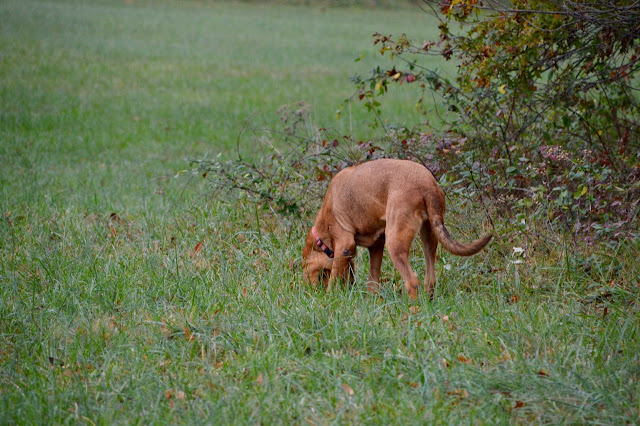 As Stella and I headed home, Sadie had reversed her path and came sprinting at Stella ... for the first time in a long time, they started playing in the field and not waiting to get to the backyard. 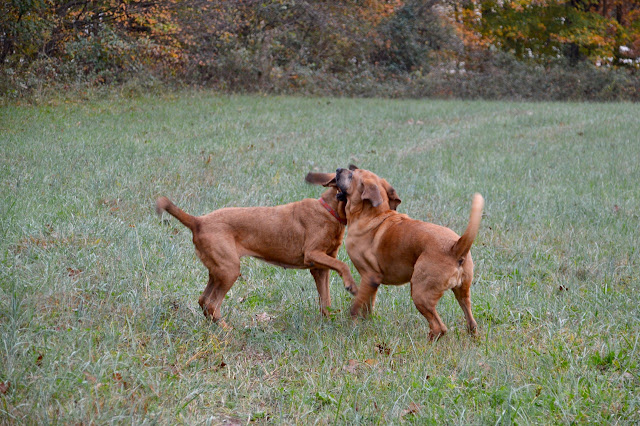 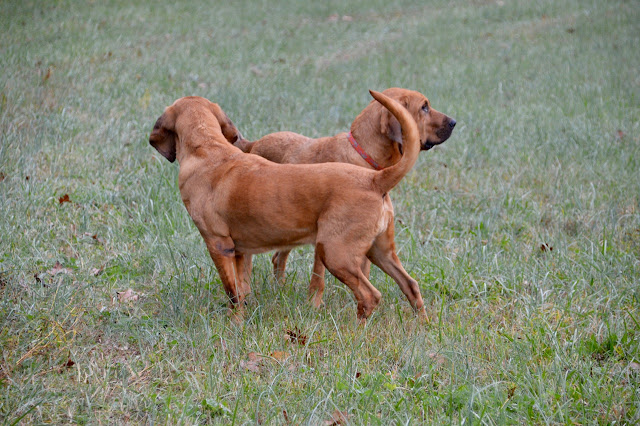 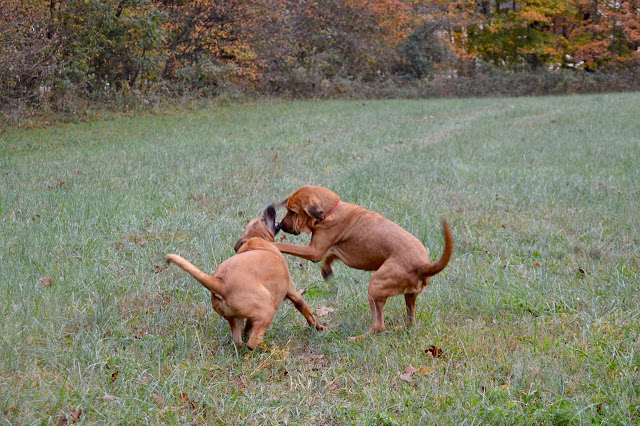 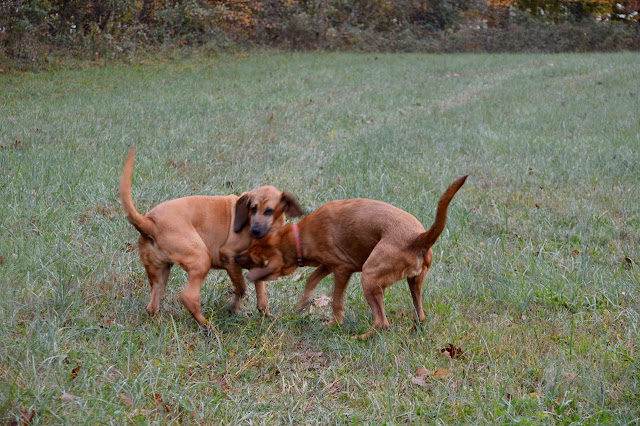 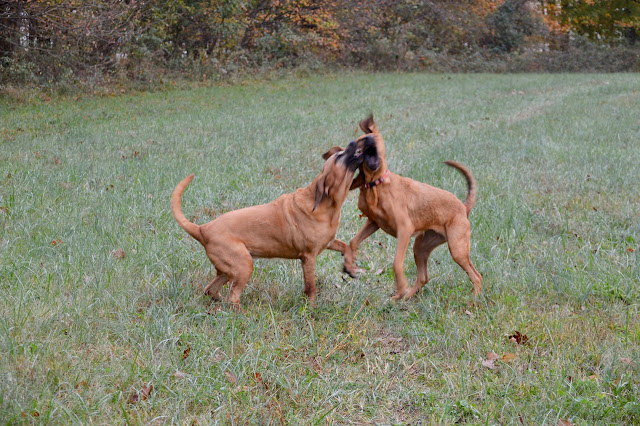 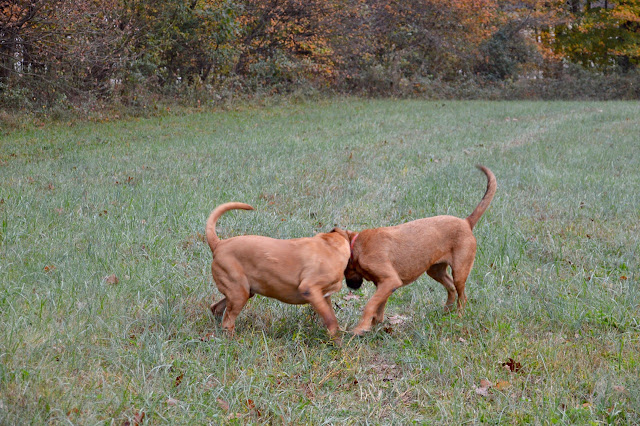 It's funny how they go from intense playing to stopping immediately. They have never been mean with each other, have never growled ... just good clean wrestling. 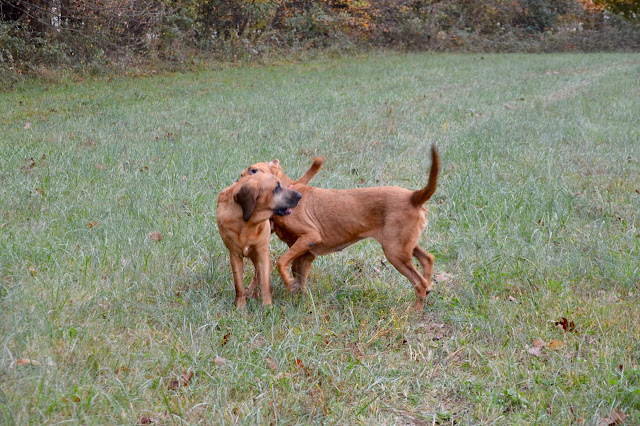 I think both were anxious to get back inside and start their morning siestas until their lunch is served. I am trying to get back to a 12 noon feeding time and then keep that the same year round. So the hounds would not be changing their lunch times just because they tell us we have to change time. 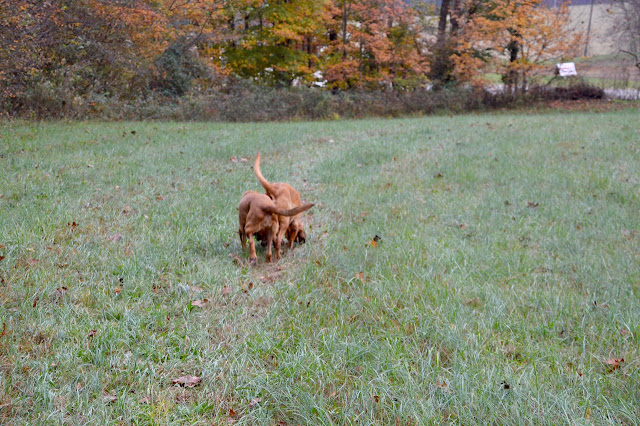 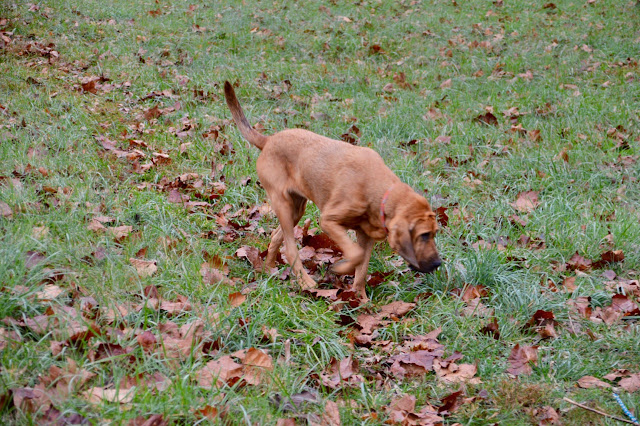 I am going to go ahead and post this early today. Rain is predicted around 4pm but I hope to go out about noon or 1pm and finish raking my leaves. There are not many leaves left so it shouldn't take long.

Looking at colder weather later this week in 'the tropics' of southern Indiana.
at November 08, 2016