The Hounds Have a Bad Day 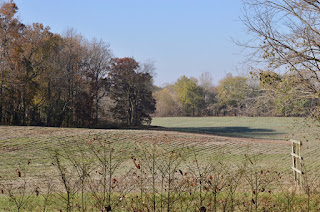 Wow ... what a day. So much happened today I am not sure where to start.

The weather was fantastic and we spent most of the day outside ... well, not all of us and I'll get to that.

After lunch was served we headed out for our daily walk with Heidi staying back at the house protecting the yard and hopefully would find my missing steel hinge pin for my lawn mower. The walk started out normal and I decided I'd take and post as many pictures with the camera lens set at 200mm. 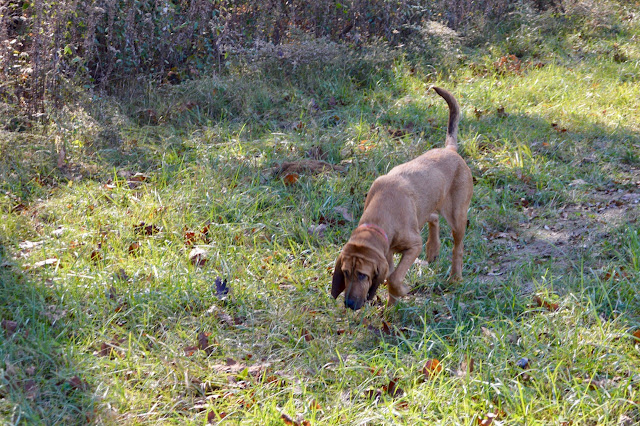 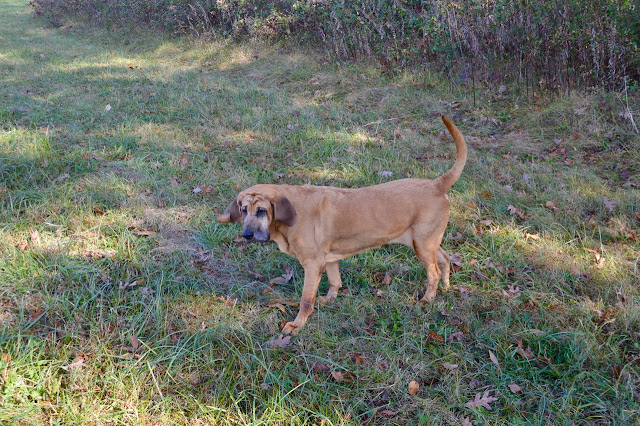 I decided by the first turn, with Stella stopping at her normal spot recently, that I was going to let them do whatever they wanted and I was going to walk nonstop. That would turn out to be a bad decision but one that I had been doing at least the past 5 years !!!! 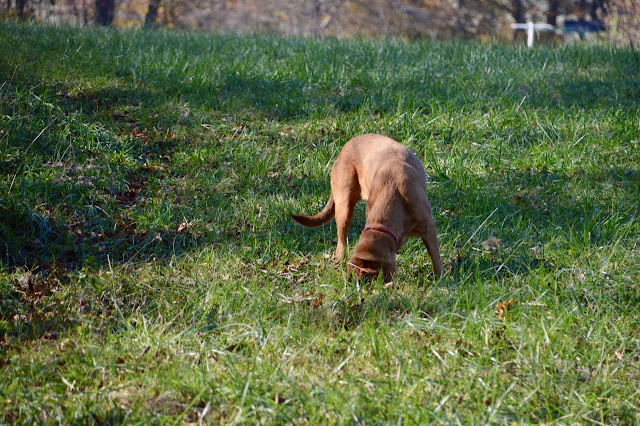 Still going normal at this time and I was not aware of what would be happening for the last half of the walk. 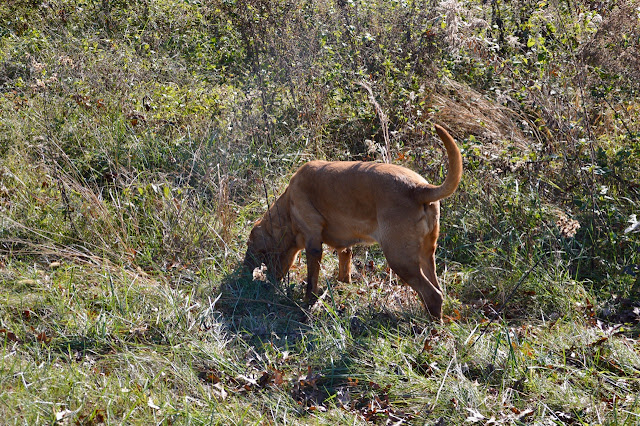 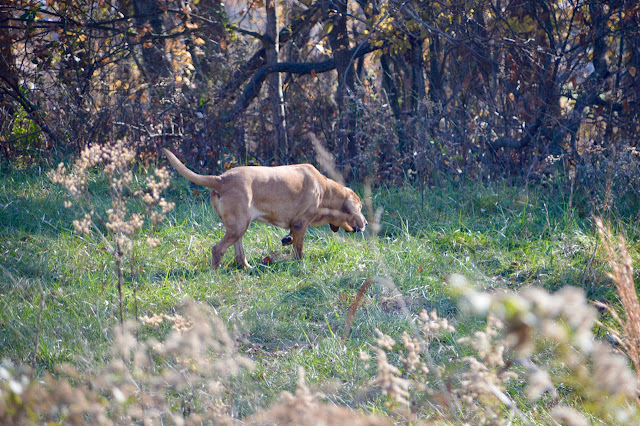 Stella decided to run to catch up with Sadie. I was already veering left, following the path to the back edge of the field. The hounds were headed for the far right corner where what I call the 'deer highway' is located. 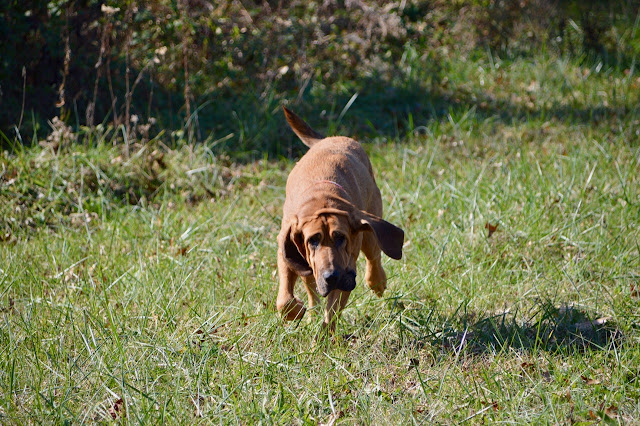 I have walked the edge of the field in back and when I took this picture I was about to make the final turn heading home. I could tell by Sadie not running toward me that they might not join me for a while but probably would before getting out of their sight. 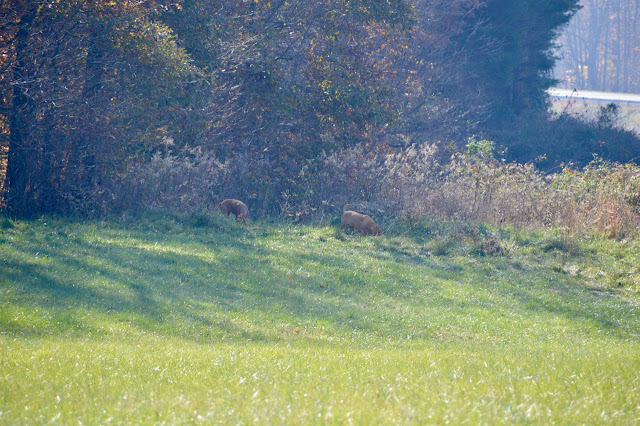 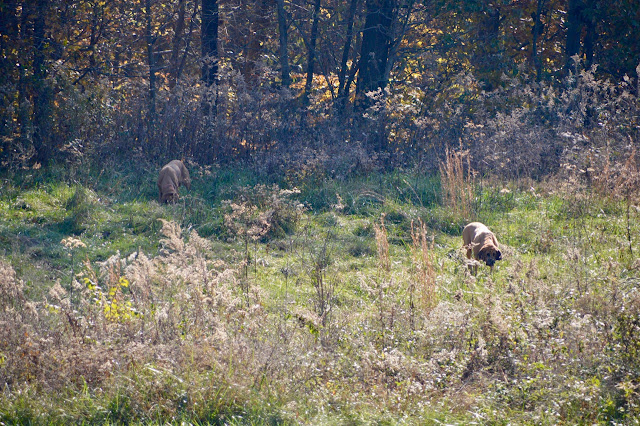 I knew for a fact that when Sadie looked right at me and didn't come running like she normally did ... most likely the hounds were moving into "new territory" ... they were NOT going to catch up to me. I just had a gut feeling I would be sitting in my chair outside at the house waiting for them. 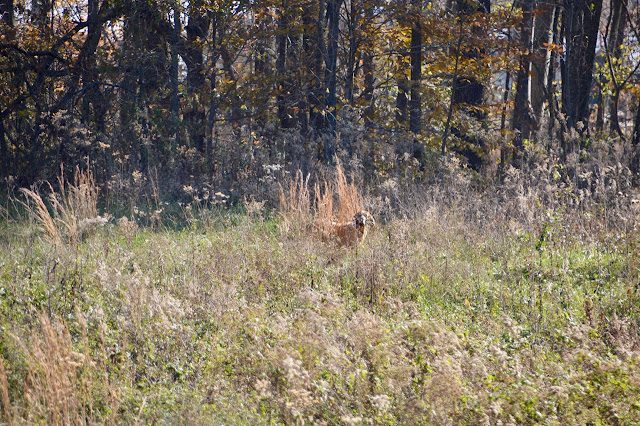 Getting closer to home ... no sign of the hounds. 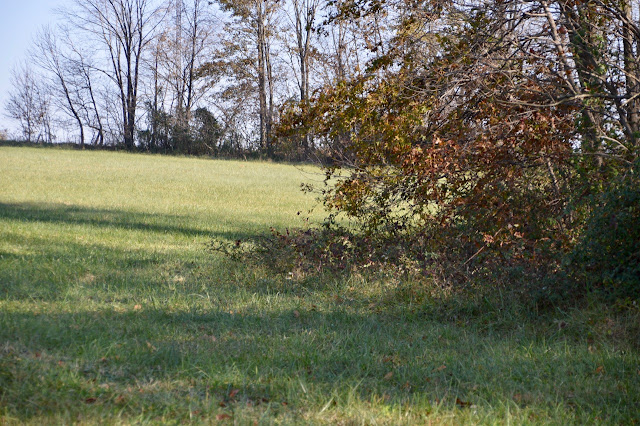 Another 50' closer to home, no signs of the hounds. 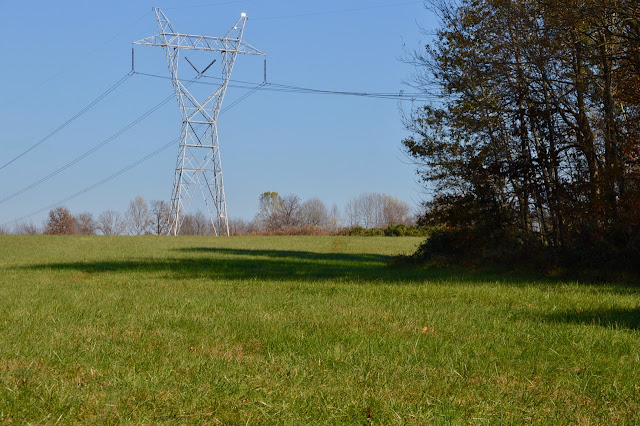 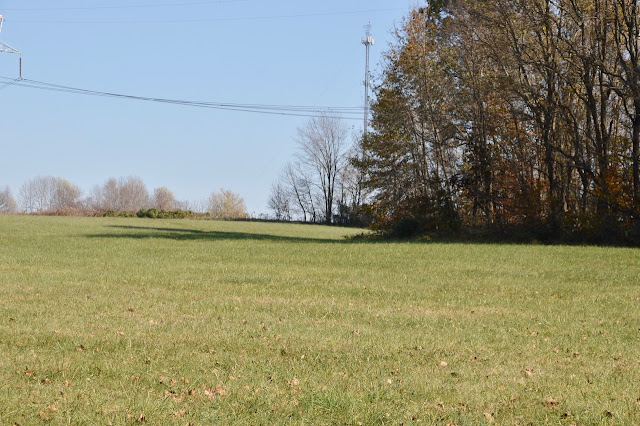 I got back home, pulled up my chair and waited for the hounds. I really thought when I lifted the camera and focused at the corner I would see them running home. Once again I was wrong. In fact I was really wrong.

After 5 more minutes, no sign of the hounds and now I am a little concerned. I wasn't going to walk all the way back to the field, so I hopped into the FJ without my camera. They were still at the back right corner doing what the pictures were showing before. They were startled when they saw my FJ or most likely it was 'a vehicle' ... they didn't know it was me.

Once Sadie saw me turn around to go home. BOTH HOUNDS STARTED RUNNING BEHIND THE FJ !!! They ran nonstop and as hard as they could. So I guess one good thing out of this is they had some nice exercise.

I didn't consider this to be a good experience for them. Back to that theory "you give them an inch they will take a mile" and will try to do that again in the future. They will always try to stretch their boundary. 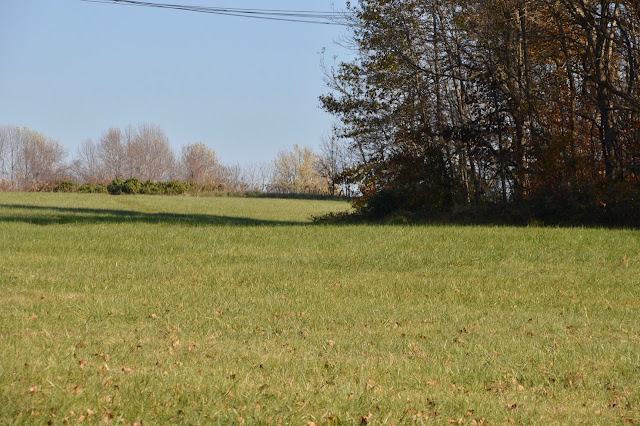 With the winds pretty calm and blowing toward my property and not the neighbor's I decided to burn my pile of tree limbs. I stretched the hose out from the house and found out that it reached all the way to the pile. I didn't need another hose to add to the one I had. 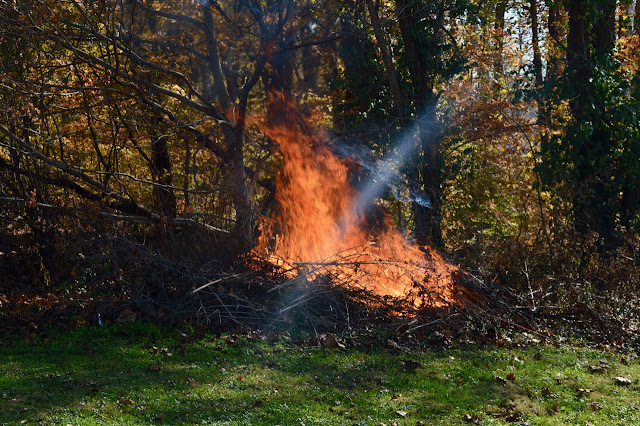 I stood there with the hose next to me and the water turned on, plus a rake. Since Stella kept wandering off I put her on the tether anchored in the field. That didn't matter since she moved into the yard and slept most of the time sleeping in the sunshine.

There was a reason I had to tether her. 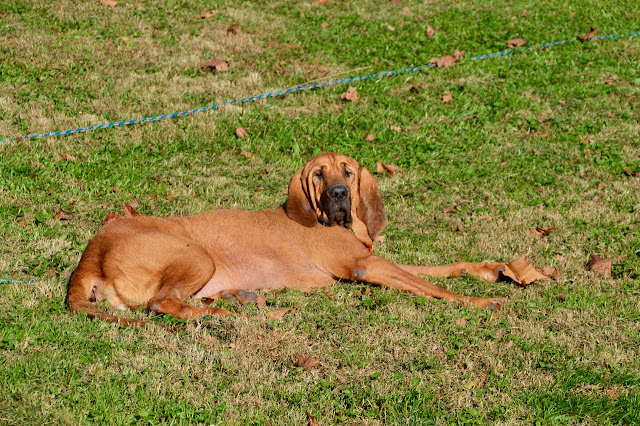 Now the 2nd bad thing of the day happened. While starting the fire, Sadie and Stella headed into the woods behind that fire. The had NEVER been in that area ... ever. That woods follows the neighbor's property out to a country road. The woods is pretty deep and thick, walkable but not real good since the ground stays wet and muddy most of the time.

I made sure the fire was under control and headed into the woods calling their names. By this time I am pretty pissed about the whole day of having bloodhounds. They have really tested me on this last excursion. 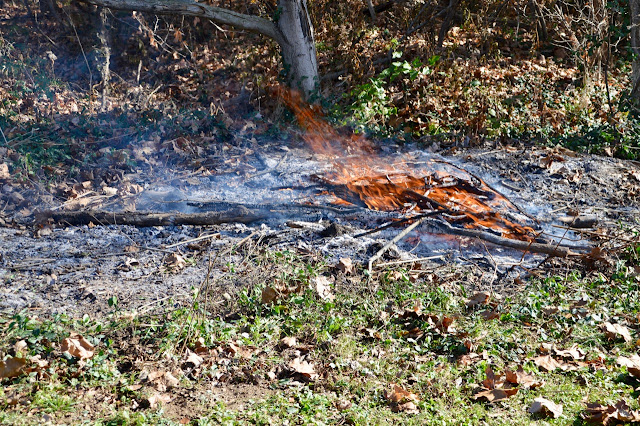 Once again, Sadie stopped looked right at me and then turned and kept walking away from me ignoring my calls. Stella understood my tone of voice so she started coming toward me. Or it might have been the cussing I was doing. 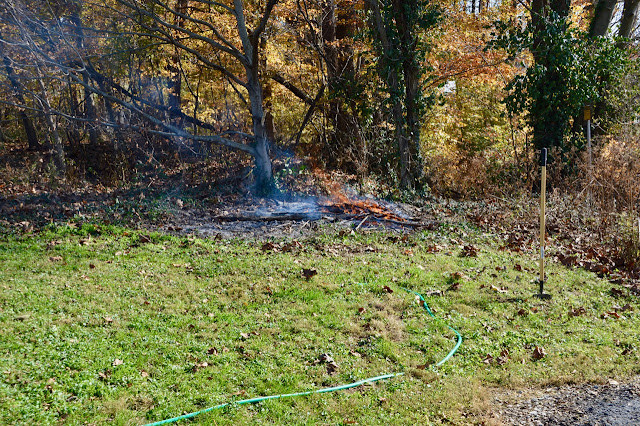 So Stella was attached to the tether where she slept outside most of the afternoon. I moved Sadie inside with a pretty stern lecture between the woods and inside the house. I doubt if she cared. I snuck around and looked in the windows since she had free run of the house. She and Heidi were sleeping on the dog bed in the corner of the bedroom.

So much for the lecture. 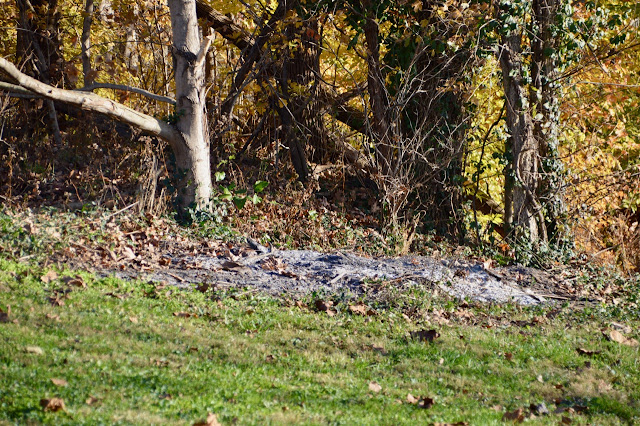 I ended up burning the bank just to the right of this burn pile with hopes of burning all of the dead ragweed and leaves. I was able to clear most of that area but it did not burn as hot as I expected and some was left behind. After I made sure that all the simmering pieces of wood were put out with water ... the hounds and I took a walk.

Sadie obeyed every one of my comments while Stella was on the 25' retractable leash. Neither one of them tried to veer to the famous spot of the far right corner of the field this time.

So Heidi wins the "Hound of the Day" award today. It was great weather with Thursday and Friday being even better with temps in the 70's before it falls with highs in the 40's on Saturday.

A rough day for the hounds here in 'the tropics' of southern Indiana.
at November 16, 2016