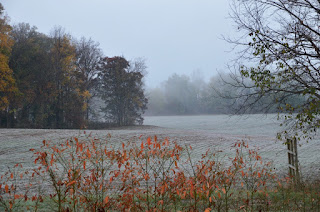 I started to type this and realized from the clock in the upper right corner of my monitor, it was not even 10am. The hounds and I are still adjusting to the time change ... no big deal.

One thing I am not adjusting to is colder temps and knowing that winter is just around the corner.

It was quite a surprise this morning as I opened the door to let the hounds outside and freezing coolness hit me. I'm not a fan of that type of weather. The fog made it a nice morning though, a different feel to the day ... the hounds didn't notice. 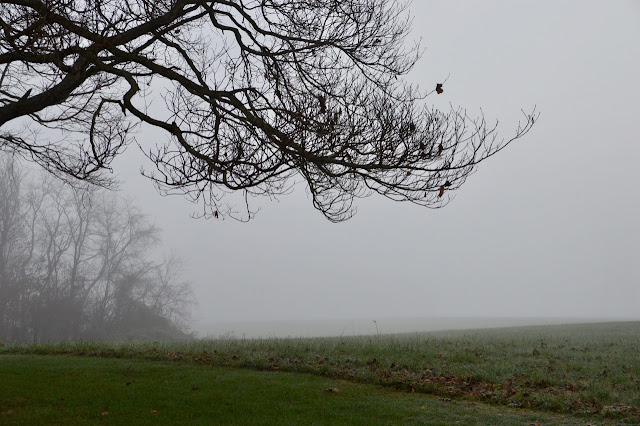 They were ready to walk around 7:30am, I wasn't ... nothing starts until coffee is consumed in my world. I did not drink coffee until I was 40 years old but in the early 1990's living in the Seattle area, the addiction started. Small espresso stands scattered throughout my town of 10,000, even with a couple of drive-thru businesses. 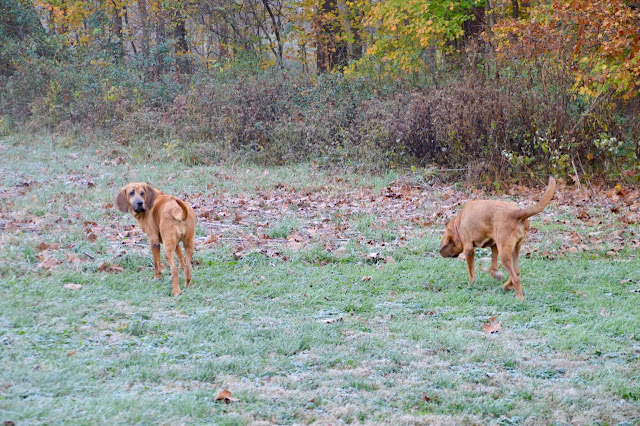 With Sadie not adjusting to the time change at all, she was giving me the stare down to 'go walk' by 8:30am ... we started it a little after 9am. This fog and the temperature at 37° ... but didn't feel that cold. 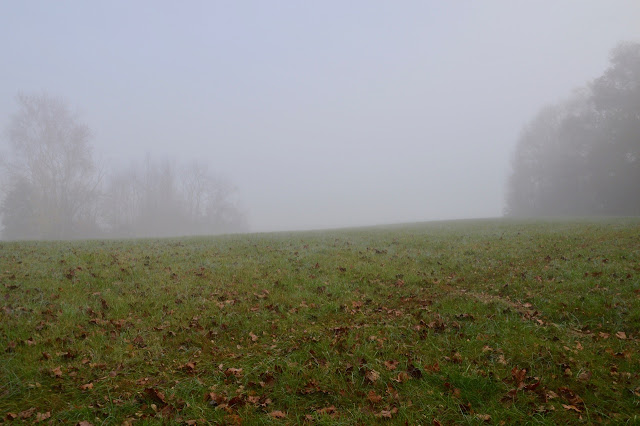 Stella tried eating some wet leaves, then a pile of wet dirt and later some grass to add to her early morning snacks. 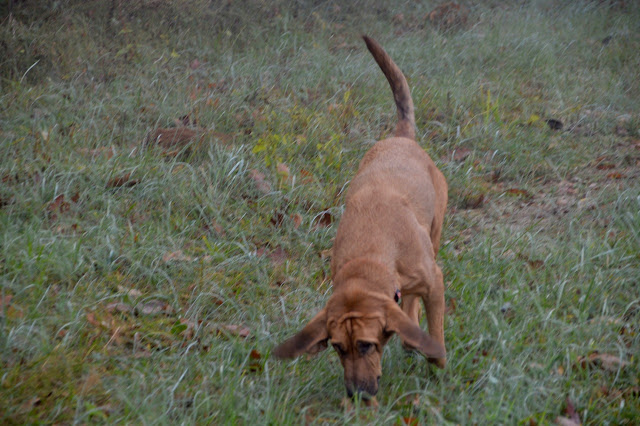 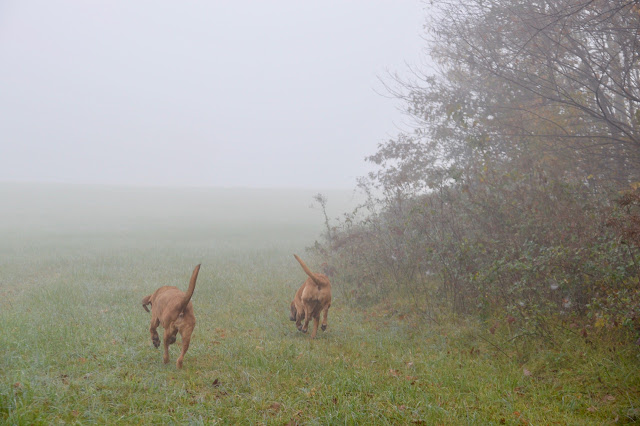 Stella took off left and I thought she was gone. She stood and stared, looking north and I was sure that she was going to take off on a sprint toward potential deer. While I was trying to capture her pose, with the fog the lens would not focus ... luckily Stella turned around and headed back to toward Sadie and the normal path. 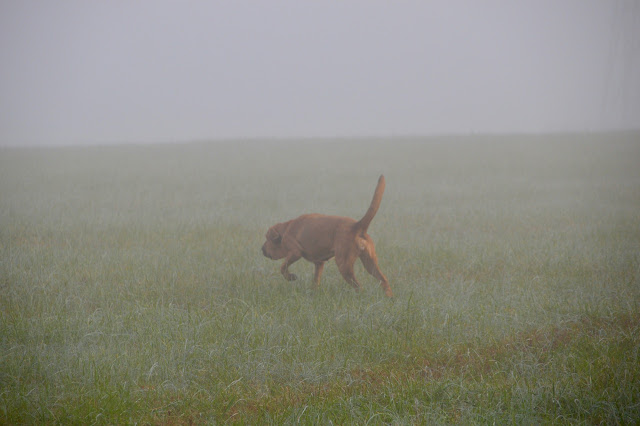 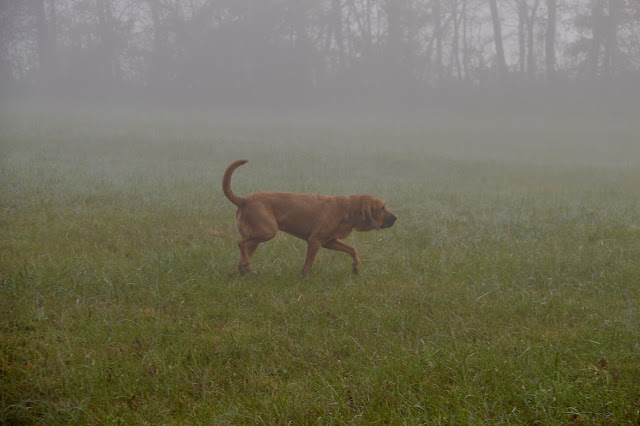 I decided that I'd let Stella have open range so to speak. I would let her come and go as she wanted unless .... she headed to the 'no fly zone'. That never happened, although she stayed behind so far that she could not be seen in the fog, nor could the camera lens focus due to the fog. 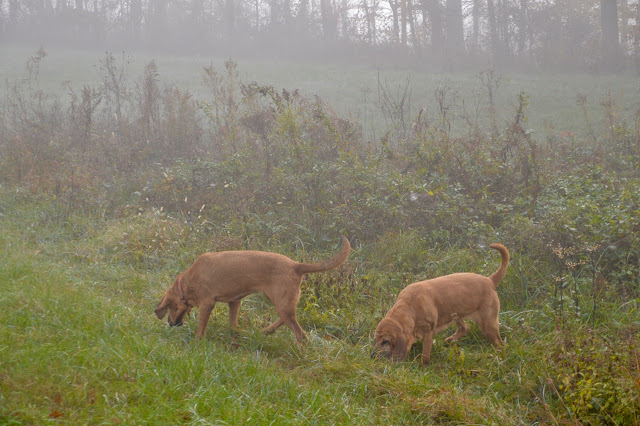 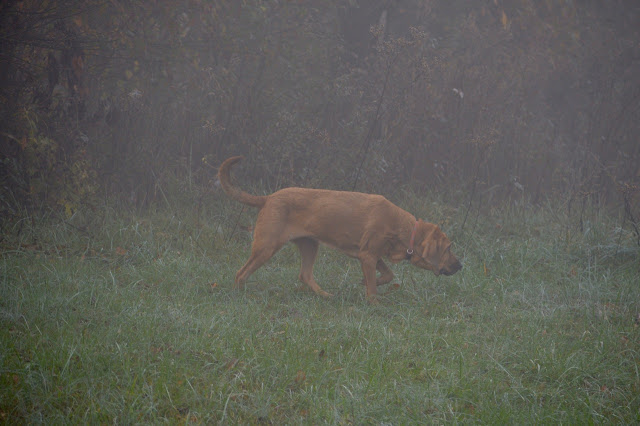 As usual Stella came sprinting to catch up with Sadie and I and both headed home at their normal slow pace. 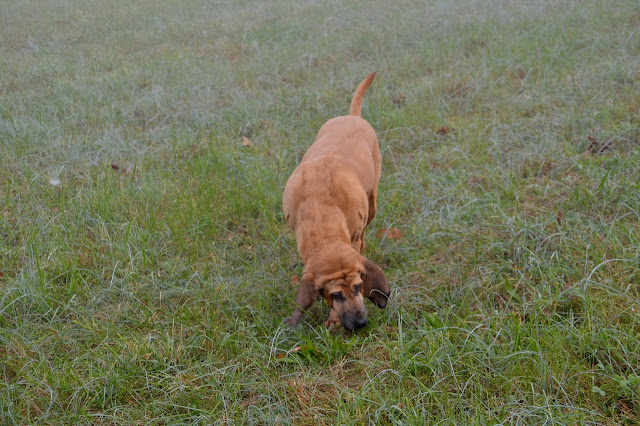 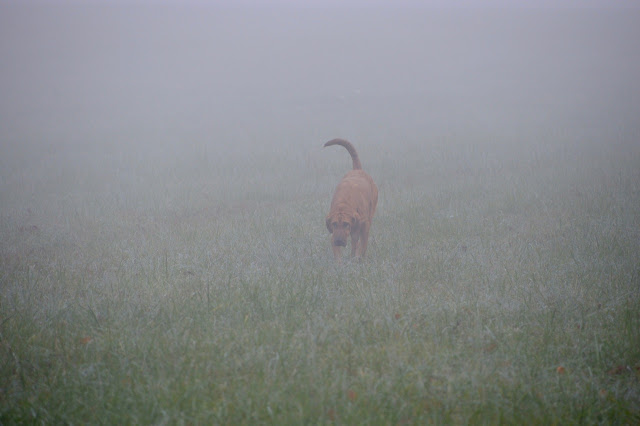 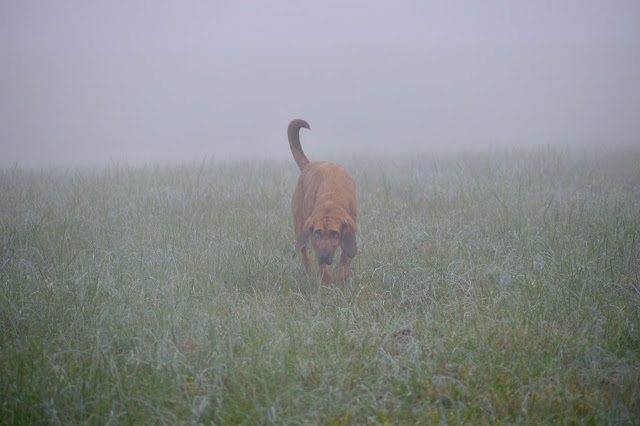 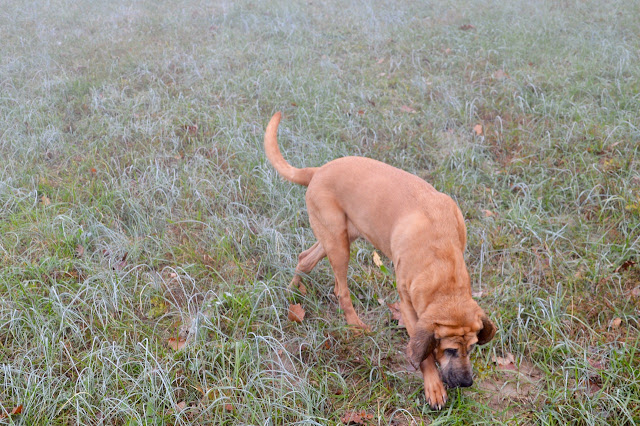 Stella had one last spot to check before she came inside. Sadie and I had already returned inside the house and by the time I had hung up my coach, Stella was at the door to be let inside. 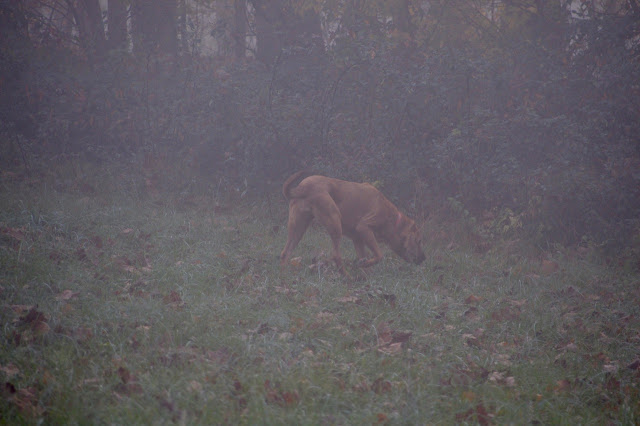 I mentioned yesterday that we would probably walk without the camera and maybe take the retractable leash but that did not happen. Here are some pictures of our afternoon on Wednesday ... another great day.

The process that started weeks ago on the highway, was started by the highway crew of grinding out the cracks in the highway in preparation for the filing those with tar what was pictured yesterday. Here is part of that right in front of my driveway. Luckily it was dried very very fast, with a truck trailing the crew and giving it time to dry. They did this for at least 12 miles of highway, maybe more. 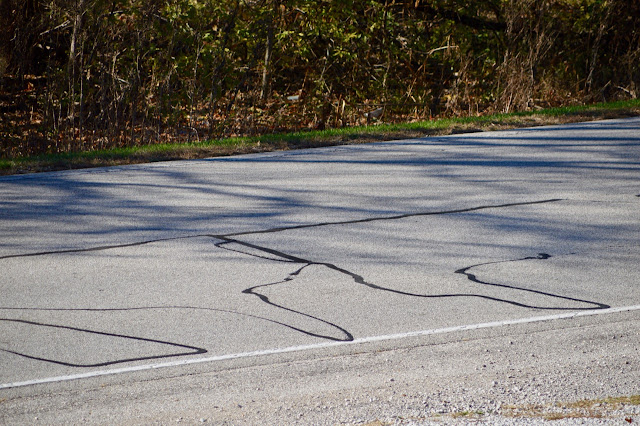 The sun was bright for our afternoon walk but that sunshine did not equate to warm temperatures. I guess fall is here and the winter is hiding right around the corner here in 'the tropics'. 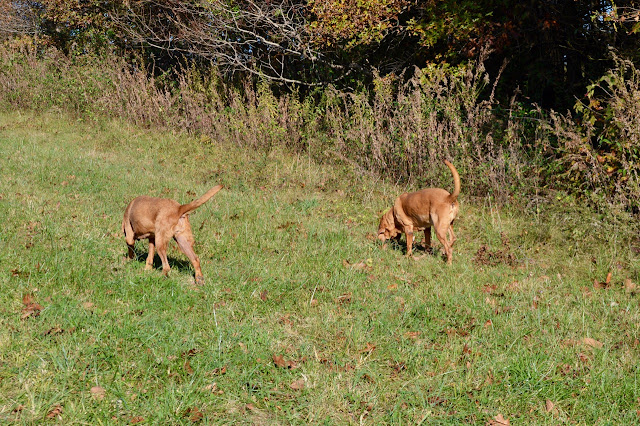 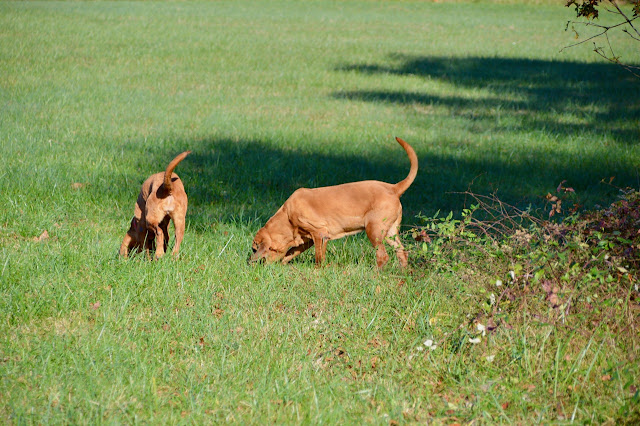 It's good to see Sadie's trim waistline and I hope she can maintain that even through the winter. 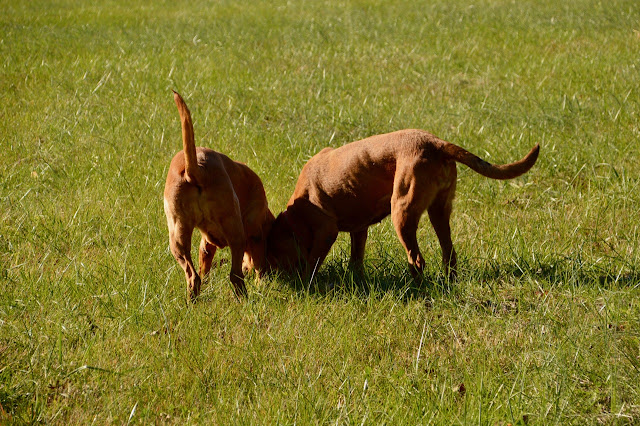 Well it is good that you can watch tv without the political ads during each commercial break. It's interesting to see the news commentary change since the election results. I guess the large crowds at the Trump campaign speeches, the larger ratio of Trump/Pence signs in yards compared to Clinton signs ended up being a pretty accurate indicator for what was going to happen.

I'm not a historian, and maybe some readers are ... if so, I am sure they also remember demonstrations in the streets after Nixon was elected, Viet Nam era, then against Reagan and 'the nukes' ... a few more demonstrations that I don't remember in detail. So, nothing really new, just more coverage on tv and also of coarse the internet and social media.

I may post again later this afternoon or early evening to get back on a schedule of blogging at the end of the day instead of trying to post photos and write about a 24 hour period from one mid-day to the mid-day the following day. We will see how that works.

Not much planned today, at least nothing that is blog worthy.

We are cold today here in 'the tropics' of southern Indiana.
at November 10, 2016
Email ThisBlogThis!Share to TwitterShare to FacebookShare to Pinterest
Labels: Daylight Savings Time, Fall Weather, Fog, Political Campaign