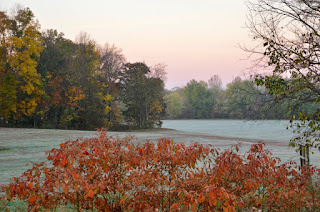 I could tell from the start, it was colder than it had been this morning. While I walked through the kitchen to let the hounds outside, the open window told me wearing cargo shorts may not be an option today.

Camera in hand as usual for the first pictures of the, I heard the grass and leaves crunching like potato chips with each step as Sadie headed for the field. 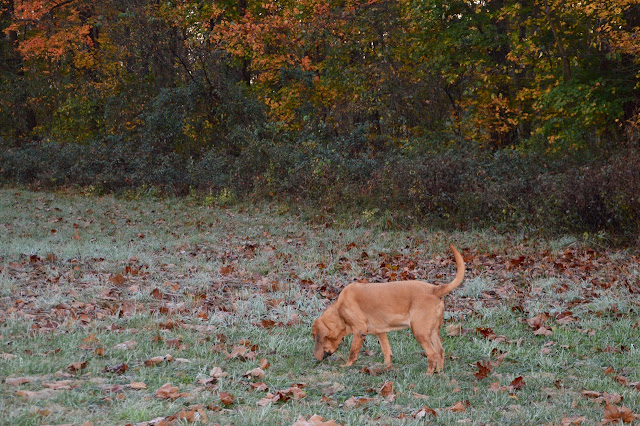 Stella decided she would come back outside later when it was a little warmer. 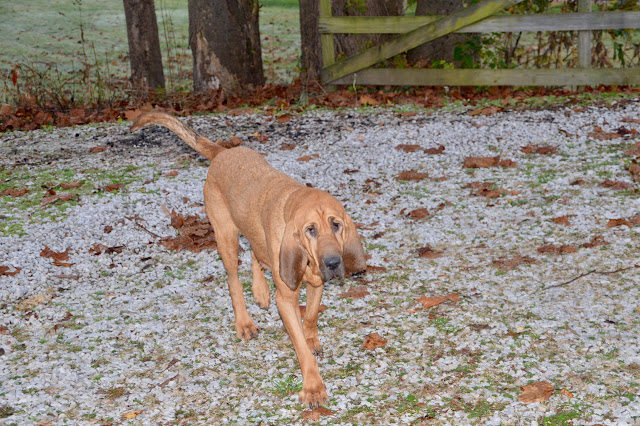 By 9:30am we were on the first walk of the day and I must admit, it was colder than I expected ... or it might have been the cargo shorts I was wearing. We continued on ... 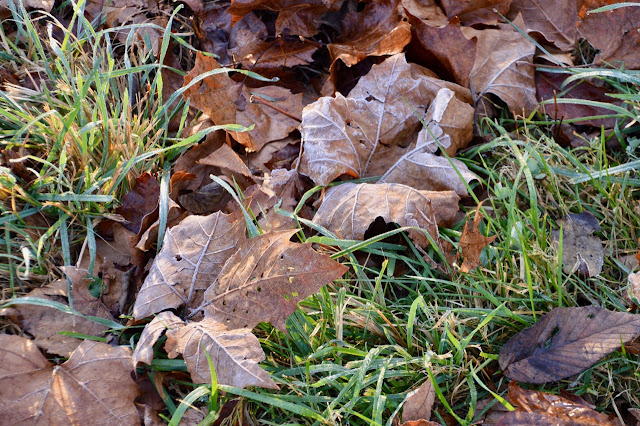 As with each new day there are new scents for the hounds to explore but this morning they both locked into something and took off running around the first turn before I was even near that point. I had to use the 200mm setting to catch their running pictures. 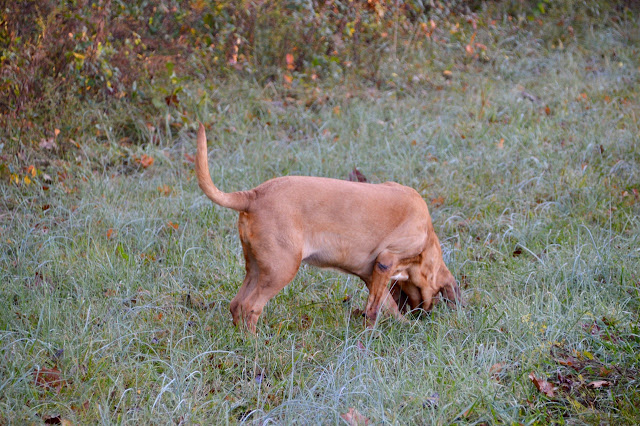 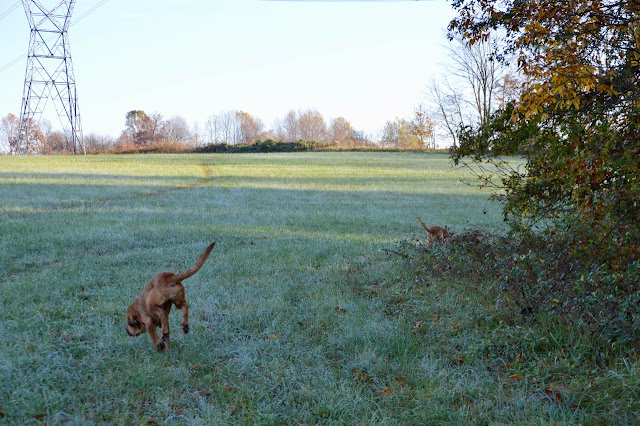 They flew by that one spot on the right side that has been holding their interest the past couple of weeks and it was obvious they were not going to wait for me to catch up. I was actually expecting some deer activity as I turned the corner. 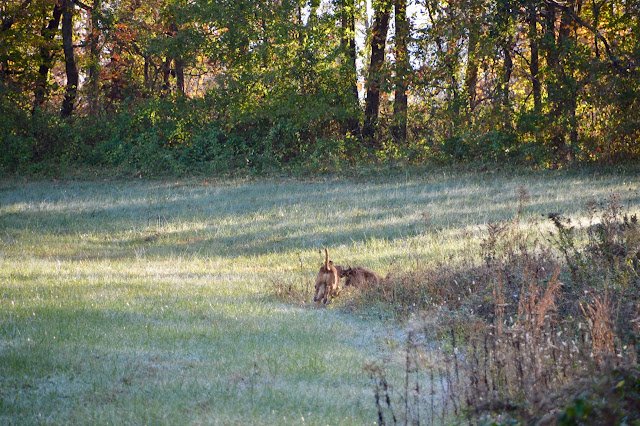 They stopped just for a few seconds to see if I was coming, then bolted into the field with a lot of activity that I did not catch with the camera. Sadie was moving in all kinds of different directions, many more than what the pictures show. 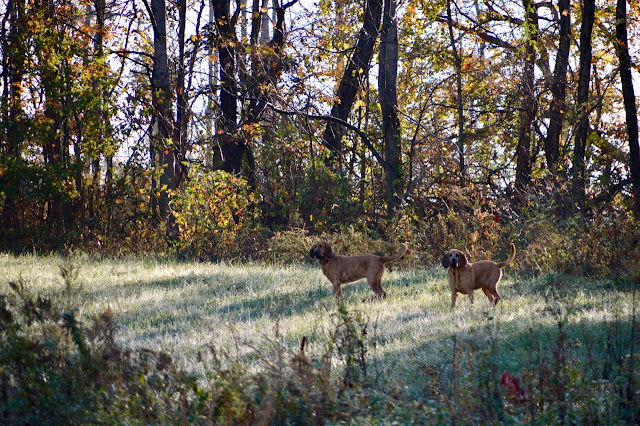 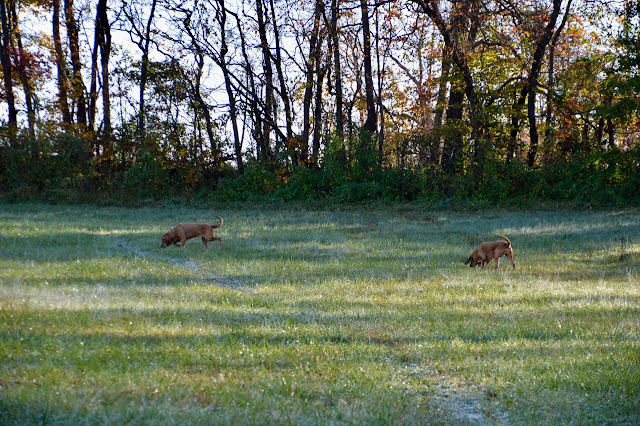 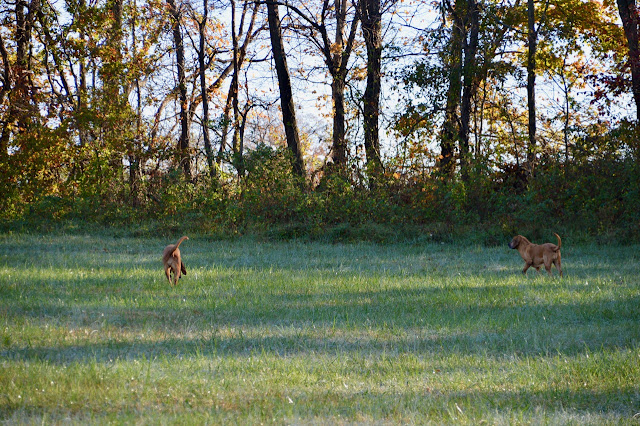 It was good that both of them got some running in and plenty of nose exercise. 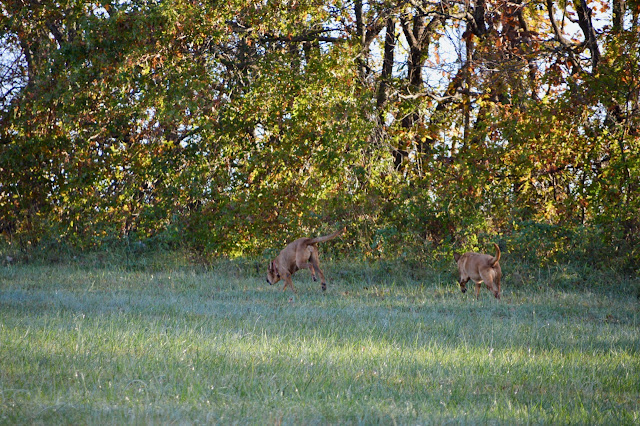 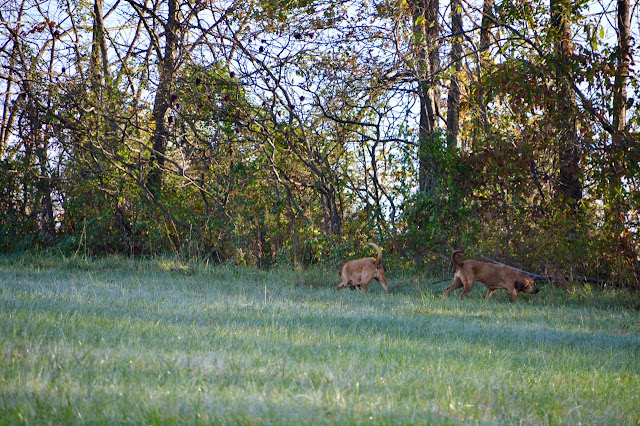 It's funny to think back to when my neighbor bought this field through another neighbor's estate sale. He told me he was thinking of planting corn in the field, while alternating it with soy beans each year ... I am glad that didn't happen. It's really nice to have access to this property just behind the house. 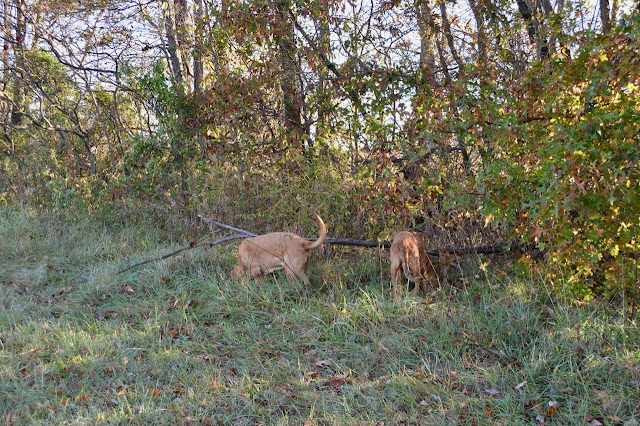 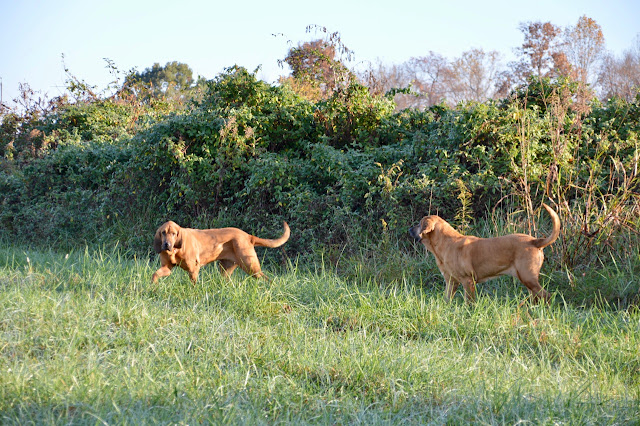 I took this next picture directly into the sun. I wasn't sure how it would turn out but I liked the shadows I was seeing. I'm sure with a polarized lens filter, I could have changed the quality of the picture. 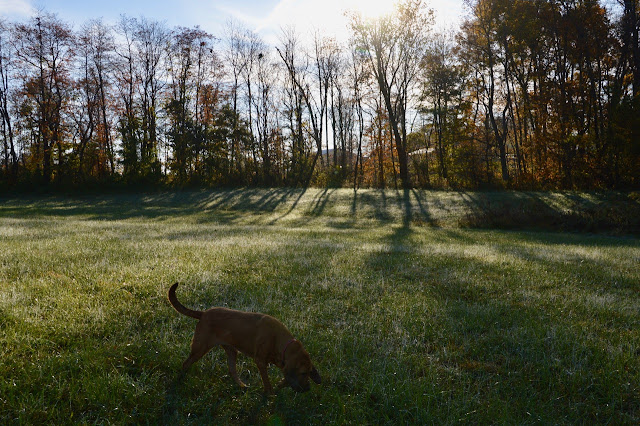 Sadie had her nose to the ground toward the end of the walk all the way through the yard up to the corner of the gravel driveway. With Stella acting about the same way, there must have been a lot of animal activity near the house last night as we slept. 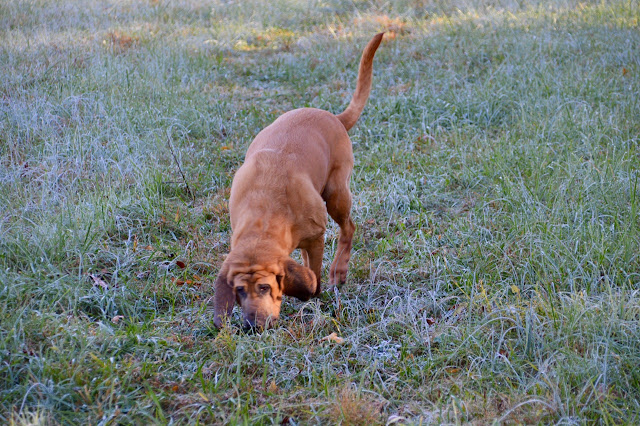 Stella held this pose for a while ... I have no idea what she had picked up on. 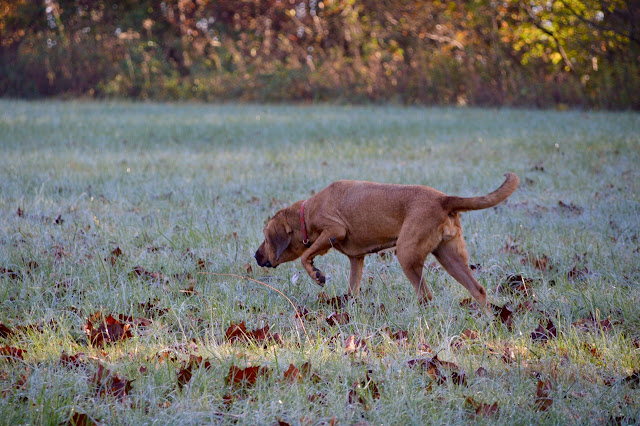 That is about all the leaves I have left in the backyard to rake, all the way over to the house. There is about the same amount in the front yard. The mahogany tree is leafless but the sycamore tree by the driveway still has large leaves on the top half of the tree.

I am thinking Monday we will complete rounding up the leaves for 2016. 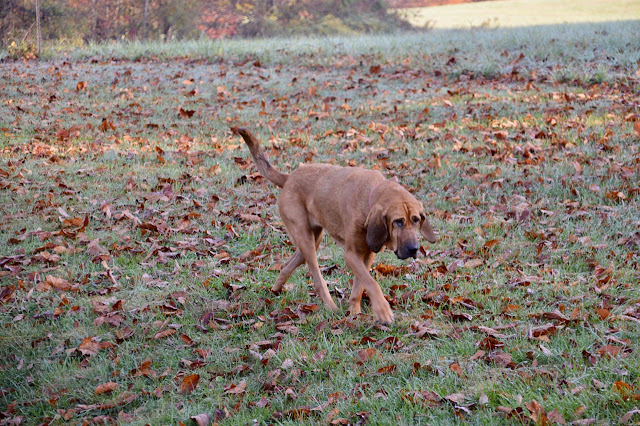 Nothing out of the ordinary planned for Saturday. Typical day and night of college football, with a walk or two for the hounds slid in between games or at halftimes. With less than two hours until the first games kickoff, the only decisions on the table to be made are ... do I change my cargo shorts to jeans ... and do I make a fast run to the store for some groceries.

It's sunny but chilly here in 'the tropics' of southern Indiana.
at November 05, 2016
Email ThisBlogThis!Share to TwitterShare to FacebookShare to Pinterest
Labels: Fall Weather, Frost, Saturday Mornings