I woke up in the dark to the sound of a dog vomiting, never a good thing but that's part of hound dogs ownership. I was hoping I could step out of bed, hit the light switch on the wall without stepping in it. It was a success. Sorry to gross you out so fast on this post. It was Winston. Nothing major, no mucus, no blood, just his lunch from the previous day ... and thankfully strange ... no smell.

An no, the hounds don't chew every piece of kibble. :)

So at 5:35am, we all cruised outside to a cool breeze, no stars in the sky and dark. Stella passed a major test at this time. Not really thinking and still somewhat asleep, I went back inside to clean up the mess (Bounty Towels are the best) and failed to put Stella on the tether. She was free to do roam outside wherever she wanted ... in the dark. All three hounds normally go out just long enough to dump their tanks on their first trip of the day.

Stella was great though and by the time I finished the clean up inside, Stella and Sadie were standing at the door outside looking inside. Winston was right behind them. .... Heidi??? You should know by now that Heidi isn't getting up at 5:35am for nobody, nor for any reason. She loves to sleep late.

As it has happened a lot since getting Stella not quite 3 weeks ago, I've been staying up after they go outside, even when it's 5:45am at times. Coffee works soon after so all is good.

With the morning being overcast with a feel of rain in the air, the hounds didn't do much when they went outside for their daylight trip. Winston of course was moving slow but seemed okay. Once it was nearing lunch time, Sadie made sure I was aware it was after 1pm and Heidi was right there behind her barking for food. It's amazing how energetic she can be when any kind of food is involved.


No playing today among the hounds. After sleeping most of the morning, once the sun came out and they were fed, they still did not have a lot of energy. As you can see from the photos there wasn't a lot going on with them. Heidi in fact only came out long enough to pee and then sprinted for the house, I guess she wasn't in the mood for getting her picture taken today. After all, she was actually laying the grass in the backyard yesterday, what more should I expect. 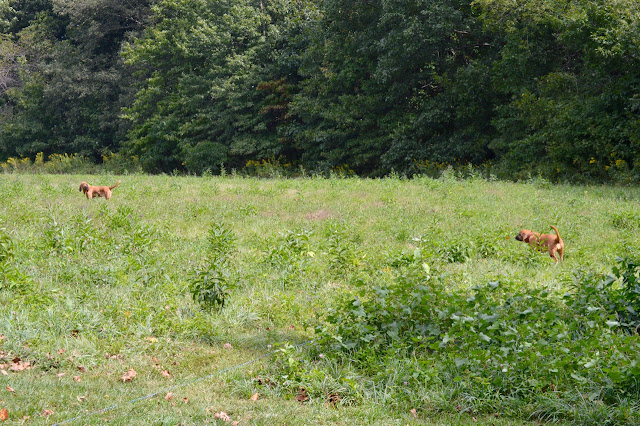 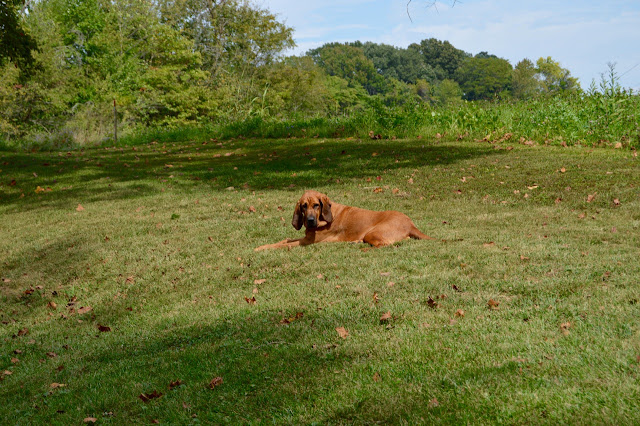 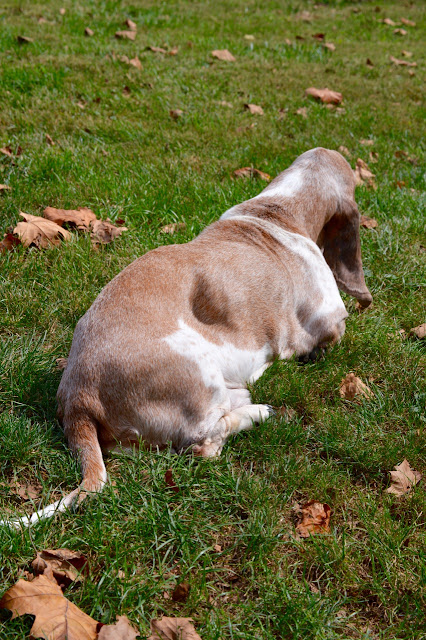 I am trying something else for Heidi's skin condition. I know looking back through this blog we have tried different things over the past year, along with vet treatments and none of them have really worked. Based on some recommendations I am trying some new Probiotics for Heidi. The information says it will take almost 5 weeks before any noticeable changes will take place. 100% Money Back Guarantee, NO FISH this time, and so far after two half doses to start ... no signs of any diarrhea, like the Seacure gave her. 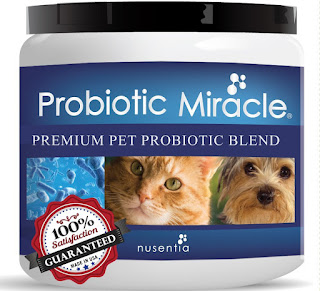 I guess we will see how she is looking around the end of October for some major progress. A friend of mine with a past working experience in the medical field and has rescued a lot of dogs/cats etc thinks this will be very good for her. She is feeling better though the past few days. Yesterday she went outside every time the other hounds did, which she hasn't done in a very long time. 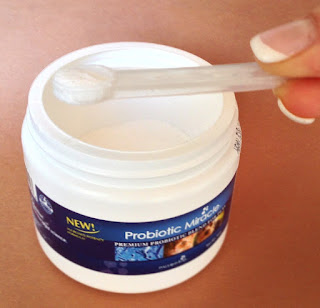 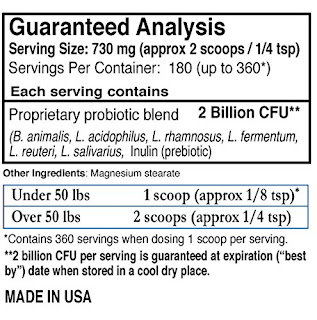 Heidi's Epsom Salt soaks will continue, in fact one is planned for either later today or early Saturday morning.

Here Winston, Sadie and Stella are enjoying some after lunch sunshine. 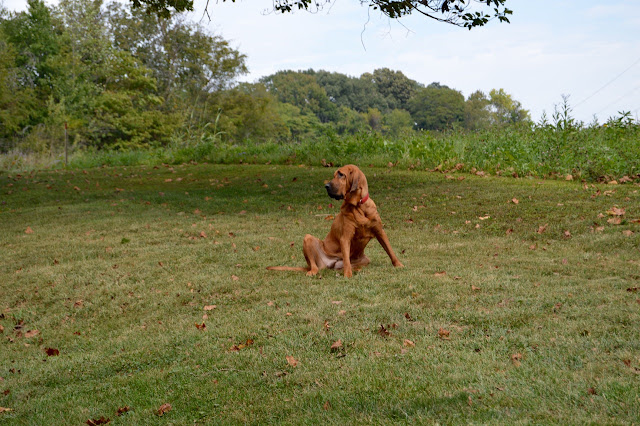 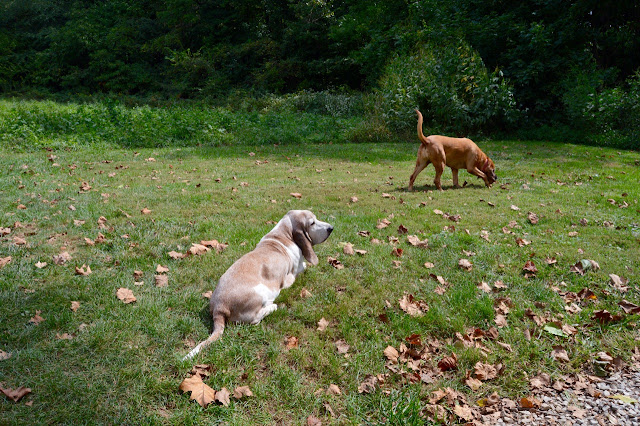 I am sitting on my couch last night enjoying the NFL game when my iPhone beeps with a message that someone has left a comment on my blog. If you remember I changed the comment setting for ALL readers to comment just yesterday.

THEY DIDN'T WAIT LONG ... to get back to spamming me. I read the poorly written english email that is the comment and toward the end of the email was a link to an Arabic website that I did NOT open. At the next commercial during the game I went to the computer, opened up my blog settings and changed it back to NO Anonymous commenters.

CAMERA NEWS: I know it's only been a few days ago since I did the Firmware update and an update for the Lenses ... but so far every time I wanted to take a photo, the camera has worked without any problems. It didn't matter if it was daytime, nighttime, low light, sunshine or shadows ... it is working perfectly. (Knock on wood). Thanks to Flowergirl for the suggestion of updating the firmware.

Winston is back to normal as I finish this post. He just had some filtered water, wagged his tail when I asked him if he wanted to go outside, came back inside rolled onto his back and growled to himself ... so all seems good in Winston's World.

It's another lazy day here in "the tropics" ... not a lot going on.
at September 18, 2015
Email ThisBlogThis!Share to TwitterShare to FacebookShare to Pinterest
Labels: Heidi's Treatment, Probiotic Miracle, Stella, Winston