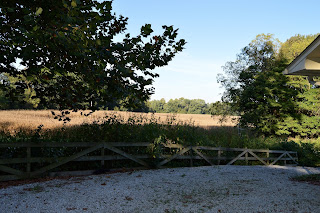 The weather in "the tropics" of southern Indiana is simply amazing right now. Everyday is sunny, highs in the low 80's with a nice breeze and lows in the 50's. The hounds love this weather as much as I do. Heidi in particular. I hope I am correct in thinking that the more she wants to go outside shows she is improving. 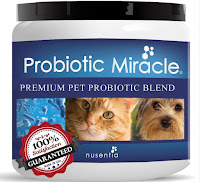 I think it's been too soon to expect any kind of skin improvement after a week of half doses of Probiotics, when they said it would take almost five weeks to see any changes. Still some customers have seen skin changes after a week. Is she one of those customers?

As you can see there is no redness, swelling or raw spots. Her front paws are almost full of hair finally. Her stomach is normal skin color and tone. Her skin yesterday and today looks better than it has been in some time ... many months actually. 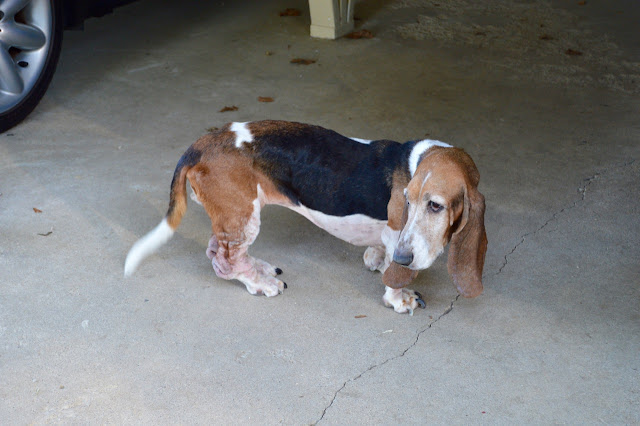 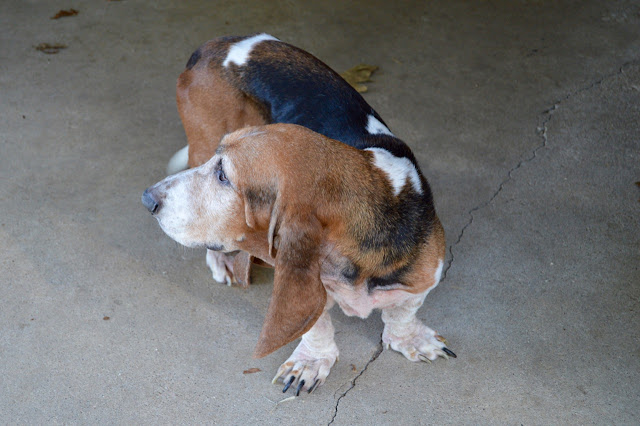 Since I live near a high speed highway, just down the hill, the hounds have never been allowed to roam in the front yard. 99% of the time they follow that. Heidi rarely goes further than just inside the flowerbeds. Yesterday was different.

While the other three hounds were enjoying the sun after their daily meal that is usually between 1-1:30pm, I couldn't find Heidi. She wasn't in back, wasn't at the door wanting to go back inside the house nor was she sitting or walking near the Mini Cooper S. As I turned the corner to go to the front yard I see this: 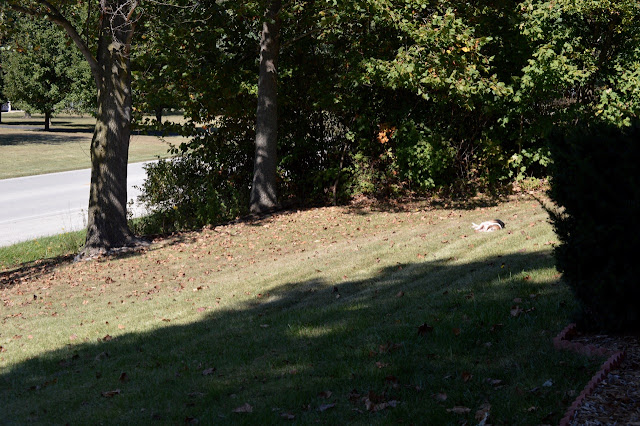 She has been there before in the past even though she has heard me tell her 'no' before when I have seen her walk that direction. That just seems to be her spot outside. She has never gone down by the highway but at times will walk around the north end of the house. 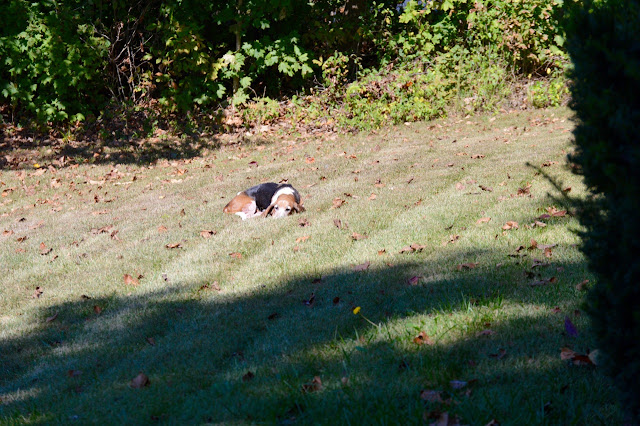 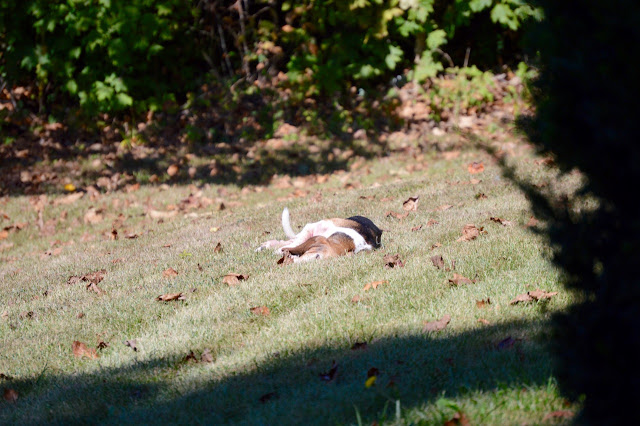 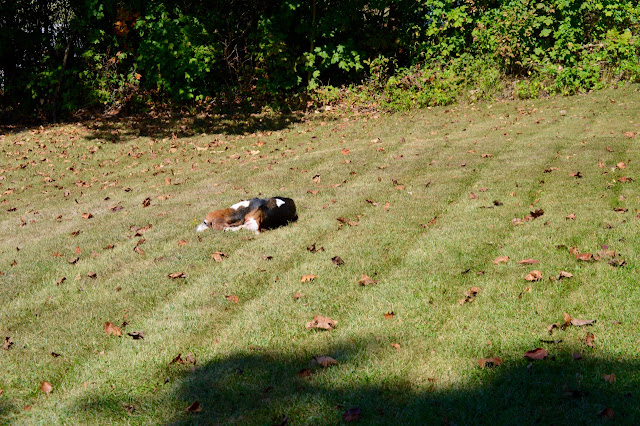 Of course after about an hour of not seeing Heidi, Winston decided to see where she was. The concern among the other hounds is that Heidi is getting her additional kibble when they are not around. Now, Winston also knows he is not suppose to be in the front yard but this week he has declared it "Ignore Him Week" ... so he proceeded to walk to Heidi, check to make sure she was ok and then walked past her to explore new smells in the front yard. 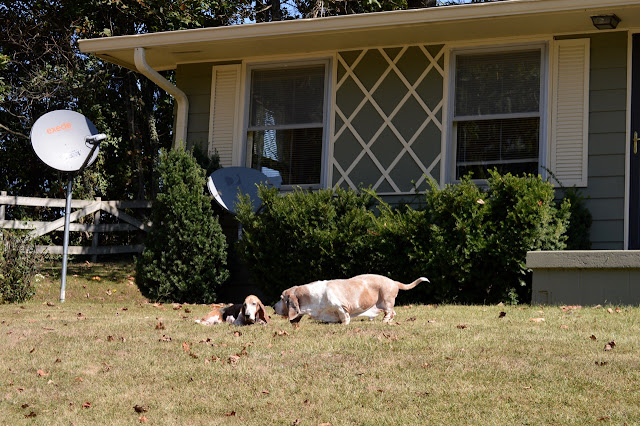 Winston has been down to the highway ... at 10 weeks old ... stopping traffic as he was laying in the sunshine on the hot pavement in the middle of the road. Luckily highway drivers showed enough concern to stop and try to rescue him. Lesson learned.

Sadie and Stella have made it their daily ritual this week to start playing just a few steps outside the door. That usually happens during their 2nd trip outside, after Sadie comes to tell me she wants to go outside. Those play periods don't last long before they return inside to fall asleep soon after. 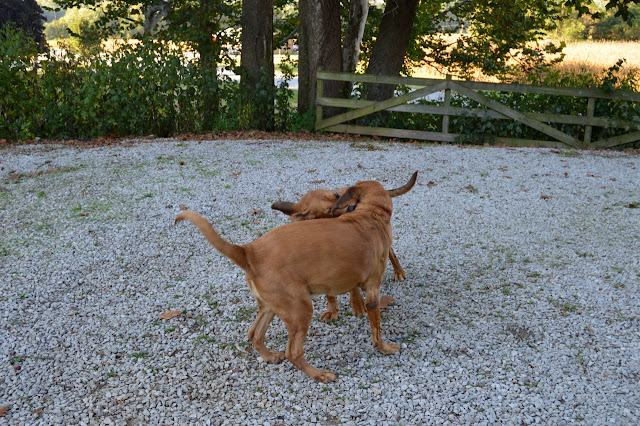 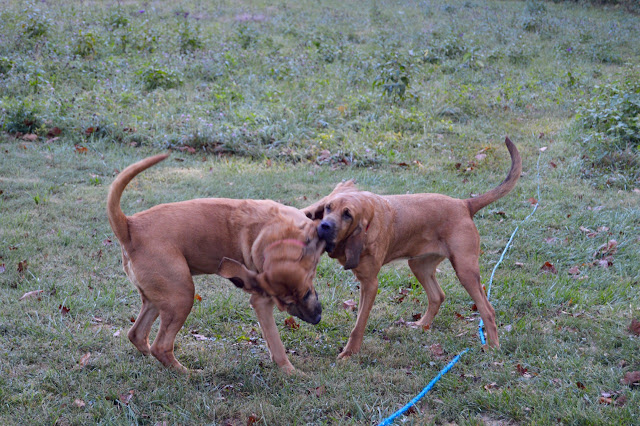 Of  course before Sadie went back inside she had to have a breakfast of dirt. She picked up that habit from Winston. I am not sure what the attraction is. 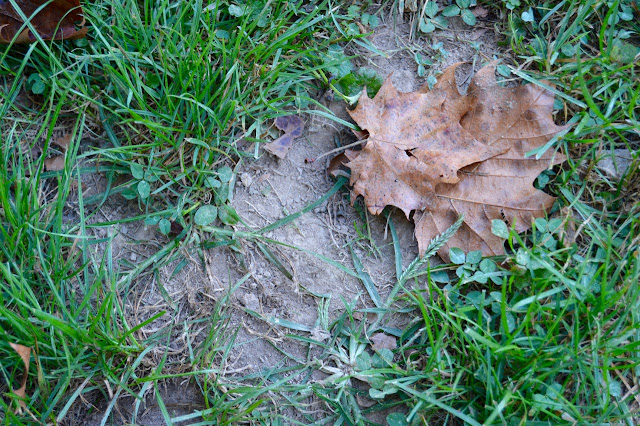 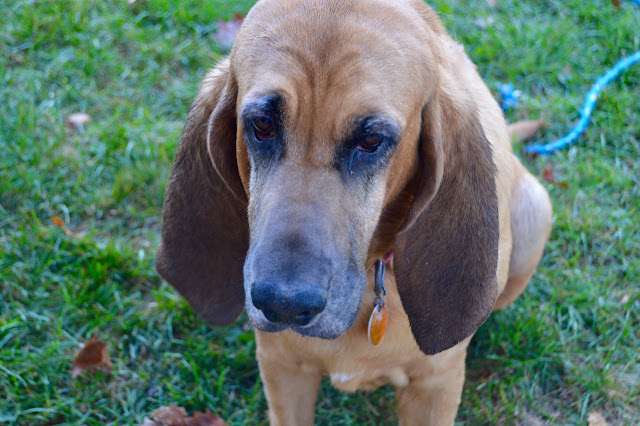 Later in the afternoon for a short break it was another chance to enjoy this cool sunshine. 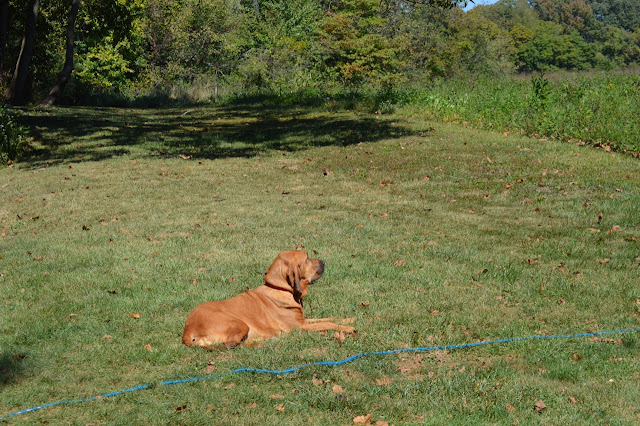 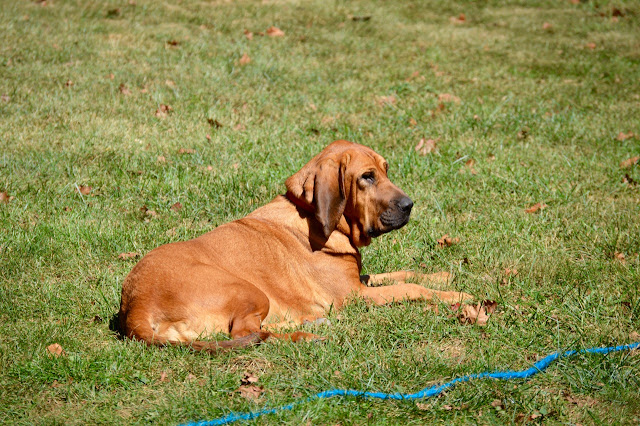 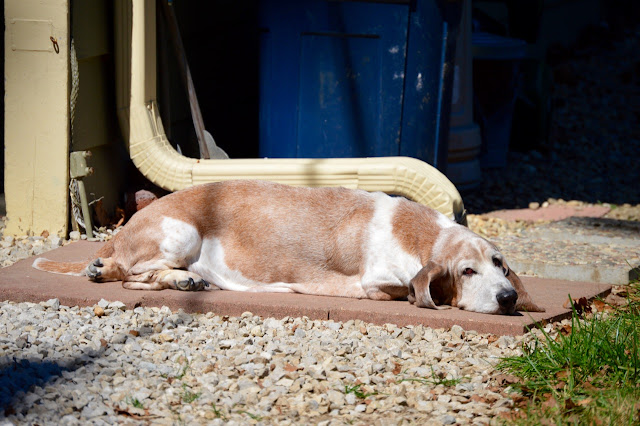 It's really hard to blog right now because I am not doing anything ... literally zip, nada ... just hanging out enjoying the weather. It's going so slow that I might start raking leaves as they drop to the ground instead of waiting for all of them to fall, then deal with extremely large piles of leaves. There is always hope that high winds will blow them out of the yard, but that rarely happens.