They Are Becoming Inseparable 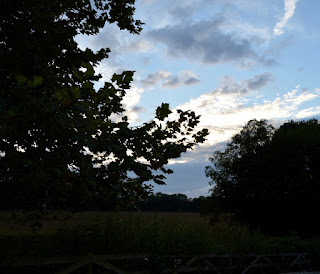 Woke up this morning to a little sunshine and cool temps in the high 50's. It felt like fall. Add in a full day and night of college football, a daily hound walk between games late this afternoon and it's a perfect Saturday here in "the tropics".

Last night Stella finally decided she might like Sadie's dog bed in the corner of the room, instead of the blanket on the floor. Sadie had been giving her the space to use but nothing happened until last night. By the time I got the camera for a great photo, Stella jumped off Sadie's dog bed to follow me into the other room.

With the windows open and the temps reaching the low 50's sometime last night, both bloodhounds were sleeping close together and probably enjoying their warmth.

From the time they went out the door this morning they were together. Both basset hounds declared it to be a late sleep-in morning and neither showed up for the photo shoot this morning. I took a total of 34 photos of the bloodhounds and here are some of the best shots of that group.

Let me know if these large size photos were slow loading on your computer. If so I can reduce their size and then you can see the larger size by clicking the photo. I'm not sure how to make or insert an album like Al does over at The Bayfield Bunch, that will be something I will have to read about and maybe go back to Google+ to put my photo albums in. I do have a Flickr account set up and linked up in the upper left of my blog, so maybe I'll start adding more photos there so you can see the total number.

This is from Saturday morning ... I might come back later tonight with another post and some new photos. Their scouting started at the fence line along the drivway this morning. 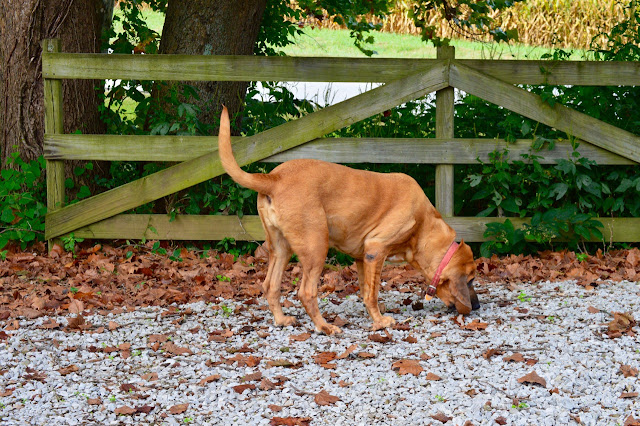 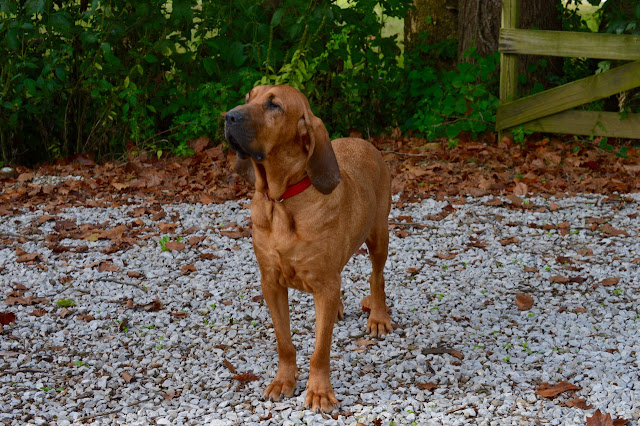 They proceeded to follow the yard along the back of the house, curving around the bushes, and then moving out into the field. 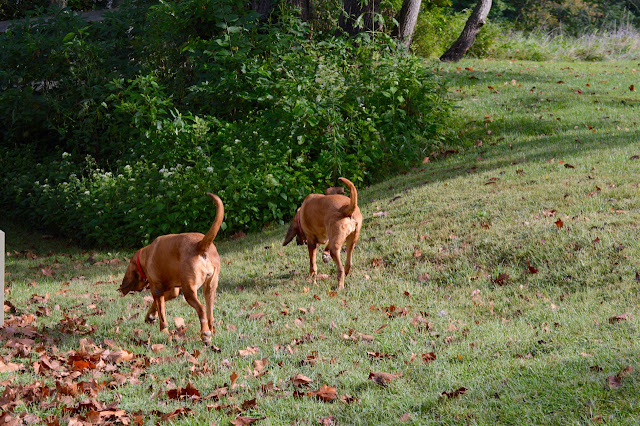 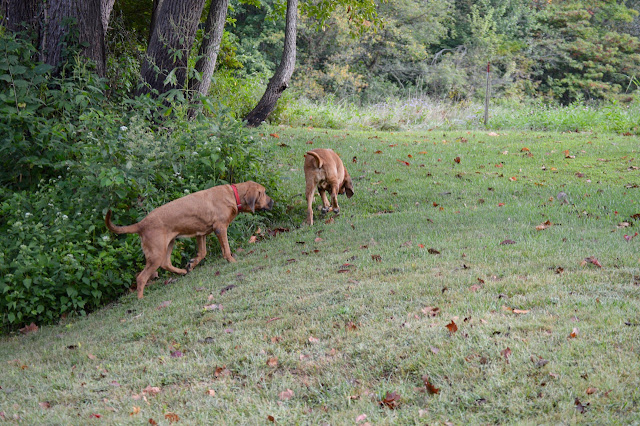 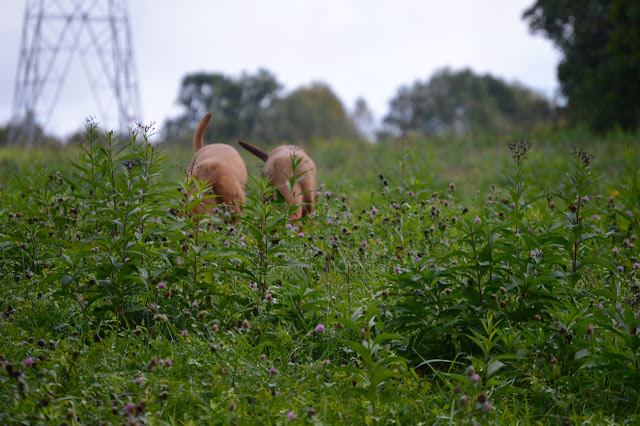 They are both facing my neighbors to the north. I am not sure if they see someone or smell something. Anyway with that pose it is always time to call their names and get them to come back to the house because they have locked into something they might like to run to and check out. 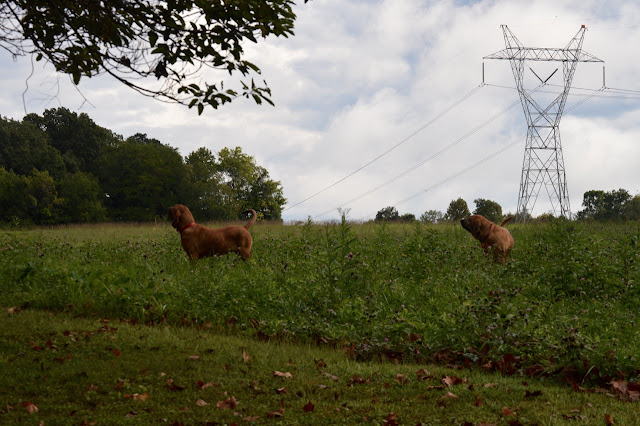 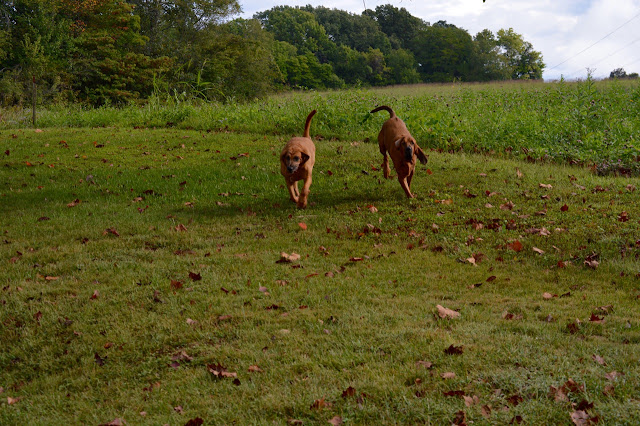 Today they continued their sprint around the corner of the house into the carport and started playing. With the time it takes the camera to focus I only got this one photo. 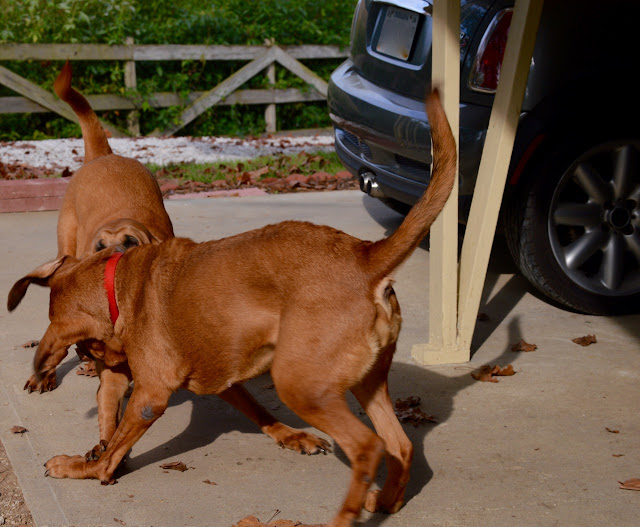 They still had more of the field to explore, they can't leave it they don't sniff all of it. They never know who or what was in "their" field last night while they were sleeping. 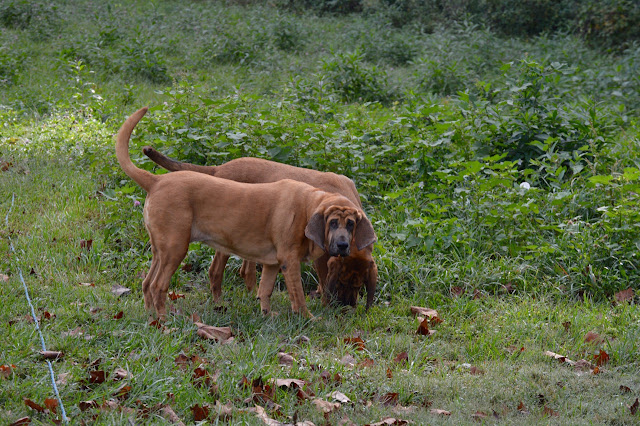 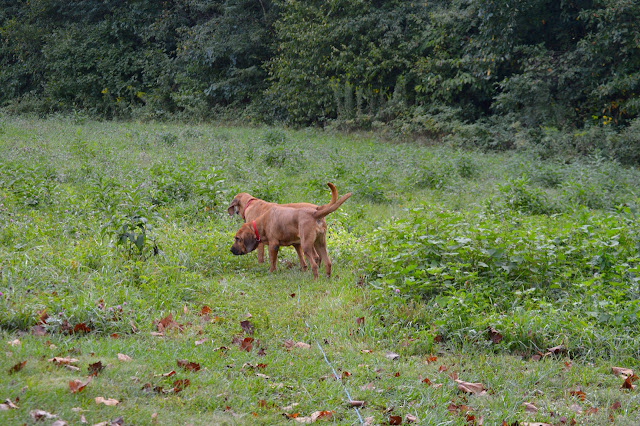 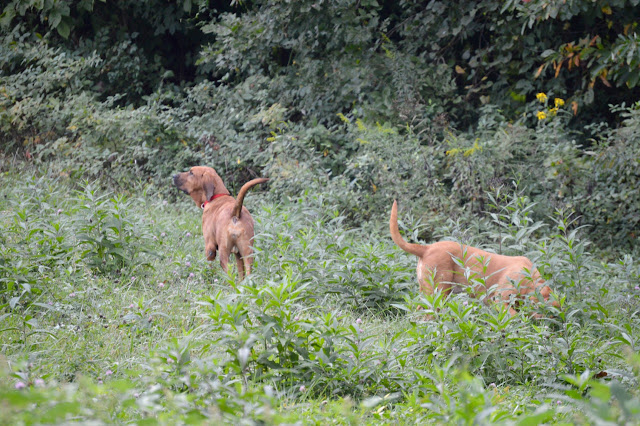 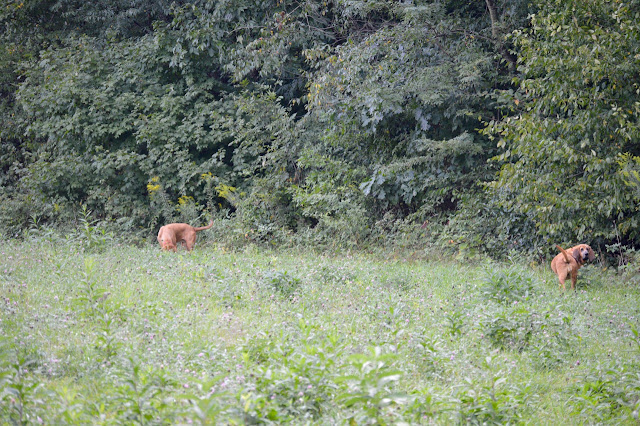 After they were getting to the point it looked like they might move into the bushes which leads to a very steep and deep gully, I called "come on" and they both started sprinting towards the house. I find it amazing that Stella has picked up these commands so easily after being here for only a couple of weeks. 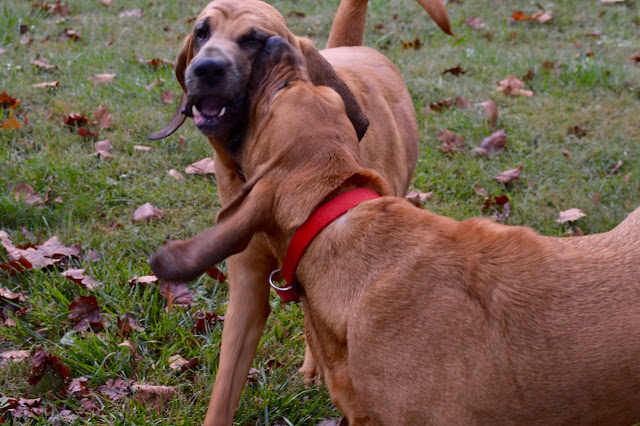 After all the thoughts on whether to get a 2nd bloodhound, I've felt since day one it was a great decision to go get her. As usual, anytime all the hounds return from being outside they are asleep within minutes ... unless food is involved.
at September 12, 2015