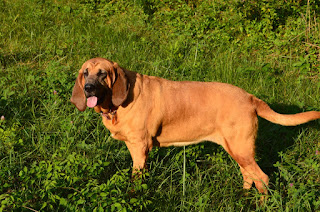 As I write this it's 3 minutes until 1pm. Three of the four hounds are sleeping, enjoying the coolness from the air conditioned rooms. I'll let you guess which hound is up, giving me the stare down ... because she wants to eat.

From the very first trip outside this morning, it felt like a Sunday. Not counting the actual first trip of the day because that took place at 4:30am when Winston decided to wake up and moan loud enough to wake me up because he needed to go outside. That's what happens when you sleep through the last trip outside for the hounds before bedtime just for this reason.

So once one hound woke up the other three woke up. Of course Heidi is the only logical one of the bunch and she isn't moving except to change her position and go back to sleep. So it was I and three hounds walking through the house, flipping lights on as we go, on our way outside. It was cool and beautiful that time of day. Clear skies, stars, no sound ... it was like camping.

It was back to bed until 7am and the daily routine starts. Most retirement days are like Sundays and that's the way I like to keep them. Maybe and that's a big maybe, one thing will get done, although it's a really minor thing compared to those working most of their daylight hours. No plans for today and writing this blog post early might be the only thing that gets accomplished today.

You can see that Winston is still tired after sleeping through most of the football games on Saturday and Saturday night. Heidi is still inside sleeping through this photo shoot, Stella is laid back and relaxed as usual and Sadie ... 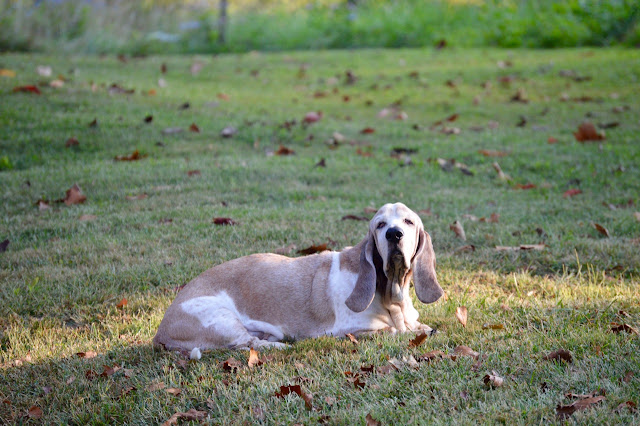 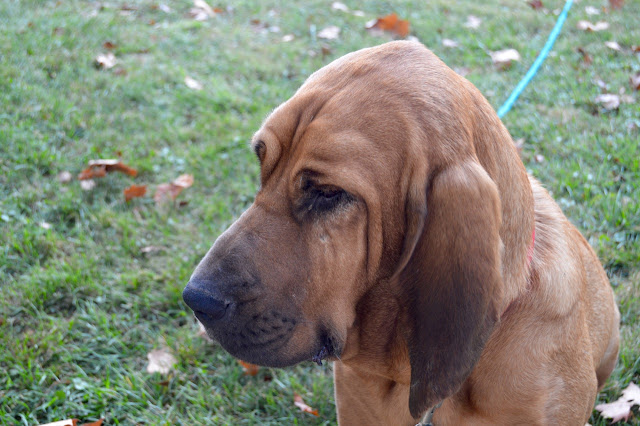 Well Sadie started the morning excitement off by catching a scent as soon as she walked outside, went sprinting out of the house and around the corner at full speed ... I then saw a flock of geese launching from "her" yard airborne, never to return, although we could hear them talking off in a distance. Luckily Stella who was not leashed, walked in her normal slow motion right beside me and didn't react to Sadie's sudden burst of speed.

Since there were aliens in the yard, I felt it was best to keep Stella on the tether this morning. It didn't matter to her. She enjoyed the sunshine and a short nap while Sadie did recon making sure there was nothing else in the area. 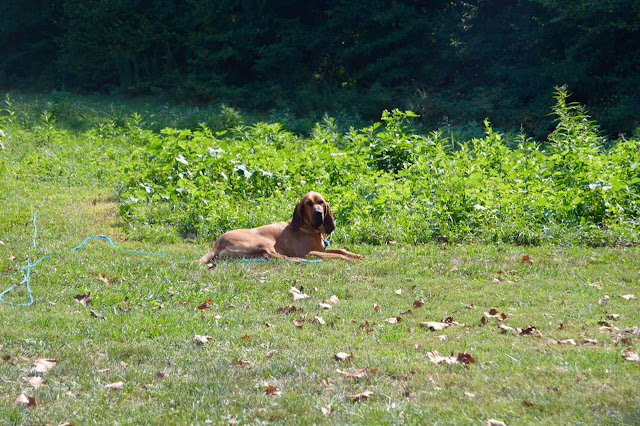 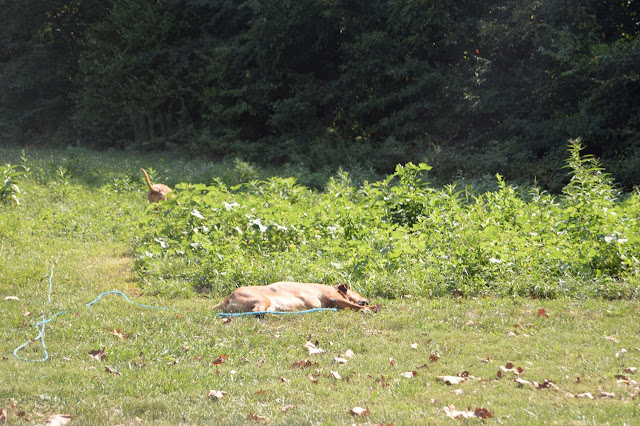 Winston didn't care what all the excitement was about ... he is just the same, every day. 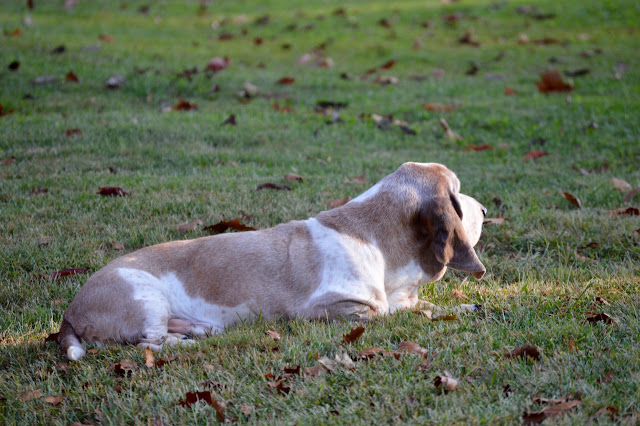 In the meantime while one basset slept inside and two other hounds sat relaxed in the yard, Sadie did her complete sniffing expedition of the entire yard and field border ... then sprinted to the house when I yelled the words "milk bone". Stella woke up from her nap a little startled but followed Sadie to the house figuring something must be good if Sadie is running with her ears flopping in the wind. 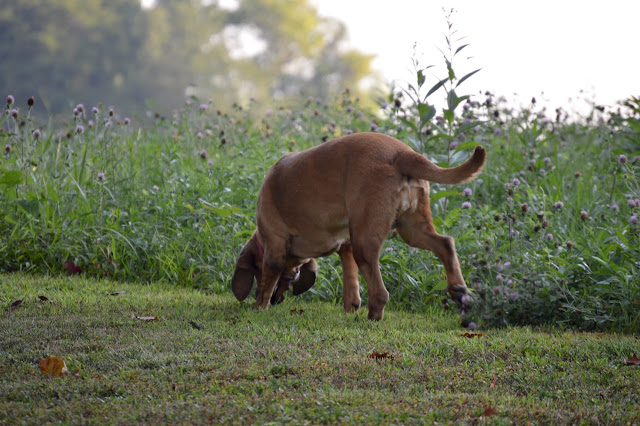 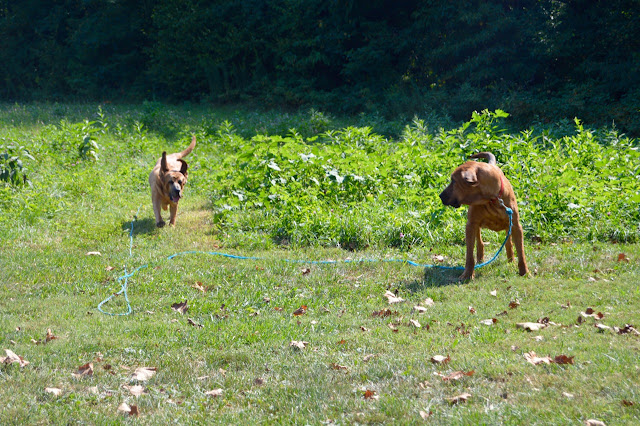 That's about it for the day ... from "the tropics" of Southern Indiana
at September 06, 2015
Email ThisBlogThis!Share to TwitterShare to FacebookShare to Pinterest
Labels: Geese, Heidi, Sadie, Stella, Winston