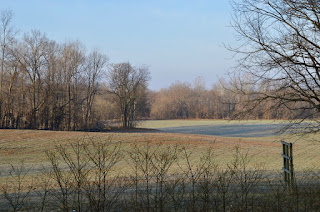 The hounds and I survived Super Bowl Sunday yesterday. I did not deviate from my diet, had no urges for a junk food or a chocolate shopping trip.

But a little over an hour before the start of the game I decided to start something I had been thinking about doing for over a month because my curiosity got the best of me.

I guess it was one of those times that hit me, where I am either changing blog templates, building a new blog, maybe even trading cars ... yet I didn't want to do any of those things. Over the past three weeks I've been thinking of removing the red stripes from my Mini Cooper S Countryman.

Before we get into that story, lets move to the hounds. Their normal activities were not canceled because of the work I got done today. In fact by the time I finished with the car at 1:15pm, all the hounds had been fed twice and the bloodhounds just completed their second walk of the day.

Don't let this picture fool you. It's not taken after I had my daily two cups of coffee. This is Stella and Sadie looking at me first thing in the morning wanting to go on a walk. I needed some coffee first. 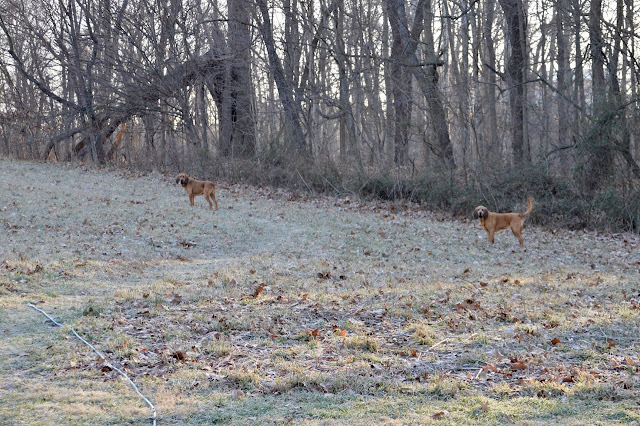 They were not happy about my decision but they eventually started down the path to the house. By the time I had poured my first cup, both of them were laying down in one of their many favorite sleeping spots. 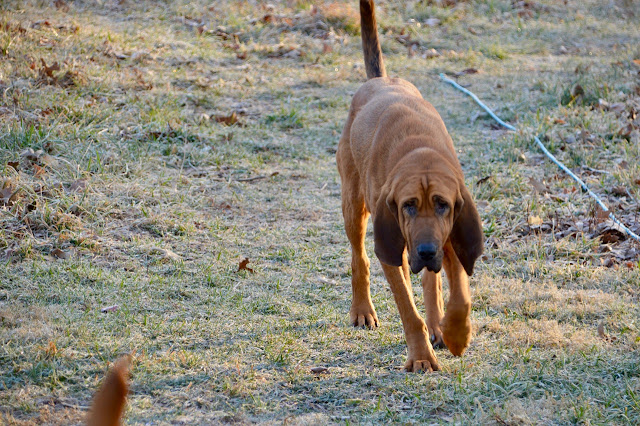 I wanted about an hour so the temperature would move to over 40° by then. As you can see, Stella is ready for another new week. Will she have any routines change? They usually last only a few weeks before she moves to a different routine. 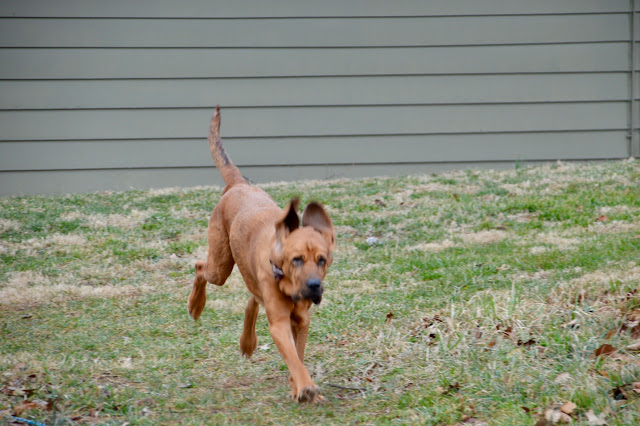 The walk starts at like all the the others. It's fairly warm but I wore a light pair of gloves, my jacket and ski cap. It was suppose to be pretty warm today and I wanted to start and finish my car project today. Looking at the sky though I did not see any way we were going to get into the 50's like they predicted. 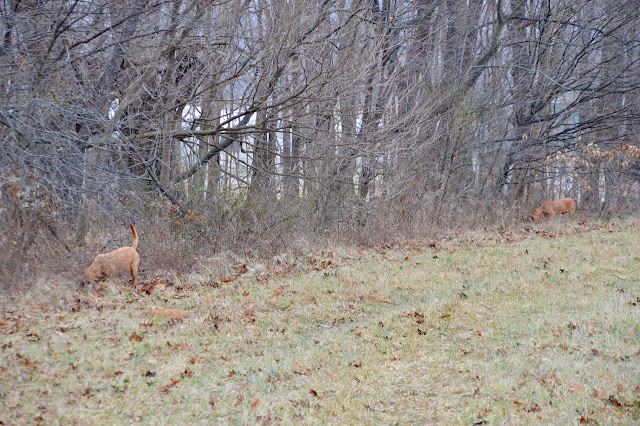 Sadie and I continued our walk, leaving Stella behind. 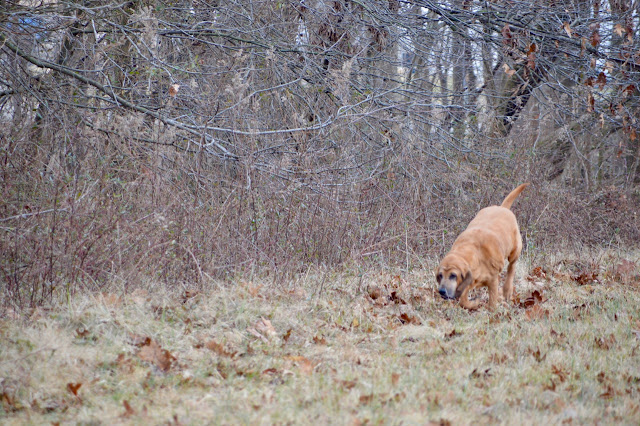 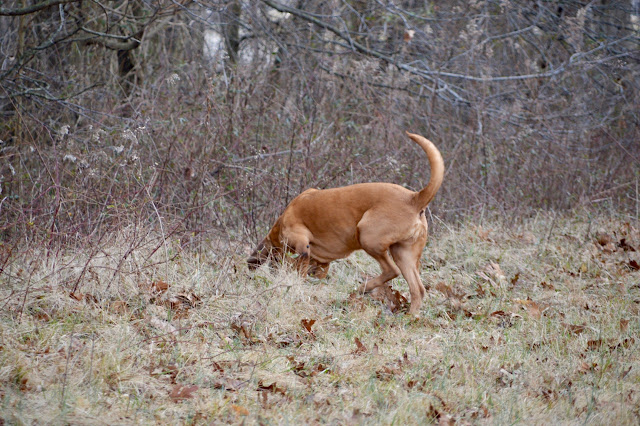 As I glanced back to see Stella I realized I had forgot the 6' standard leash this morning. Maybe I could get by without it, plus I knew I wasn't walking back to the house just to get the leash. 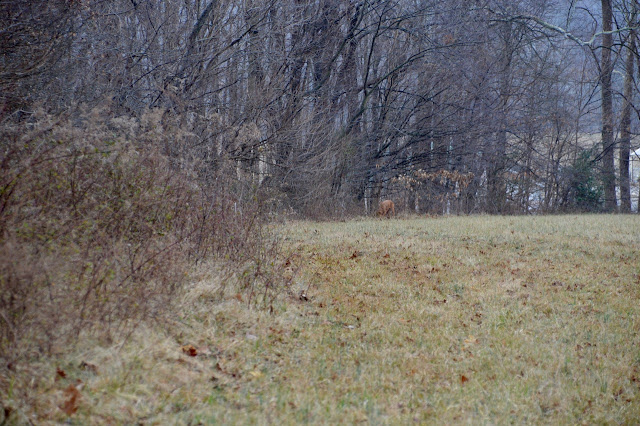 The weather forecast shows 3 of the next 7 days the temps will be warmer than mid-50's and one day may reach 62°. I'll take weather in February any day of the week. 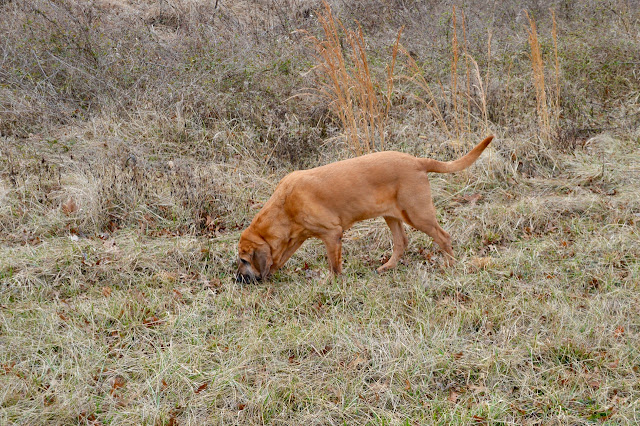 Sadie was at a good pace and was covering a lot of ground. I turned around one time to find her, thinking she had gone into the deer area on the right side and out of sight. I called her name and didn't see her anywhere on the horizon ... because she was standing right behind me. 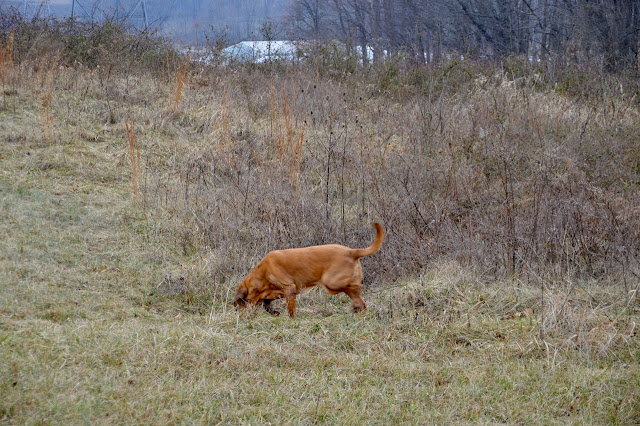 Stella was in her normal position and I could see her moving in the direction of the woods. I yelled her name a few times but she kept her slow pace toward the neighbors. 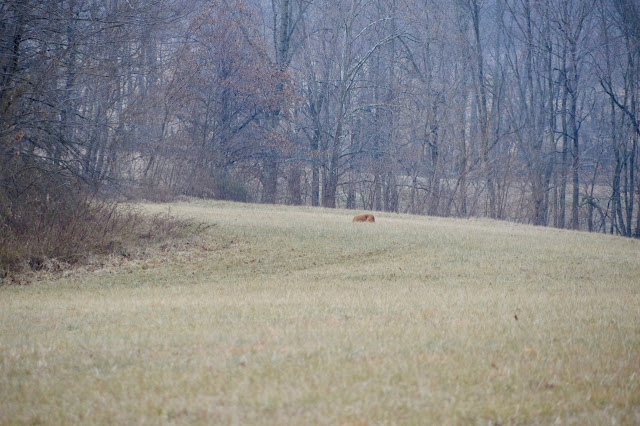 As I approached her, she glanced up and started walking toward me. The leash was not needed since she walked right beside me all the way to the house. Too close for pictures and too slow for my pace but I was happy to see she had the motivation to head our way. 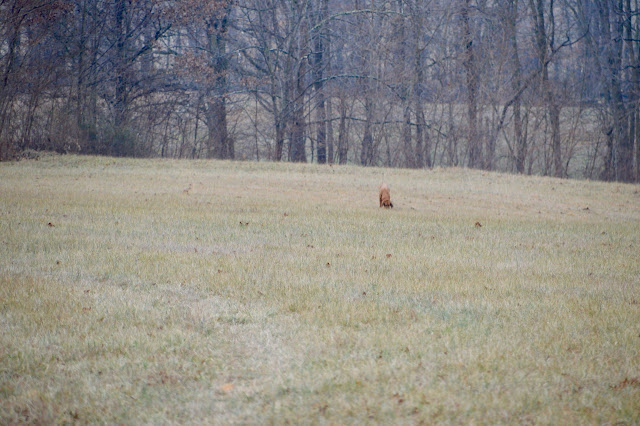 It was warm enough to do what I wanted to do with the car. I had spent weeks looking at pictures of other Mini Cooper Countryman owners on a forum. Many of them had taken the stripes off of their car. I talked to a couple of guys that did it and it did not sound like there would be any problems to the paint underneath the stripes, if I chose to do it.

All I needed was a heat gun, some 'goo-be-gone' and patience. The slower I peeled them off the less sticker residue would be left behind. I also checked the original window sticker list of standard equipment along with the specification for the car in that specific year and model to make sure the the red stripes were not listed as standard equipment.

Like I said I started last night right before the Super Bowl but I didn't complete all of the hood. I had enough off to where I could tell if I liked the change or not. So I wanted to start this project today by 10am and figured it might take me all day to take them off, use the goo-be-gone and then wash that off. One way or another I was going to get everything done today.

In a way the red stripes do look good against that black background but a lot of the times I thought there were just too many of them. It was the first thing you saw instead of the body design of the car. Also all of the Countryman's I had seen without stripes, no matter what their color ... I liked the look of those.

Here is a before picture when I bought the car in early December 2016. 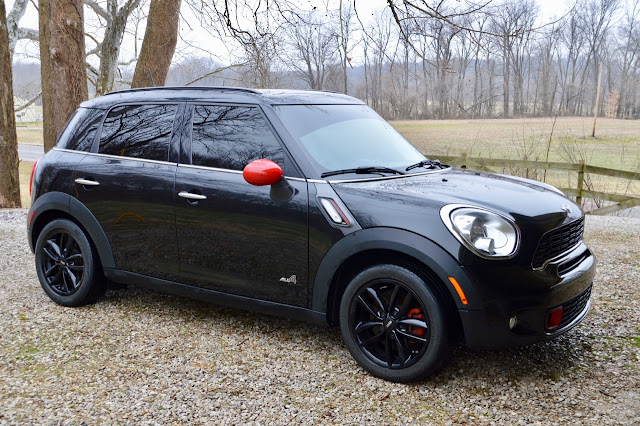 As I was taking pictures during and after the process, I realized that it might have looked okay if I had taken off only the stripes on the doors, leaving the ones on the hood and rear door. But the more I looked at it the more I liked having no stripes. 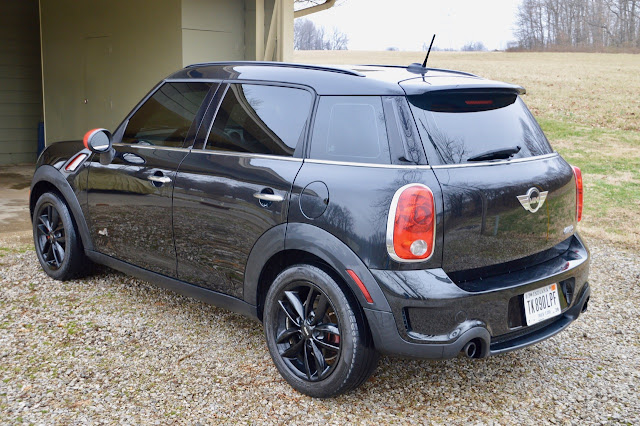 By the time I washed it and dried it with a chamois I was sold on the look. Those red mirror covers might be changed to black ones in the future. The problem is, they are more than I want to pay, $200 for the set. I am not a good 'spray painter' if I were to paint these or buy the generic OEM where I can paint them at $55 a piece. So the red mirrors and brake cooler intakes may stay red.

I sat and looked at it for a while before doing the back door. I decided it would be best with "all or nothing" with the stripes. I had seen a picture of one on the forum for these cars, where they had left the stripes on the back door while removing all the other strips on the doors and hood. That looked good on the white car with black stripes.

Here you can see those red brake cooler intakes. Another thing, I never cared for was the design of the front hood stripe. If that had been two solid stripes then they might have stayed on. 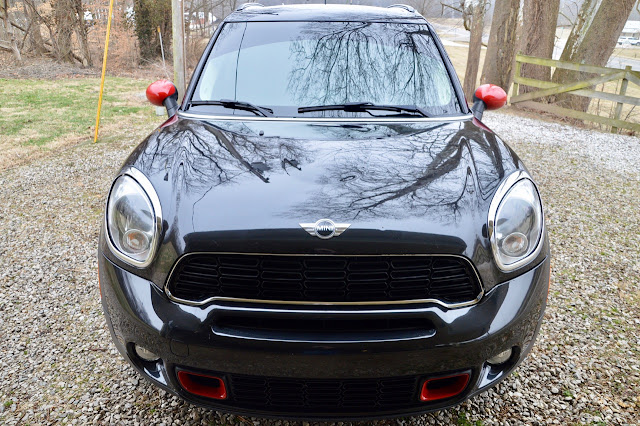 Well the hounds are sound to sleep. I have a John Grisham book to start and a full stomach from the pizza I had for a mid-afternoon lunch at a local establishment. I even had enough left over to bring home with me for a snack later on.

It is suppose to rain later today and tomorrow but knew that when I washed the car. I wanted to get all of the goo-be-gone solution off of the car. That stuff worked fantastic in getting all the sticker residue off. Plus I wanted to see if any of the stripes had caused the paint color change under the stripes.

All the paint and clear coat looks perfect. When it's warmer than 45° I'll give it a hand wax. I wonder how many drivers thought I was crazy as they drove by and saw me washing my car with rain on the way and a cool 43°.

You didn't think I could do all of this work without some supervision and final approval of my job did you? Sadie inspected it gave me her approval of the job and let me go to lunch. Stella of course had to touch the car with her nose leaving a long string of bloodhound drool. I was able to wipe that off before it dried ... it's the worse stuff once it dries, totally amazing stuff. 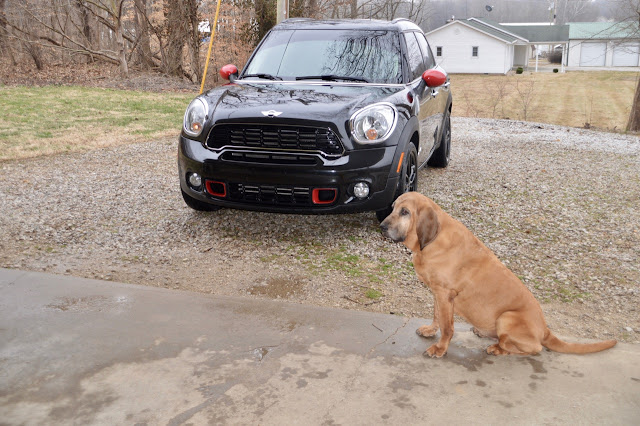 You have to admit here in 'the tropics' of southern Indiana, washing a car by hand is a rare outdoor activity in the month of February.
at February 06, 2017