Can The Hounds Handle This Pace? 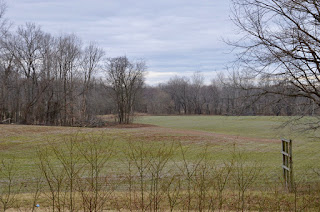 Just a couple of months short of 3 years, "we knew the job would be dangerous when we took it" ... retirement that is.

I knew I would be leaving days full of meetings, and deadlines to becoming a full-time 'doorman' for the hounds. Their day might change a little, while mine would be changing a lot. There was Winston at that time, no Stella. Only one bloodhound unlike now. Yet, Stella has adapted to the fast pace of retirement very well. 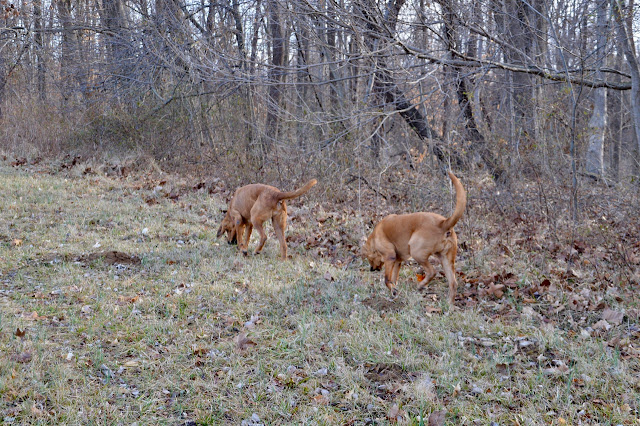 Long time blog readers know there isn't a lot of change from day to day here in 'the tropics'. This fast paced lifestyle even bores me at times and I find it hard to blog about it. Seeing all three hounds everyday is a motivating factor to keep blogging. Seasons determine how much gets done around here. One of four of them will determine if we are hibernating or doing new projects outside ... with some of those projects happening every spring. As long as the weather is good, we get two hound walks in per day. 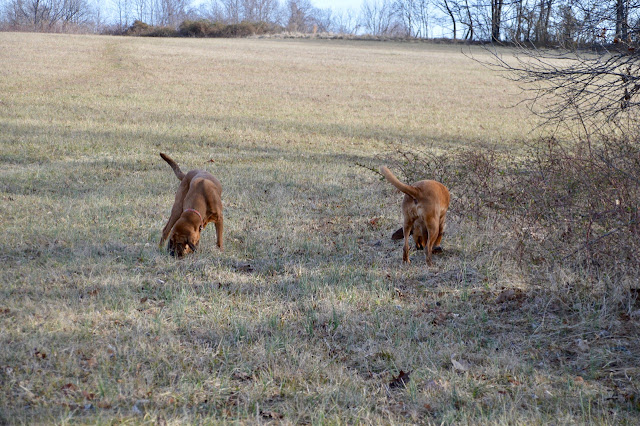 Stella continues her new routine of walking with Sadie and I. She might lag back a little but now it's only for her to stop so she can scratch what is itching her. In between the walks all three of the hounds sleep most of the time, unless it's time for lunch. I read today the average amount of time a dog sleeps is 16 hours per day, that seems like a lot. They let me know when I have gone past meal time. 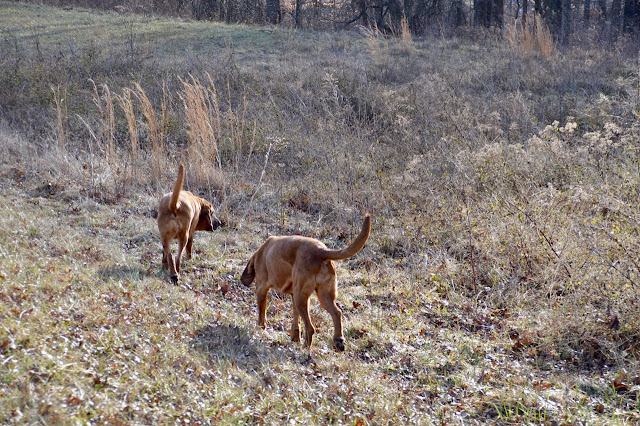 I'm not sure of the reason but it seems to me that both hounds have lost some of their energy lately. Is that because they feel it's still winter as they wait for the hot sunshine in the spring and summer to get them running more, playing more? We will see and it's something I have to keep an eye on I think. Otherwise they act normal for bloodhounds and bassets. 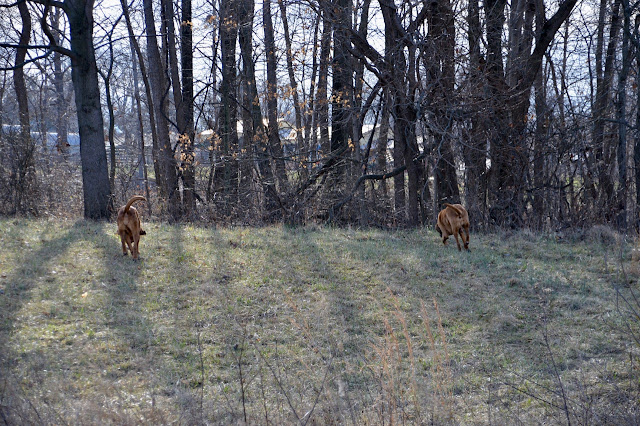 They didn't spend a lot of time in the far right corner this morning. Just a quick run through to check out some smells and they were back up with me. It was nice this morning, mid 40's, sun was out. There are many consecutive days in the 60's about 3 days away ... that should carry us through the month of February and very hard to believe after three months of winter. 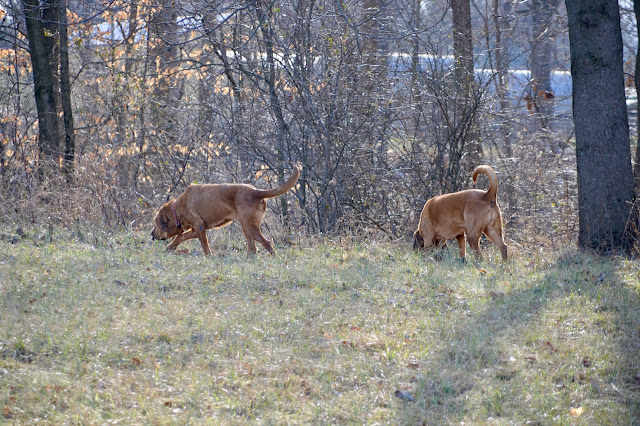 It might be because they are female hounds but there has never been a fight between Sadie and Stella when they find the same thing in the field or eat the same kibble only a few feet apart. That's good because I am not sure I could break them up due to their size. Not only are they big but strong. Heidi holds her own when it comes to eating. Her bowl is a good 6' feet away from the larger hounds. 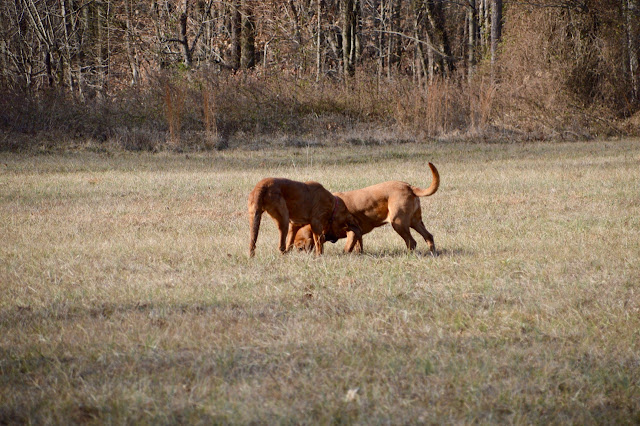 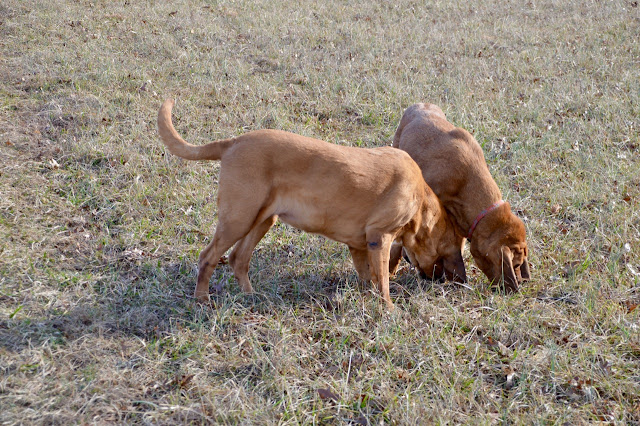 On the way back this morning I saw Stella behind us itching whatever is bothering her lately. Without calling her, she ran to catch up with Sadie and I. The leash has been in my pocket every walk but has not been used in a while. It would only take a deer chase to change this laidback pace. 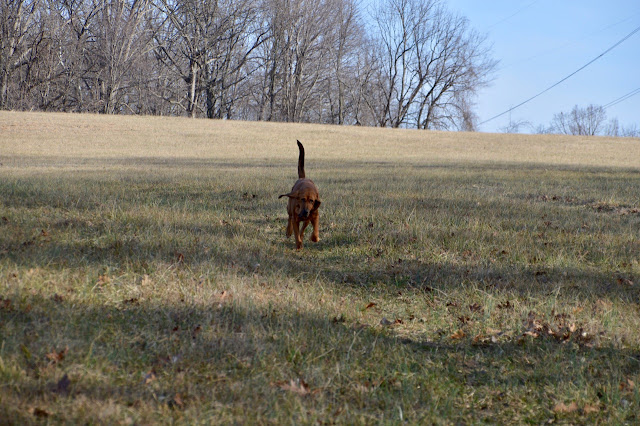 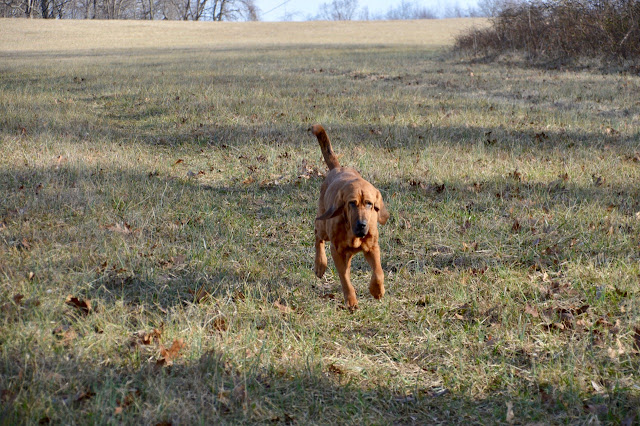 I've had a slow leak in the rear tire of the Z4. I have been putting air into the tire on a more frequent basis, so I ran it over to the local tire shop today between hound walks to see what they could find. It was just a small bead leak and an easy fix.

Stella has been on a record pace lately as far as NOT causing damage while I am gone. It's been over two months now since her last separation anxiety attack. I hope she has realized that this is where she lives and that I will return after those times I leave the house. At 18 months living here, it is the longest she has lived anywhere in her 7 years. 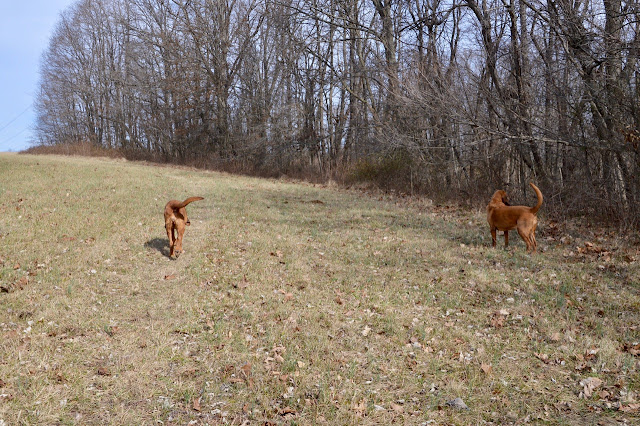 To some it would be a pretty boring Tuesday but it's the norm around here. I have a lot of things I want to do this spring and summer around the house so it will be busier than last summer. With Stella's desire to 'drift away' while outside, I will have to put her on the 80' tether in the field while I work. She doesn't mind it. 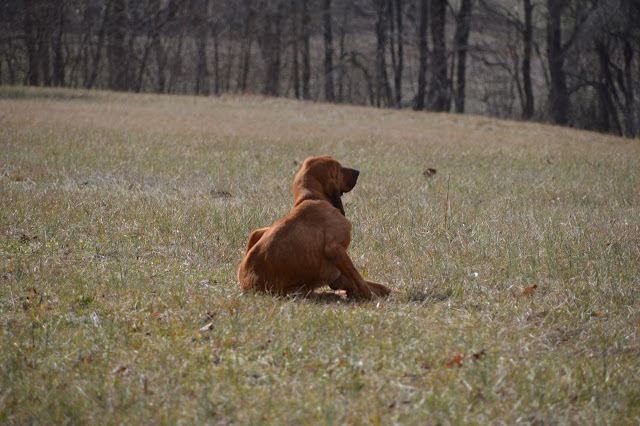 This afternoon's walk was about as slow as you can imagine. Sadie walked close to me most of the the walk, not far enough away to take any pictures. Stella didn't run but walked most of the way a few paces behind us. I swear I can hear her dragging her feet when she walks that slow. 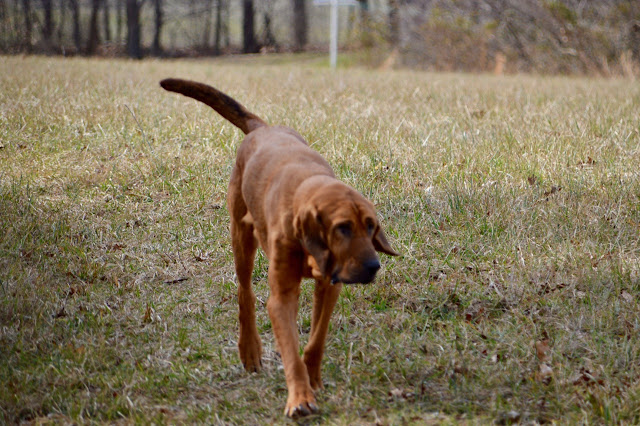 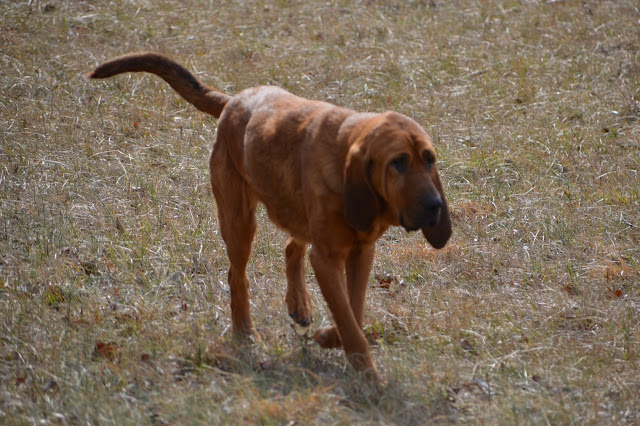 I've spent more time on the computer this week doing some reading and research, therefore my book reading has decreased a lot compared to the past two weeks. Maybe it's the subject matter that has slowed me down. 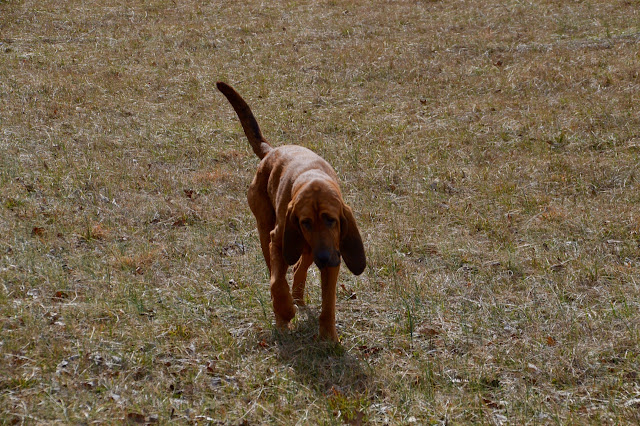 The reminder from the Cincinnati Reds page on Facebook tells me opening day is only 48 days away. Hard to believe they started spring training yesterday with pitchers and catchers, with the rest of the team starting in a few days ... with spring training games in a couple of weeks. It seems like MLB season gets longer each year. 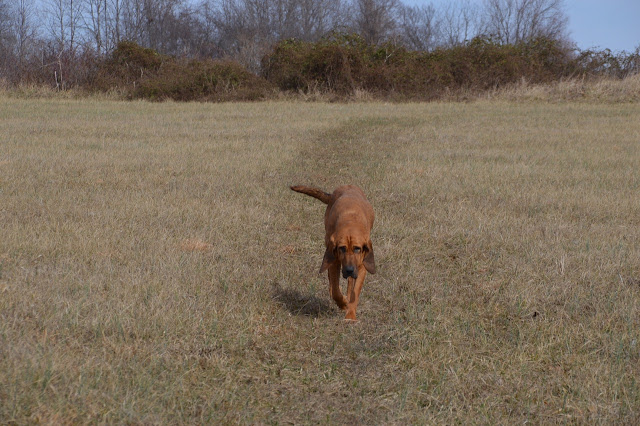 The rest of our afternoon didn't change much. The hounds went back to sleep after their 2nd walk. I grabbed a salad and went back to reading on the internet while watching traffic on the highway outside the large window.

I was wondering if it will snow sometime in March? What did I tell you, it's a furious pace to try to keep up with. 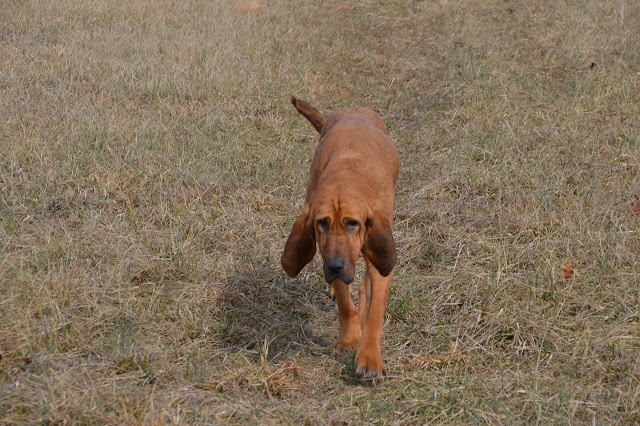 One of the best winters ever here in 'the tropics' of southern Indiana.
at February 14, 2017