Hounds Get A Second Walk In Today 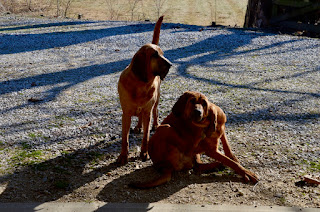 I had no doubt the hounds would get their 2nd walk in today. They always get two but lately the afternoon walk has Stella leashed, so no camera is taken.

Today I wanted to take some photos and hid the leash in my pocket just in case Stella became so stubborn where she wouldn't move. It was not planned but I ended up taking most of these pictures today at 200mm lens setting.

Like I said, I am going to have to find another dog food for Stella because recently she has been scratching more than she ever has. Does that mean it's the food or something else? Maybe the food is okay. 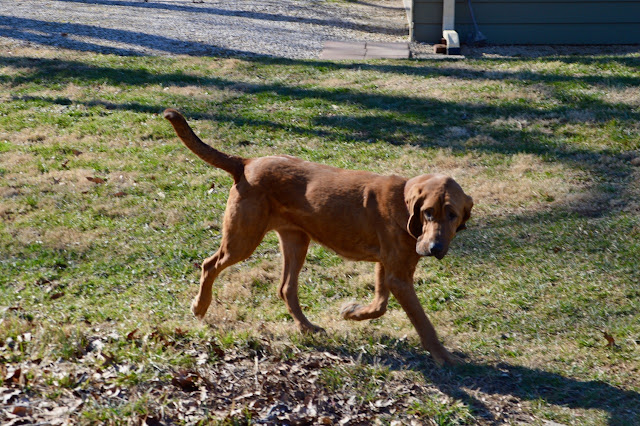 This is the tree I spoke of this morning. The high winds blew it over in February 2009. The sound of the tree snapping made it over quite a distance to the house, through closed windows, over the loud noise of the winds, plus the volume of the tv. The limb that is being stripped of its bark is the lower left, barely visible. 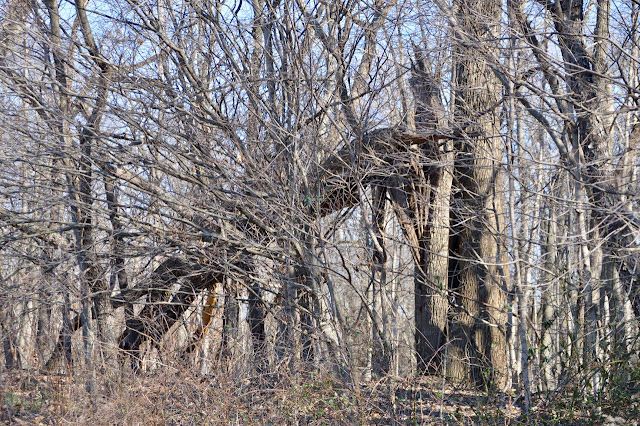 Stella was showing some great motivation this afternoon, attempting to keep up with Sadie and I. Something to consider, almost all of these photos were taken with the lens set at 200mm, so it's not like she was that close to us. 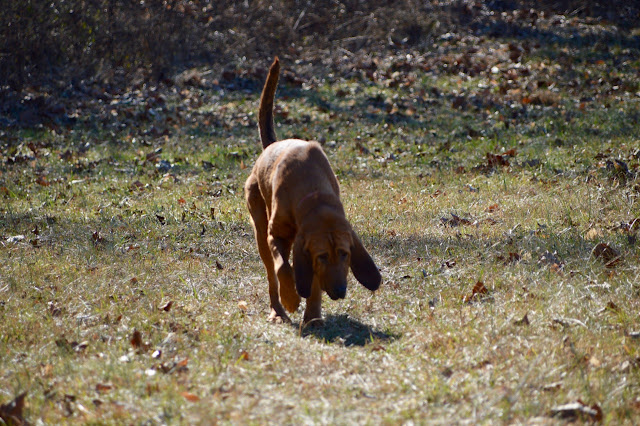 She was moving right along until she stopped and faced toward the wooded area behind the neighbors house. Looking through the view finder I could see her nostrils moving and thought she might take off sprinting any second.

She stood that way for a couple of minutes while I tried to decide whether to pull the 6' standard leash out of my pocket and prevent a sudden change in schedule of our walk. I decided not to put her on a leash and see what happens. 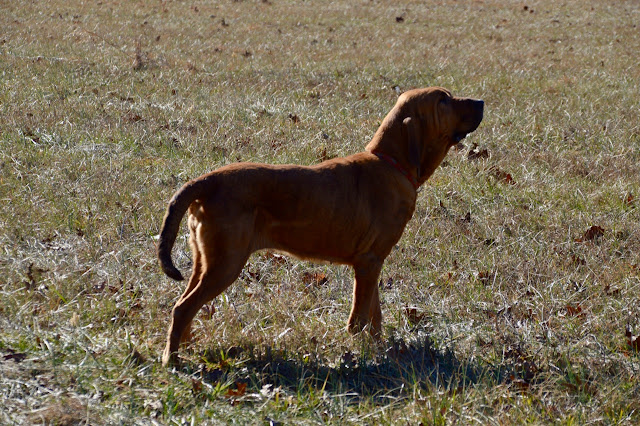 What a shock to see her start walking toward us. But that didn't mean she had lost all curiosity. She had not walked 10' when she stopped again to look in that same direction where she was so curious. 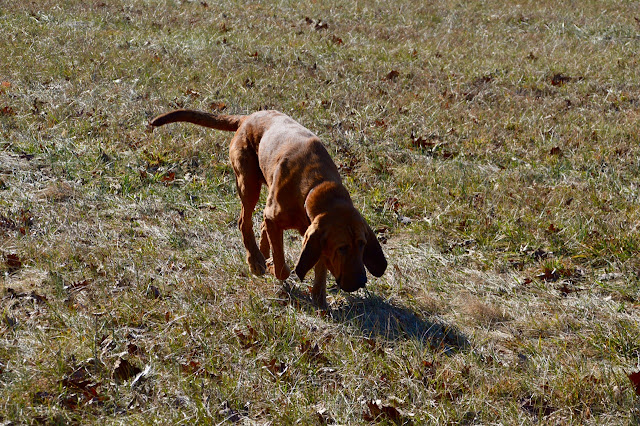 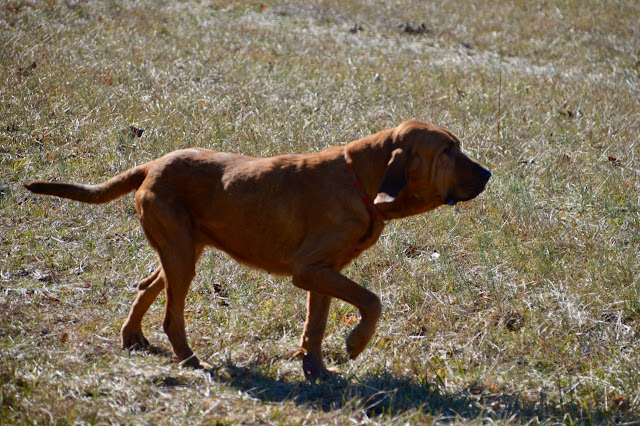 In the meantime Sadie had moved ahead of both of us and was enjoying running around the field. Once Stella saw that Sadie had found something, she ran to catch up ... there was no way Sadie was going to get something that Stella would miss out on. 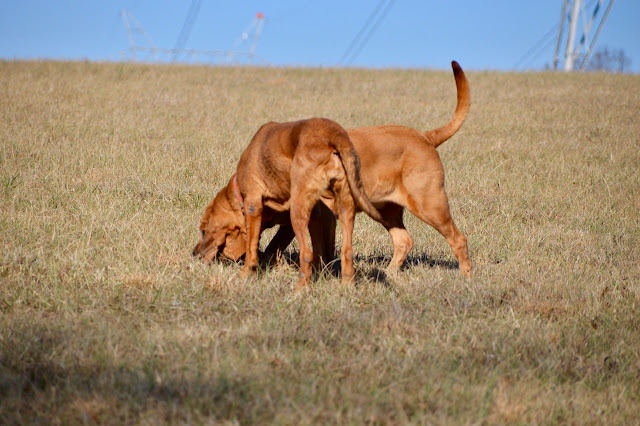 I continued my walk to the back edge of the field. Turning to check the hounds, Stella had not moved. Remember all of these pictures this afternoon are 200mm zoom. 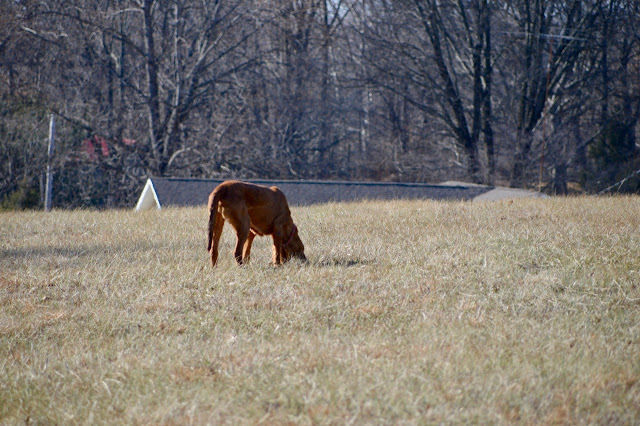 Sadie had found a new spot, one that she did not want to share. 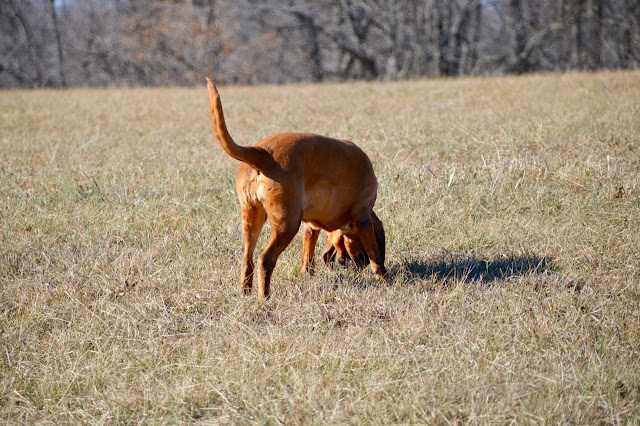 I am not sure what these are but I can assure you that when the ground is frozen with temps in the 20's, where you might not be paying attention as you walk in soft toe shoes, they feel like a concrete wall when your foot accidentally hits them. They don't break either. Luckily I didn't drop the camera as I stumbled. 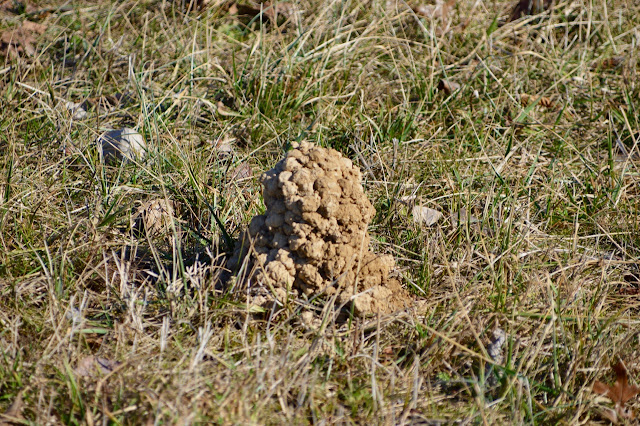 Another one just in case I missed the first one. 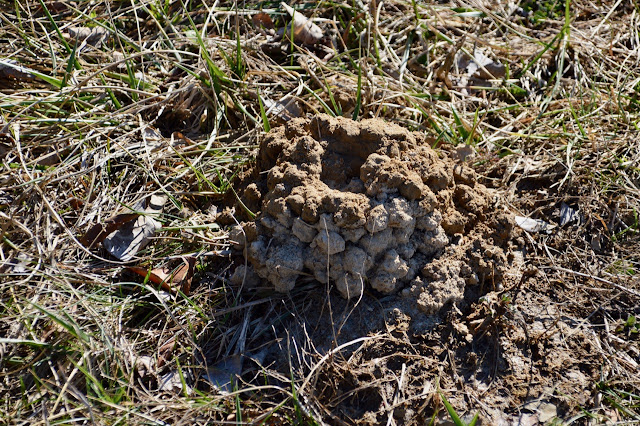 I'm on my way back and the hounds have not moved. 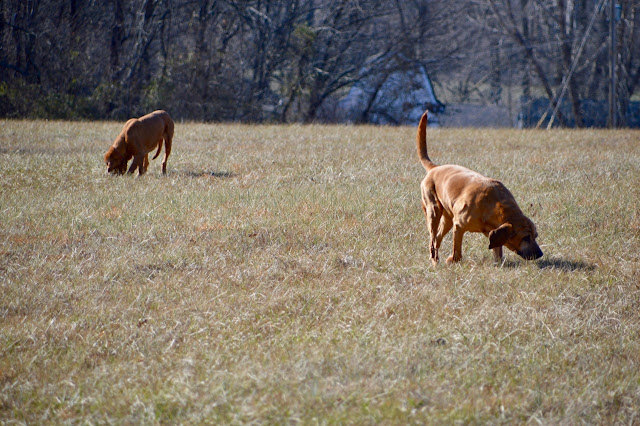 And they won't move either ... no matter how close I get or if I walk past them. 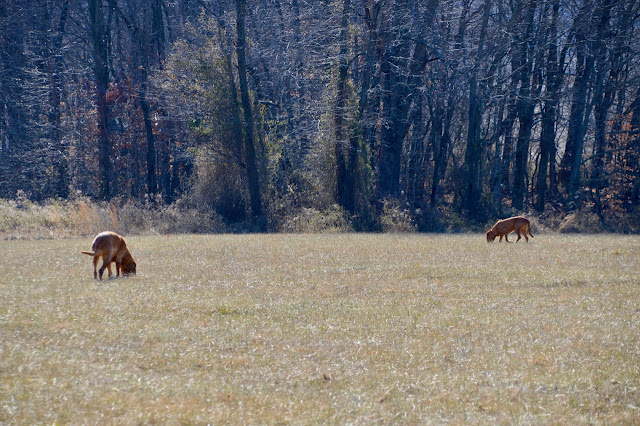 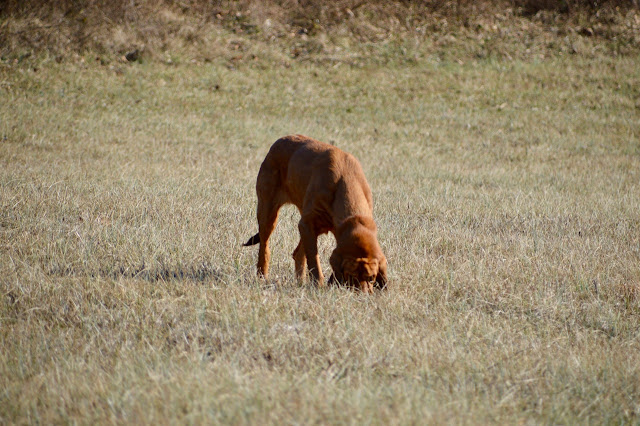 Finally they decided they were finished and were ready to get home. Both of them came running past me, only to stay on the path and slow their pace to a slow walk. 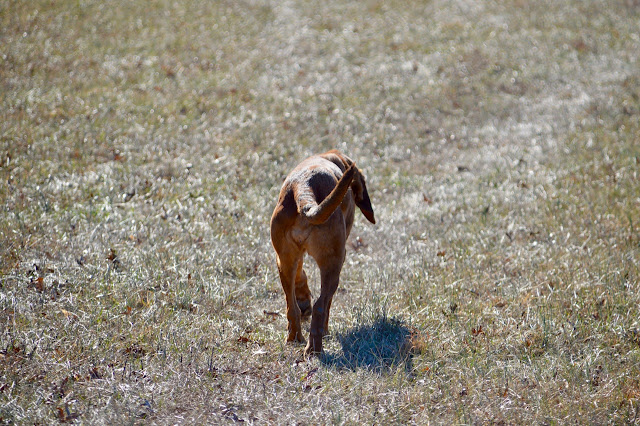 A whole field to walk in and they have to walk in front of me, slowing up my pace. 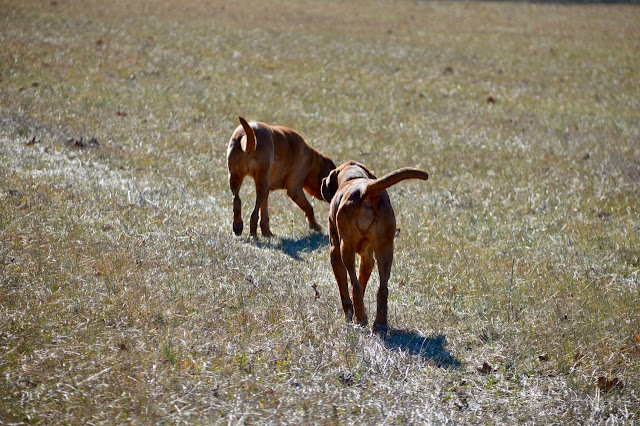 Sadie had one more thing to check out before she officially finished her walk. For some strange reason, Stella had sprinted ahead and was waiting at the house. 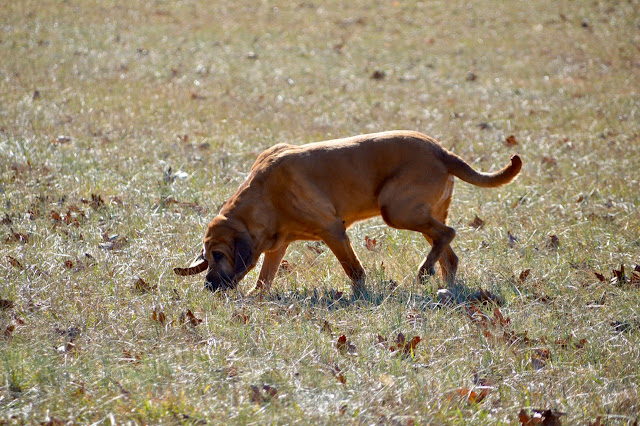 It was good to feel my 18-20 hour digestive problem was gone today. I felt good enough to load the car with the one 32gl container of recycled stuff and head to the recycling center. I needed another supply of books so I stopped in and picked up an old novel by John Grisham and another political book off of the "New" shelf. The Grisham book will be my first book with large print (LP).

I did think more about starting a new Wordpress blog when I sat down at my computer. The thought of a different subject blog flew through the brain cells for a nano-second and then the urge for any new blog immediately disappeared.

I think its more of wanting to play around designing a new website or blog, more than starting a new subject to write on.

The hounds are sleeping in the sunshine that has warmed the house up. They always like a nap after a walk.

Nothing else to report from the 'the tropics' of southern Indiana.
at February 03, 2017
Email ThisBlogThis!Share to TwitterShare to FacebookShare to Pinterest
Labels: Dog Walk Unleashed, WordPress