Another Year Ends With RAIN 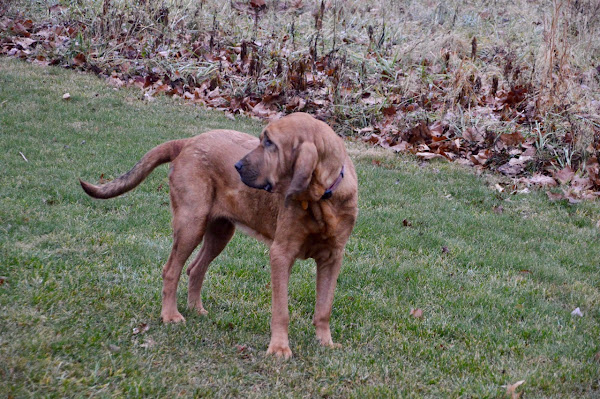 It's pretty amazing to look back through the blog to previous years, the exact date, to see how things change within that 12 month period. I can also search certain dates in my large Photos Library on my computer and see the changes all on one screen. It wasn't until I looked back in the older blog to see that last year it was -1° with a windchill of -9°. Consequently the hound walks were canceled for the day. 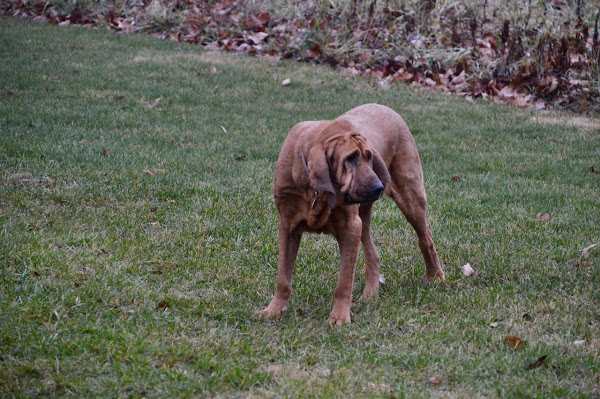 Then the foggy brain cells of mine remembered last year. The coldest winter in history here in 'the tropics' of Southern Indiana. For over a month from December 15th to January 15th it never was warmer than 32° and many of those 30 days had high temps of single digits ... some below zero.

I started this post this morning with on the first two photos of Stella. It has been raining all night. Add all of that water to the saturated field, it was not walkable. Stella knew it before she stepped off the carport. She stood listening to the rain drops that were falling from the tips of the tree limbs, but it wasn't raining. She knew we were not walking at 8am. It was too dark, much darker than those two photos show. She stood in the yard a little confused. 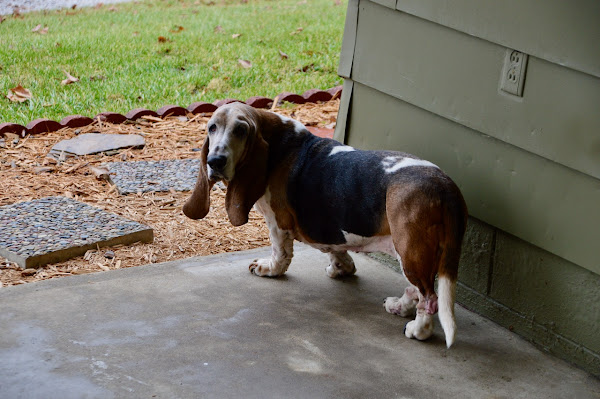 Heidi didn't think it was that bad by lunch time, as she snuck around the corner of the house. It was warm enough to be above her threshold but she didn't stay outside long. 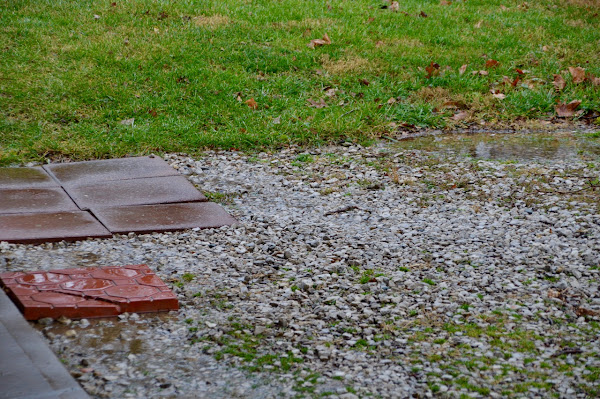 After raining all morning it didn't look bad for standing water. Reinstalling a new drainage system is the first thing on the list for a March/April time. It's old and obviously not working as good as it use to. 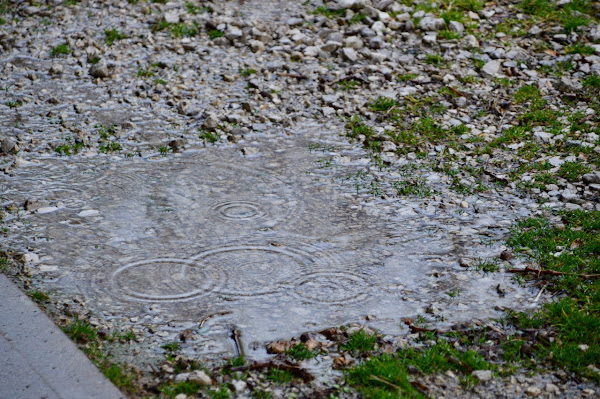 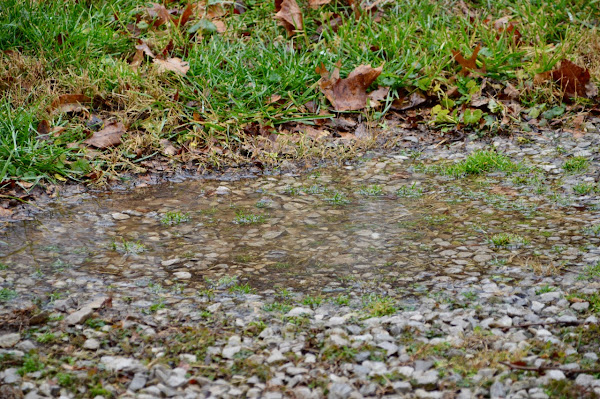 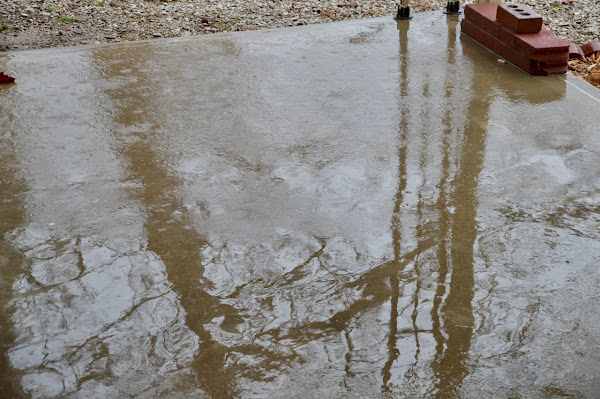 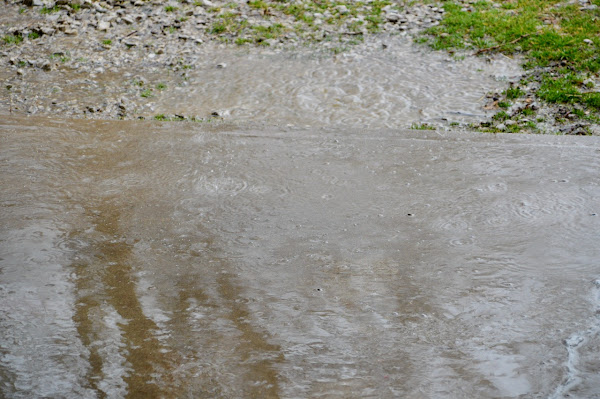 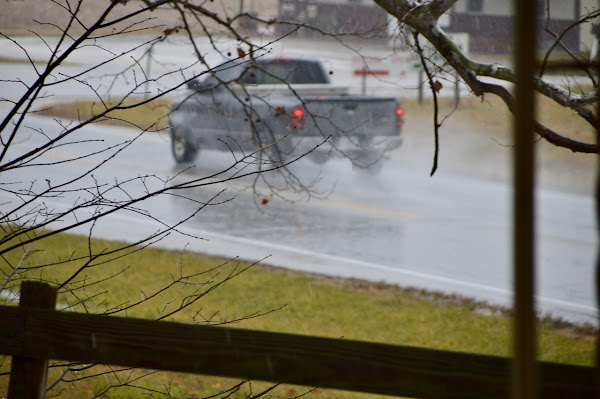 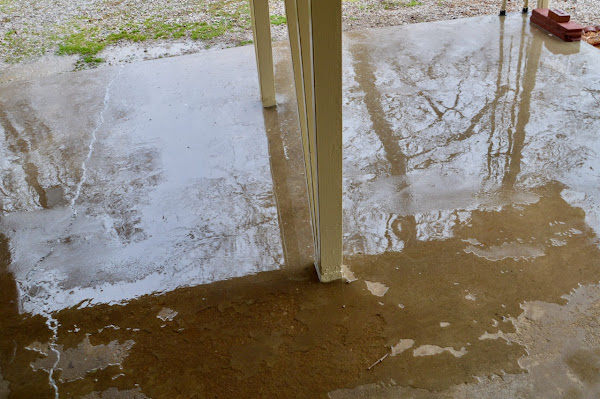 About the time I thought it was over, I had a "Weather Advisory" hit my inbox, telling me high winds are scheduled for later this afternoon or early evening. Will those 40mph - 60mph winds disturb my tv satellite signal while I try to watch two good football games?

A little after 2pm the lights flickered, the internet lost service as well as my tv signal, with it raining so hard I couldn't see outside. When you see the amount of standing water you will not believe that short burst of rain was less than 20 minutes long.

Stella doesn't like to walk through water. Just to the left of those posts is her way outside. She snuck around the car thinking she could bypass the large puddle 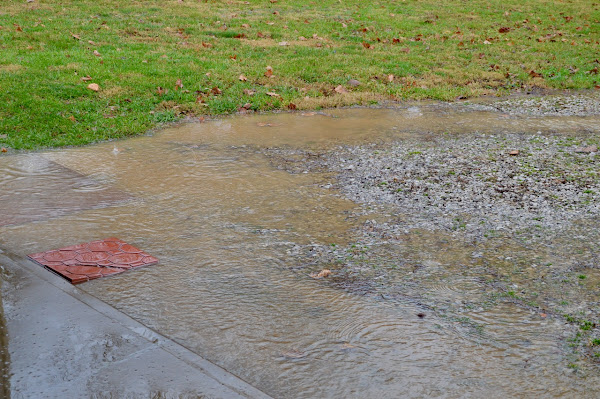 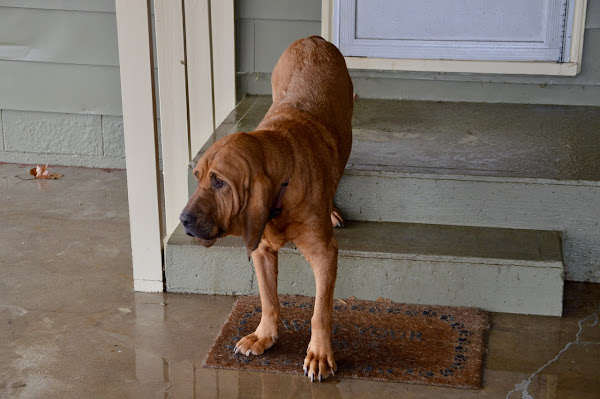 She stood and thought of a plan. She had gone outside this morning to dump her tanks but likes to always go out after lunch. Walks were cancelled today so she knew she would not be able to get to the field. She doesn't like getting her feet wet. 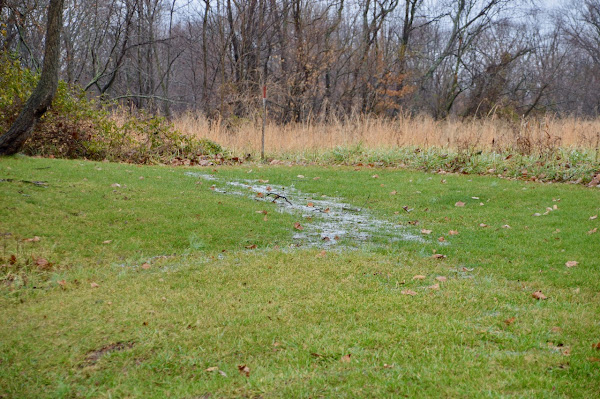 Not until I cleared all of the overgrown brush in this area a few years ago, did I have that water path down the center of the yard. In fact with all the heavy brush, I never saw standing water of any kind in that area. 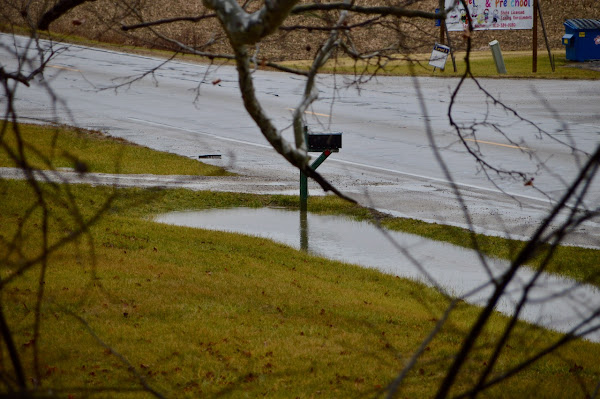 When the neighbor's culvert is flooded, that's a sign of a lot of rain water. Before December 1st we were 10" above our annual average of 42". We have had three major rain storms this month. 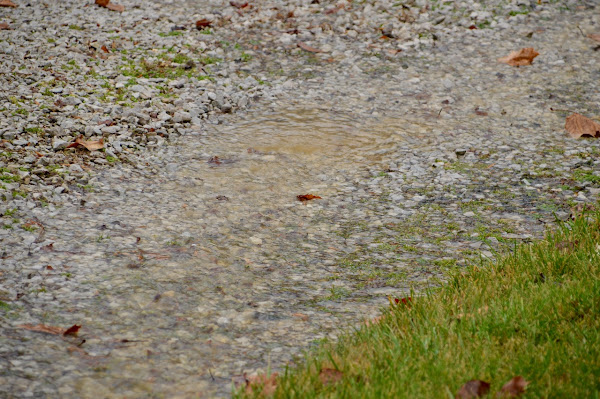 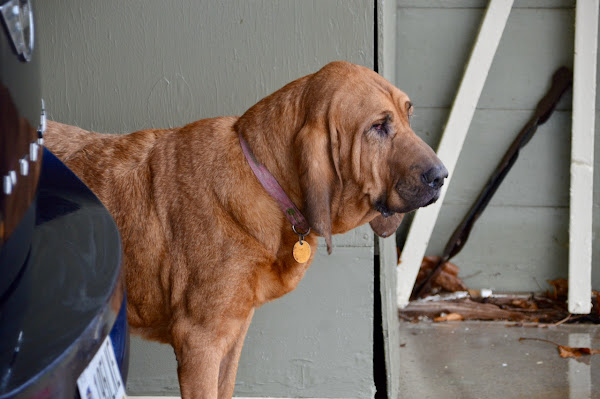 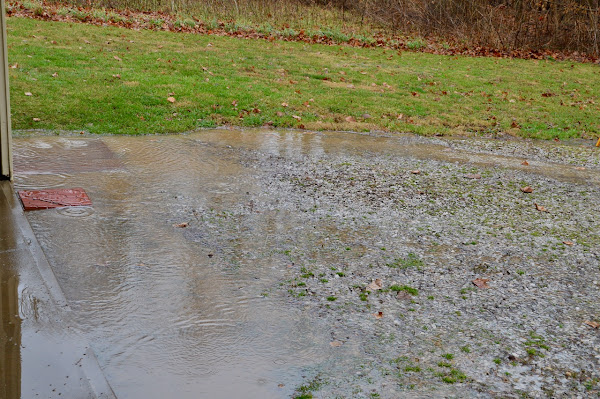 As Stella walked along side the car ... she saw more flooding ... she was stopped and would not go any further. 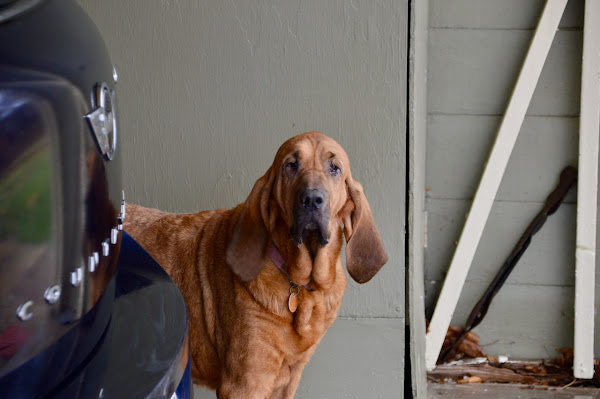 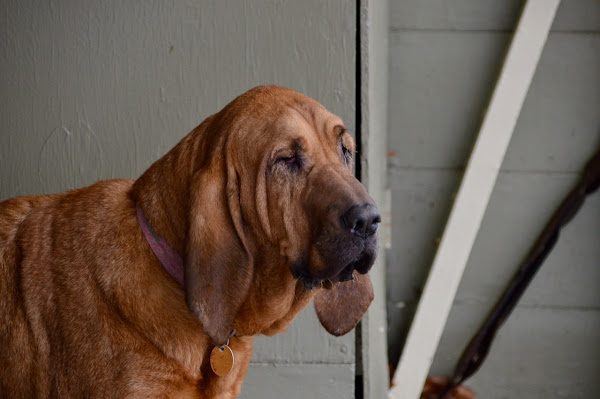 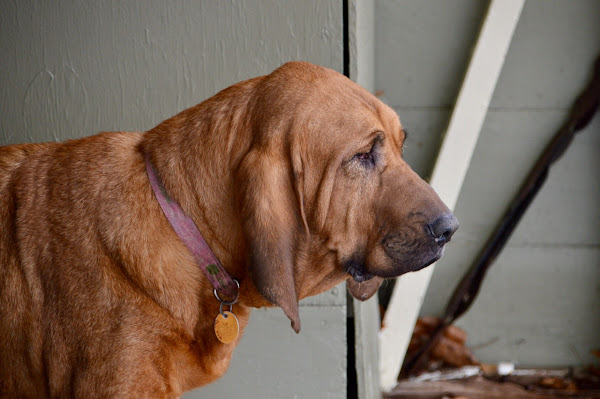 Sniffing the air, she didn't see any way nor smell any way of getting outside into the field or yard. She slowly turned and headed back inside to wait for a try later on.

We decided to "button down the hatches" and prepare for high winds. With the ground so saturated I am never a fan of high winds. In 2008 with more rain than what we have now, straight line winds pulled every tree out of 80' of bank, landing those trees parallel to the house. The closest tree was 8' from the front door and the front yard was covered with fallen trees.

I hope the winds don't disturb my satellite signal. I'll be watching the Michigan State - Oregon game at 5pm and Northwestern - Utah game at 7pm ... right during range of time for the high winds warning.

62° today in 'the tropics' of Southern Indiana.