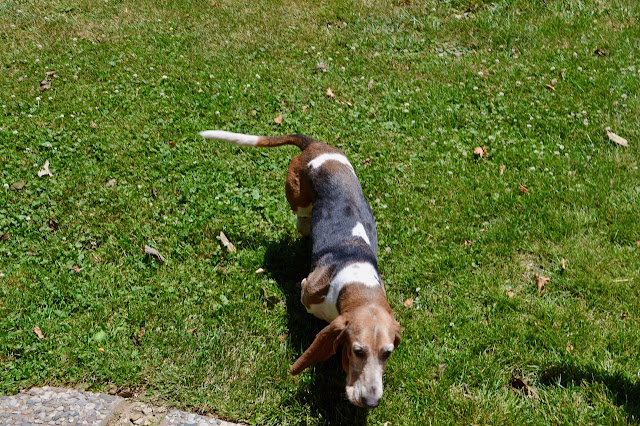 I almost caught Heidi laying in the backyard enjoying the sunshine right after her lunch but by the time I had the camera and in focus, she was sprinting for the door to go back inside. It was an afternoon where the AC was needed but pretty close to opening the windows instead because of the strong breezes cooling the day down. 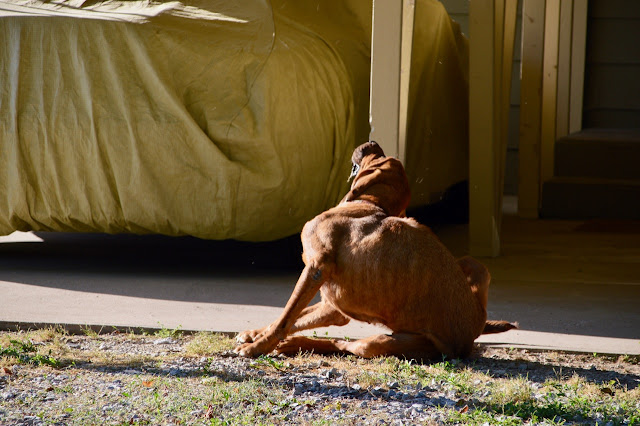 Later around 7pm the bloodhounds and I wandered around the backyard, enjoying the shaded area on the north side under the mahogany trees with about 15° cooler and those strong breezes. While Stella was busy scratching, Sadie and I snuck (walked) off to the north side of the yard. 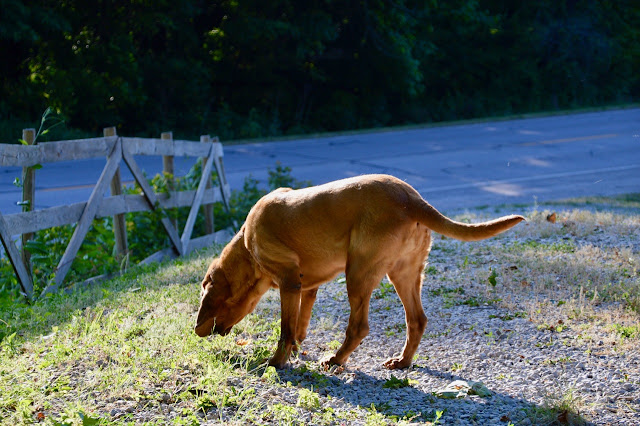 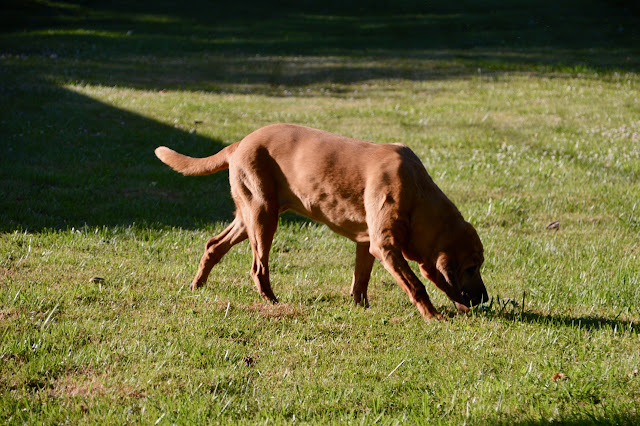 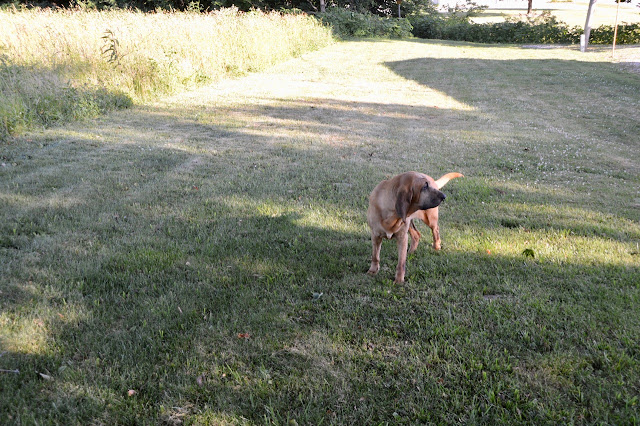 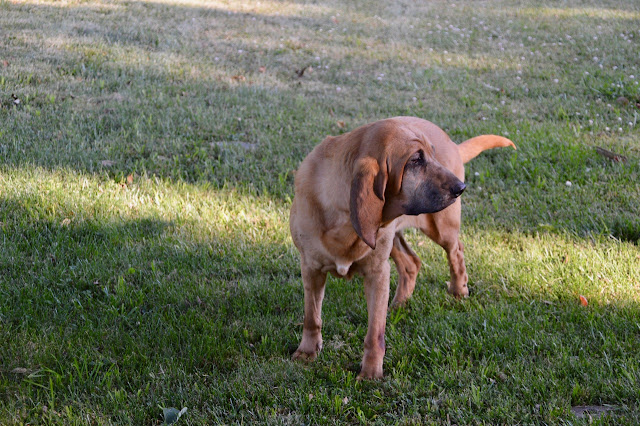 Stella evidently missed us moving that direction because once she walked over to where we were standing while she was scratching herself she became confused about where we were or had gone. 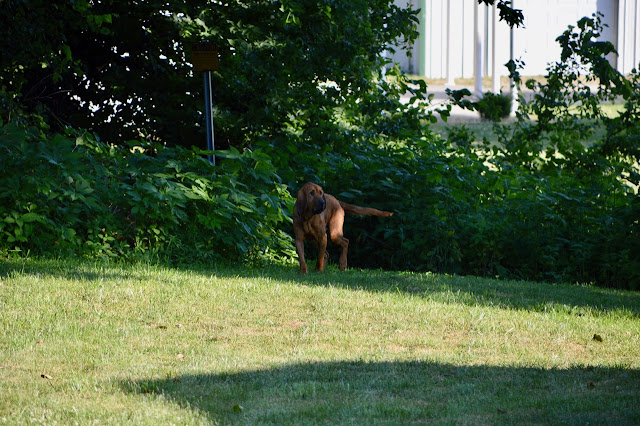 She even thinks Sadie and I have gone back inside and left her alone. 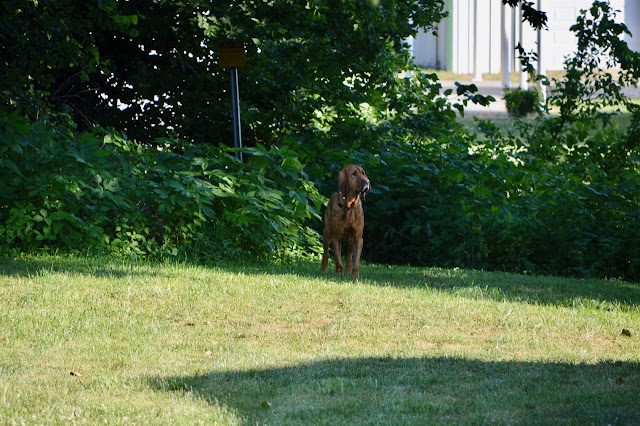 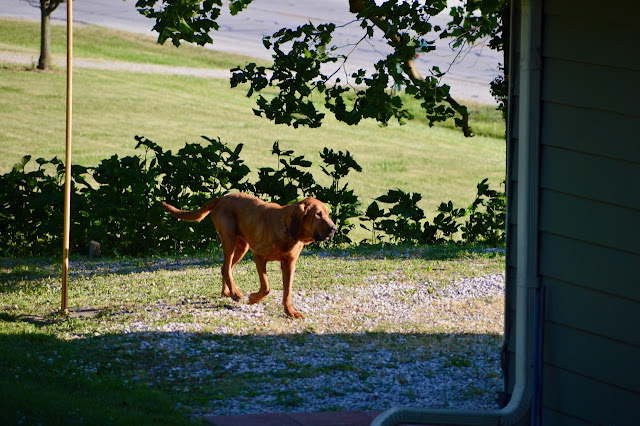 She finally glanced up and saw where we were but continued to the door ... she had enough of the hot weather.

While wandering around my backyard I took some pictures of nothing in particular and views from different angles not used before. 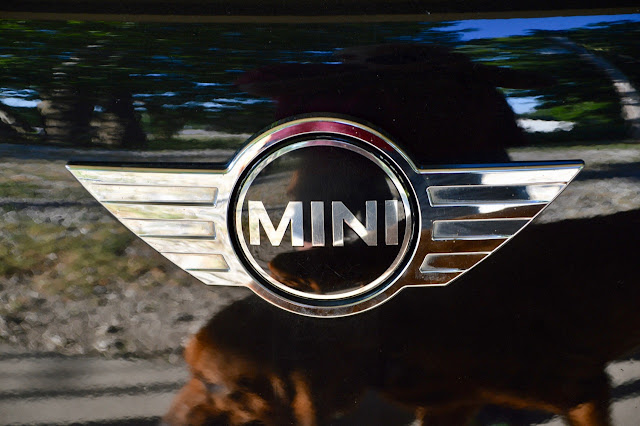 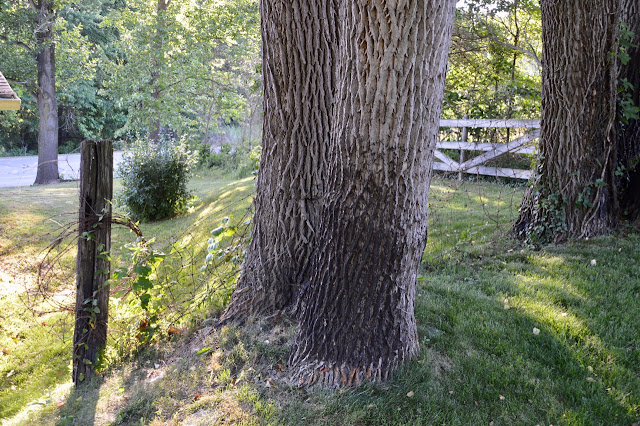 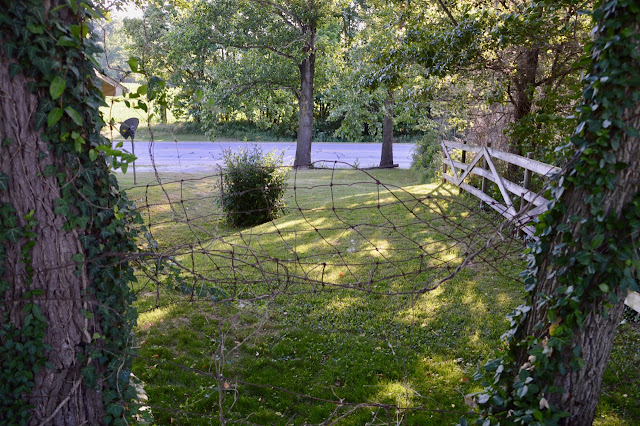 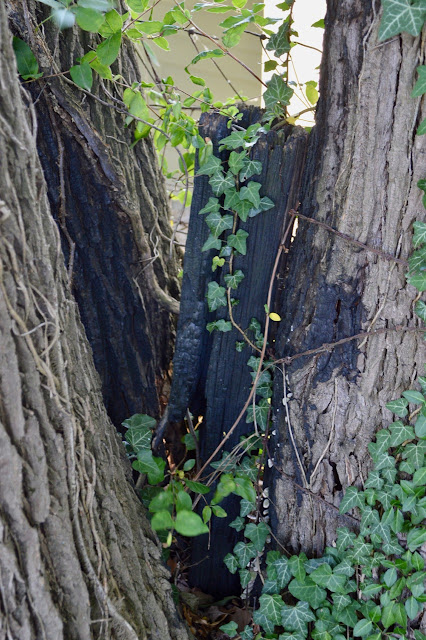 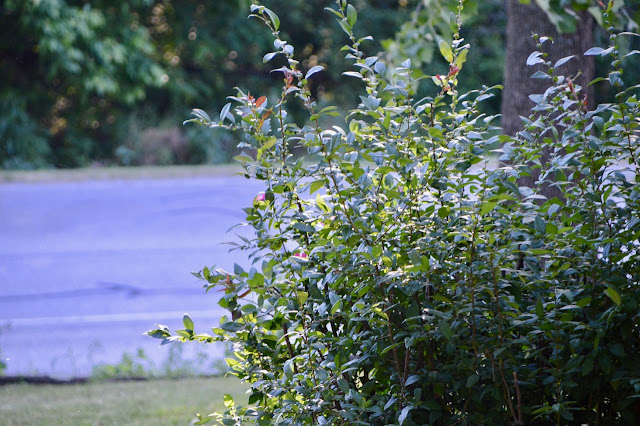 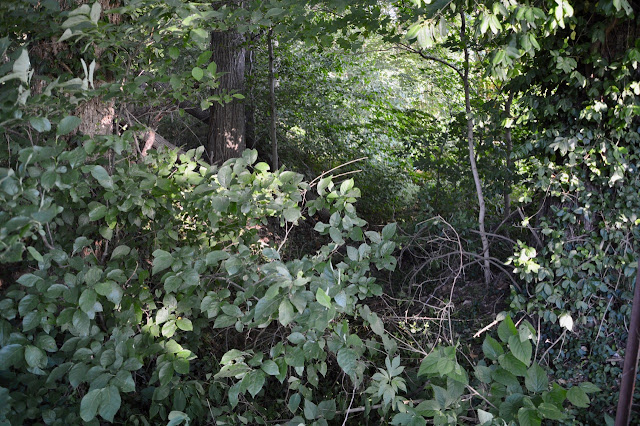 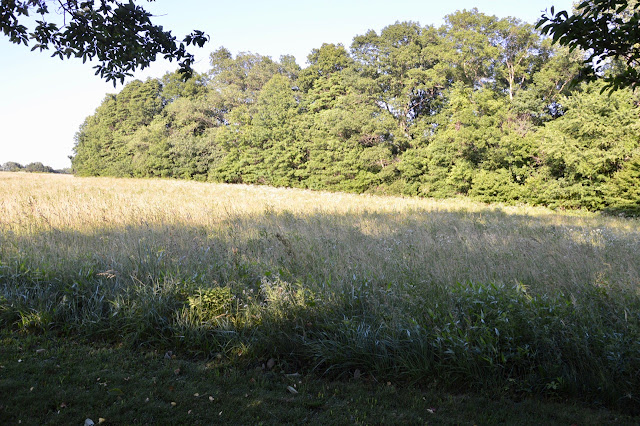 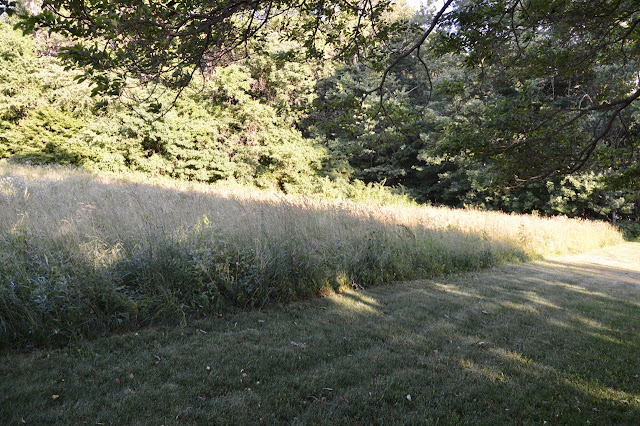 It looks like a light dinner (salad & ice tea), and then watching the IndyCar race at the Texas Motor Speedway in a few minutes. That will keep me busy until the Reds game in Los Angeles that starts 10:10pm local time and after that another day of fast paced retirement will be logged into the books.

It's been a nice day today here in 'the tropics' of Southern Indiana.
at June 10, 2017
Email ThisBlogThis!Share to TwitterShare to FacebookShare to Pinterest
Labels: 2012 Mini Cooper S Countryman, Heidi In Yard, Stella's Confused, Yard Pictures