First Snow Of This Winter 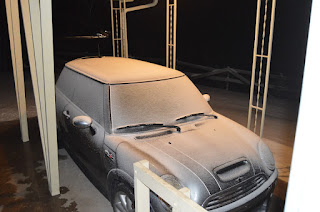 I see that Blogger is having issues again. I posted my last blog post on Saturday afternoon January 9. I see after I made an edit to Saturday's post this morning, Blogger changed the date of my Saturday's blog post to today January 10. I know it's nothing ... really ... but stuff like that drives me crazy.

Woke up in the middle of the night, but it wasn't Winston's whine I heard. It was a snow plow barreling down the highway with me hearing howling winds up here on the hill after that snow plow passed the house. So I was pretty sure the local weatherman was a few days off with his prediction the other day of snow showing up in the middle of this week. Even wunderground.com, my weather channel, predicted snow Wednesday.

So as I opened the door at 5:21am to let the hounds outside I saw my Mini Cooper S covered in wind blown snow. A few friends have suggested to me over the years living here, to convert my carport into a garage, it would prevent wind blown snow settling on my vehicles. I'm "old school". I like that the house still has the original but painted aluminum siding. I like that all the cabinets and counter tops, along with the stove that almost caught fire a few weeks ago ... are the original 1975 feature.

What has kept me from changing that to a garage is a different reason besides being the original design. It would block the view I have out the large window when I sit at my kitchen table either eating or being on my laptop.  I remember in 1979 my great aunt and I sat there drinking iced tea as I took a break in the summer sun while painting the overhangs. I never knew I would end up living in this house back in 1979. I am not from the area but my parents, grandparents were.

So Stella, Sadie and Heidi sprinted out into the snow at 5:25am. Of course Heidi stayed under the overhang and wasn't outside more than 30 seconds. The only reason Stella and Sadie came back to the door so fast to be let in after their trip outside ... Stella thinks it's time for breakfast.

It wasn't. Not at 5:30am. We all caught a few hours of sleep before we were up for the day. As you can tell, as it probably does with  your dogs, snow seems to give them more energy. Stella and Sadie played as soon as they stepped onto the snow covered driveway. 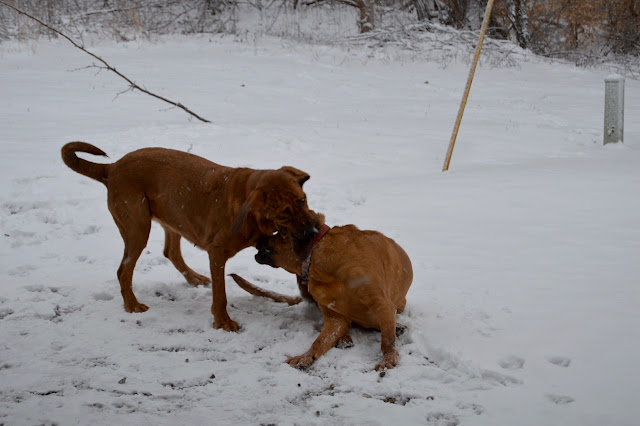 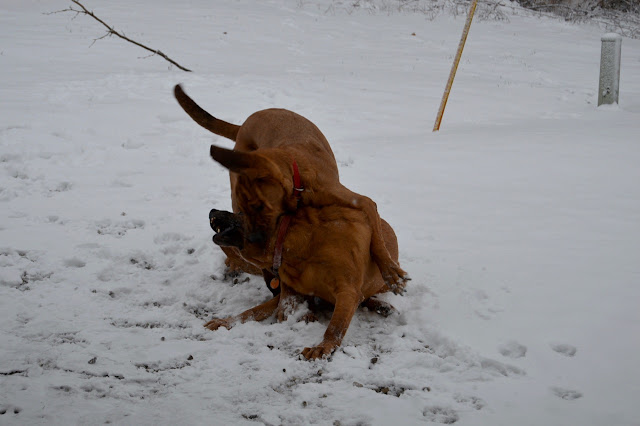 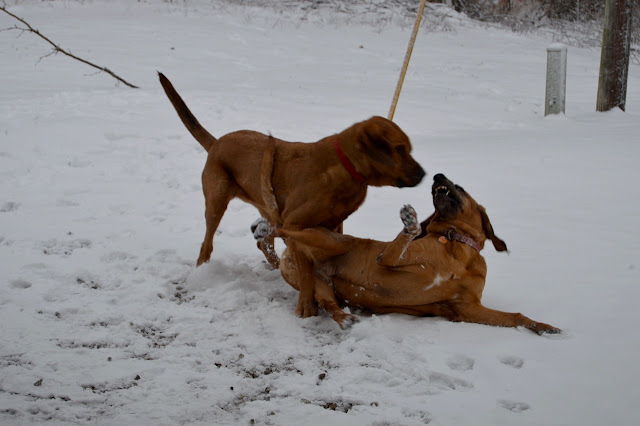 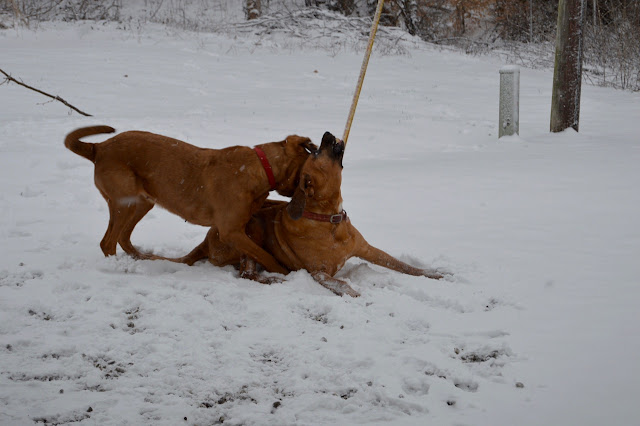 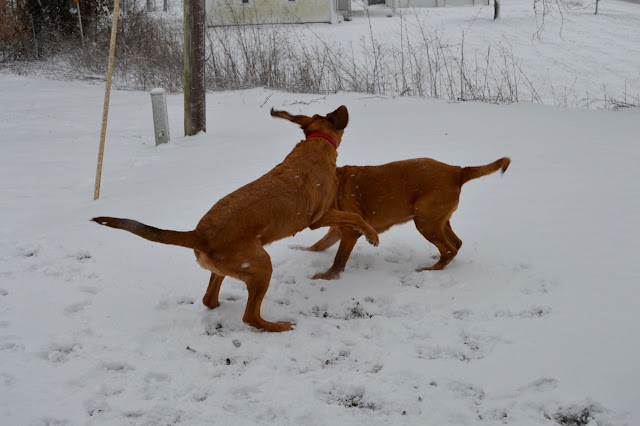 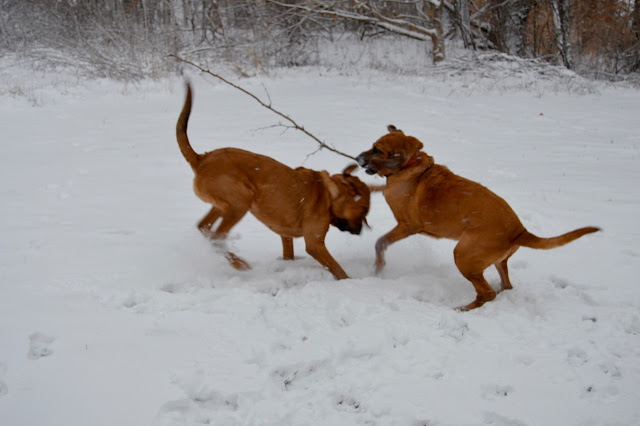 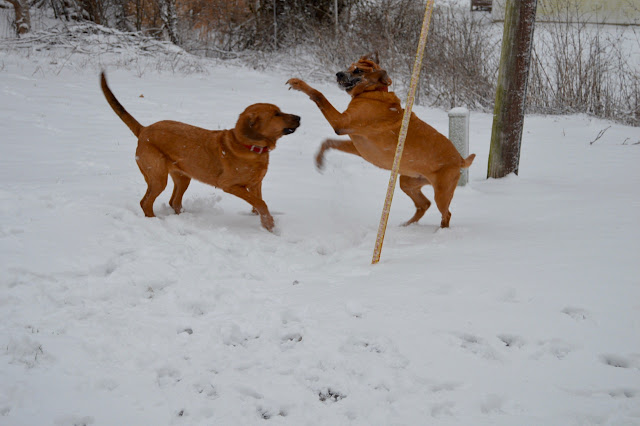 Just as fast as they started ... they stopped playing and sprinted a few laps around the field. I would have had more photos of that but my trusty Nikon D3100 that I told you about a few days ago ... was back to not working for a short time. 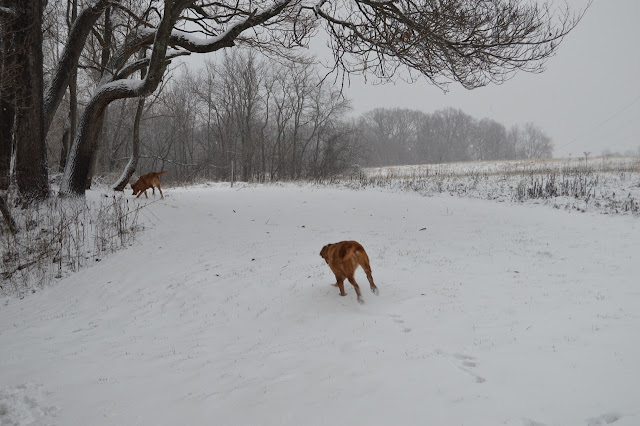 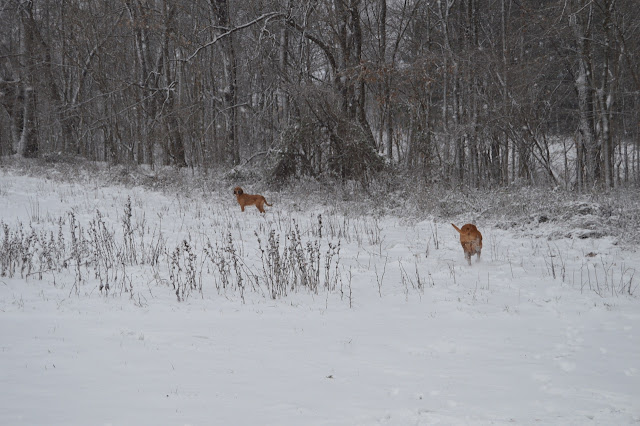 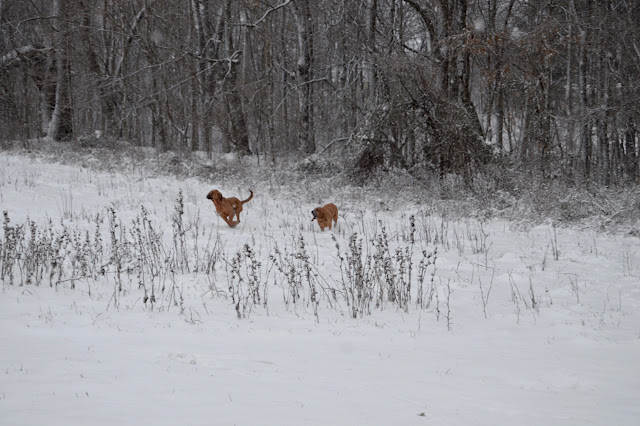 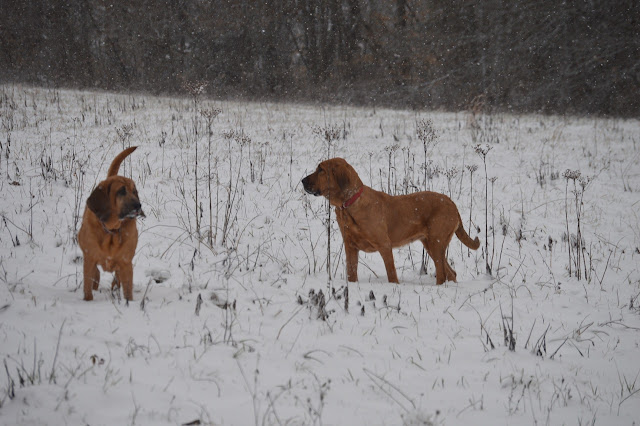 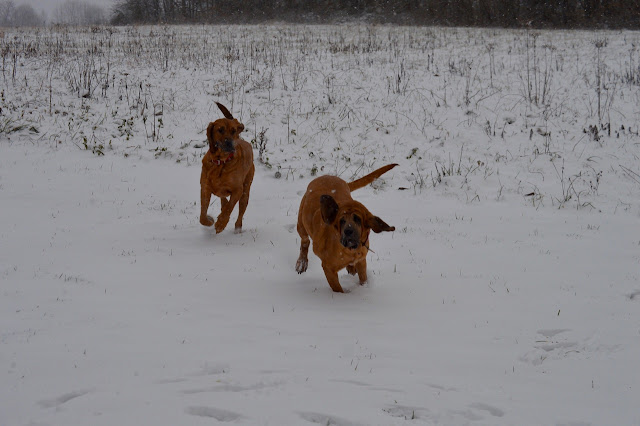 She tried to enlist Sadie to help ... but Sadie doesn't care 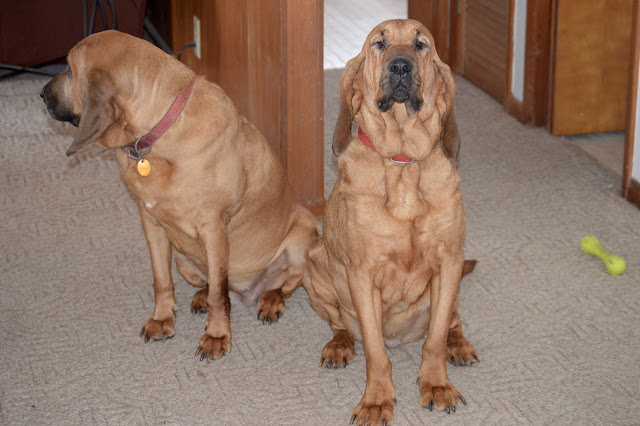 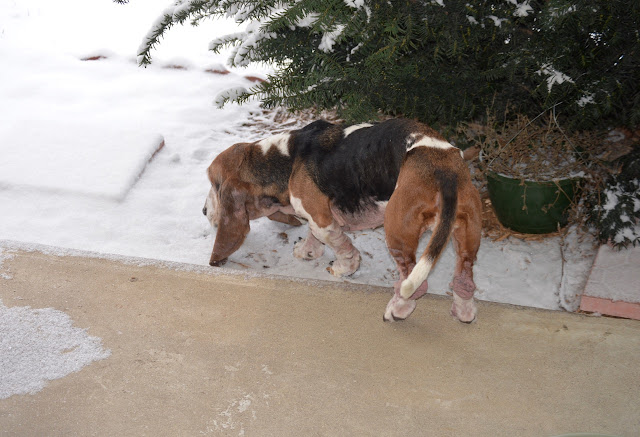 Between the two NFL games, ALL the hounds had their nails cut. Only Sadie needed bribing but all of them got a peanut butter bone after they were finished.

Last time I looked the snow was flying horizontal outside ... so the hounds and I spent the rest of the afternoon hibernating inside.

That's it from the "tropics" from Southern Indiana for today.
at January 10, 2016