A Small Pop In Winston's Back

Sadie and Stella start 2016 the right way by not even making it to the yard to wrestle, they barely made it past the FJ before they started. It must be the warmer than normal temps, it was 0° last year, high 30's today. 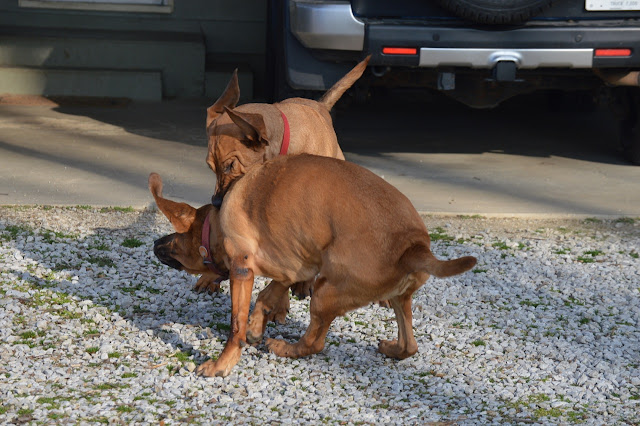 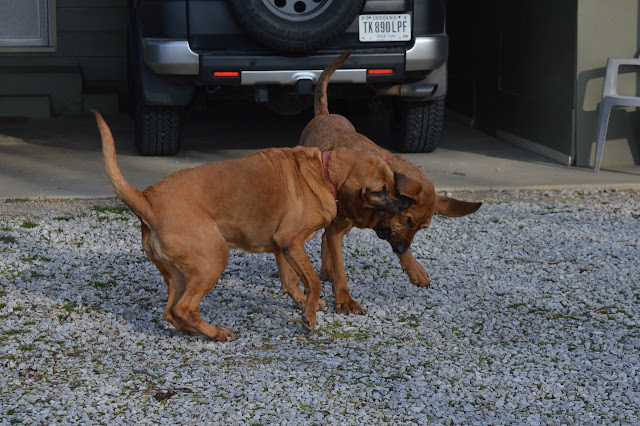 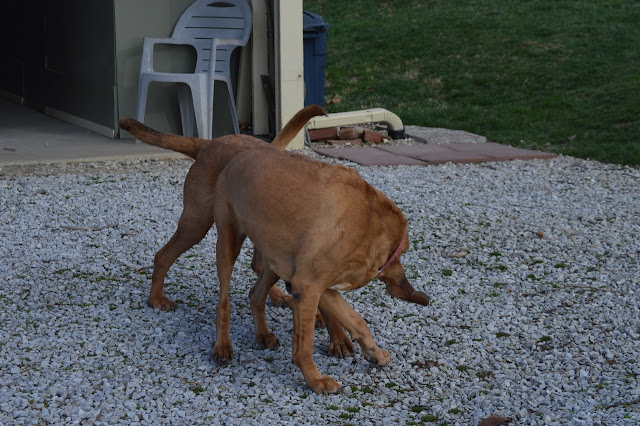 We barely stayed awake past midnight last night. I did anyway, all the hounds slept most of the night including Winston. At one time he was in the snoring stage and I take that as a very good sign. The good signs seem to be appearing more and more ... very encouraging.

The day started with the same routine as yesterday and really about the same time. Sadie came into my bedroom whining loud enough to wake me ... just to let me know that Winston was whining to go outside. It was 4:44am. It was about a second after I took the gate down and he started marching to the door while dragging his legs behind him. A "stop Winston" got him stopped so I could prop the door open and put the t-shirt sling under him to lift his hips.

He came back inside and went straight to sleep. That lasted another 3 hours when all the hounds let me know that it was time for their breakfast. When I put the gate down, he sat on his blankets wagging his tail ... a small bowl of water later ... we are "sprinting to the yard.

So now it's 730am I am still feeling I need more sleep but this time I took a chance and put him in the center of the bed. Here is where the next 'good sign' of improvement happened. As he sat up after almost 3 hours of sleeping, there was a small pop in his lower back ... like a chiropractic adjustment. Once again when he saw me getting out of bed he went to the edge of the bed ready to get off. He waited until I lifted him and carried him to his blanket.

Same routine to go outside dumping both tanks ... came back inside and went to sleep until Stella began howling to be fed lunch. His next laser treatment will be tomorrow around 1:30pm. I am thinking with the reduction of swelling around his spine, the small back pop today, more tail wagging these past few days ... this next laser treatment could be really good for him and speed his recovery even more.

With his legs up off the ground as we walked outside at 10:30am, I noticed a little movement with each rear leg in a walking motion, not just dangling free. His left paw was in the normal position while his right paw was somewhere in between the normal and hanging straight down.

As you can see Stella and Sadie are ready for their first day in 2016 to stand on alert with Winston. 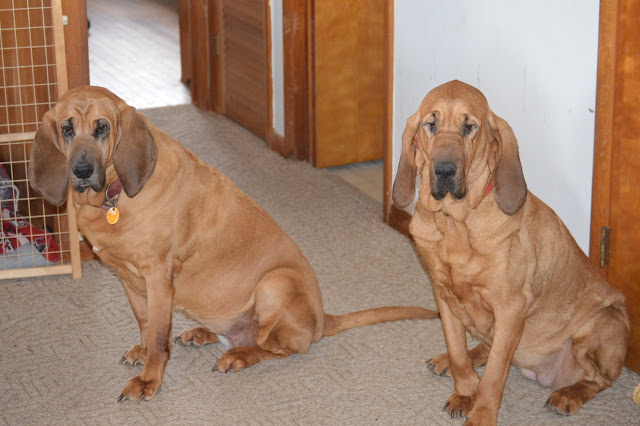 One of the blog readers has a real interest like myself, in old steel bridges. So with all the rain we've had this past week along with the photos of the field across the highway flooding .. I decide to take a photo shoot break and see what was up with that bridge with flooded fields ... and to give him an update.

Here is where I talked about that bridge last May, along with some photos:  Click here:

I didn't get far today.

The first photo is the same road last May 2015. 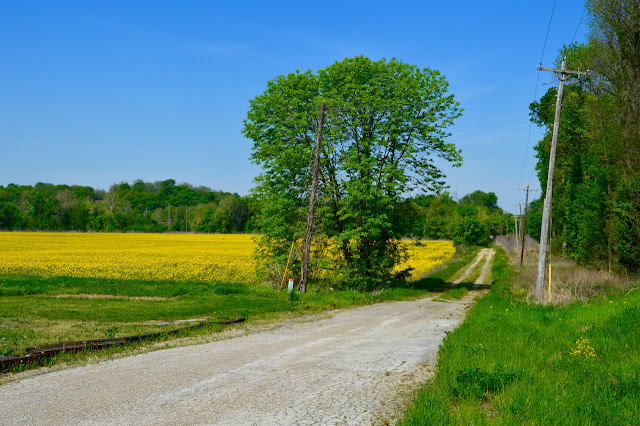 Here is a current photos from late this afternoon of that field of yellow weeds (flowers). 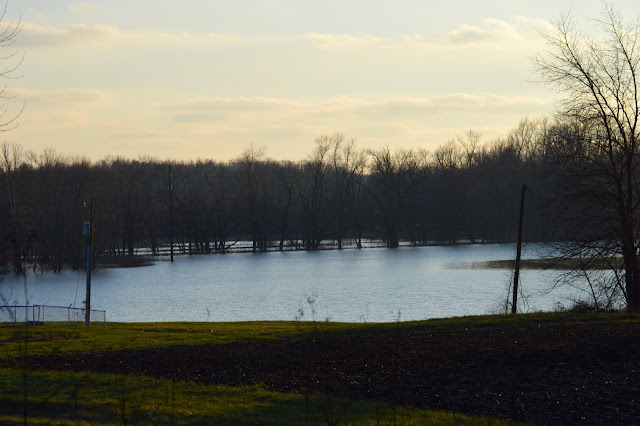 Sometime around the normal "anytime after 12 noon", if Stella is sleeping she will wake up to let me know it is time to eat. They just had their breakfast at 7:30am so not quite 5 hours and they are wanting to eat. Even Winston was sitting in his gated area today wagging his tail while Stella begged to be fed. For the first time ever I was able to capture Stella howling ... it's a soft howl ... a bloodhound howl ... and I think it's her bark also. I have never heard Sadie bark ... ever.

Sadie seems to be looking at her wondering what the hell is she doing??? 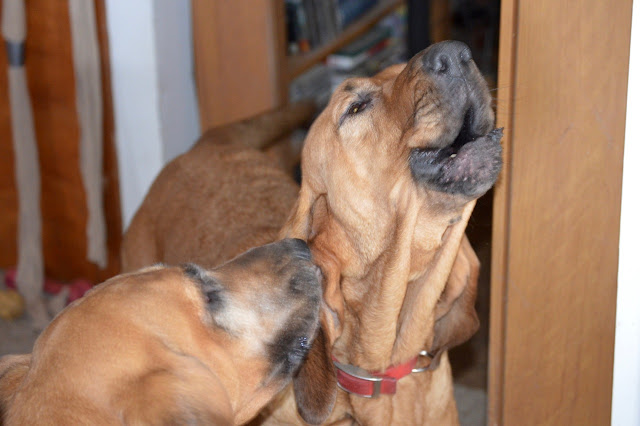 There were 3 things today that showed more improvements. They keep coming and that's a great thing to see.

I know for those readers that are not pet owners it might seem gross to talk about this type of stuff, but it's part of of owning a dog and in this case a dog that is in recovery from a back issue. He continues to do the best he can to get better. Basset Hounds are a stubborn breed and loyal ... Winston is no exception.
It was a beautiful first day of 2016 here in the "tropics" of Southern Indiana.
at January 01, 2016