All The Snow Disappeared 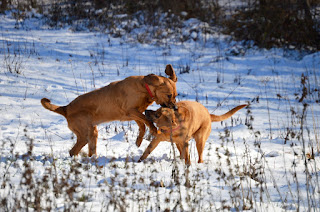 As you can probably tell from the previous post today, I’ve spent most of the day online trying to fix the problem with photos on the blog, along with editing photos on my computer, and the occasional games of fetch with Sadie inside.

I could see the bright sun shining through the windows into the house. I knew it was in the 40’s around noon when I was out last with the hounds. With my focus on getting this blog fixed plus some design work … I wasn’t paying attention to outside. When I get up to get something to eat I notice the driveway and the front yard are clean, no snow. I look in the backyard and the snow was gone in 99% of it. So I grabbed my camera and took the following shots. 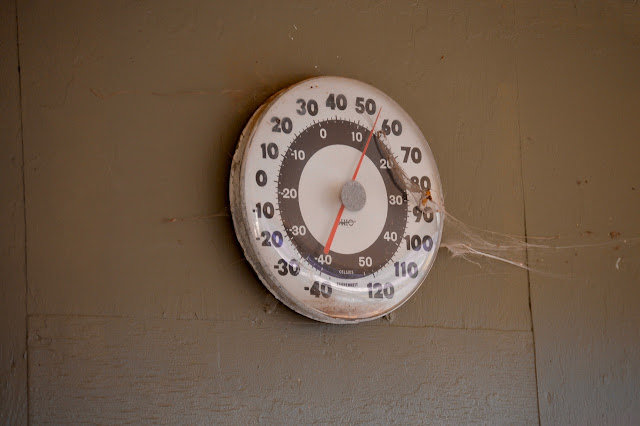 The hounds were so shocked they never left the top of the driveway. 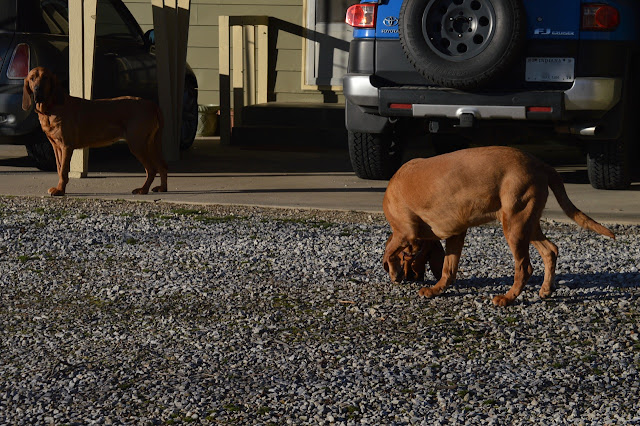 I will say there are a couple of things I don’t like about the WordPress blog. I know to most readers it’s probably nothing but it drives me nuts. That picture in front of the 1st paragraph is always a half a character lower than the top of the word. Also I cannot spell check before I post but I can when I edit the post….????

The next thing I don’t like and there isn’t a fix, it’s just the way things operate on WordPress, explained to my by one of their tech’s in the forum. I am getting ready to insert about 8-10 photos for this post. I would like for all of those photos to have to ability to enlarge when you or I click on the photo. It does work that way in the other posts but it’s not automatic in WordPress

I can either add the choice before I insert the photo, one at a time. Or, I can insert all 8-10 photos at once, then go back and edit each photo in the post with even two additional steps. In Blogger once you had the settings to put a clicked photo into a large slide show, it was done from that point forward.

I basically want all my photos to enlarge once I or you click them.


How about the yard and field?

At the 12 noon trip outside Sadie and Stella decided some of their cabin fever needed to be burnt off. 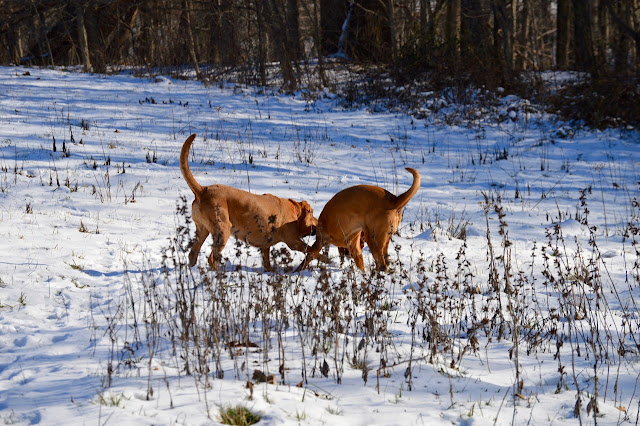 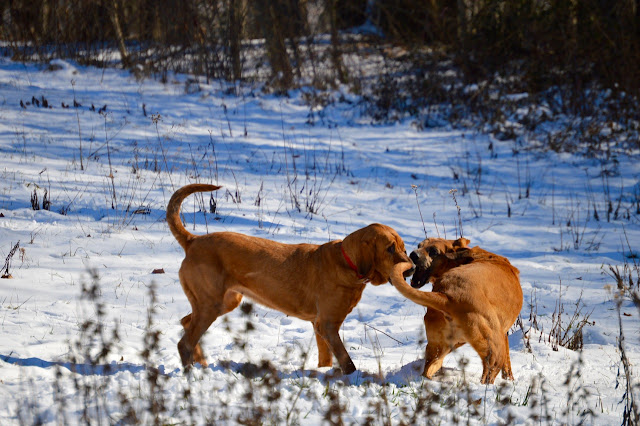 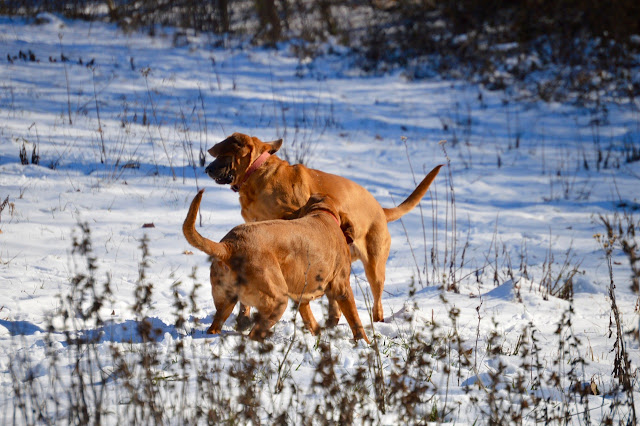 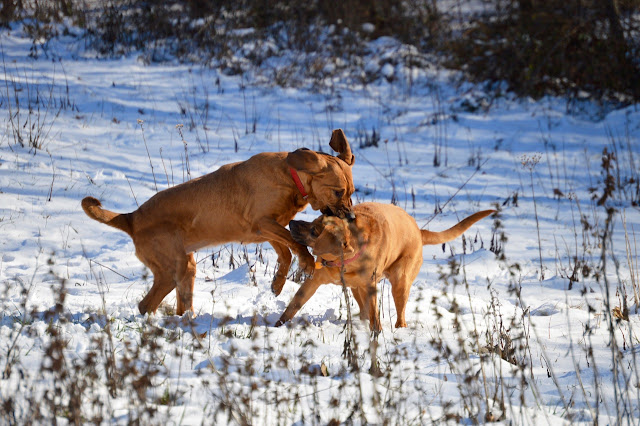 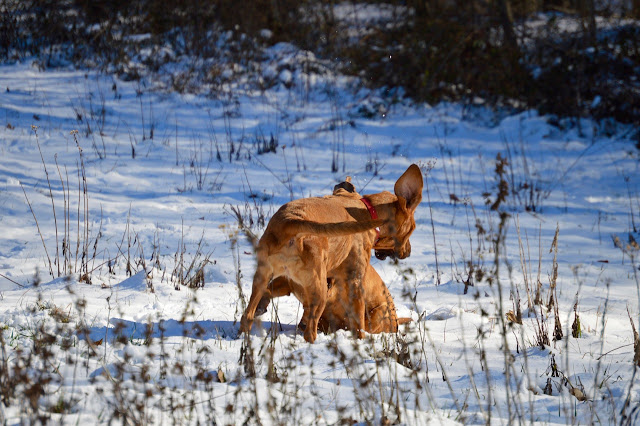 Just as fast as they start playing ... they stop! 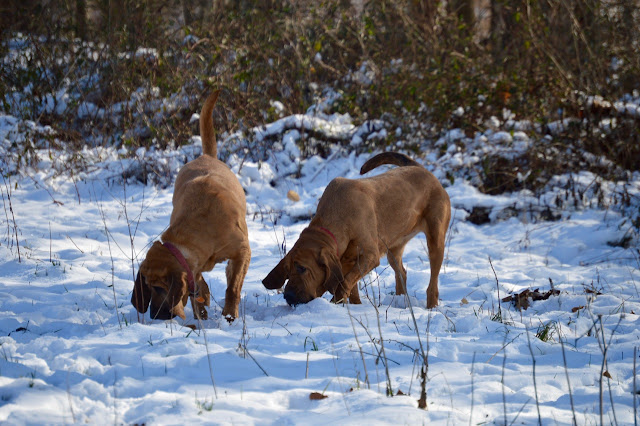 Yesterday I noticed the yard with snow on top, that sure did look like MOLE movement. In the winter with snow on the ground?? So today I was able to confirm it was a MOLE with the snow melted. The ground was pushed up, just like in the middle of the summer.


Finally “Sleeping Beauty” decided to make an appearance outside. It was quick as usual, a trip behind the Yews and back inside. I did take about 5 consecutive photos of her with her tail wagging, trying to catch her looking at the camera. This was the best photo of the 5 but her tail is in the down position and her face is barely up at the camera. 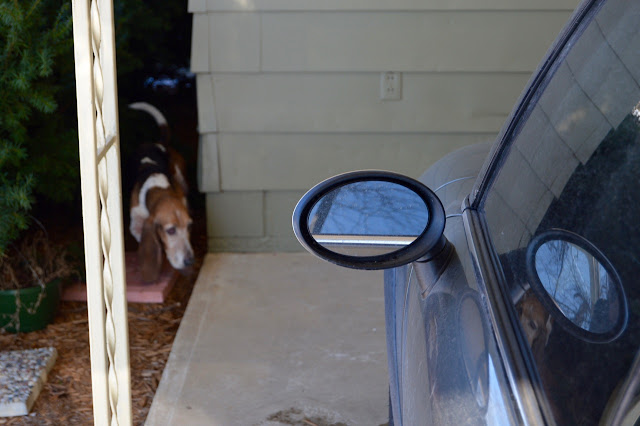 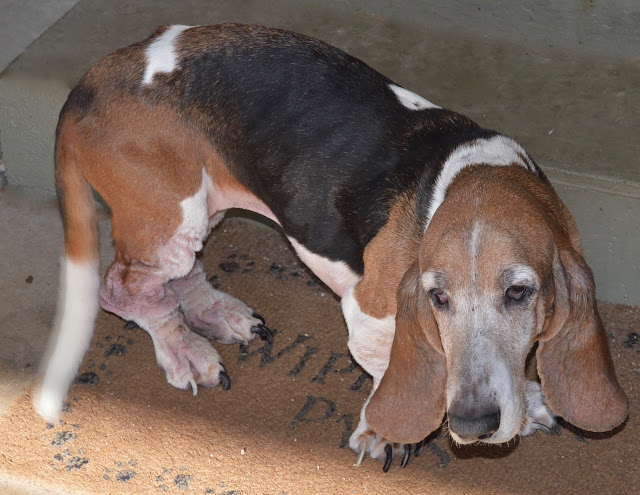 This is about all I can handle tonight. WAY TOO LONG just to work on each photo so they will enlarge after the post is published.