Henry Is Trying His Best Henry is trying his best to get Heidi to be his fellow basset hound friend. She's a tough sell but is growling and running away from him less than she was before. She is slowly coming around. I did not make it to Big Nose Kate's Saloon in Tombstone today. There is still time left as it's not even 5pm but I know I will be winding down pretty fast even for a Friday night. Getting up between 4am - 5am does that to an ex-night person. I still got my morning bike ride in this morning, 26 miles total as I headed toward Tombstone out Charleston Rd. It's been a good day but a pretty quiet day. 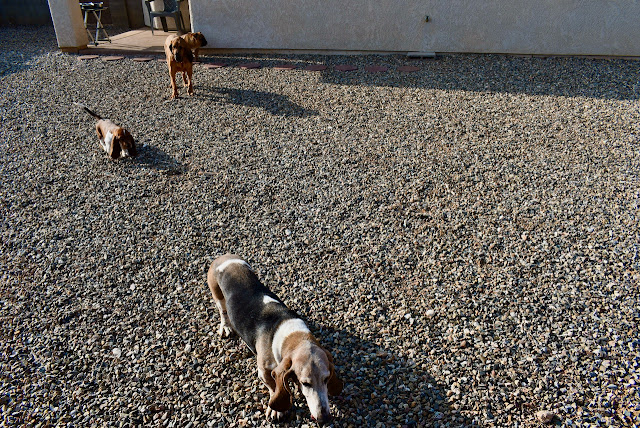 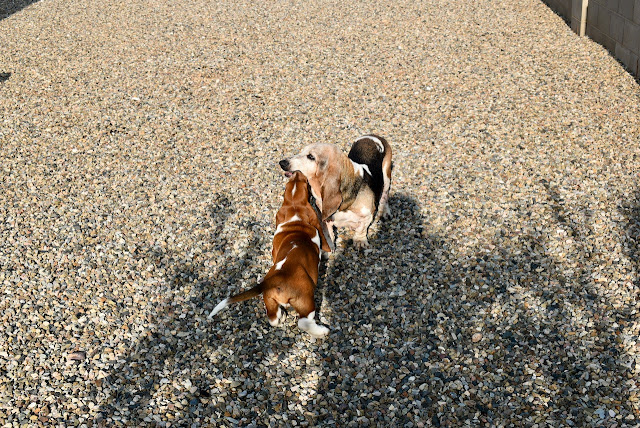 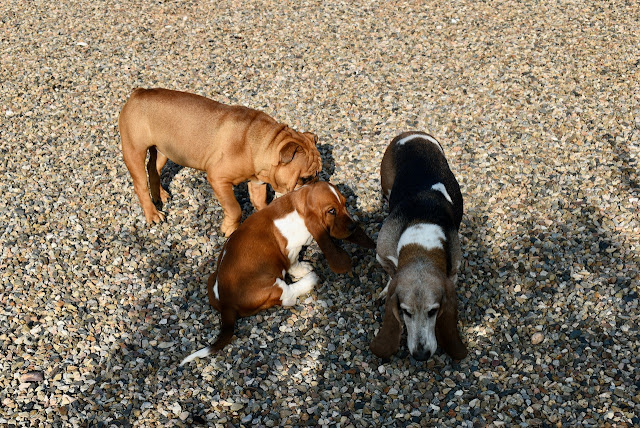 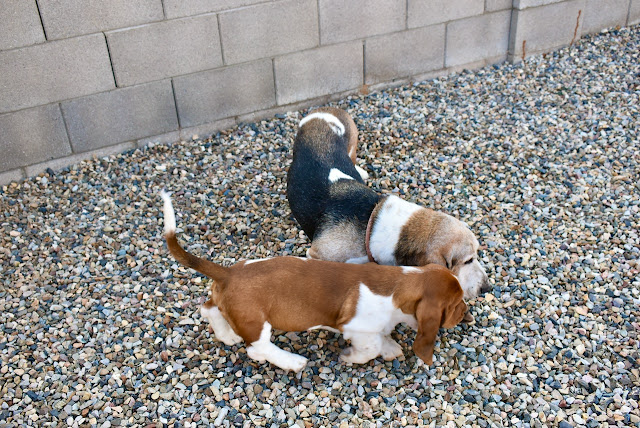 I think Walter has figured out there is another puppy in the house that might have more energy than he does. He use to control Stella when playing and now the roles are reversed, where Henry rarely leaves him alone. 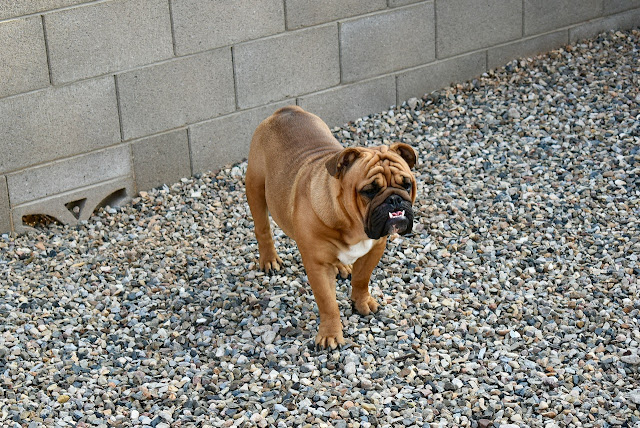 If you look close you can see that Henry has a mouthful of Walters ankle. 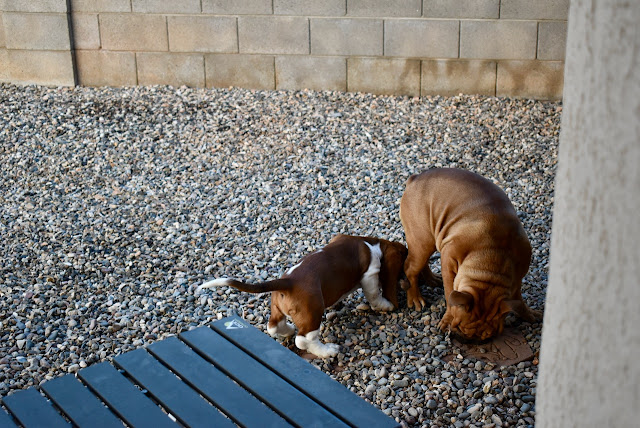 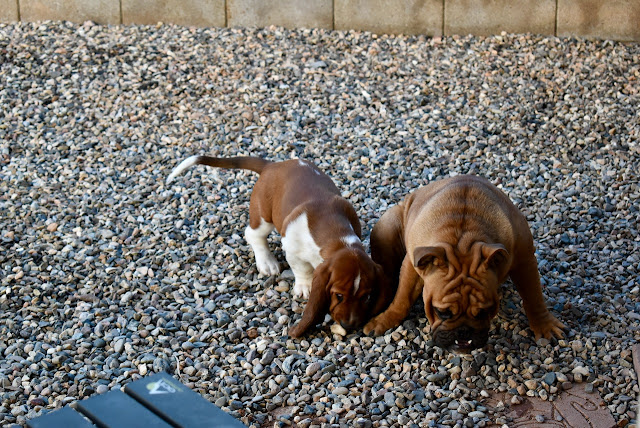 Stella can't seem to understand what all the excitement is about between the two puppies. All she is looking for is the perfect spot to lay down in the late afternoon sunshine. 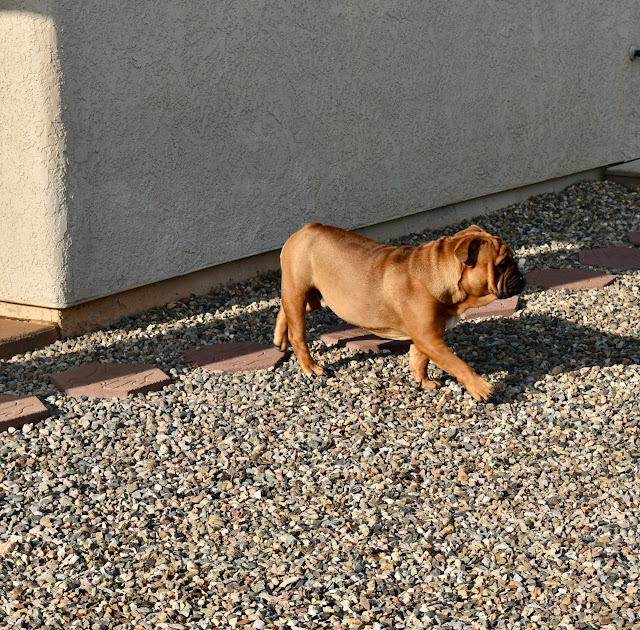 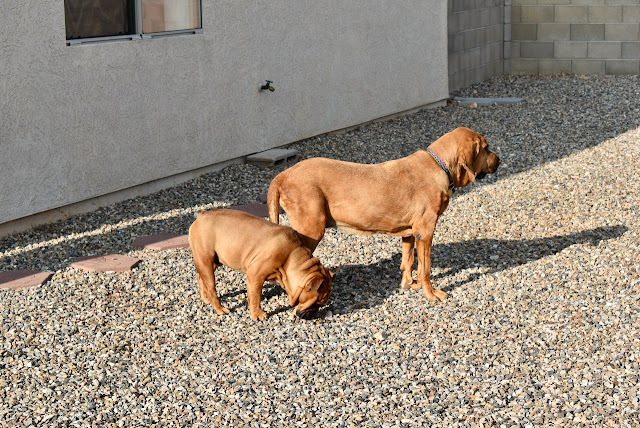 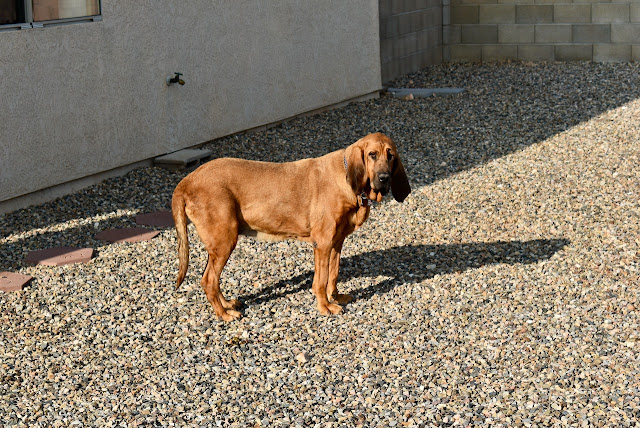 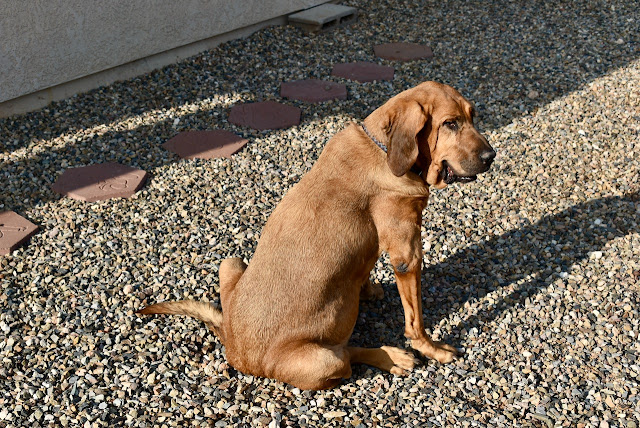 The large water bowl is shared by all, never any growling involved. It is also refilled multiple times per day as the hounds and the dog do a better job hydrating themselves than I do. You can see what I was talking about the other day with those solid wide water tracks on the floor ... left by two long dragging ears that hang on each side of Henry's head. 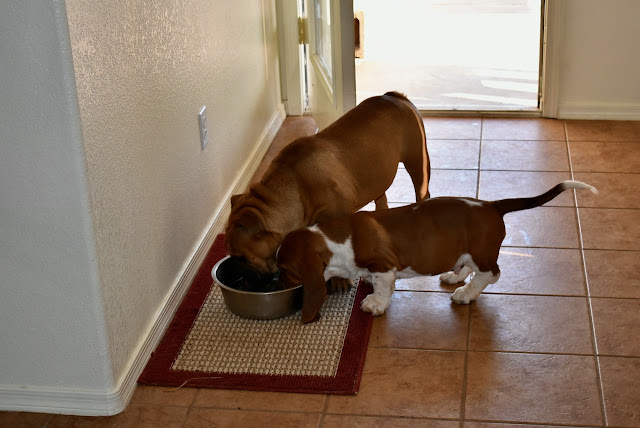 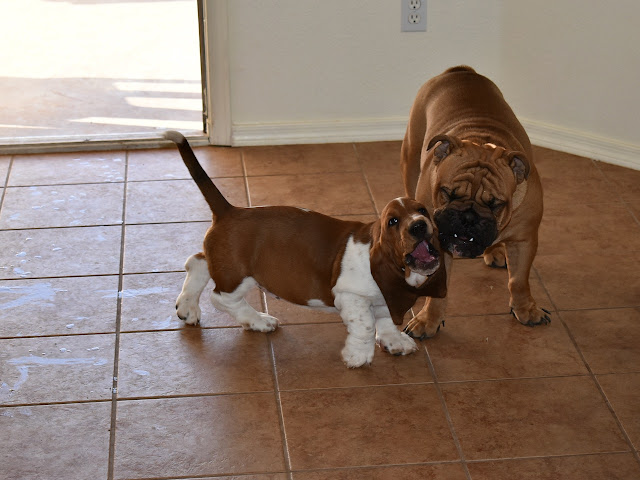 It was hazy right at sunrise but I didn't smell smoke. The haziness didn't leave the mountains most of the day yet the skies were bright and sunny and I don't think it ever got to 90° today. I also didn't have any iWatch alerts today warning me about poor air quality. 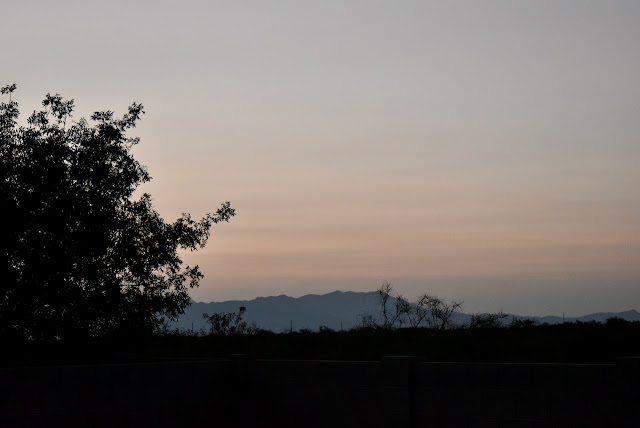 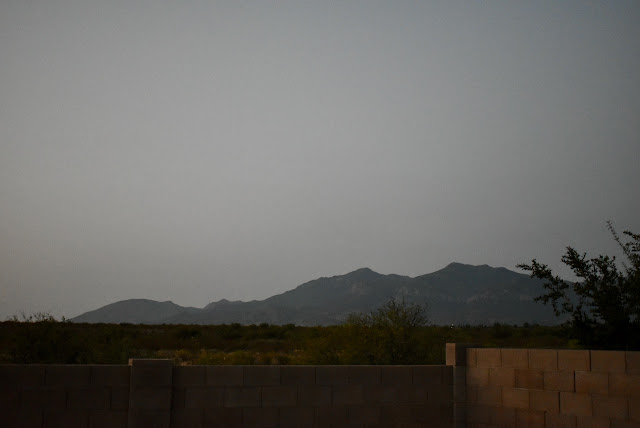 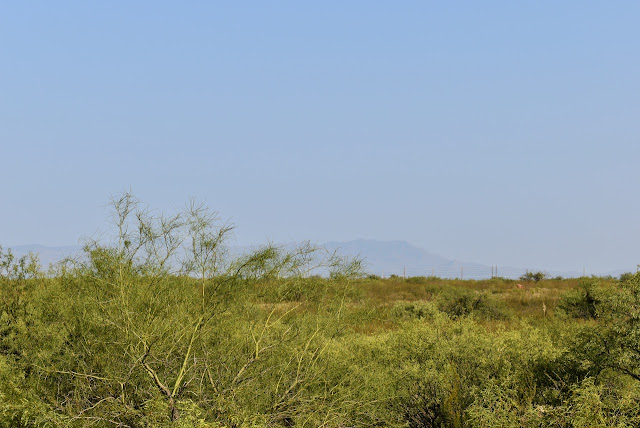 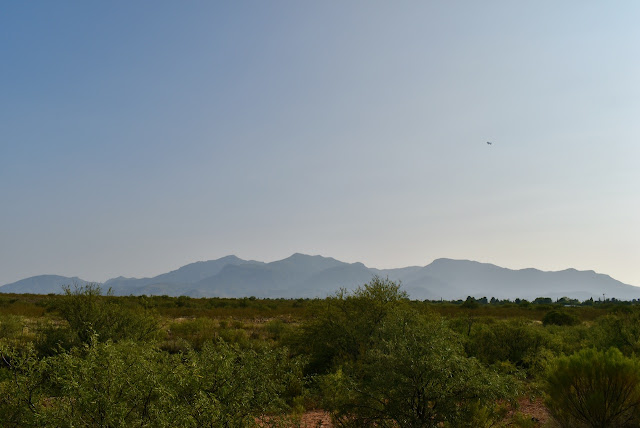 I hear, read and am warned that many from California are packing their bags heading for Arizona. Not sure they would be interested in a retirement type town so far south. I think most of those moving will head to Prescott, Phoenix and Tucson. It does make you wonder though how much the population will increase these next few years. Before I moved, I read forums about Sierra Vista and the majority said it was boring to them. I hope that word gets out and stays that way.  LOL
Friday nights use to be so wild many years ago, how things change. It was a great day here in the "Wild West" today.
at September 18, 2020
Email ThisBlogThis!Share to TwitterShare to FacebookShare to Pinterest
Labels: Arizona Hazy Skies, Basset Hound Friends, Bloodhound Confusion, Walter's Ankle