Past Photos On September 20th 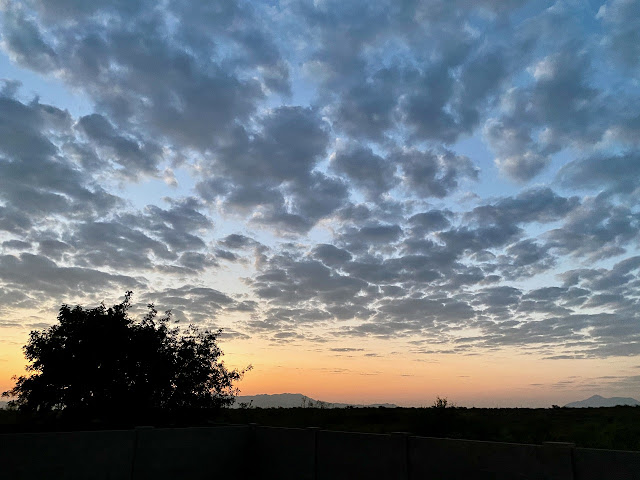 I hate Blogger. About the time you figure out a process to work with their updates on loading photos, it reverts back to some of their old bad habbits. Luckily I can go into the HTML of the post and delete all that is posted, which are usually nothing but their code for the images. IF I load a small number of images at once, Blogger will load them in the order I want. There wasn't much to blog about this weekend. Saturday and Sunday mornings were perfect. I rode my bike on Sunday morning but not Saturday. Henry is still trying to figure out Heidi. 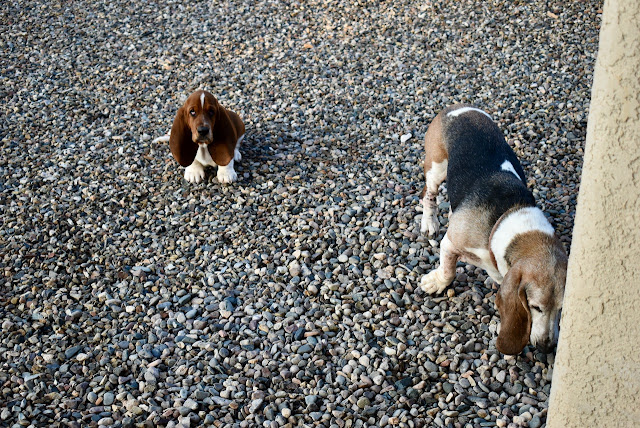 With Henry playing with Walter almost as soon as they come inside after their breakfast, Walter has found he needs to rest and cool off by 6:30am. It was nothing like this when he was on the offensive with Stella. He has found a puppy that can keep up with his energy level and more. 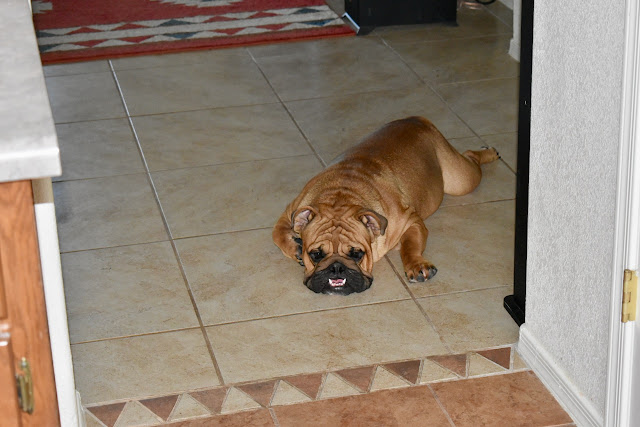 It has been discussed many times before ... but these next few photos show why I don't like leaving Stella outside when I am gone. She even had access to go inside and sleep where she normally does. I just think she likes to dig up the rock after she sees that I swept the patio and raked the rock back in place. 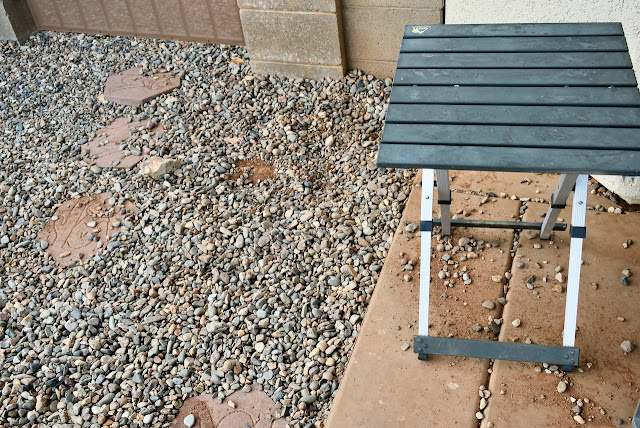 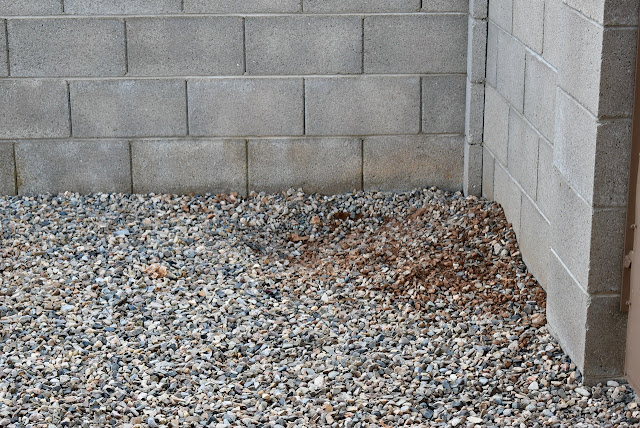 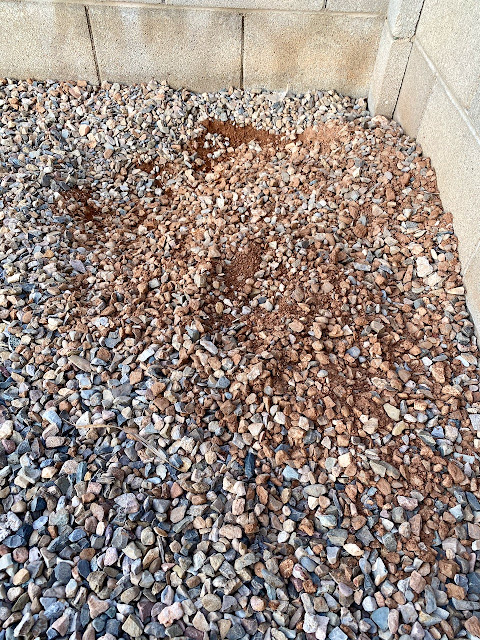 Lunch was served around 3pm today, a little later than normal for the hounds and the dog. They were sleeping through lunch time and I didn't want to wake them up. Once Stella figured out it was time to eat, the other three fell in line behind her as we headed toward the kitchen. Even Henry had figured out what 'eat' means. 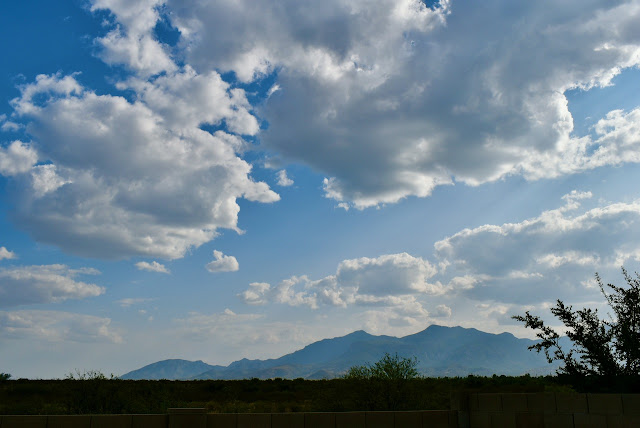 No rain in the forecast for as far as we can see ... but a little overcast this afternoon. 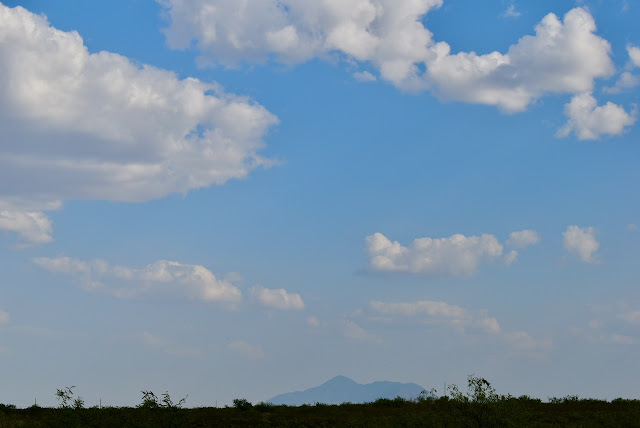 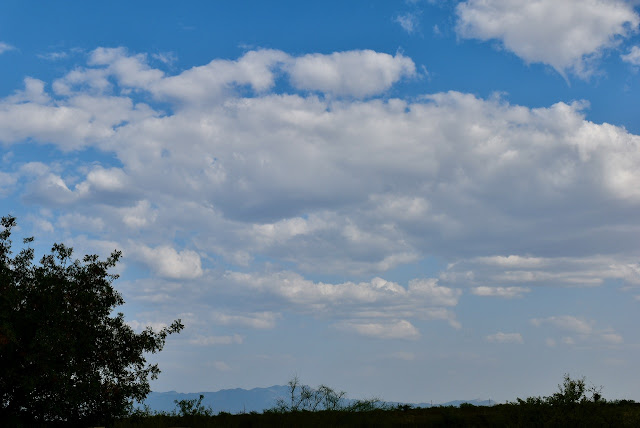 With the others in the computer room sleeping after their meal ... I went to see if Henry was chewing on anything that was mine ... only to find him outside sleeping on the patio. He wasn't happy that I woke him up. 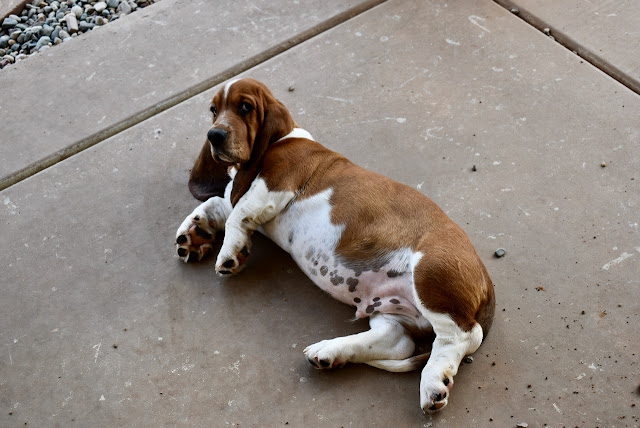 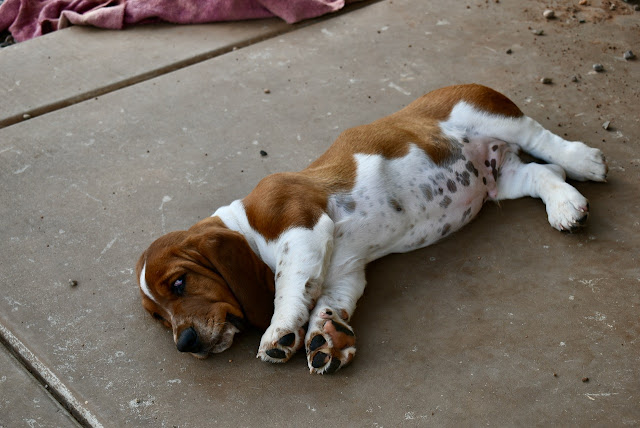 By the time I was ready to do a blog post today, not many photos downloaded from the Nikon nor the iPhone this weekend. We have been spending a lot of time outside enjoying the cooler weather and the breeze from the south with no camera nearby. I've been enjoying my costly decision to cancel both contracts. I love the view in the back and the wind always seems to come fromt the SE or S.
I did what I normally do when I don't have enough photos for you to enjoy. I go into my iMac Photos library and type in the month and date to see what kind of photos come up from the many thousands stored there. These following photos go back to 2013. Of course the couple that you see a walker, it is from last year as I was in week two of hip replacement rehab on this date. 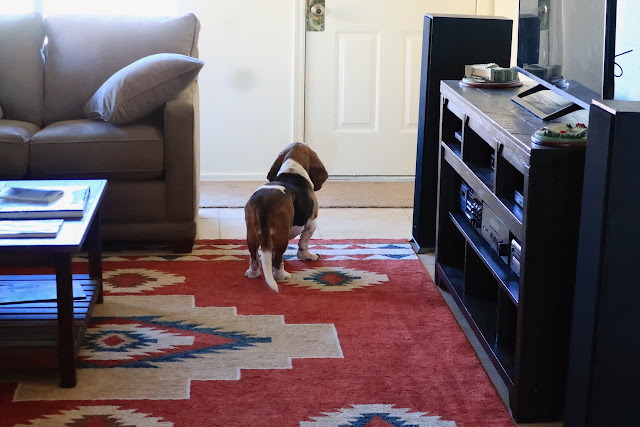 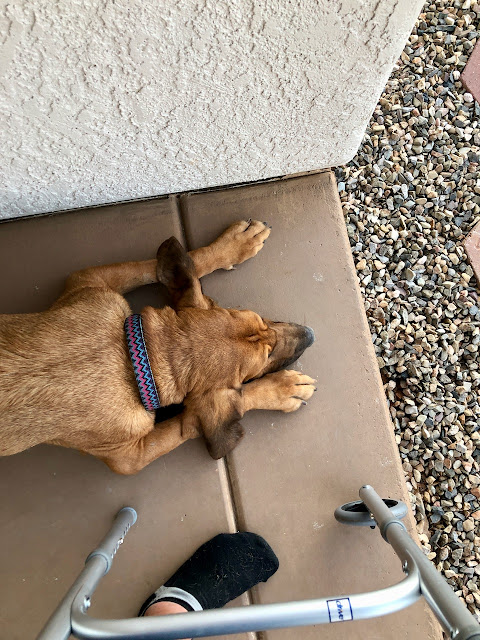 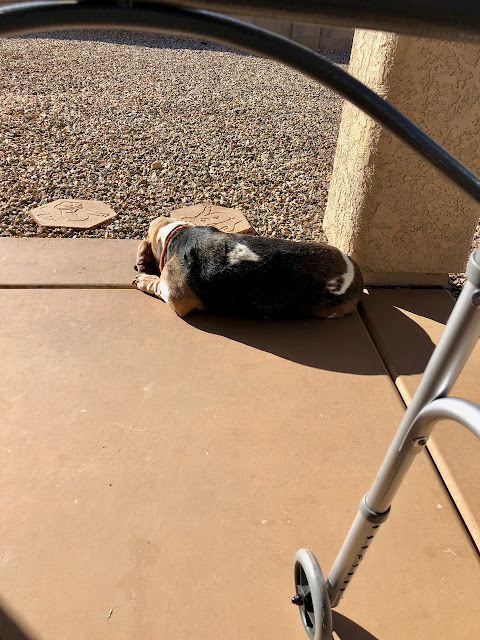 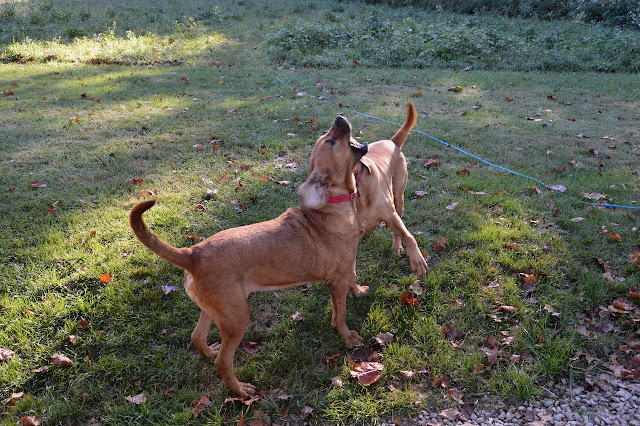 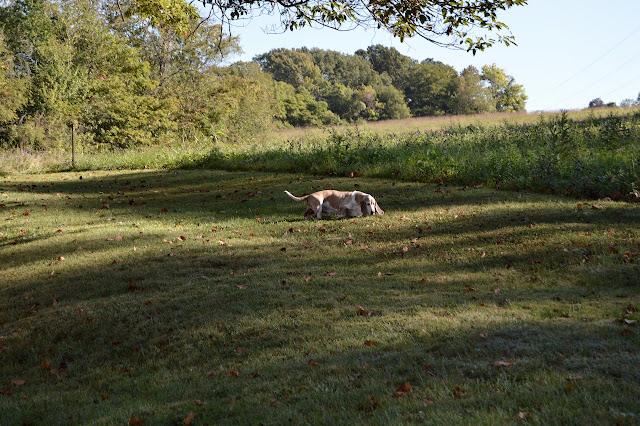 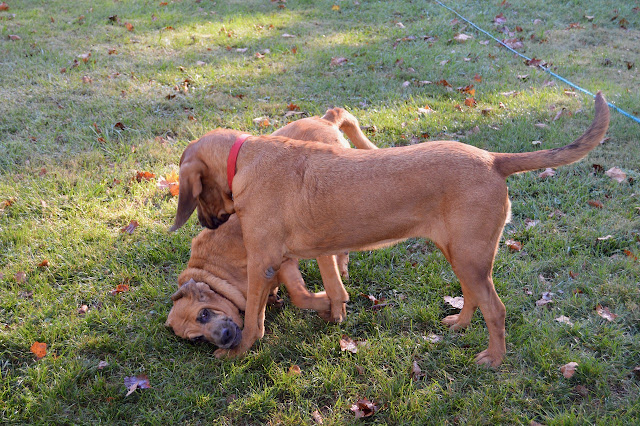 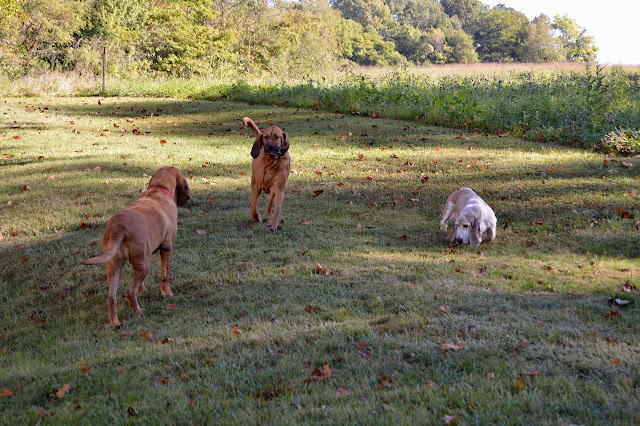 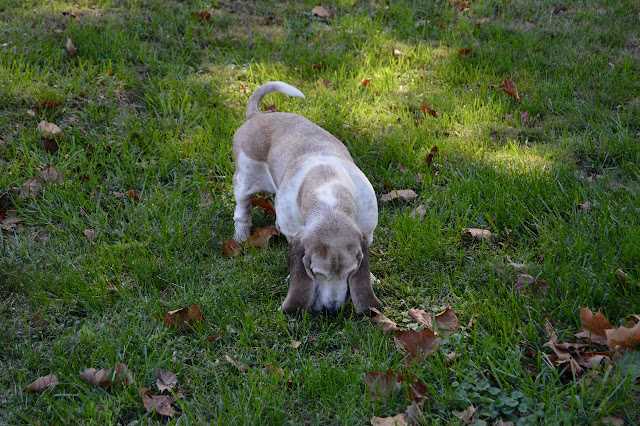 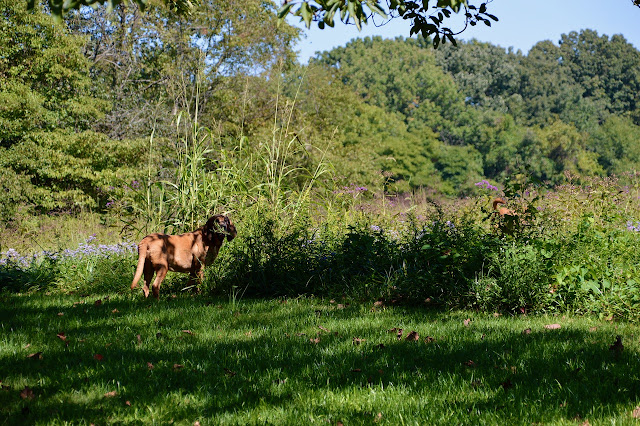 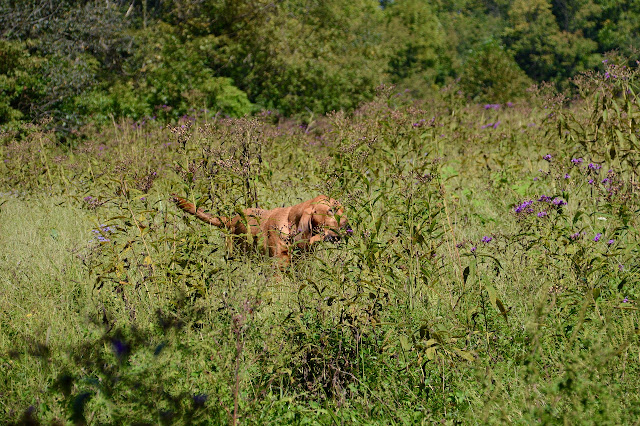 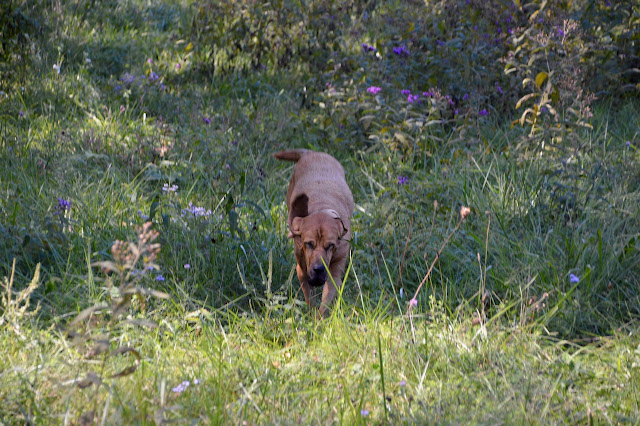 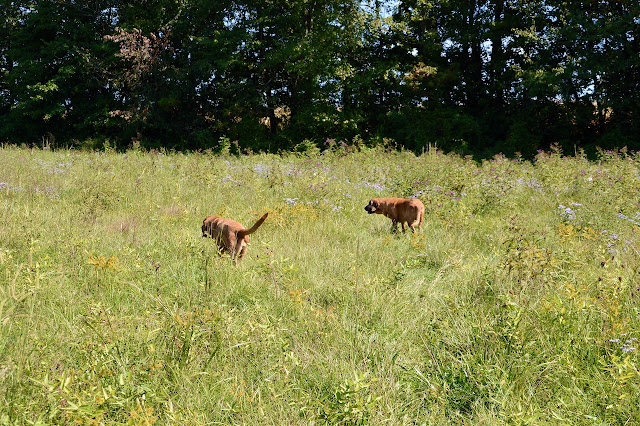 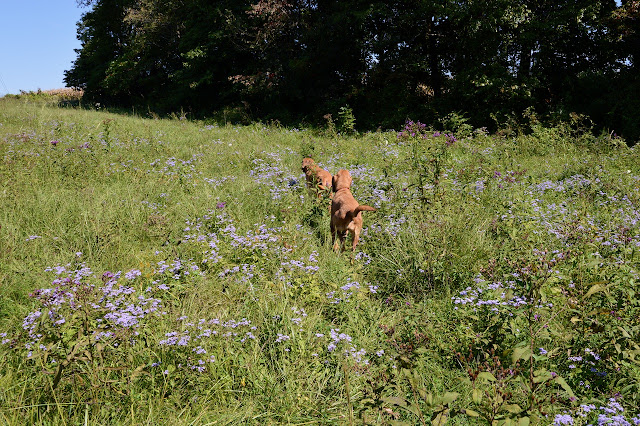 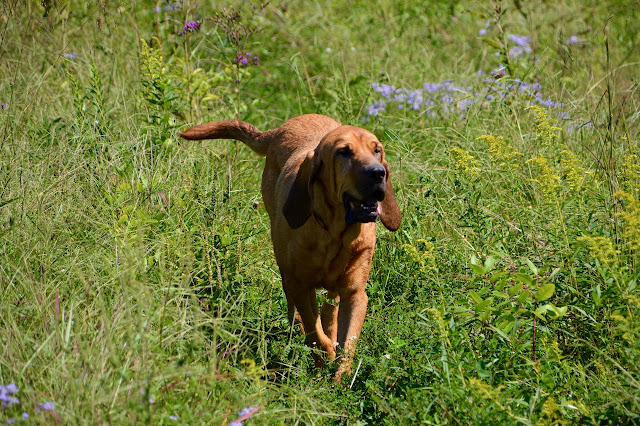 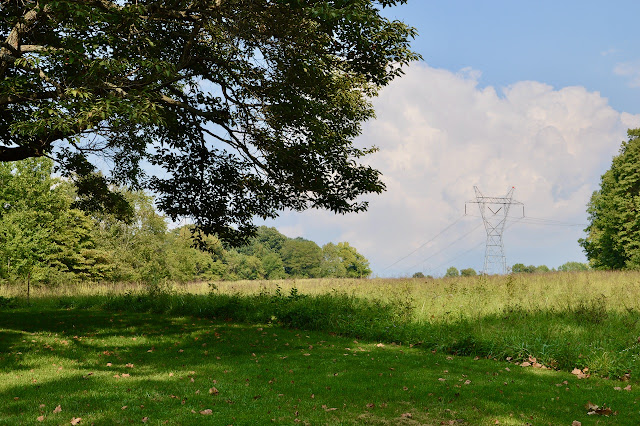 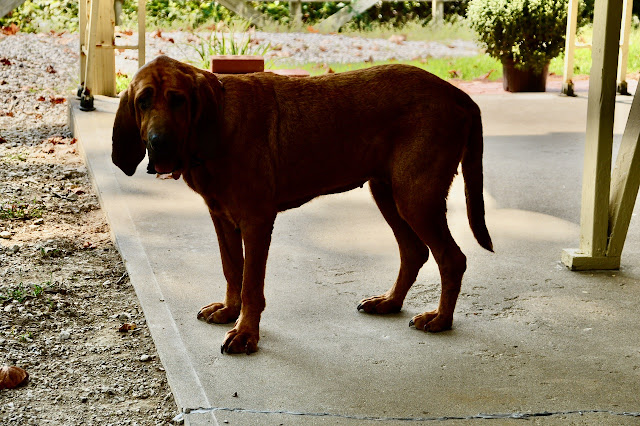 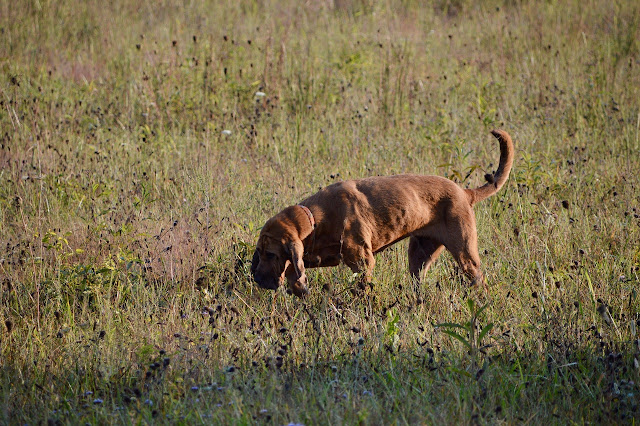 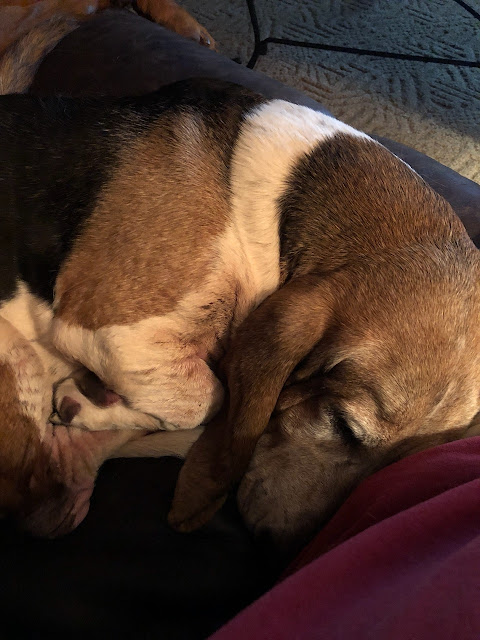 I would say from those photos our backyard terrain has changed quite a bit from past years. That field looks nice but I don't miss the ticks I use to have to pull of me and the hounds when we finished walking. Nor the humidity. It was never the same after Sadie passed and I remember by the time we moved even Stella had lost interest in her walks through the field.
Hard to believe what I heard last night but it deals with my neighborhood, barking dogs and kids just getting into minor trouble. The family down the street is moving back to Tucson this week. They will take their four small yapping dogs that yap at anything that moves, especially people walking in front of their house. Neighbors can feel safe again about what they leave out on their porch, in their driveway or just on their property ... as the kids are moving too. Nice boys just bored and look for things to steal.
Then my next door neighbor told me last night they have been making extra effort to keep the doberman from standing looking over our fence plus barking at all hours of the day an night. A locked doggie door prevents a lot of that from happening. So things I complained here a few weeks ago are getting better around here.
I have taken some local drives this weekend but nothing blog worthy. It was still a fine weekend here in the "Wild West".
at September 20, 2020