The Blog Has Changed 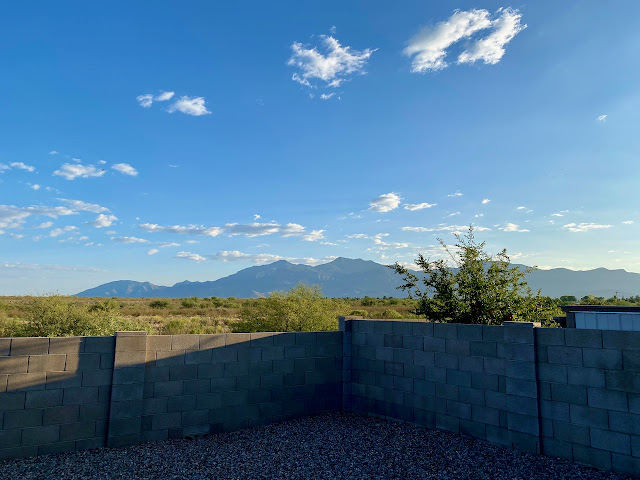 Spending the past few days uploading a lot of missing photos, not only can you see what you are uploading but at times what you wrote about. I can see changes in the format over time and I can tell the days I blogged when I didn't feel like it. It will be nine years next month that I started this blog with a few deletions along the way. There were very few pictures if any at that start. No hounds were discussed and I was starting my research into different RVs with plans of hitting the road. I didn't blog often back then either. I had the urge to write though and I always liked photography, so blogging could be a good thing. 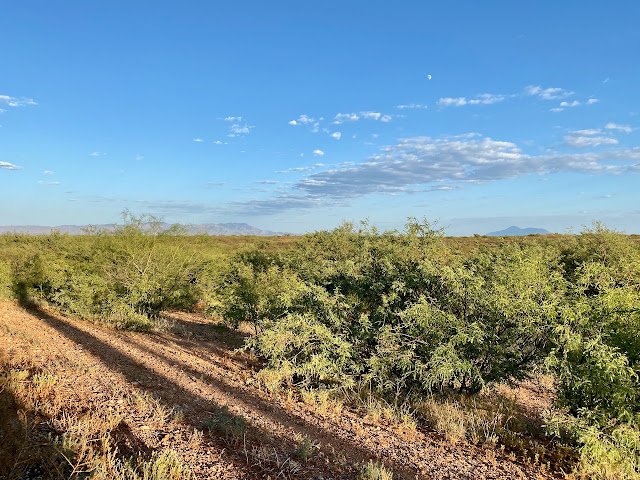 I leaned over my back fence, no I really stood at my back fence holding the camera out in front to take this photo of the Mule Mountains in the direction of Bisbee. We are currently in fall with the monsoons about to wrap up for this year yet they say the temperatures are about 10° warmer than normal. That gives us clear fall skies with summer temperatures.
I think it was around 2015 after we got back from our tent camping trip to Colorado and Utah for just a few days. At that time Sadie, Winston and Heidi made that trip. We had done some test drives before but I could tell driving west on I-70 that traveling full time with three hounds that had noses that would lead them astray was not going to happen. Maybe with three dogs that were smaller and more willing to stay around the camp but not hounds. After our return home, the blog slowly changed direction into a blog about the hounds living in 'the tropics' of southern Indiana. 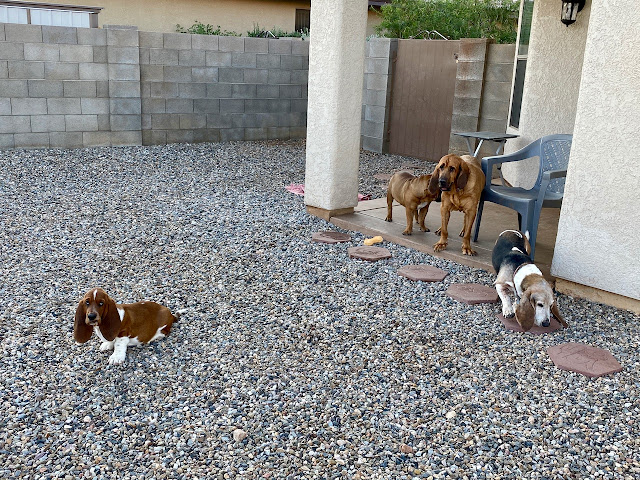 A few people said it was okay if I said nothing at all, they just wanted to see the hounds every day. It didn't matter if they were doing the same things, which was a lot of nothing. It didn't matter if they walked the same path in the field, they just wanted to see the dogs. So I experimented with just an introduction paragraph and the rest pictures like I had tried on Wordpress at the same time. Then I began to hear that people missed hearing my weird thoughts and rambling, they wanted me to write more like I use to. It must be fun to read about some borderline insane.
We even tried blogging with each hound having their own blog. But that was pure insanity as there were not enough hours in the day for four blogs counting my own. What seemed to be boring to me in rural country Indiana seemed interesting to those that lived in cities or in other countries. I kept blogging but was sure to keep adding photos of the hounds. 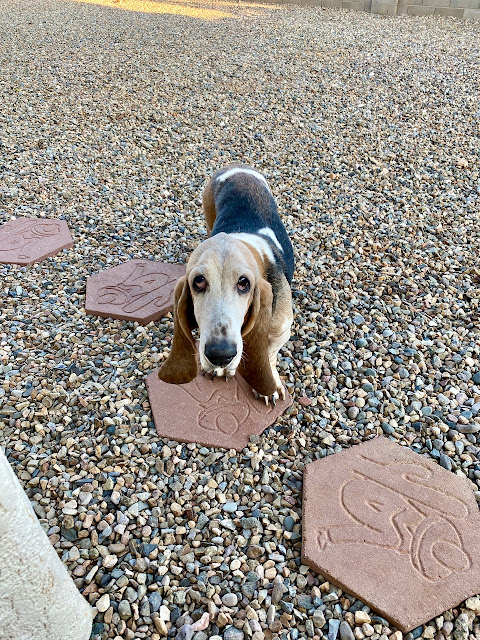 It was a few years later I started hearing requests to be more 'transparent', some even accused me of hiding something, not laying it out for all to see. I call that privacy and that was and is my biggest conflict with blogging at all. Blog traffic always explodes in numbers when there is a crisis, a death, or discussions about politics. Yet that wasn't what the blog was about. I wasn't advertising so traffic meant little except for the ego at times. So for those that wanted 'transparency' I played that for a short time. 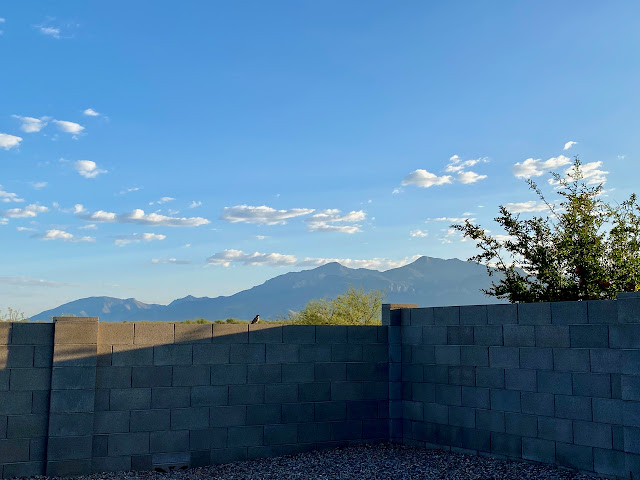 I let 'er rip as they say. Some liked it, a lot didn't. I hid nothing and had no controls of the language I used. That offended some and they never came back. Politics will always split a group and it did when I started writing my opinions about a subject I have always hated. But remember, some wanted me to be more open and transparent. I compared that to me standing down by the highway with my life printed out on paper, handing a book to every car that passed. Complete strangers. I hated that idea ... so the blog turned back to photos of the hounds and content only describing what they were doing. There are a lot of fine lines when it comes to blogging. 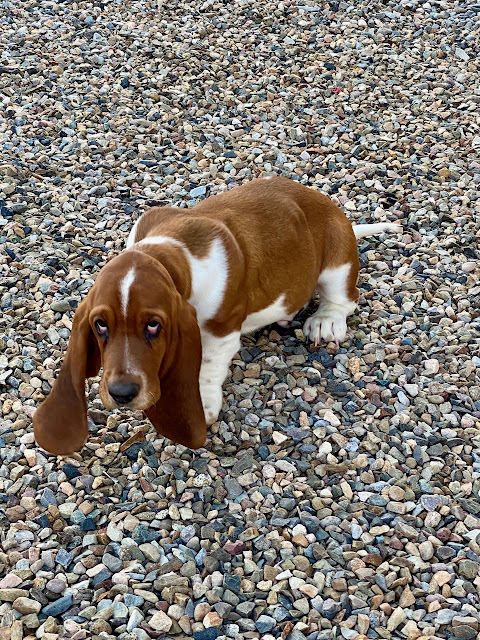 I saw some bloggers move their whole operation to Instagram, YouTube and some just disappeared. I tried that a couple or three times. Disappearing that is. Youtube and Instagram were not going to be an option for me. Never considered and never will be. If I didn't have to keep an eye on someone in a business deal, I would have deleted my Facebook account a long time ago.
So the blog went back to boring topics ... the daily lives of the hounds and now a dog. As if it mattered, blog traffic dropped off the face of the earth when I stopped being loud, critical, opinionated and controlled what I would write about me. 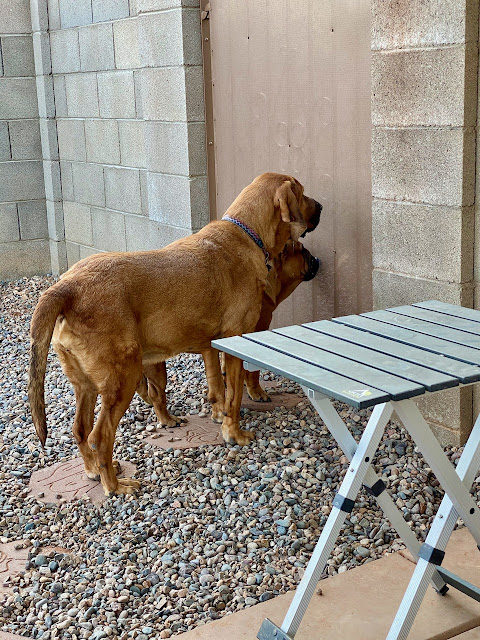 I thought for a while after moving here, it might become more of a travel blog just around the local area. I did a few posts about places I hiked but soon realized there are many times I don't even want to bring a camera with me, like today on my stroll along the San Pedro River. It's another fine line hiking with a camera because how much enjoyment could be lost or is lost while spending time trying to get that good photo for the blog. I find myself wanting just to stand there and take in the scenery and not have to balance a trekking pole with a camera in my hands. Just me. 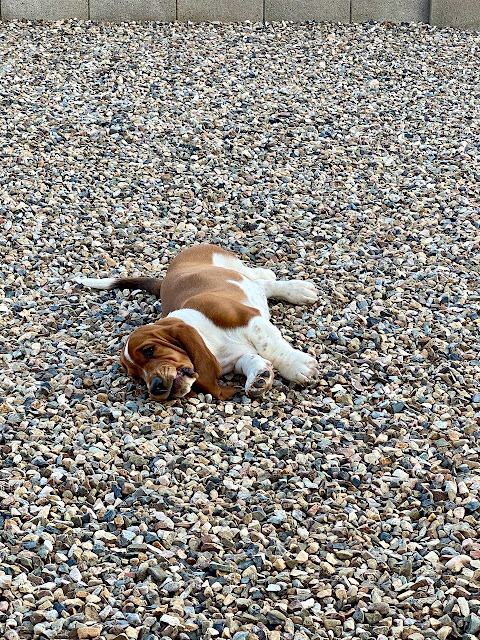 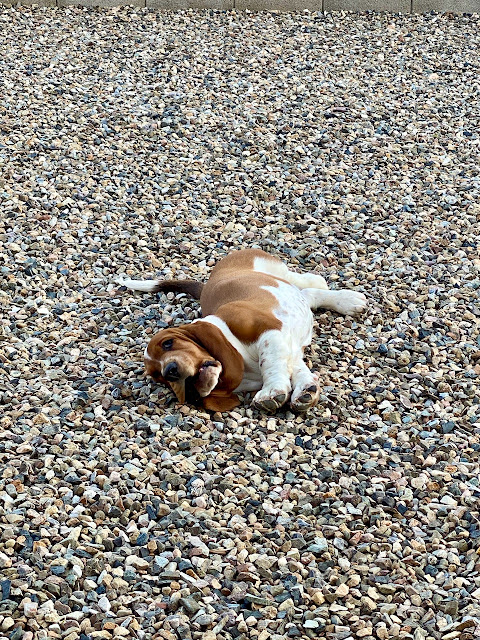 So I guess the blog will continue floating lost at sea, bobbing here and there with no real destination in the plans. I'll ramble sometimes or I'll put a paragraph at the top and 20 some photos after it, calling it a day. As far as taking the hounds and a dog out on trips locally, probably not going to happen. The number of them is not the issue but they just don't ride that well and rarely sit looking at the window with excitement. All except Walter, who definitely does not like riding in a car or truck, they fall asleep within minutes on the road.
As far as hiking with them. Not going to happen. These are not working dogs or herding dogs that stay in the area. They are hounds, except Walter, that have noses that drive them and determine where and when they go. Plus I have a hard enough time hiking along the path with an eye open for snakes let alone trying to control a group of hounds and the dog all going in a different direction. I know for a fact that Heidi would prefer to sleep at home on her bed rather than being curled up on the passenger seat.
I guess you can admit this blog will have variety as it has had in the past. That's it for today and again it was beautiful here in the "Wild West". The nights on the patio are even better with that moon lighting up the sky.
at September 26, 2020
Email ThisBlogThis!Share to TwitterShare to FacebookShare to Pinterest
Labels: Basset Hound Puppy, Blog Thoughts, Bulldog The Watch Dog, Huachuca Mountains