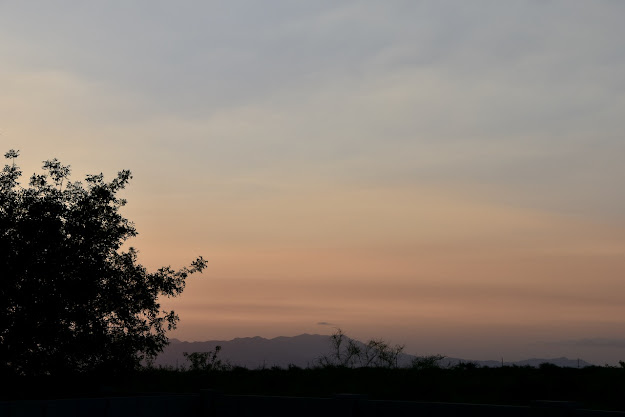 A little after 6am you could still see the residue from the smoky skies in the west. That would only get worse by 4pm as later photos show. That did not keep Walter and Henry from starting their day with their normal energy. They eat early, rest a little and then get right to it in the playing department. 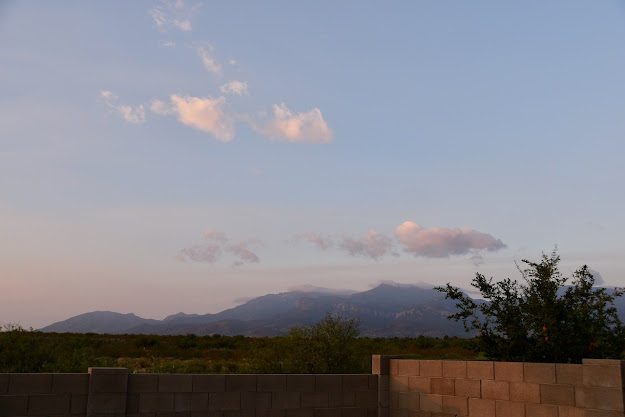 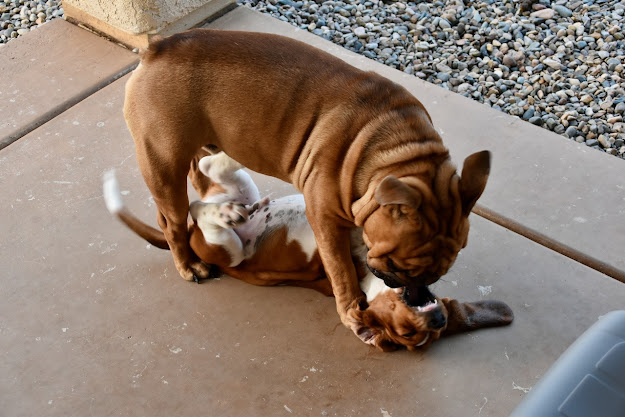 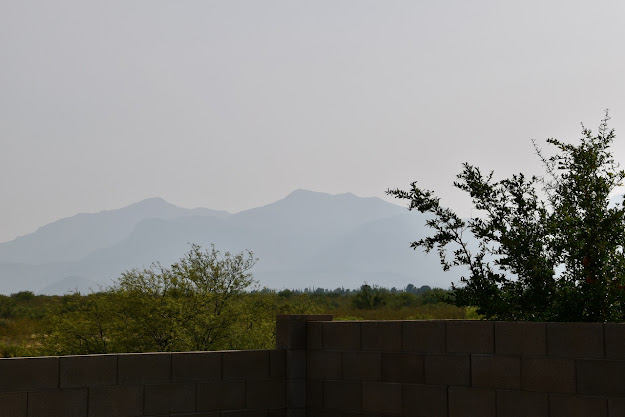 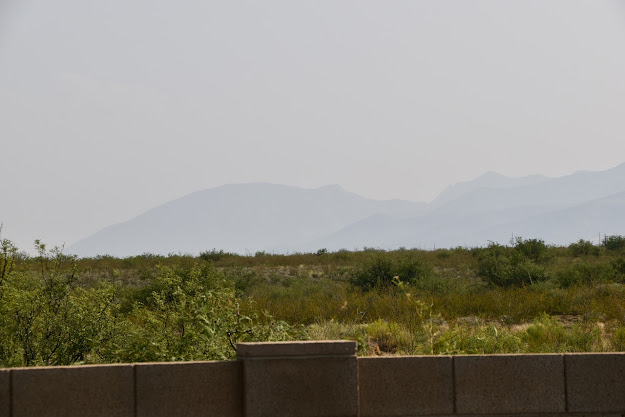 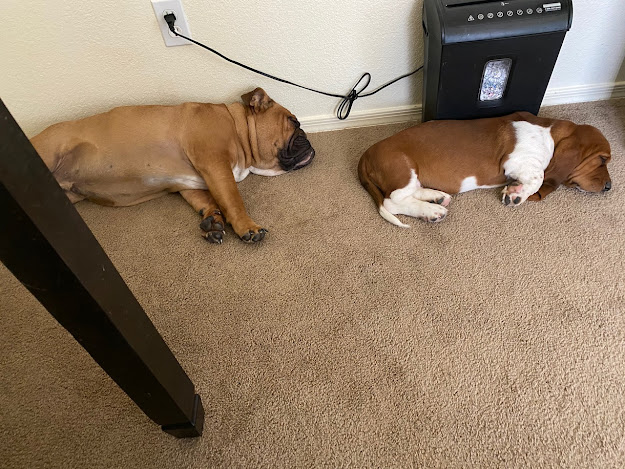 Blogger is back to listing the photos in reverse order. With our high temperatures moving down into the 80's, the hounds and the dog are spending more time outside in the backyard. Sometimes in the shade. Stella and I did our walk for the second day in a row. She shows no signs of having hip pain or issues. In fact she was standing looking over the fence at me and the HVAC guys this morning. 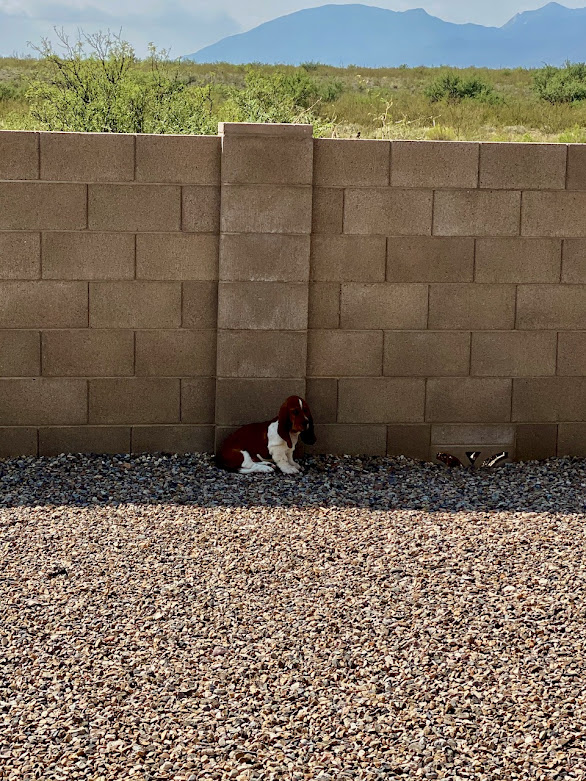 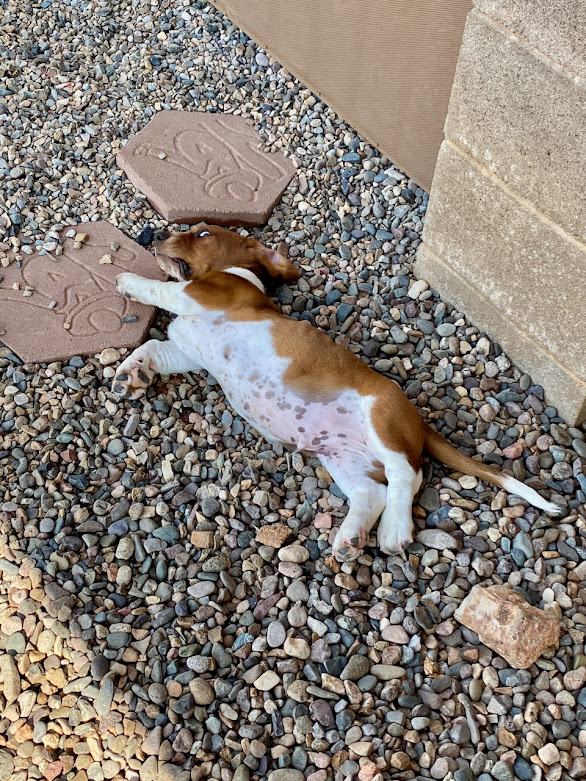 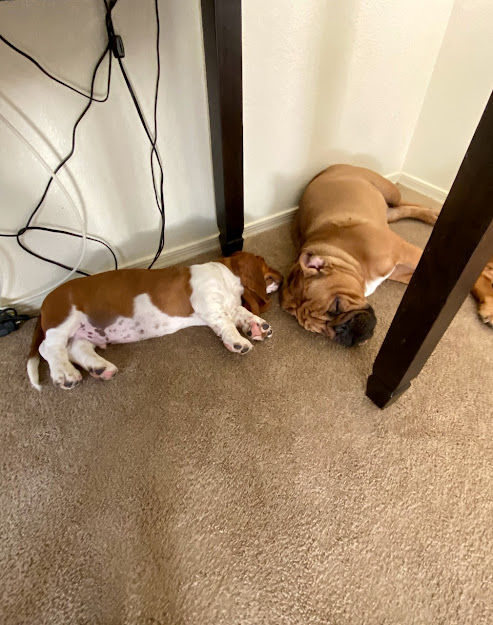 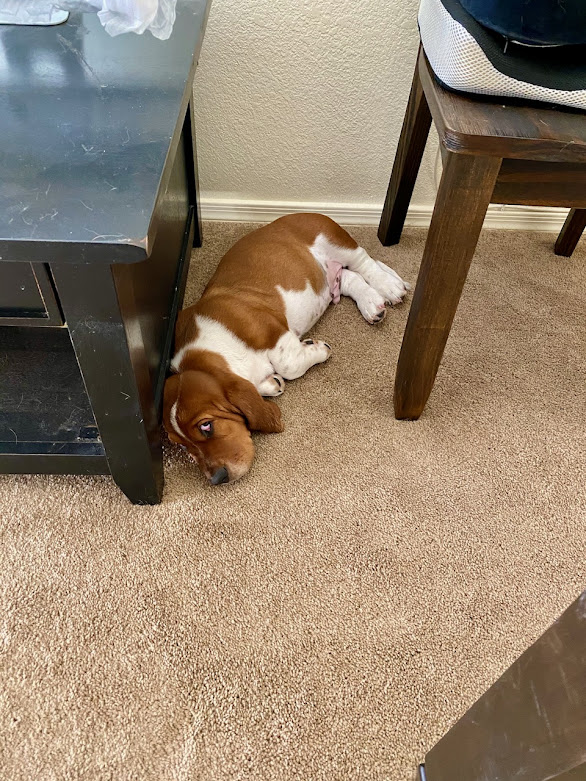 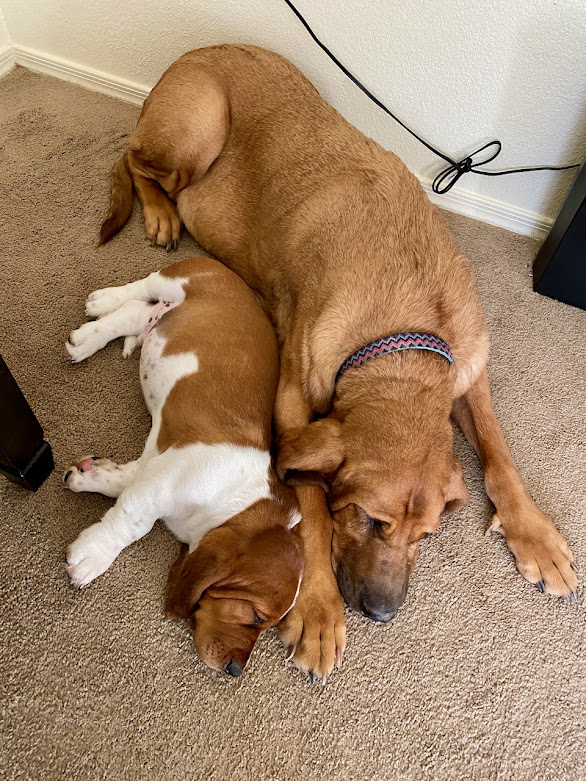 Today Stella seemed to be Henry's chosen hound to be with. This is something new as Stella usually wakes up and moves him with a while or bark. 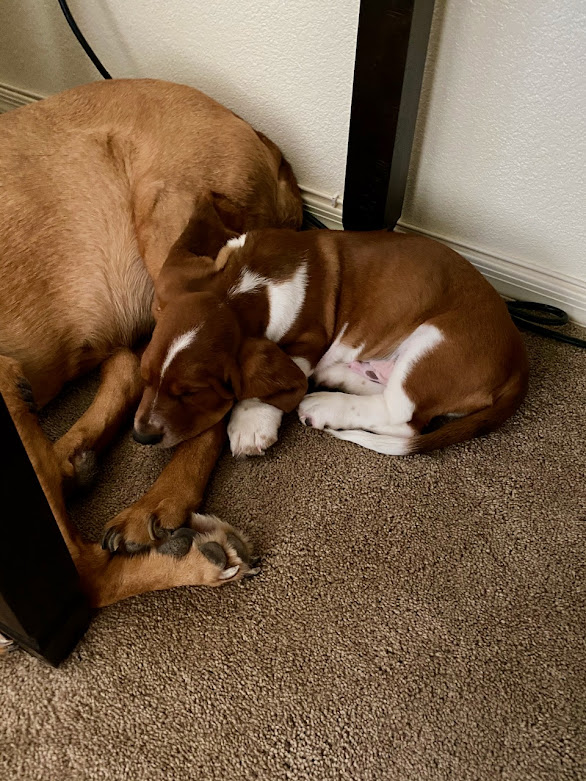 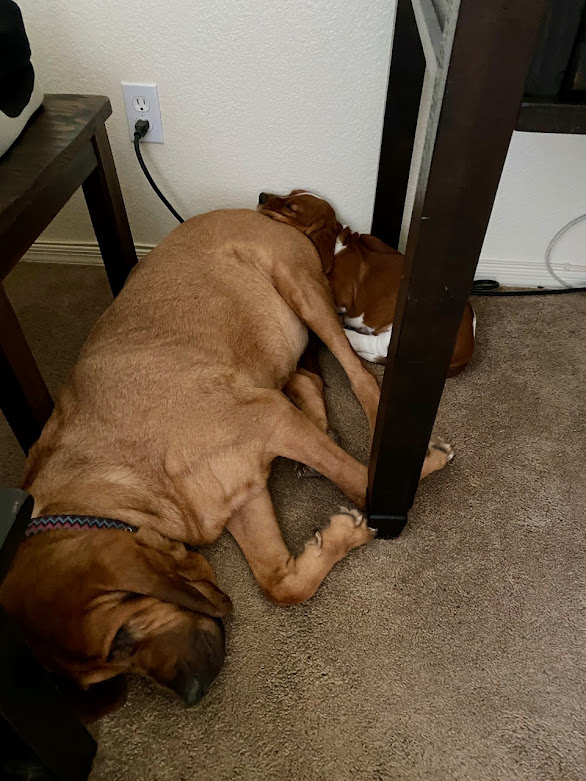 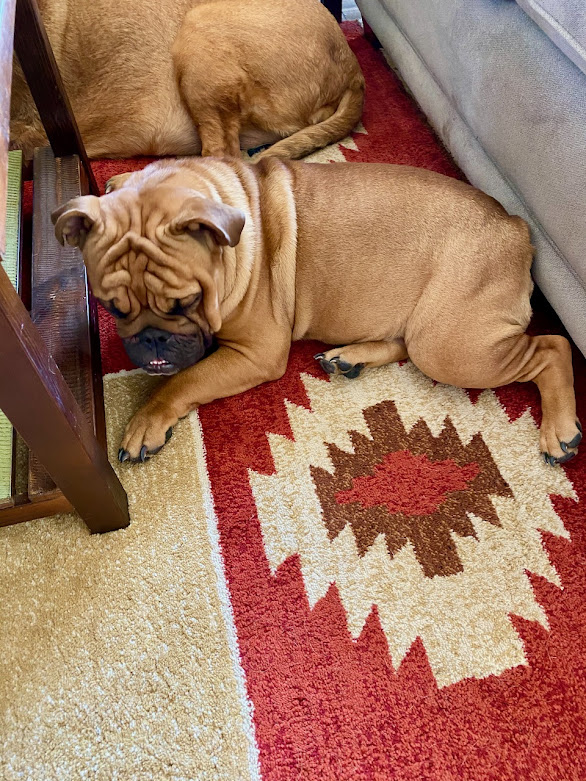 With the cool breeze, yesterday afternoon they camped out in the living room sleeping the day away. 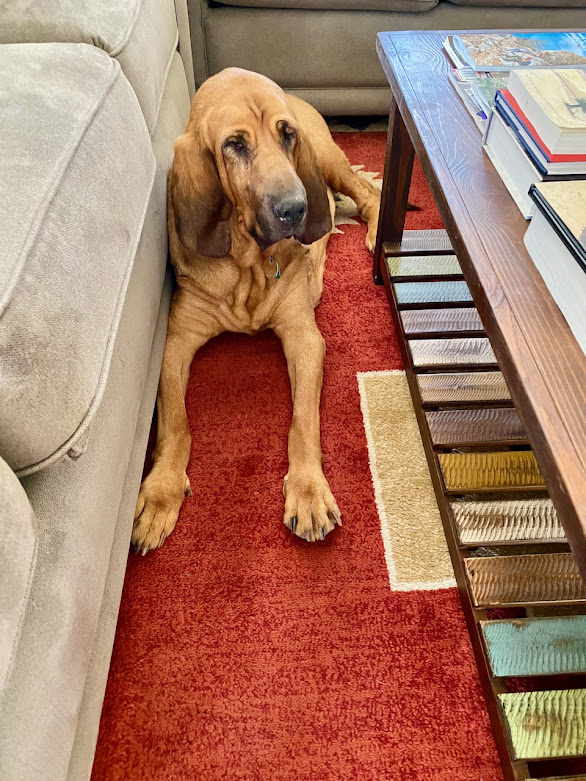 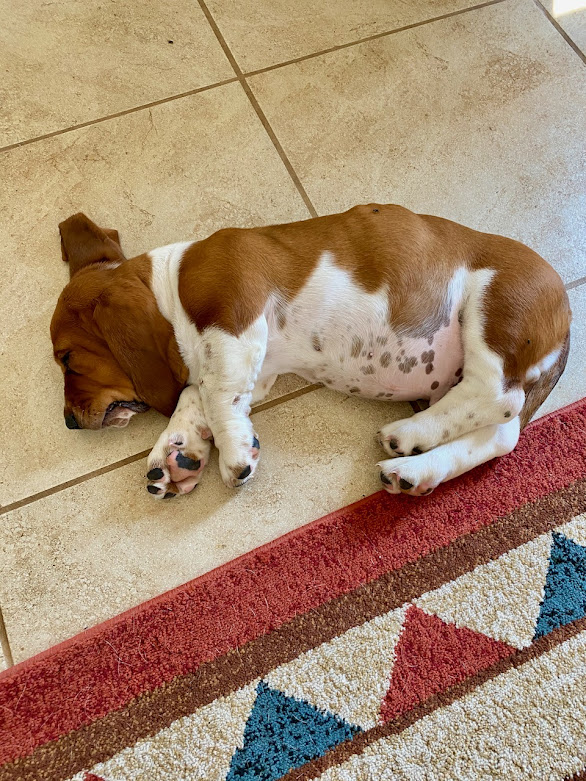 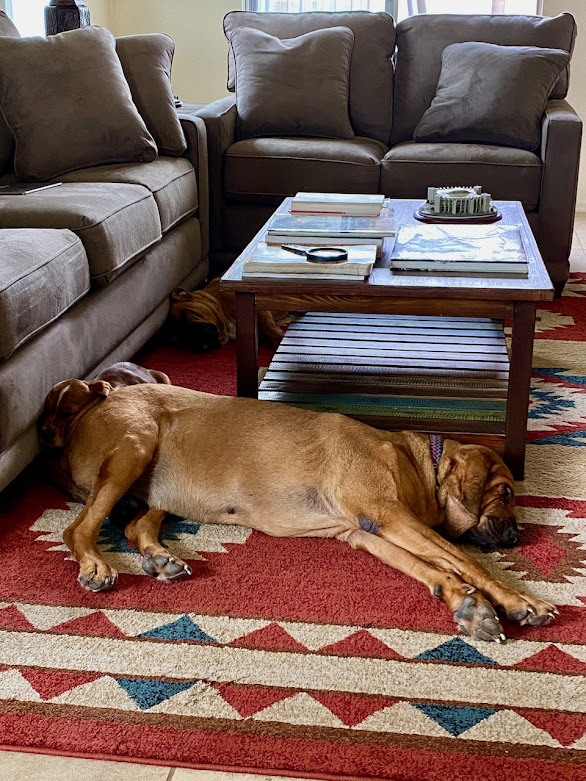 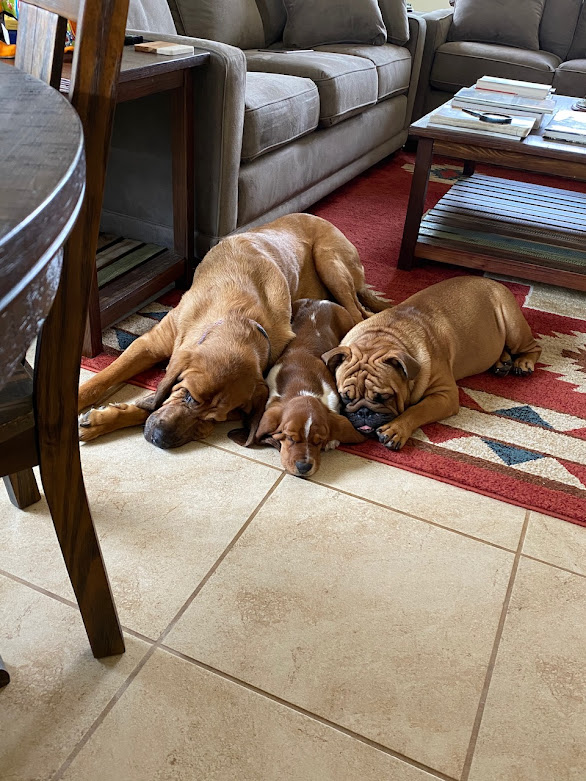 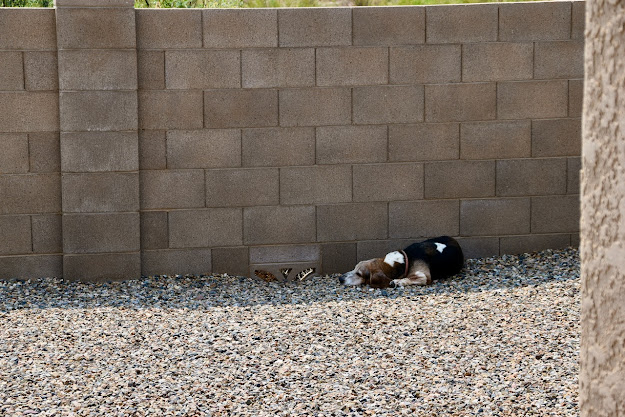 Heidi is also spending more time outside since the temps are out of the 90's but she is still smart enough to choose the shade. 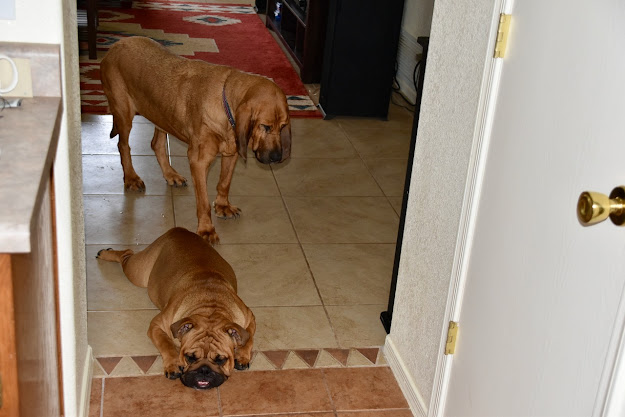 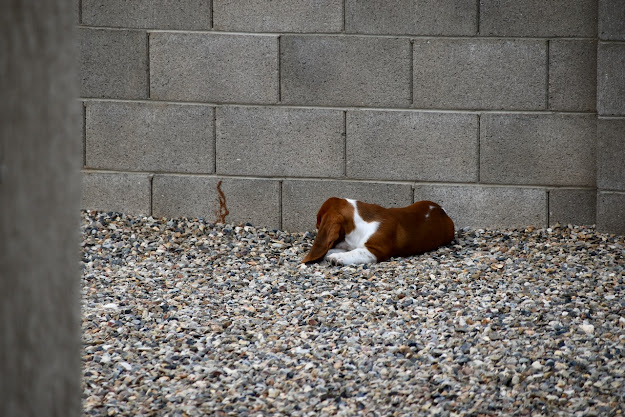 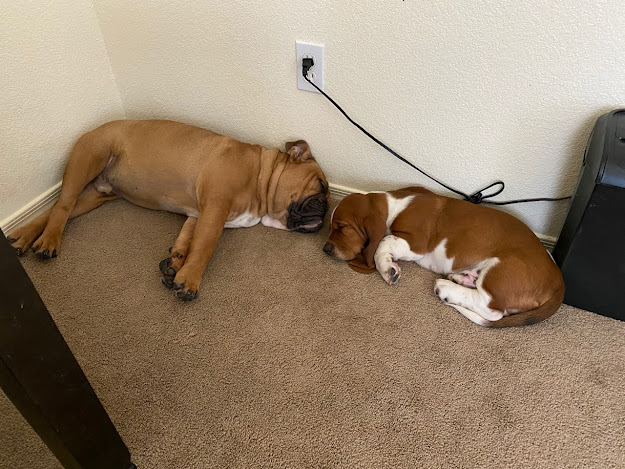 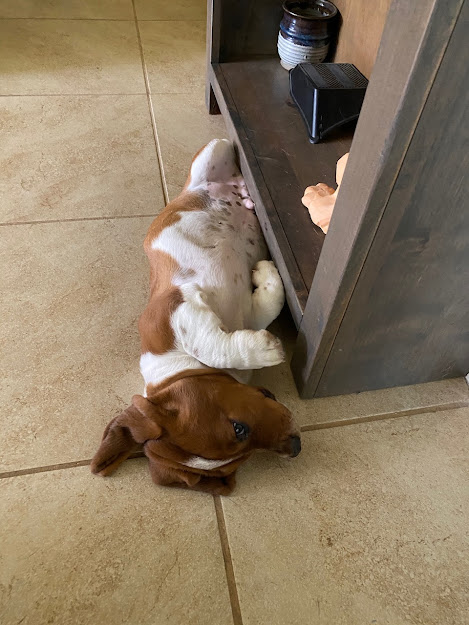