We were fooled by the sun around 10:40am. With Heidi buried deep in her multiple blankets, Sadie and Stella kept sitting near the doorway to the computer room, giving me that 'stare' they use when they want to go outside. I headed outside with them wearing my Golite 800 jacket. It's just as worthless this winter as last year. Within minutes I left the hounds outside and went back inside to change into the Mountain Hardwear Parka w/hood.

The stares continued even outside ... I sat the camera on a chair while adding some gloves to the equation. The sun was bright as you can see, the ground was as hard as any highway but off we went. From the start both hounds took off and I was way behind for most of the walk. They were supplementing their diet of Fromm Dog Food for Large Breeds. Some say it takes weeks before you notice a change in dog food but I can say that within 7 days their coats became even softer, Sadie quit chewing and licking at her front leg. Stella never has an issue with different food. I am sticking with Fromm. 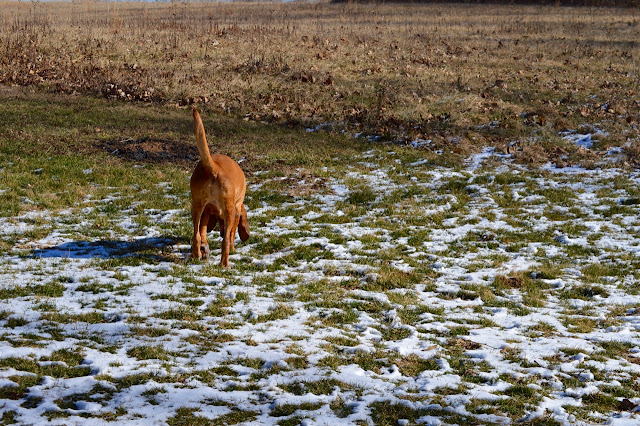 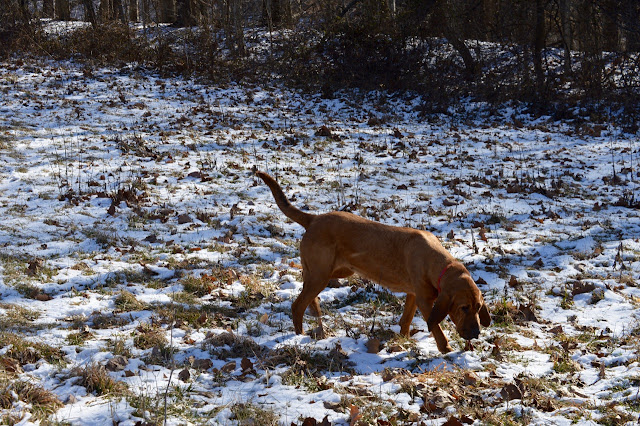 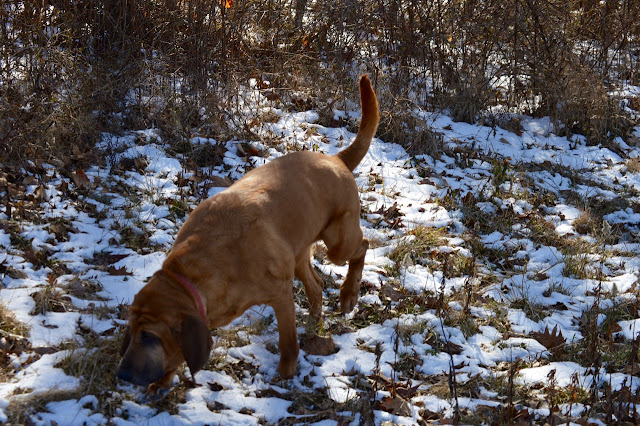 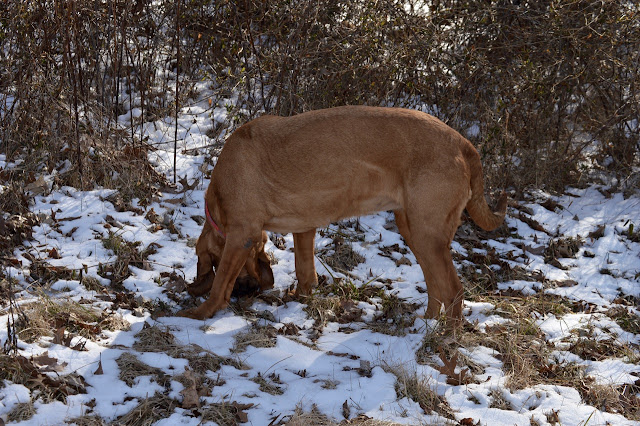 Even with them stopping at the  normal places, I noticed they were in a lot of hurry to get around that first right turn. I am pretty sure that is where the deer spend a lot of time. Today Stella wasn't going to move and we got quite a bit out in front of her before she started sprinting to catch up. 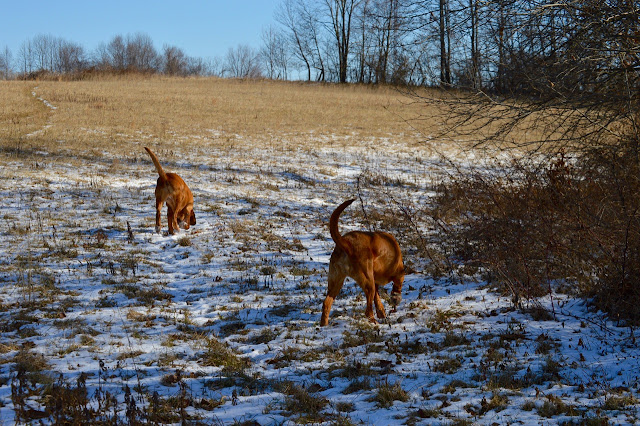 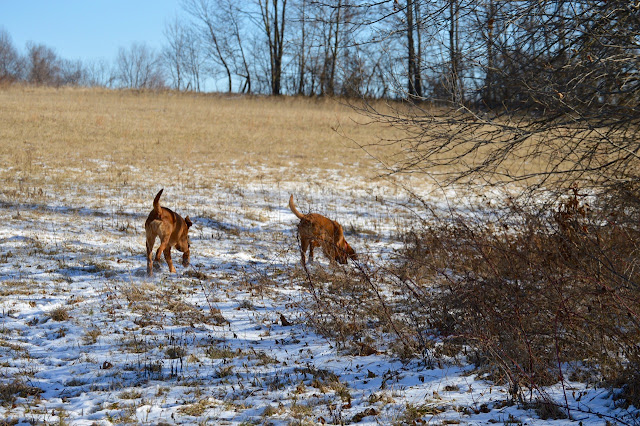 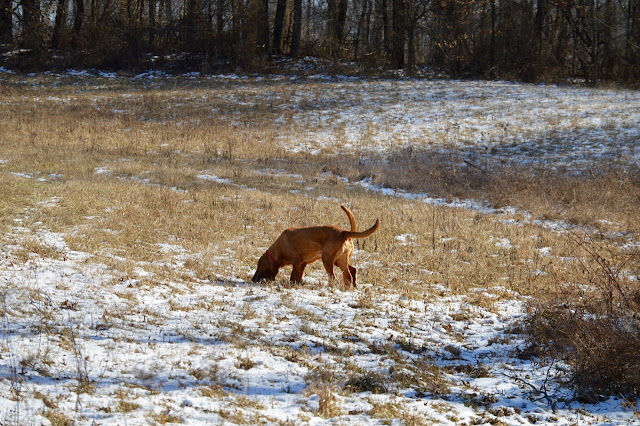 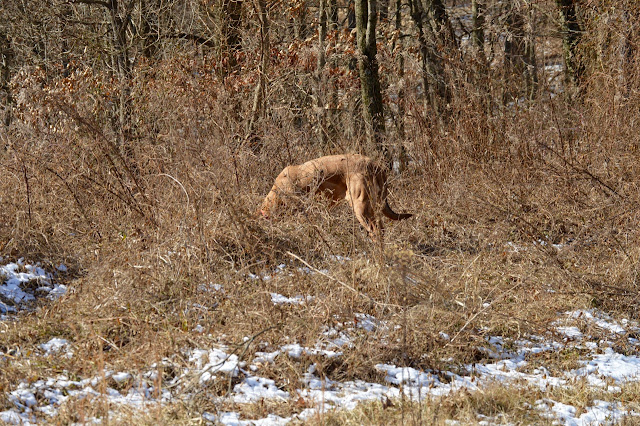 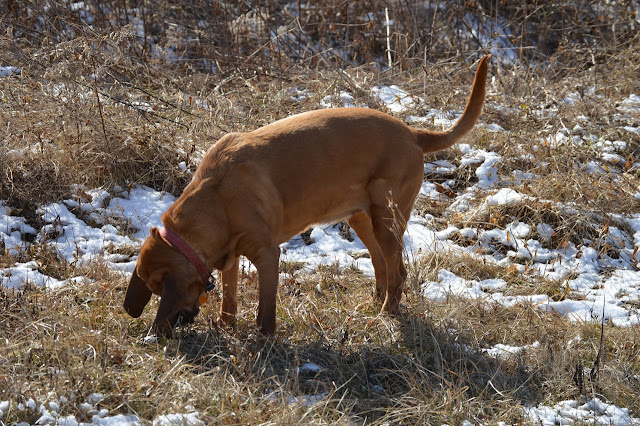 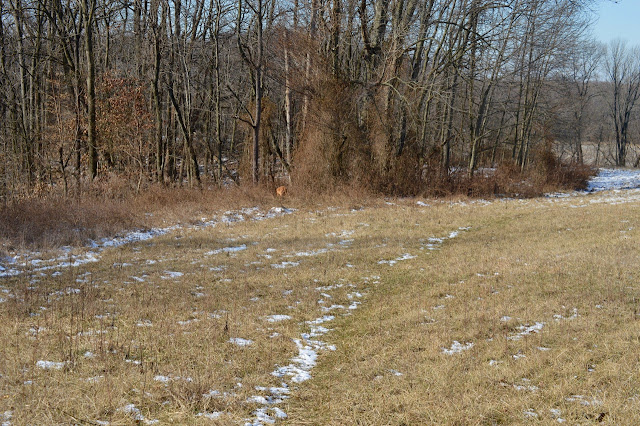 No sprinting photos ... why?? ... that damn camera. After not getting it to focus I glance at the rear screen to see "lens not attached" ... it was just a photo before. By the time I took the 55-200mm lens off and put it back on, Stella was already beside me. From then on, each time I tried to catch her running ... camera wouldn't work. 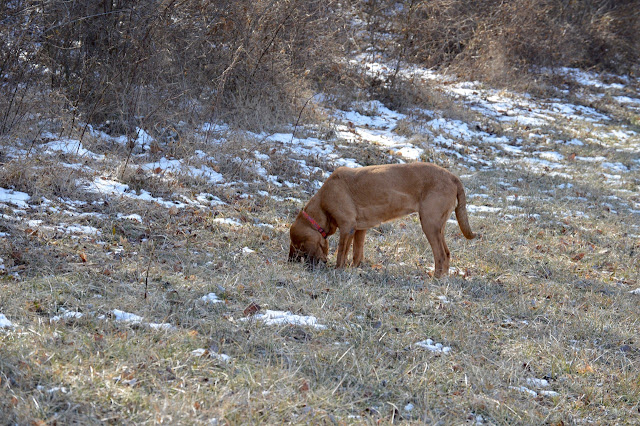 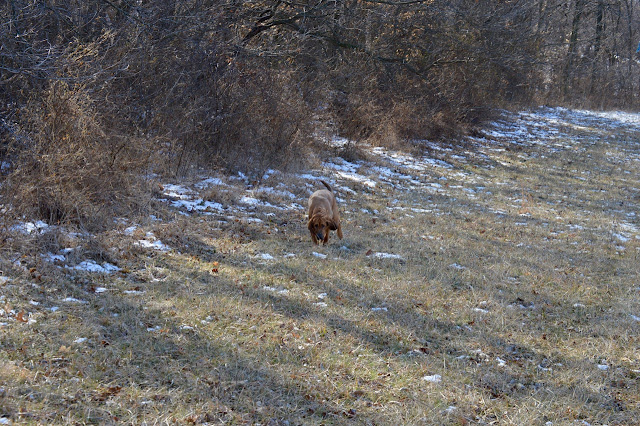 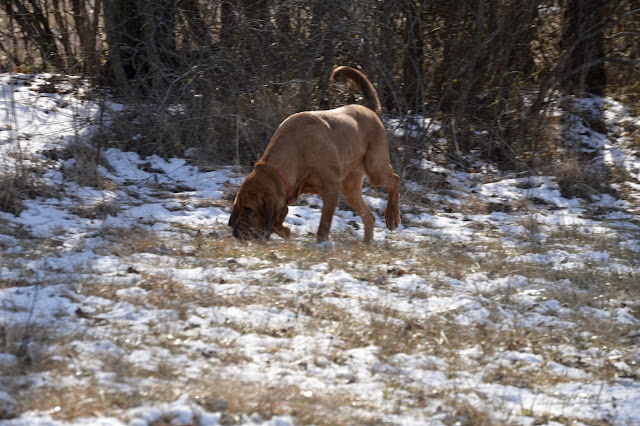 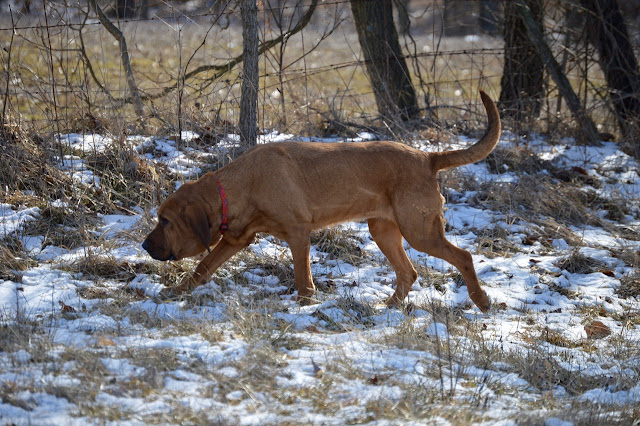 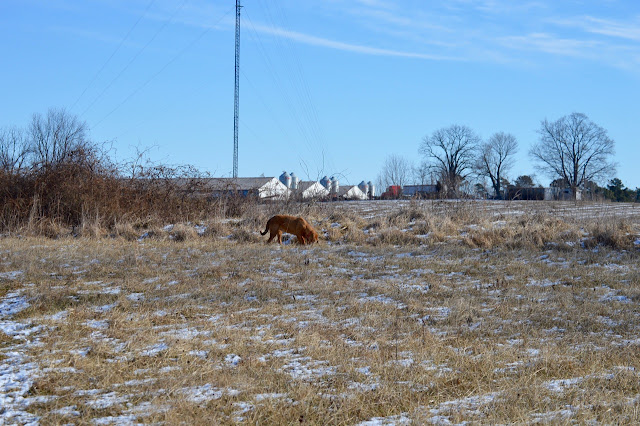 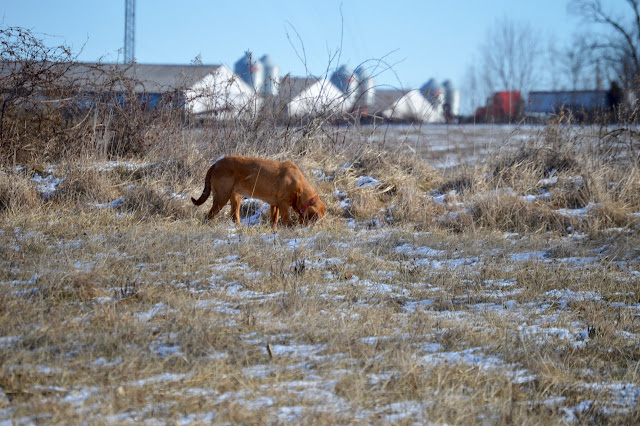 By the time we were about 3/4 of the walk, it must have been really cold to them (12° WC 2°) because both of them took off running toward the house. That is something neither one had ever done before. They were able to continue to eat the stuff I don't want to see while waiting for me to catch up. 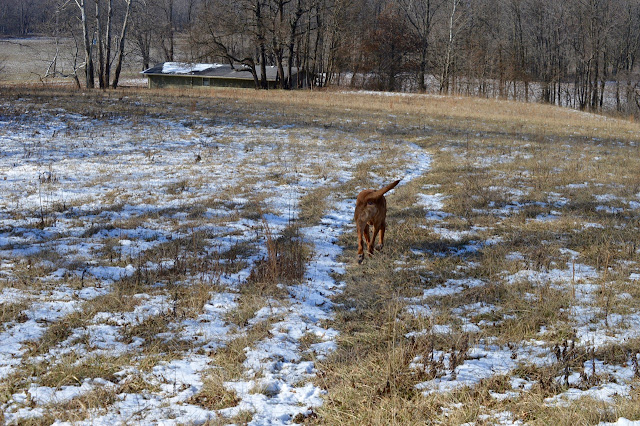 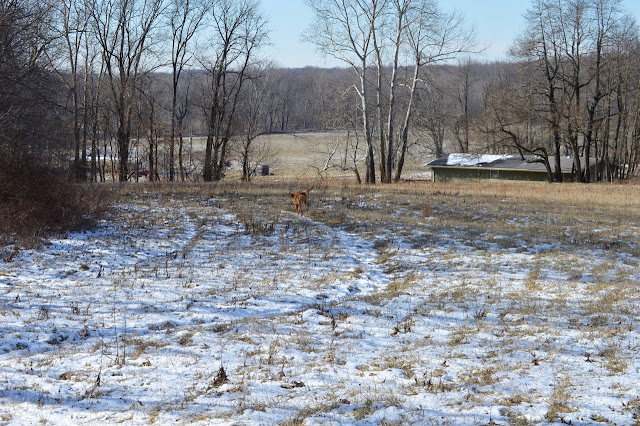 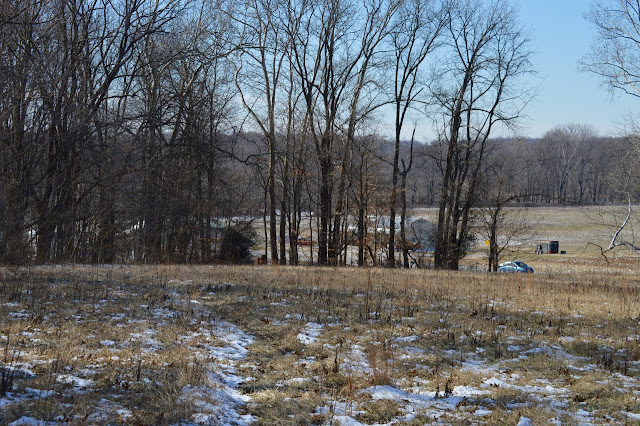 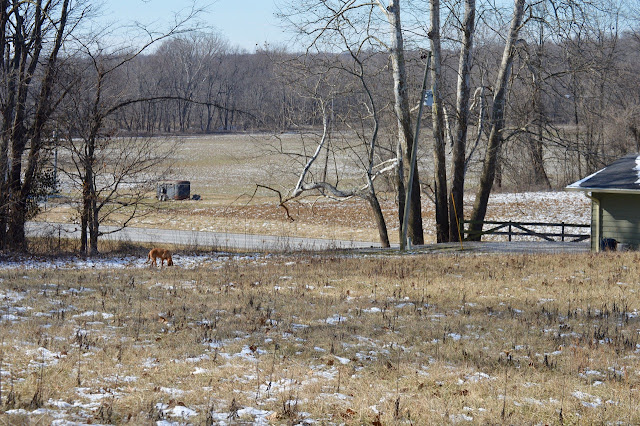 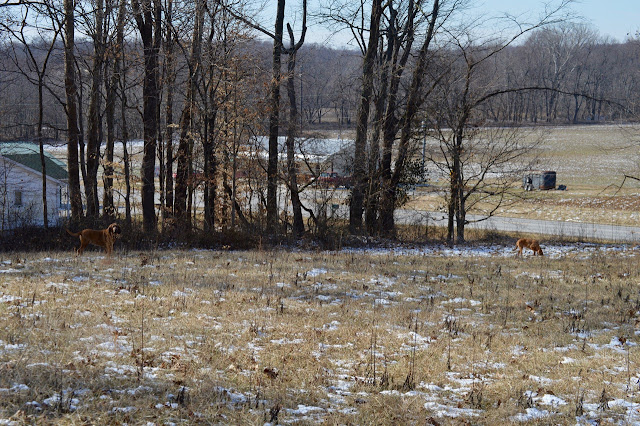 From the way the air felt ... the afternoon hound walk has been cancelled for today.

Here is a photo of Heidi from yesterday afternoon. It shows she is up and has a pulse. In addition, I am also happy I went back to Earthborn Primitive Natural for her. I still had the 28# bag to finish. The top two ingredients are Turkey Meal and Chicken Meal. Her skin has never looked better and lately has not been turning red as the day progresses. I might change the blend but I will be sticking with Earthborn Dog Food from now on. 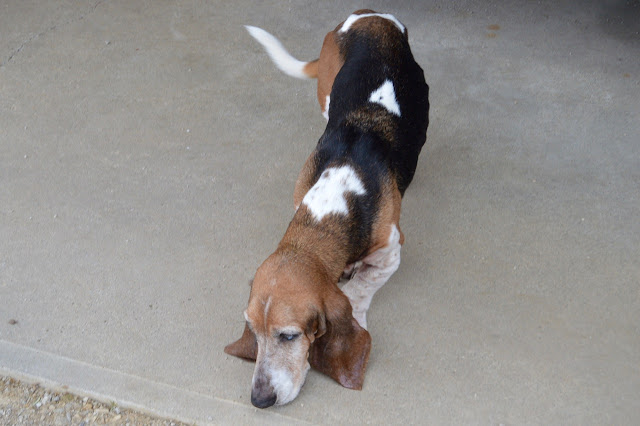 It's sunny and dry here in "the tropics' of Southern Indiana even if it is only 12°.
at February 13, 2016
Email ThisBlogThis!Share to TwitterShare to FacebookShare to Pinterest
Labels: Earthborn Holistic Dog Food, Freezing Temps, Fromm Dog Food, Heidi, Sadie, Stella