The Hounds Love Their Daily Walks 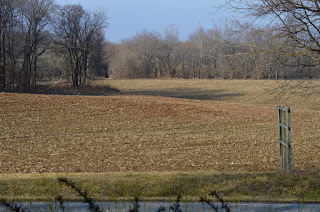 I don't think there is a day that goes by, unless it's pouring rain, that my 7-1/2 year old Sadie doesn't jump up and down and try to grab my hand to start the walk. Instead of just taking off to start her smelling expedition, she will at times succeed in grabbing my hand with her mouth, drool and all, to help me get started on the daily walk(s).

Stella on the other hand is in one of two positions. She is either way out in front along the line of bushes or she is walking behind me in slow-motion. You have to realize that if Stella is not in the field working her nose ... she does everything in slow motion, even to the point of dragging her paws when she walks.

So yesterday afternoon was no different for them. It was a little for me because I fell in love with those 70° temps on Saturday and never wanted them to leave. Still, yesterday wasn't that bad ... in the 50's. 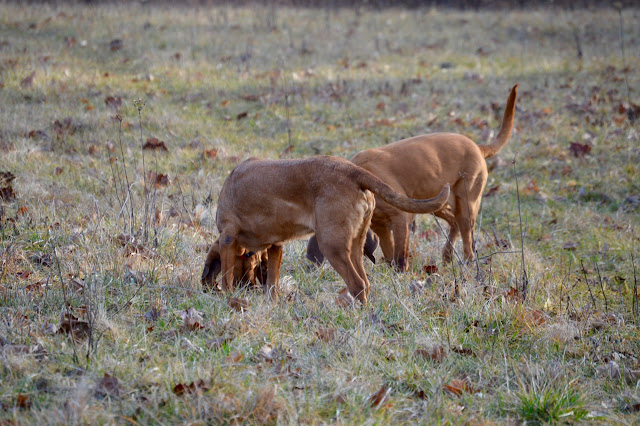 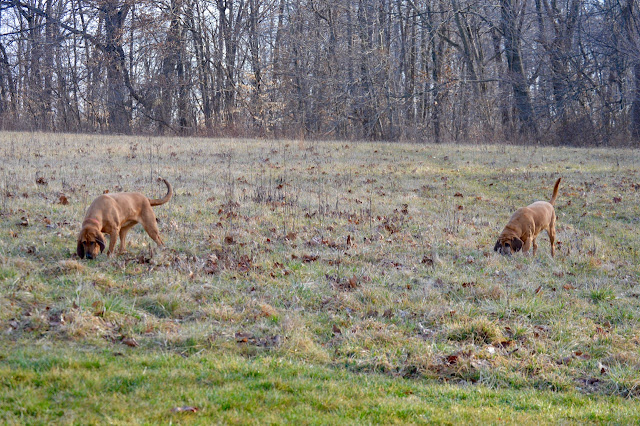 Stella was more attentive on this walk. She came to me or at least headed in the right direction when I called her name. The leash was NOT taken even though I had told her it was a possibility the day before. The ground became more saturated the higher we walked. There is a slight incline to the back of the field. As I have said before, a lot of that field angles down and towards my backyard.

As you can see from the photos, they are not much different than others you have seen. We take the exact same path every day and have for the 19 years I have lived here ... just different hounds. The path is worn, mashed down hay, or weeds but never to the point of making the path bare dirt. I can actually see the path from the Google Satellite maps. 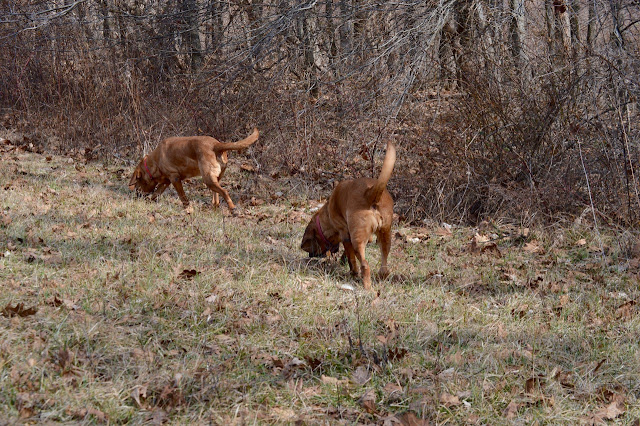 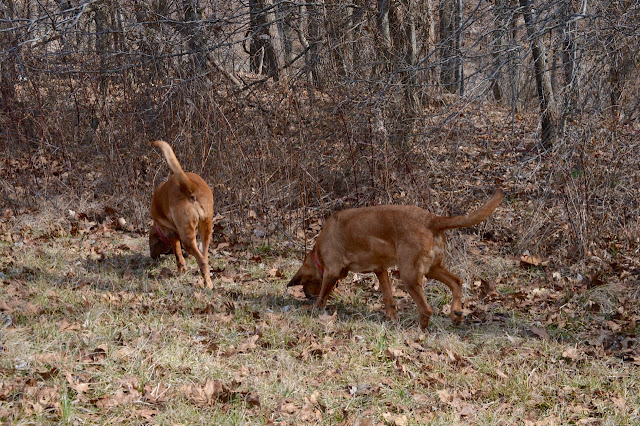 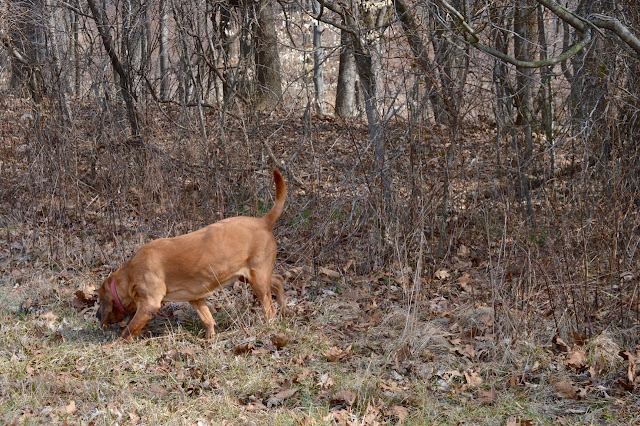 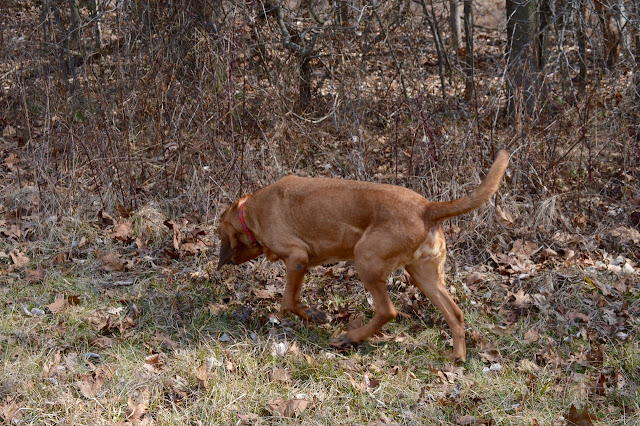 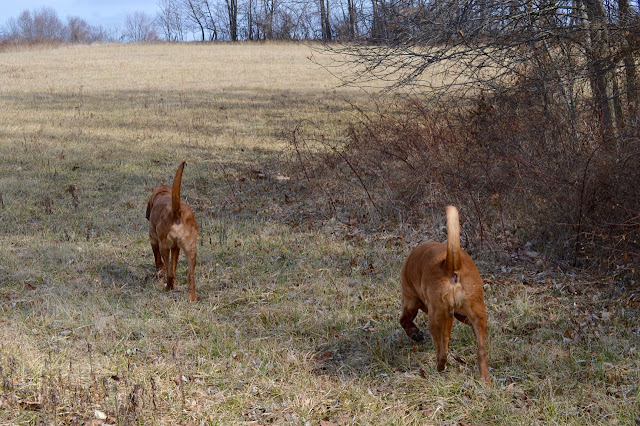 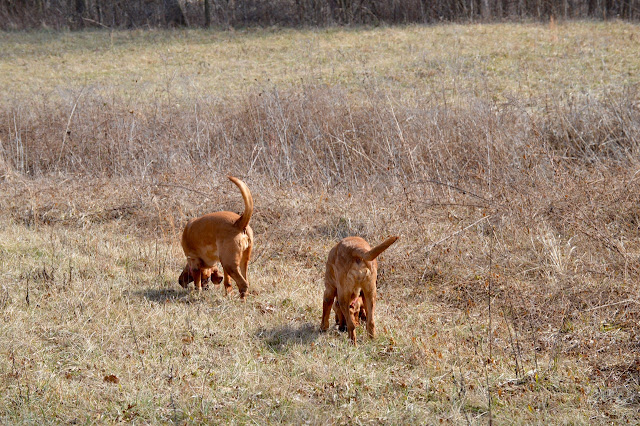 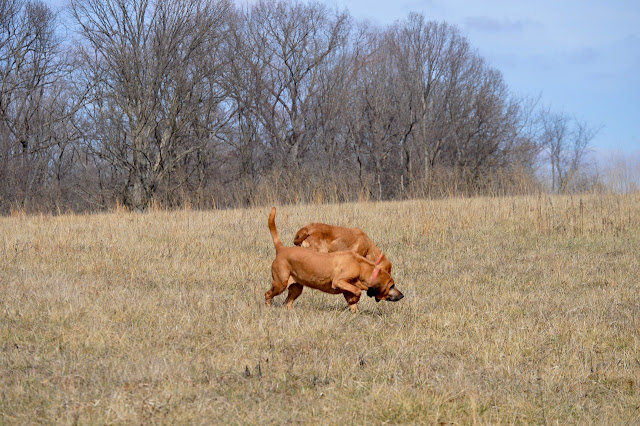 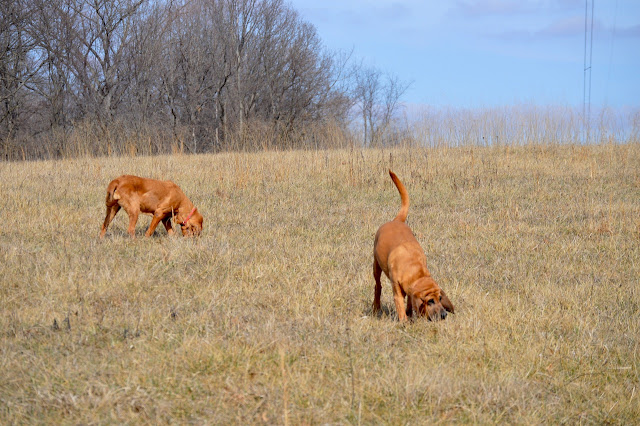 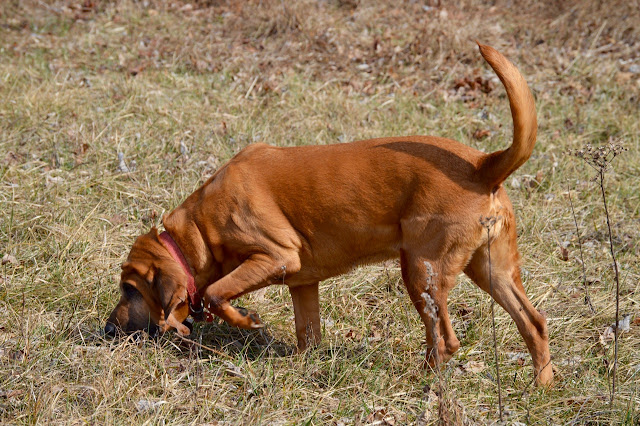 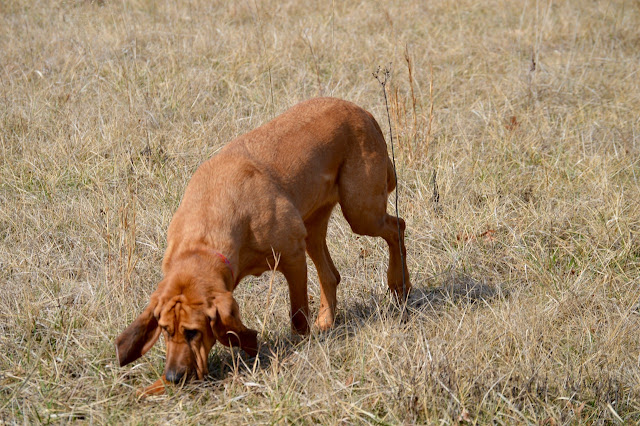 Although they work their noses in that field for 20-30 minutes, there are always those scents to check on at the end of the walk before they decide to stroll back into the house. 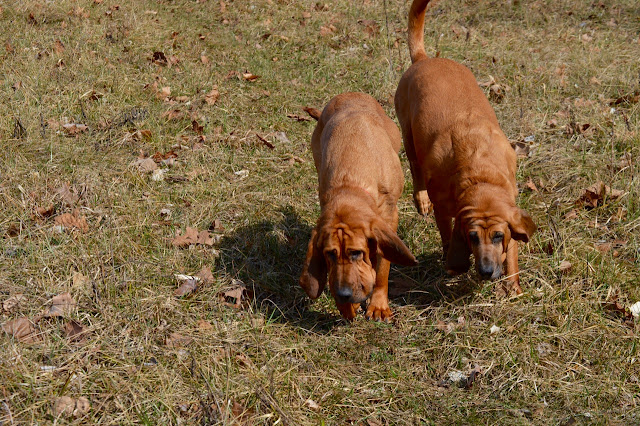 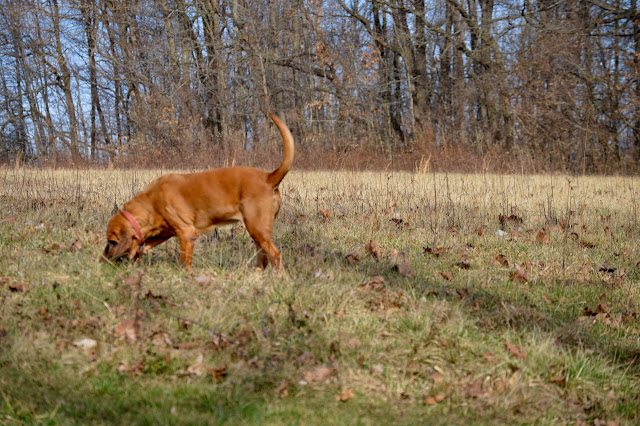 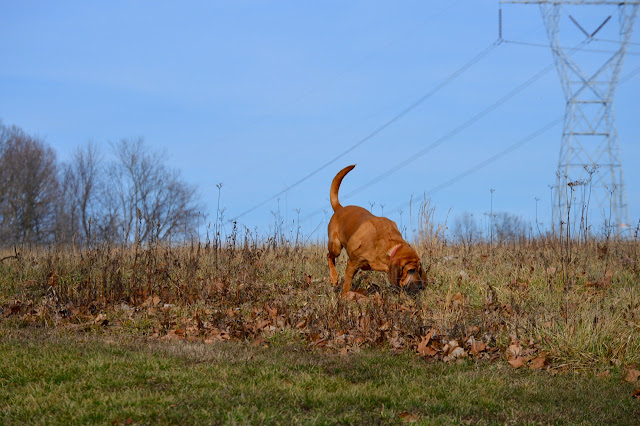 As soon as we got back from the early afternoon walk ... it was time for hound maintenance. Heidi had her 20 minute Epsom Salt soak, shampoo, toenails trimmed and ears cleaned. It's nice that she likes all of that so there is not wrestling or chasing her involved ... like with Sadie. Stella doesn't mind the ears and nail trim and I have no doubt that she would climb into the tub for a bath if I wanted her to. Sadie will hide anytime there is water or nail clippers involved.

Heidi stretches in the sunshine after getting towel  dried after her bath. She helped the drying process by doing a few sprints throughout the house before coming outside. 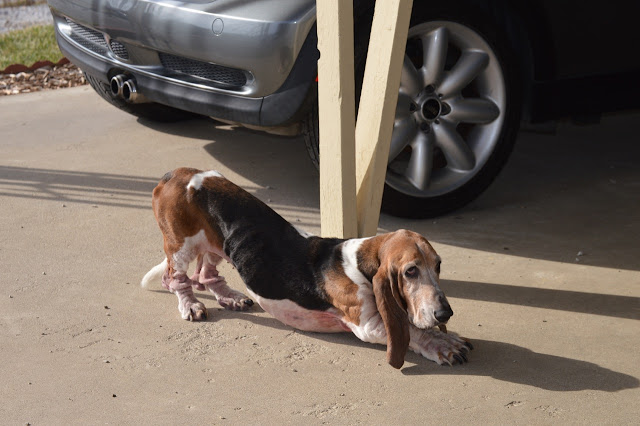 Taking care of Heidi and Stella didn't take long, besides the 20 minutes for Heidi to soak. I walked toward Sadie who was in the "big" chair in the living room. Before she could jump over the side of the chair to escape, I lifted her front paw with hopes of getting at least one paw done and the others when I could. She sat there and let me cut all four paws.

Bloodhound toenails have to be the closest thing to bear claws that there is. Even with the largest size clippers, it's hard cutting through them.

With a few other domestic efforts completed that concluded a great day here in 'the tropics' of Southern Indiana.
at February 23, 2016
Email ThisBlogThis!Share to TwitterShare to FacebookShare to Pinterest
Labels: Heidi's Treatment, Sadie, Stella, The Daily Dog Walk