Stella Had A Perfect Day Yesterday 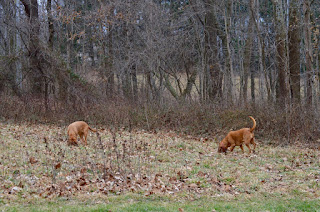 The move was so quiet, few noticed. No, not Stella ... the blog!  I was going to wait and then I decided not to. I had everything I needed updated, except the comments made on the WordPress Blog. Now there is a thought I just had ... hmmm, no don't even think about it.

Anyway, I could have copied and pasted all of the comments from the old blog I guess, but there were hundreds of them. Plus there wasn't a way of bringing your user name and blog link in that transfer. With a working converter that was required, comments would have come along for the ride.

I can live with it.

Next came the color and design of the older blog. I was planning to keep it but you know what happens when I have too much time on  my hands. It was not intentional but when I was finished, the blog template in Blogger looked almost like the theme I used on WordPress. I don't miss the header image the other blog had. My other sidebar had about 40 photos from the past. Some readers liked it, I liked it ... so I added a page at the top of this blog with some of those same photos listed. I will add more as I remember what I had listed before.

The redirect of the domain name was  painless and took just minutes before the .net address started transferring all visitors to the new residence. If you want, you can change all of your bookmarks back to the www.houndsandrvs.com. You don't have to because the .net side of the house will bring you to the same website. Even my old blogspot domain will bring you to the blog.

It's good to have everything, 4+ years of history under the same roof again, if you know what I mean.

The tests continued yesterday, keeping her in the room with Sadie and shutting the door. All tests were different amounts of time. I drove off a few times for short trips. All of the periods of time she was confined in the bedroom were short. Each time I opened the door to let her out ... there was zero damage. She was awarded in a positive way. Yes, dog treats were involved. Heidi and Sadie approved of the payoff method for Stella's training. I am beginning to think that all three hounds are hoping I leave more often now.

By early evening I needed to restock the kitchen. It was a short trip, a little over an hour. I quietly walked to the door when I returned not hearing a sound. I knew that both bloodhounds would be at the door waiting for it to open. It's the bloodhound way, with each one wanting to be the first one out the door.  I was expecting the worse ... nada ... not one piece of evidence she had been upset or frustrated while I was gone. She didn't even move the heavy chest of drawers to dig at the wall. There were no signs anywhere she had been upset.

Don't get me wrong ... I was thrilled with perfect results. It's just mystifying. What is getting her so upset at different times, different periods of time, to go crazy and tear stuff up? Living in the country means no pedestrian traffic walking by the house. Animals are not usually seen on this end of the house. The squirrels, the birds, an occasional rabbit are always seen on the south end of the house or opposite from where she is located.

Claustrophobic?  It seems like if she were, then every time she was shut up in a room 12'x15', then the results would be the same. I mean Stella can't be claustrophobic just certain days of the week.

The training will continue with positive reinforcement, even if it's nothing more than the time it takes me to walk down the driveway to the mailbox and back. On those trips I let her run the house but I also raise the blinds in the living room so she can see out the window. She looks at me every step of the way.

No matter what, Stella is and has been a great bloodhound since she arrived August 30, 2015. She has been great for Sadie, who didn't realize how strong she was as she tried playing with Winston or Heidi. She was leery at first when Stella arrived but they have been basically inseparable since that first day. 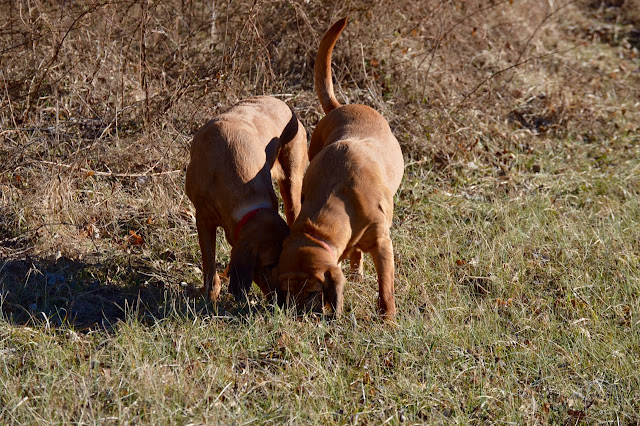 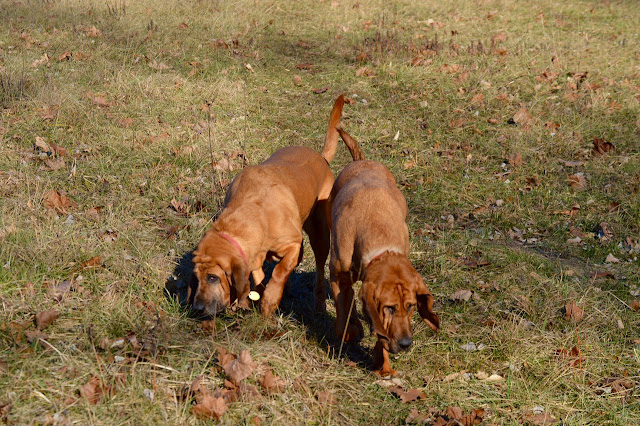 A few months back I mentioned I would start showing photos of the hounds I have had in the past, along with a short story about them. I had my first basset hound in 1987. I moved to this house in 1997 and since that time, I've had more basset hounds and bloodhounds than I ever planned on. The number of hounds at one time would range from 2-4 but most of the time 3 hounds seemed to be the common number. Many passed on at young ages due to cancer. Most lived to be 9-12 years old, but a few didn't.

Max was my first adoption from GABR in 1999. He was located in Peru, Indiana about 4 hours north of me. From the one photo supplied I just thought he was a basset and the size of car didn't matter. It almost was a bad bad mistake. Max was the biggest basset hound I had ever seen. They said he was 100% basset, but he was huge, way outside the AKC specs. The car I chose to drive that night in the middle of the week was small ... like really small ... a Miata, a 2-seat sports car.

As he walked out into their living room to meet me, the lady told me "he doesn't eat his dog food (Purina) unless you put cottage cheese on it". I found out the next day at the vet's office, that combination of cottage cheese on top of his Purina Dog Chow had him weighing in at 83lbs. He couldn't walk 30' in the backyard without sitting down to take a break. The daily hound walk was the same in 1999 as it was yesterday in 2016.

I took him off of the cottage cheese diet immediately, moved him to some quality dry kibble and walked him daily ... while slowly building up his distance without taking breaks. A couple of years later I had him down to 62lbs where he stayed the next 7 years. Of course being a lot longer than I had planned and heavier ... it was fairly exciting fitting him into the passenger seat of the 2-seat Miata.

I still had to shift the 6-speed manual transmission and that stick shift was now located somewhere under his right shoulder for most of the drive home. He slept most of the 4 hour drive with his butt pressed up against the passenger side door, shoulders across the console/gearshift and his head either on my knee or hanging down on the driver's side foot area.

It wasn't long after his arrival in the 'tropics' of Southern Indiana, I noticed one day that he was trying to walk back inside the house but was 8' to the left of the door. My suspicions were confirmed the next day ... Max was 100% blind at 5 years of age.

That didn't slow him down though. For the next 7 years he took the daily walk. He played with Arthur and later decided he new friend Winston wasn't a bad basset hound to hang out with.


The temps have dropped this morning to feeling very cold but it's still high 30's and we have yet to see a lot of days of single digit temperatures. It's been a good winter so far in the 'tropics' of Southern Indiana.
at February 04, 2016
Email ThisBlogThis!Share to TwitterShare to FacebookShare to Pinterest
Labels: Arthur, Blog Transfer, Domain Redirect, Max, Stella's Separation Anxiety, Stella's Test