It's Going To Be A Good Saturday 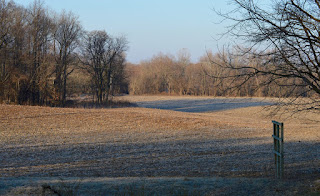 Although it was pretty cold last night, by the time the hounds stepped outside this morning the sun was bright. You could see the sun's reflection off the frost covered yard ... while they were outside, their breakfast was poured into their bowls in measured quantities. While they scarfed their breakfast, my coffee was made as is the normal routine. I could tell even at that time of day, today is going to be a great day.

Instead of washing vehicles today, I'll be backing the FJ out into the driveway giving me room to clean out the built in shed and then rearranging what goes in there. I'm talking leaf blowers, rakes, shovels, Coleman coolers with my wheel barrel all the way in the back ... buried.

Once that is done I am going to start the clearing process of the area by the old 70 year old fence post. Raking it will pull up some of the roots to those wild bushes that grow every year out of control. I intend to do what I did last April when I cleared that large area ... plant grass seed. 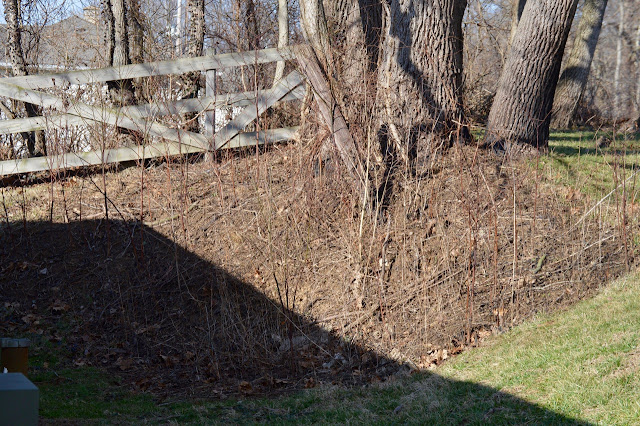 That will be about it for the day ... plus another walk for the hounds later this afternoon.

When we went outside around 9:30am, the hounds didn't go anywhere ... it was like they were waiting for me to do something. With the ground frozen hard I decided it was time to take the hounds for a walk, earlier than normal. It seems that Sadie is really getting grayer faster if you look at her nose. She will be 8 years old this May. 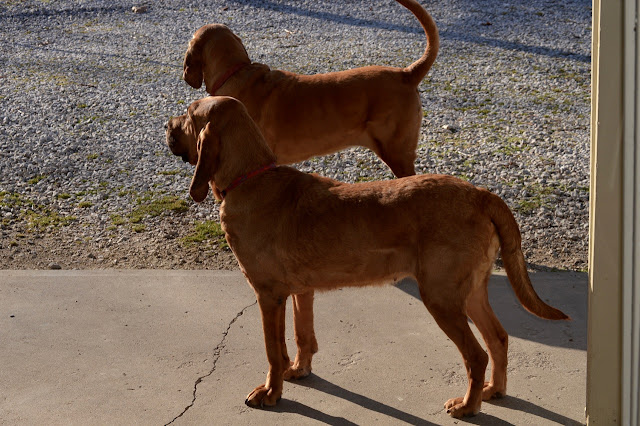 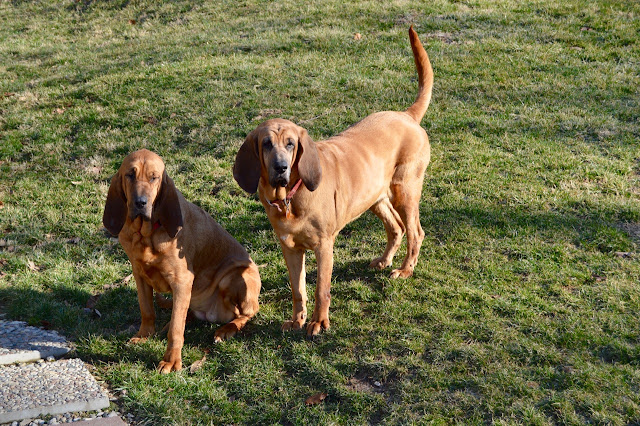 Today as the ground crunched under my feet and theirs from the frost, the deer scent was stronger than ever. I could see fresh hoof prints as I walked the path. Sadie and Stella were almost unconscious in their excitement with Sadie walking under and lifting up Stella a couple of times. 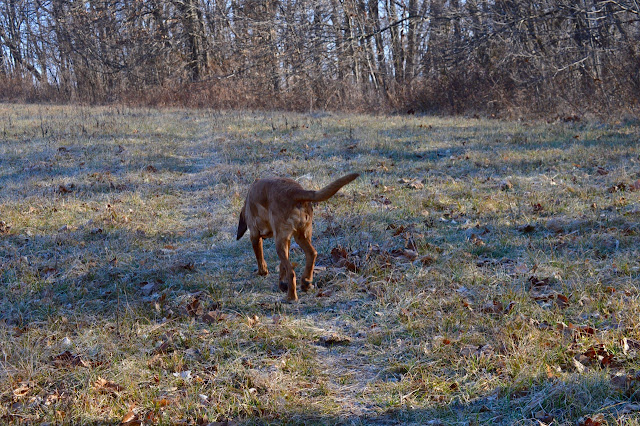 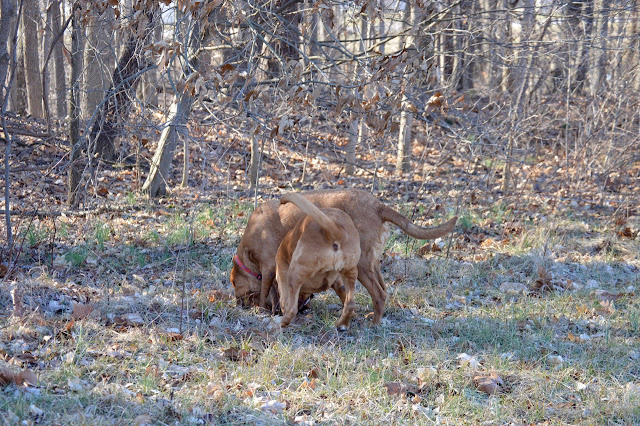 Looking back at the house, I've added a new thing to my 'to list' before it gets too hot. It will be one of the first things I do ... washing all of that algea, known as gloecapsa magma, off the roof. It's been a few years since I've done that but the last time it made the roof look like new when I was finished. 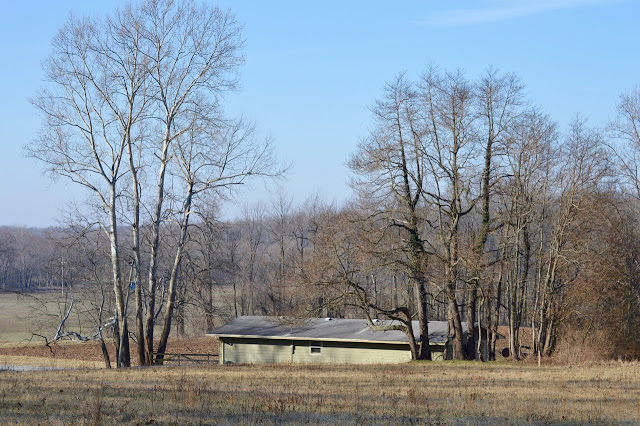 it was of course the normal path for the hounds but their intensity was pretty high today when their noses were buried in the ground. 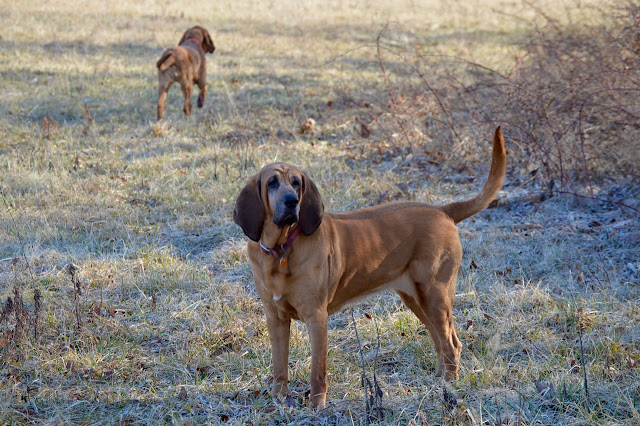 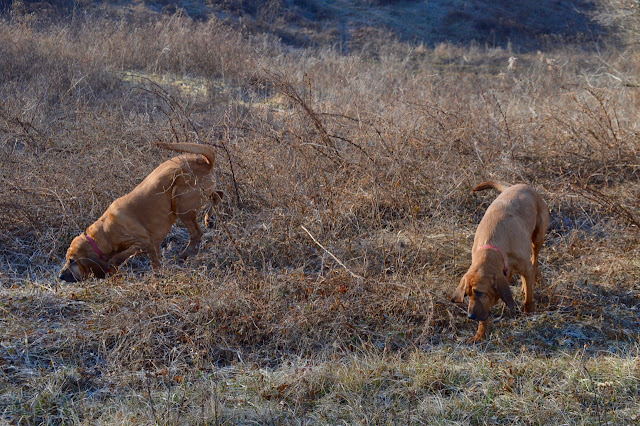 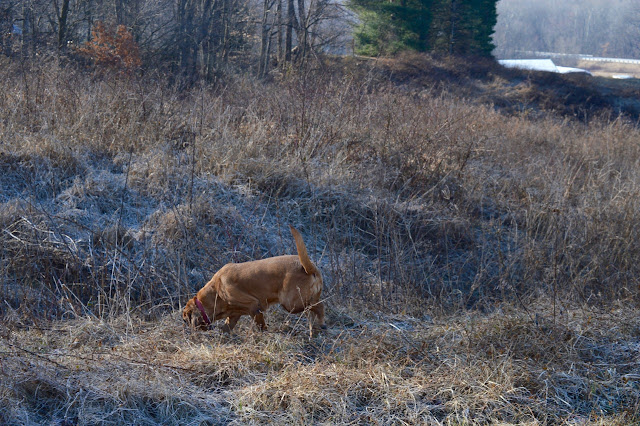 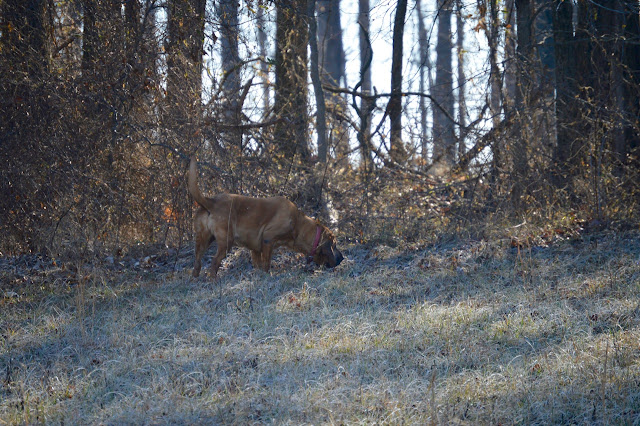 Once again Stella came when called although she was pretty far away a couple of times. 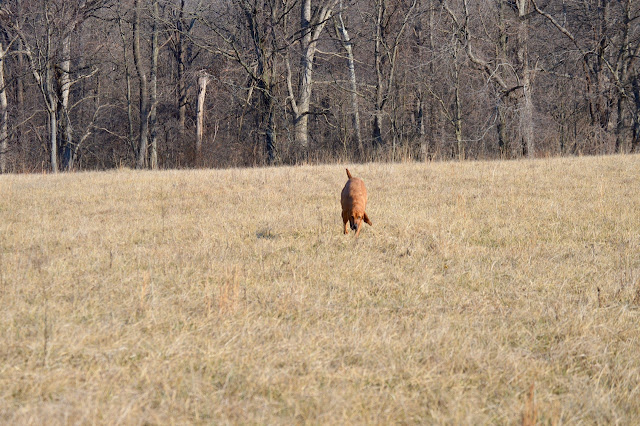 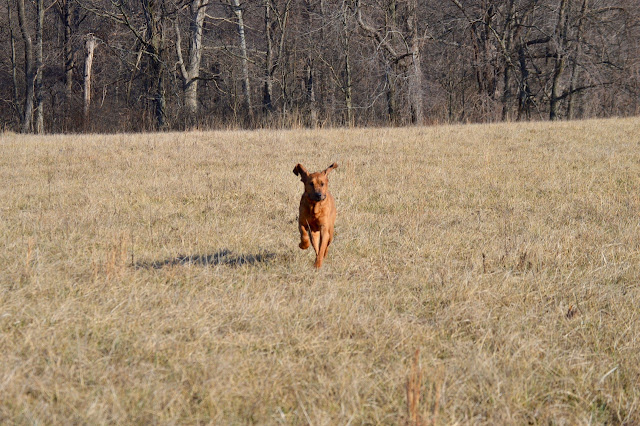 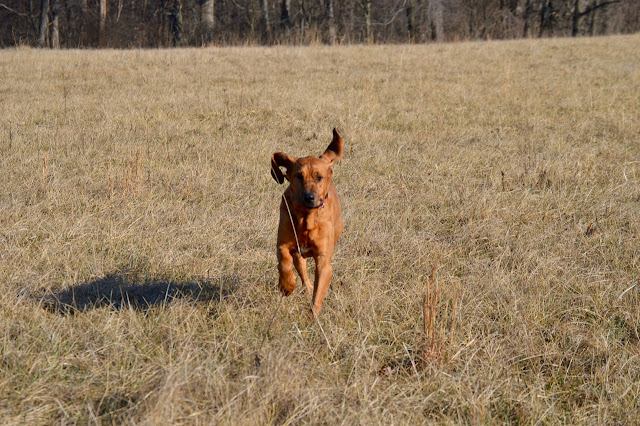 They both found one more thing to check out before we arrived back at that house but Stella was more than happy to run to me when I called her and she was asleep inside within minutes after walking inside the house. It's amazing how fast they can fall asleep. 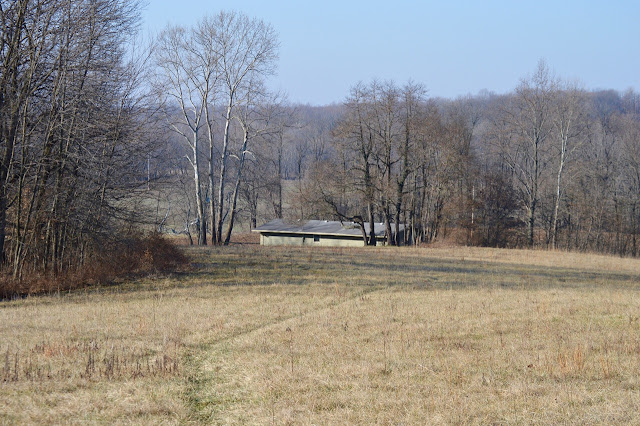 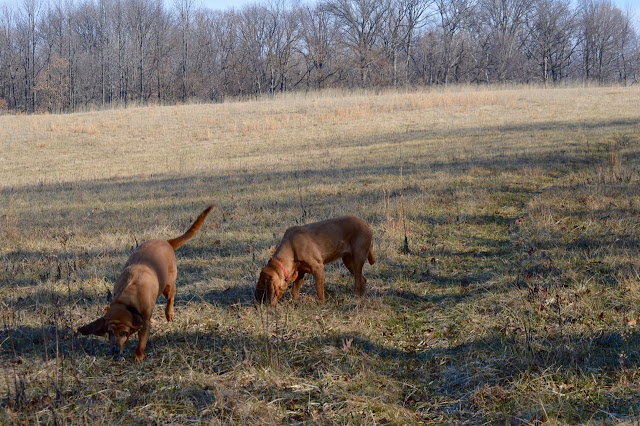 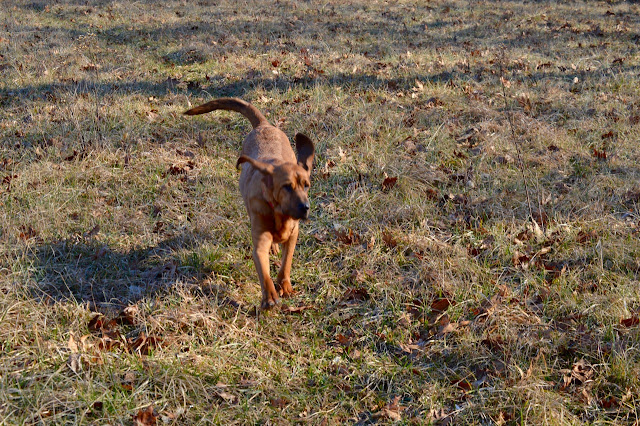 High temps are predicted in the 5 day forecast here in 'the tropics' of Southern Indiana. I'm declaring Winter 2016 is over!!
at February 27, 2016