What A Great Weekend 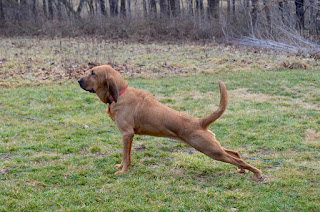 When I first saw the weather forecast a week in advance, it's hard to picture temperatures in the 60's just 5 days away as you sit inside your house freezing. I was suspicious on Friday when the temps rose to 58° but not the predicted 60's. Yet when letting the hounds outside first thing Saturday morning ... some warm air hit me, even early in the morning. The wind had been howling most of the night bringing warmer air from the Southwest.


By 9am ... ALL of us were outside, including Heidi. Yes, she did her normal refusal of going outside on her own when I asked her. Like a week ago when the weather was nice, I picked up her and carried her outside. Once her feet hit the yard, her tail started wagging and her nose went to the ground ... she spent a lot of time sniffing around and she looked happy. 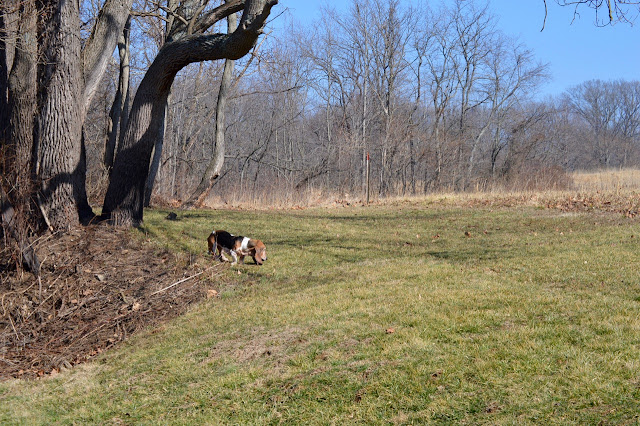 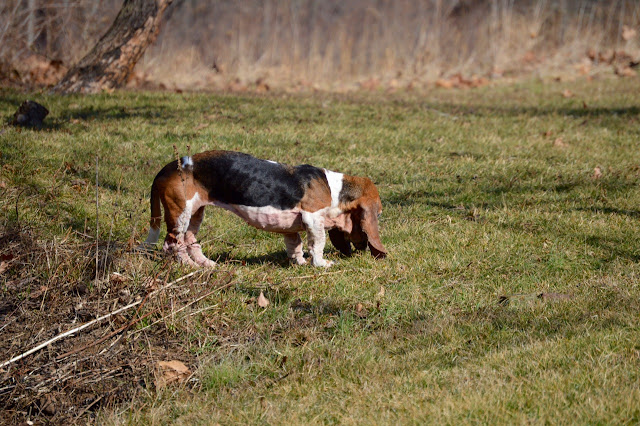 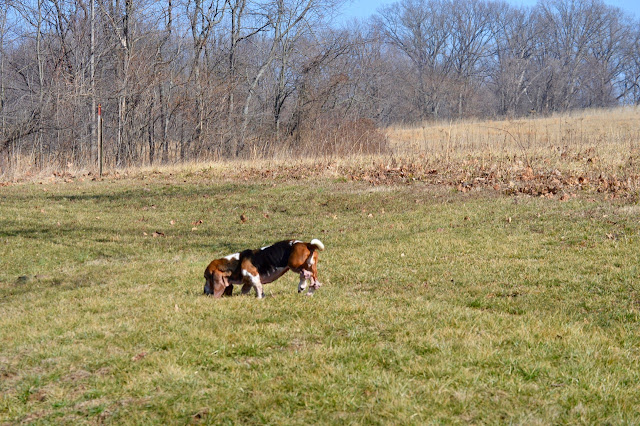 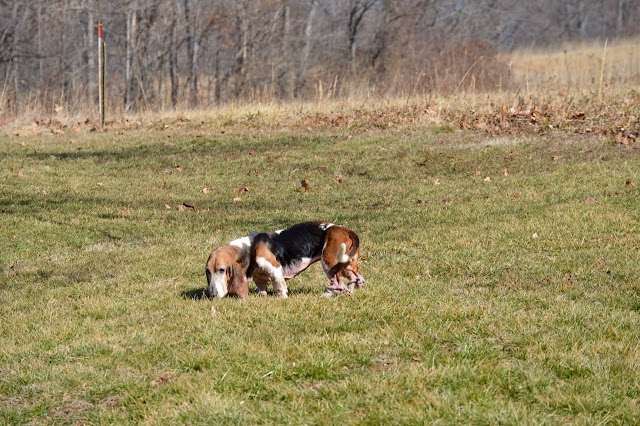 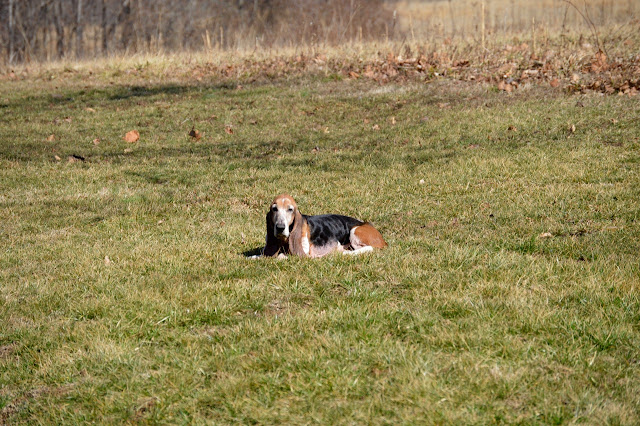 While I was in the front yard picking up all the fallen tree branches, Stella had decided it was time to stretch her boundaries in the field in back. When she didn't come when I called her, I decided it was time to bring out the tether again ... so she could roam the field without wondering off and I could get my yard work finished. She is looking back at me to see if I am watching her before she makes her escape into new territory. Way out of bounds for her. 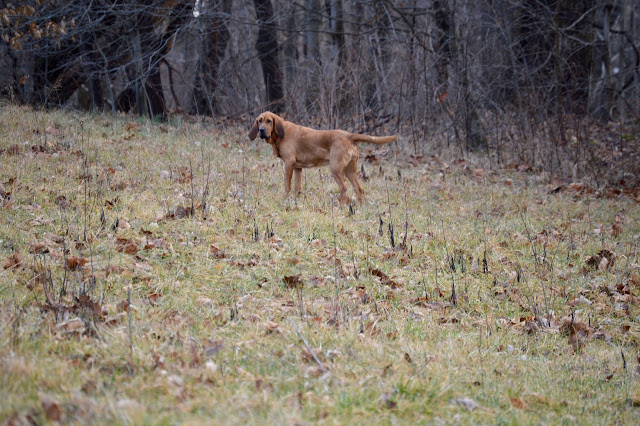 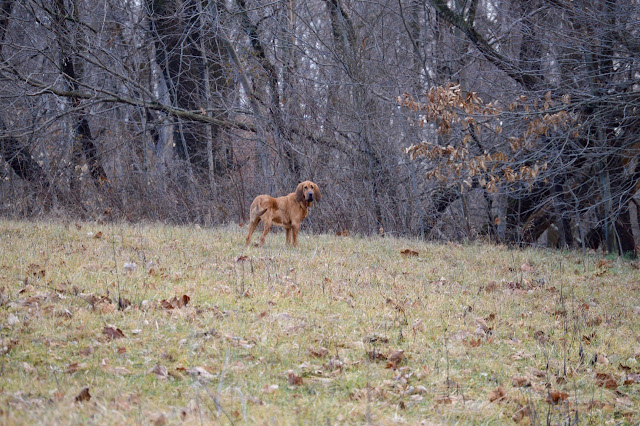 She didn't leave though when I was in the backyard picking up branches to add to my new burn pile in April. Once I started washing the vehicles, I attached the tether because she was wondering off. While I was getting my first yard work completed in 2016 ... the hounds did nothing but lay and watch. 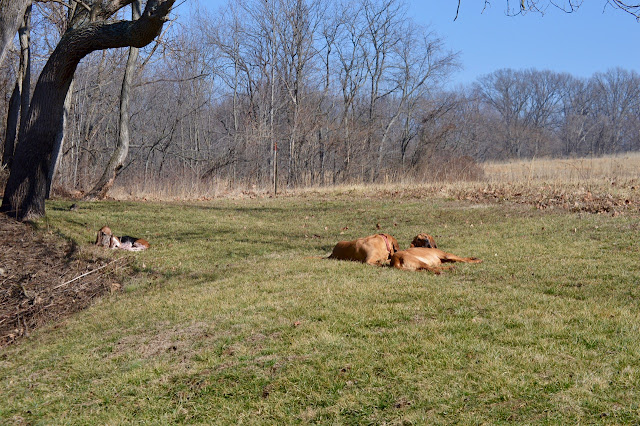 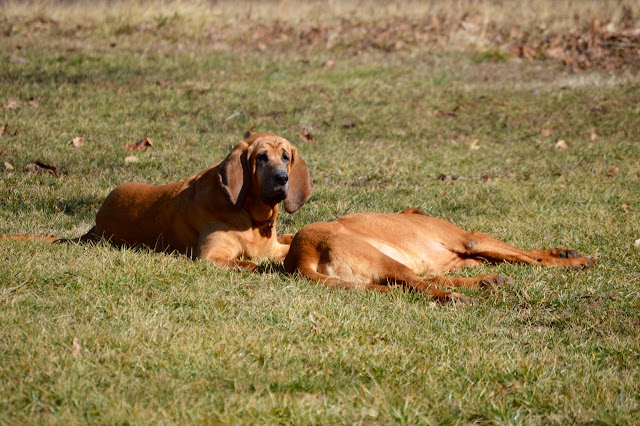 In this photo she is on "semi-probation". She didn't go in the field though ... she laid in the backyard trying to show me she didn't need tethered. 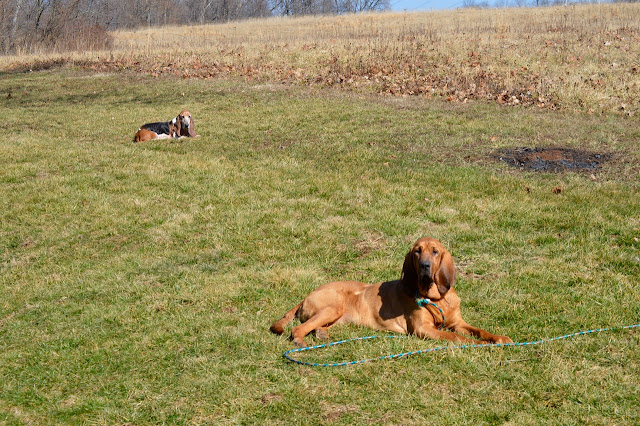 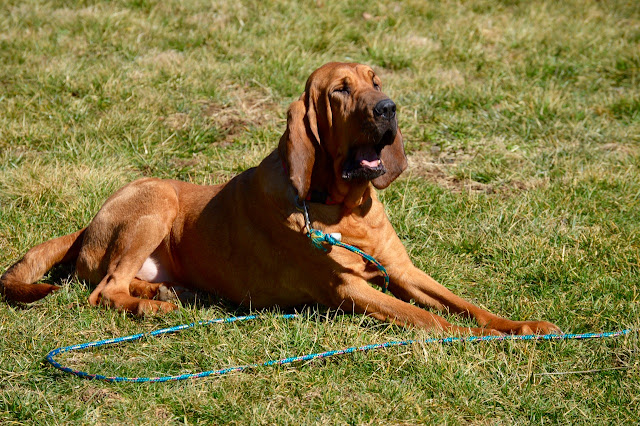 By the time I finished picking up tree branches, it was warm enough to peel off the sweatshirt. While mixing the soap and water to wash the Mini Cooper S, it was getting hot outside. I went from jeans to shorts as the temps had moved from 62° to 71°. The hounds never moved while I washed not only the Mini Cooper S but also the FJ. Sadie was the only one to get out of the sun later on. She was thirsty enough to try drinking the water from the leak of my water hose. Could it really be 73° in late February? I was more than happy to enjoy the spring like weather. All the windows in the house were opened to bring in some fresh air.

The hounds stayed outside from 9am - 1:30pm. Once Heidi found her spot in the sun, she never moved. 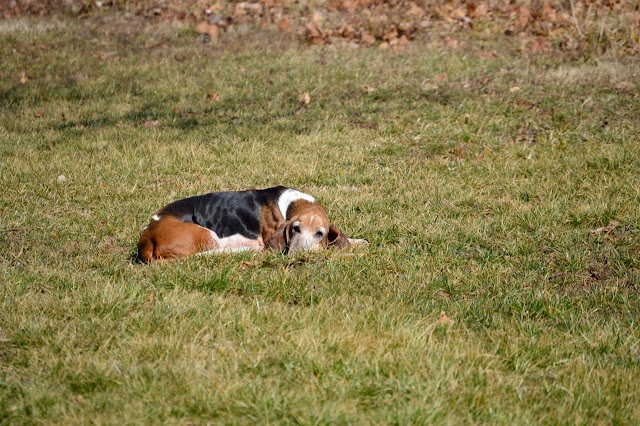 I needed coffee and could go either direction 12 miles to the store. I chose to load up all the hounds into the FJ as a test for them (mostly Stella) and a way to dry off the FJ since I was going to let it air dry anyway. All of them love to ride, all of them jump into their locations without any help. The test for Stella was going to be what takes place as I leave her to go inside the store for some quick shopping. Although Heidi got a little car sick on the way, about the 10 mile mark. She didn't look good.

From Stella's howls as I walked away ... she wasn't happy as I went towards the store.

My shopping was fast ... coffee, pizza and yogurt. As I walked to the FJ Stella had moved from the back to the drivers seat to keep an eye out for me. I could tell she had tried looking out the front window since the rear view mirror was turned at a weird angle. Plus there were hound tongue prints on the different windows. I could tell by things on the console she had been climbing everywhere. I would have loved to had a camera hooked up to see what she did. No damage but I could tell she didn't just sit there waiting for me to come back. Yet, she didn't hesitate to move to the back as I opened the door to get in.

We headed back to enjoy an afternoon of sunshine and 73° weather here in 'the tropics' of Southern Indiana.

At times I think of selling my 2006 Mini Cooper S. In fact I had a couple test drive it last summer and was sure they were going to buy it by the way they talked. She contacted me the next morning to let me know they were buying a newer one and a different model. I don't drive it much anymore but after washing it I find it always hard to think about selling it. 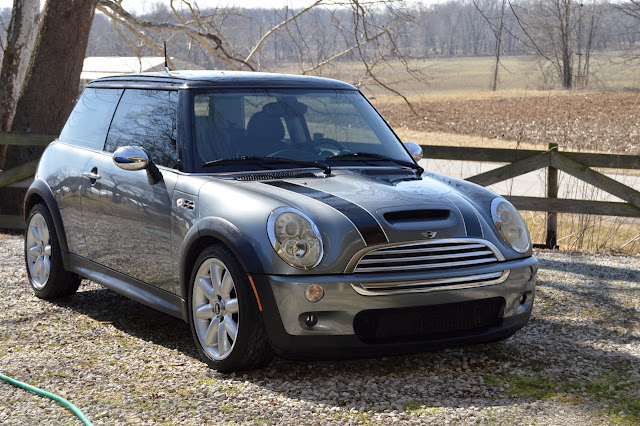 The temps are cooler this morning but it's still sunny and a jacket is not needed. It is suppose to snow this Thursday, so as you can tell Indiana weather is always changing and at times from one end of the spectrum to the other end. Within 6 days it will have gone from 73° to low 30's and snow. 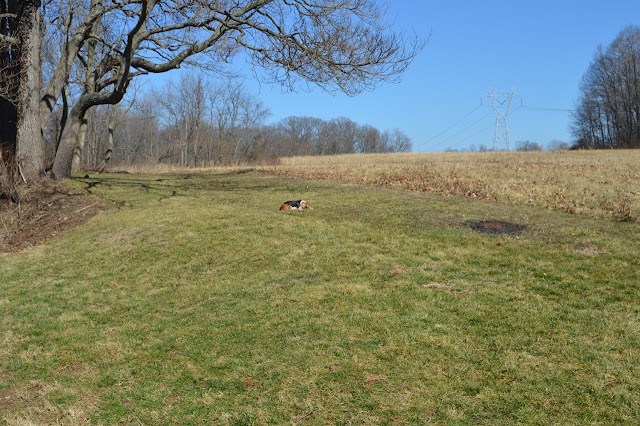 No complaints though, it's been a really mild winter this year in 'the tropics' of Southern Indiana.
at February 22, 2016