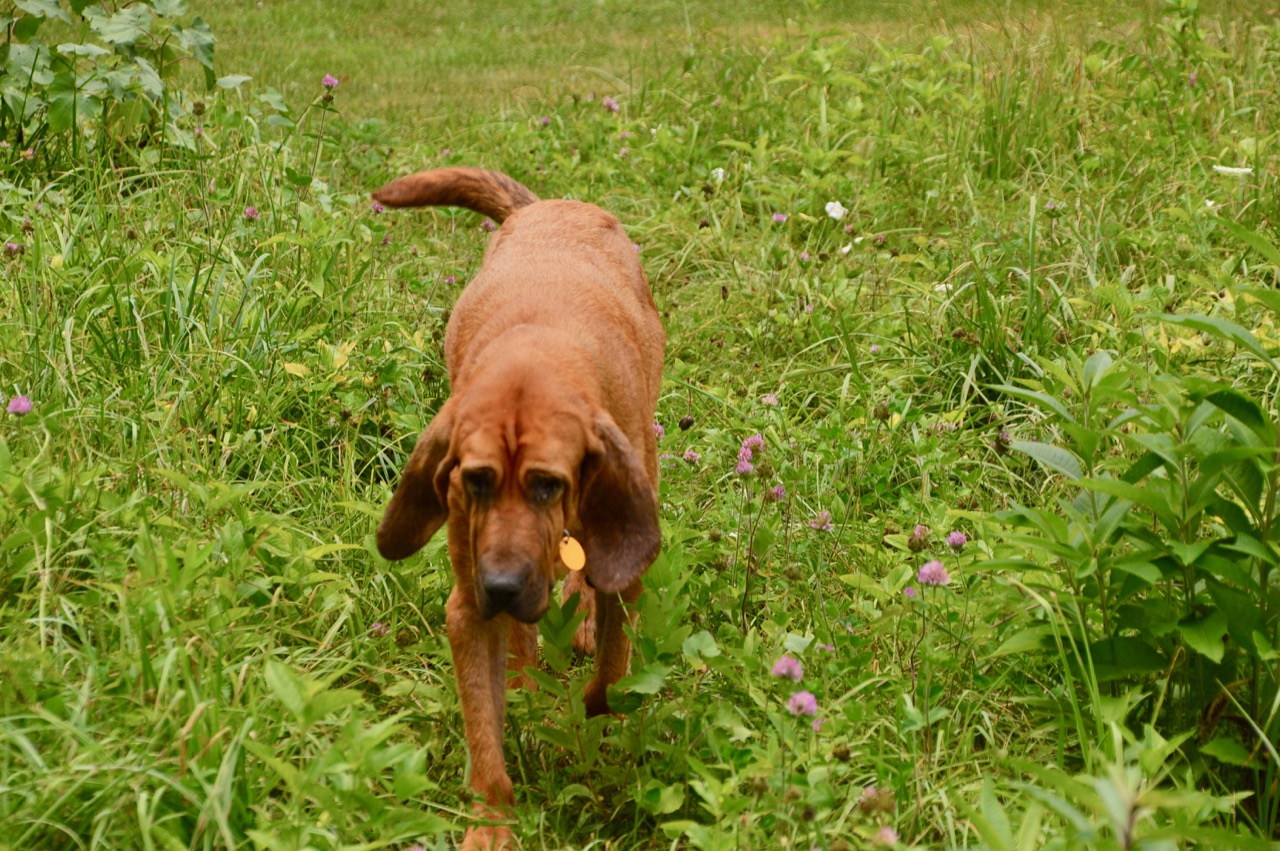 I'll go into more detail about the story of Sadie and Stella escaping this morning. A mistake by me while I was 'half' asleep gave Stella the chance to use her nose to move the door latch upward to open the screen door. I have no idea how long they had been outside but were easy to find. Just because they spent a lot of time this morning outside in the field on their own did not mean any walks were cancelled. By 2:30pm Sadie was demanding a walk with her stare. 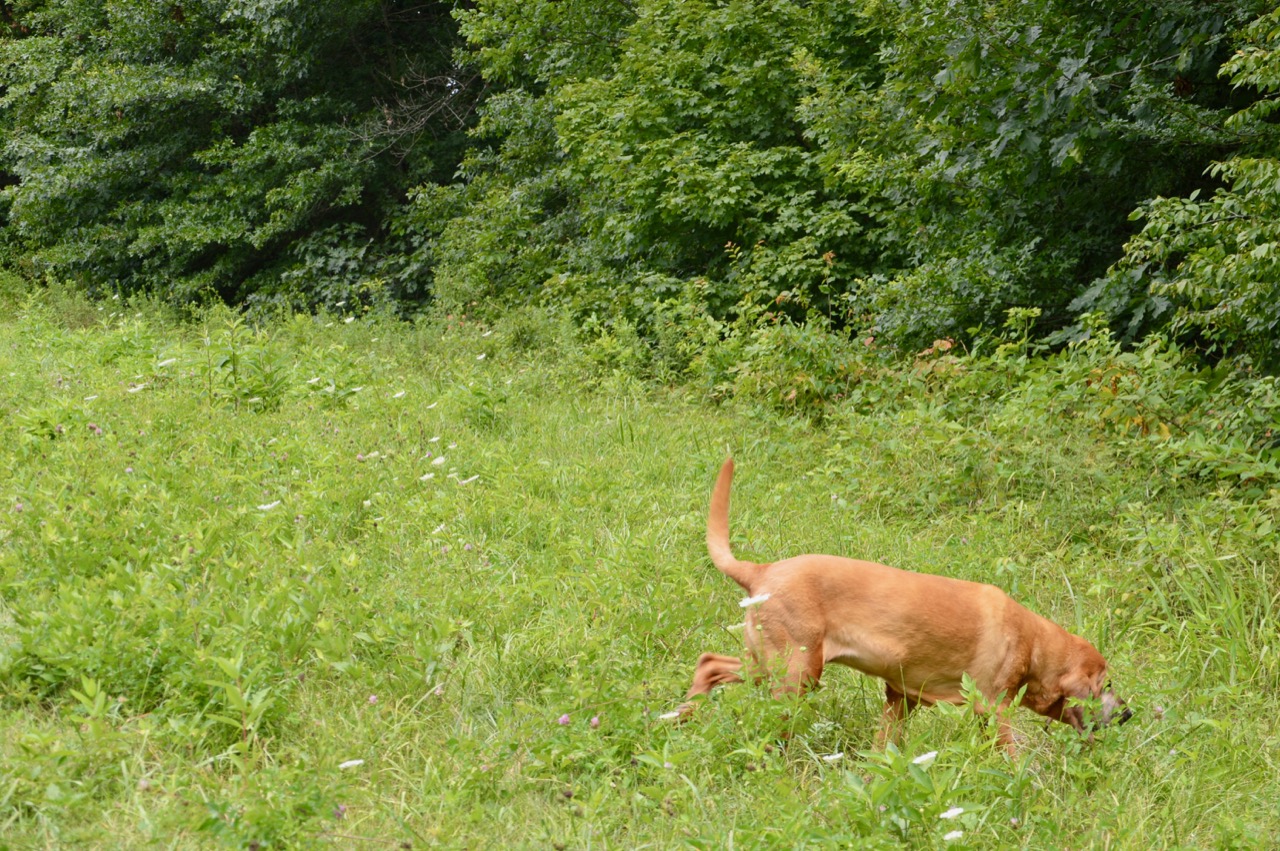 I have not been staying up later than my normal time. I usually call it a day somewhere between midnight and 1am. Lately I have been waking up a few times at night with some of the strangest dreams I can remember. Some of those times are from indigestion because I have once again enjoyed some food that I know I can't handle. Foods like milk, Ben&Jerry's ice cream or it may have been those chips, melted cheese with salsa past midnight when the Reds game had a 3 hour rain delay the other night.

Anyway I haven't been sleeping well. So every morning for the past 3-4 days I get up long enough to let the hounds outside and pour their breakfast kibble. Since the overnight temps have been in the 60's I usually leave the kitchen door open so the screen door lets in the cool breezes, along with opening the windows. Evidently this morning I forgot to lock the door latch to that screen door ?

How did I find out? 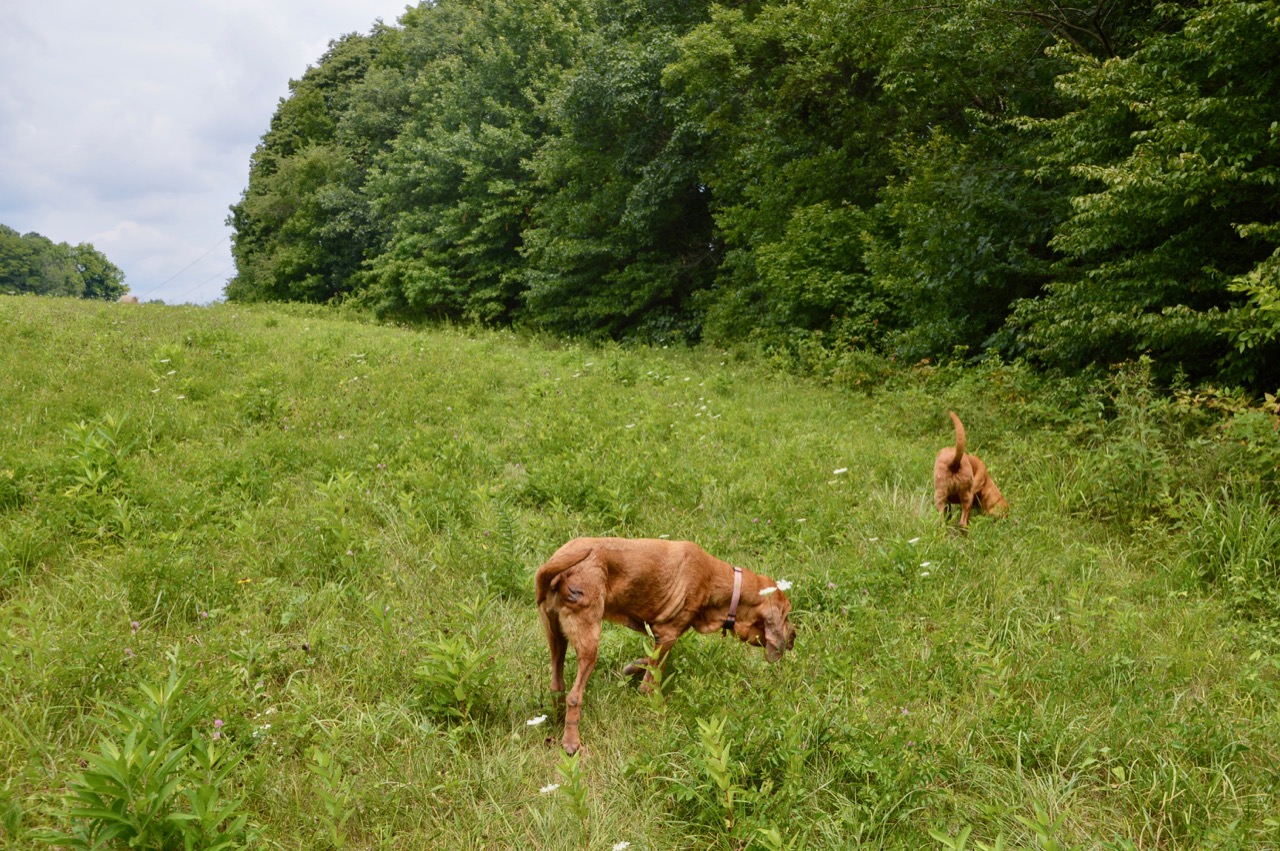 Waking up a little before noon because I can being single and retired, I heard Heidi was barking to herself in the living room and saw her rolling on the living room carpet (normal for her) as I walked toward the coffee machine. At first I didn't notice the HUGE DIFFERENCE in my environment. I didn't have a large hound or two blocking my me as I walked to the kitchen counter. It didn't register in my mind until I looked around and didn't see Sadie in the big leather chair in the living room.

Then I realized I did not have to step over a sleeping Stella, who was not laying on the floor in front of the kitchen door with the cool breezes blowing on her ... were they hiding somewhere in the house? They were not in the computer room, nowhere in the living room and not in the bedroom ... They were gone !!!! 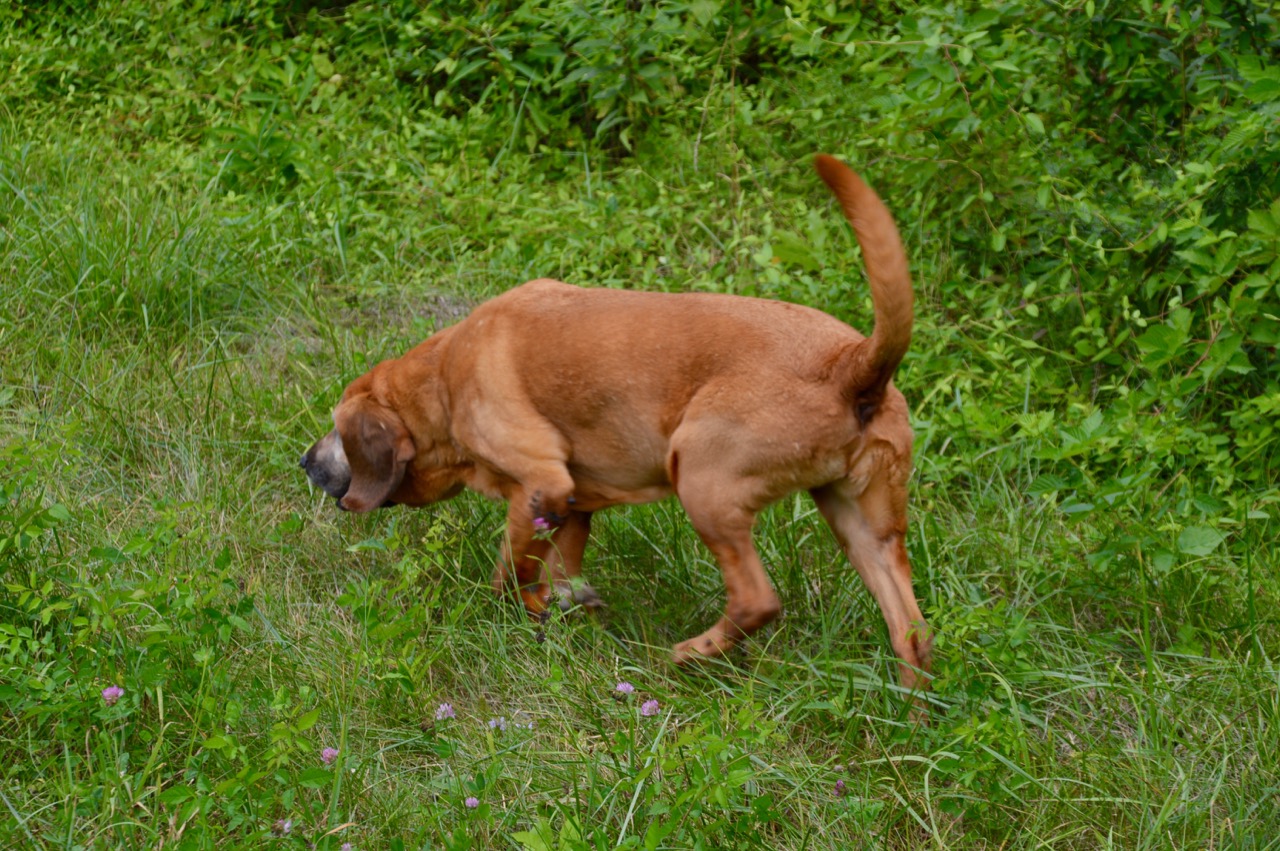 I knew what happened. I glanced at the screen door and was thrilled that the bottom screen window had not been tore out by Stella ... the answer was about 6" above ... the door lever was in the 90° position and unlatched. Stella the escape artist had decided she and Sadie needed to check out the neighborhood and had opened the door with her nose.

I slid my feet into my sandals and headed outside, without the camera. I saw Sadie in the middle of the field roaming like she always does. When I called her name she was thrilled and came sprinting to me. I knew where Stella probably was but I asked Sadie anyway "Where's Stella".  She took off running north toward the neighbors yard and never stopped. 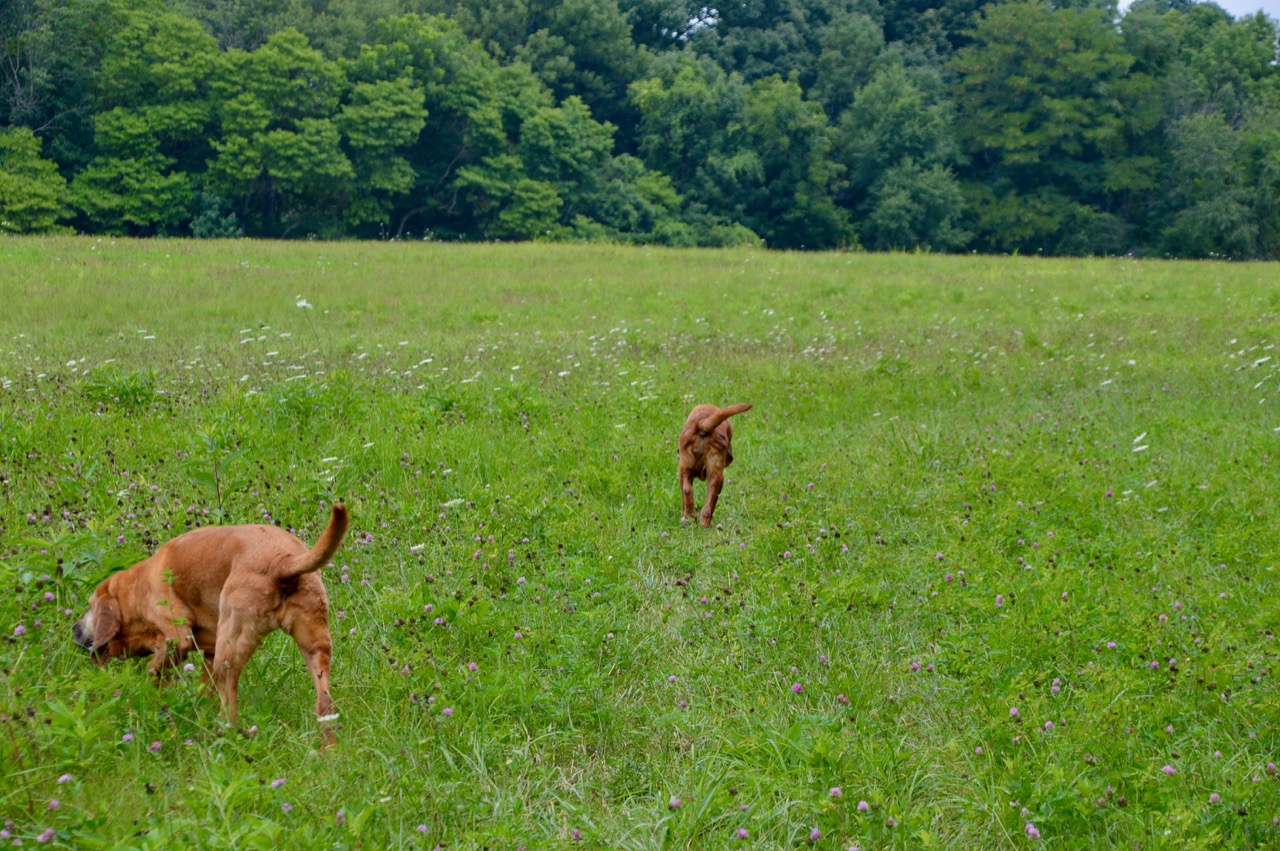 By the time I had navigated my sandals through the overgrown field, jumped over the small drainage ditch onto my neighbors back yard ... Sadie was already heading around the front of their house with her nose to the ground. I did not see Stella near the woods or in their backyard so I followed Sadie around the front of the house.

I was happy to see no sign of Stella across the highway in the other neighbor's yard. They have a Saint Bernard in their fenced in backyard but Stella has never shown an interest in checking out dogs or cats. It has only happened maybe twice in three years, where I have found Stella a the house two doors down. So it was not a surprise as I followed Sadie to see Stella between the two houses at the edge of the field looking for something to eat. Food has always been her main motivation in life no matter what time of day or night. 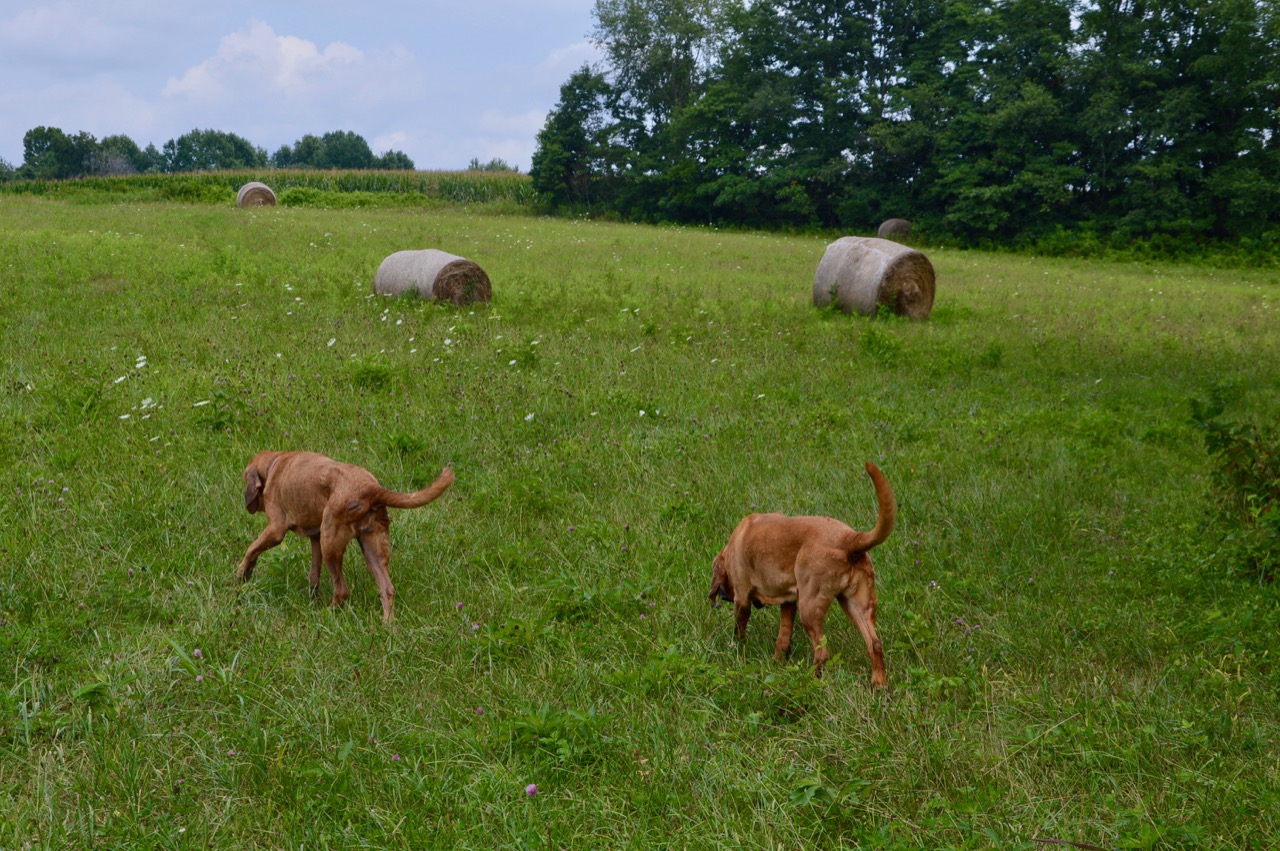 When I called her name, of course she raised her head to glance at me and then went back to eating what she had found near the woods. To her, there was no reason I should be concerned about her escape. I have found in the past the neighbor will leave cat food out on the ground for the wild cat we sometimes see in the field. When I yelled 'no', that was the key word for Stella and she started following Sadie who was already running back to me ... in a proud way because she had found Stella. 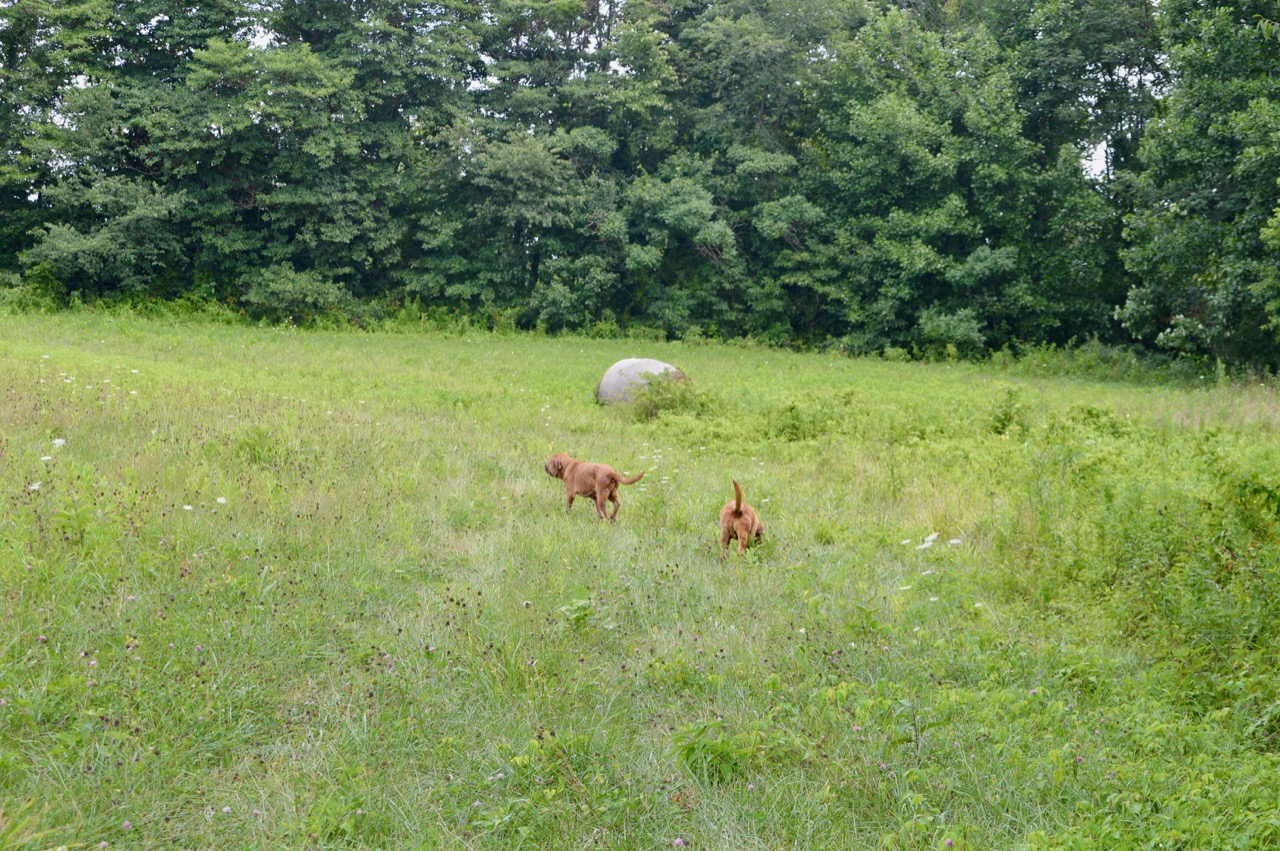 I didn't yell or scream at them. I was happy to find them without too much trouble. All three of us walked back to the house the same way Sadie and I had come. I had not even finished making coffee and both hounds were passed out on the floor in a deep sleep. All was good in the world of bloodhounds, as they evidently had a fun time. 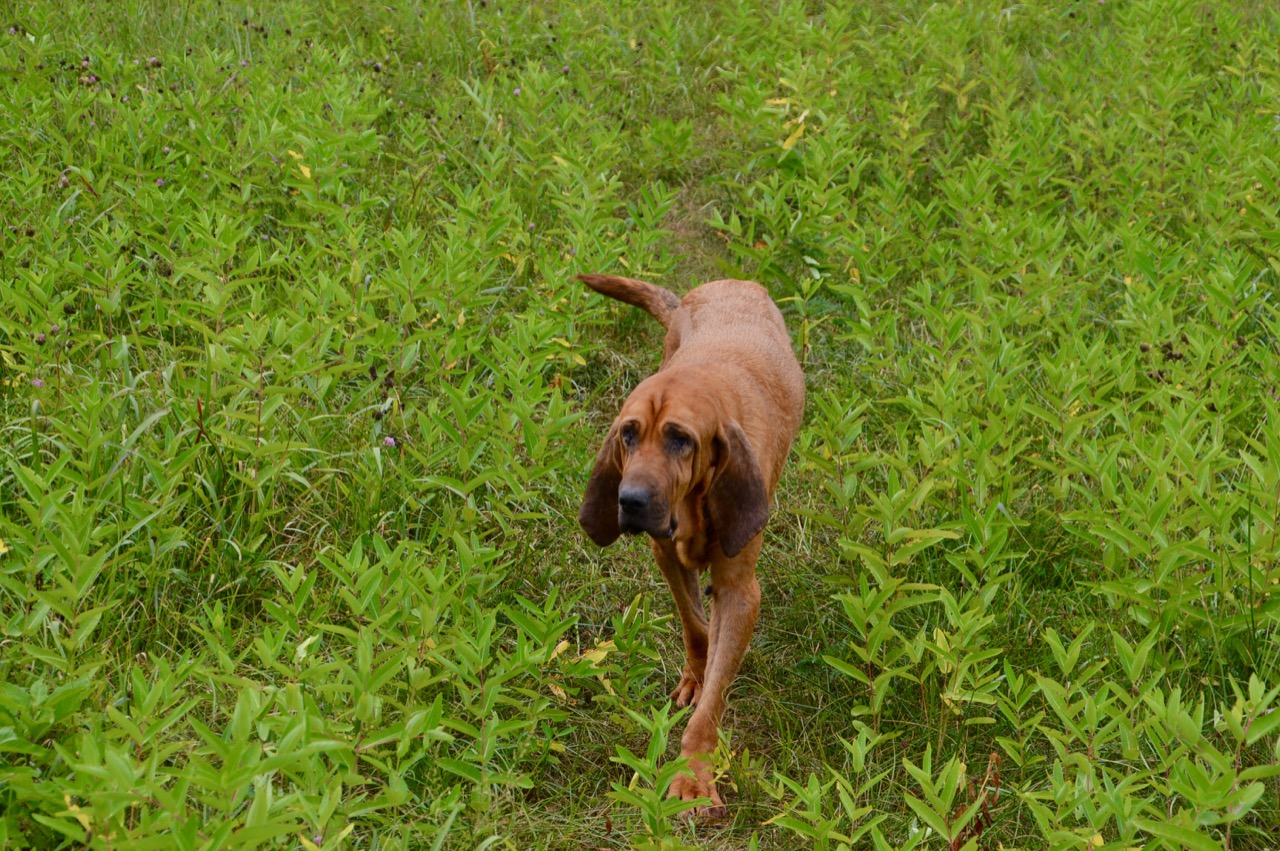 Looking at past blog posts I see that I do this weird sleep pattern in July for some reason. 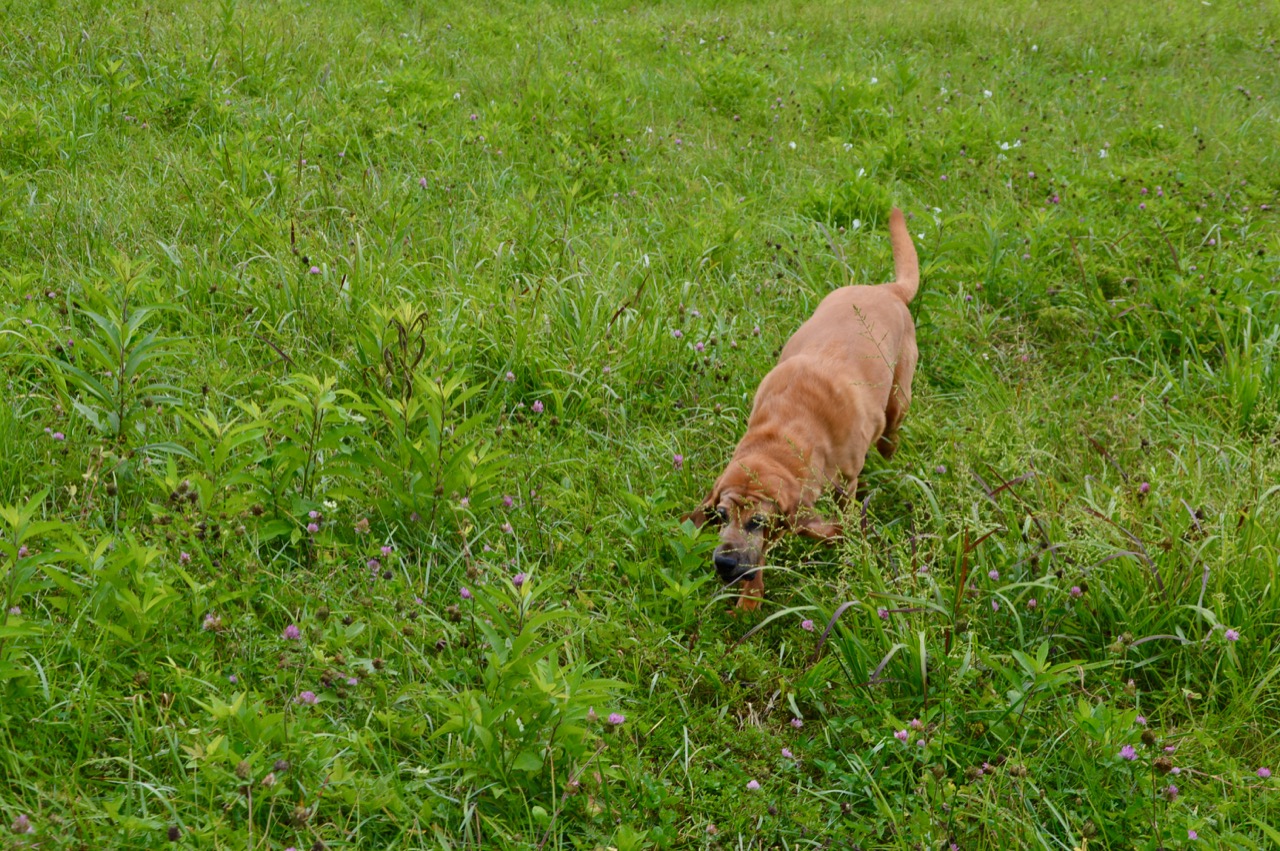 We had some severe weather to the south of us this weekend. Heavy rains 200 miles north of us in Chicago but nothing here. I am not even sure the rain we got on Sunday was even measurable. So I will be watering the Azaleas and the other plants I started in July 2017 later this afternoon. They are surviving the hot summer after a colder than normal winter. I do miss the deep green Japanese Yews that I had pulled out last summer but at the same time I like the open space in front of the house. Plus it's a relief to know that the root system of the Yews are not damaging my septic system. 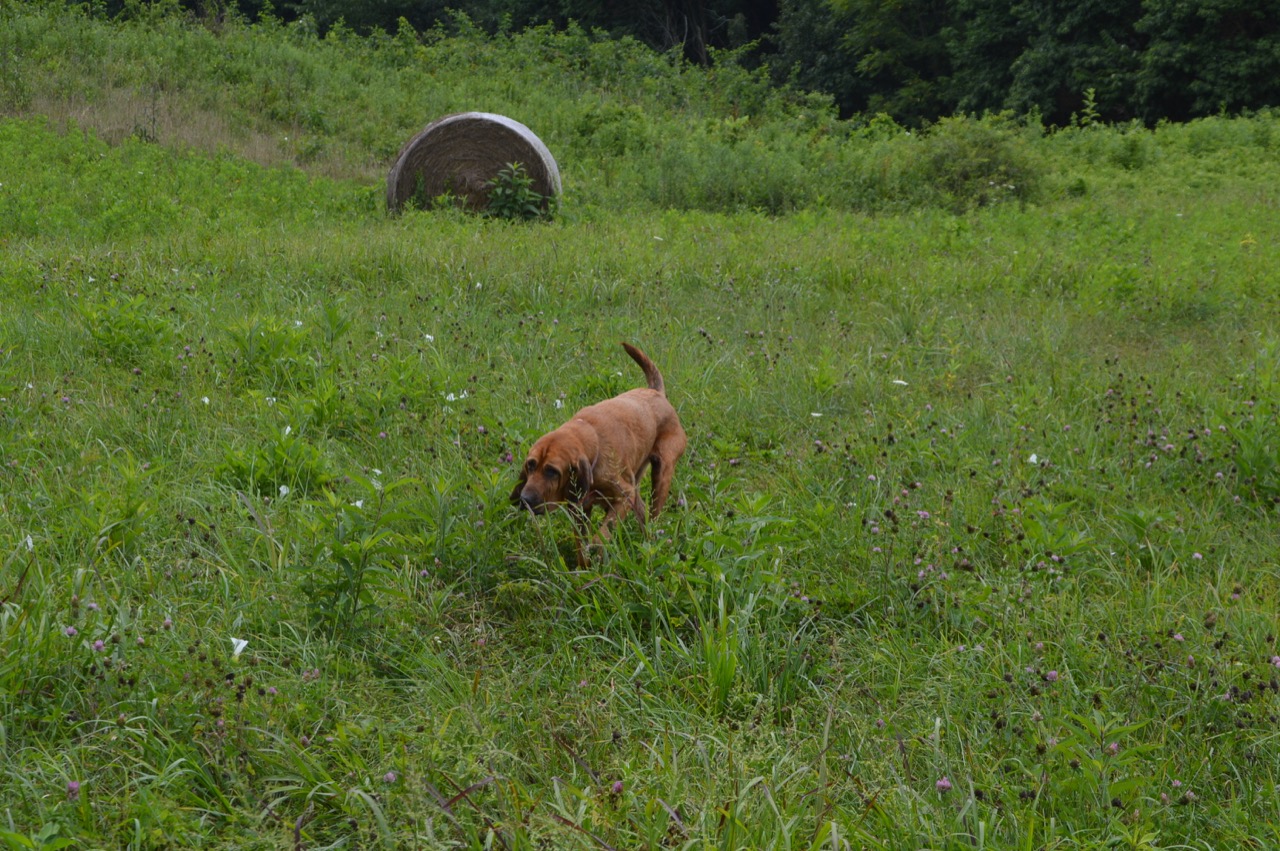 For you Apple users ... I think you will really like the changes in the new OS that will be released to the public this September for computers, tablets and phones. In the past I have volunteered for all the beta releases and this current macOS Mojave is the most stable beta system I have used. I enjoy both 'light' and 'dark' settings. Since I am always changing my mind about things and need different options, I alternate between them. Each choice has hit's pros and cons, like anything else.

It might be just me so I checked out what the 'geeks' were saying on the MacRumors forum about this new OS .. I am finding their browser Safari running much smoother, faster and automatically blocks all the ads and automatic videos without using any 3rd party apps that do that type of blocking. I can also see small changes from different versions, so they are listening to the feedback given to them by the beta users. 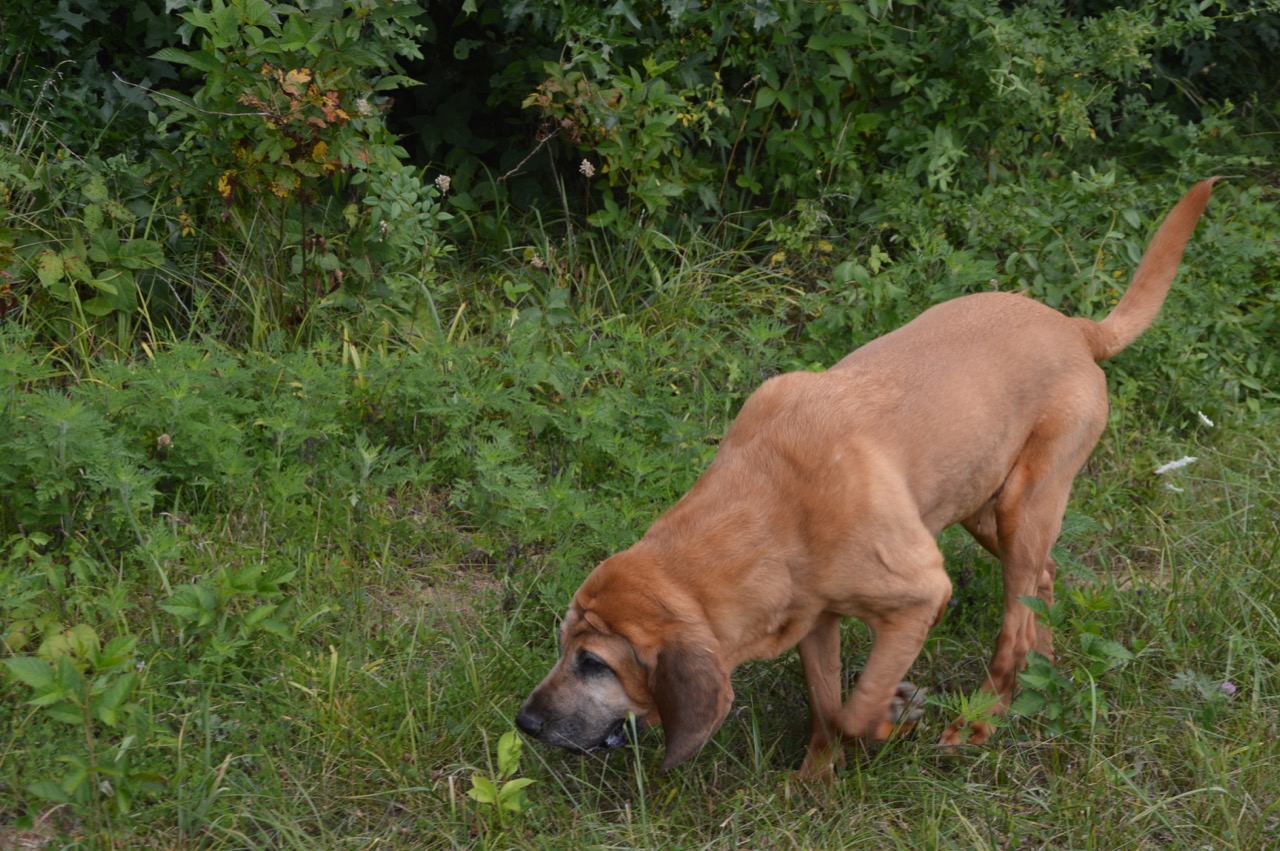 Blog readers that are sports fans will understand this next part. Some times whether it be football or basketball, some teams that are playing out of their minds hate seeing halftime of the game. At times it takes away their momentum and their leads are lost. It happens enough over the years that it's a common belief among fans, not so much teams. The same thing can happen in MLB and it has to my Cincinnati Reds.

The All-Star break gave them 3 days off, unless you were an All-Star and you played in the game on Tuesday. Before that break (like a halftime) the Reds had the best record in all of MLB in the last 31 games with a 21-10 record ... losing the game right before their break. 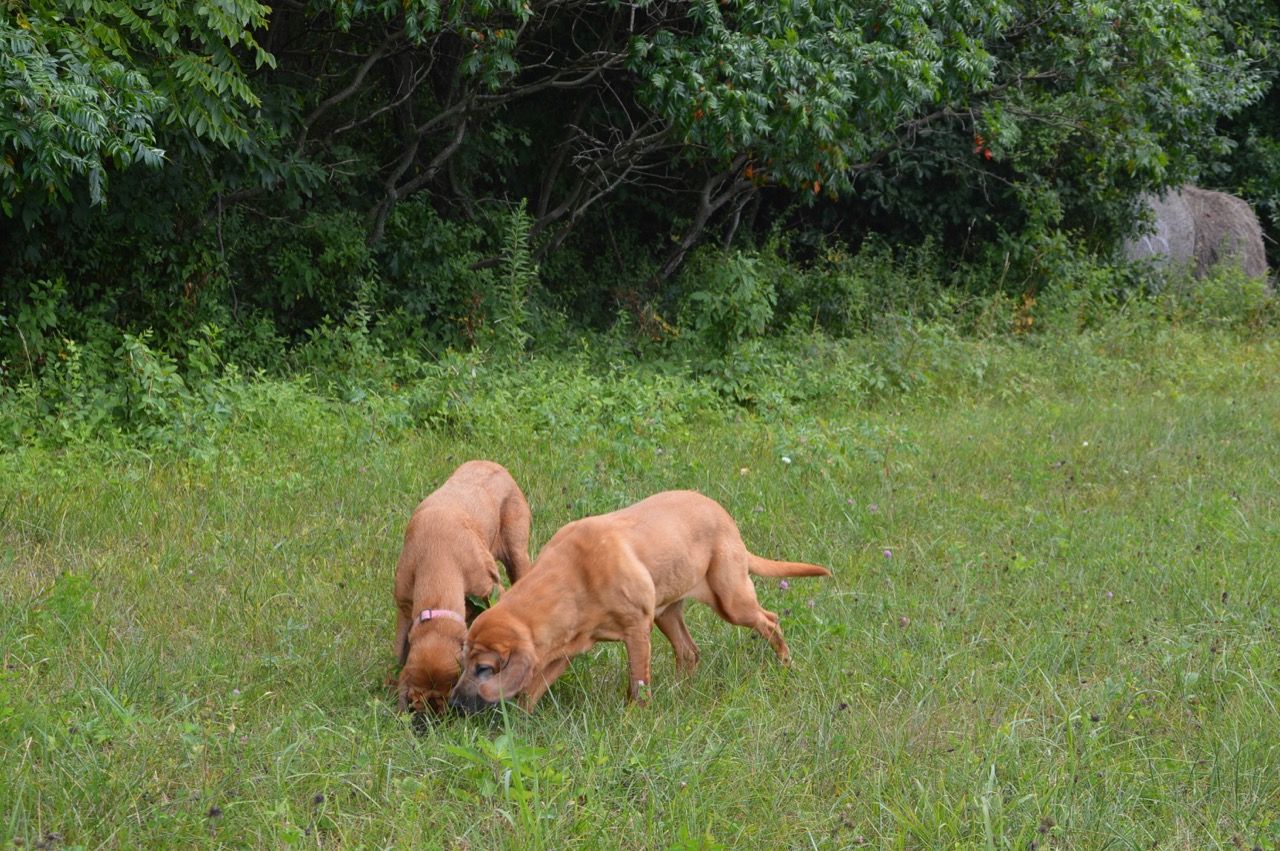 Since that 'All-Star Break' they have lost all three of their games at home. Fans on Twitter are going crazy with some of them wondering if this team will start again 3-18 like they did to start the season. Basically the bats have cooled off, the starting pitching is terrible again and most players are moving in directions where their stats will match what you see on the back of their baseball cards ... their career averages.

You have to wonder why the MLB commissioner wants to expand MLB to at least two if not four new cities in the near future (it's money of course) ... how they have enough quality pitching to fill those 10 man pitching staffs for those possible new teams, even if it were only two new teams. 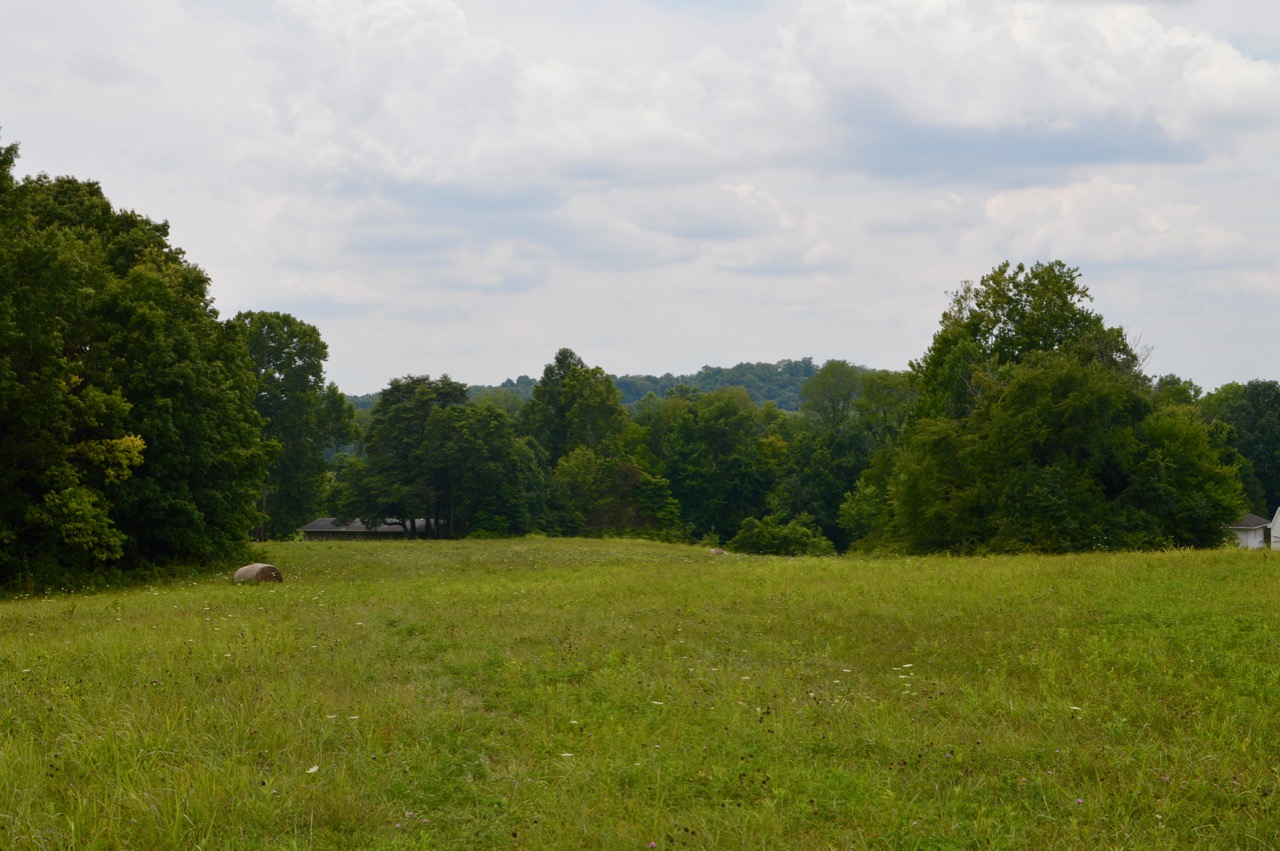 I say that because current teams do not have enough quality starting pitchers or even relief pitchers to fill their staff on a team. Every day you hear that contending teams are looking to make trades before the deadline July 31st FOR PITCHERS ... staring and relief pitchers. It will be interesting to see how all of this plays out ... but I predict we will see at least two new cities in the next few years with expansion teams, that will start their history by losing 100 games per season .... while all teams continue to look for pitchers. 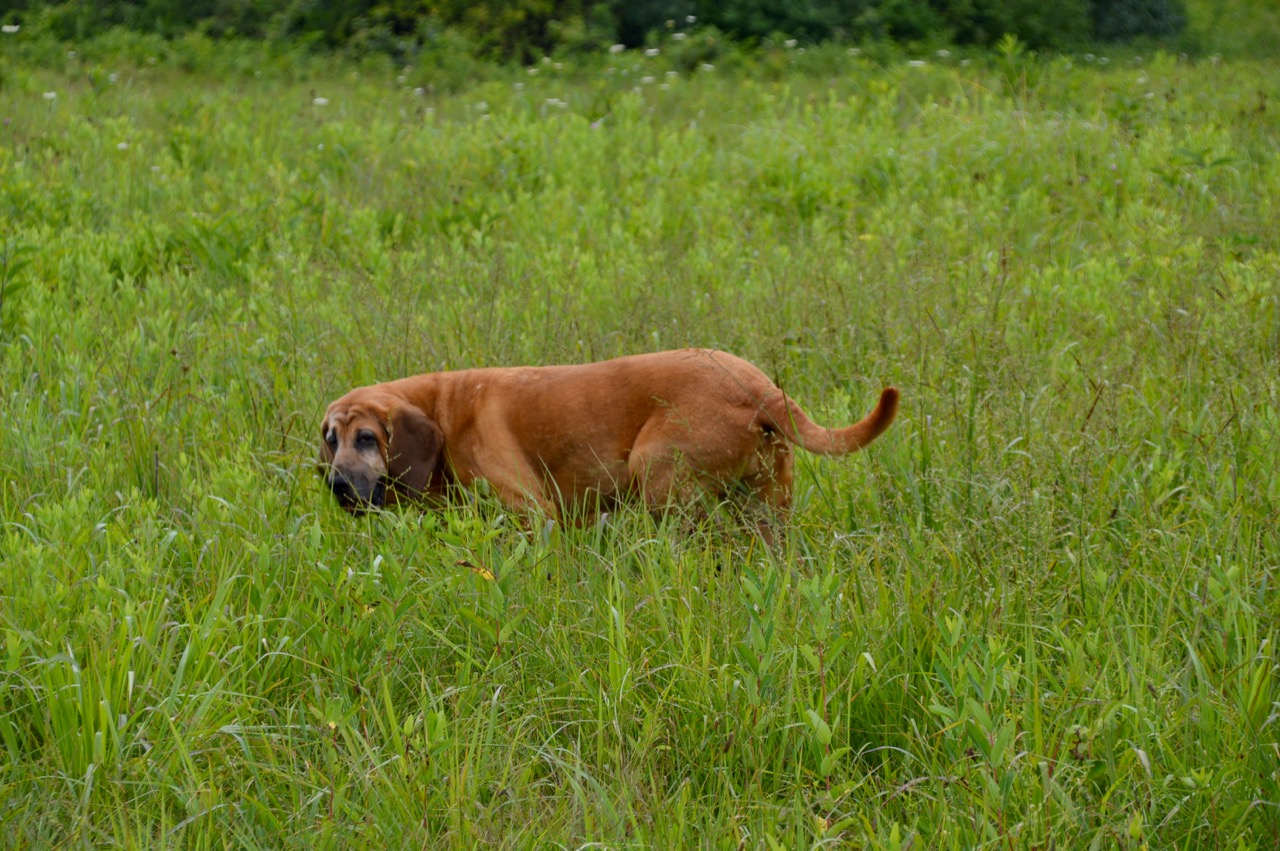 The outside temperatures are cool enough for the windows to be open and give the AC a break, yet with even low humidity in the 50% range and a low pollen count ... the house seems warm enough to keep the AC on.

I did ask Heidi if she wanted to go outside when we took off for our walk. The only response I got from the stretched out sleeping basset hound on the couch was ... she opened her eyes without moving, thumped her tail on the couch a couple of times and went back to sleep ... going outside or a walk was not an option in her mind. 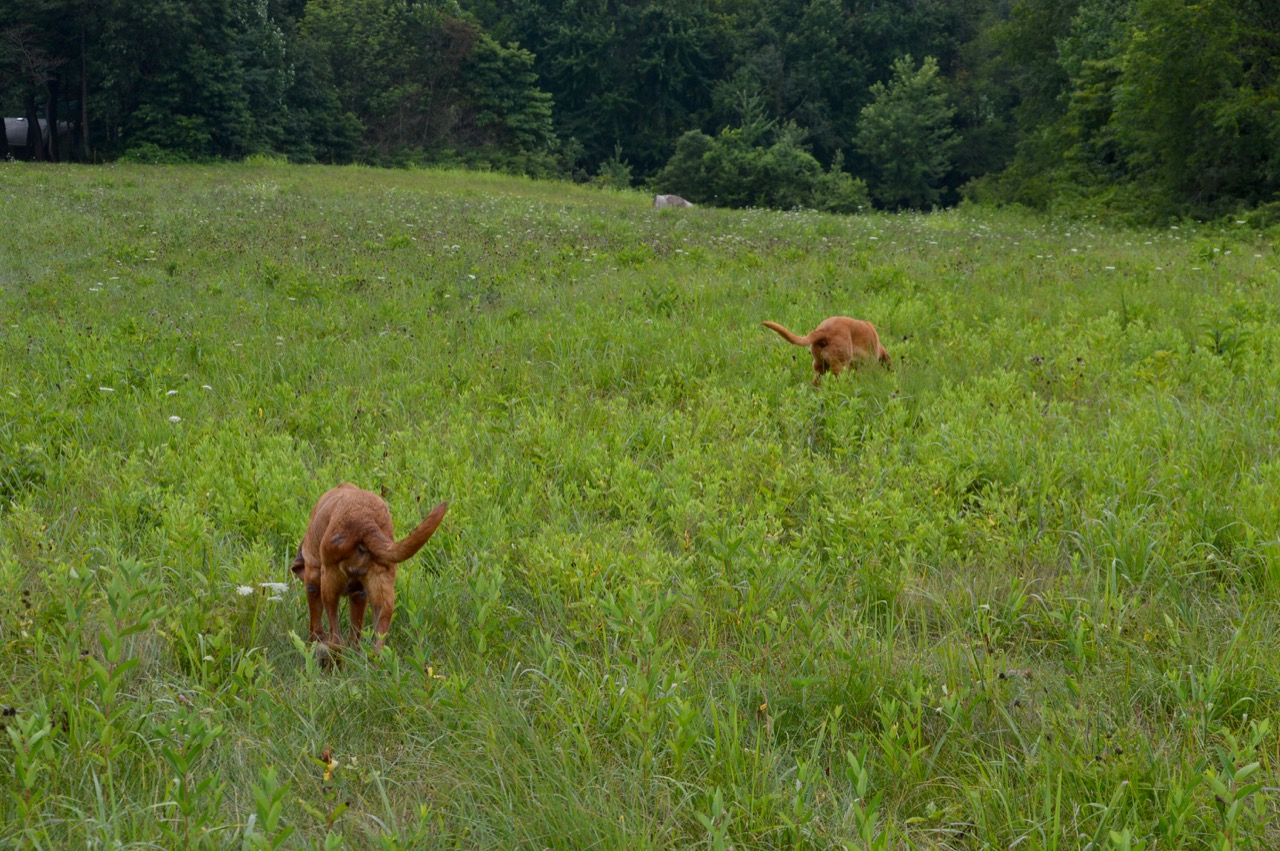 I might have to take the camera out later this afternoon to catch any butterfly traffic. I rarely see them in the morning walks. This afternoon's walk I saw only one black monarch and it flew away as I almost stepped on the flower it was feeding on. 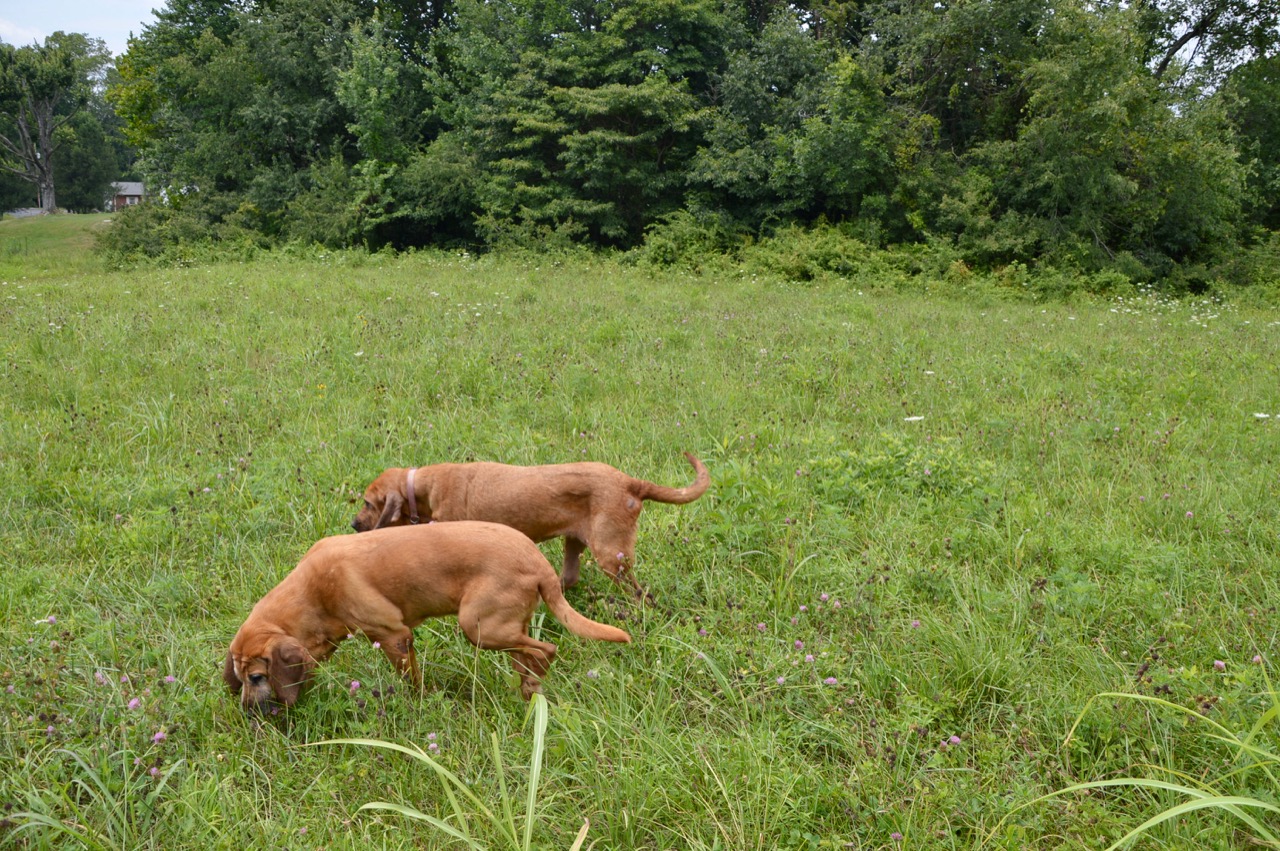 It will be a great time to wash the Z4 this afternoon or the next couple of days ... I just need a little motivation to get that done. 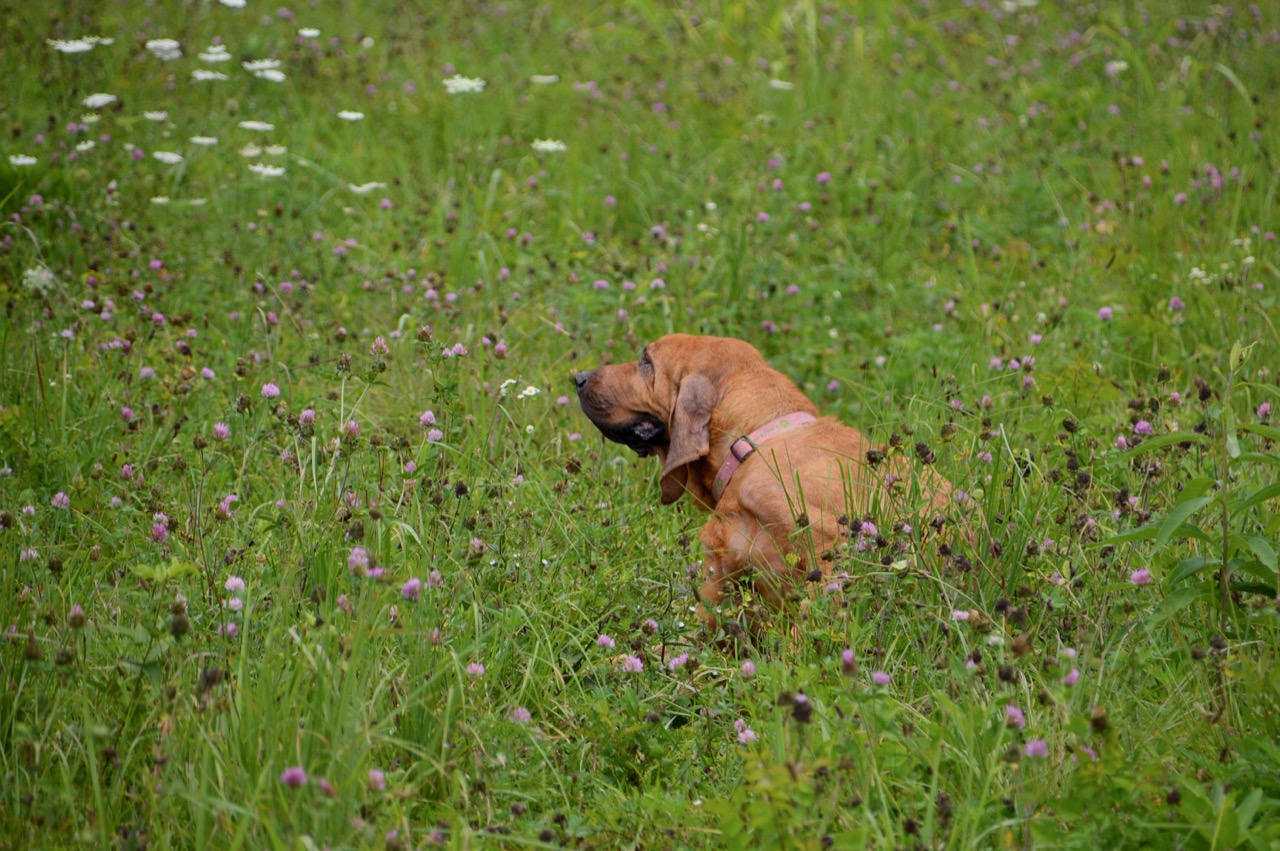 Allergies ... no fleas ... means a daily scratch for Stella somewhere on the walk. 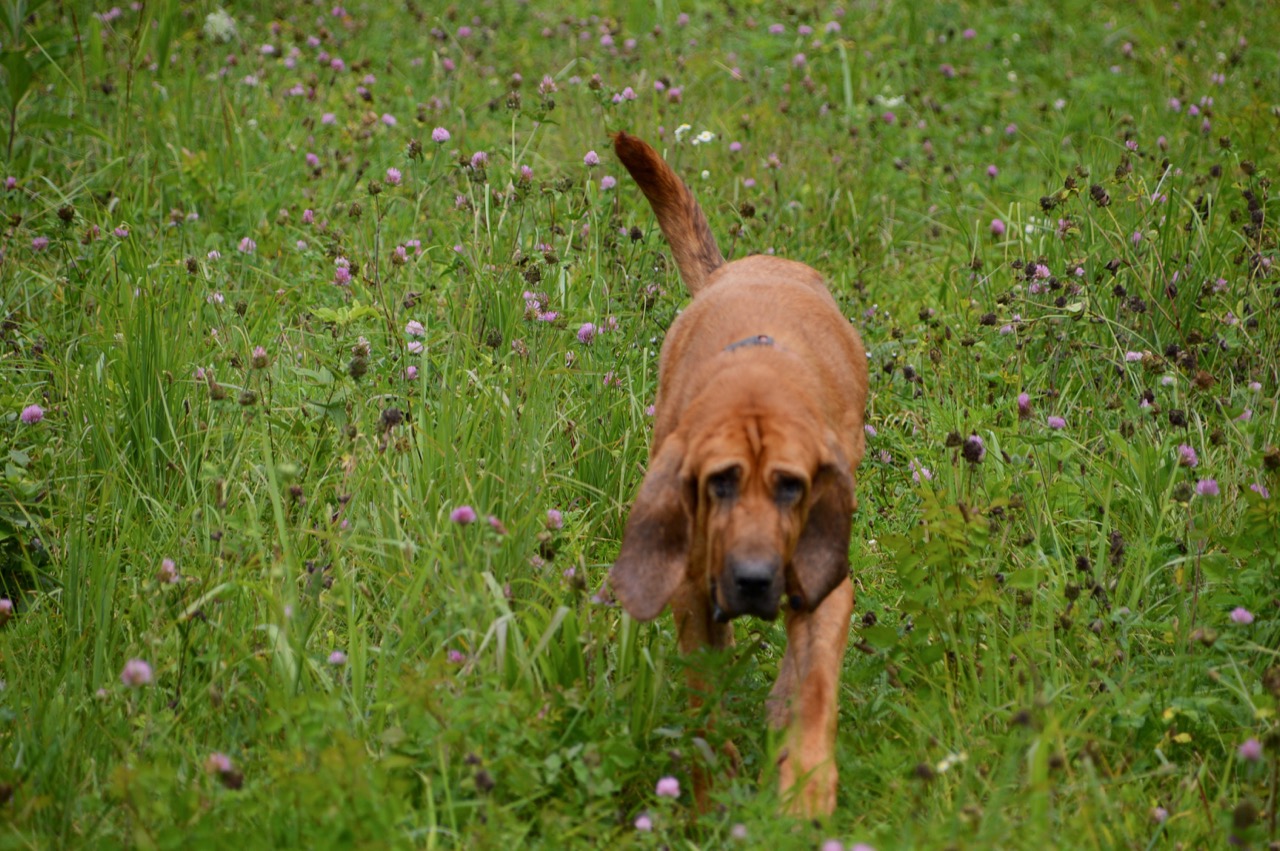 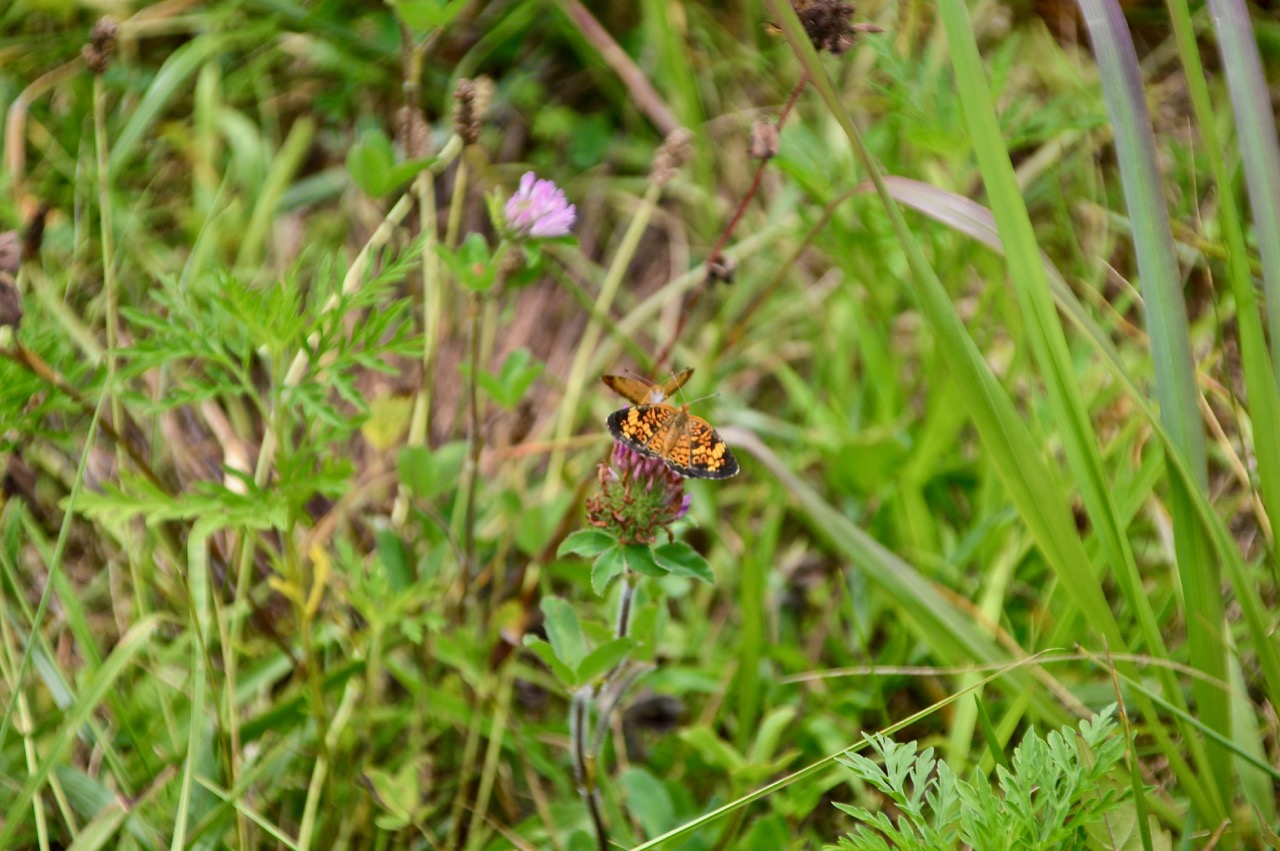 This was the only butterfly I was able to capture on the mid-afternoon walk. While I was editing the photo I noticed there were two of them not just the one I took a photo of. I look at every photo I download but I do not make editing changes to all of them. I leave a lot of them the way my camera captured the photo. 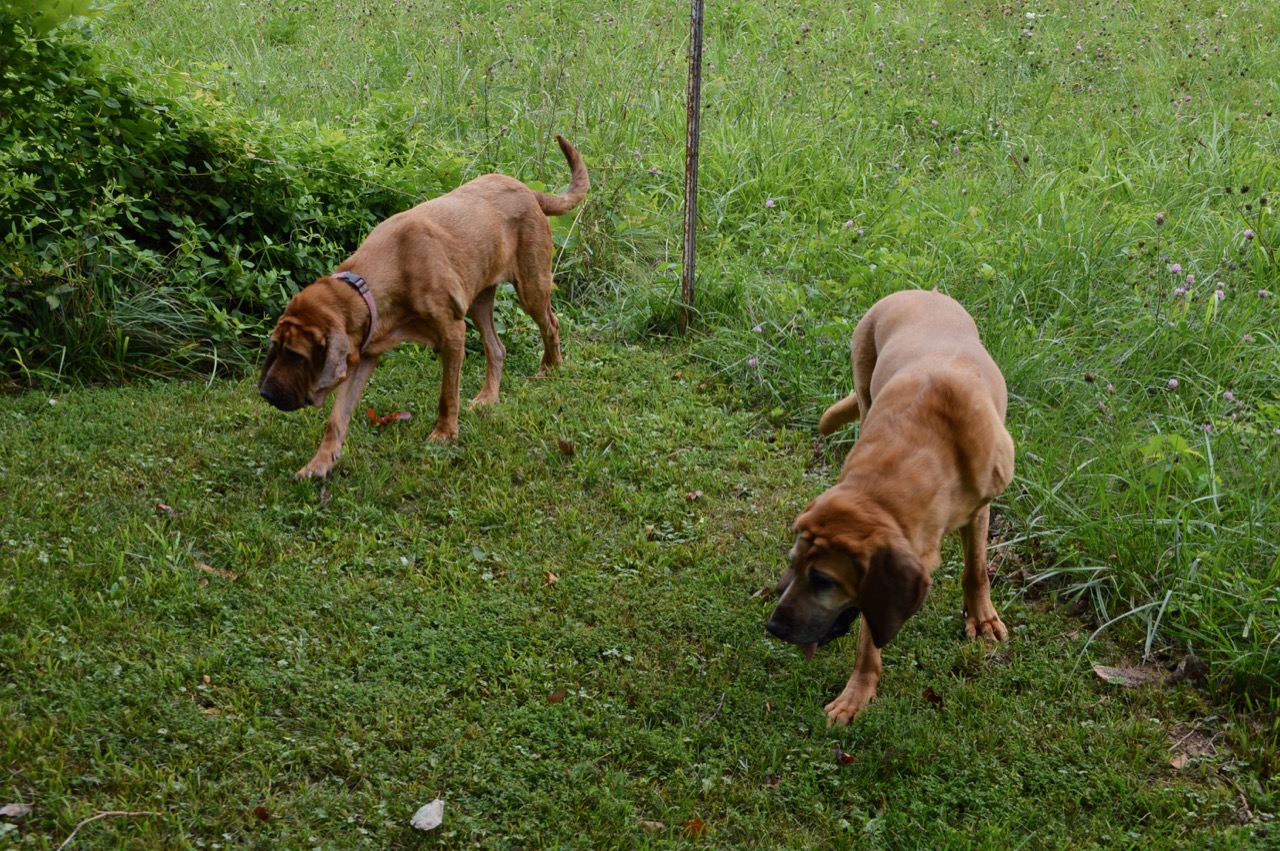 Another walk completed but you can bet your last dollar that around 6-6:30pm Sadie will let me know it's time for a walk. Stella is never too enthused about a 3rd walk of the day and may not attend.

It will be a couple of baseball games to watch tonight, nothing outside the normal routine. One advantage of the new 55" tv is when I split the screen with two channels, both games are on screens that are of course larger than what I had. It has taken some getting use to with the larger screen but overall I like the purchase I made. Feeding the sound from the tv through the stereo is the way to go as many of you already knew.

It's hard to believe that July is almost over.

A friend sent this article to me today about the water issues in SE Arizona. It is not just the normal news story you hear on tv about California's water problem but one of concern because it deals with the natural underground water sources in different areas of the USA. You can read the article here.