Bloodhounds Wait For Storms To Clear 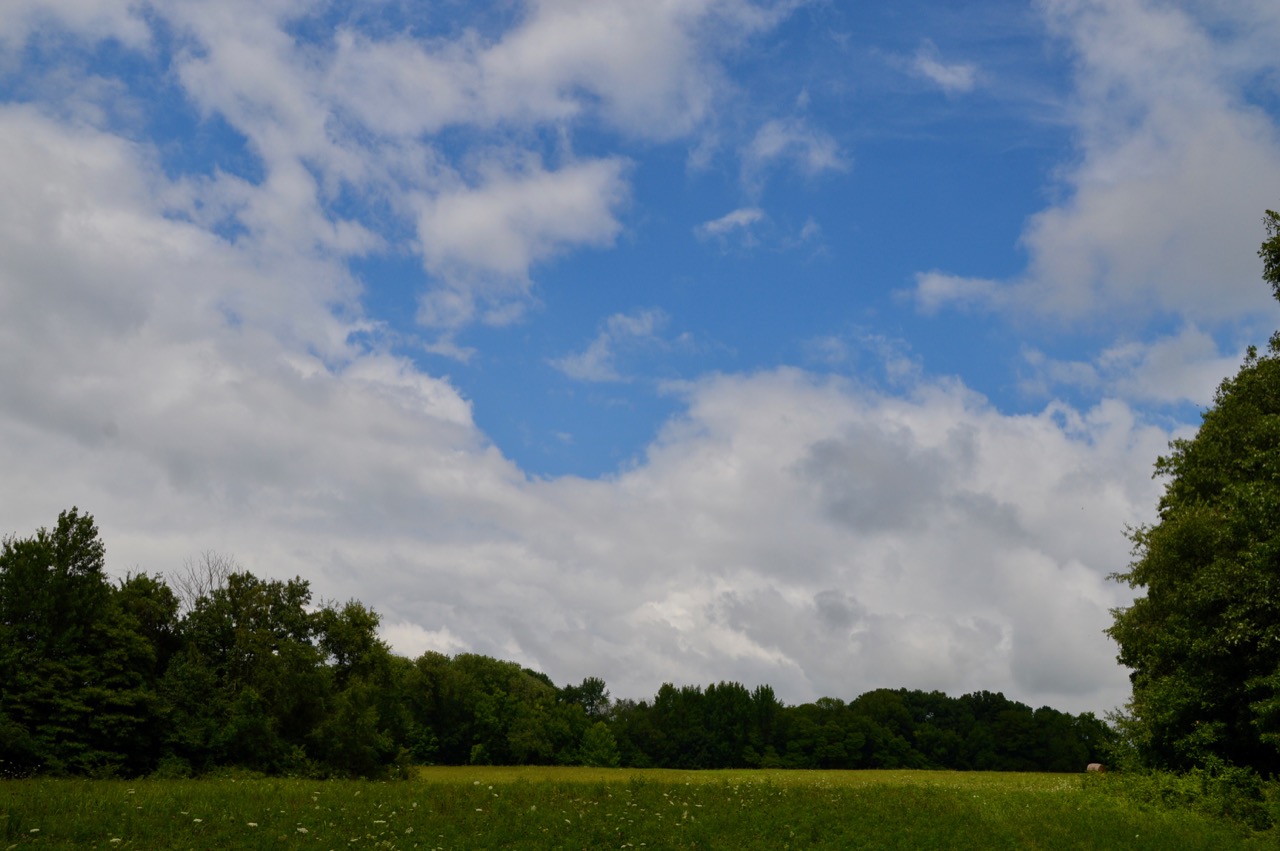 If you would have been walking with us and saw this blue sky a little after 3pm, you would have never believed how black the sky was and how hard it was raining this morning. There might be more rain tonight before we get back to weeks of sunshine and mid 80's. Needless to say Sadie was thrilled to get at least one walk in today ... Stella followed along for the ride. 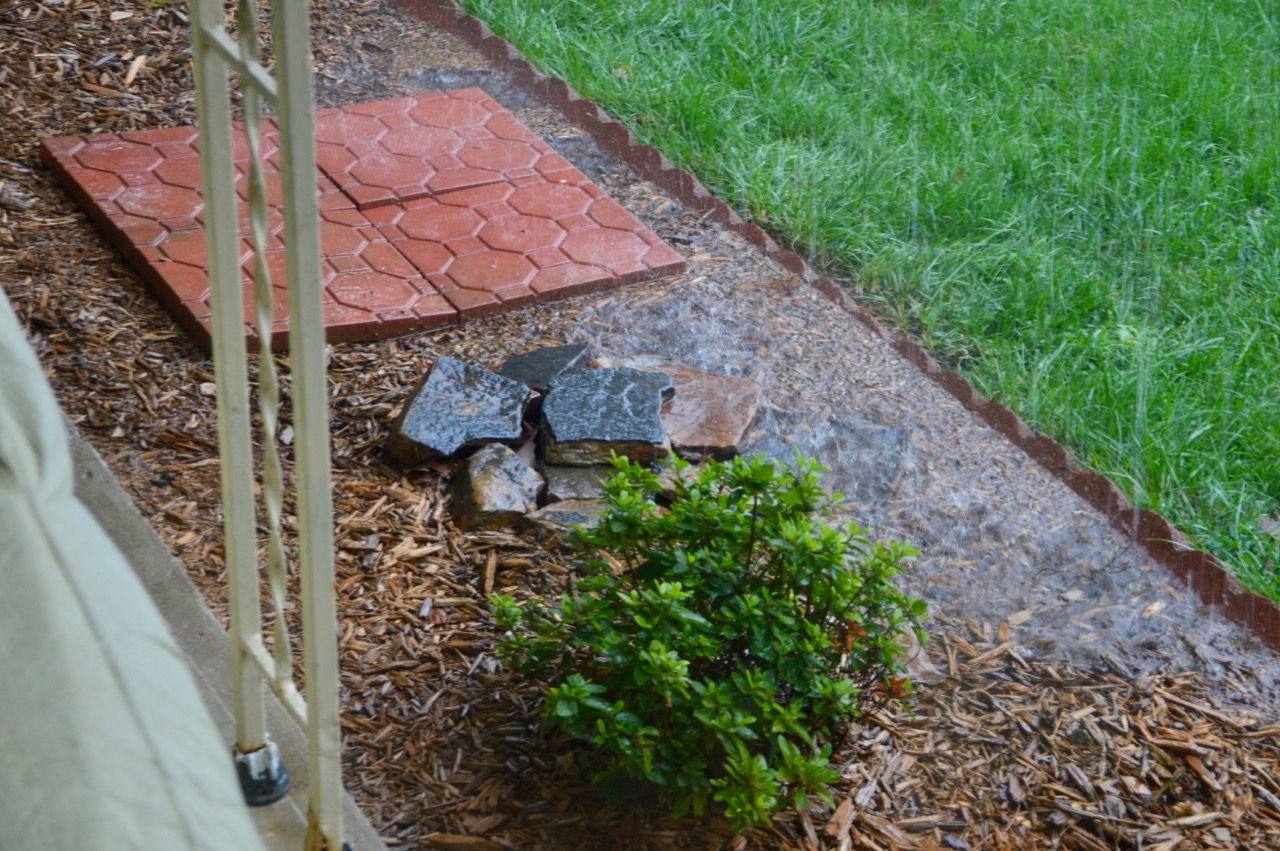 With the steady downpour knocking out my satellite tv and internet reception I carried my coffee cup to the kitchen table where I could look outside while it rained and get in some early games of Mahjong. The rain was coming straight down, something the satellite signal does not like, although wind and lightning will doesn't seem to bother it. 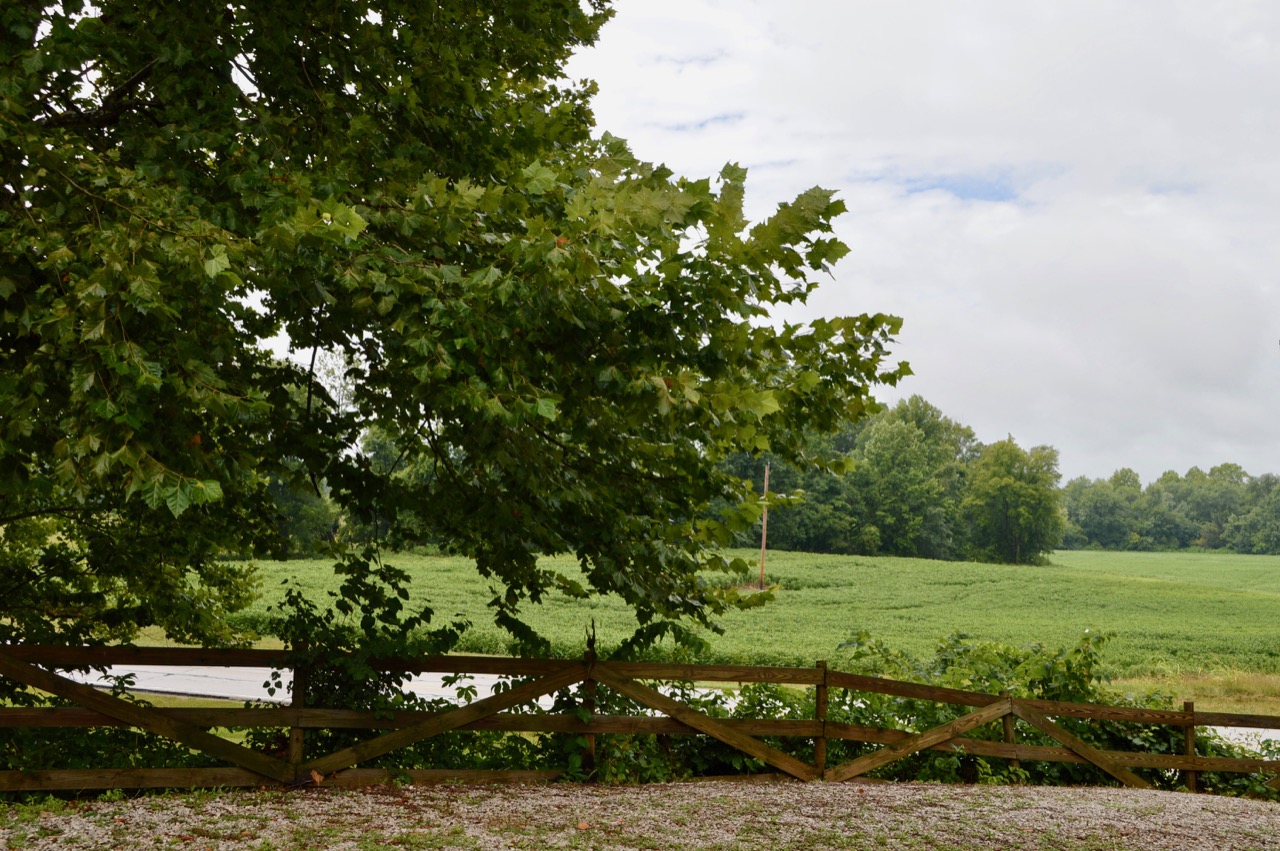 Even after lunch I saw a patch of blue sky but thought it must be my eyes deceiving me. Heidi confirmed she was not staying outside any longer than to relieve herself and back inside for her afternoon siesta. 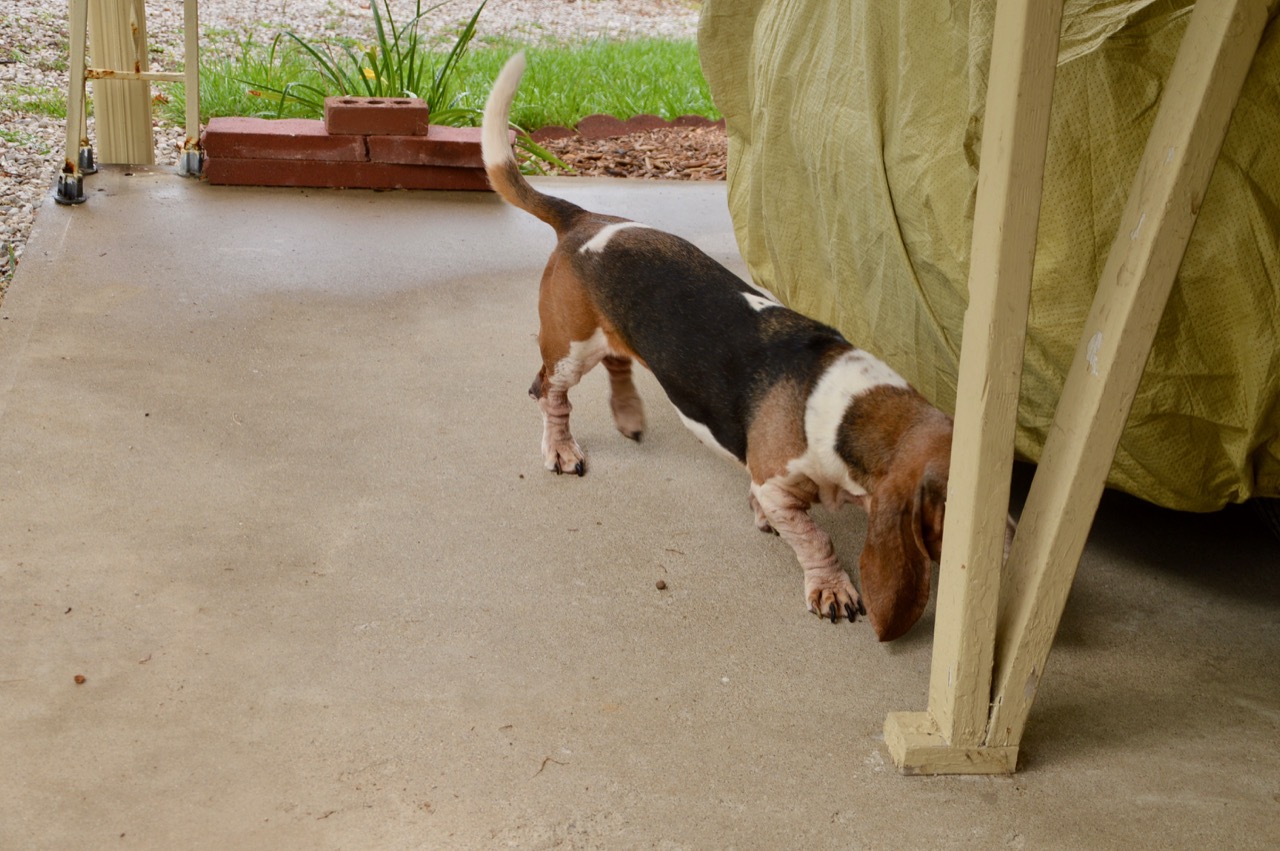 She was moving too fast for the camera. I had her lined up but by the time the camera focused her head was hidden out of view. 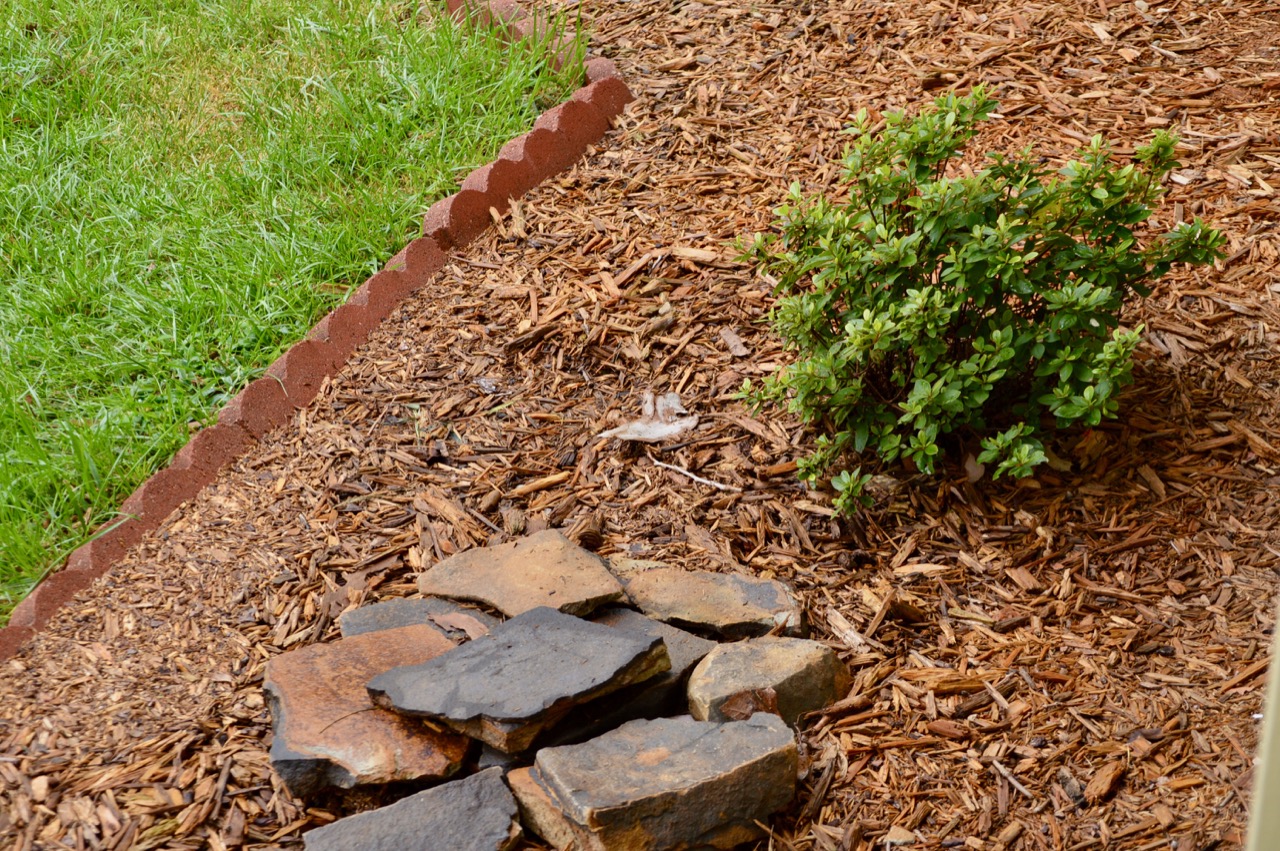 With the strong winds blowing heavy rain it looks like my plants may have been able to get some 'real' water ... pure rain. I hope so. 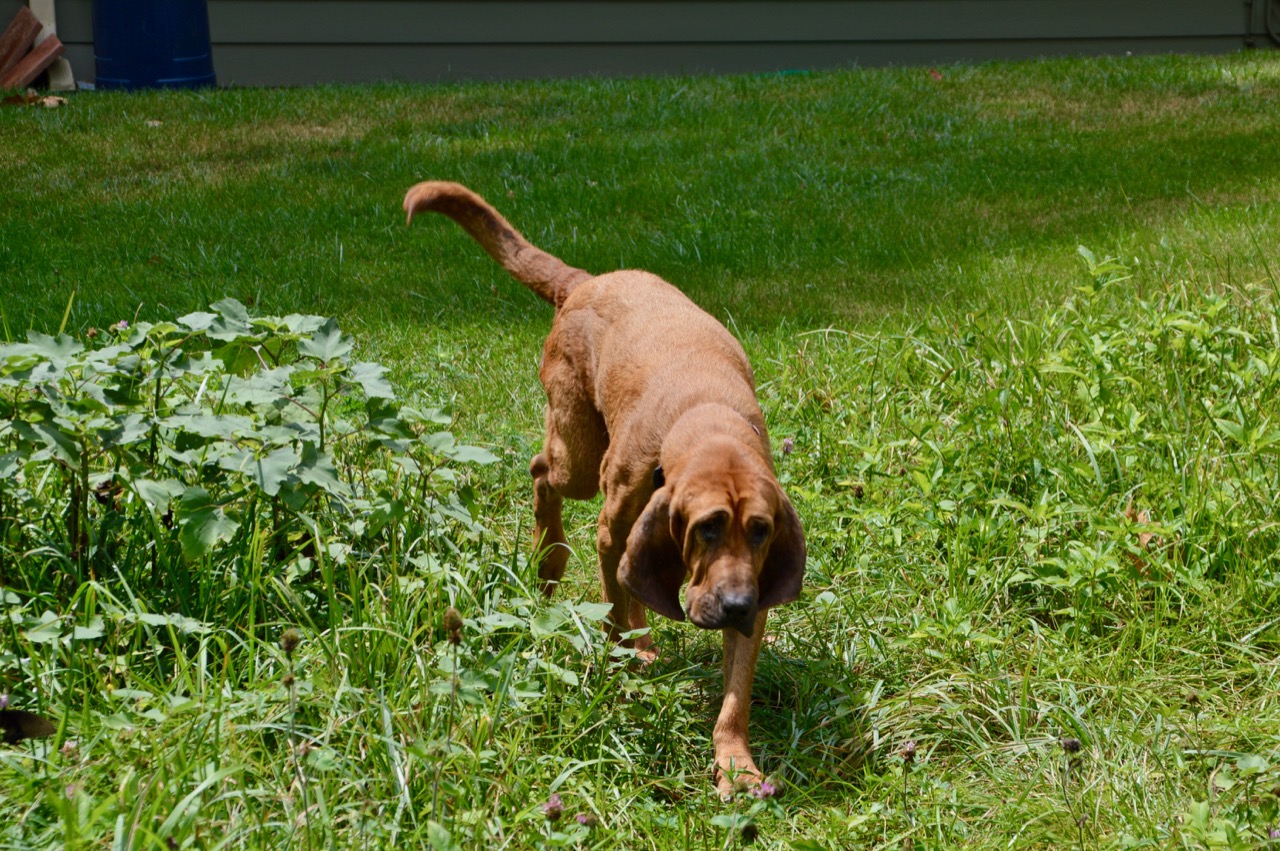 Don't let the picture fool you. First Stella was not going to walk because she thought it was still raining so she sat in the carport staring at me. When I convinced her it was sunny and we could walk, she creeped slowly around the corner of the house and headed due north as if I was going to let her go on her own walk ... that would end up at the neighbors. When I told her no, she turned and headed our direction stepping directly onto the path. 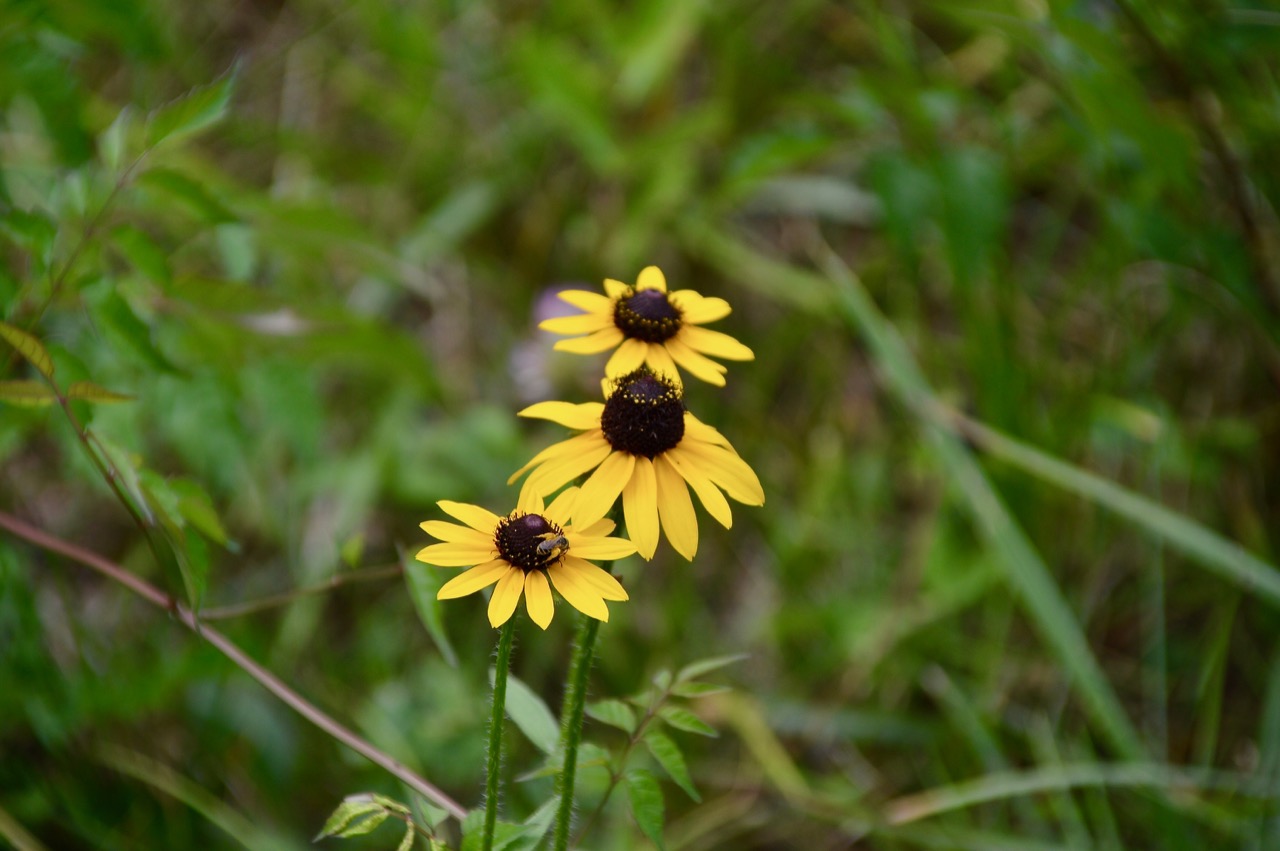 All the wild flowers, plants and even the yard look better after lots of needed rain. 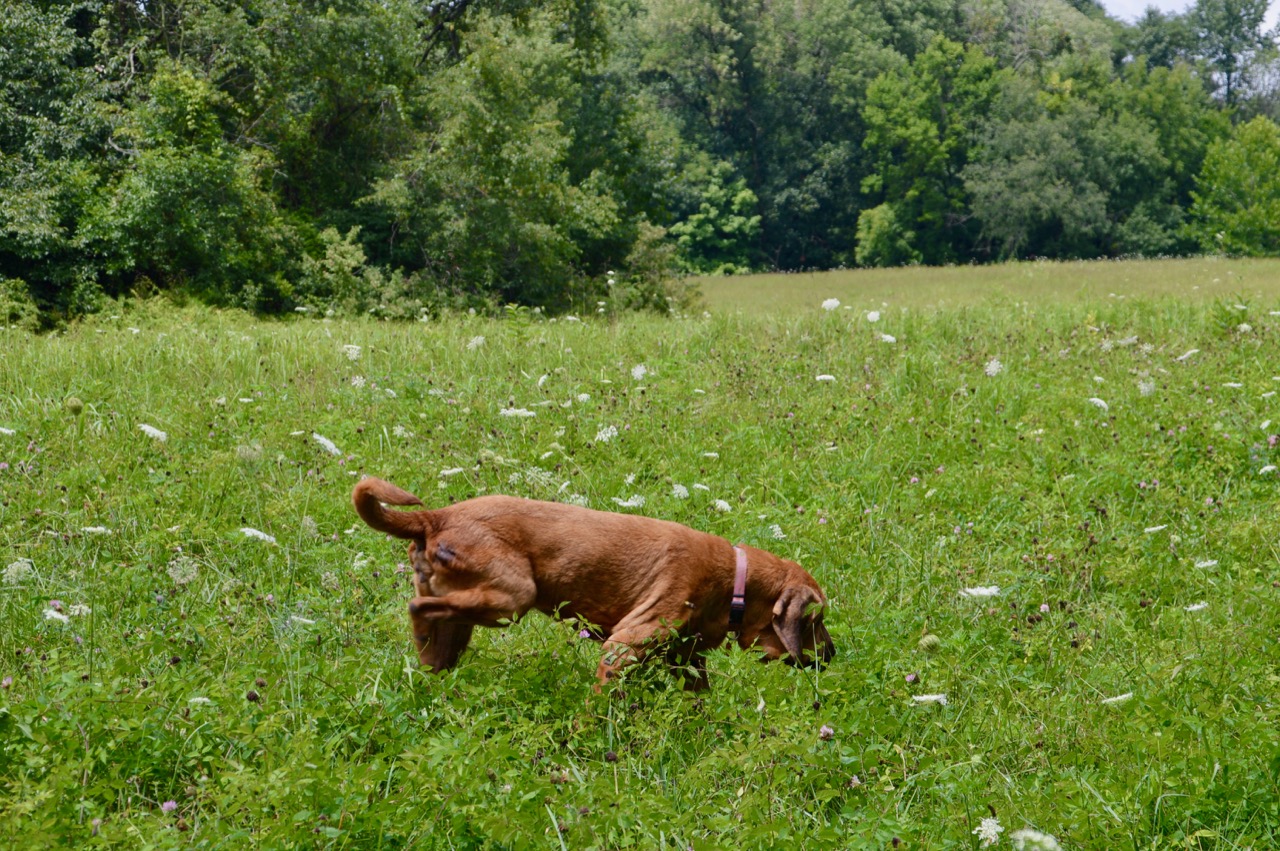 Once she was in the field all was okay with her as she moved toward Sadie who was not quite at the first turn. 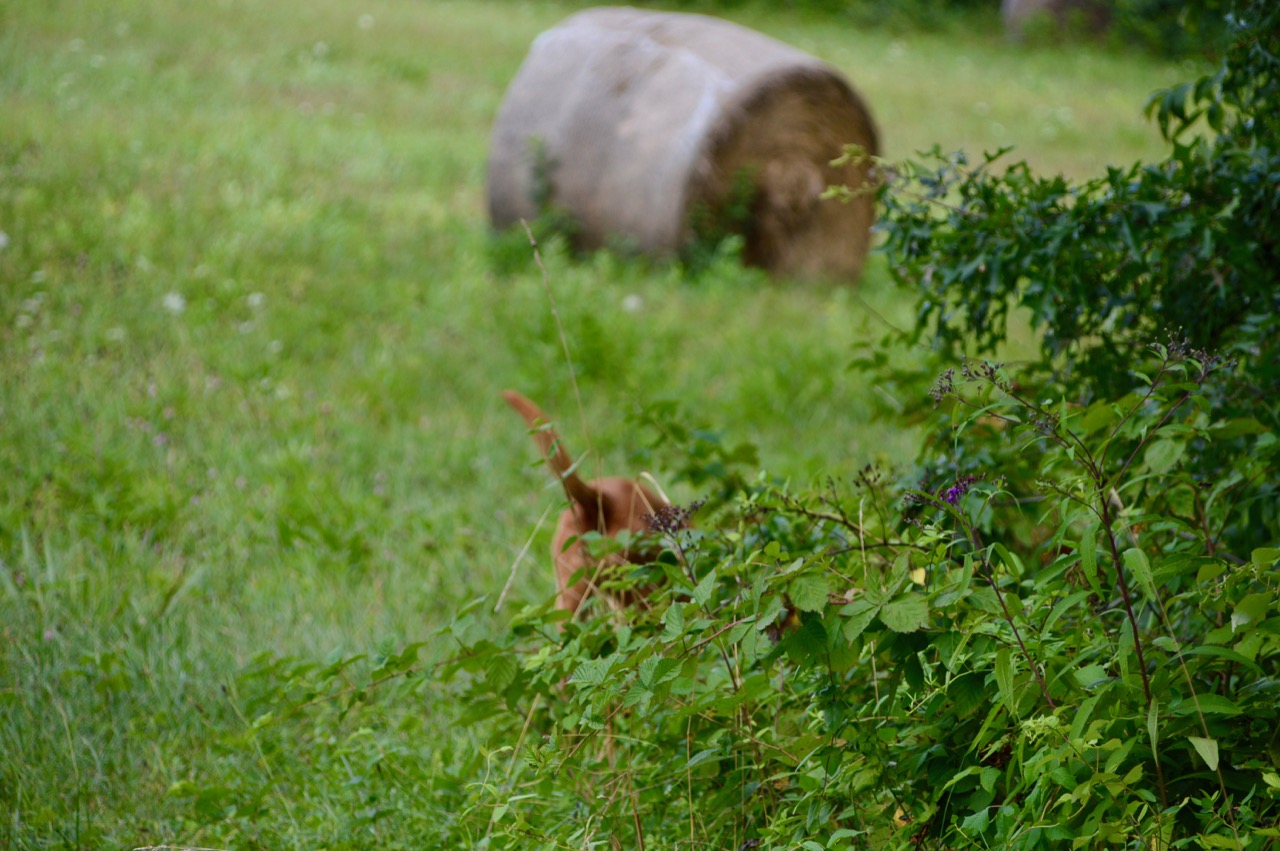 Sadie was on her own schedule though and was waiting for no one. Fresh scents to smell and identify. 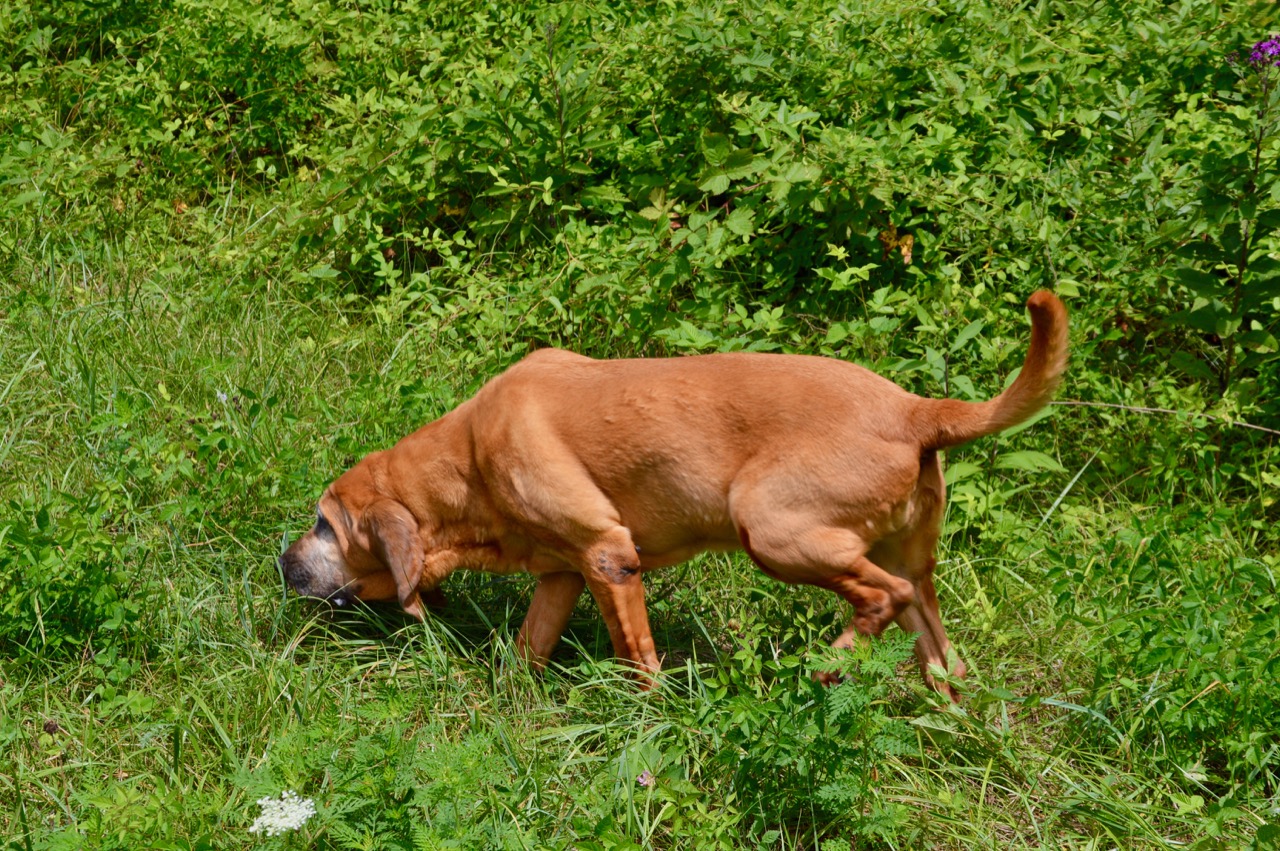 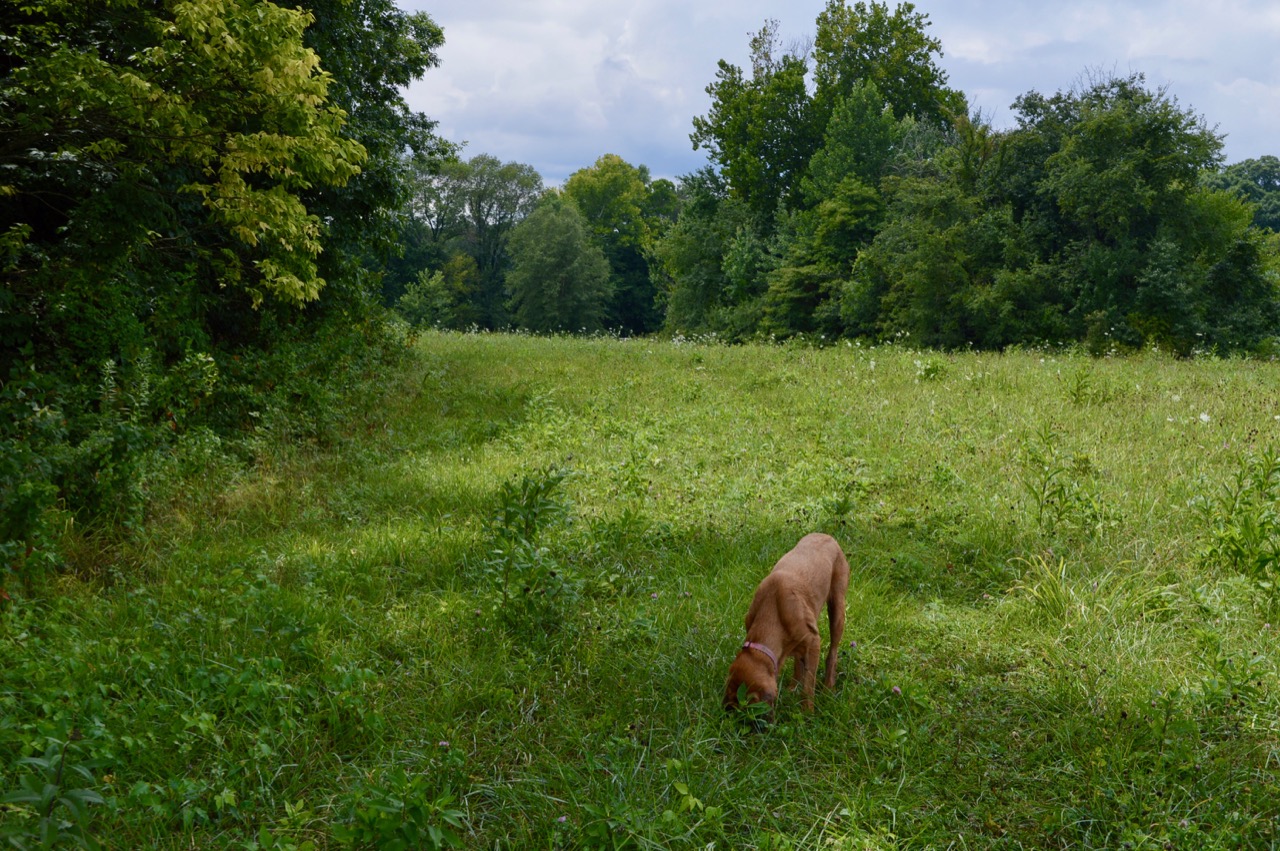 Stella wasn't here long before I touched her collar. She took off walking about the time I slid my finger under the collar. 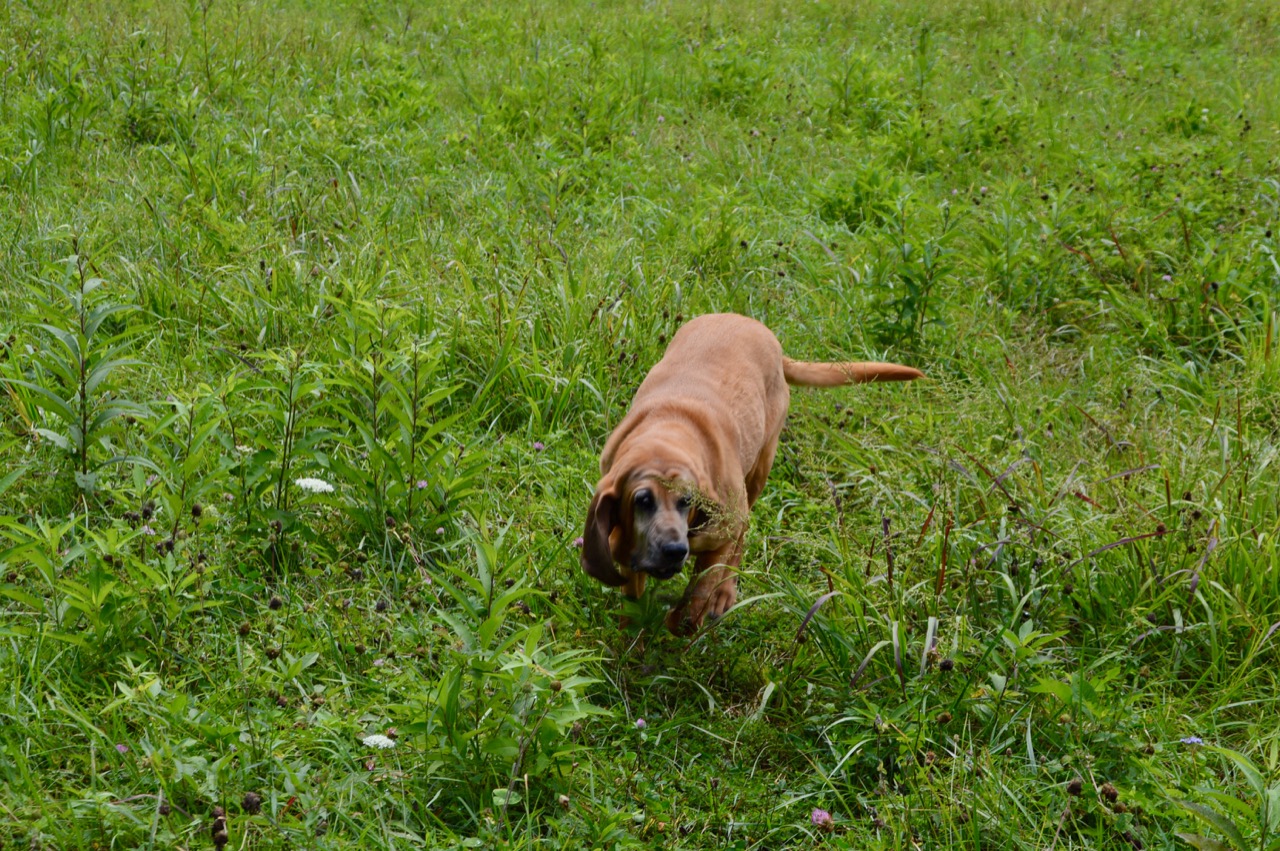 While Sadie got her daily running in .... 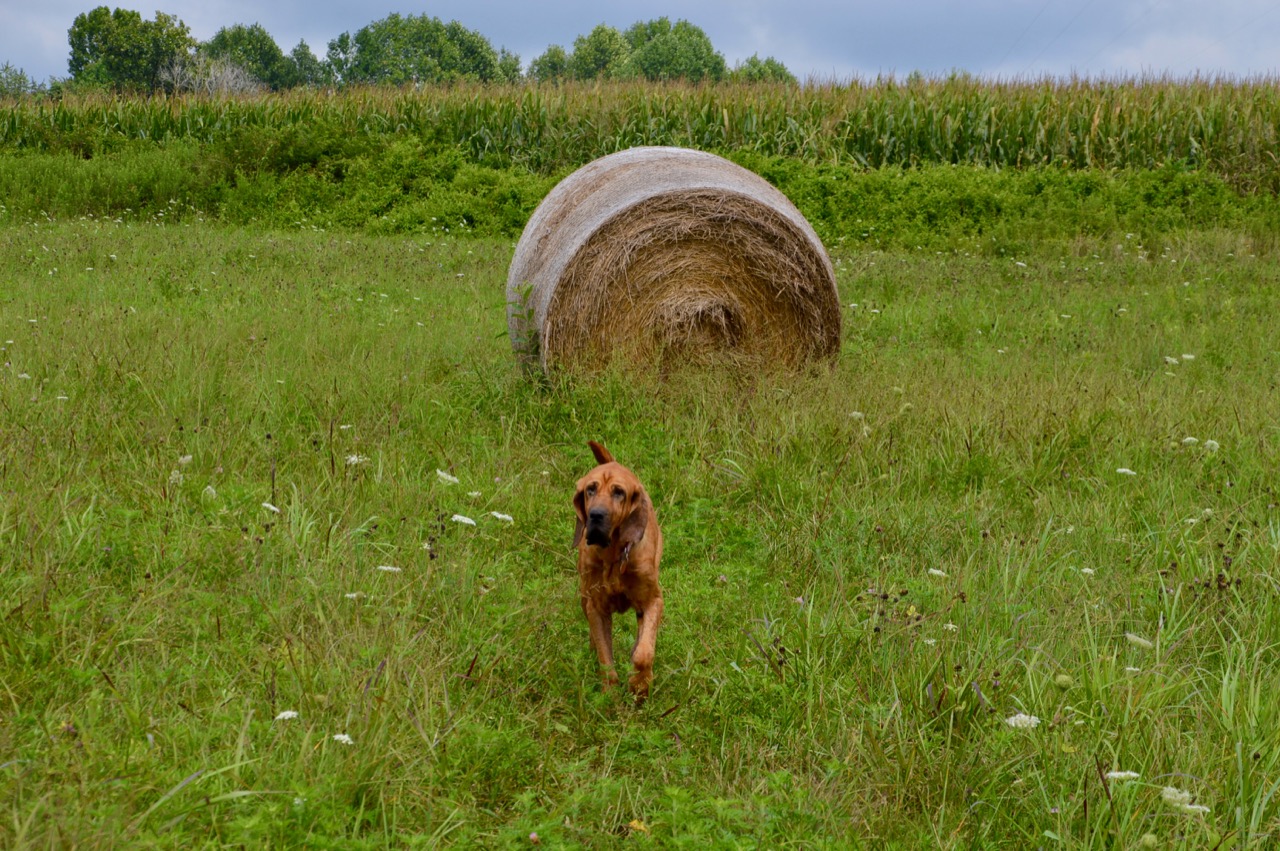 Stella strolled at her normal slower than slow pace. 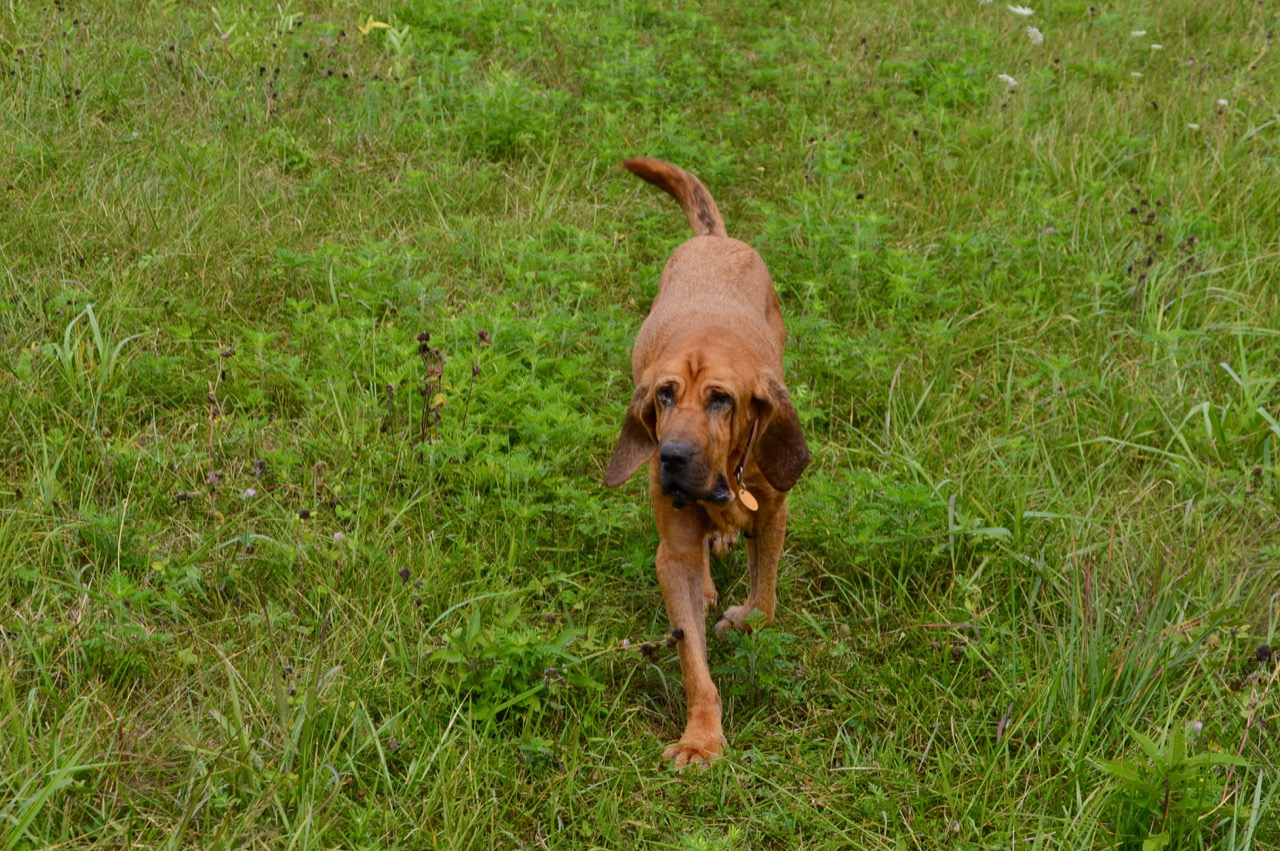 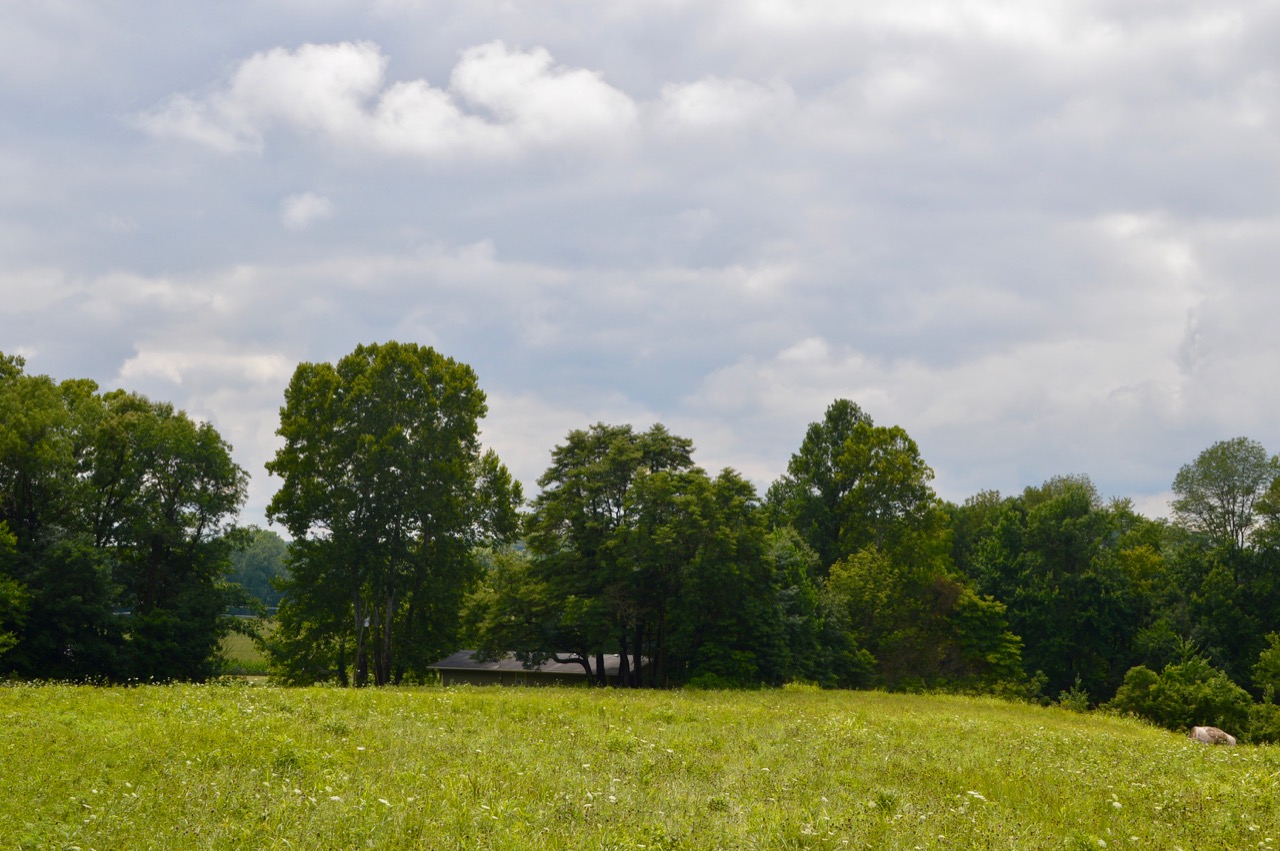 More rain coming from the southwest. 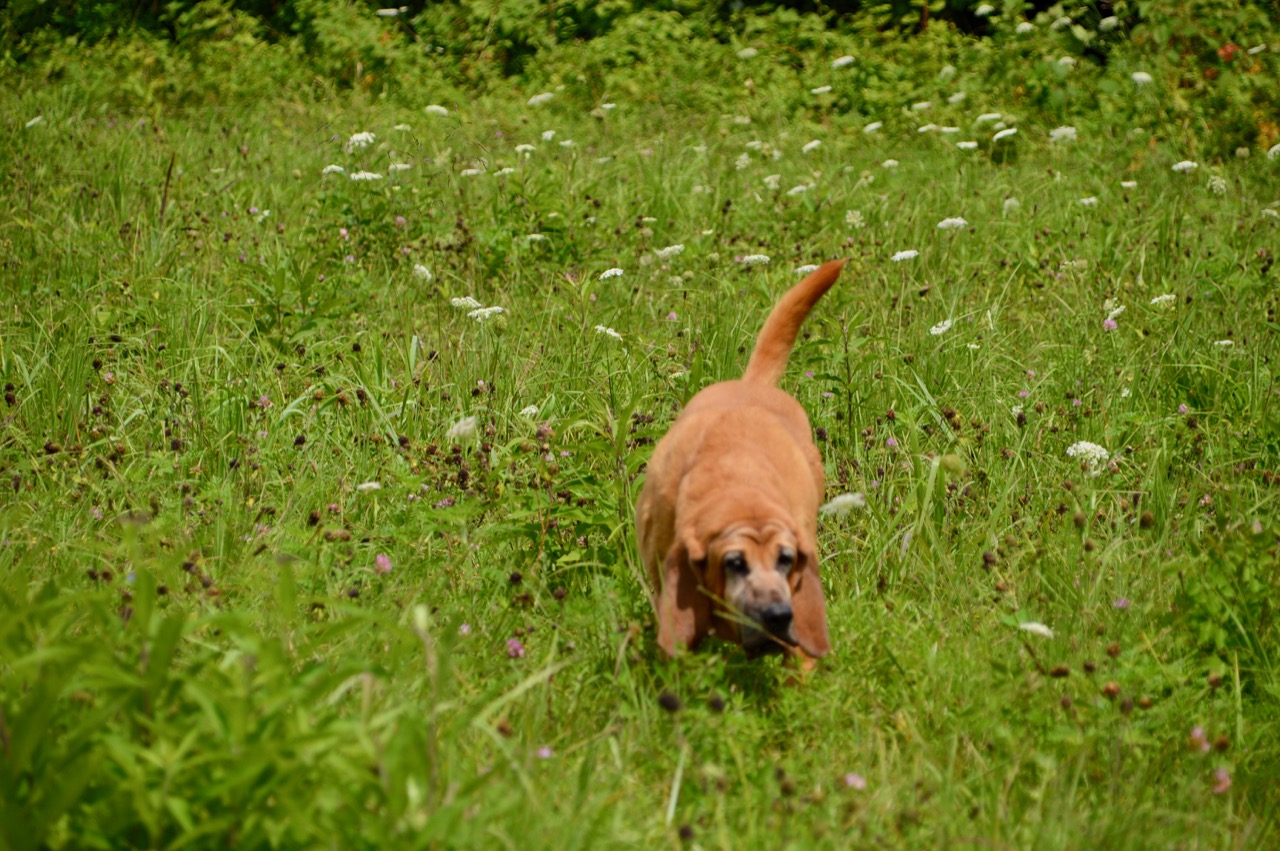 Sadie and I were ready to get back home. She wanted water I wanted food. Plus I've been watching the MLB Trading today ... deadline was at 4pm EST. Lots of movement of players today. 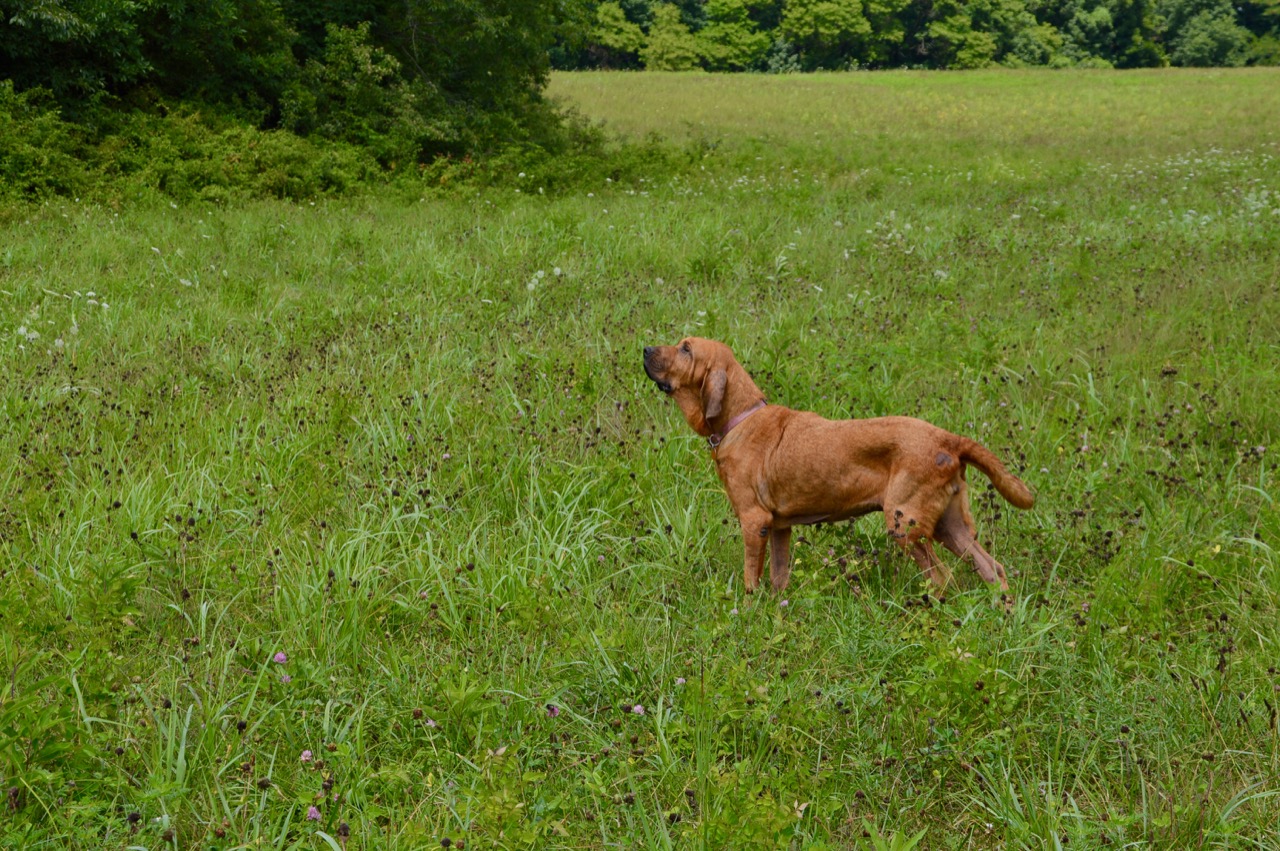 Again Stella wanted to checkout the direction of the neighbor's backyard. What is it she smells? Food cooking, the wild field cat, or does she hear people talking inside the house? 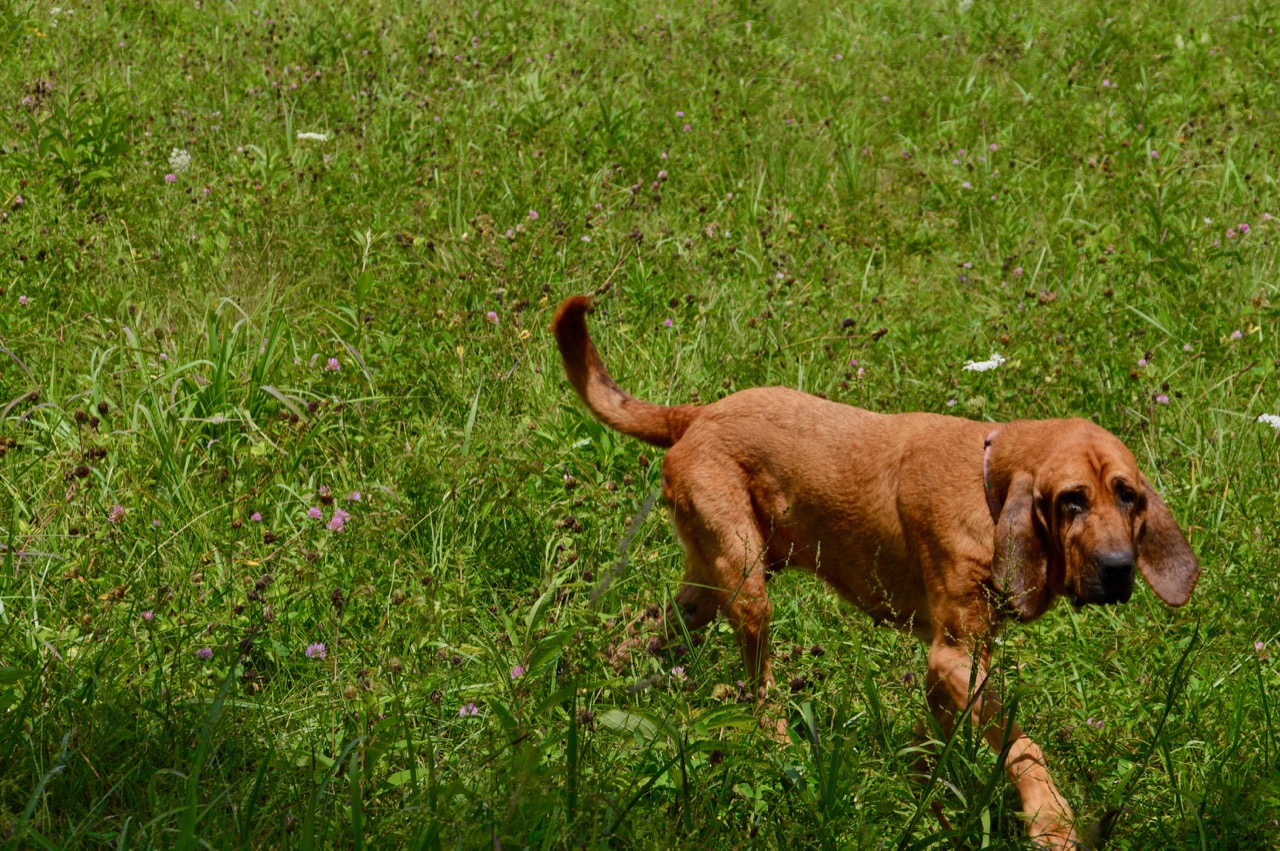 Without me saying a word, she turned and headed home. 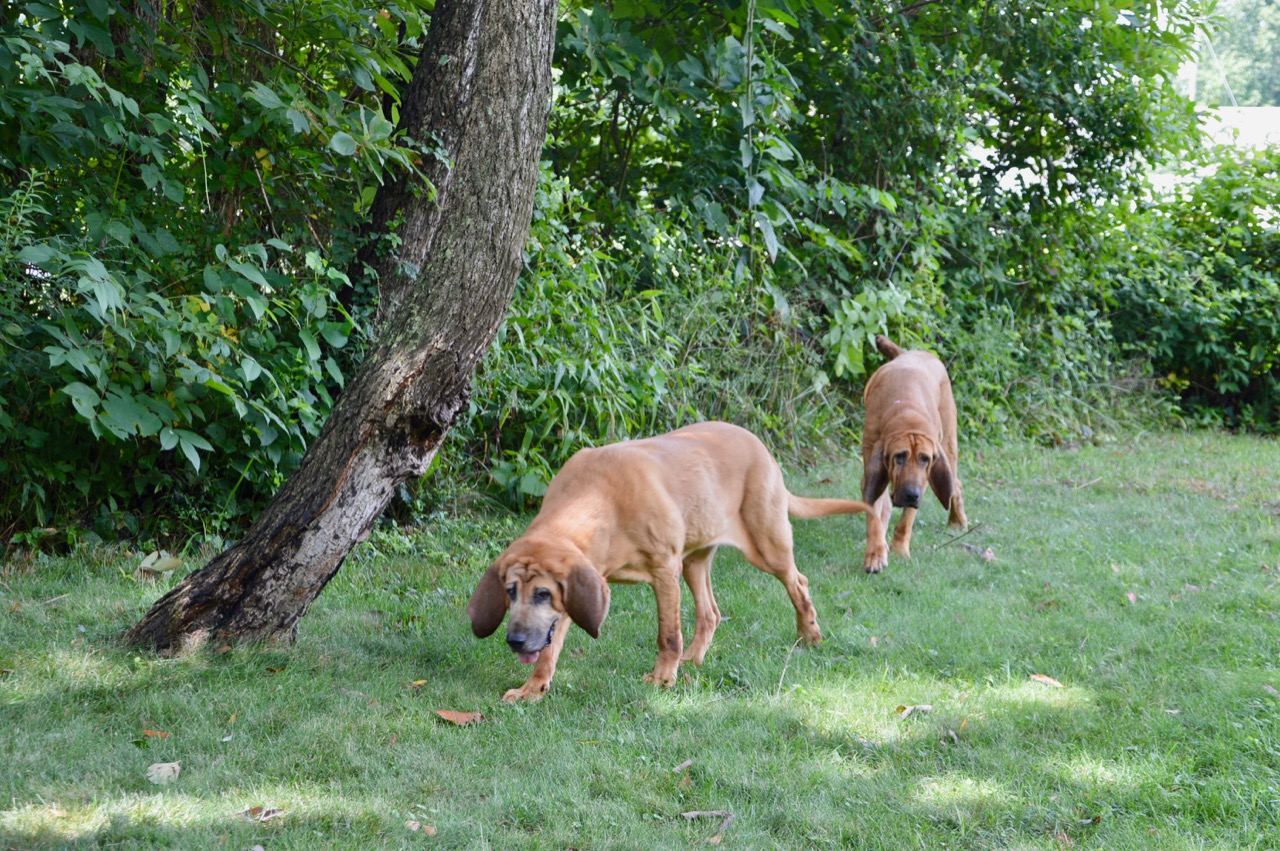 It wasn't as hot outside as Sadie looks. In fact there was a nice strong cool breeze. I really am surprised that we fit this walk in our day. It didn't look like there was a chance of doing anything this morning except to stay inside.

All the hounds are sound to sleep at 4:09pm ... it's been another successful day to them.

All is good in 'the tropics' of Southern Indiana.
at July 31, 2018
Email ThisBlogThis!Share to TwitterShare to FacebookShare to Pinterest
Labels: Bloodhound Tracking, July Rain, Sadie Explores, Stella Strolls