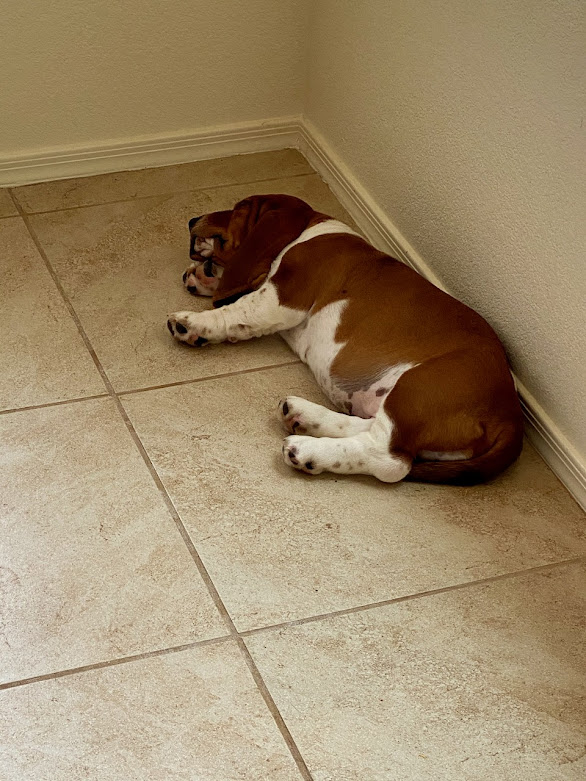 Some of you already know about this new blog url. Instead of 'deactivating" the blog where I could bring it back after making some changes, I hit the button called "permanently delete", where you don't get it back. So I started this new blog with an appropriate url "bhoundsandadog" instead of the old "bhounds3". I am slowly getting this blog designed the same as the old one. Before deleting the blog I did download all the files. Noticed when I imported that file to this blog it was missing pages, comments and the first four years when I talked mostly about RVs. 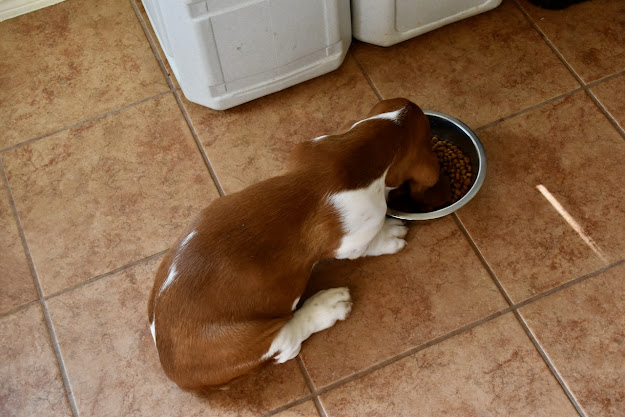 Blogger once again is back to loading photos in reverse order than I loaded them. Blogger is not even loading them by file name, which was the default a few weeks ago. Here you can see Henry's problem when eating ... kibble is hidden below his ears. 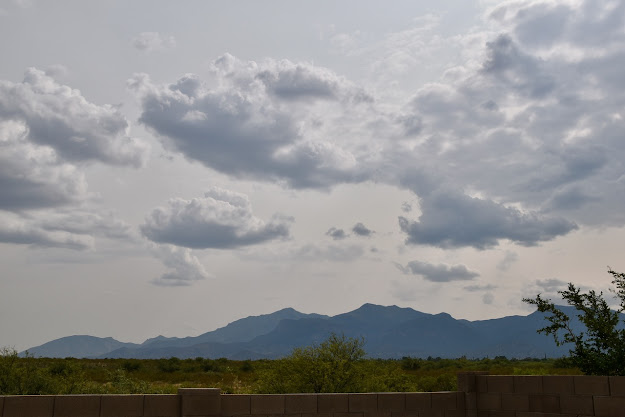 Not too hot, not too cold today. Yet hot enough inside for the air conditioner to turn on but never low enough for that to happen automatically. Fall weather here is fantastic with highs in the mid 80's and lows in the 60's. 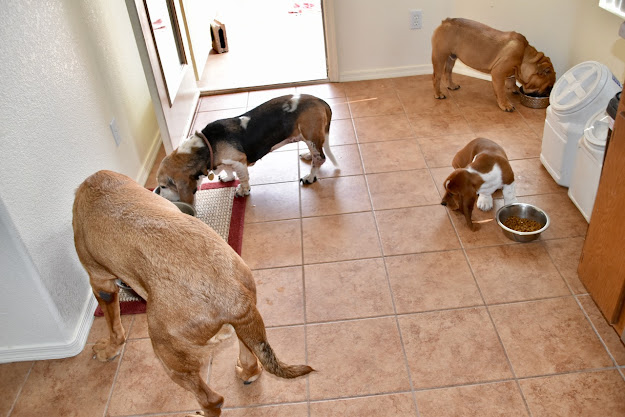 Photo of today's lunch. Everyone knows their spots and the only hound that likes to sneak over to steal food from another bowl ... Henry. 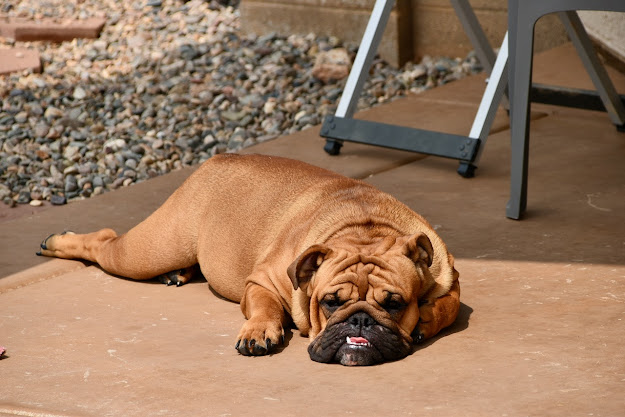 It was a little after 11am and Walter was already sunbathing and in a semi-nap. 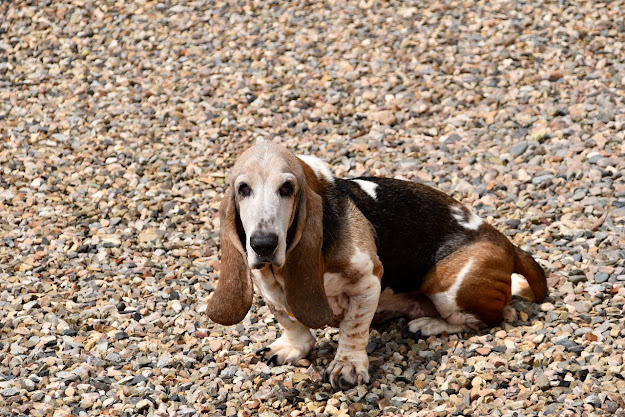 Even Heidi was spending more time outside today just enjoying the day. 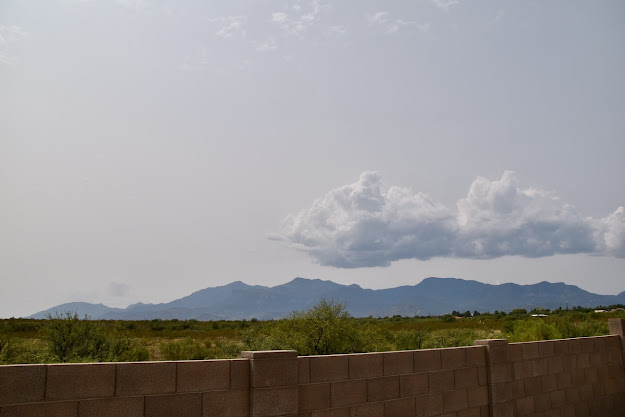 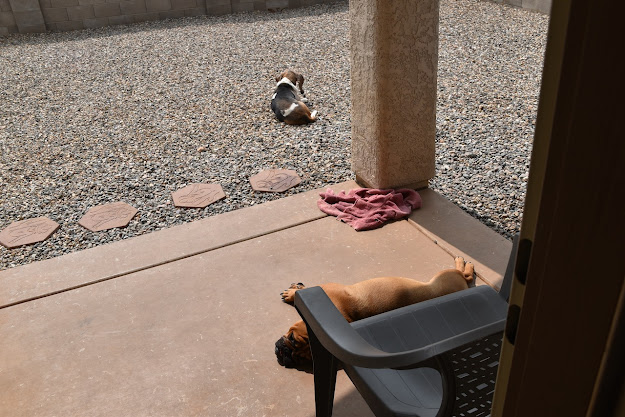 When I got back from Best Buy looking for some printer ink, this is what I walked in on. 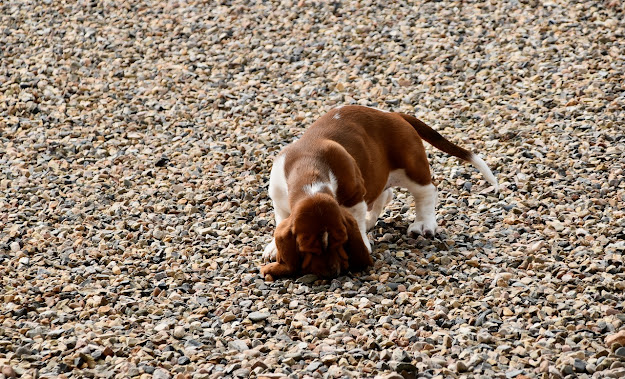 Henry loves to be outside and will spend time alone outside late at night (8pm) or very early in the morning. He likes to explore the whole yard. 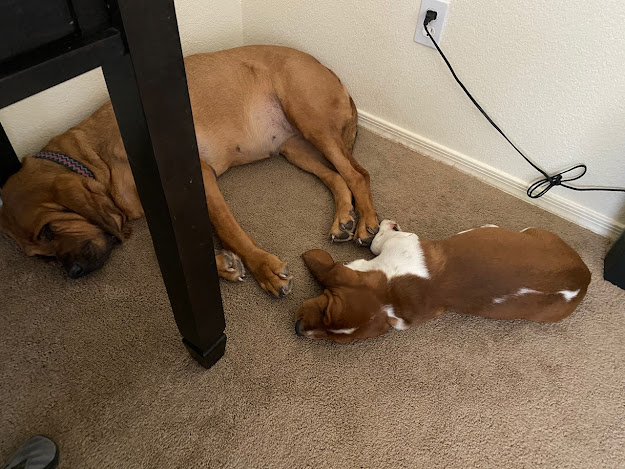 By late afternoon with a 2nd meal in them, there is nothing left to do but sleep. 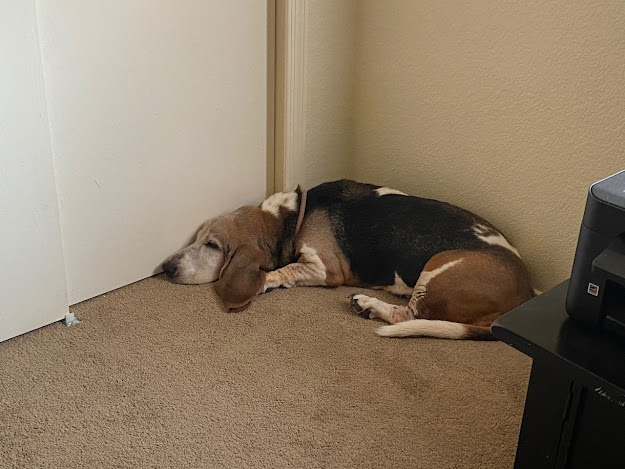 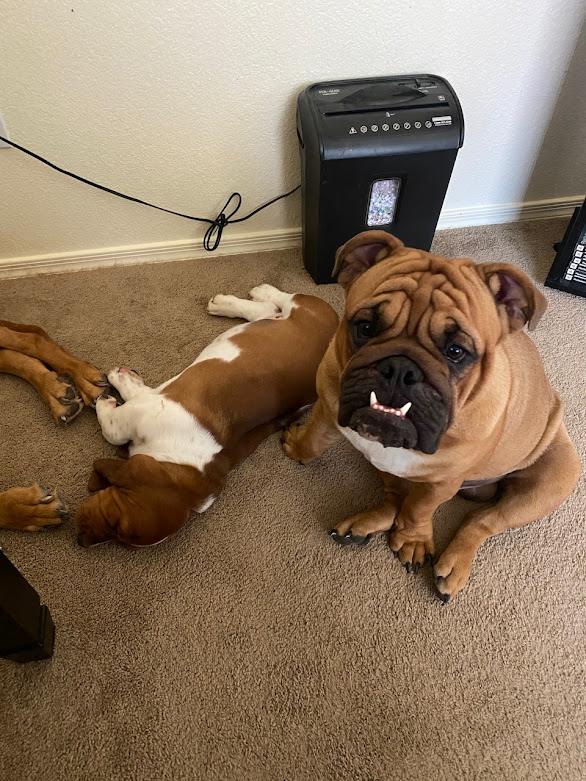 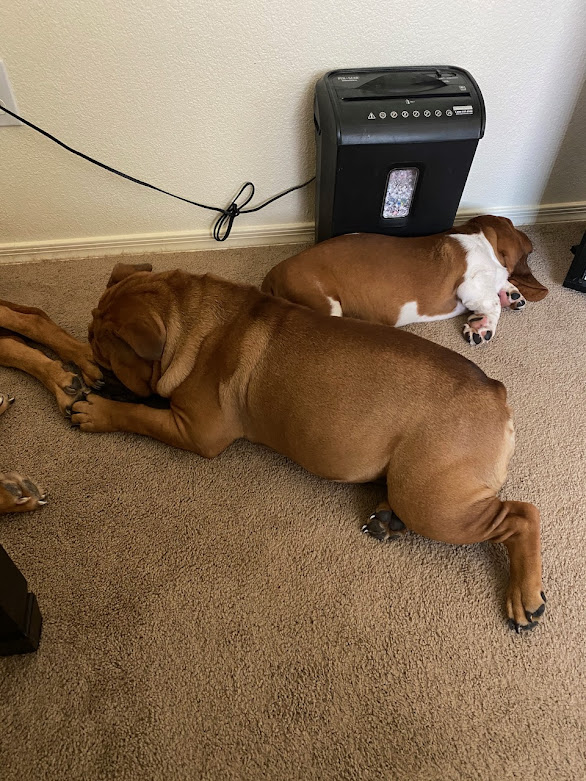 I will say that Walter has really adopted Henry has his. Henry might sneak away to the yard or a corner in the living room to be alone but it doesn't take long for Walter to find him and then protect him. Henry has really grown this week in length. If holding a puppy while standing on a scale is accurate, then he weighs 22 pounds. Tuesday's are his weekly birthday.

Well I think I have reconstructed about everything as it was. I might be missing some blogs on the sidebar but their urls will be found or remembered eventually. Now to find some Epson 212 printer ink somewhere ... guess that will be an online order since no office supply store in town has that in stock. The printer is only a year old.

It was a good day here in the "Wild West" ... yes ... I am still boycotting all sports and don't miss them.