First Morning In The 30's

I will say that I am not a fan of cold weather but I do like a morning like today where it's high 30s, sunny, crisp cool air and a hot cup of coffee. That is what it was like this morning with Sadie, Stella and I making our first of many trips outside today. The basset's made the early trip to dump their tanks but not the 2nd trip. Evidently they can feel that winter is in the air.

It didn't matter that it was 37°. As Sadie was running in from the back of the field, Stella met her head on and the playing began ... wet grass and all. They can be going full out effort, trying to get position on the other, pulling on ears and skin but never growling ... then stop immediately and the session is over. They've come back inside and are asleep probably until brunch is served around 1pm. 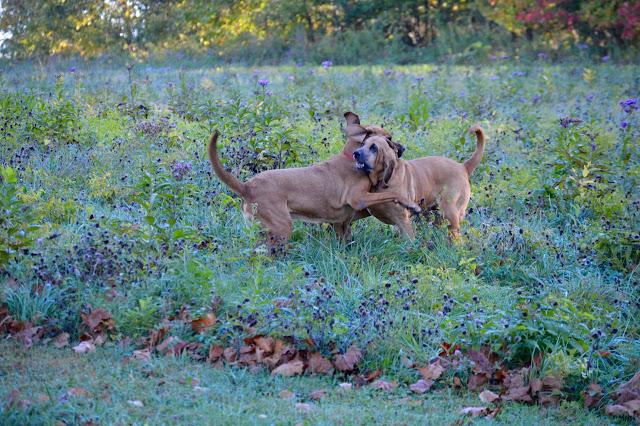 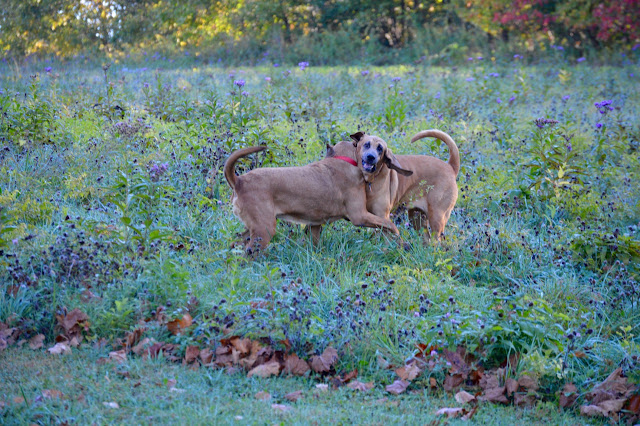 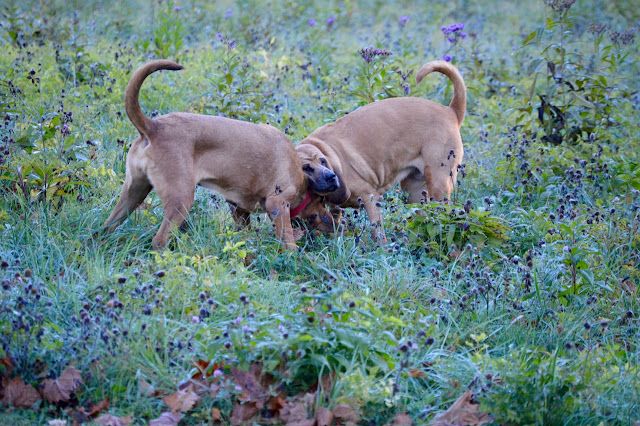 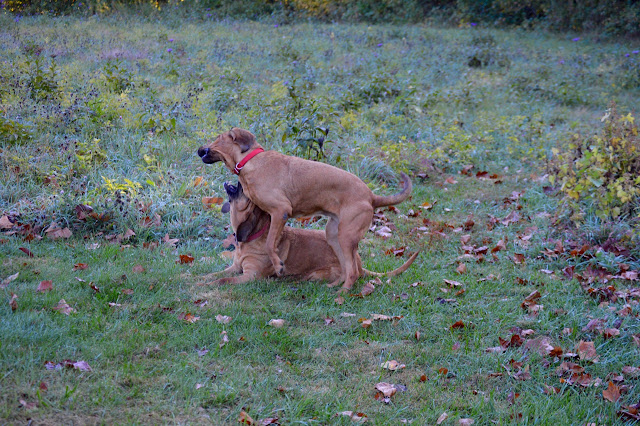 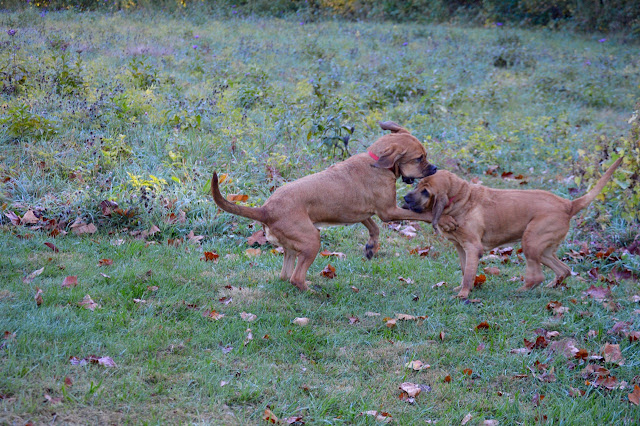 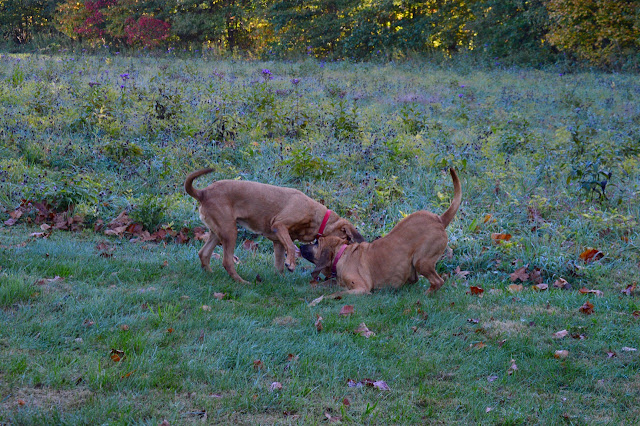 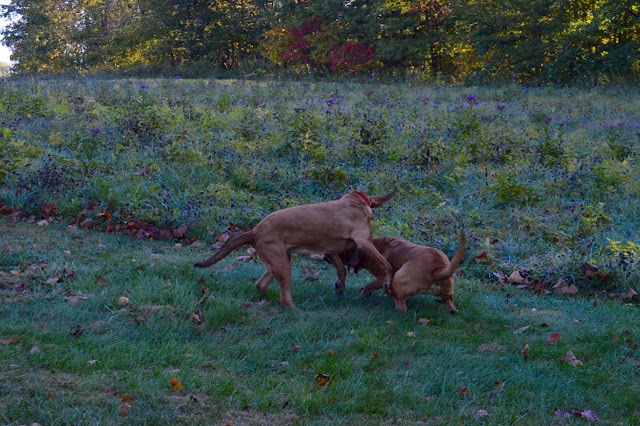 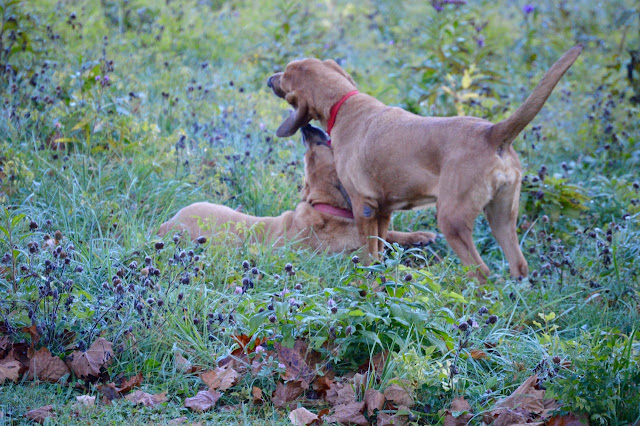 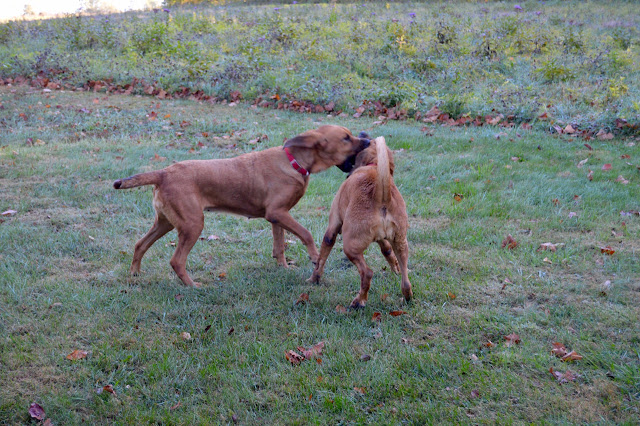 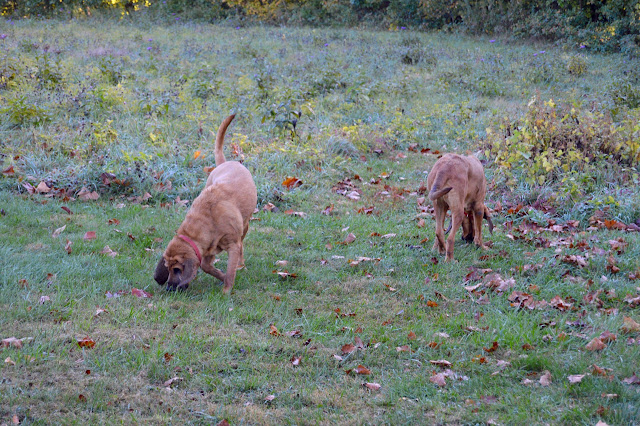 Yesterday was warmer, a great weather day. Stella and Sadie got a little pre-game exercise in the morning. That seems to be their normal routine. 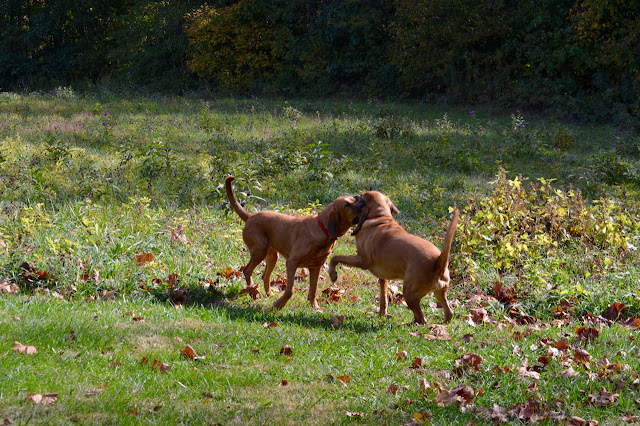 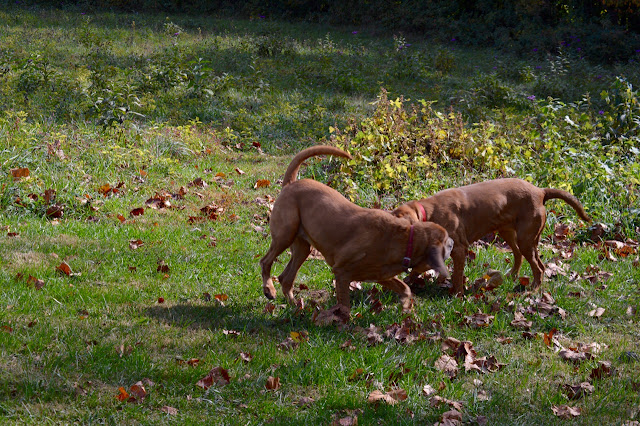 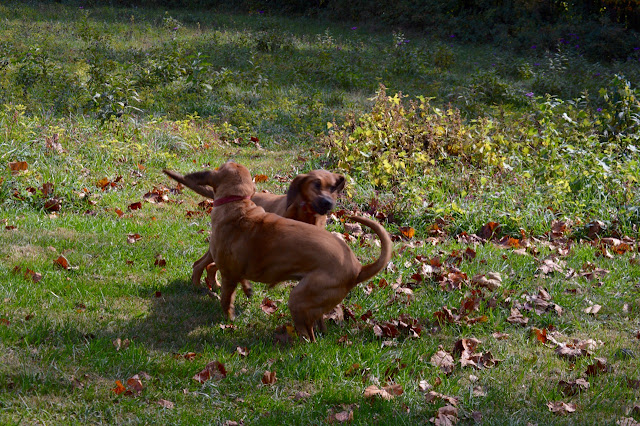 Once again I didn't do much, at least nothing to write about. Read my book, played some Mahjong and then tuned into the Toronto - Texas MLB game around 4:30pm. I grew up with sports and remember watching the only game of the week on tv in black and white ... Saturdays ... it was always the New York Yankees. I remember parts of the World Series in 1958 (?) with the Los Angeles Dodgers. So I've been watching sports for a pretty long time.

Yesterday in the 7th inning of the Toronto - Texas game, I watched one of the strangest innings of baseball that I can ever remember. I'll not go into details but it lasted 53 minutes. It had one of the strangest, correct called plays that lit the Toronto fans up with enough anger they were tossing cans of beer onto the field and some on the fans below them from the upper deck.

Needless to say, the scene was ugly, disappointing. It's baseball after all, not hockey.

Anyway it was a great game to watch. I watched every play of that game and then the hounds and I took the daily dog walk. Heidi stayed inside and Winston had be woken up from a deep sleep, but he always likes to on the daily walk. I also watched every pitch of the game last night between Houston and Kansas City. Since the pitcher of KC was a long time pitcher of my favorite team, the Cincinnati Reds, until this past July. Why is he in KC? ... economics of modern day professional sports. I hate that part of it.

We were able to still fit in time outside and the daily hound walk before the first game and between games. 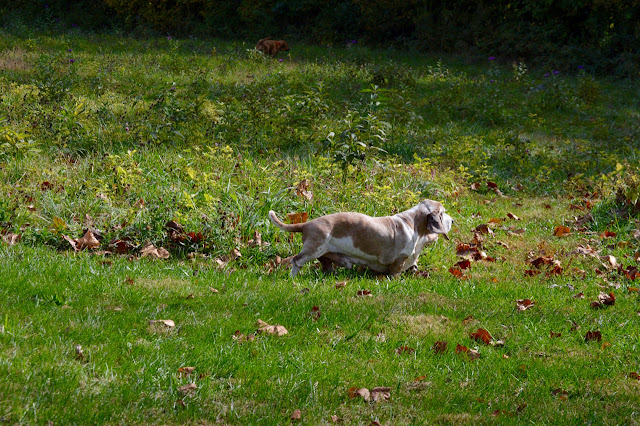 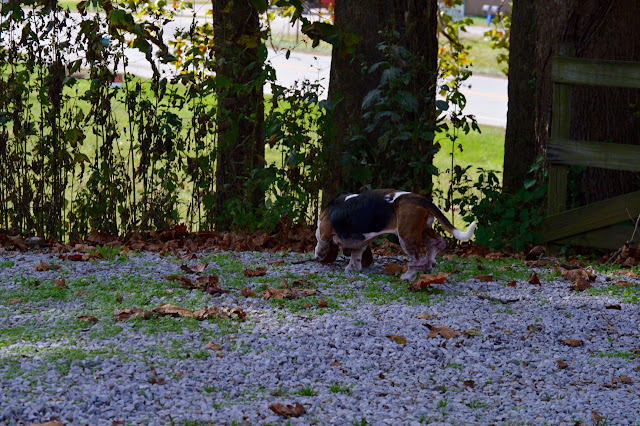 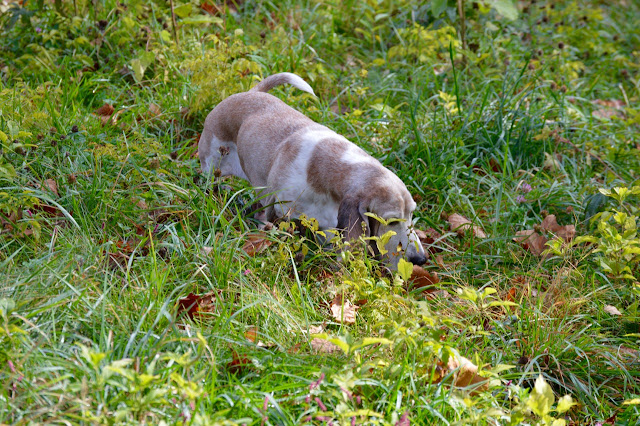 During the night game, Winston headed to the bedroom to sleep in the dark, Heidi took the big chair and both bloodhounds were on the couch with me. Last month sounds from the tv during the game would startle Stella and last night she slept solid through all the turmoil on tv.

It looks like I might make a 2nd post later today, not sure. If I do I will label it in the first sentence so you will know there is also a new post below that one. I might pull the rake out today and rake some leaves. They would be easier to rake now while they are damp but would be hard to mulch them.

I added a new blog to my reading list late last night, over on the left side. It's called Dirt Roads & Dogs. All smaller dogs than mine, can walk without a leash and camp in tents or a Toyota 4Runner when the weather is bad. Reading through some of her posts and looking at her photos gave me a little urge to travel again. Then I see the hounds in their environment this morning and think I need to stay here. Nothing changes.