One of the most important tools for a sports addict that does not have enough televisions to keep up with all the football and baseball games that are currently shown at times simultaneously ... is the tv remote control. In my case it is the DirecTv remote control. Believe it or not, from the photos, this remote control still works perfectly and will be used until it doesn't. Then a quick call to DirecTv's customer service and they will ship me a new one free of charge, no questions asked.

It all started sometime Saturday as I was sitting at the computer. Both bloodhounds were in their normal positions on the floor next to each other, chewing on various dog bones that have been bought over the years. There is a familiar sound when they are chewing on nylabone or a real bone. So it was pretty obvious to me when I heard a different sound, something was up and that sound made me get out of my desk chair to investigate.

What I saw shocked me!! I mean she is 6 years old and this was something you would see if she was 6 months old maybe. That DirecTv remote was held between Stella's two front paws and I could tell she was enjoying how the soft plastic felt as her large molars bit down. There was enough force from her jaws that both halves of the remote had popped open. My only concern was, did the remote still work before the games started within the hour, since I had 14 hours worth of games to watch and needed to be able to change channels from my seat on the couch. 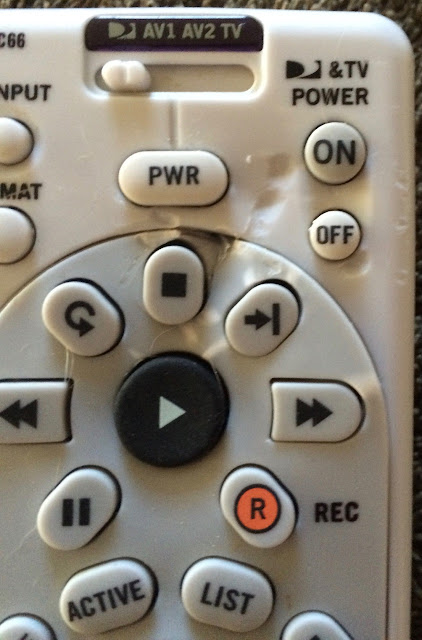 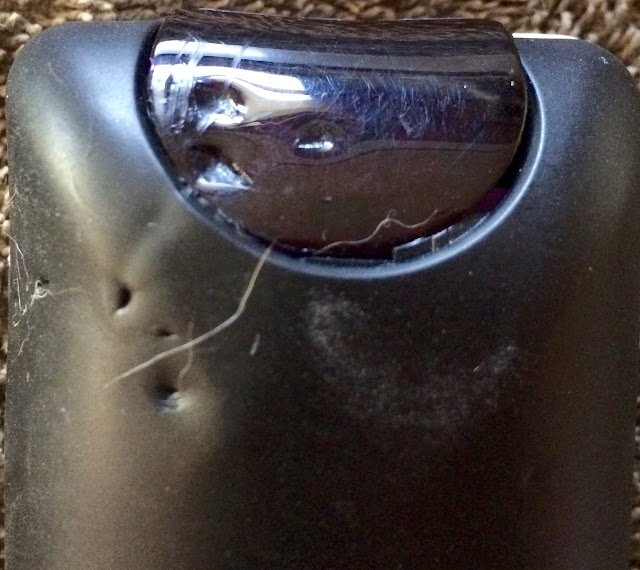 I took the remote from her, said "no" loudly and gave her one of the dog bones, which she started chewing immediately. If you could have seen her face when she looked up at me with the remote between her paws, there was no way you could be mad at her.

I snapped the two haves of the remote back together, wiped off the bloodhound drool from the sensor in front of the remote and gave it a try. It worked perfectly.

Wasn't it just a few days ago I had mentioned I was waiting for her to do something, anything bad? I see now I should not have said that. It's like going on a long trip hoping and verbalizing you hope you don't get a flat tire and then for the first time in years, you have a flat tire on the trip.

I wasn't mad at her because she is simply a great and well mannered bloodhound. Every day or at least every week, as time passes ... Stella's personality continues to show. Just like any dog that is in a new home, it takes a while for them to get use to their new environment and routines. She is now whining to go outside when she needs to. Just today before I wrote this blog post, she started that bloodhound howl when I asked her if she wanted to eat. 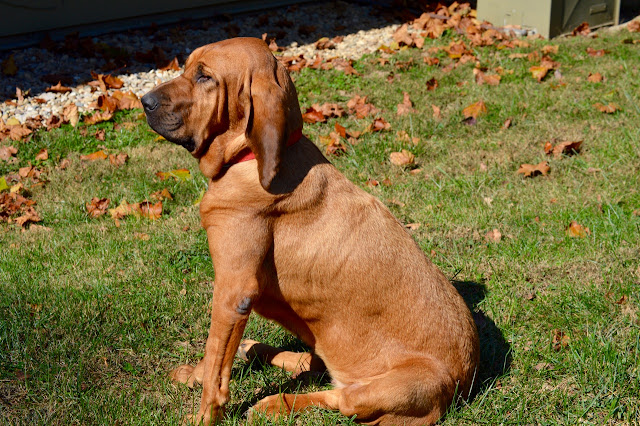 It's usually Heidi that barks to let me know it's time for the hounds to be fed and she was today ... Stella decided to join her.

Not a lot going on but a lot planned. House cleaning, doing just a few dishes from last night, maybe some laundry today, but probably tomorrow ... the most important ... a run to the store to pick up some coffee and sugar.

Temps have been in the high 50's and is again today. Heidi was shivering when she came outside this morning. Still after the brunch, she came outside to lay in the grass in the sun. All four hounds seem to find the sun on a regular basis. 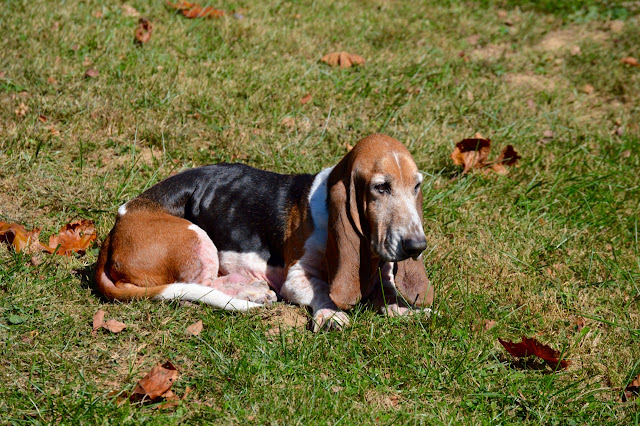 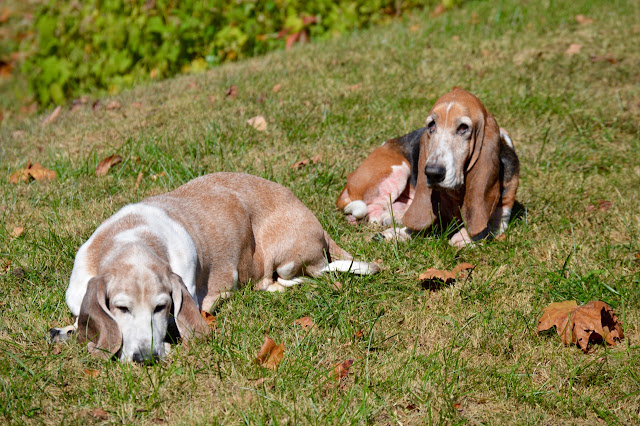 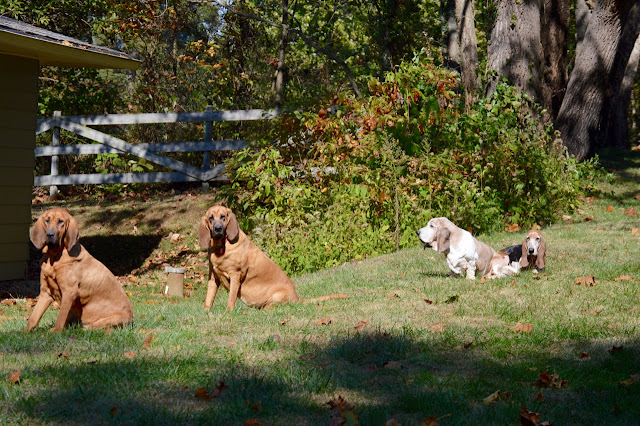 Stella and Sadie have been so focused on being fed today, they have not even played at all today. Currently all the hounds are asleep since they have been fed and made their after meal trip outside. Normal routine for them.

Here are a more photos from this weekend and today. 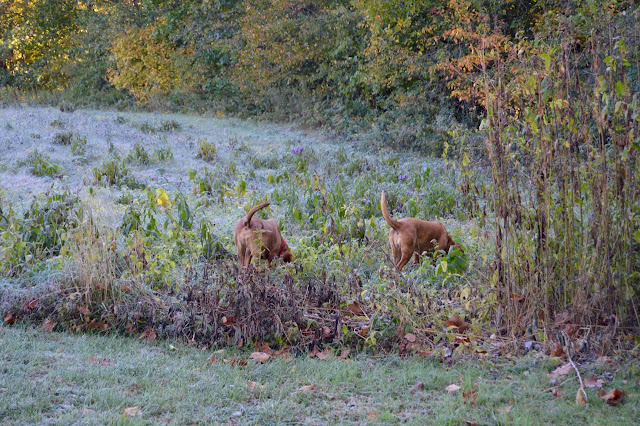 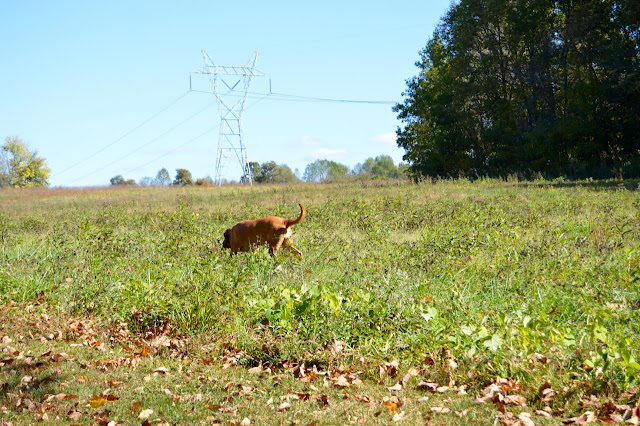 Some Saturday morning playing ... then just like that they stop and go off searching new smells. 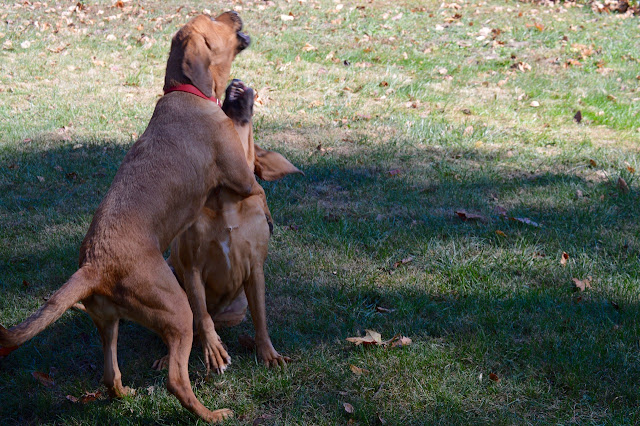 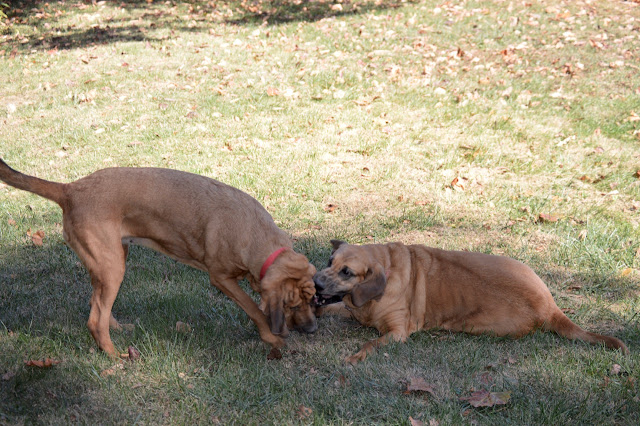 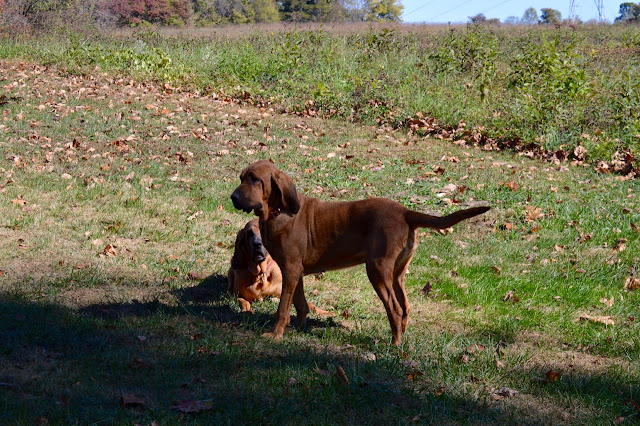 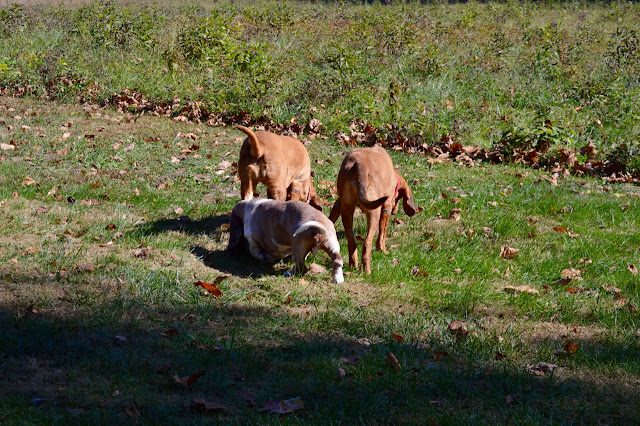 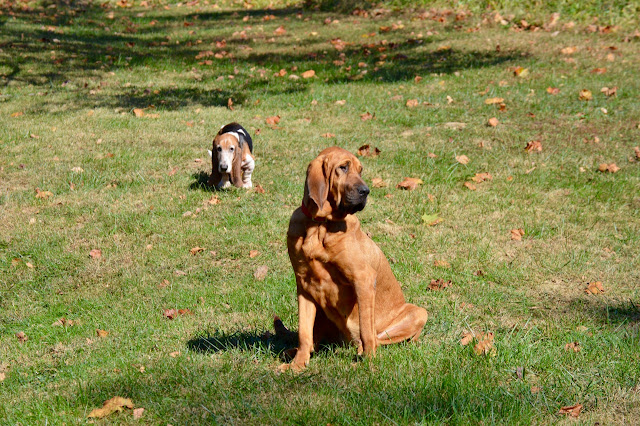 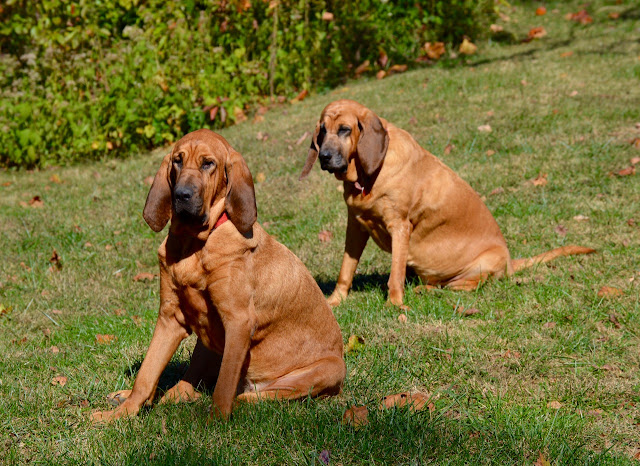 While I raked leaves in the backyard again Sunday, Stella stayed in this position for the hour. I had to rake around her, she never moved. 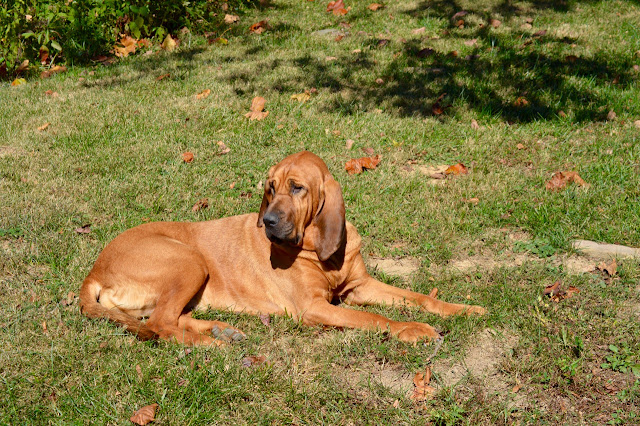