The Fast Paced Life Of Hounds 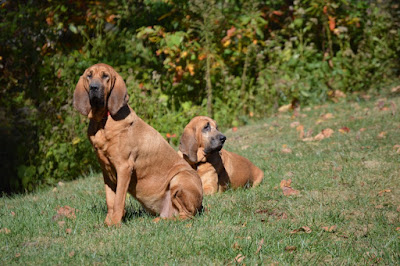 About the time I opened the door to go outside, Sadie locked into a squirrel that was standing on top of the fence that runs along the driveway. She took off sprinting after her target with Stella following her just as fast. Winston took off but had no idea what the excitement was about. The squirrel climbed the tree in the center of the photo. It should be a fun fall with the squirrels back in action. They are checking after the fact that it really was a squirrel on their property. 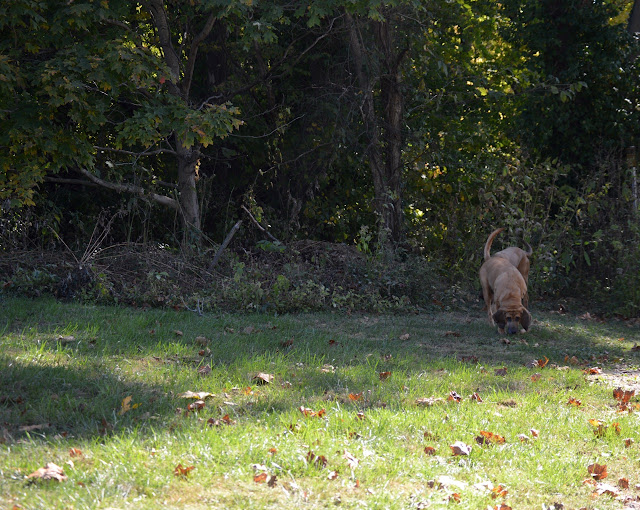 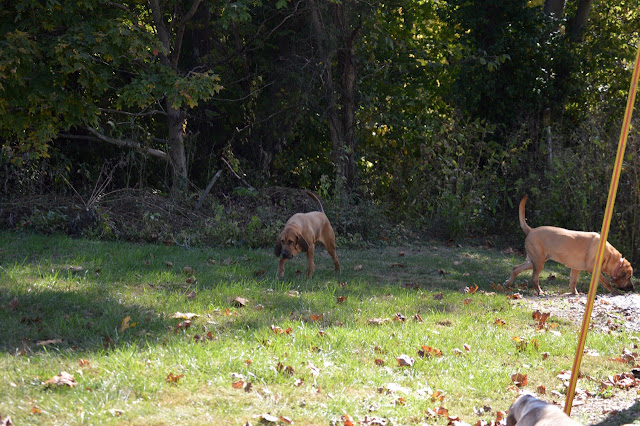 Friday afternoon turned out to be too much for the hounds. They spent most of the afternoon doing what the photos below show ... up until the daily walk. Heidi decided to stay inside for both adventures and was not included in this afternoon's photo shoot.

Only one MLB playoff game tonight ... a little rest for all of us before the sports marathon that happens every fall weekend in my house. 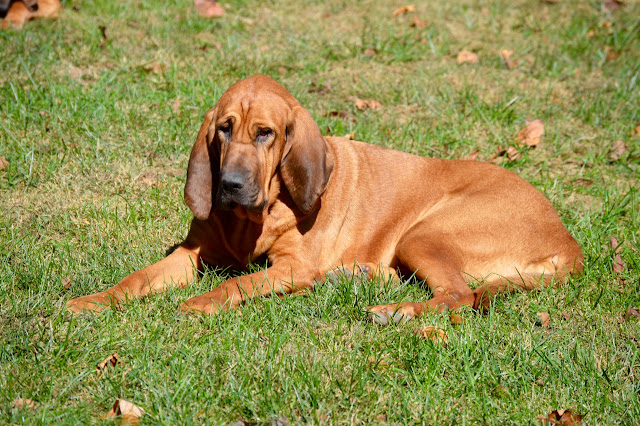 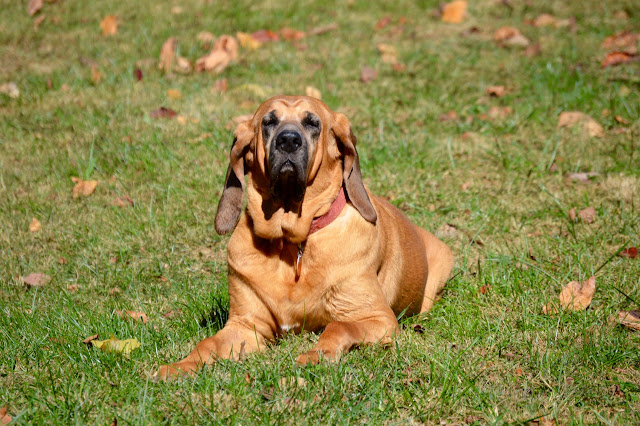 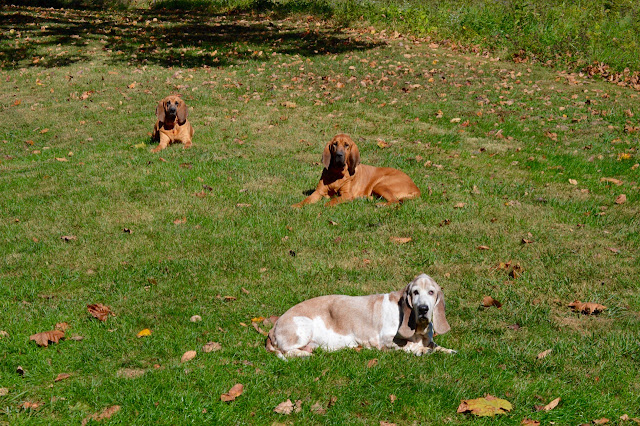 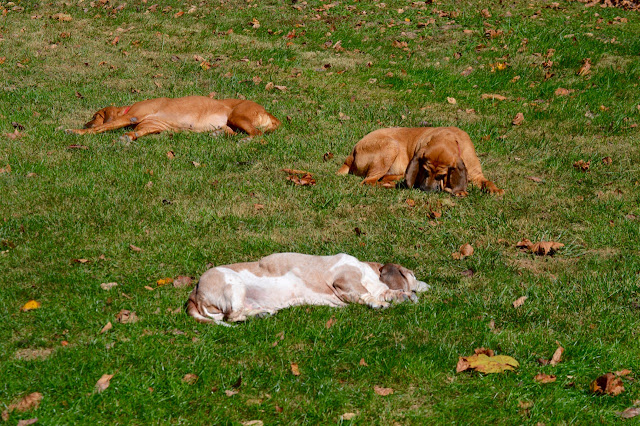 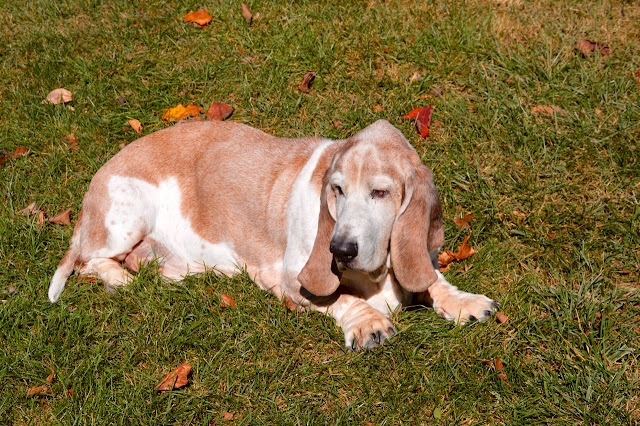 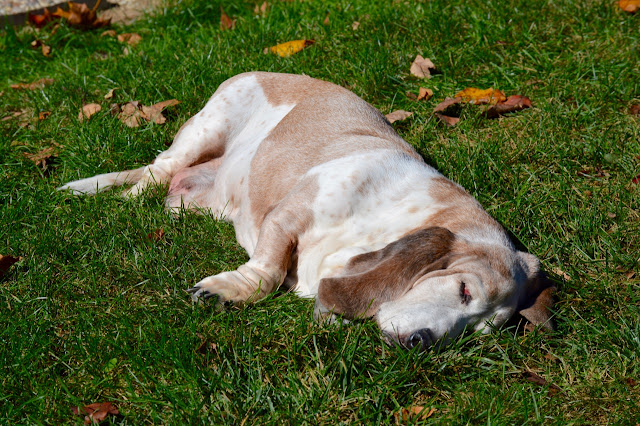 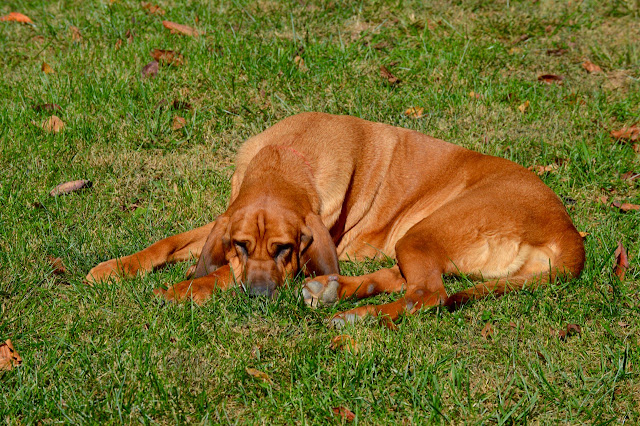 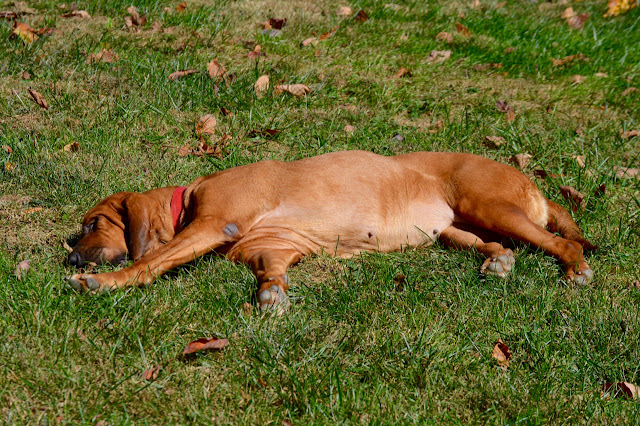 There are too many smells outside that make Sadie's nose work on a constant basis ... she would never have time to lay and sleep in the sun. 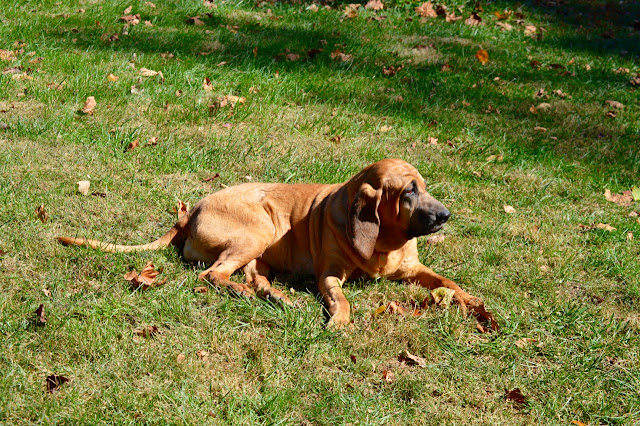 at October 16, 2015
Email ThisBlogThis!Share to TwitterShare to FacebookShare to Pinterest