Hounds Warm Up Before MLB Baseball 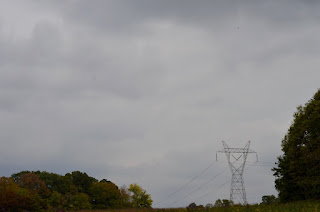 I was wrong yesterday when I said that MLB was taking a day off so I would have time and room on the tv to watch two different football games on Thursday night. Right after I posted yesterday's blog I saw that one game was already completed and another to be played last night. I caught last nights game between commercials of the Indianapolis Colts game.

I decided to tape the Washington - USC game while the Colts game was on. I also decided NOT to look at the game at anytime, stay off my twitter sports and Facebook sports so I would not see the score. I didn't want to know who won before watching the tape.

After the surprise victory by the Colts, the hounds and I went outside for them to do their final job of the day ... while I look into the sky for stars and airplane traffic flying into Indianapolis 70 miles away.

The hounds headed to bed and I turned on the Washington game. It was after midnight but I knew with fast forward during commercials and halftime, that 3+ hour game on tv would be a little over an hour long. Another surprising victory by the Dawgs ... so my night ended with both of my teams winning.

The problem, I was wide awake and these past few days I have been back to staying up late (3-4am) and sleeping late (10:30am). I don't care for that routine but that is what's happening.

Winston and Heidi decided to call the day off today due to overcast skies and have been only awake to eat and to go out one time. Sadie and Stella are both sleeping next to my desk chair but as you see they had a good workout this morning, sprinting, running in the yard and field, some wrestling and then final a break.

I need groceries but with 4 MLB games back to back to back today and tonight ... I'll sneak out of the house Saturday morning to replenish supplies before college football starts at noon.

Here are the bloodhounds playing at full tilt ... but their sudden burst of energy didn't last long. 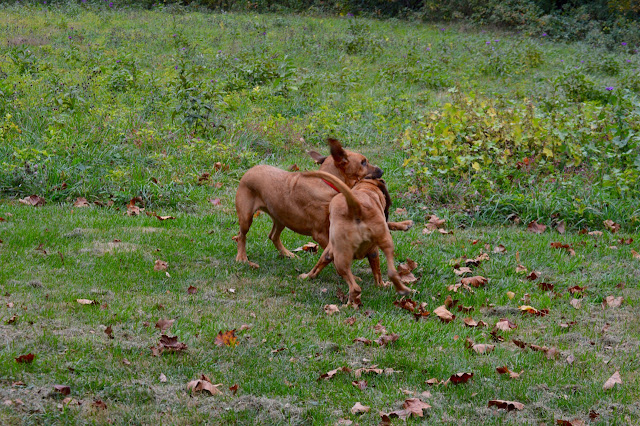 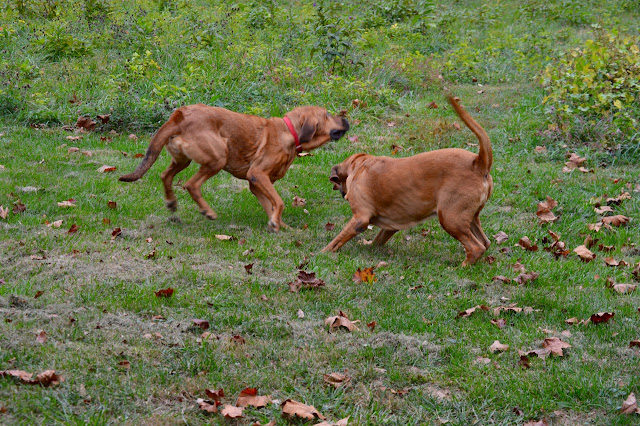 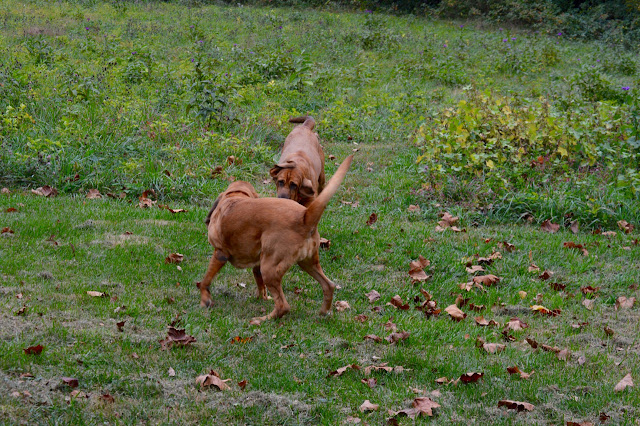 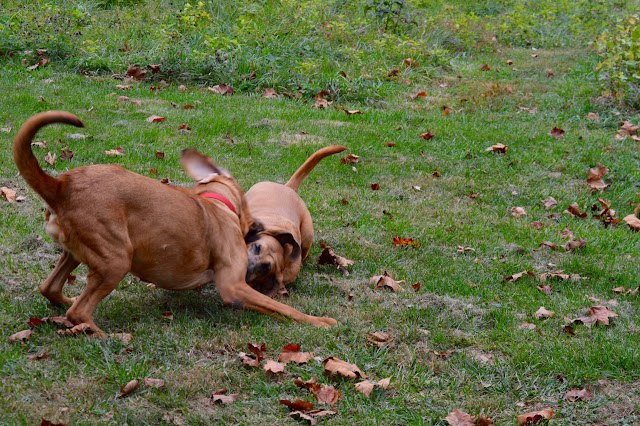 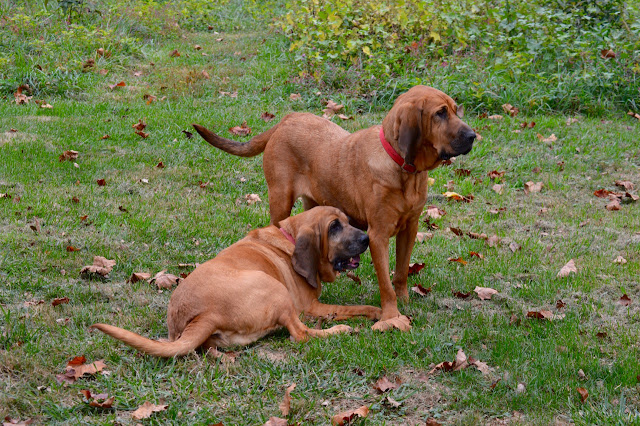 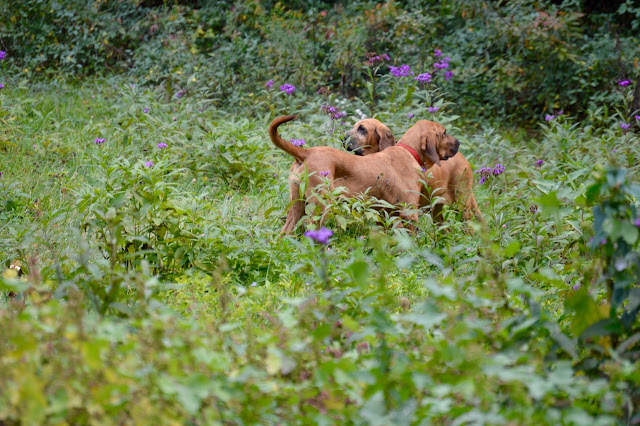 I do remembering posting in various posts over the years on this blog that I am a "sports addict" ... this time of year proves it, living in "the tropics" and cool weather on the way.
at October 09, 2015