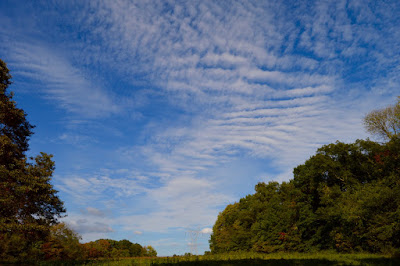 Another beautiful cool day here in the tropics with blue skies and a bright sun.

With the temps feeling cool, even at 79°, I fired up the lawn mower, lowered the level one notch, put the hounds in the bedroom since Stella will open the door and come outside when I am mowing and took off mowing for an hour.

I wish I could mow the yard at this level all the time, but with a field next to me, moles that love my grub worms and plenty of strange seedlings in the air to infiltrate the grass ... I'll have to work with what I have. In the past I have used all kinds of lawn food, different grass seeds, grub worm killer and weed killer ... but it's a never ending battle, an expensive one.

With the grass cut one level lower and some leaves that were mulched along the way, I hope to get out in the morning and rake the whole yard, thinking the smaller mulched leaves will be easier than a lot of regular sized leaves. I have the electrical leaf blowers, but they are very loud and may actually take longer to move the same amount of leaves that are raked. Of course the leaf blower is easier on the muscles than the constant movement of raking.

I do plan to put on some Scott's Winter Fertilizer in November.

Some time before I finished my first cup of coffee this morning, Stella and Sadie were enjoying some mild wrestling inside the house. Every time I grabbed my camera, they would stop and stare at me. Consequently I have no photos of inside play nor the times they lay side by side chewing on the one nylabone. That was the time to go outside. 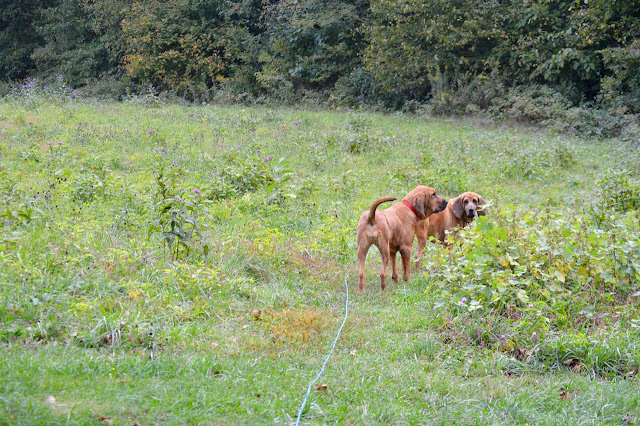 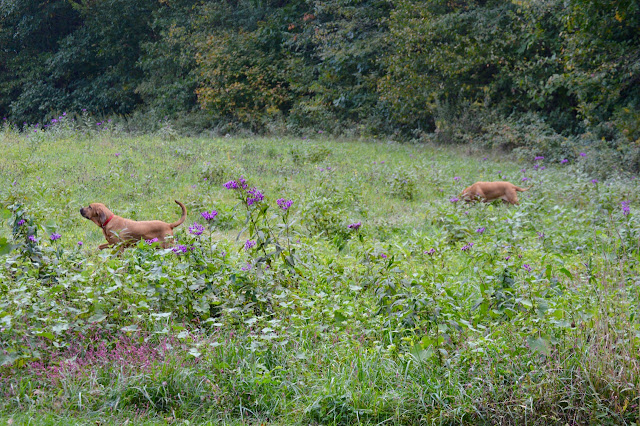 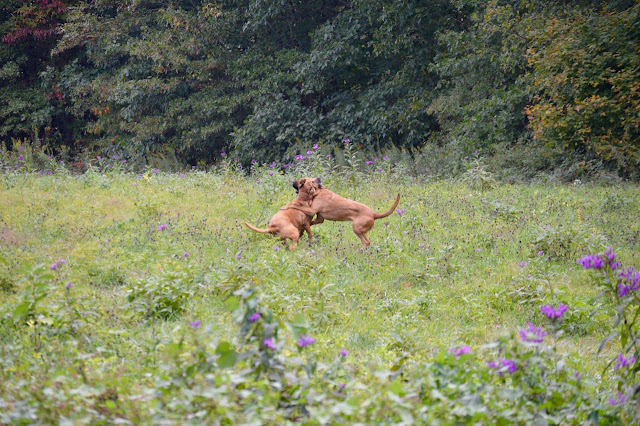 Winter must be around the corner because Winston is going into hibernation mode and sleeping more than normal ... which is basically more than a lot. Stella continues to move when I do and follows me most everywhere I go. She is starting to feel at home though and will go outside and come back to the door to be let inside without me with her.

For the first time in over 20 years I have taken the tether up from the connection in the field ... stored for another time. It's the first time I've had all my hounds not needing to be tethered while outside roaming the field.

Heidi's skin is improving after the 2nd week giving her a different kind of probiotics. More hair continues to grow back on her paws and rear hocks ... still she is very skinny. The more I feed her the bigger the pile of poop is so I am not sure feeding her more is the correct answer for gaining weight. One vet in June was afraid it might be cancer but 4 months later she has more energy than ever, feels better, plays more ... but her weight is scary low. 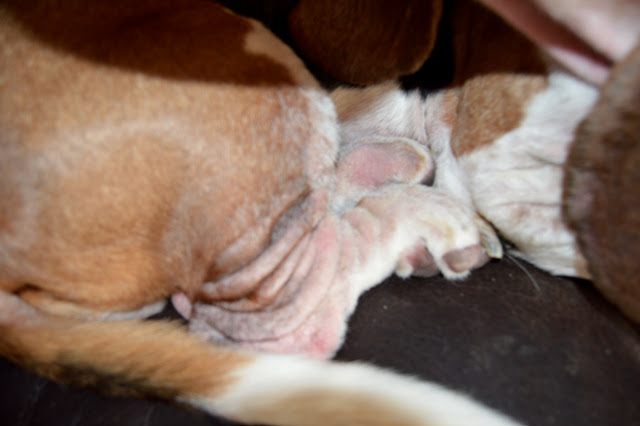 The hounds didn't seem to be in the mood for anything when we went outside late in the afternoon. As you can see all afternoon bloodhound aerobics were canceled due to lack of interest. It was a good thing that I did go outside for a few more photos though ... look what I left on my bumper? At least I found the battery now instead of 25 miles down the road. 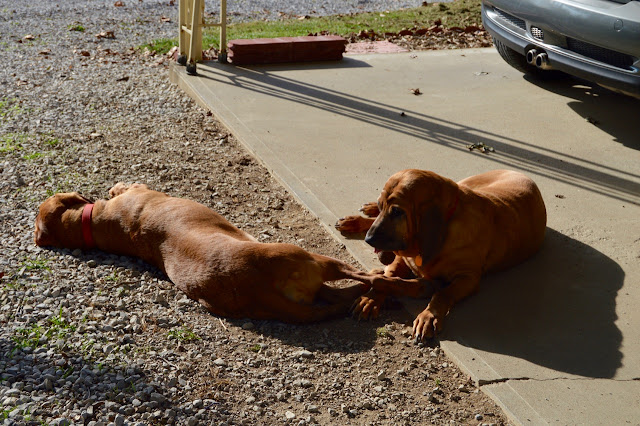 Well, time for some Mahjong, then the daily hound walk, some salmon and veggies before a 1 game playoff in baseball tonight. Such is life in retirement.
at October 06, 2015
Email ThisBlogThis!Share to TwitterShare to FacebookShare to Pinterest
Labels: Bloodhounds Playing, Heidi's Treatment, Yard Maintenance