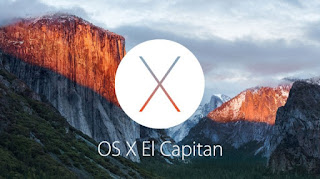 Today is kind of weird because I was up all night with the download and installation of Apple's new OS El Capitan. From everything I had read from the experts it would be a great upgrade, a lot of good fixes behind the scenes and highly recommended to install without waiting a few weeks for the updates.

It took a lot longer than I had expected based on my other OS updates in the past. To use my free data I waited until midnight to start the 6+GB download. Not only did that take a lot of time, over 3 hours, the installation was almost as long and so slow at times I thought it might have hung up on me. It finally finished after 6am when I thought everything would be done a little after 3am when I started.

In the past I've never had any problems updating an Apple OS on my iMac, nor did I have any issues after the new OS was installed. It was taking so long to download that I set my alarm for a couple of hours of sleep, then come back for any needed acceptance checks or enter keys. I couldn't sleep so I got back up and did some research about the installation on my laptop computer, plus played some games of Mahjong while I waited.

Bottom line ... the new OS was installed without any issues besides taking a lot of time. I can tell a difference in speed, also how fast different files or apps open and a few programs now run without the problems I had on the Yosemite OS. My iMac just turned 5 years old so that may have been the reason for a slower installation. After this blog post I am going to go through it and check out the new features of the new OS that have been written by different computer experts. I'll probably not use some of them but it's always nice to see what's "under the hood".

The "weirdness" didn't just start this morning after I woke up for the day ... yes I got a few hours of sleep after the installation was finished. I did a quick check of some of the basic functions before I turned off my computer this morning and then slept for a few hours. No, the "weirdness" started yesterday after I posted on my blog. The mind is an amazing animal at times. It can be so brilliant at times and yet so absent minded. This pertained to my ScanDisk card that goes inside my camera.

As I was getting ready to run outside last night to take a photo of this great sunset, the door on my camera to the camera card was open, which means the card is in my iMac to download the day's photos. The only problem was, it wasn't in my iMac. A lot of times after downloading and editing the photos, I will eject the card and sit it next to my keyboard as I continue to either blog or work on the computer. The card was NOT sitting by the keyboard. One of those "senior" moments I guess.


Those are the only three places the card could be, in the camera, in the iMac or beside the keyboard.

I turned on the lights in all the rooms in hopes of seeing it sitting somewhere I had forgotten it. It wasn't around anywhere. How could that be? It's a normal routine of moving the card from the camera to the computer and back to the camera. I had not made any trips to other parts of the house, but the card was gone!!

Then I remembered I had grabbed a candy wrapper (I fell off the diet wagon hard this month) next to my keyboard and threw it away. Could that camera card been mixed in with the candy wrapper?  After lifting that wrapper from the trash, the card was not with the wrapper. Still a little confused, I checked the desk again, then the area around my camera and even on the kitchen counter by the coffee machine just in case. After that I pulled out my bright camping flashlight to look in the trash ... there it was, off to the side, slightly down in right corner missing the coffee grounds from the morning. I had found it but it was nowhere near the candy wrapper.

This ugly bone was intact for a couple of years until Stella showed up, already a month ago. Sadie had chewed on it more than any other bone she had. I was surprised actually that she let Stella have it soon after she arrived. Stella will lay down and chew away while Sadie lays next to her watching. I've had to watch when one of those corner pieces are finally chewed off so I can throw it away instead of taking a chance she ingests it and cause intestinal problems, if not a vet visit.


Just a few sample pieces showing how they are taking this bone apart.
The hounds continue to be friends. There have never been any issues among the four of them. I really didn't expect any problems because of the personalities of the three hounds I already had. They like people and other dogs, cats, rabbits, deer, squirrels, etc. 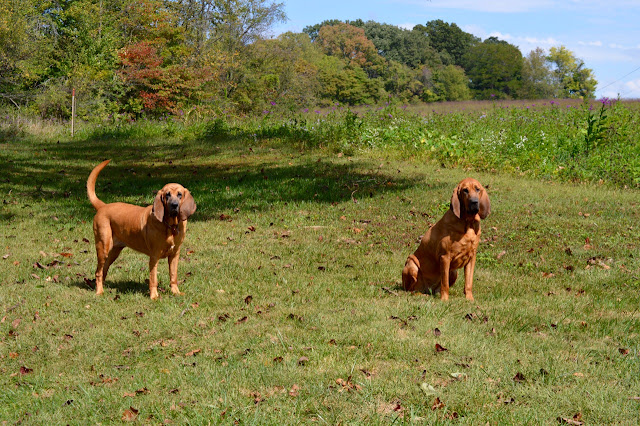 So that is about all for today. I'm off to explore the new OS, then visit the MacRumors forum to check for any issues/fixes that other users are having. The hounds didn't do much outside today, it's cooler and windy .. with the temps below 70 that means Heidi is only outside long enough to dump her tanks. I've noticed that Stella may be a "fair weather" hound but of course Winston and Sadie can always find something gross to eat in the field. 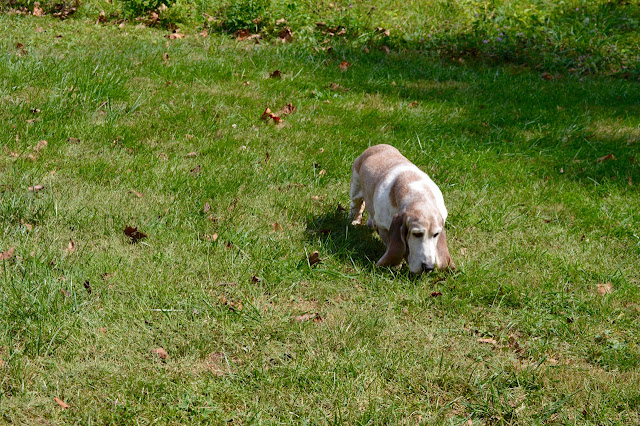 While on the computer last night not quite dark, the window was open that faces the field and woods ... I heard what I thought was an animal grunting. It was loud enough to hear it easily from where I sat. As I turned to look out the window, at least 5 maybe more deer took off along the edge of the woods. They evidently heard me move from my chair to the window. Needless to say, this morning those two bloodhounds were all over that area and refusing to come back inside.

I'll have to watch out for deer while walking Sadie without a leash and during the times that I let the hounds outside. I don't think any of the hounds are young enough anymore to get away from me and that they would stop fairly soon after their short burst of speed in attempting to chase them. It will be something to keep an eye out for this time of year.

Also I don't think we are going to see a lot of color from the leaves this year. Most of the leaves are turning dark brown and dropping to the ground before they get to change their color. I am not sure about the reason for that, whether it is a lack of water or the temps were too high too long this past summer.

As you can tell it's another laidback slow day here in "the tropics" with not much going on.
at October 01, 2015
Email ThisBlogThis!Share to TwitterShare to FacebookShare to Pinterest
Labels: Deer, El Capitan OS, ScanDisk