A Surprise In Editing Photos 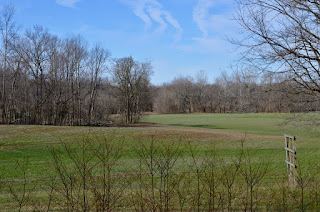 This morning definitely looked better than it did yesterday just after lunch. There was no rain forecasted yesterday for the afternoon and for the next three days.

I took this next picture just a little before 1:00pm yesterday. At the time I had no idea it would be nice enough to take the Z4 out for a drive only two hours later. It was nice to pull off the car cover, warm it up and head down the highway, even with the top up. 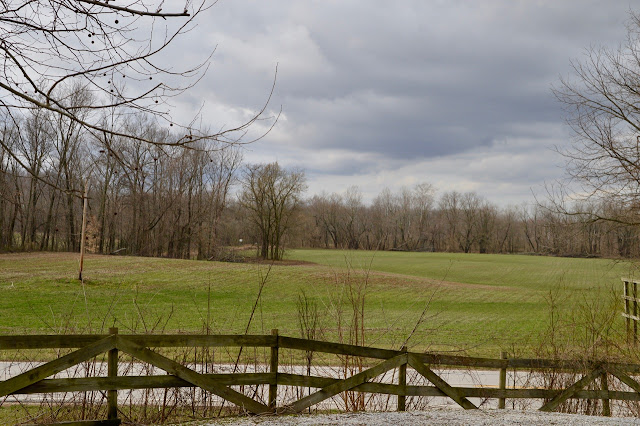 It was the normal routine this morning but Sadie was more than excited when I asked if she wanted to go for a walk. Her favorite place over by the burn pile was no longer her focus. She heard the word 'walk' and was ready and so was Stella. 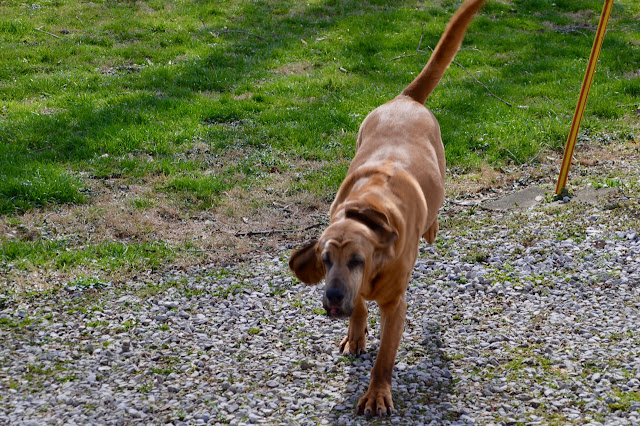 No jacket today, cool breeze and a blue sky. It's hard to believe we are suppose to get snow on Saturday. It will not matter because by that time I will have started watching all of the college basketball conference tournaments on tv. I will not catch all of them but a lot of them. So it can do whatever it wants outside this weekend. 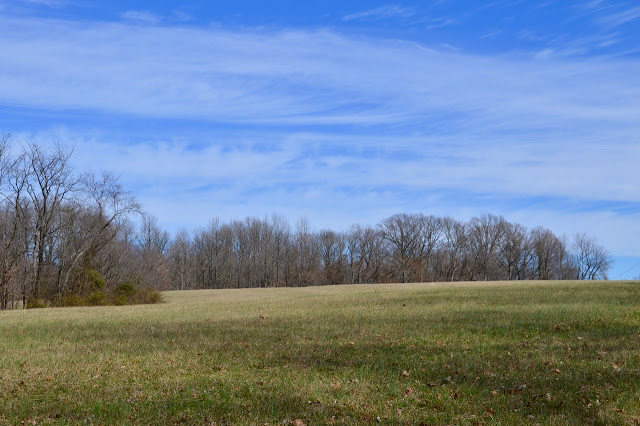 From the start of today's walk Stella seemed pretty interested in following the path of Sadie. Notice her black tail? Her mom was a 'black and tan' bloodhound. Since that black is only on the lower half of her tail, it was the reason her original owner named her "dipstick". 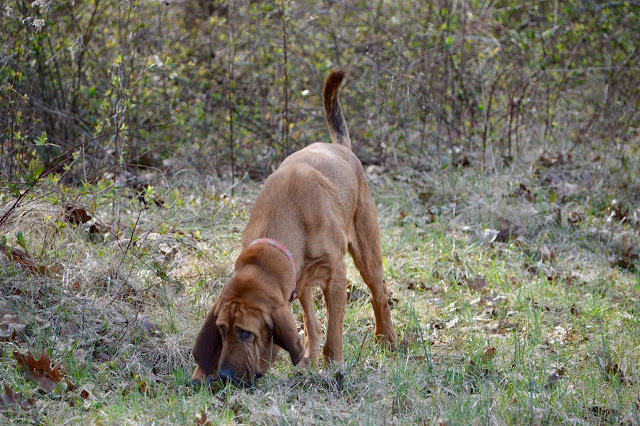 Sadie was in her element with excitement and another walk. How many of these walks has she been on in 8-1/2 years? How many times has she hopped up and down before every one of those walks? She never grows tired of them. 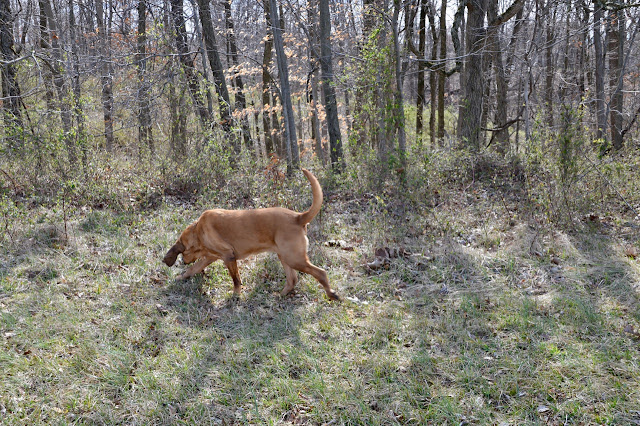 As I turned the first corner and prepared to take Stella's picture I was kinda surprised that she was this close to us. She was right on schedule. That's rare for her. 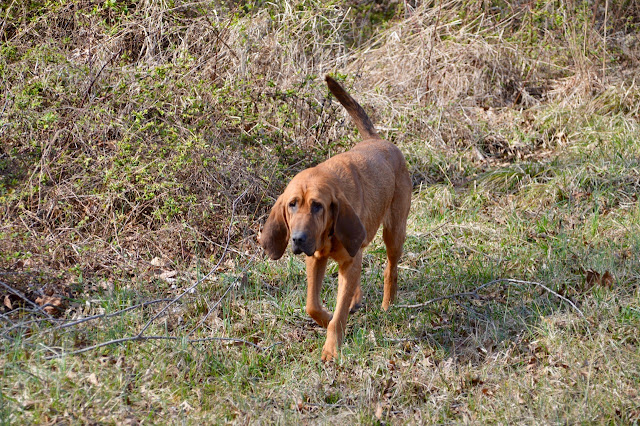 That is until Sadie saw a bird on the ground up ahead. If you look closely straight ahead of Sadie, near the bush line, you can see a bird just getting airborne. Sadie has never caught a bird, or a falling leaf or even a deer ... but anyone of those three things will set her off in a high speed sprint. 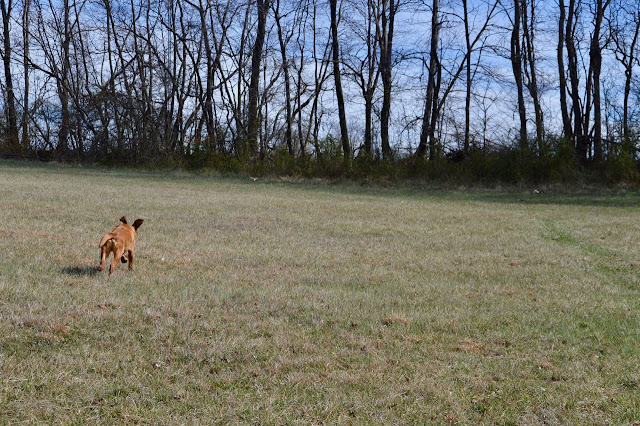 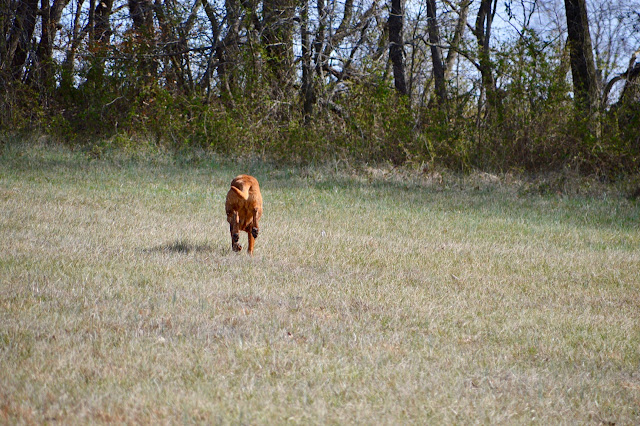 Of course if something is that interesting to sprint after it, then Stella has to catch Sadie and find out what all the excitement is about. By that time the bird was long gone. Still the hounds thought it must be around here somewhere and they continued searching the airstrip of the bird. 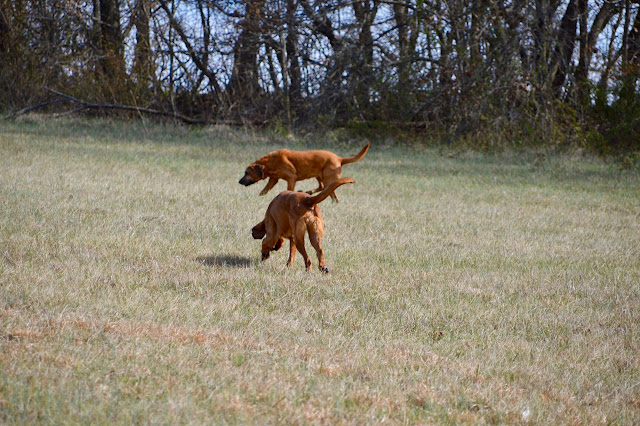 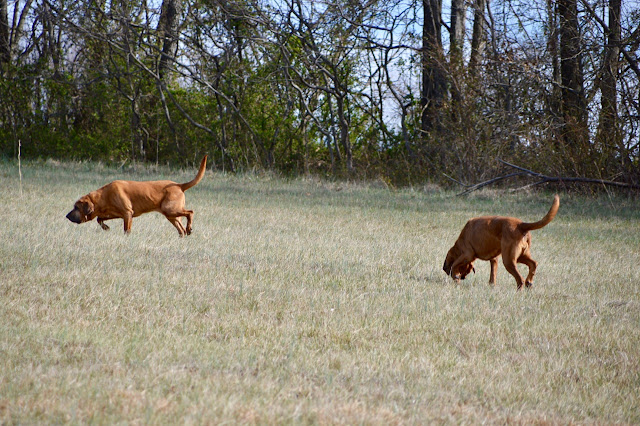 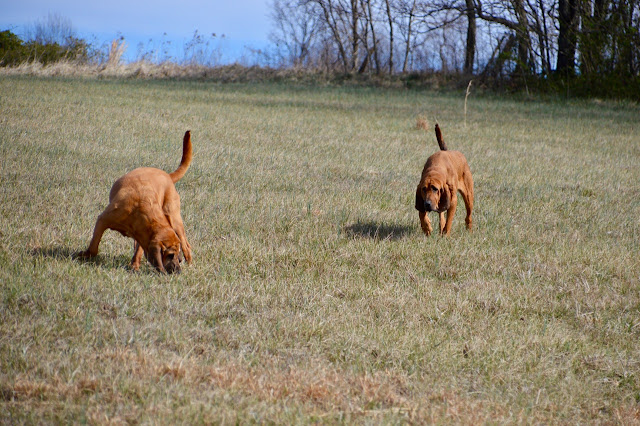 I was not quite to the back edge of the field when they each started trotting in different directions. Were they going to get away from me? Sadie had found something in the center of the field. 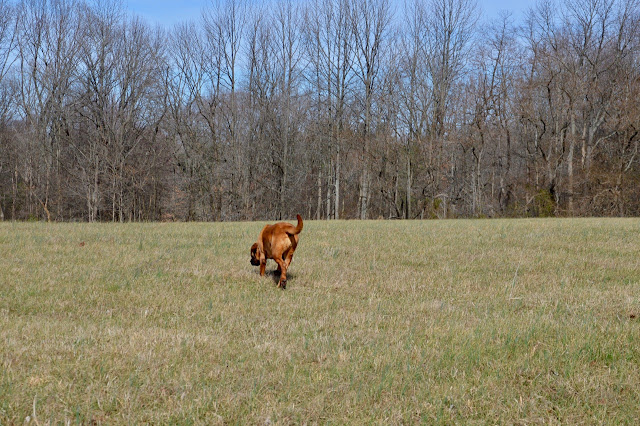 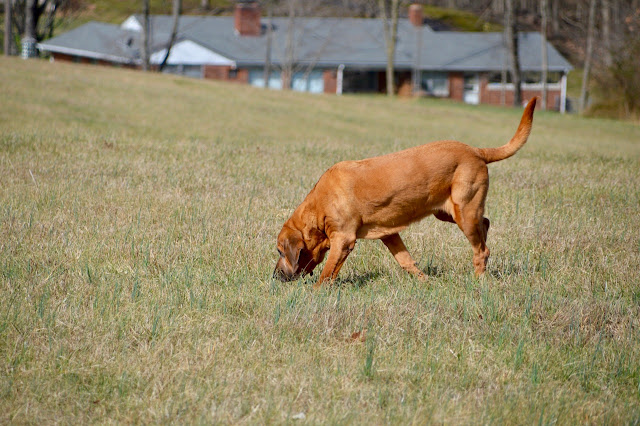 Stella had thoughts of heading to the 'no fly zone' ... or was it something she smelled in the air? 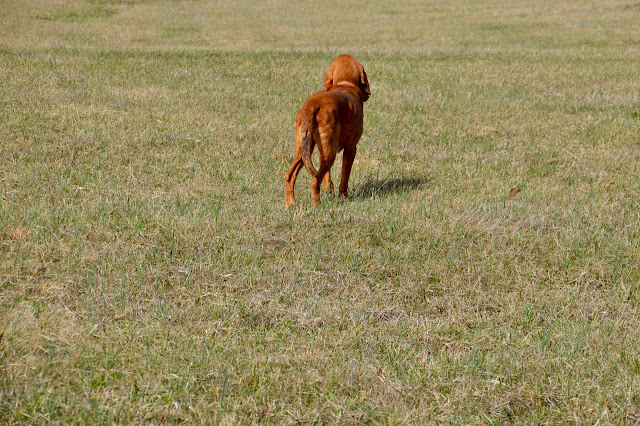 I think I found the reason for each of them to not bother exploring the back edge of the field. Just as I made the final turn home on the path, I see this. I am not a hunter but if I am not mistaken that looks like a deer hoof print to me and it's pretty recent. 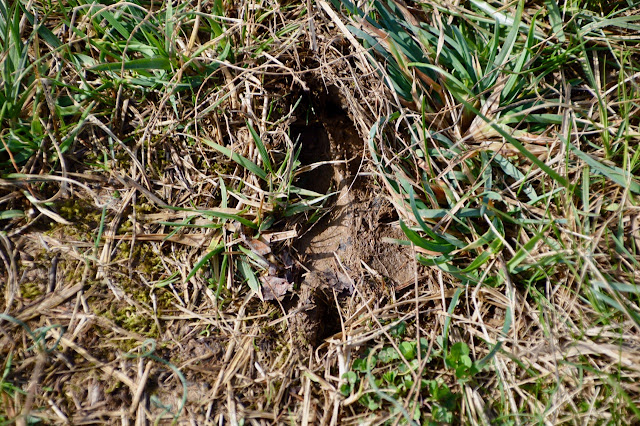 Without saying a word, Stella decided it wasn't what she wanted to do, heading to the 'no fly zone', she had something else on her mind today. 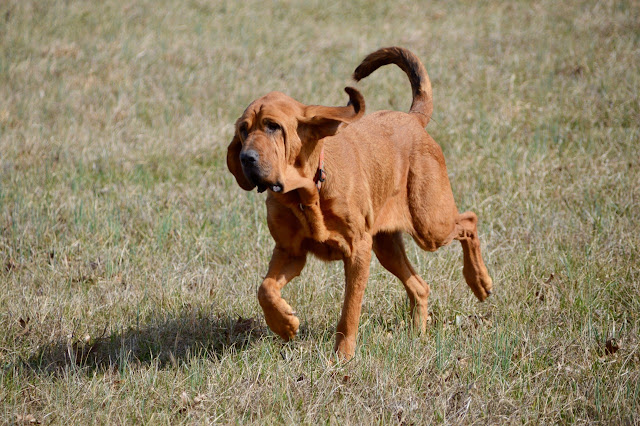 Yet, she had to pace herself. The slower she walks the longer the walk will last. It is a nice morning out so why not enjoy it for as long as possible? 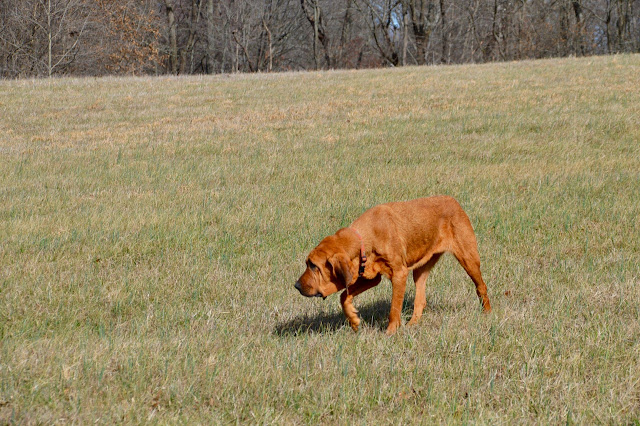 Following the path on a wet and saturated path ... I see two more of what I think are deer hoof prints, while they were running. 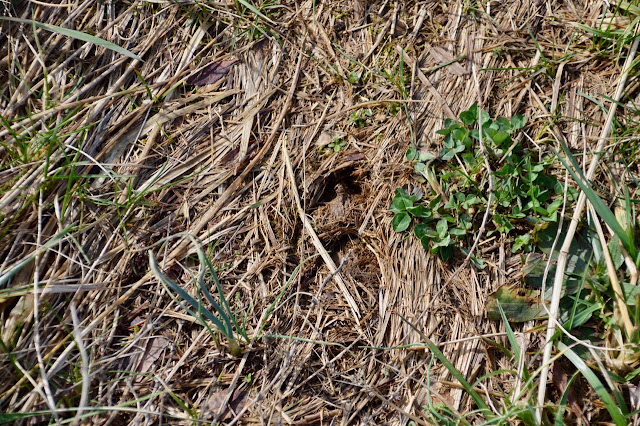 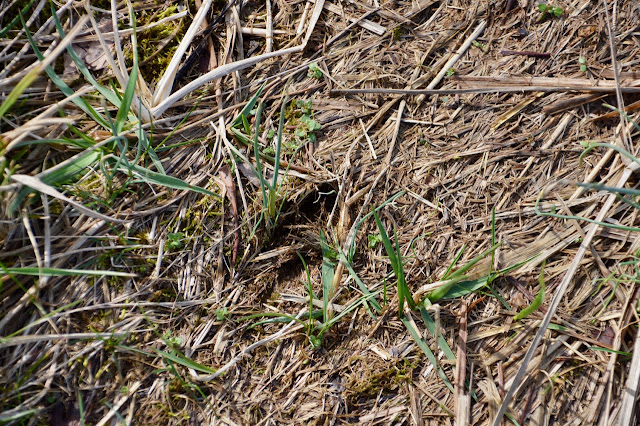 Neither bloodhound showed any interest in the prints I had found. They were on their own path, at their own pace. Neither ran out of their invisible boundaries. 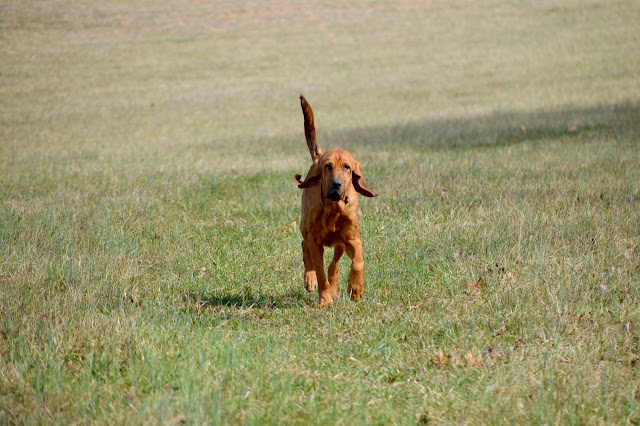 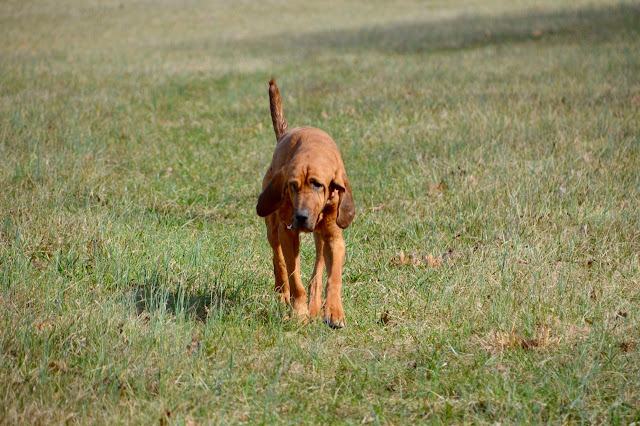 Like I said, you can't run all the time because the slower you walk the longer the walk will be. This is a sequence of Stella's final path back to the house. 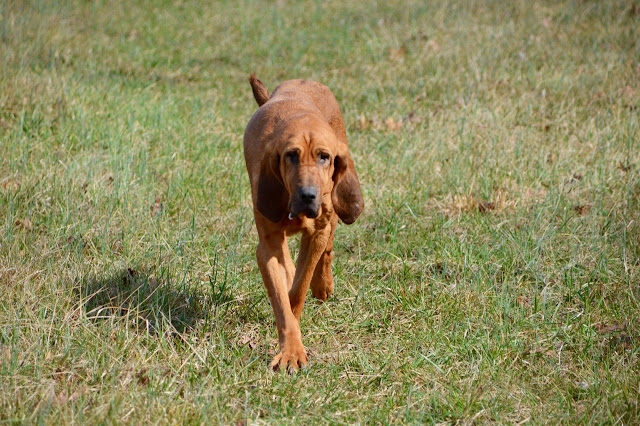 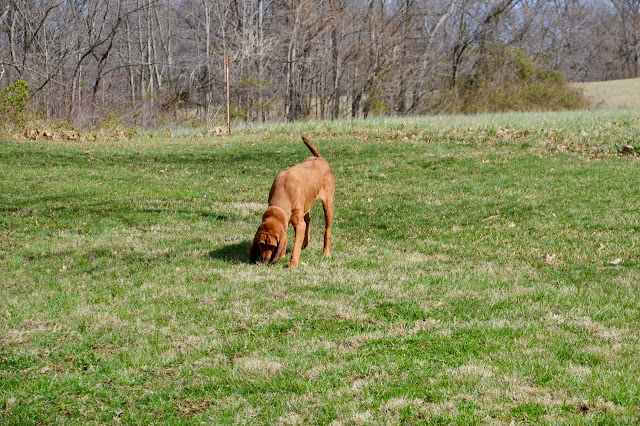 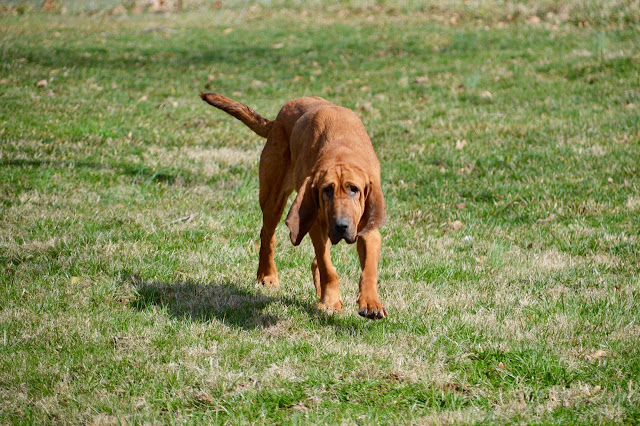 I mentioned earlier I took the Z4 out for a drive yesterday. Too cool for the top down but it's still a fun car to drive. I decided to take it out to the freeway and head to Bloomington. I wanted to have my friend look at a couple of things I found after washing the car last fall and see what he suggested. I tried to keep it 5 mph over the speed limit but there were times when on long stretches of highway where I could see no cops were up ahead, I accelerated a little bit more.  :)

As soon as I got home from that trip I grabbed the 25' retractable leash. I wanted to walk the hounds for their second time yesterday but I was in a hurry to go downtown for dinner at the Chinese buffet. All you can eat for $8.

I had just let the dogs out when I returned home from dinner and saw one of the best sunsets I had seen in a while. The pictures do not do the sunset justice. It was a lot more beautiful than I could capture with my camera. 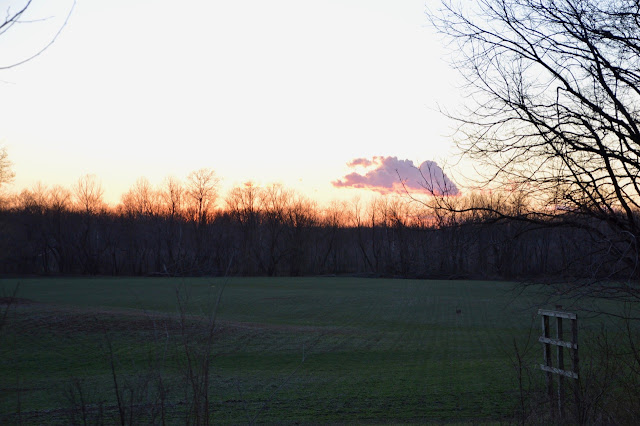 I was only going to include this middle picture in today's post. It wasn't until this morning when I was editing all of these pictures I had downloaded from my camera, when I saw two deer in the picture above and only one of them in the second picture below. I was totally focused on trying to take a picture of the clouds. 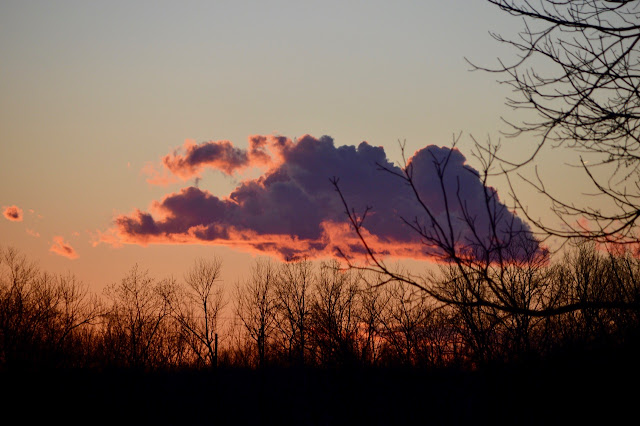 The hounds were outside but didn't smell or hear the deer across that highway. In all of the years I have lived here, I have had hounds stand up here on the hill and stare back at the deer that are staring at them ... but fortunately I've never had a hound take off running across the highway to chase the deer in that field. When I see deer over there I am either putting the hounds back inside or grabbing their collars if I see they have noticed deer across the highway. 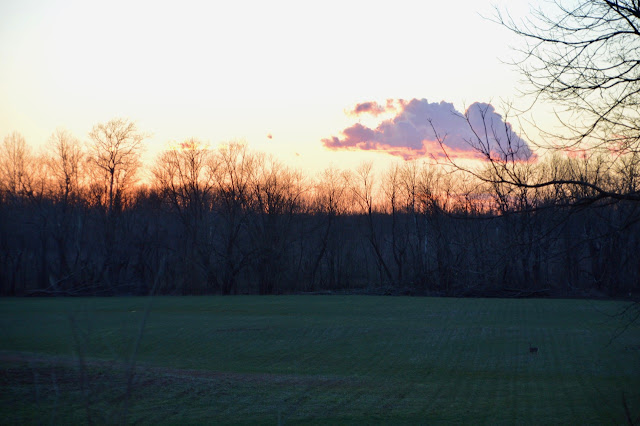 There was the time last year when the hounds and I were outside late, when I see a deer running across the highway toward the neighbors yard ... followed by at least ten more. You could hear the thundering herd as they broke tree limbs while sprinting into the woods south of my burn pile.

The hounds never noticed. They squatted, they peed and returned to the house in the dark like nothing was going on.

With the sunshine out today, I'll take the Z4 out in a different direction. Still not warm enough for putting the top down. It's a nice change of pace just to cruise over the hills and through the trees. It isn't much further west where the land is all flat, few tries and all farmland.

Sadie and Stella have decided they have waited long enough for me to finish this blog post. It is well past their lunch time kibble. Stella is howling ... Heidi is barking ... Sadie is hopping up and down.

Retirement is pretty good right now in 'the tropics' of southern Indiana.
at March 08, 2017