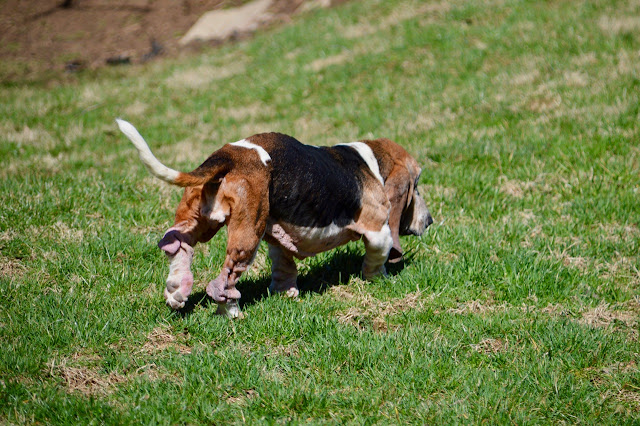 It was just after her lunch that she moved out into the backyard. That's been rare in the last 12 months. I was picking up the sticks that blew into the yard a few days ago. Sadie and Stella were in the field. It was good to see Heidi outside enjoying the 60° weather. 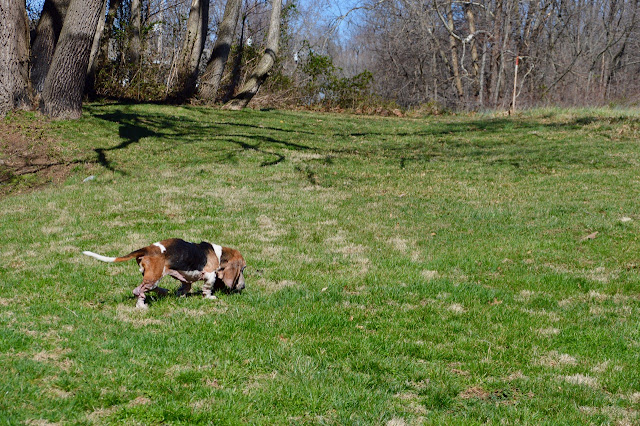 For new readers that are not familiar with her skin issues, in the fall of 2014 her skin condition worsened and the steroid shots were no longer working. You can search "Heidi's Skin Treatment" in the search box and read all about it. Her skin is ugly but it is soft and supple, something that was not the case at times these past two years. 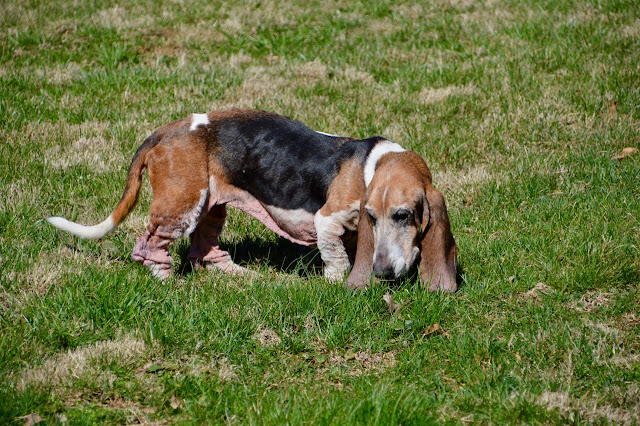 Different vets have told me that hair will never grow back where you see that slightly red skin on her legs and stomach. Without hair it just magnifies all the folds and loose skin that basset hounds have but hair covers. It looks worse than it is. 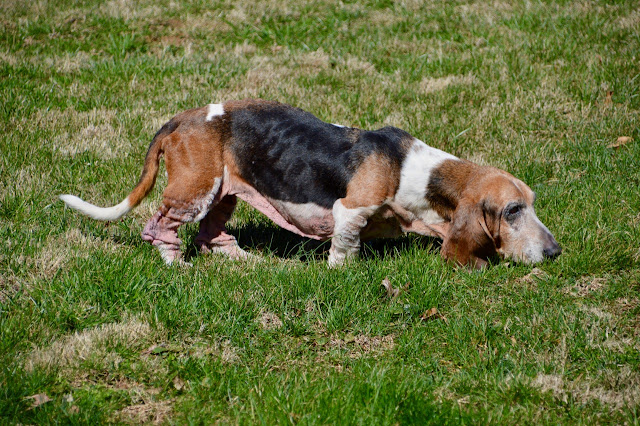 She feels like she has gained some of her weight back, when I lift her. I'll find out for sure during her next vet visit for an annual check up. Past blood work tests have proved to be normal, nothing going on inside that is bad.

I think this vet visit I am going to ask the vet to give treatment as if she or he is seeing Heidi for the first time and not basing treatment on her past 6 years. Any suggestions? 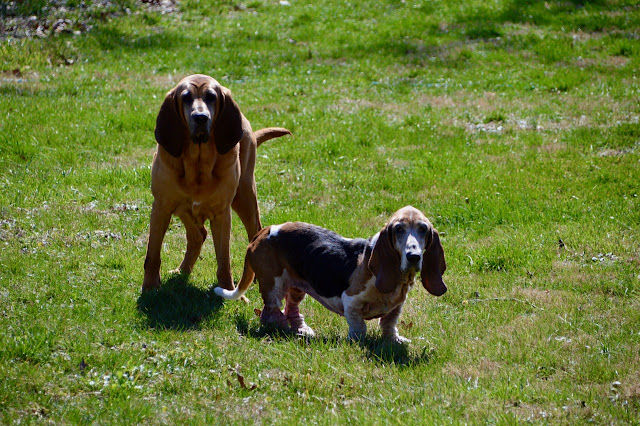 She seems happy, she wags her tail a lot even though I find it hard to catch it in motion with my camera. 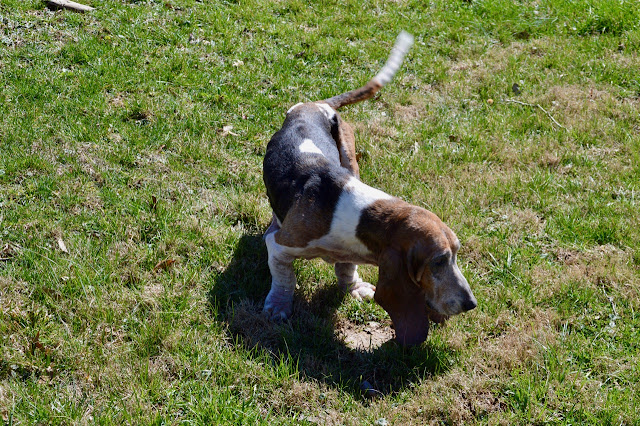 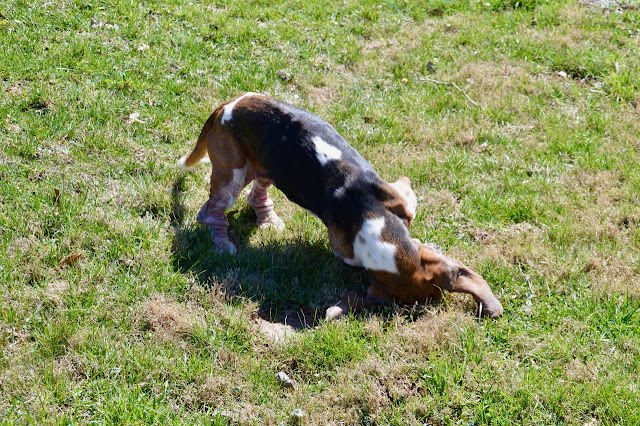 Sadie stands by just to make sure everything is going okay. She knows it's rare when Heidi spends any amount of time outside. Plus Sadie is the 'supervisor' of all things here in 'the tropics'. 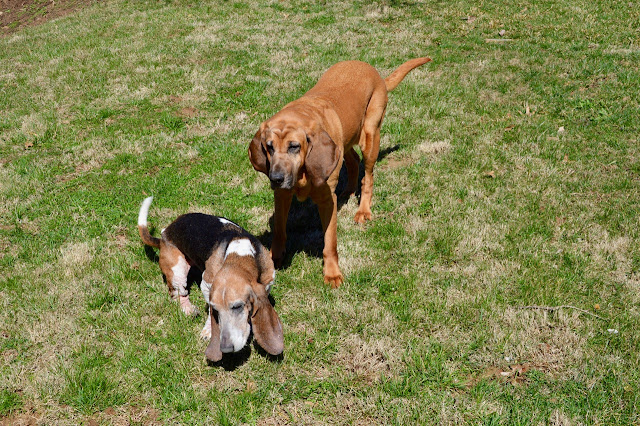 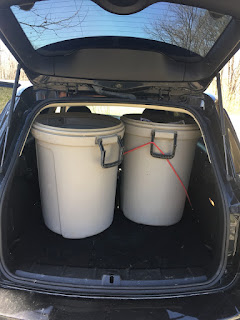 I took the hounds back inside because I wanted to load up the Countryman with both trash containers. One would be my bagged trash with anything not recyclable. The other container would hold those recyclables.

At the county recycling center, nothing needs to be sorted. That makes it much easier for me and I've been recycling on a regular basis for almost two years now. When I had to sort it before I rarely made regular trips to the center.

Based on my measurements of the height and width of this particular trash can, I was pretty sure that two of these trash cans would fit in the back of the Mini Cooper Countryman with room to spare.

When I returned all the hounds came outside. Even Heidi started for the door without me asking her if she wanted to. She must have remembered how nice it was earlier. Sadie and Stella had to supervise me taking the two cans out of the car. I had to hose out and rinse the one holding the bagged trash. 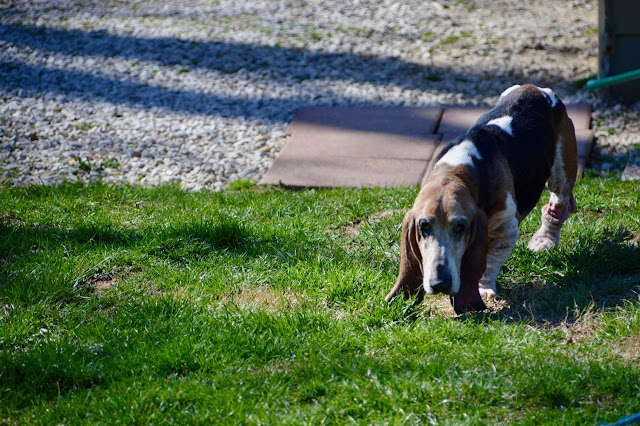 By the way Heidi was acting I thought the chances were good that she might go one the walk today. Sadie and Stella had already moved to the field while I ran back inside to grab the leash and my camera. 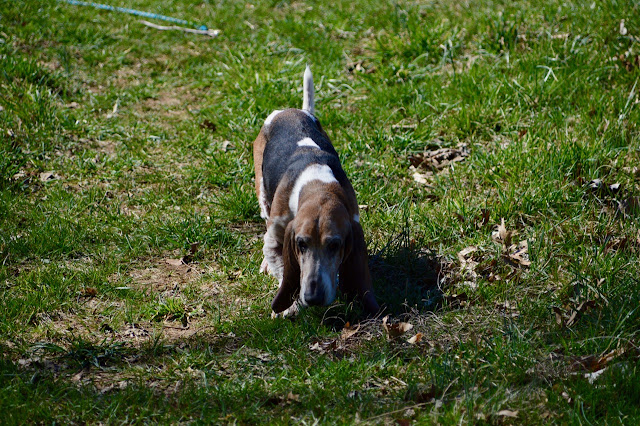 With the ground still soft and slight wet in spots I wondered if Heidi was really going to walk. She has never liked getting her feet wet when outside. That is one reason she hides under the roof overhang when it's raining and she has to pee ... it's dry.

So this afternoon it did not surprise me to see her step to the side of the muddy spot on the path. As she tip toed around it and out into the thick grass I was pretty sure she was about to 'cancel' her walk. 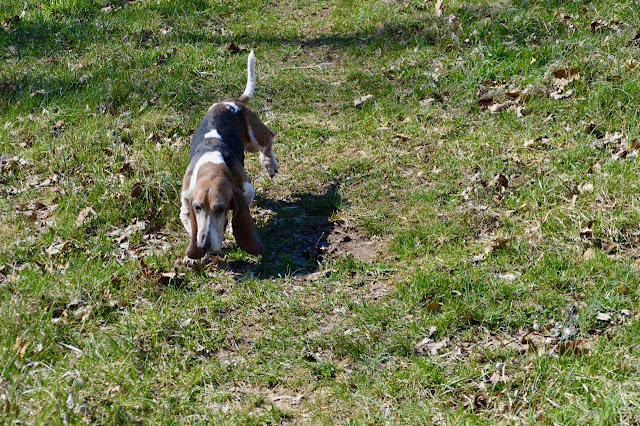 She didn't go to far but her nose and tail were working non stop. By this time Stella has ran way out in front of me and was headed for the woods behind the neighbors house. She must have known I was busy with Heidi and she tried to escape. 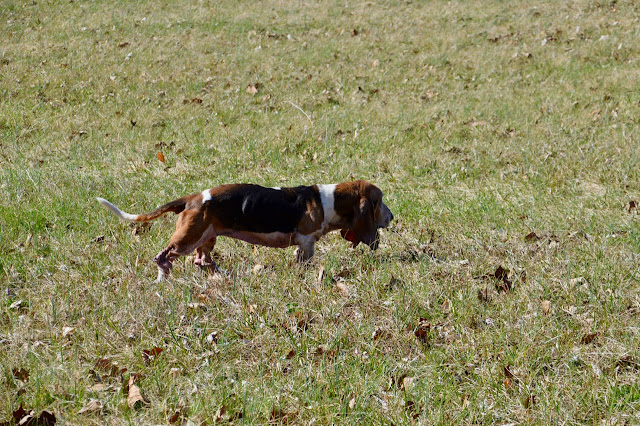 Sadie was somewhat confused. She stood halfway between Stella and Heidi not knowing which direction to go. She kept glancing at Heidi and then back in Stella's direction. She is the leader of the 'group' and doesn't like leaving anyone behind on the walk. 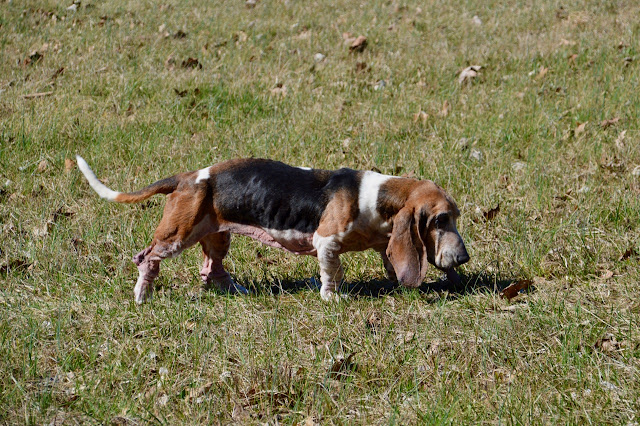 Heidi was sniffing around when I had to take off after Stella or she would be long gone. As I looked back at Heidi I knew the walk for the bloodhounds would have to be canceled until later this afternoon. I had to catch Stella and bring her back first before returning to Heidi.

I wasn't going to leave Heidi behind. 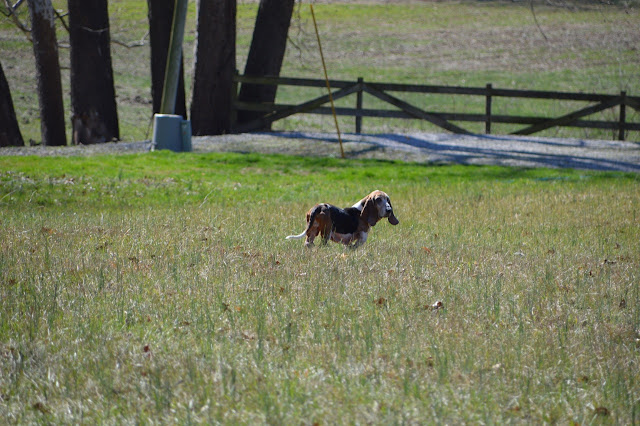 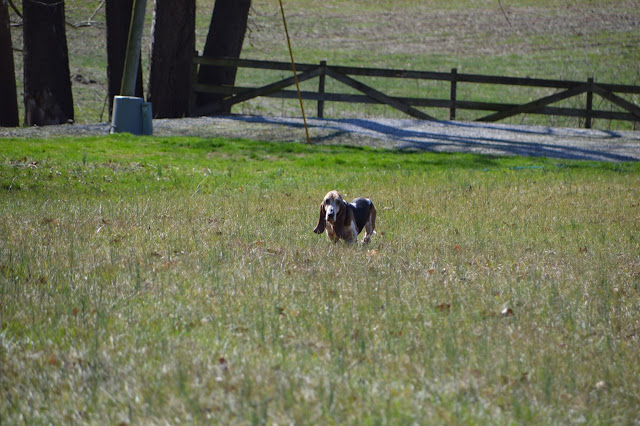 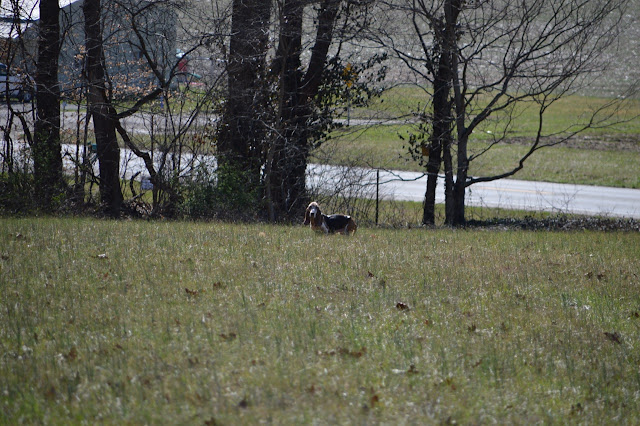 Once she saw that I had Stella under control and trotting back in her direction, without hesitation Heidi turned and went trotting toward the house wagging her tail all the way. The door opened and she sprinted for the living room and jumped up on the couch for her siesta in the afternoon sun. 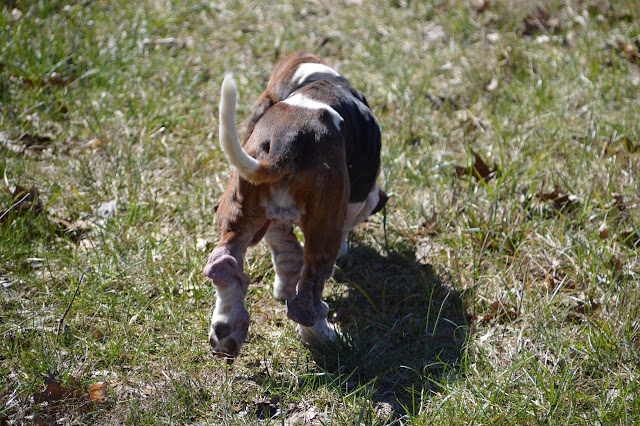 It wasn't long after they all went back inside when they were sleeping like they normally do every mid-afternoon. The house gets so quiet while they sleep that I am not sure I could ever live without a hound, at least one.

After all of this activity there was still time for another walk with just Sadie and Stella. I was also able to take a nice drive in the Z4. It's been a great day today, now if I can just get those dishes finished before I start my college basketball marathon tonight that will last for the next three weeks or so.

Snow is coming this Saturday in 'the tropics' of southern Indiana.
at March 08, 2017