Grass Cut And The Hounds Take A Walk

It wasn't soon after that last photo in the previous post that I could tell not only was I going to cut the grass in certain spots of the yard ... the hounds were going to get their first walk after a 5 day layoff. I started by letting the bloodhounds sun bath in the yard while I picked up more sticks from the last storm. During this time I could tell I would mow half of the backyard. As far as the front yard I was going to mow the edge of the driveway all the way down the drive. Other than that I would mow just the upper corner of the yard.

I will have some trim work to do later this week. I am thinking of installing landscape edging like I have in the front, all along the back of the house to keep the river rock and grass separate ... but that will be later, not this week. Plus you can see those pesky weeds are growing fast in my driveway just yelling at me to spray them and put them out of their misery. That will also happen later this week. 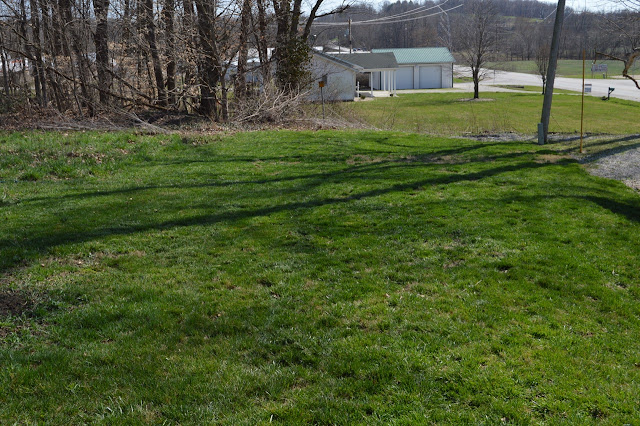 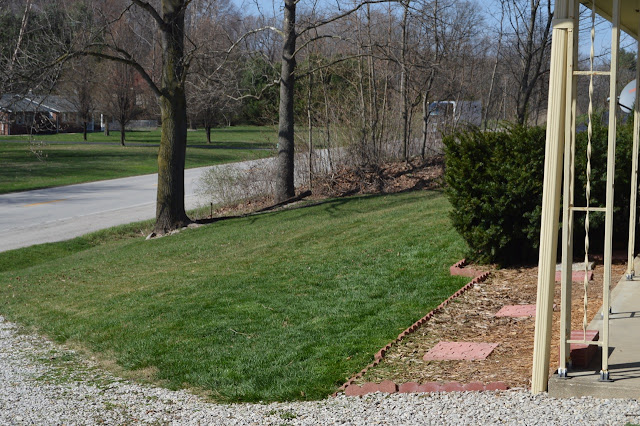 After sitting in the sun for about 30 minutes, Stella was completely wore out for today. Looking at her you would have thought she was on her last legs. She did find out that if she stood next to me, it to be pretty easy to let her bloodhound drool find a place on my leg. That stuff is the best glue ever manufactured. A whole field to roam or a freshly cut yard to lay in ... she has to stand right next too me. 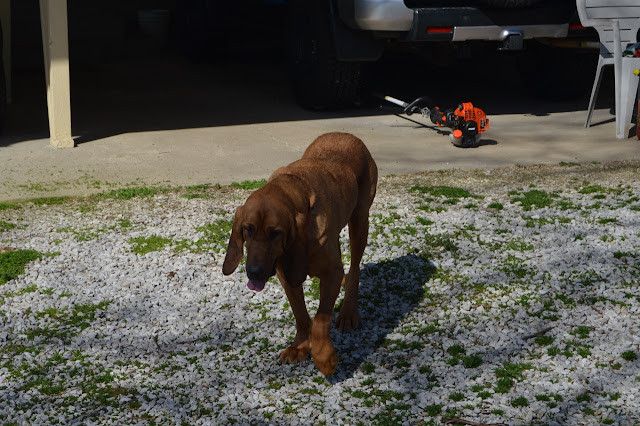 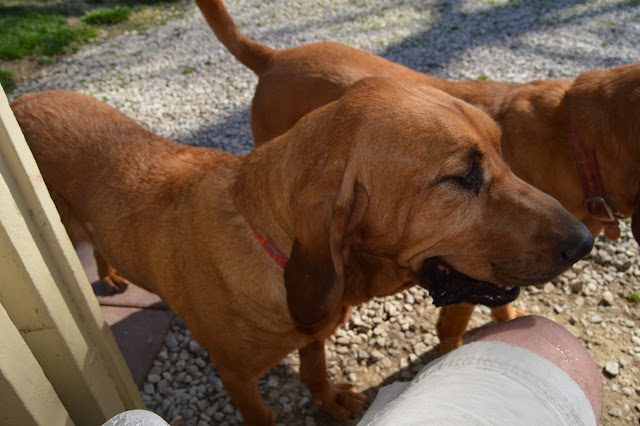 Our relaxation in the sunshine was rudely interrupted by one of the local rednecks. Whether a new engine adjustment on purpose or an accident engine malfunction, his truck backfired passing the house on the highway and freaked Stella completely out. She was frantic running around not knowing where to go. I was able to get her and Sadie back inside the house.

With the time change to Daylight Savings Time it makes it even easier for me to lose track of time. When I glanced up and it was a little past 4 pm, I knew it was time for their first walk in 5 days ... wet grounds or not. It was wet. I could feel the small pebbles of water hit my legs as I walked and could see the stomachs of each hound getting wet as they moved along. 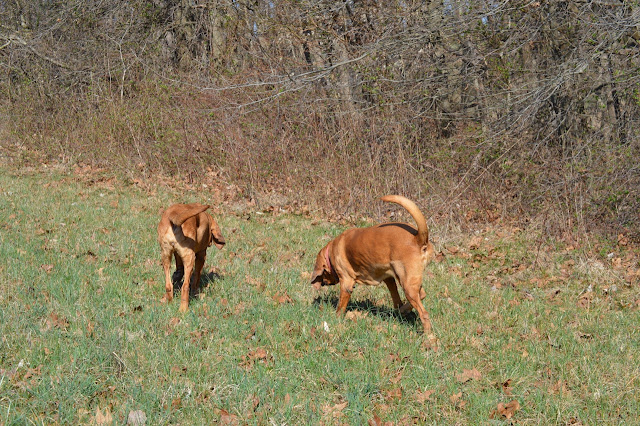 As you can see they were more than thrilled to give their noses a workout and enjoy the sunshine. Stella did great running free. 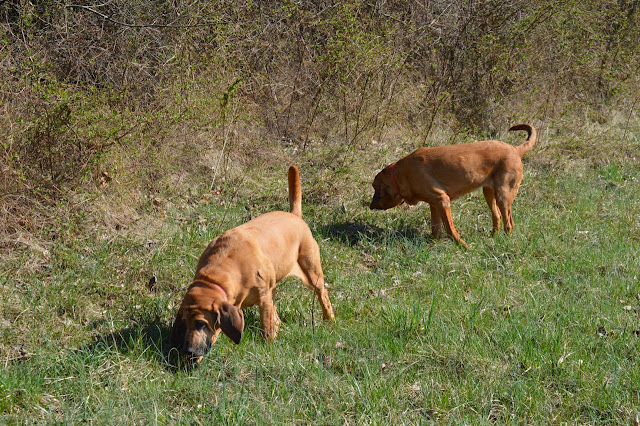 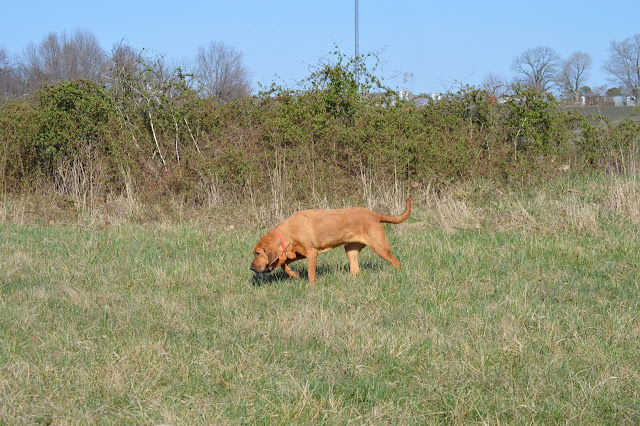 Each time I called her name when she was heading in the wrong direction ... she came running. She must know she is on "double secret probation". 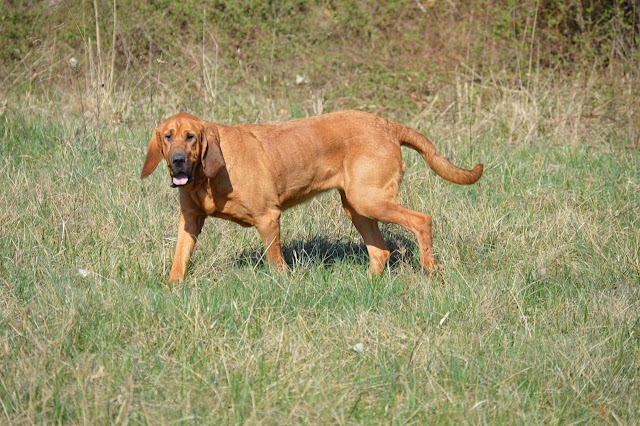 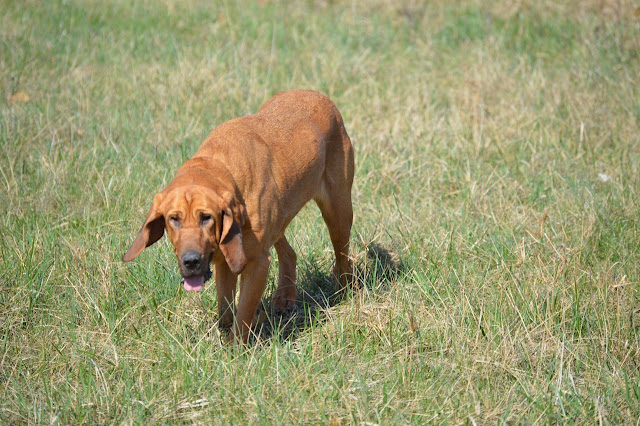 There were still enough things for her to investigate and a few times she was caught lagging behind but never failed to run when called. 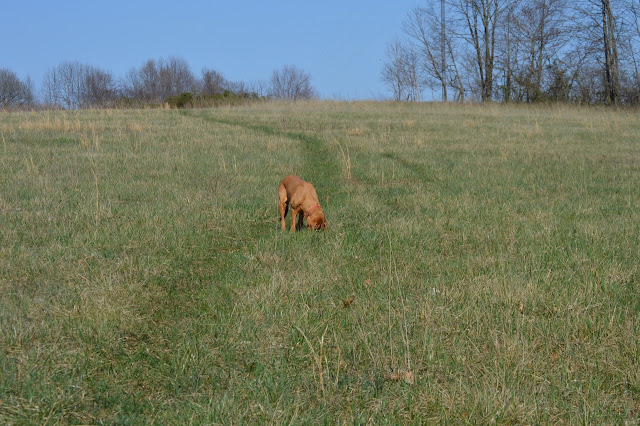 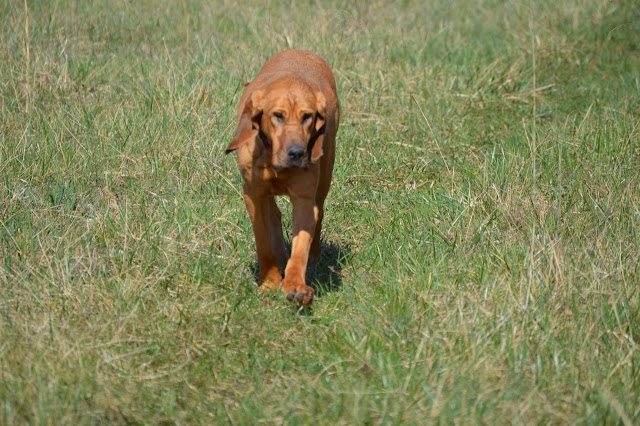 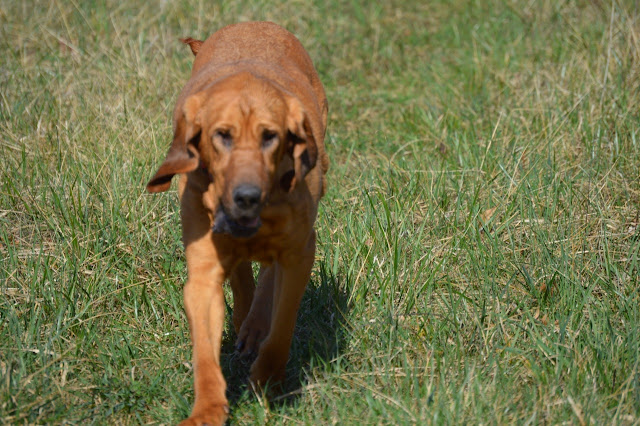 Sadie rarely strays on the walk. She certainly has changed from her wild youth to a pretty laidback bloodhound who will be 8 years old in a couple of months. 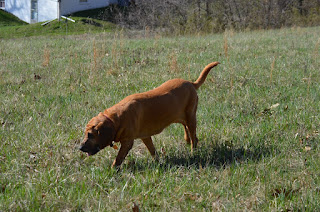 Those weather experts are saying we should get some rain for a few hours later tonight. After that is about 3-4 days of pure hot sunshine. I am thrilled our winter was short and mild. BTW, I did change the blog back to show 3 posts on the first page.

It was up to 78° today in 'the tropics' of Southern Indiana.