Hounds Get Ready For College Basketball 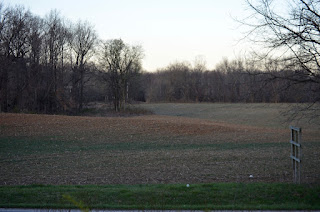 Another great morning here in 'the tropics'. Temps are cool with high 50's but the sunshine is out and the skies are bluer than blue.

In little over an hour, the lives of the hounds and I will stop and college basketball will be all that will happen between noon until late tonight.

The 4 different channels that will be carrying all the games are loaded into my Directv "sports menu" so I can click from channel to channel. The hounds will take their normal spots in the living room and do what they normally do during the day and night ... sleep.

Once the weekend starts and less teams are left, games will start later in the day so the networks can get all the advertising they were paid for, in prime time viewing. I hate to think how long these games will take with all the tv commercials.

So it was a little after 10 am this morning when Sadie came to my computer desk telling me it was time for the morning walk. I wasn't 20' into the field when I glanced down and saw that the Nike's I was wearing were already soaked from heavy morning dew. 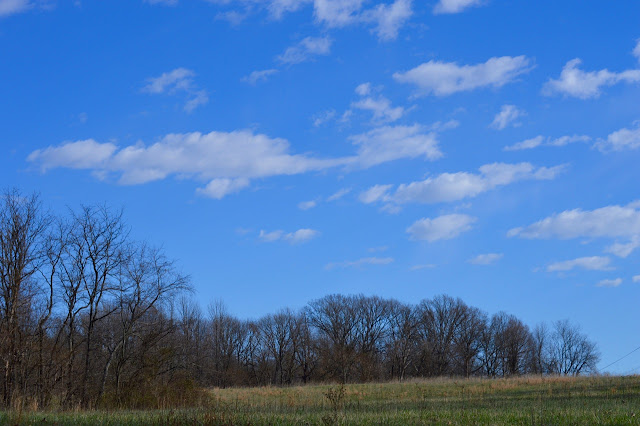 Like I have mentioned before, these walks are on the same path but each is different. Today it seemed pretty slow and neither hound spent much time along the bush line ... they both put their noses to the ground on the path we walk and took off. 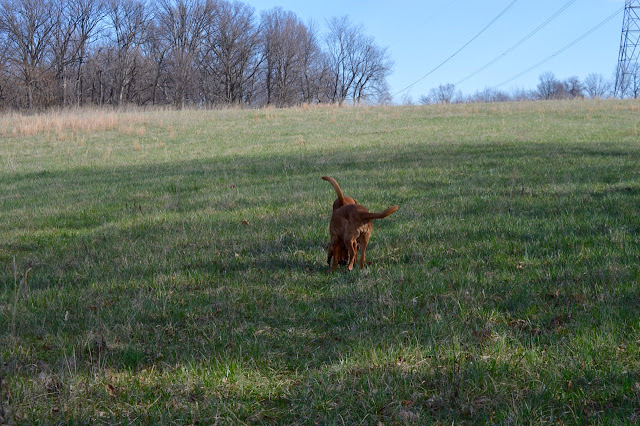 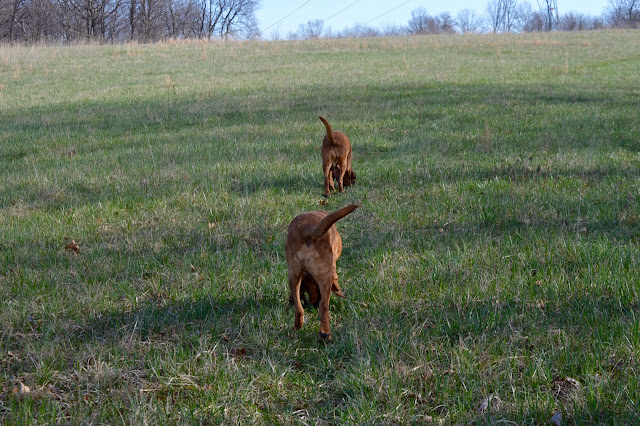 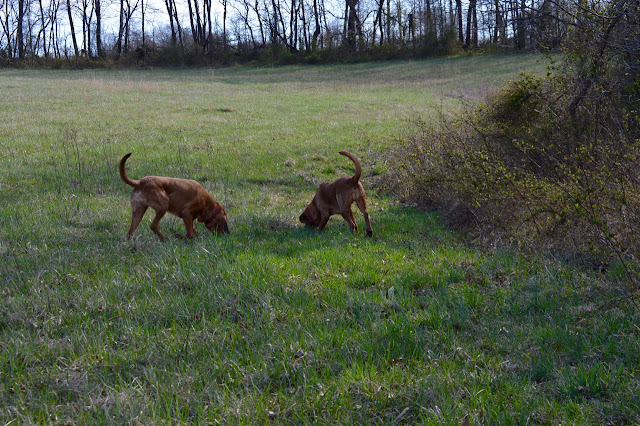 Not a lot of exploring because for some reason, they were both on a mission this morning. Even Sadie followed Stella to the right corner of the field. Their noses must have picked up their treasure of the day a long way off because once they found it ... they refused to move. 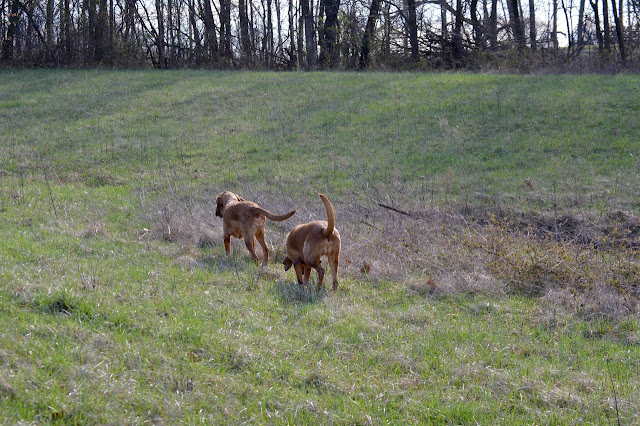 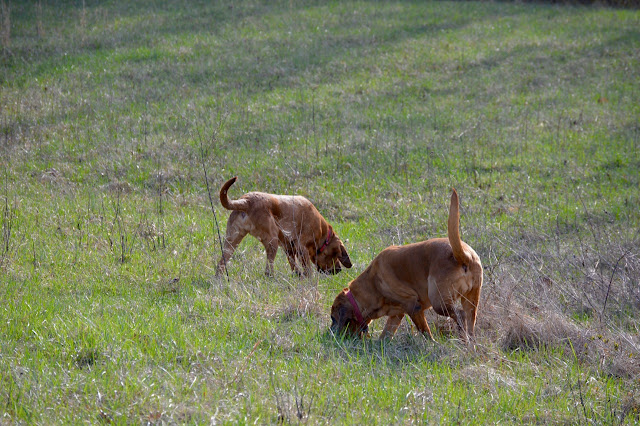 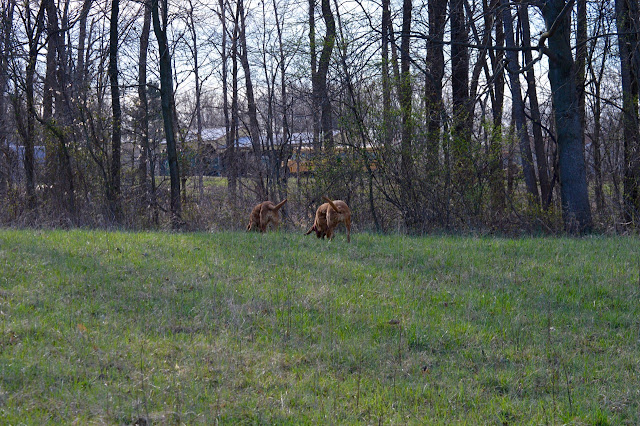 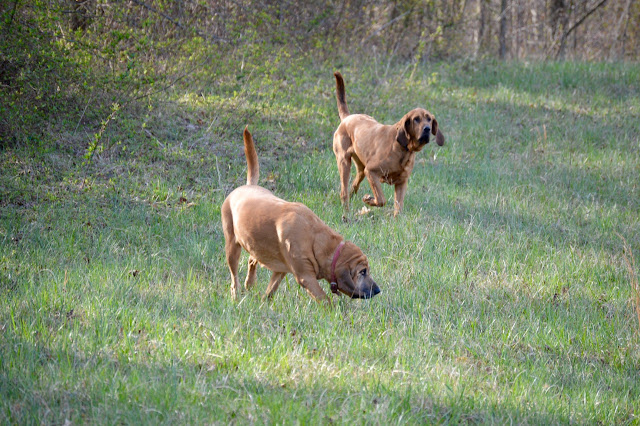 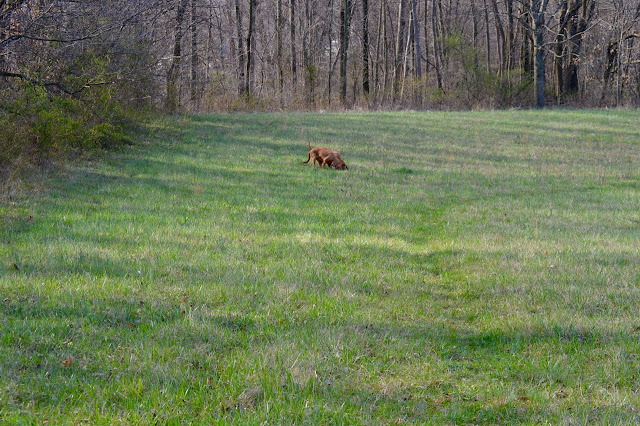 Even after I had turned the corner to head home ... they were still out there. 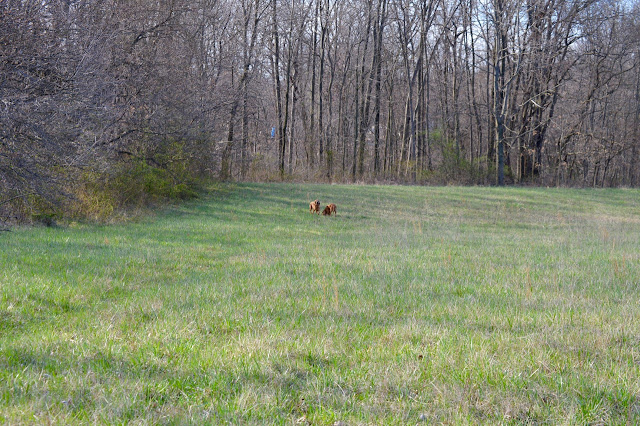 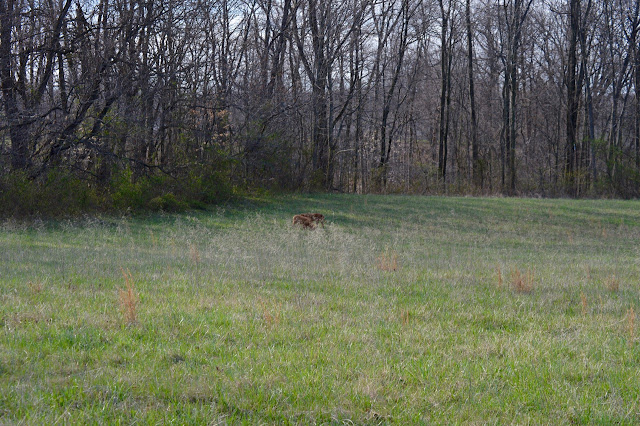 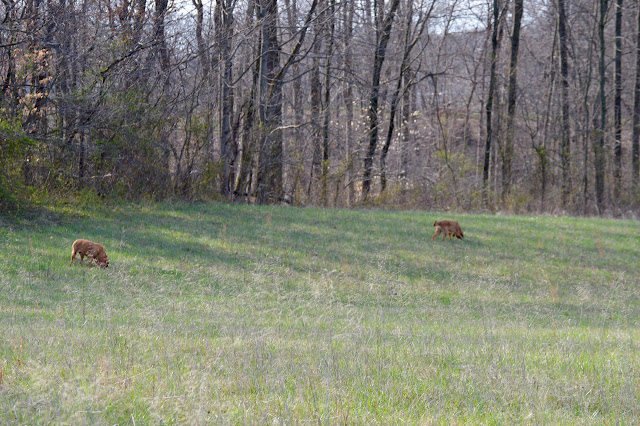 About the time that Sadie decided I was going to leave her, she started running to catch up with me ... Stella?? ... she took off in the opposite direction and I could barely see her without looking through the 200m zoom lens. It was her day be stubborn. 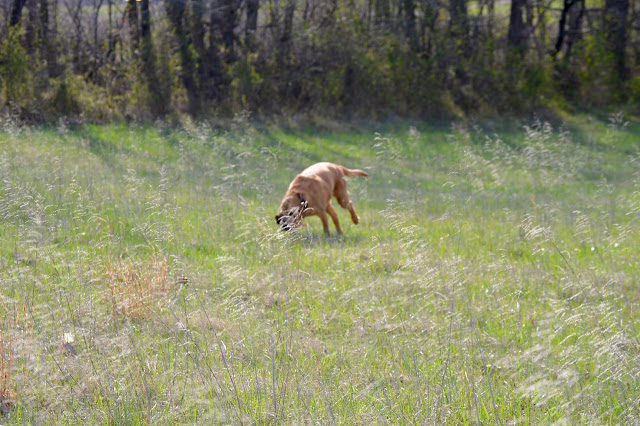 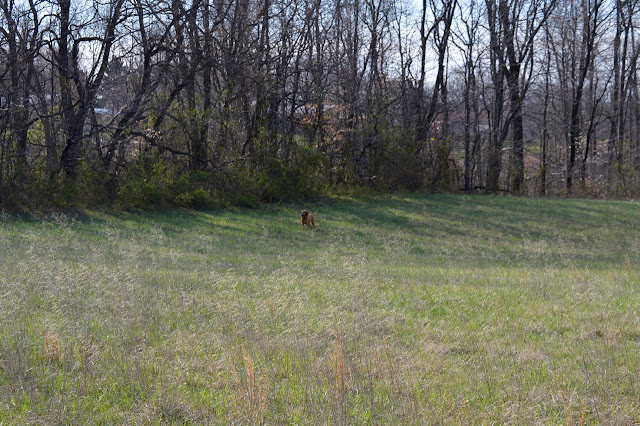 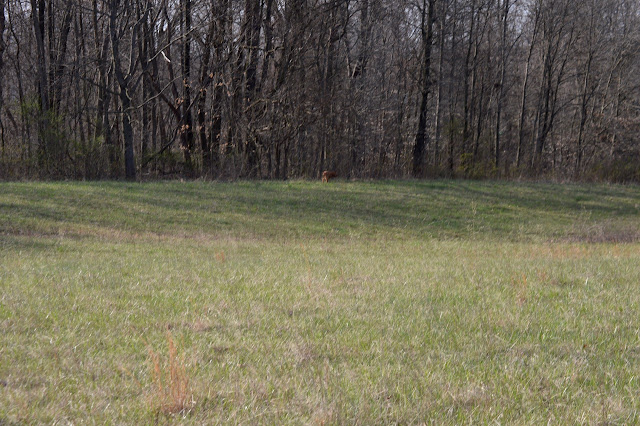 She didn't come when called. That is never a good thing. I started having visions of that 25' retractable dog leash that she use to wear. We might be going back to that.

On her own time she decided to take the short cut to meet me and Sadie on the path. It wasn't long before she was off to a different direction ignoring all calls telling her to come here. 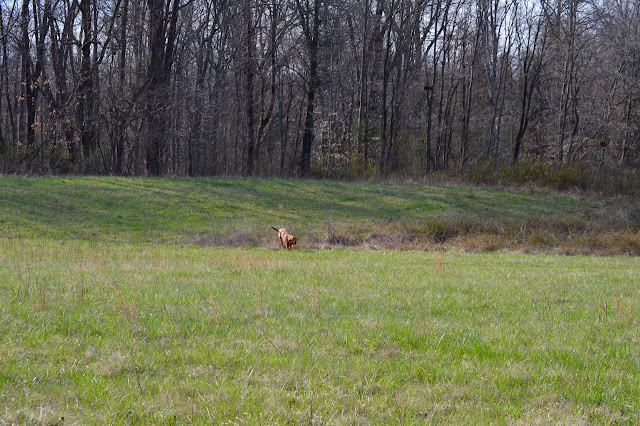 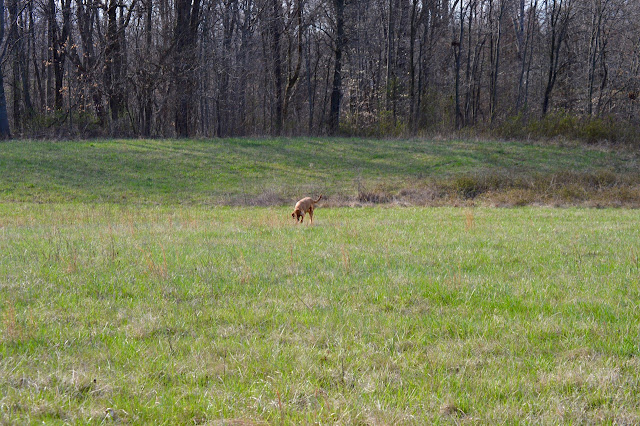 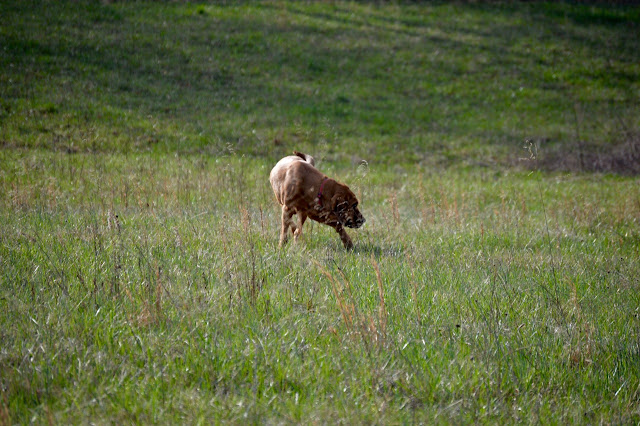 The image of that 25' retractable dog leash just got a lot clearer in my mind.

We made it home safely though and within minutes inside the house, Sadie headed for her dog bed as usual to sleep until lunch. Stella always curls up behind my chair at the computer desk and sleeps while Heidi has been stretched out in the sunshine that comes through the window. 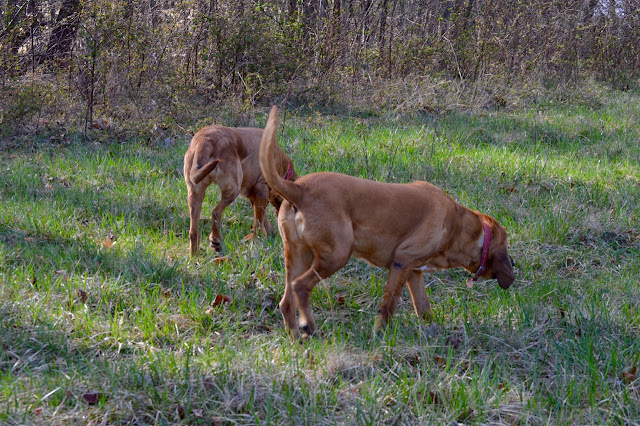 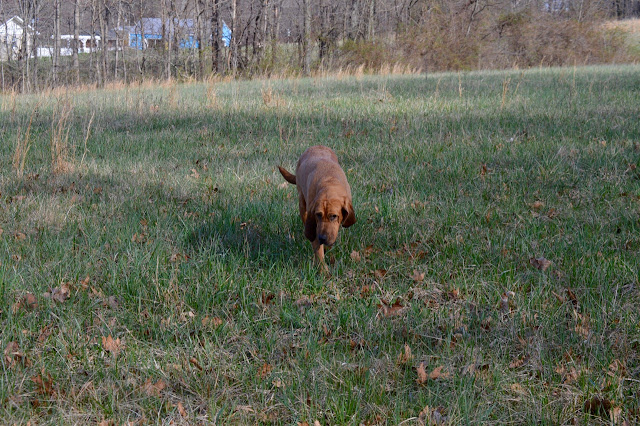 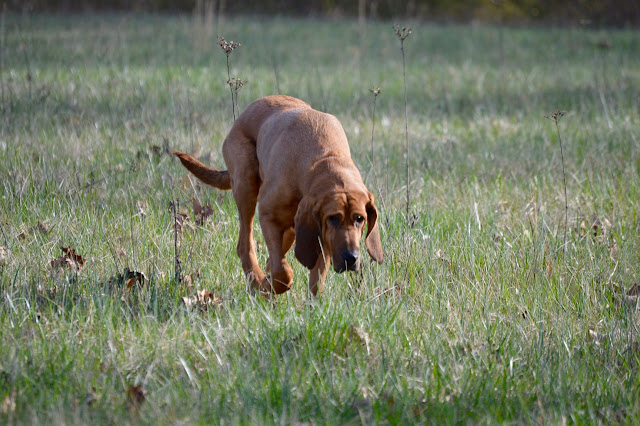 I had my first sign of mole traffic in the yard. I do have a bag of grub worm killer to apply to the yard but I thought I'd hold off and apply it right before the rain. I have a couple of old guillotine mole traps I could try again. Years ago when I tried them, the moles saw them and crawled right around them. 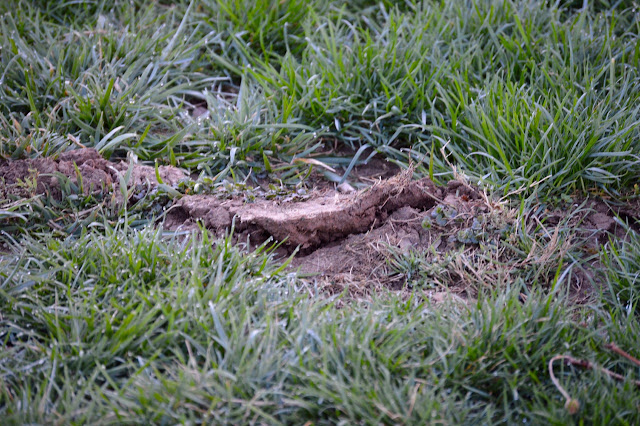 So before I leave here ... college basketball from noon until 10 pm?? on Thursday and Friday then the 32 teams left will play on Saturday and Sunday but start later in the day. I love March Madness.

My food supply was replenished last night ... I love the government telling me there is no inflation, as usual they are wrong again. It's ridiculous how much certain foods have increased in price just the past 6 months.

If I didn't know better, I swear my photos on the blog look clearer and sharper on Google Chrome than what they do on Firefox and Safari. Is that possible? Or are my eyes playing tricks on me again.

I know it will take time to have the google bots pickup my change to the blogspot domain, where people can continue to find my blog in the search engines ... but not many like the change. Obviously all of the people that found my blog by searching "lil snoozy trailer" ... my all time #1 visited post, those people will no longer find me since it is tied to the .com domain I just deleted.

Plus Blogger didn't like the change for a few days ... wouldn't recognize their own domain. I like it though, it's free and I know I will not be moving the blog again as it has found its final residence.

Another beautiful day here in 'the tropics' of Southern Indiana.