Stella Returning To Her Old Self 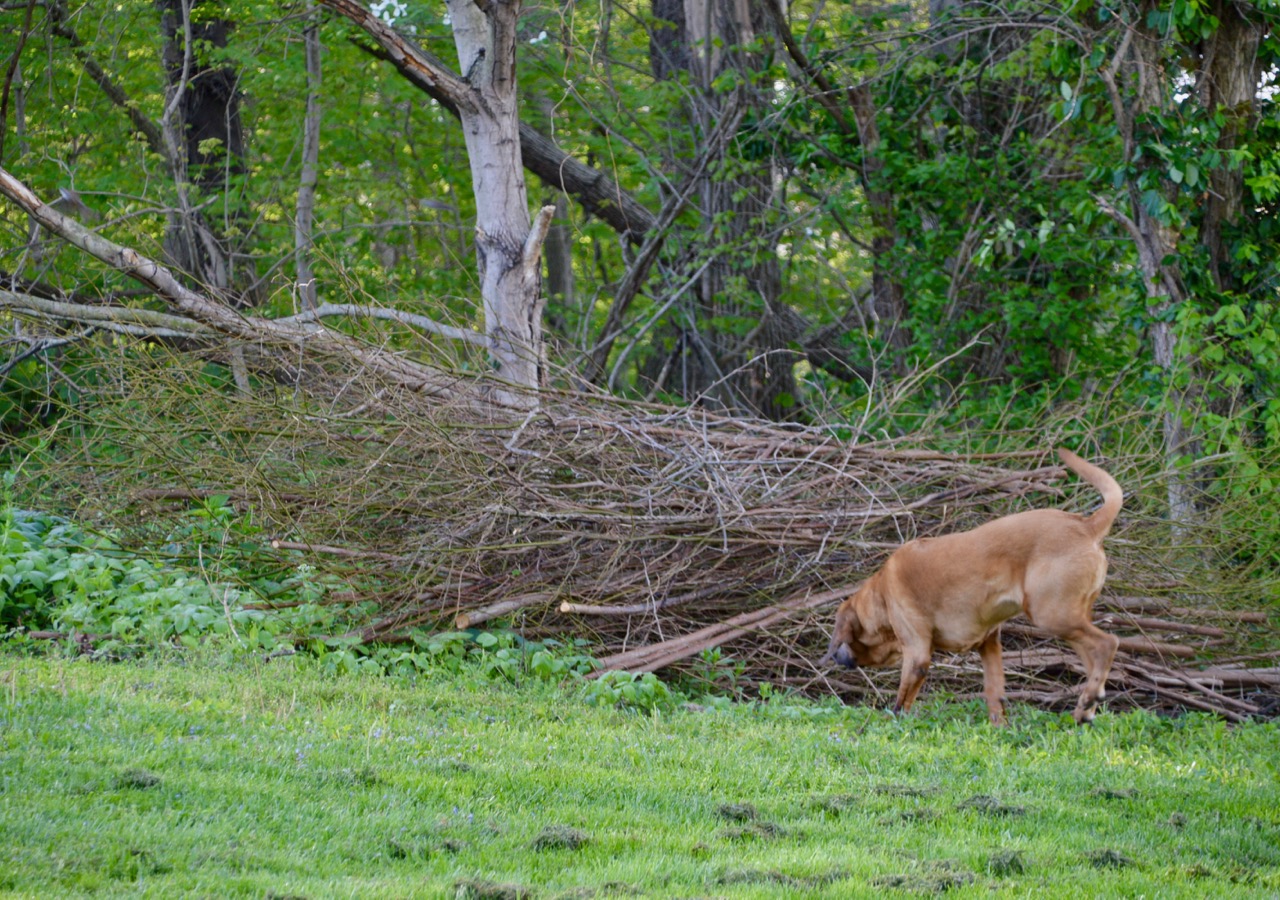 Two steps outside the door Sadie saw there were three birds near her burn pile and took off sprinting to chase them away. I didn't have my camera ready for something that fast but I did catch a glimpse of a robin's orange chest flying away.

I noticed yesterday that Stella was slowly returning to her old self. The side effects of her rabies shot were wearing off but at the same time she seemed better than last week when I took her into the vet on Friday.

This morning she trotted out to join Sadie on our first walk of the day (3 yesterday) and spent most of the walk with her tail upright and curled. 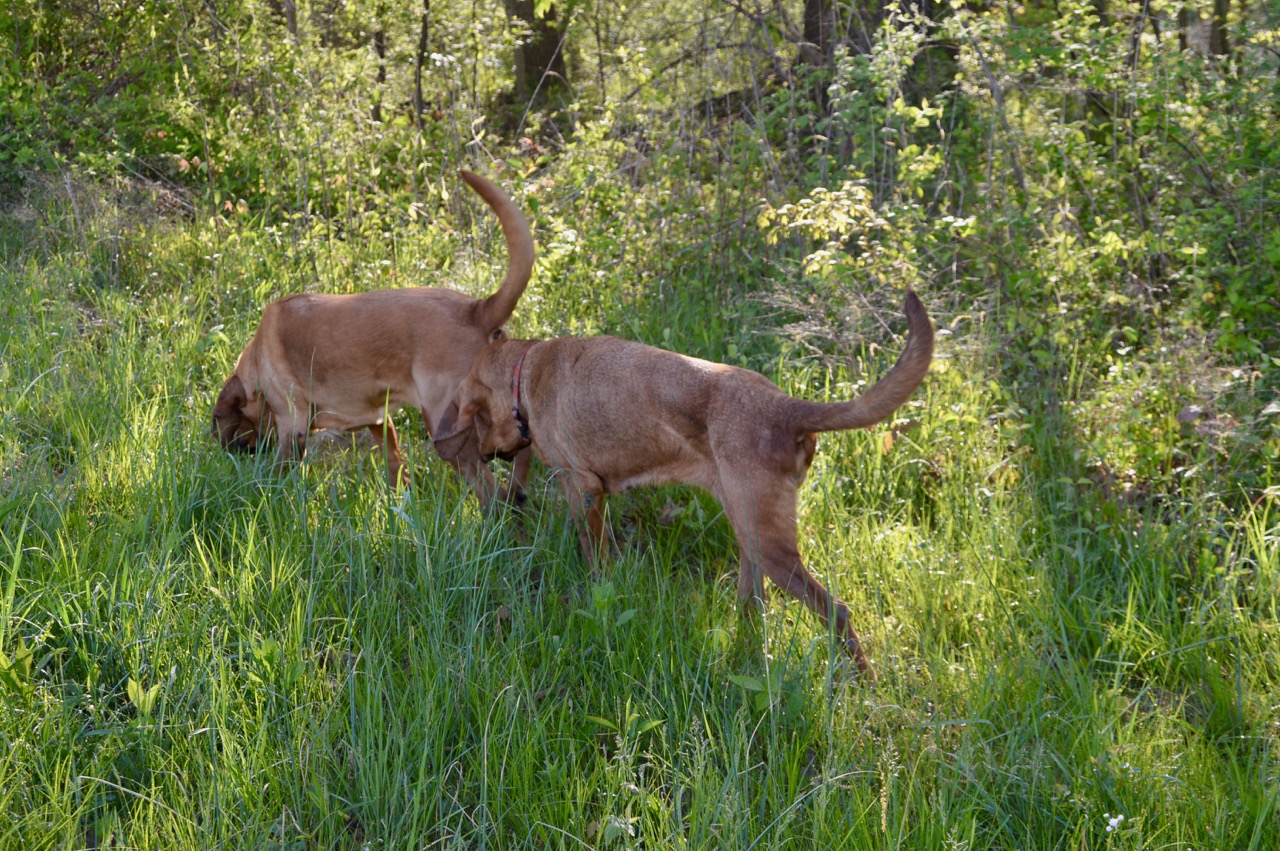 I double checked the date when I made the latest change to dog off and it was in the middle of February. To wait 16 weeks giving the food a change to make some changes or improvements that puts the wait out to the middle of June. I will take her into the vet a few times before that to use the vet scales to weigh her, while monitoring her health. 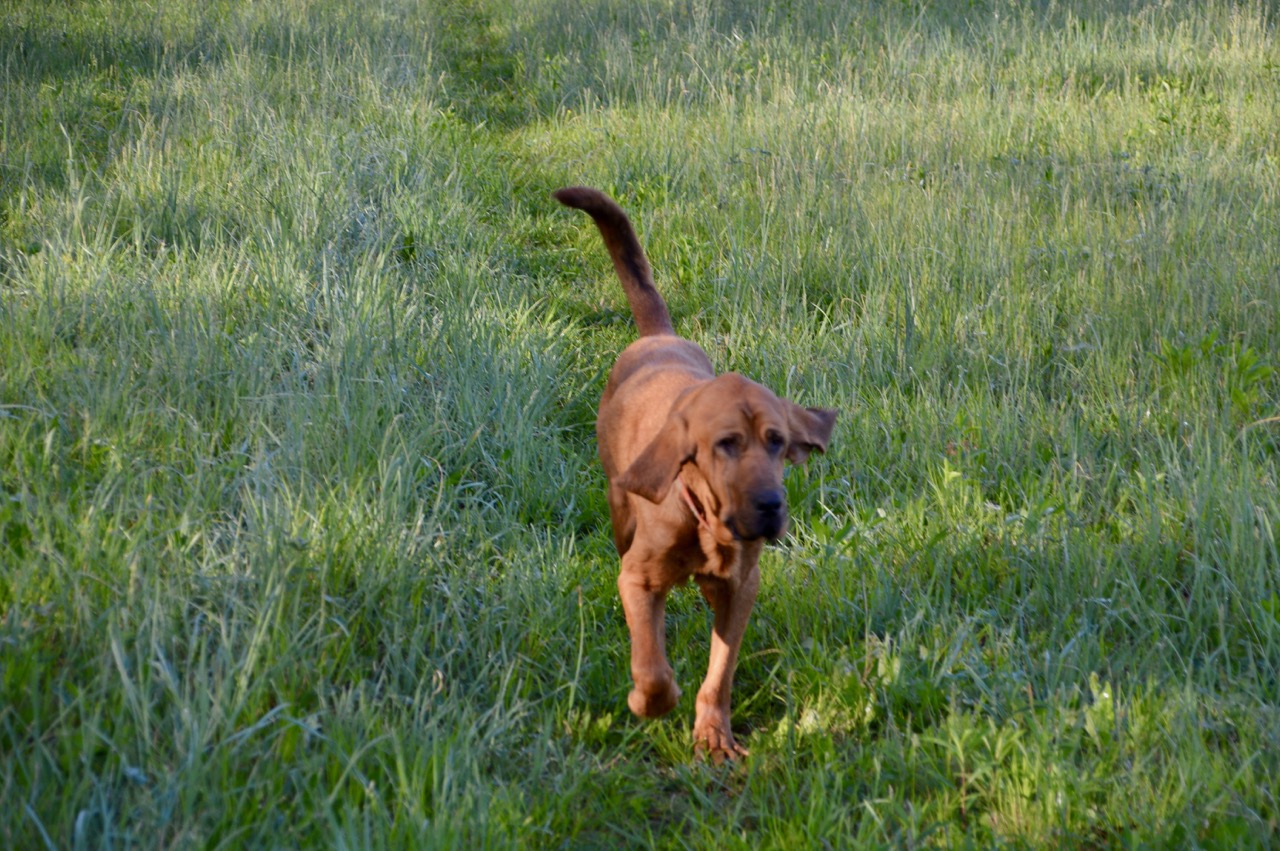 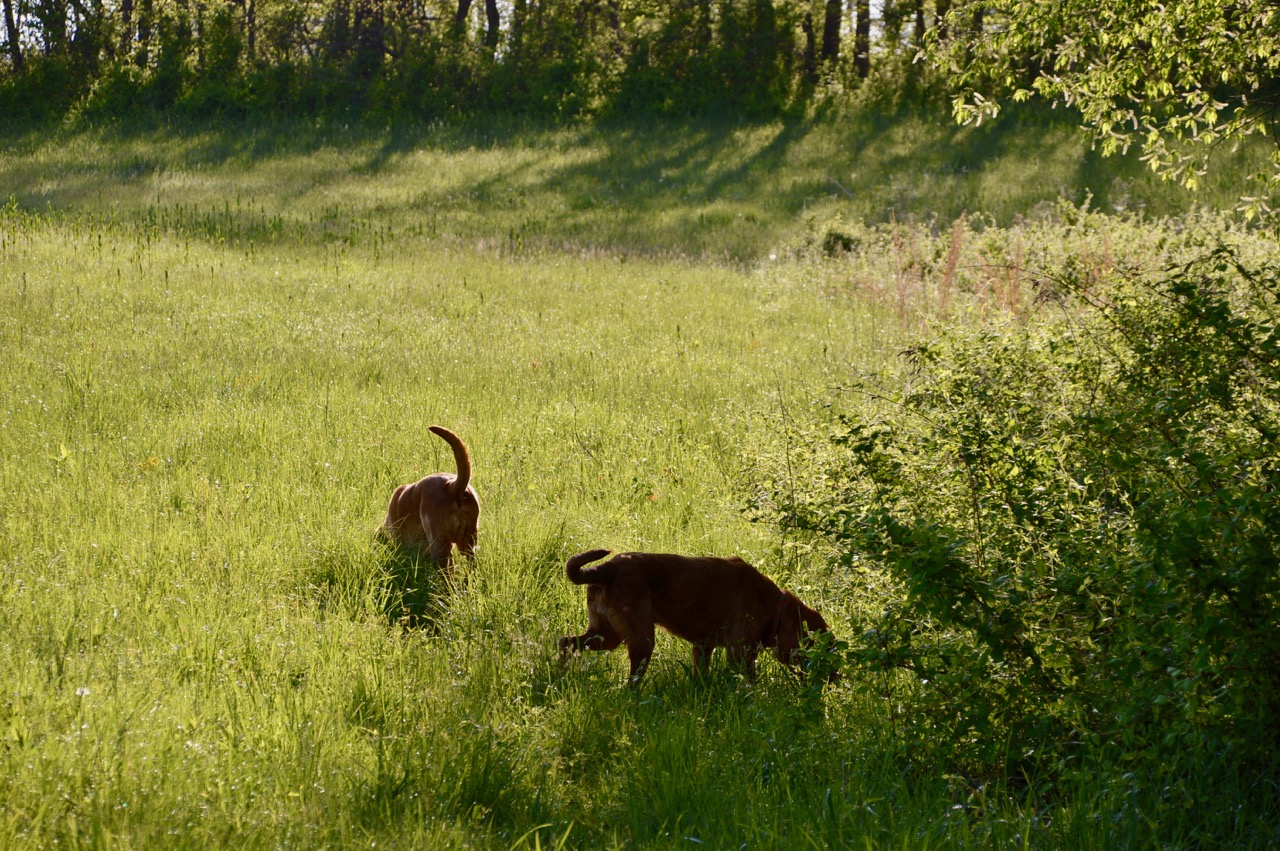 Other ways I can tell Stella is feeling better is the old bloodhound stubbornness is coming back, as evidenced in the picture blow. She is also nudging my hand more when she wants something, goes to the door and nudges the round door knob trying to open it to be let outside. Plus I've caught her a couple of times in the kitchen walking around with her nose in the air, checking to see if there is any of my fruit to steal from the bowl. 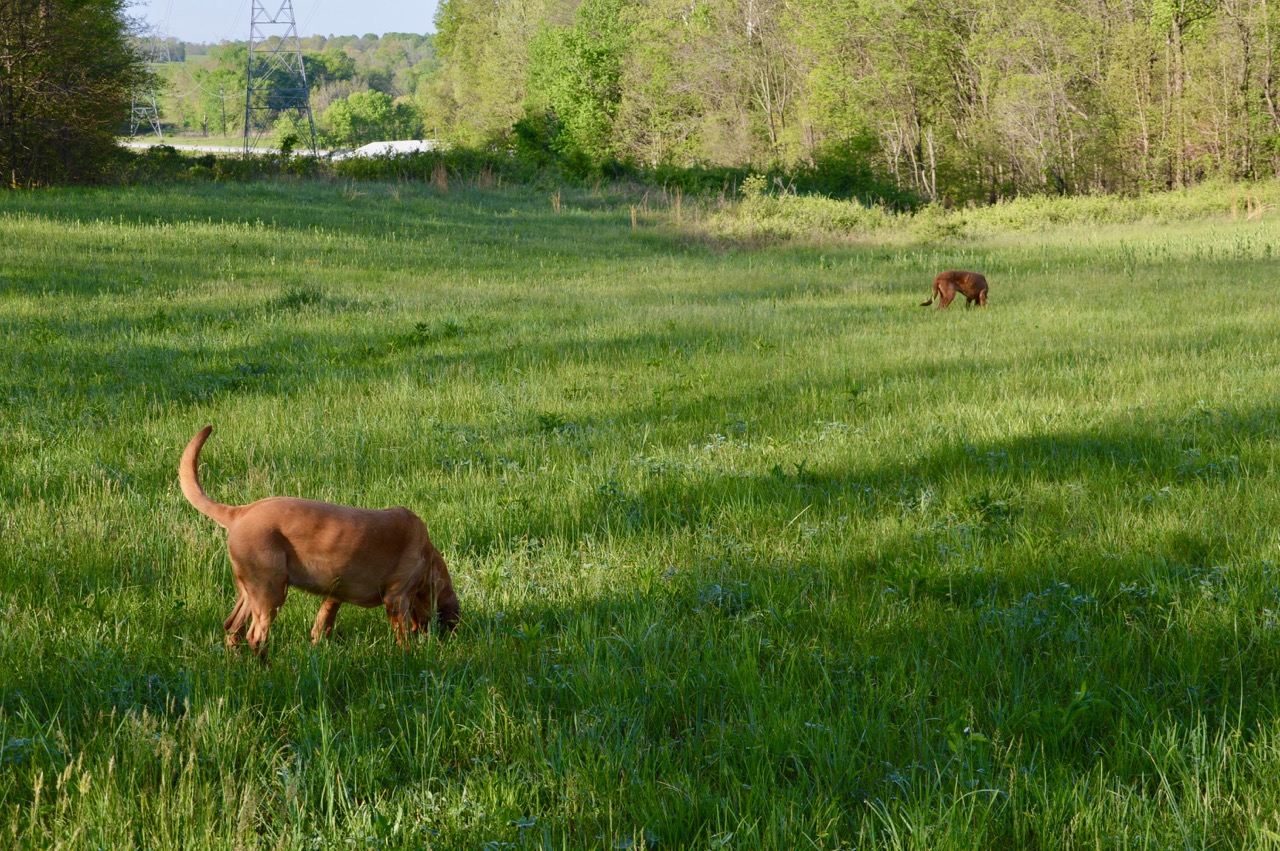 I knew at this time when she wouldn't move, that I was going to have to double back to get her. I'd left her there and continued to walk but up ahead I wasn't so sure that she wouldn't take off into the 'no-fly zone'. The last walk of the afternoon yesterday I had to call her to keep her from going that direction. 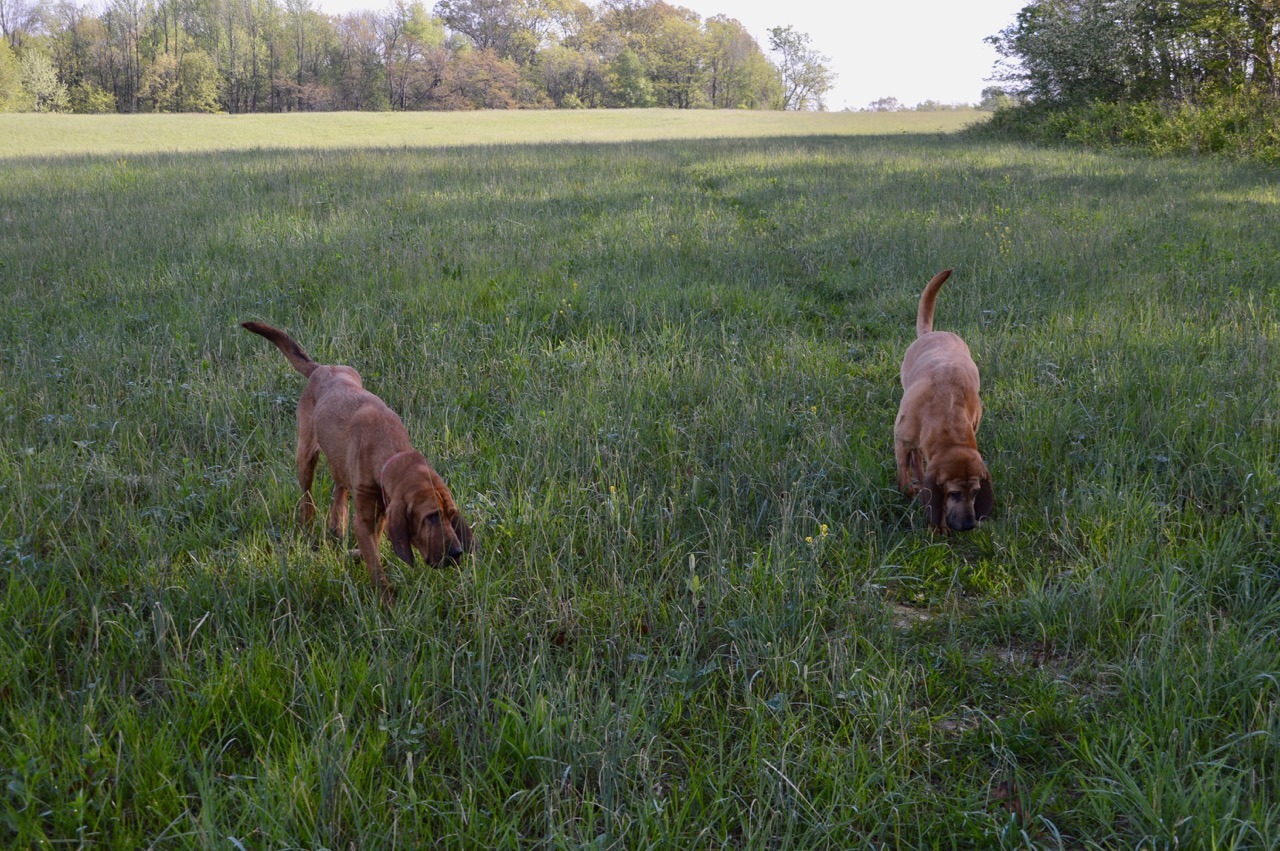 It was a slow pace back to the house but she stayed with Sadie and didn't veer off the general direction we were taking. They were not ready to come inside though when I got back to the house. 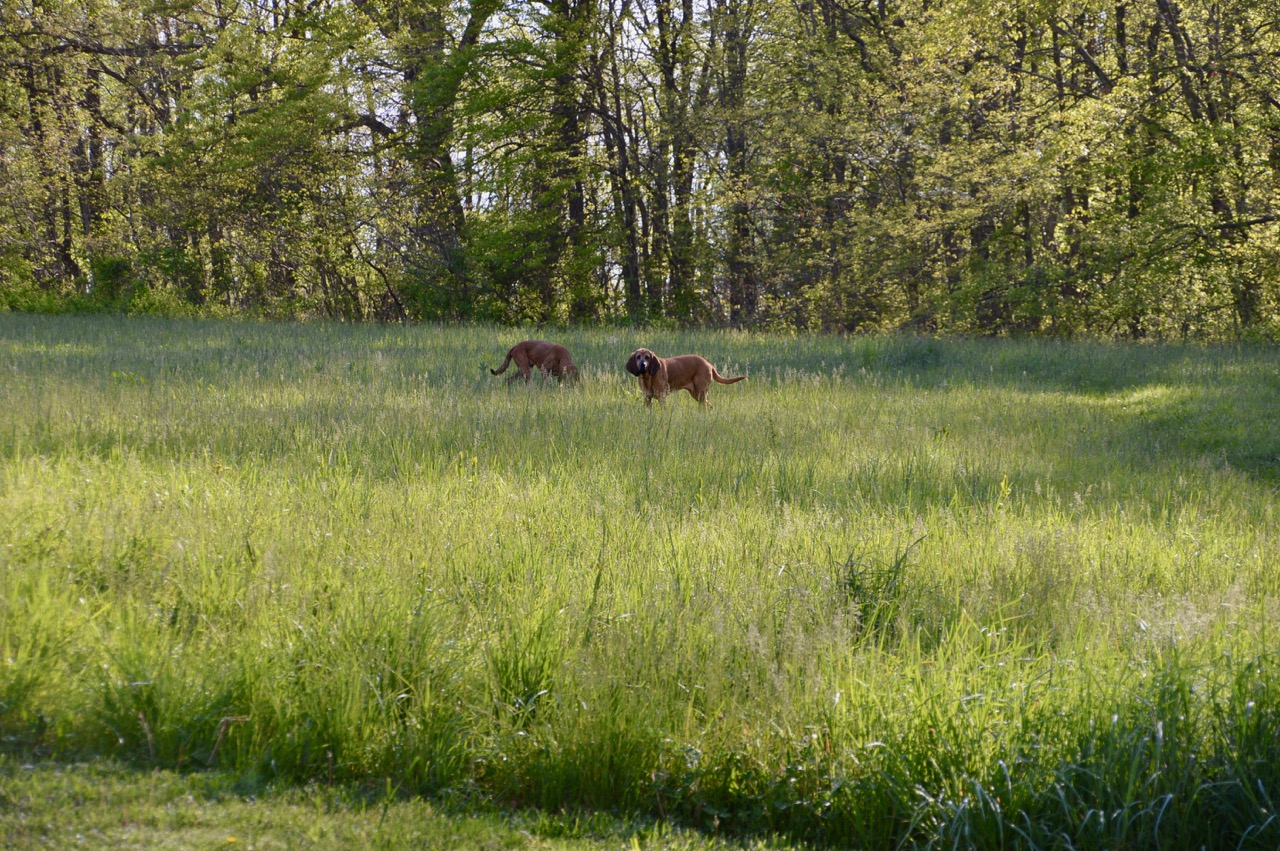 Sadie gave me the look that she wanted to stay outside, Stella never moved. I went inside to change from wet hiking boots to dry running shoes, came back outside to check on them and they were still in the same place.

It such a nice day today I can tell we will be spending a lot of time outdoors today. I can see some weed cutting on the driveway plus reading my book outdoors while the hounds roam the field. Heidi has decided her favorite place during all this good weather is INSIDE on the couch sleeping while she enjoys the breeze coming through the large living room window on the north side of the house. 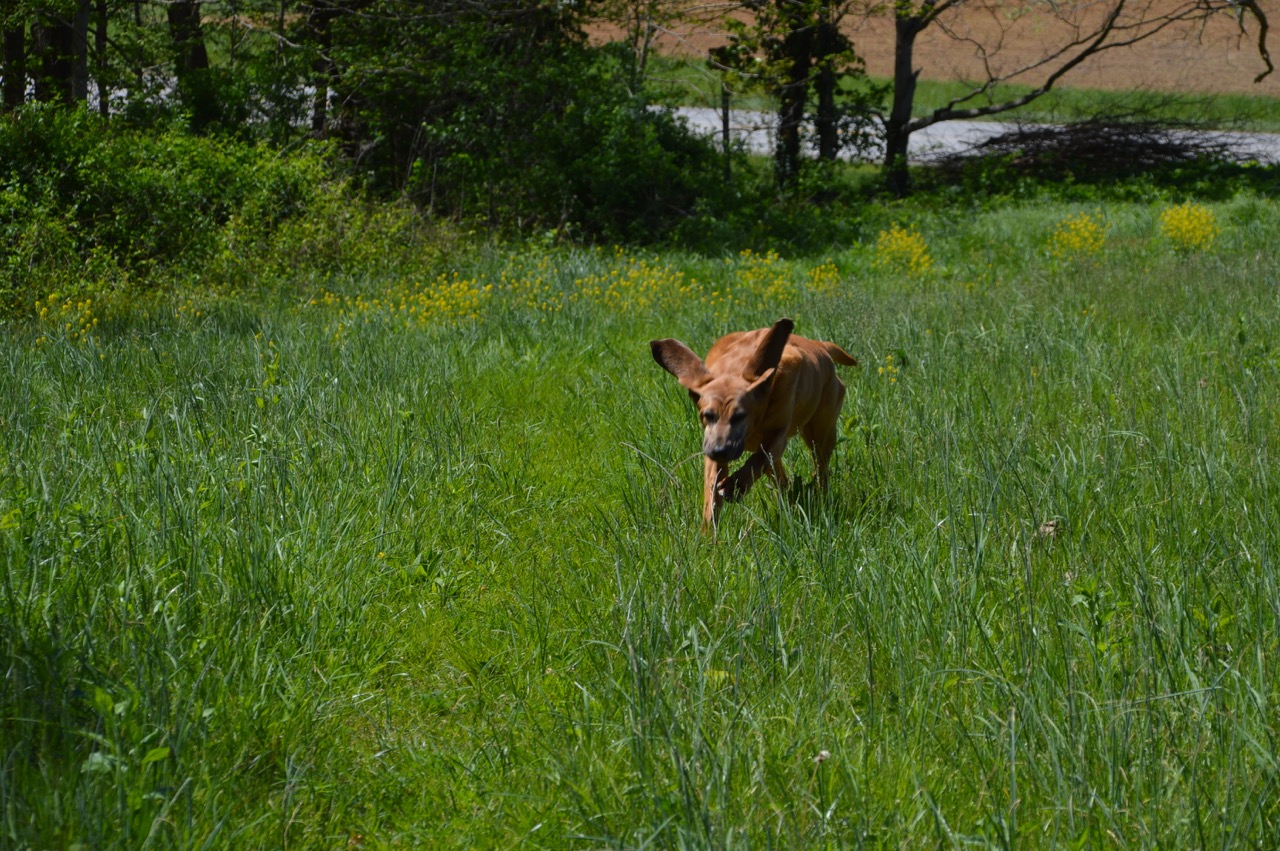 Have you noticed in this post I am trying to write the content that goes with the picture below instead of on top of it? It's funny just how hard that is to change.

Counting the picture above here are some highlights from yesterday's 1pm walk. After this walk we stayed outside. While they slowly inspected all of the field and part of the north backyard, I continued to read an old paperback book off my self "Zen and The Art of Motorcycle Maintenance". 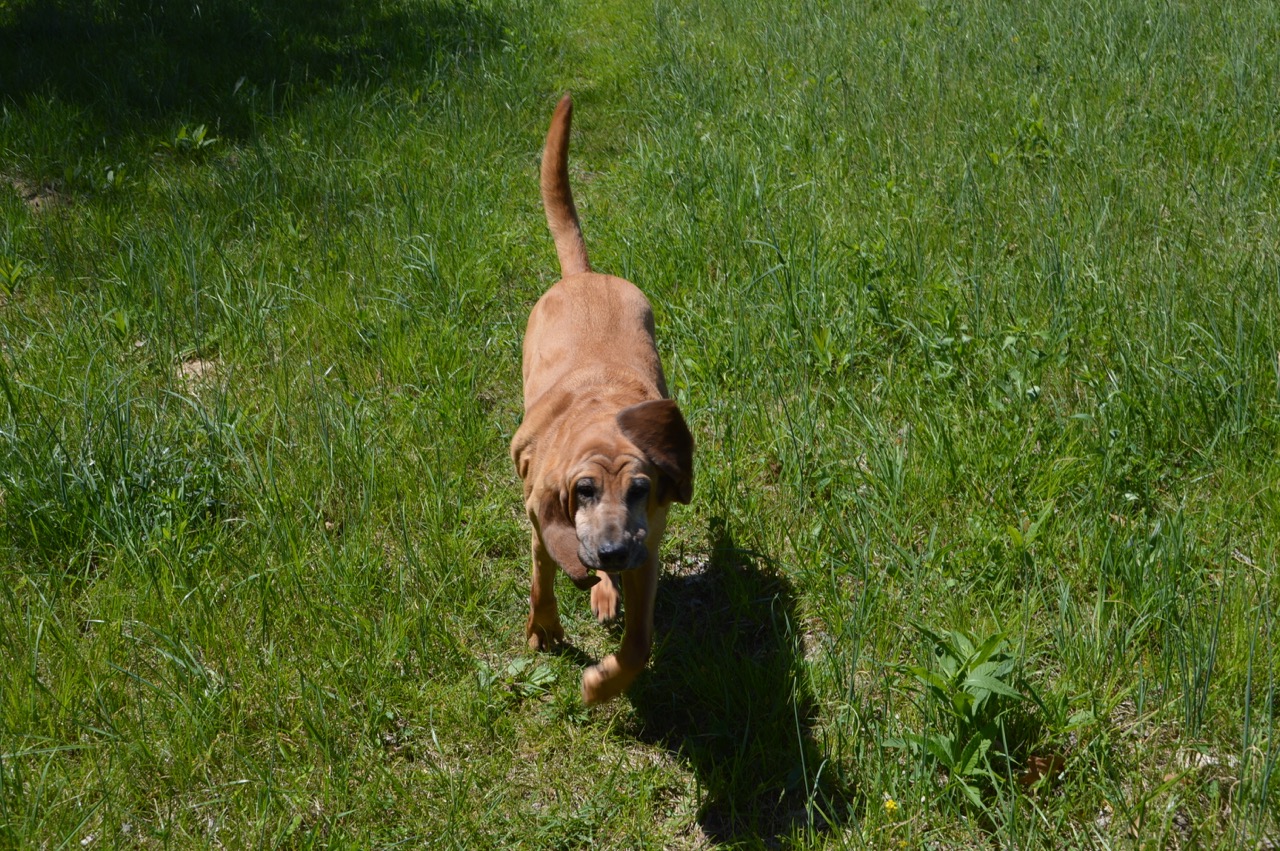 I started reading that book weeks ago but it's a slow read so I go back and forth to it from other books I am reading. I saw where the author of that book died yesterday. 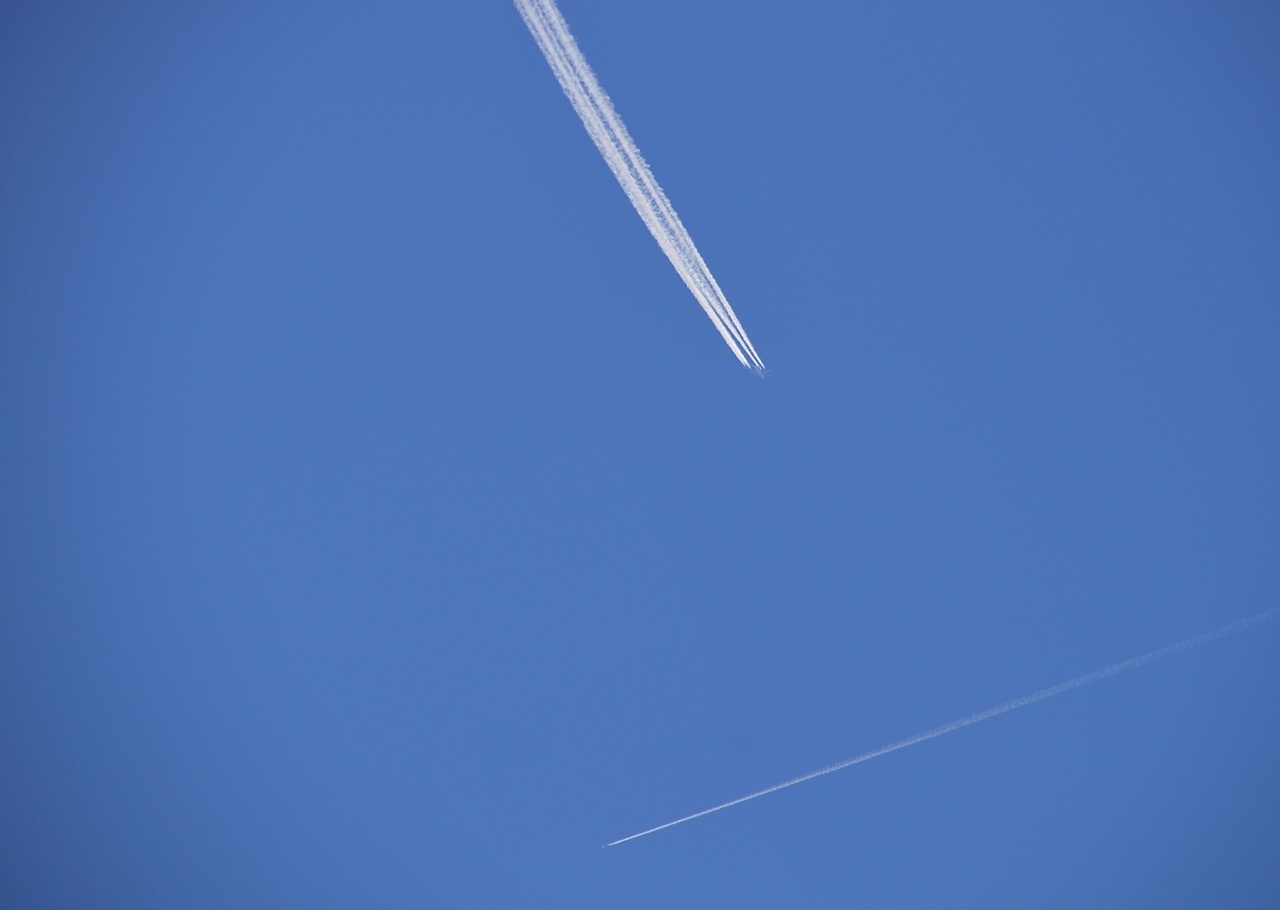 The Single Point AF would not focus on the contrails but when I changed the setting to Auto Area AF it did. 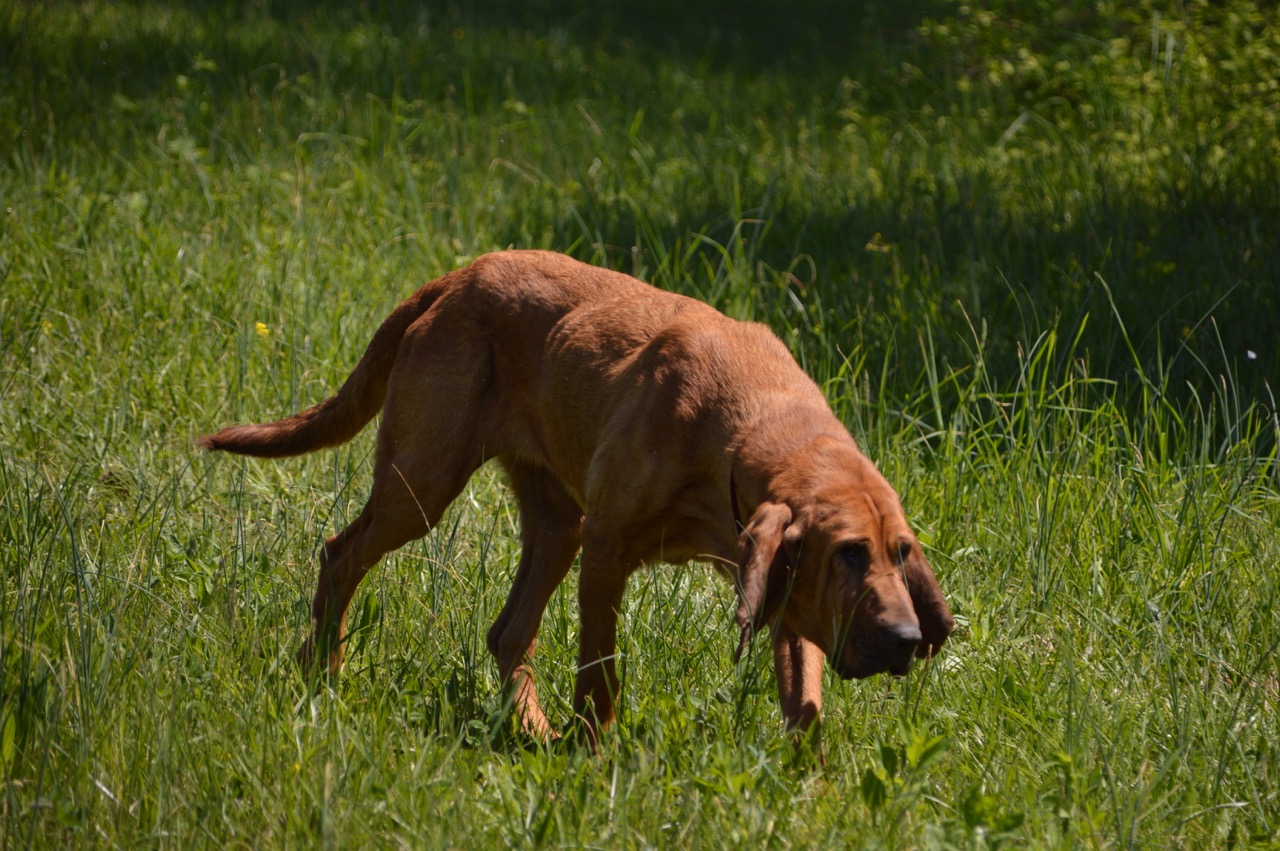 By yesterday afternoon the sun was hot enough that you could feel some heat instead of just enjoying it's brightness. It just reminds me how much I like hot weather compared to freezing temps.
Stella always thinks it is time to slow her pace when it's that hot outside. 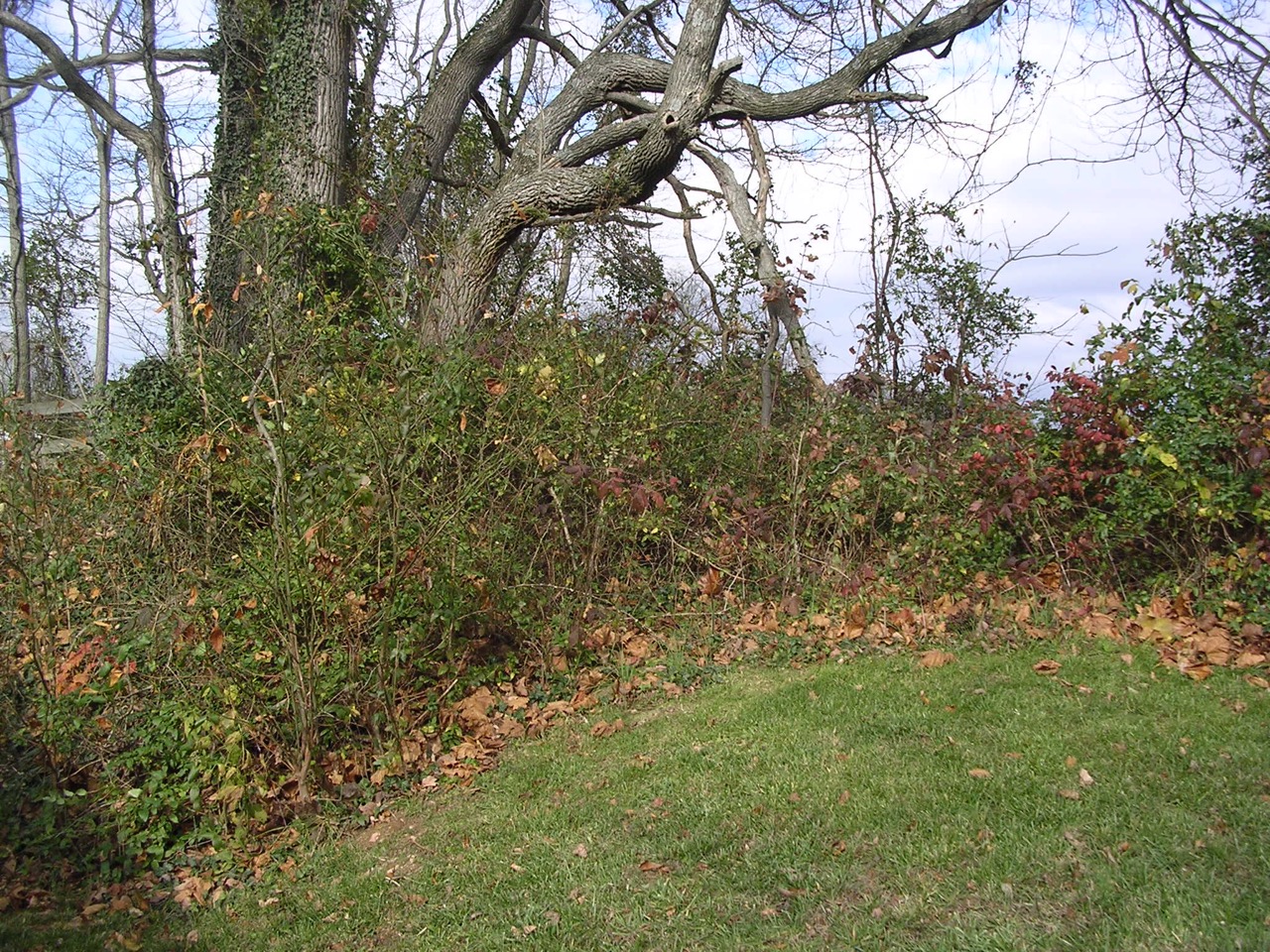 Back in 2011 I had a friend bring his bush hog over to cut down all the overgrown wild bushes on the north side of the yard. It had been that way even before I moved here. Somewhere buried inside that growth is the old fence post from the 1940's. 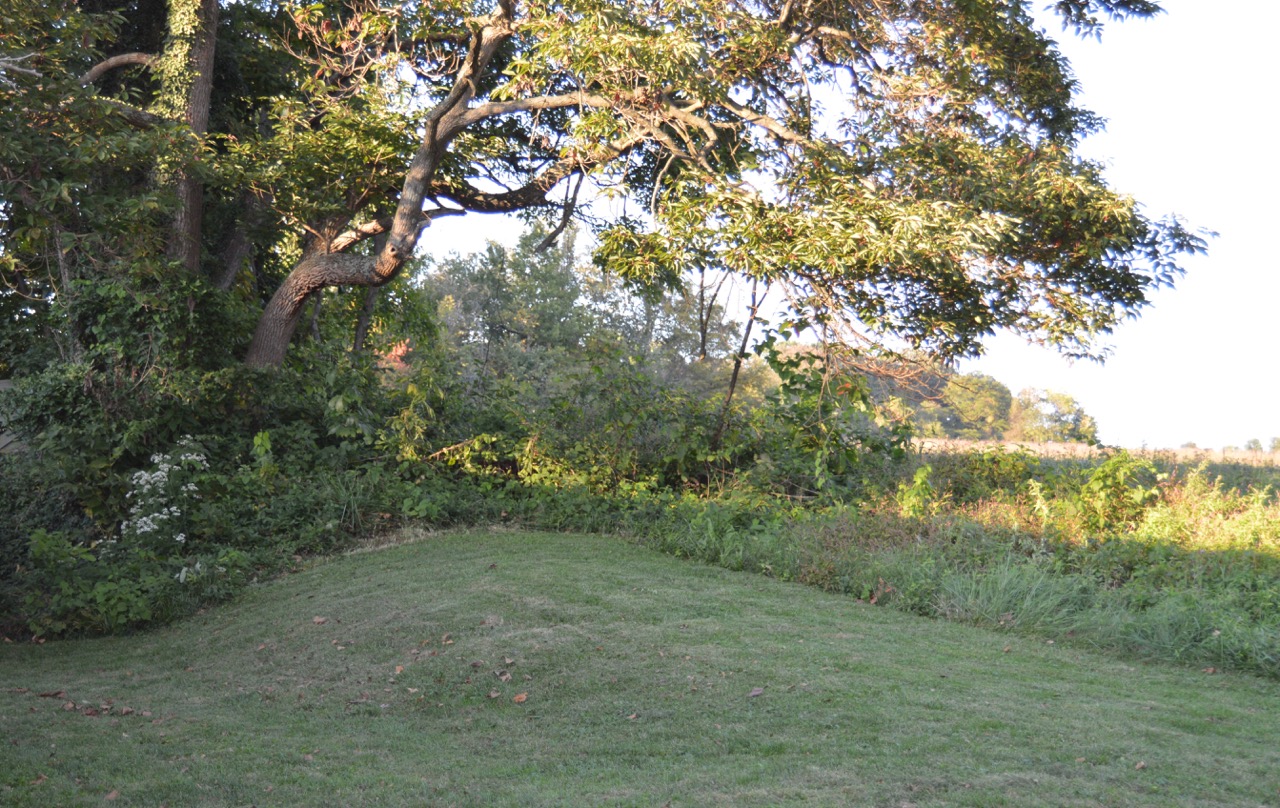 For the next few years after he cut it, I would keep it trimmed down with my then working Echo weed eater with the steel blade. You might notice there are a few small saplings that grew quite tall amongst all of that.
It wasn't until April 2015, almost 4 years later, that I became motivated enough to start clearing all of that out. You can read about it here. 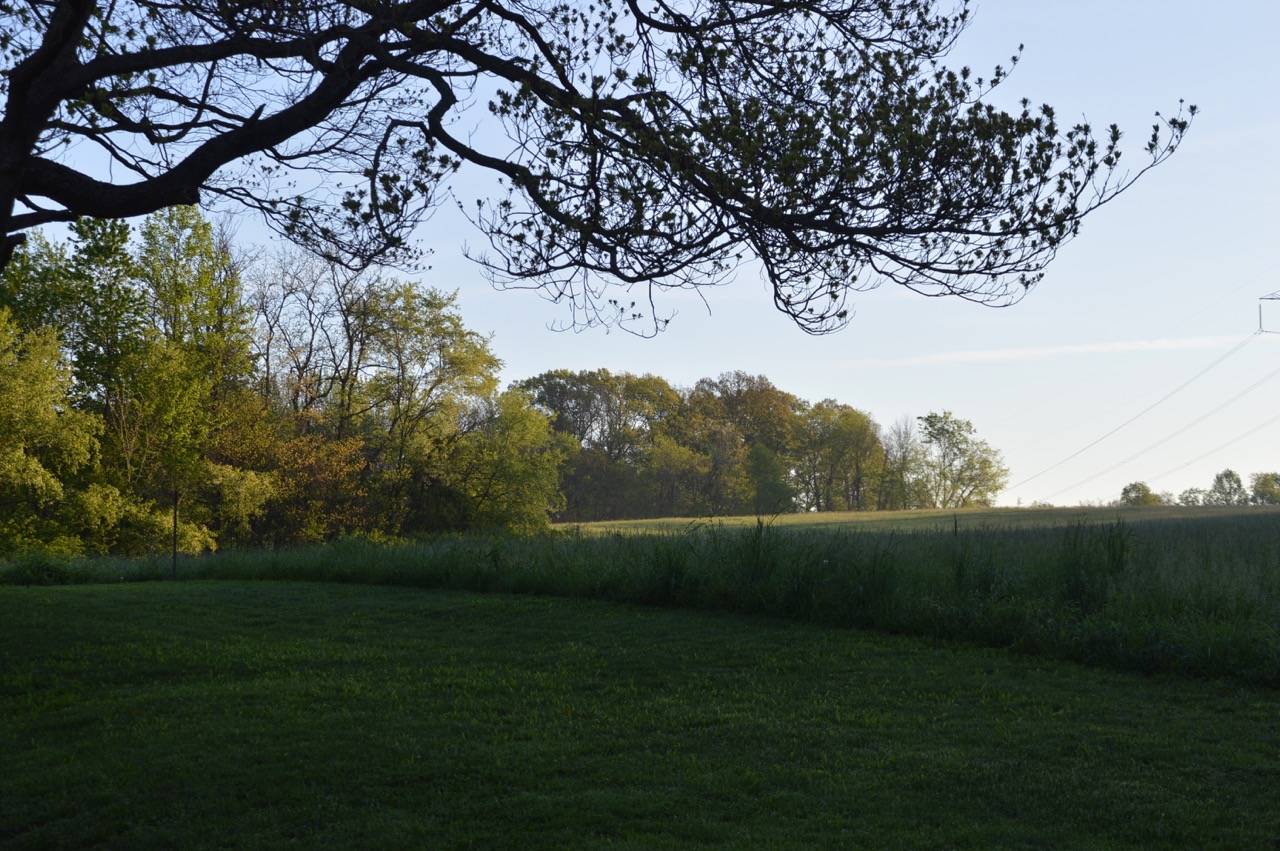 It wasn't so much about my motivation but two things happened since 2011. (1) When my neighbor bought the field in back they had it surveyed for property lines. That pole on the left side is what they came up with. Telling me that my property line was out to the pole.

Of course that survey does not match the property line survey I have with my original paperwork when I bought the house in 1998. My survey shifts all of it toward the camera (south) to where this property line pictured is no further than 25' from the edge of my house. That is even before the fence you see at times on this side of the yard. 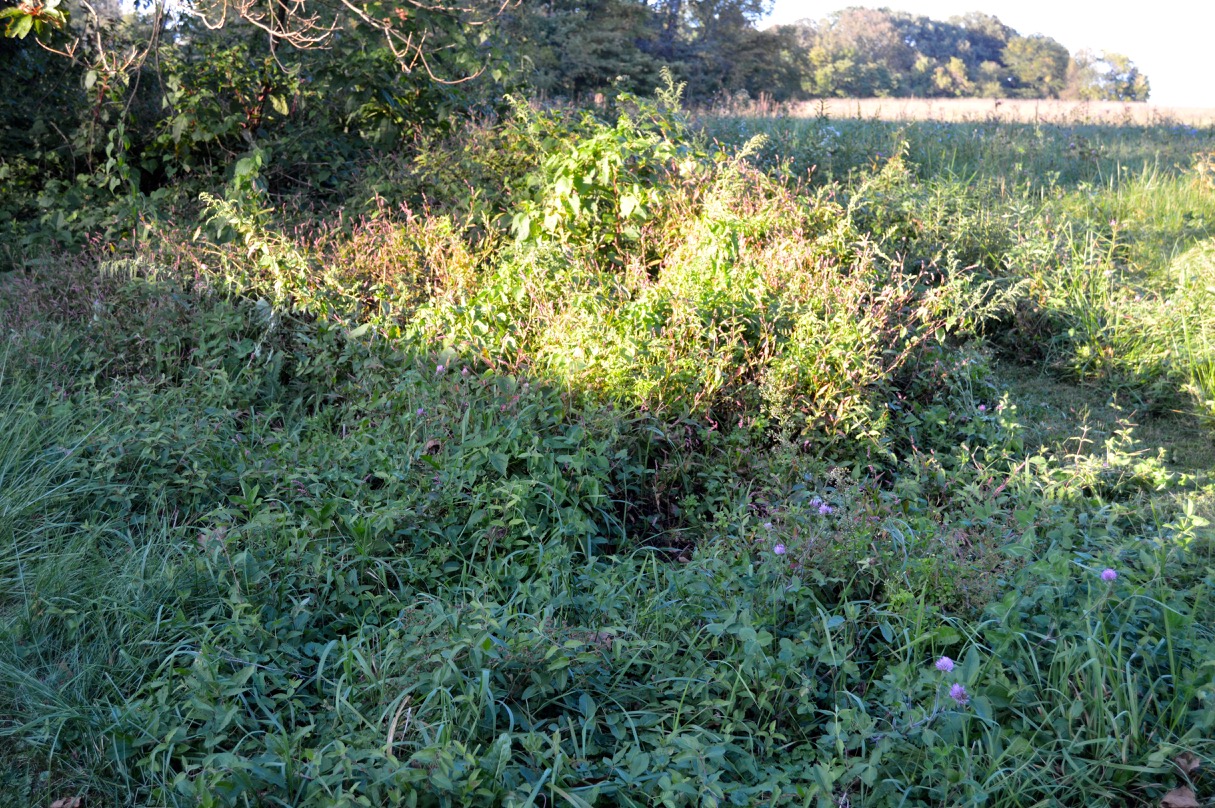 The (2) that happened, that once they told me this is the property line I had a clear plan on what I wanted to do with this area, so I cleared it out. I still need to put some chairs out there, with a small table to hold beverages. AT one time I was going to install a firepit and may still do that. I thought it would be a nice spot to tent camp.
This picture was taken in 2011 right before my friend started his bush hog and went to work. 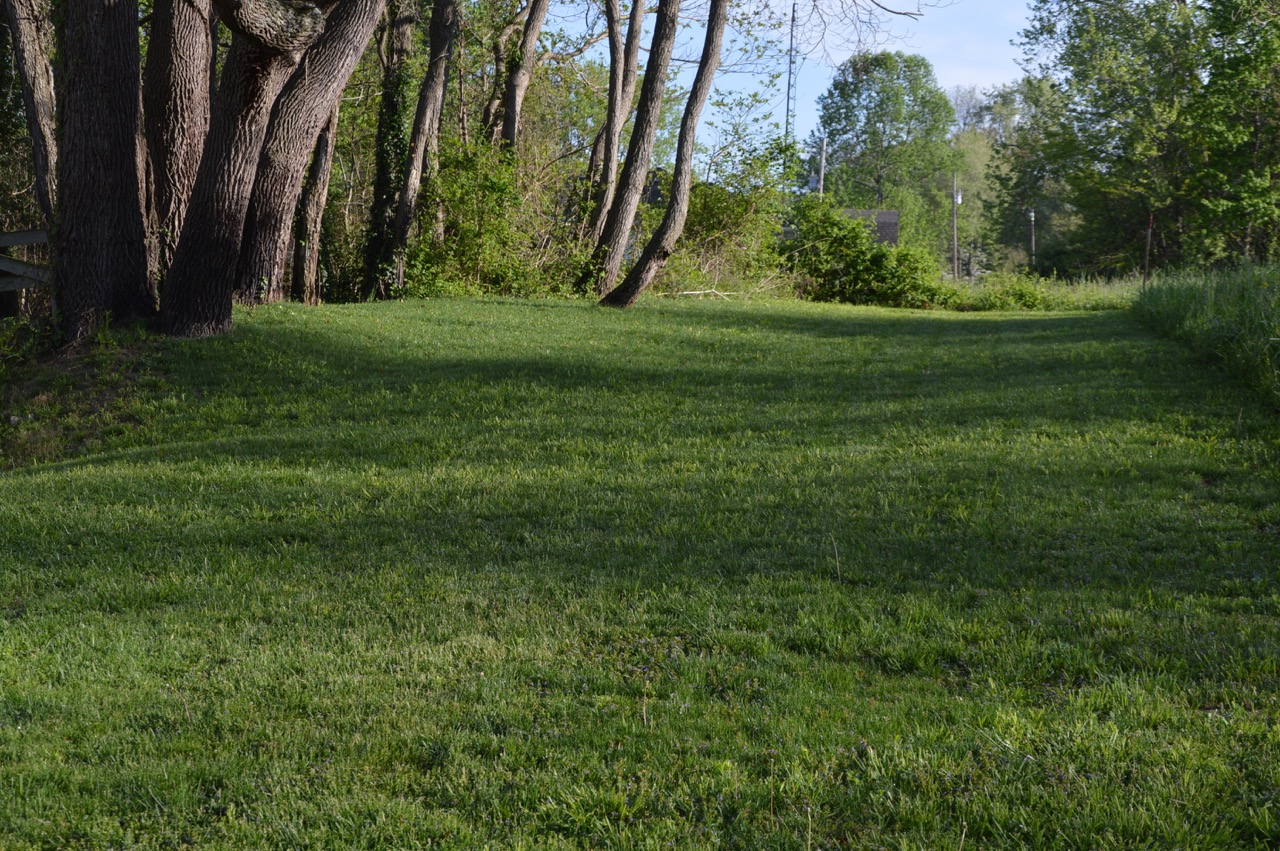 This is that same area last Friday, starting it's 3rd year of grass growth. 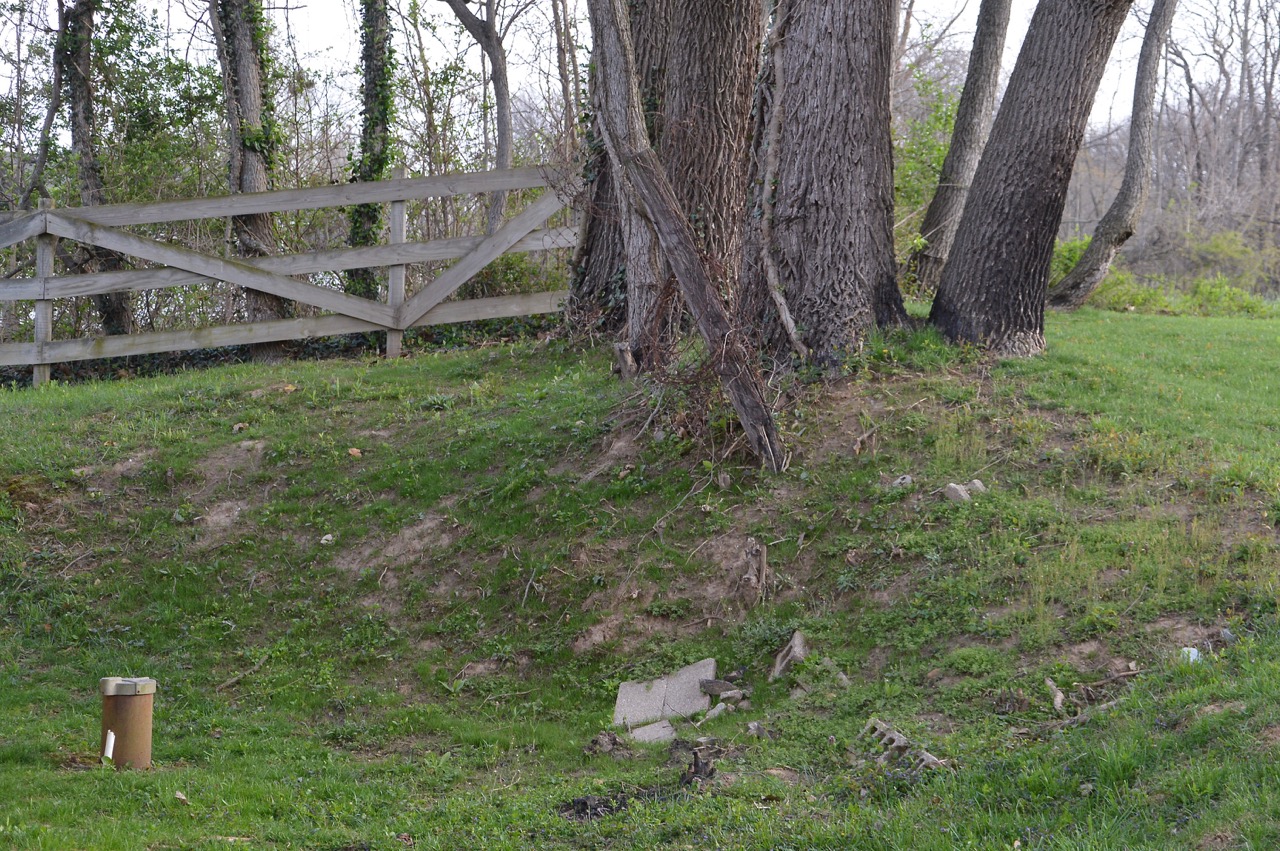 In 2015 when I cleared out right of the trees is when I found the old fence post and fence line. There is a 2nd post behind those trees right next to the corner post of the wood fence.
This year I decided I wanted to clear out the left side of the trees and plant grass seed, while leaving those concrete blocks where they are for erosion control. I wish I would have kept those other 51 or 52 blocks I took out of the yard when I bought the house in 1997. Little did I know the house builder in 1975 put those blocks in the ground for a reason, all I knew was they were in the way of my lawn mower.
Today will not be much different than yesterday. I might fit in a Z4 drive after the hounds have their lunch. You cannot beat this weather in the Midwest this time of year ... although ... late yesterday afternoon the 2017 squadron of gnats flew in and continued to bother me this morning during our walk.

Yes, I did almost forget to edit my pictures before publishing this post. Do you like the difference in picture quality or can you tell a difference?
Beautiful weather here in 'the tropics' of southern Indiana.
at April 25, 2017
Email ThisBlogThis!Share to TwitterShare to FacebookShare to Pinterest
Labels: Landscaping, Sadie Chasing Birds, Sadie Running, Stella's Update