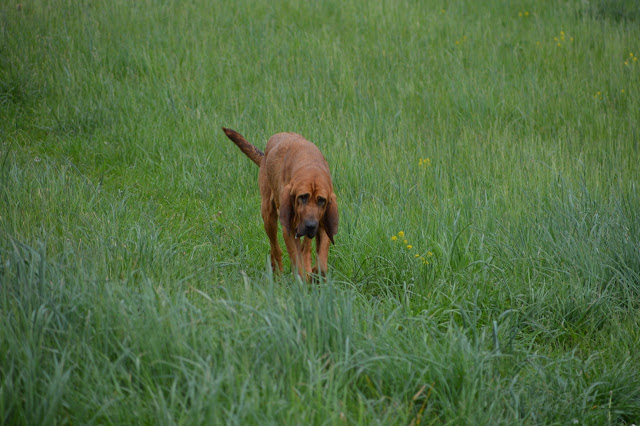 One of the features of Facebook and Google Photos is, they will automatically show you a picture from 1 year ago, sometimes 3 years and even 5 years ago. It's nice to look back at those pictures most of the time, other times not so much.

As long as the pictures are on file, they will remind me with pictures of Winston and other past hounds that have passed on. In Stella's case, today's Facebook reminder showed me just how much different her health was just one year ago today. 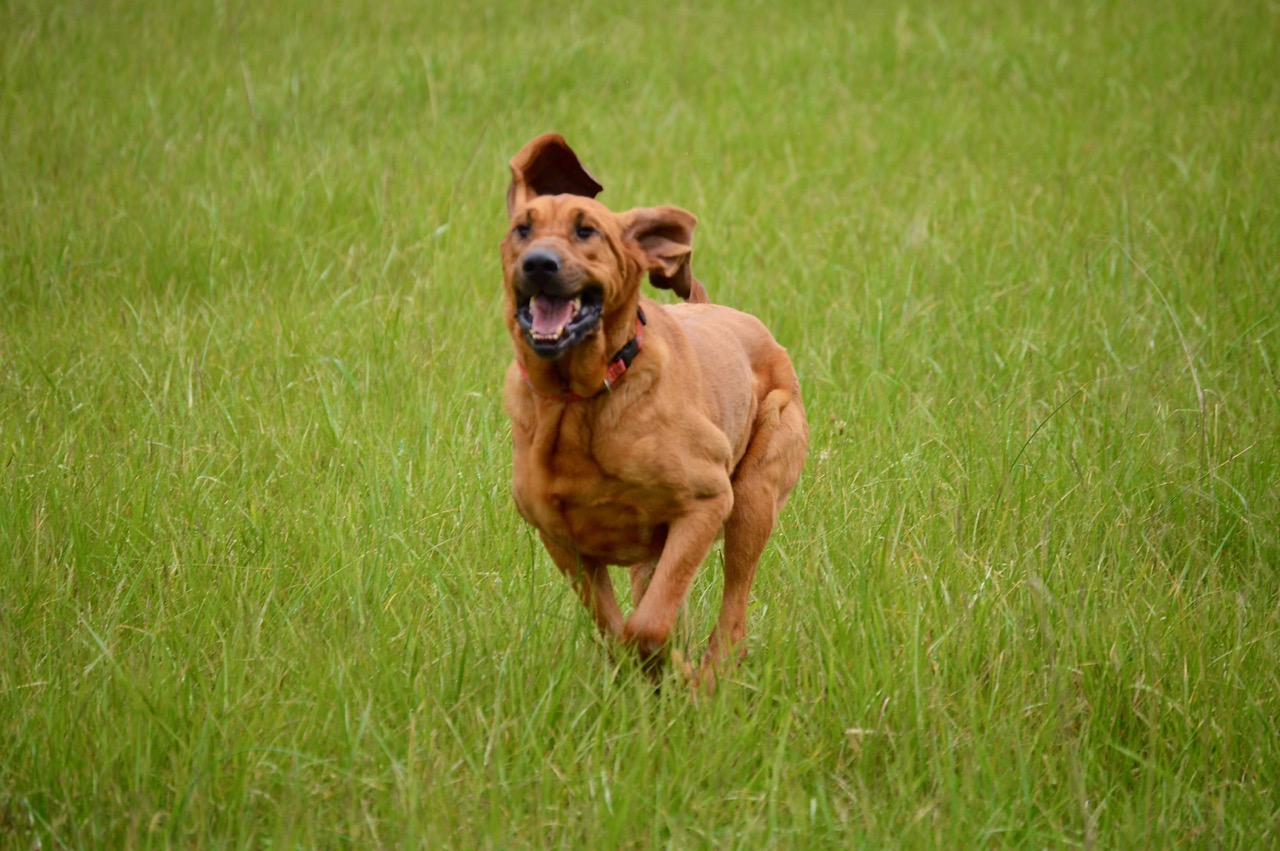 I started noticing a change in her coat last December along with a loss of weight. Her ribs were starting to show. She was always near the color of Sadie and same texture of hair. Except on her lower tail was a coarse black and tan. In the middle of December her overall coat started changing to the that coarse texture with a few black hairs showing up. 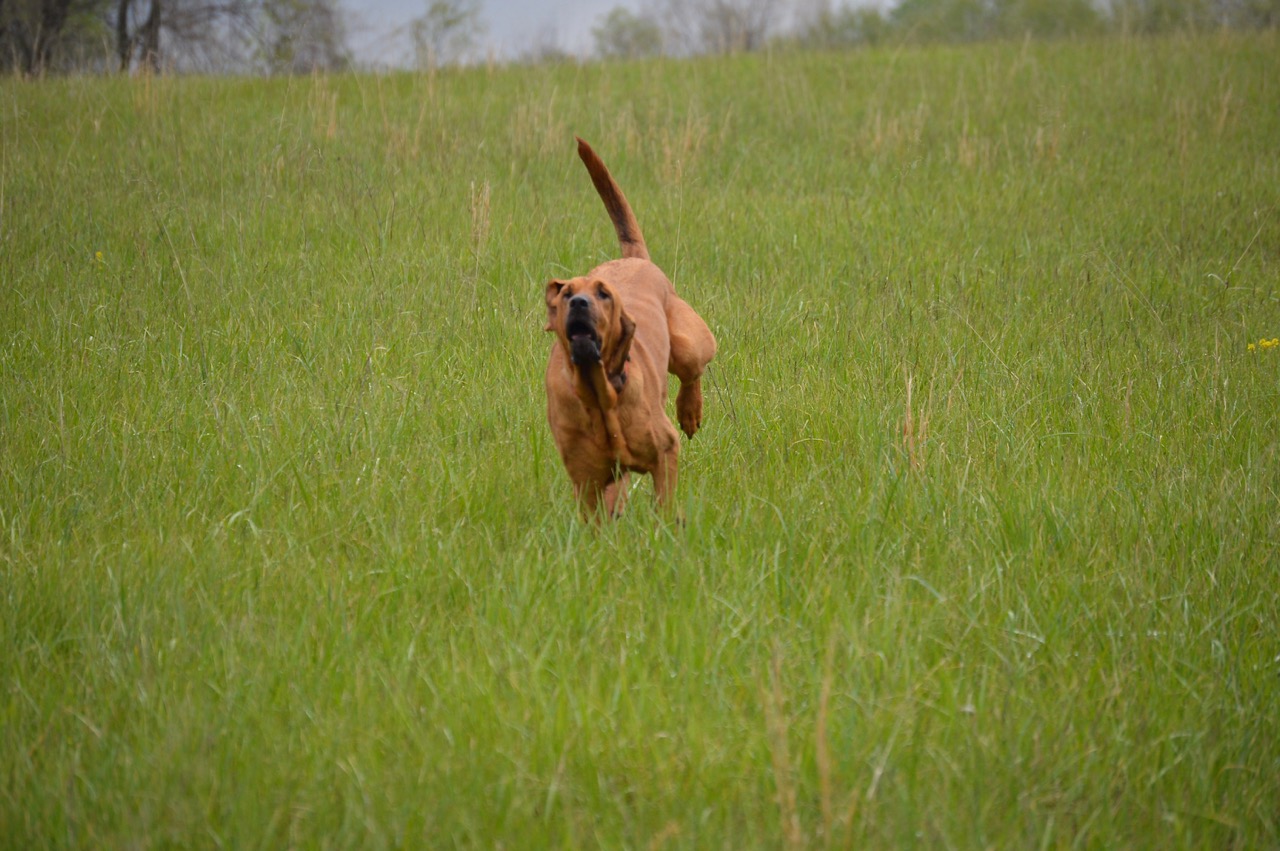 She also started scratching a lot, which was something she never did. What was more concerning to me was her loss of weight. Nothing had changed in her diet, lifestyle or her appetite. She howls daily at lunch time when it's time to eat. She still is a happy go lucky personality ... but two things have been different.

The two pictures of her running were taken one year ago today. That is one thing she no longer does and she use to LOVE to run ... she ran every chance she got. The picture below is from this morning's walk and is the new normal for her. She might trot at times but she never runs like before. 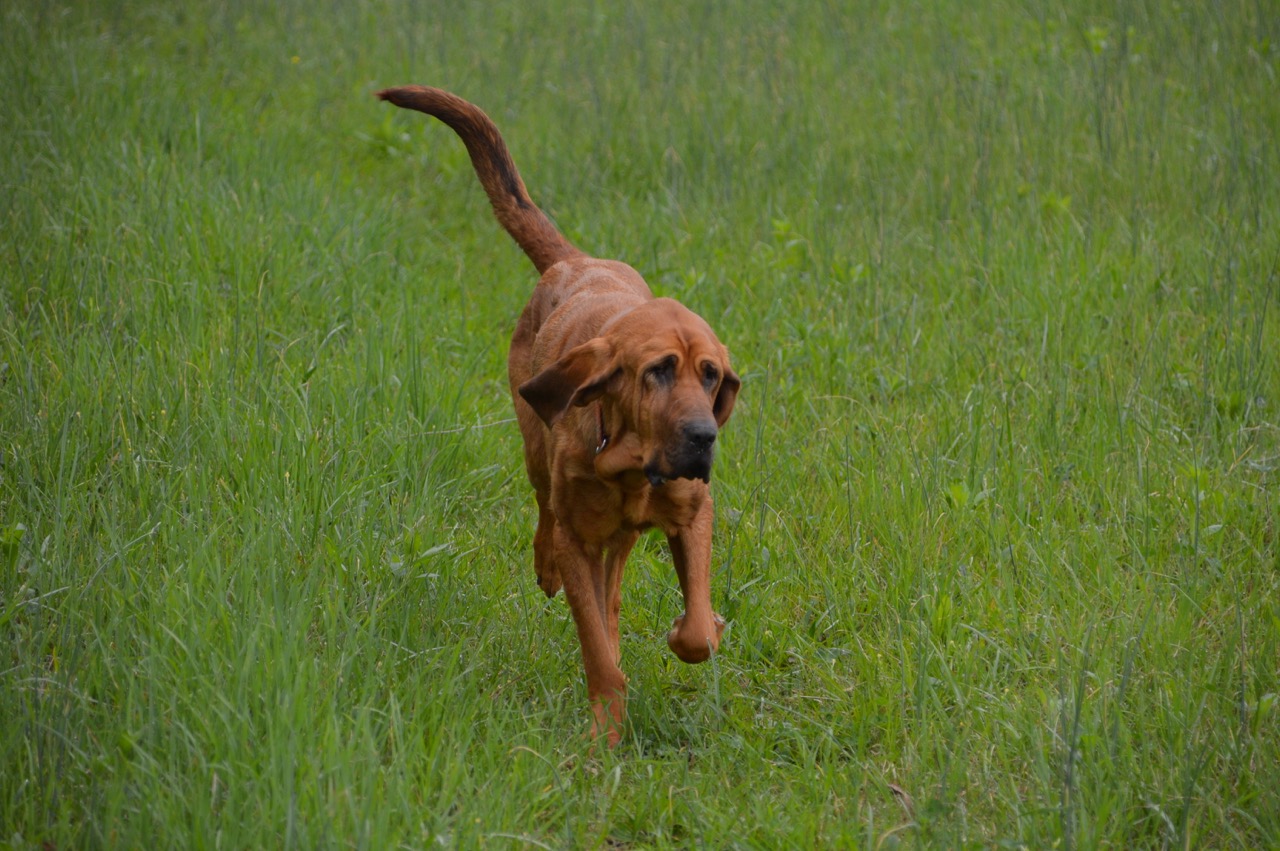 The second thing she stopped doing these past four months is playing with Sadie. When cabin fever would hit in the winter, she would nudge Sadie to see if a wrestling match was in order. Not this winter nor this spring so far. 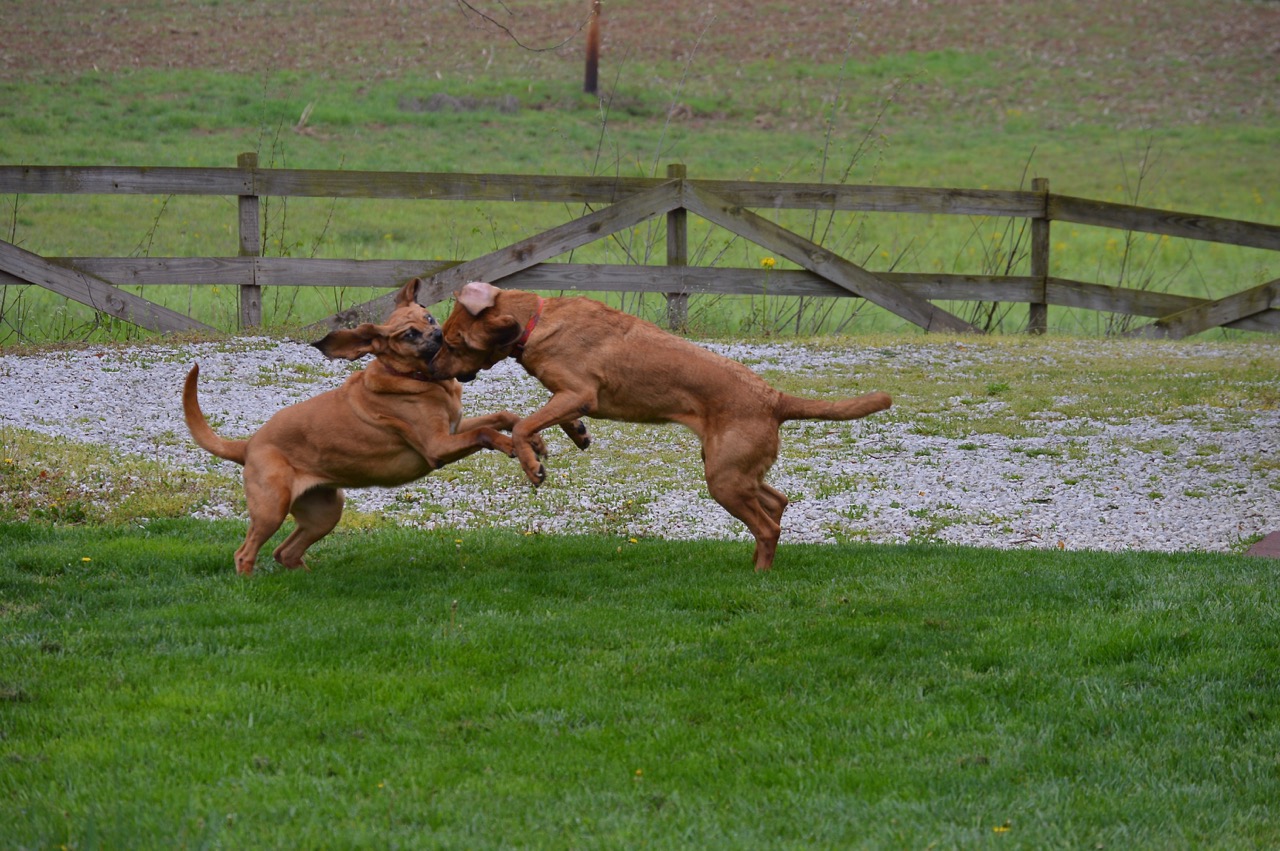 There is a lot of difference in her energy level in one years time. Sure, she is getting older and will be 8 years old this July but I have never had a basset hound nor a bloodhound change their activity this much just because they are getting older.

The picture above is one year ago, the one below was taken this morning. She does more of this slow walking than anything else. 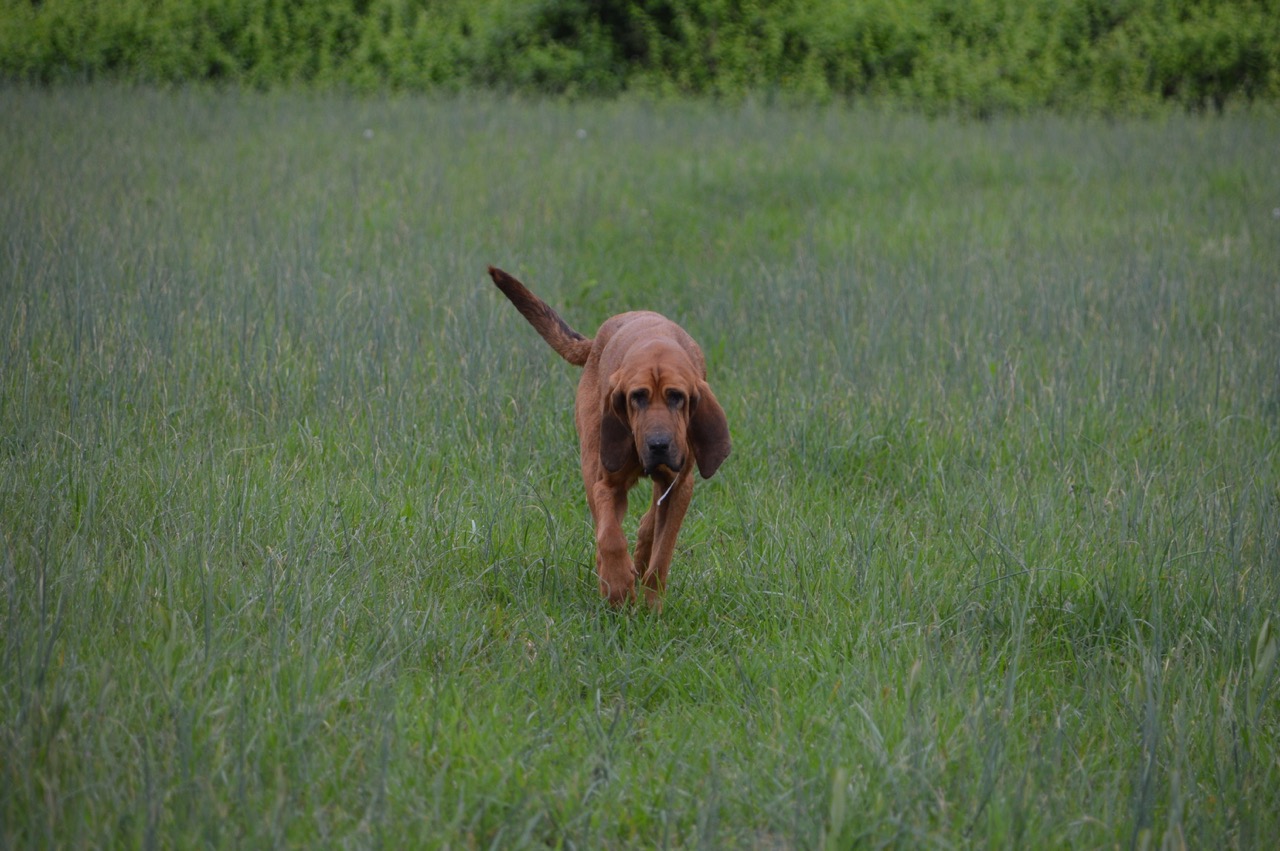 Again, a year ago her color was a lot like Sadie's and she was much more muscular. At times it was hard to tell them apart. 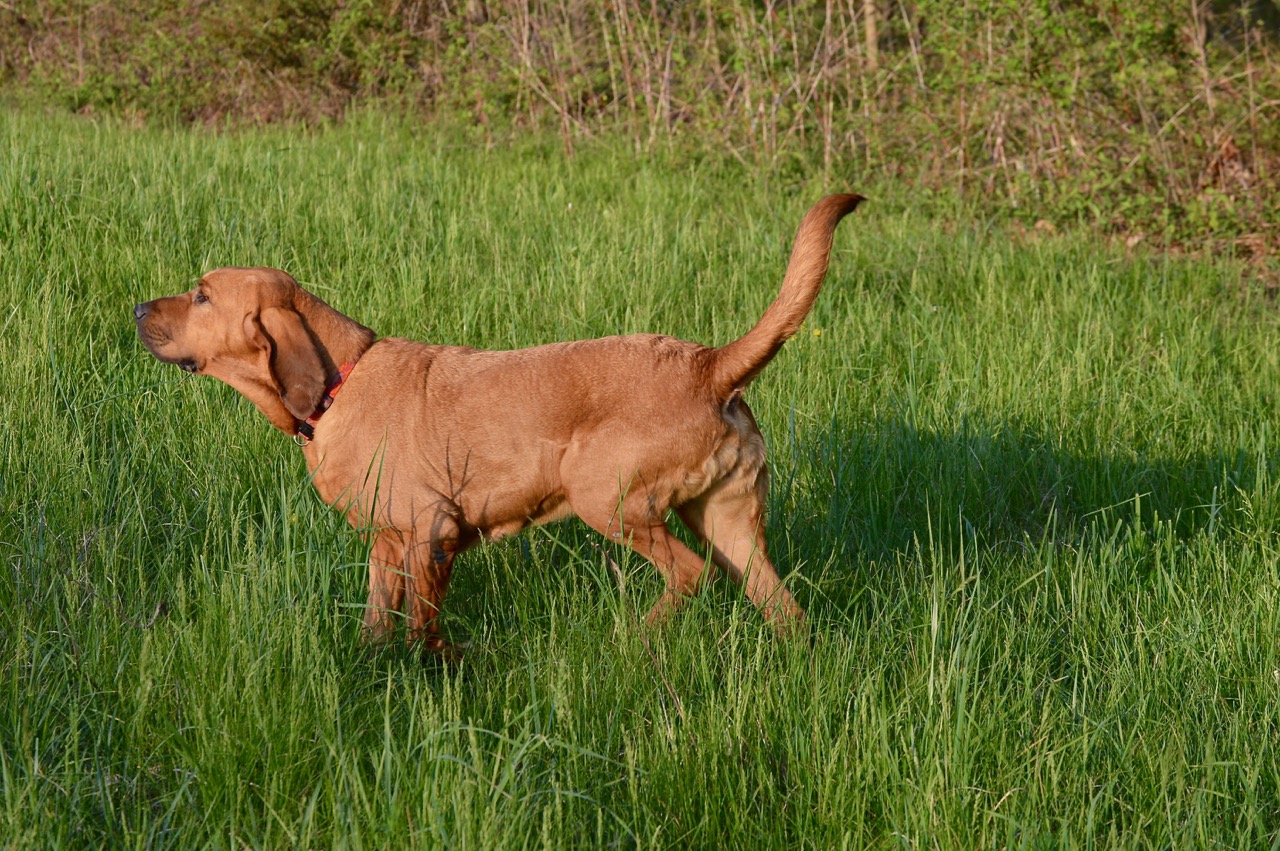 The picture below was take last week, even after showing signs that she is gaining her weight back slowly but surely. If it wasn't the weight loss, I'd think that she was only having old age issues with her joints hurting, which is part of being a large breed. 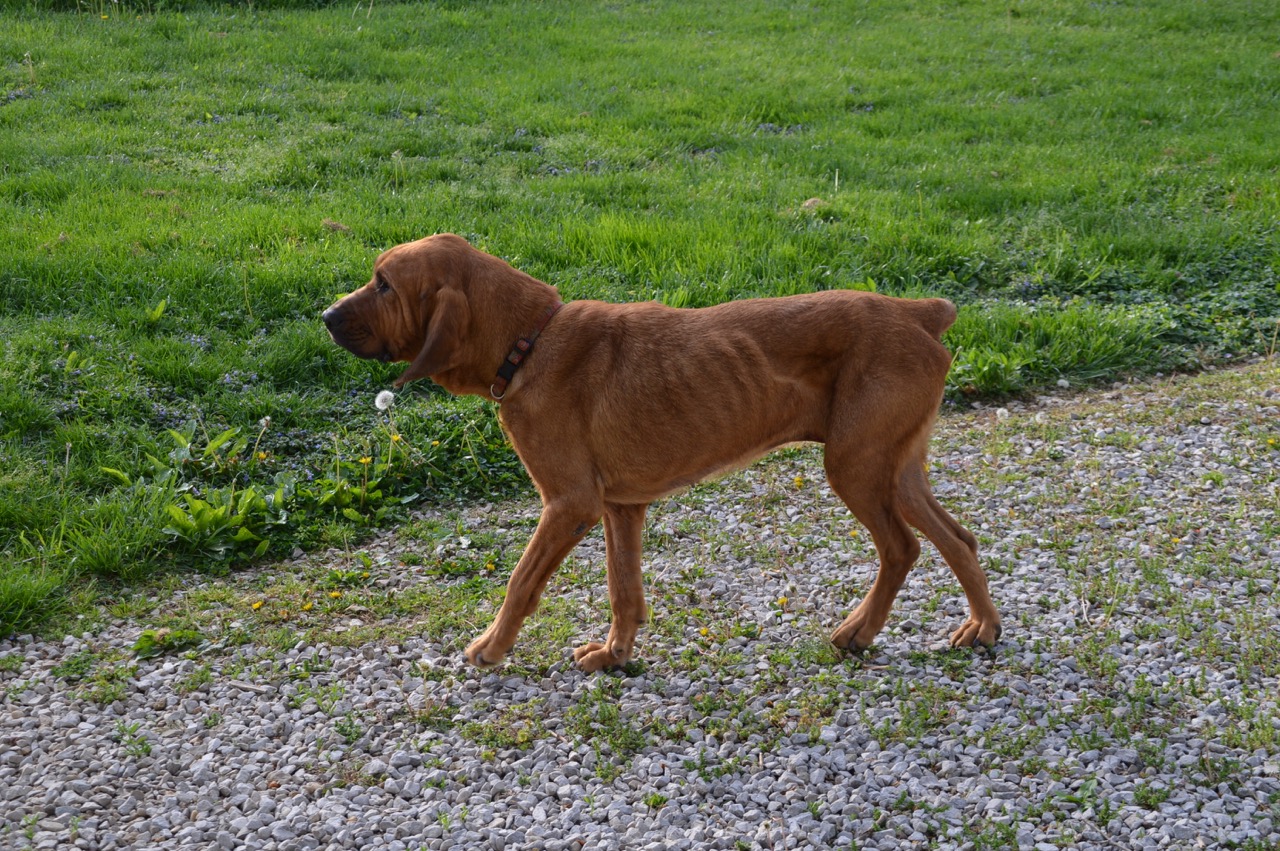 With the weight loss starting in the middle of December (confirmed by photos) I decided it was just not a joint problem. With her annual check up not due until August, I didn't wait and took her in to see the vet. They did blood work ... all levels normal. No sign of worms, nor heart worms.

They gave her some antibiotics and approved of the joint supplement I had bought online. So far, after a little more than a month, I've seen no changes except for the slight weight gain. She has not ran full speed but has trotted a little more since the weather is warmer.

With the bloodhound normal expression it is hard at times to tell if they are felling bad in some way. Like any other dog, they don't let on if they are in a lot of pain. They mask it quite well.

I will keep you posted with any updates but I'll admit I am and have been concerned with the changes in her.
at April 21, 2017
Email ThisBlogThis!Share to TwitterShare to FacebookShare to Pinterest
Labels: Stella's Health, Stella's Weight