Hounds Take A Day Off 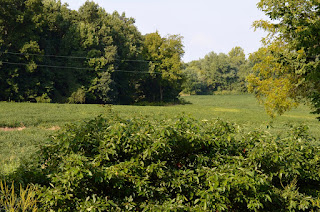 In honor of Labor Day, all the hounds took the day off today. It started as soon as they woke up and continued the rest of the day.

Since they were celebrating a "day off", their routines were the same as every other day ... because they are retired.

Sadie and Stella took an early morning check of the grounds, walking every inch of the yard around the border. After they approved things were okay, I headed inside for my first of two cups of coffee. They slept ... I read more about Google Photos and did some math to find out just how long this was going to take and how much data it was going to use. 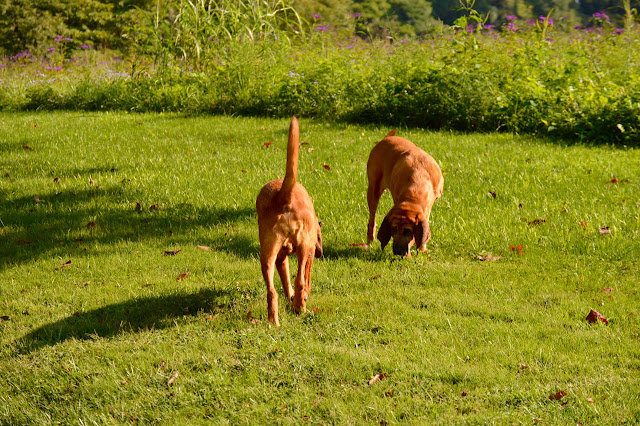 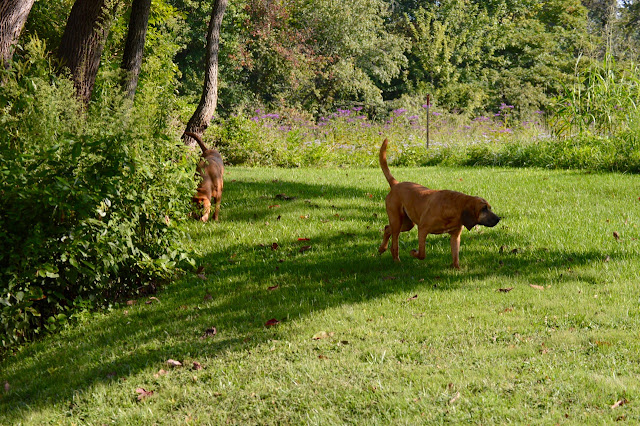 Stella let me know by howling that it was time for lunch. Of course she did that while I was on a phone call with the phone speaker on. She was fed as soon as I hung up from the call. I went back to looking at and doing some work on Google Photos while I kept my eye on the iMac Activity Monitor for any large jumps in data usage. 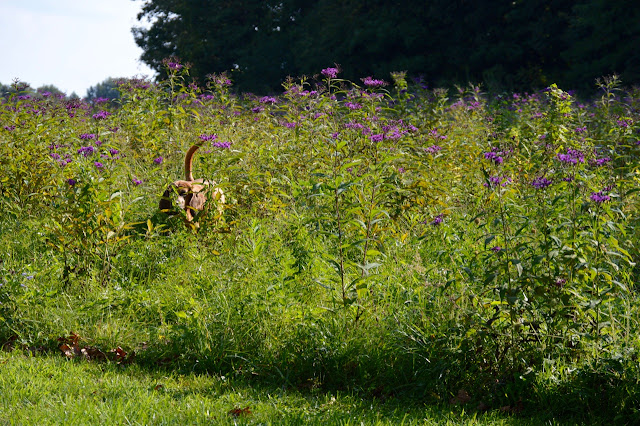 One thing that is funny when it happens, with all breeds of dogs, is after months or years of a daily routine ... they change and do something entirely different ... totally opposite ... with no warning signs. In Heidi's case that means she has decided the past two days and nights NOT to go to the front yard like she has for the 5 years that I have had her ... but head out to the backyard to dump her tanks. 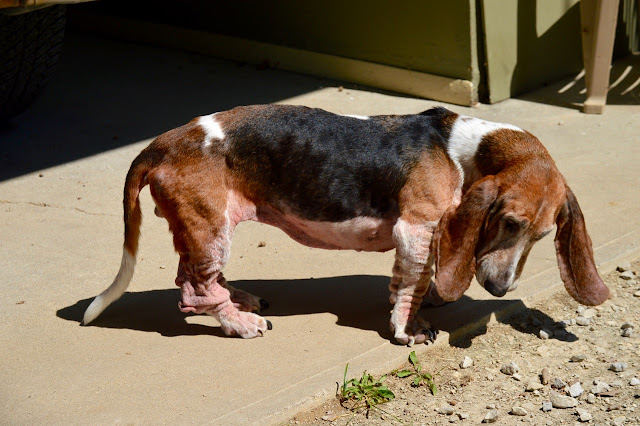 The key word in all of that is "yard" and it doesn't matter where she goes, front or back, my pooper scooper still works. I then walk to the edge of the yard by the burn pile and toss whatever the scooper collects, into the woods.

Sadie liked the after lunch sunshine and you know what she does when she feels the heat beating down on her ... she sleeps. Sadie never stops and is determined that she misses nothing that may have come into her yard or field while she has been inside. 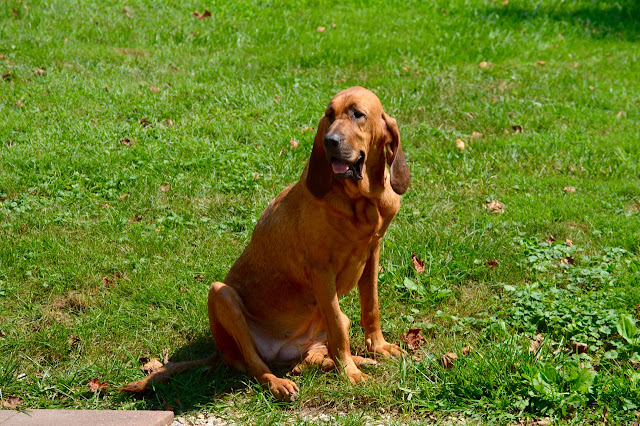 On average I can upload 1,300 photos in an hour. I'll find out if that is accurate tonight after midnight with a larger sample size because I will load Winston's and Heidi's folders which has 1,500 photos in each folder. It will be the largest number of photos I have done at one time. Sadie and Stella are more photogenic so Sadie has 4,775 and Stella has 6,238 photos before today. 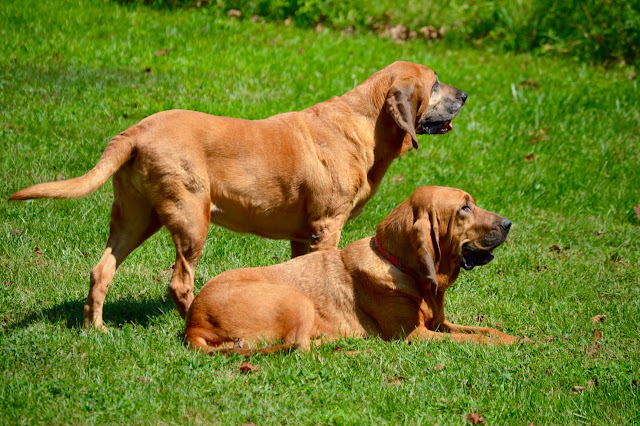 Then I'll be able to move that folder of each hound into the Google Photos Uploader preference, where it will automatically upload only new photos from then on. 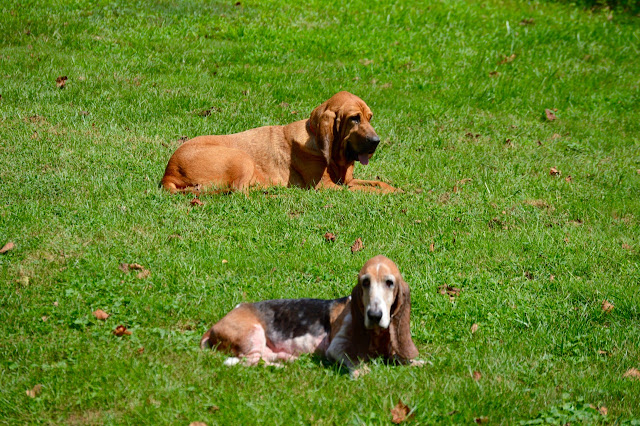 Heidi came out to the backyard with Sadie and Stella without me asking her too ... the backyard seems to be her place, at least the past few days. 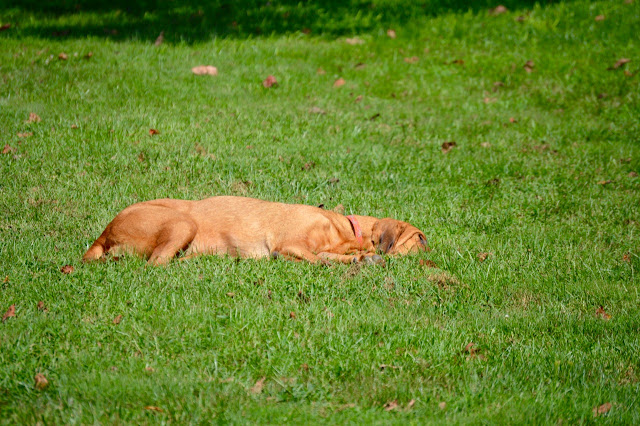 I don't think Stella would ever move if I didn't wake her up to go back inside. 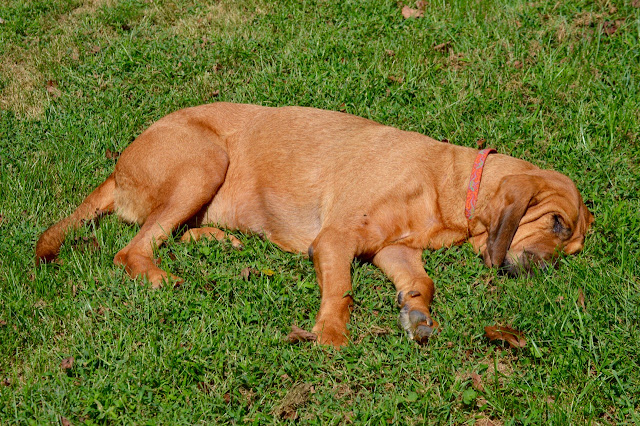 No naps outside for Sadie though ... she is finished with exploring the field and once she gets her drink of water inside ... she will be sleeping the rest of the afternoon. 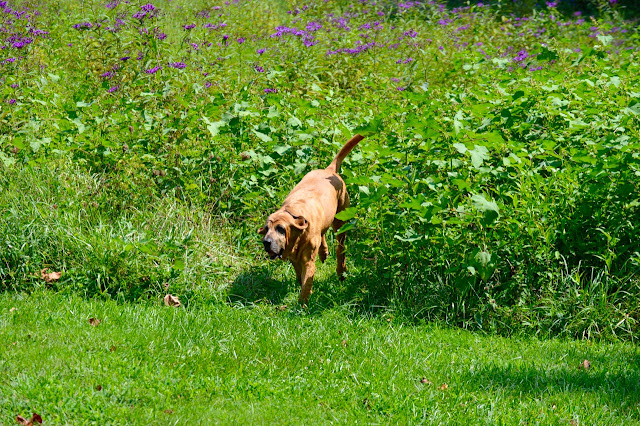 Today's walk was cancelled. (Walked right after post - photos on new post above this one) We had a rare storm show up out of nowhere and dump a lot of rain in a very short period of time. Or the real reason may be I am feeling pretty lazy today when it comes to walking ... I need a day off.

I understand a lot more about Google Photos today, than I did when I posted yesterday. I had to go to the forum to ask a question since I could not find the answer anywhere ... even with other users asking the same question.

What is the difference between "upload" and "backup". When I think of backup, I picture the whole file, in this case Google Photos being backed up ... it was still using data on my computer to do that. Plus the number of photos that it was backing up never matched the total that I had uploaded.

I thought I had the answer from someone who answered my question on the forum and I understood when they said "upload" is when I do it manually and "backup" is when the system takes over and uploads the new photos that I did not with the uploader.

That seemed logical until I took a folder of 37 photos, uploaded them manually and then saw the installer saying it was "backing up 37 photos" ... I decided to stop right there trying to figure out what was going on.

This concern I have about data is because as I have mentioned many times before ... I only pay for 15Gb per month. I pay too much for that amount. I can buy more when I am running short at the end of my billing period but it's $10 for 1Gb. I think that is an outrageous price for just 1Gb. The past two nights that I have uploaded photos after midnight, the data used is close to 3Gb's each day. With 15Gb per month, that is only 1/2 a Gb per day or 500Mb's.

Once all the photos I have are loaded into Google Photos, only then will it use less data because it will only be updating the new photos that I take each day. I wish there was a way I could schedule a specific time to "backup" or upload those new photos, so I would not have to stay up past midnight to do it.

I want to be as automatic in this process as possible after I am done.

The sunshine is back out here in 'the tropics' of Southern Indiana.
at September 05, 2016
Email ThisBlogThis!Share to TwitterShare to FacebookShare to Pinterest
Labels: Google Photos, Heidi's Routine