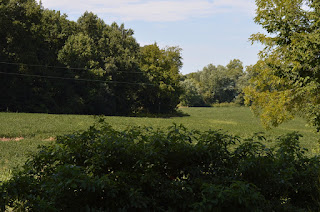 It's good that I am what some people call a 'night person' and in this case it's probably good that I am single ... It's 12:21am right now and I am just starting to upload my first batch of photos for the night from my computer to Google Photos.

It' takes a lot of data to upload images no matter where they are going. I don't have a lot of data per month using satellite internet but it's my only option out here in 'the tropics' for the fastest speed. I get free data between midnight and 5am.

I was up last night until 5am before I stopped and turned off the computer for the night. The hounds?? It didn't matter to them what I did ... they slept the same amount of time in their same spots. Their two meals were served at the same time as always. I've always been able to sleep in small periods of time with interruptions between them. 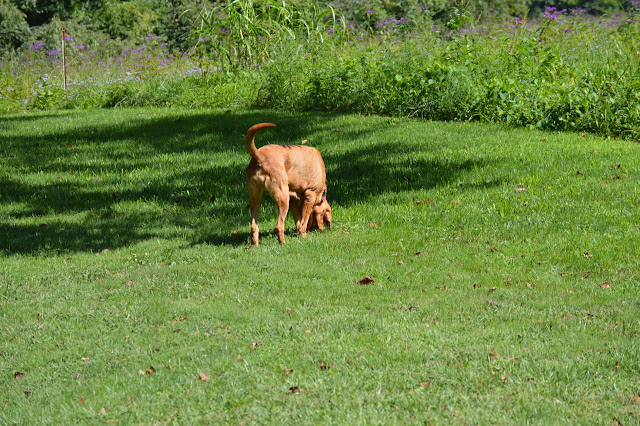 While my photos are uploading I keep busy by getting caught up on my reading that I normally do during the day. Plus this blog post. It depends how images are involved but I have come up with a fairly good system I think to keep track of where I am at in the process and what gets loaded. Right now I'm loading 576 photos which will take around 30 minutes. 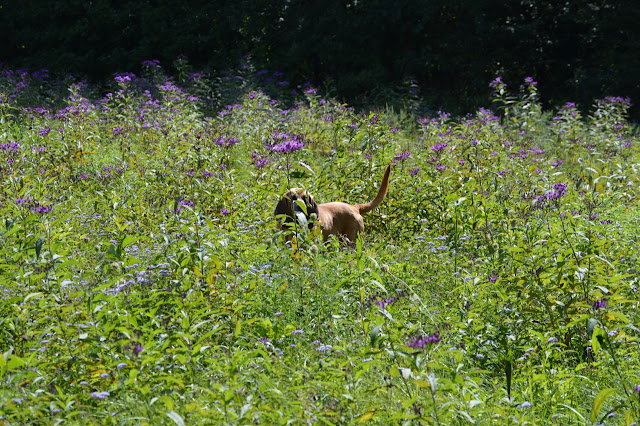 So far I like how Google Photos operates. I have learned some things along the way and it's amazing what this program can do, besides just sorting your photos with the most recent ones first. The picture quality is just as good as when I took the photo and it doesn't matter what device I am using to look at those photos. 'Automatically' is the key word in all this process. 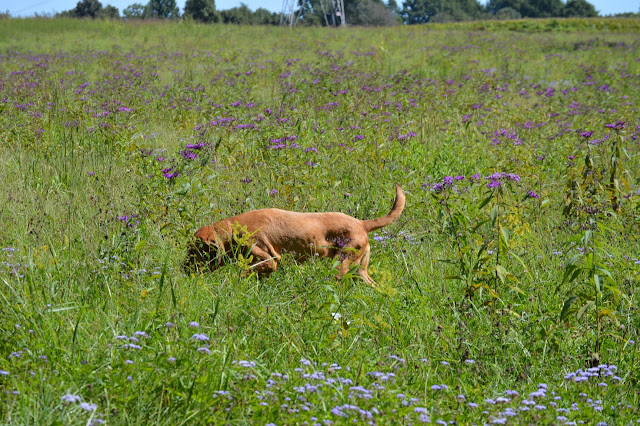 Around 1:30pm we decided to head out for a walk. It was a nice sunny day today, a little warmer than last week. 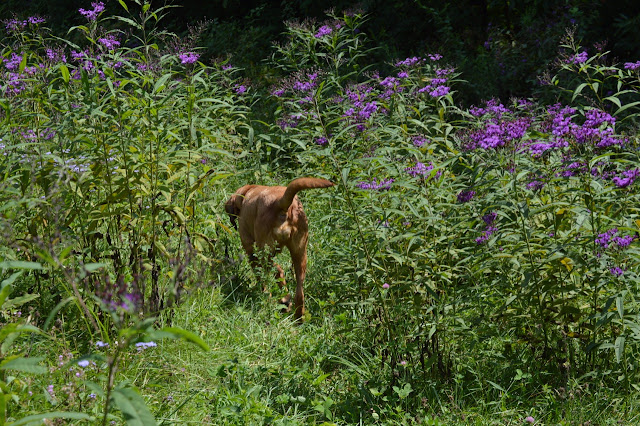 Remember as I talk about this Google Photo process I am working on a iMac, MacBook Air and an iPhone. One thing different about Apple Photos, which is their program to handle your photos from your iPhone or a camera card, is this .... 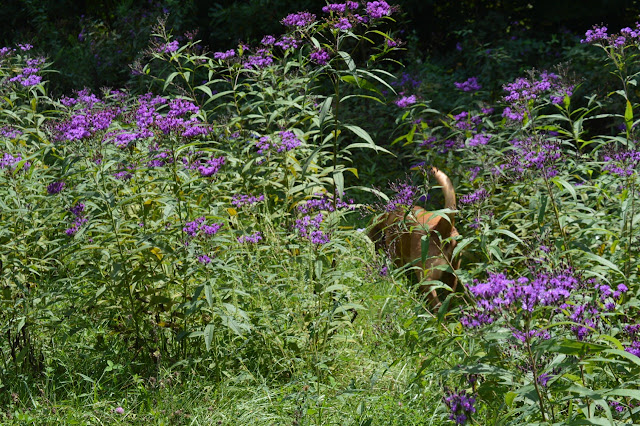 Before uploading photos to Google photos from my laptop or desktop computer I have to export those photos FROM Apple Photos to a self made folder somewhere else on the computer. In my case those folders are on my desktop. I set a few up last year when Apple's new program came out and was force fed to us Mac users ... so I could upload photos to the blogs I have or had. 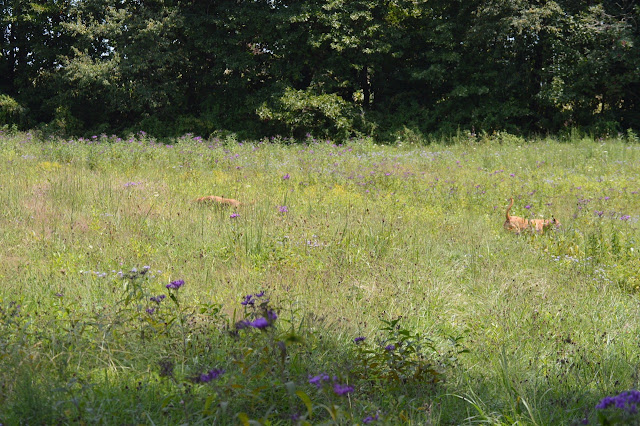 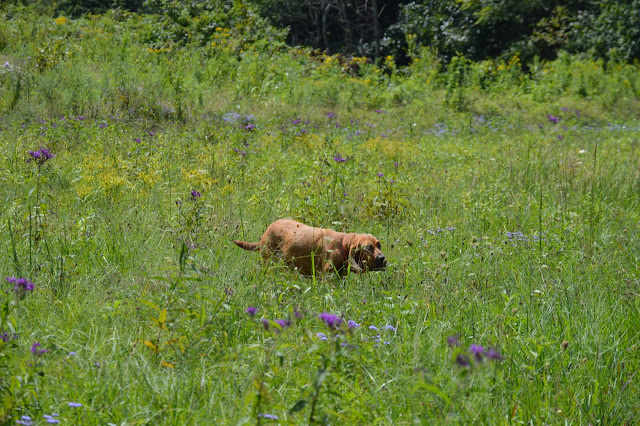 Since not all readers are Mac users I am just going to speak about the Google Photo process that I am working with. I can go directly from the camera or SD card but I prefer to have ALL of my photos on my hard drive or external drives that I have. Call me paranoid but after I lost all of Sadie's puppy photos due to my error ... I like having multiple copies of my photos plus other files on my computer ... an online service, just in case I have house fire, tornado damage, etc ... an unexpected catastrophe of some sort. 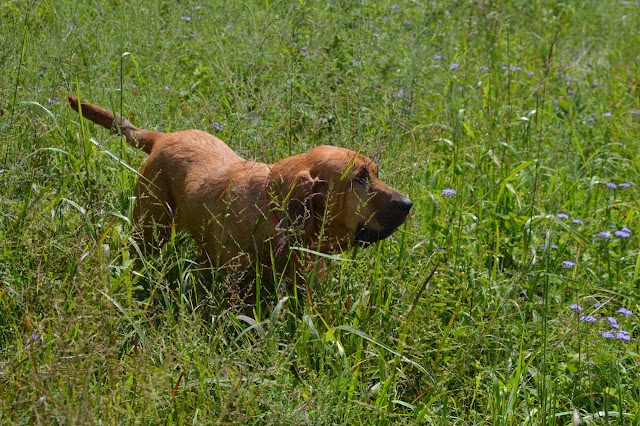 Just like doing it from Blogger, there is a screen of my file folders where I chose what photos I wanted uploaded. Pretty simple stuff. Of course since I take notes and like to 'track stuff' ... I wrote down each time I started a batch, when it ended, how many it started to load and how many it ended up loading (some photos cant be transferred) ... and what month I was uploading so I know where to start tomorrow after I stop this process for the night. 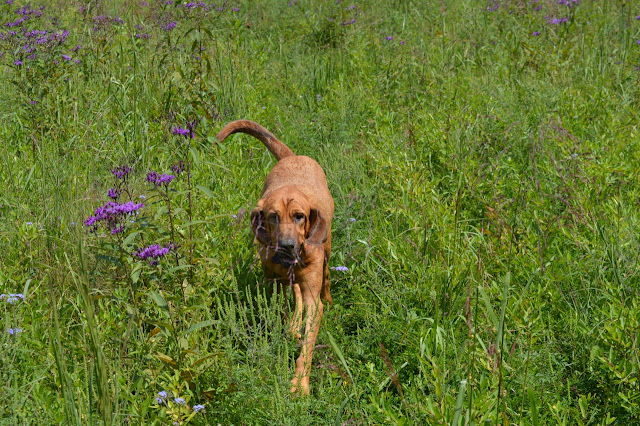 The problem I am in is because of the individual folders I had made in Apple Photos where I manually keep photos sorted based on subject. For example each hound has their own folder and even Heidi as a 2nd folder just for her skin photos so I can quickly glance back to see her skin history based on date. 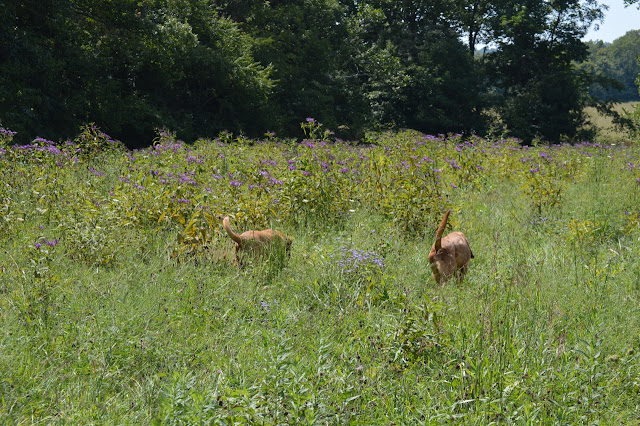 For instance I don't want photos of my friends and tours mixed in with bloodhound photos. Google Photos do have folder options. In fact some of those folders are made automatically. I will have to wait to see how that works. The couple it had formed automatically last night are shockingly very good.

Google Photos sorts all of the photos loaded, by date, most recent on top. For the 2nd night in a row I am trying to decide if I want or even need the photos backed up here, in their own folders. Or do I use Google Photos just as one huge online fault that keeps all of my photographs for me.

It does have a pretty neat search feature. For example when I search "basset hounds" it will and DID pull ONLY the photos of my bassets from a group of a few thousand photos that I had uploaded. It knew what my Z4 looked like and only showed those when I did a search for "Z4".

So with the search system and Google Photos automatically setting up folders based on subject ... I may forget uploading manually by individual subject manner.

Google Photos will also not bother to upload DUPLICATE photos ... a very nice feature. For example my last batch of photos I just did, had only 516 of the 533 photos uploaded from what it found in the file I furnished ... due to duplication.

After thinking about it today and even a little tonight before writing this post ... I think I have decided to start by using Google Photos as one big vault for my photos and not worry about sorting by subject matter. It's goes faster that way.

CD's are an option for backup ... even in 2016. But what happens then ... I end up with a stack of CDs and I can only see them when I insert them into a computer. The neat thing is ... they last forever. Today while I was checking out some things, I found old cases full of CDs that I had forgot about. Some of these CDs were labeled "Photos 2004" ... 12 years ago ... sitting on a shelf. Rarely looked at if at all after I copied them.

Not only that but were saved using a Windows PC I had at the time. I loaded 4 different CDs into my iMac and found 1,000s of old photos that I had backed up years ago and never looked at again until Sunday afternoon !!!!

It's nice those photos are still in pristine condition, high quality ... but I have cases full of CDs, with more subject matter than I can write on front of the CD or it's case, as a label.

One other thing I have found to where I had to google and find out the reason why ... I have a folder that came with my computer called "Pictures". It is what I have been uploading from right now ... but it's something I am not real clear on until maybe this afternoon.

I think the only way photos can be put in that folder automatically is when I export photos from Apple Photo on my computer, where as before with their program iPhoto ... they were moved to that Pictures Folder automatically.

I have a big gap of time after January 2011 in that Pictures folder and not sure why.

When I thought about moving the photos by subject matter to Google Photos so I could make my own new folder as I uploaded ... today I exported every photo I had on my hard drive in Apple Photos, from it's own personal folder to a newly made (by me) Folder on my desktop with the same folder name as it came from.

That works well but it takes time to manually highlight what photos you wan to use to make that new Google Photos folder. From what I have seen I cannot just click the first photo ... go to the bottom of the page, hold my shift key down and click the last photo to include 4,000 photos for that folder (Sadie's).

In Google Photos you do click the first photo of that batch, hold your shift key down as you move your curser over rows of photos ... which highlights them as you go ... then click the last one ... which selects all the ones you have moved your curser over.

So as I end this rambling this morning (tonight) it's a choice I have to decide, whether to upload large batches at a time and not worry about folders or take more time and load them by individual folder ... that I already have set up in my Apple Photos program.

Of course, some Google Photo users that are reading this might be laughing because they already know what the program does and I might be thinking this is all more work than it really is.

Lynn ... please chime in if you see this.

Hounds are snoring ... I'm wide awake uploading photos, with plans of doing this until 5am. Yes, I still get my football games in and have already seen some great college football the first weekend of the season.

It's beautiful weather in 'the tropics' of Southern Indiana.
at September 05, 2016