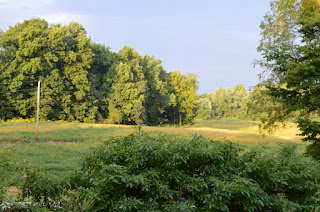 We were up early today and it looked like rain was just miles away. Only Intellicast Radar showed nothing within 250 miles.

It looked like we would get at least one walk in today, maybe two if the rain showers didn't show up this afternoon.

As usual all the hounds were excited about Friday and starting their weekend. Heidi was asleep as usual, right after breakfast ... while Stella and Sadie were outside but not really excited about too much. Stella wants to go back to sleep ... Sadie looking to explore. 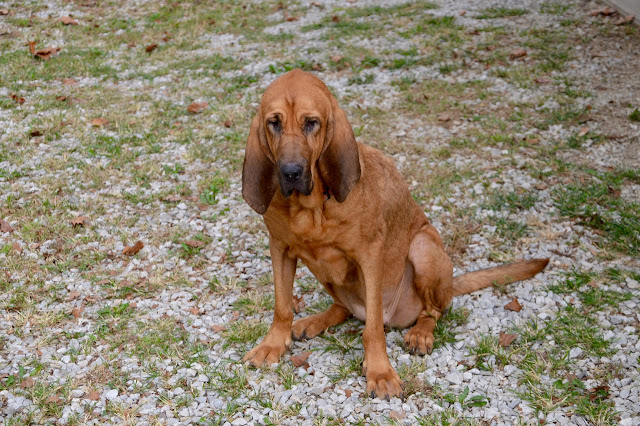 Sadie hits the floor running every morning. She is pretty active throughout the day, with short naps. Stella on the other hand would sleep all day if there wasn't the smell of kibble in the air around lunch time. 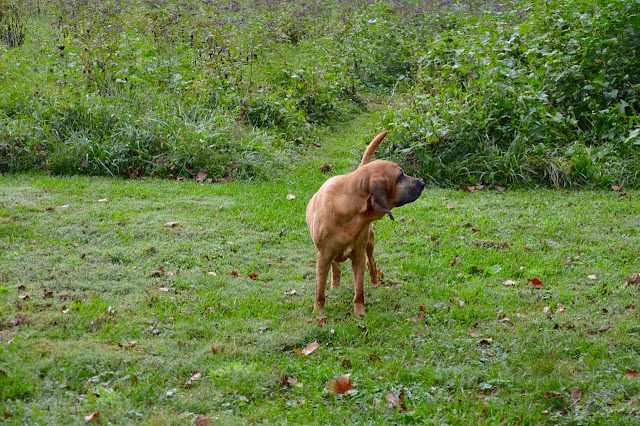 It might just be me but I think I am seeing more gray around Sadie's nose than last winter. She does have a little waistline showing so that's a good sign that she has lost some weight this summer. 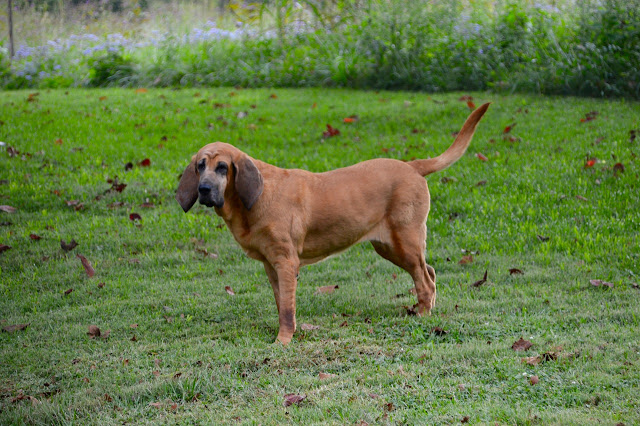 They slowly migrate back to the house, as normal routine in the morning. 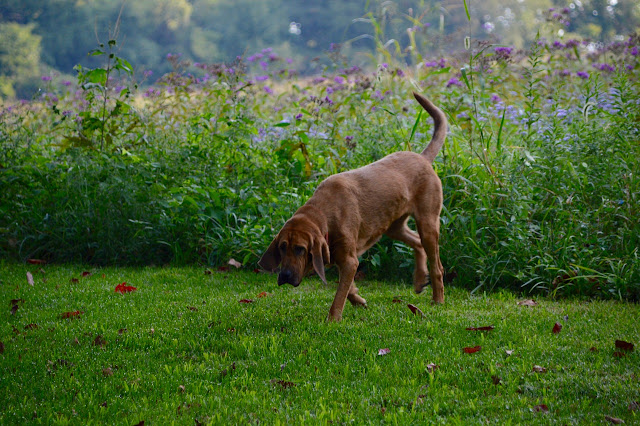 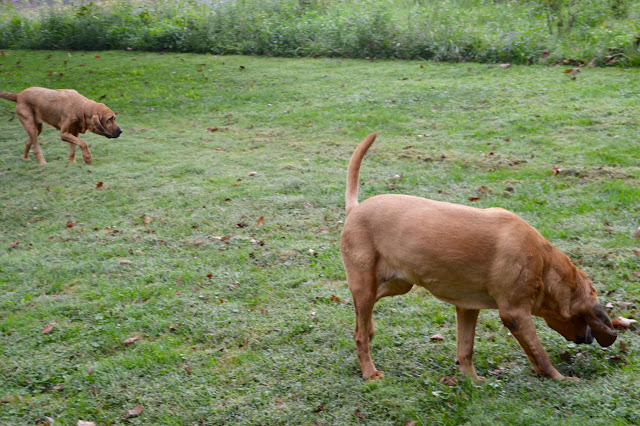 It wasn't real confusing but I did have to google the process of scanning photos on my iMac. It was something I've been wanting to do for years but never took the time to start. Now that I have the process down, you will be seeing the bassets and bloodhounds I've had in the past. You have seen a couple when I mentioned them ... but while I looked for my old photo albums, I found a vault of hound photos I had forgot about.

It will be a slow process as all of you know that have converted printed photos to digital photos but I am going to scan every one of them. The frustrating thing is I am 1" too short on my scanner screen to fit 3 photos at a time.

For those that have Apple computers and have questions about how to scan your photos, plus where do they end up in your computer, leave a comment below or email me for the process.

Here is my first basset hound, Harry. I bought him as a puppy in 1987 from a "backyard breeder", a friend at work, while living in Oak Harbor, Wa. 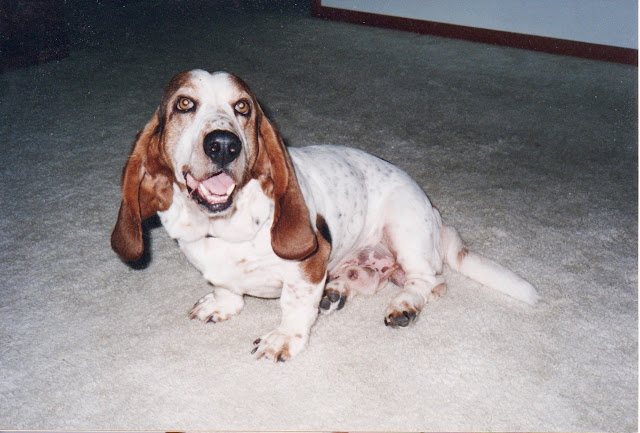 He was a great basset hound but didn't have really good features for an AKC Basset Hound. I'll write more about him later but he lived to be 13 years old ... he was a lot like Winston in personality but loved to wander off anytime day or night. He lived on Whidbey Island, Wa ... in Breckenridge, Co ... and Bloomington, IN. He was 8 years old in this photo.

Most of the day was doing all the domestic stuff that needs to get done. That rain did show up sometime around 2pm while I was vacuuming the house and oblivious to the world outside. I ended the day by giving myself a haircut, got all the hounds together for some fun toenail cutting. I had to try get Sadie to understand it's too wet to walk with rain hanging from the weeds in the field. She is still not positive that is the correct answer or excuse.

It rained hard here in 'the tropics' of Southern Indiana.
at September 16, 2016