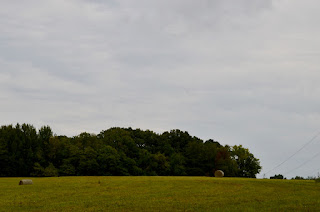 With the sun still behind the clouds, we took off for the first walk of the day right after lunch. Heidi decided she needed a day to recover from her walk on Sunday.

Hard to believe the temperature was still below 70° as we started. Sadie and Stella took off in a trot as soon as their feet hit the yard ... I didn't ask if they wanted to walk or not. 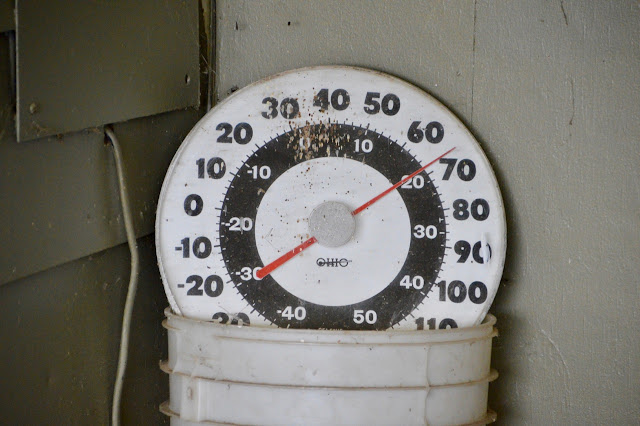 As you can see there is always a little bit of growth on the outside edges of the field. The owner would like for them to cut and bale that area also but they never go that far over. If he comes out with his own tractor and mower to cut it, he will also cut the giant ragweed that was left next to my yard. 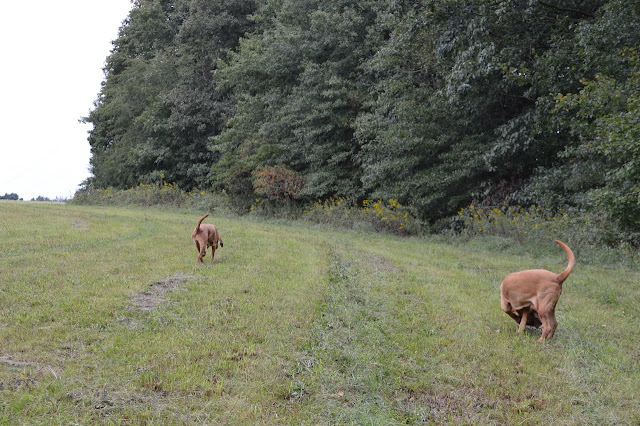 Some purple mist was still around on the edge of the field. 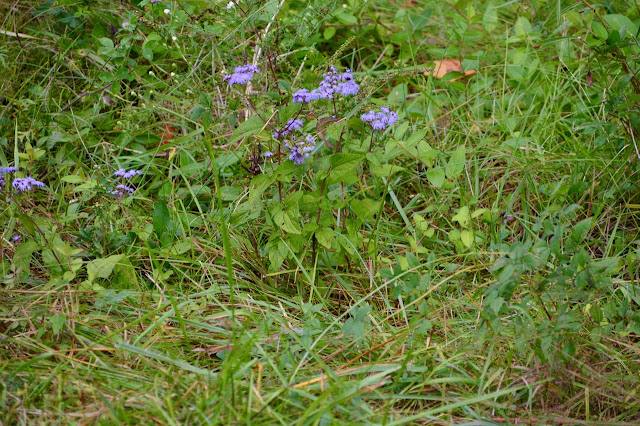 I've noticed that when the field is cut short, that is when Stella likes to get her running in. She loves to run. 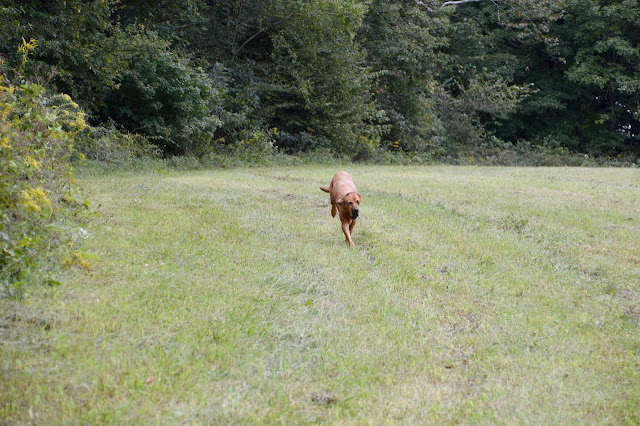 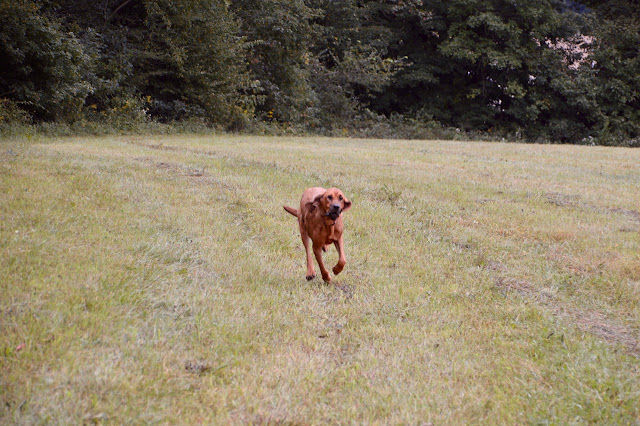 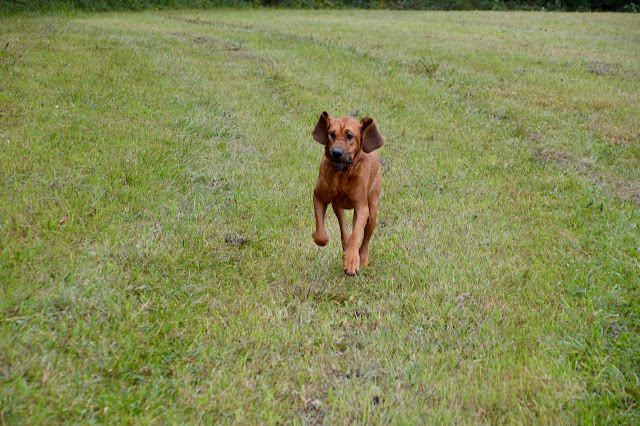 While Sadie would rather spend her time 'tracking' what scents she finds. She is a much better tracker than Stella. 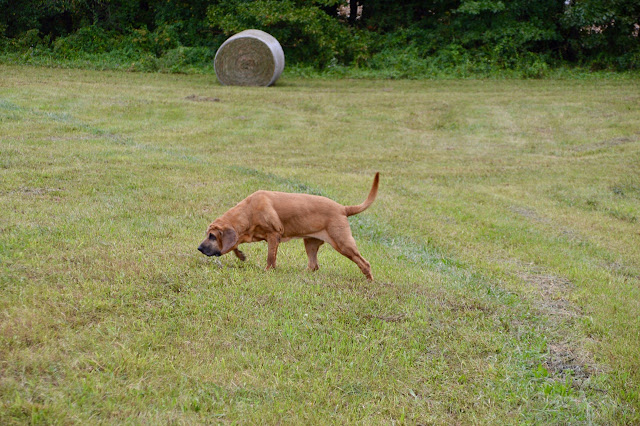 Hard to tell anymore between them ... but this is Stella in the photo below. 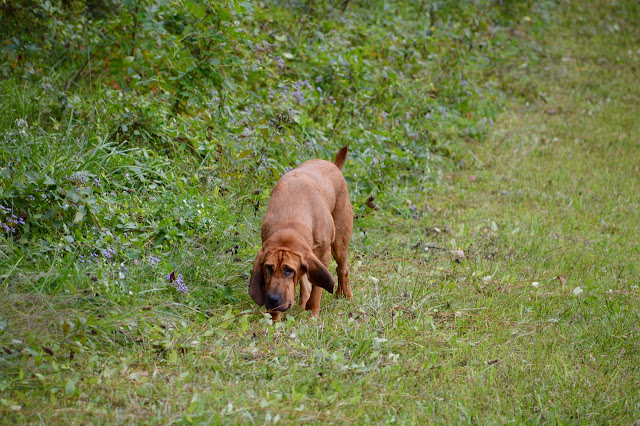 You can see how our path shows up after they mow. The grass is a little thicker there since it's mashed down over time and isn't mowed as close as the other grass. 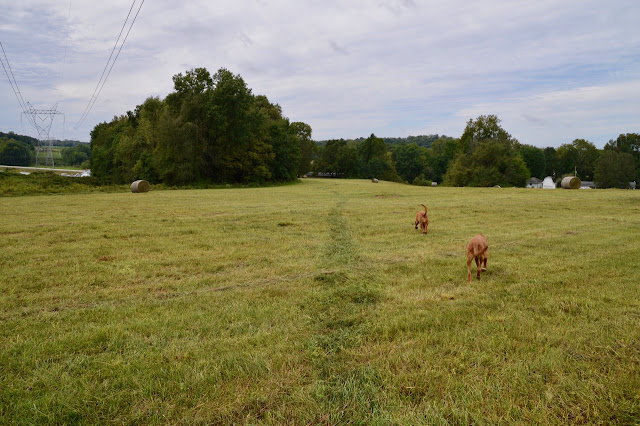 Throughout the afternoon Sadie kept bothering me to go back outside. In the past I would have let her out to roam the field but not after she went next door a week or so ago. When I would go out with her, she would stand and stare at me instead of looking around the field. It wasn't that long since the walk before but she and Stella wanted to walk again .. not quite 3 hours after their last walk. So off we went, only this time the sunshine had poked out of the clouds. 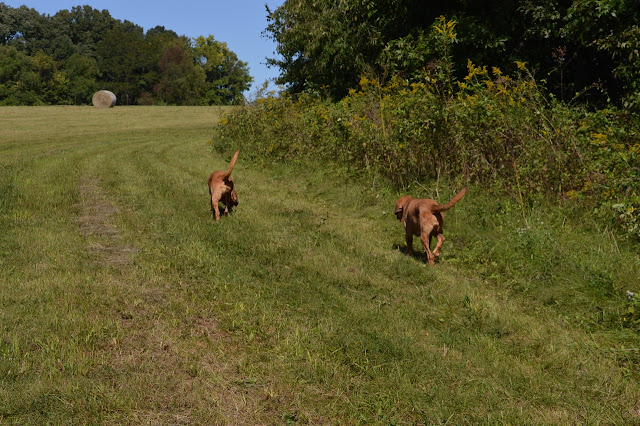 Once Stella found this spot just after the first turn ... where the deer hang out ... she never left that spot while Sadie and I walked 3/4 of the way. 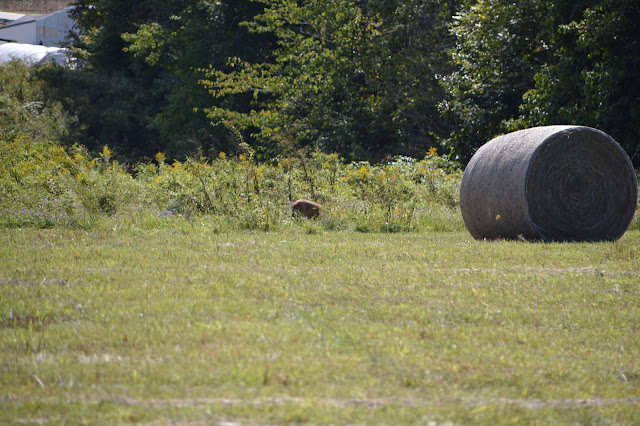 She came when I called her but started to go to her right thinking she could continue the walk but it was over ... she wasted her walk by sitting in that one spot eating stuff. 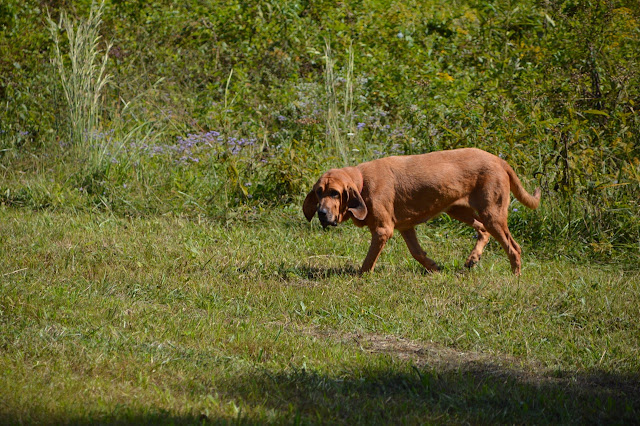 She took her time coming home but always within my sight ... finally strolling into the backyard. 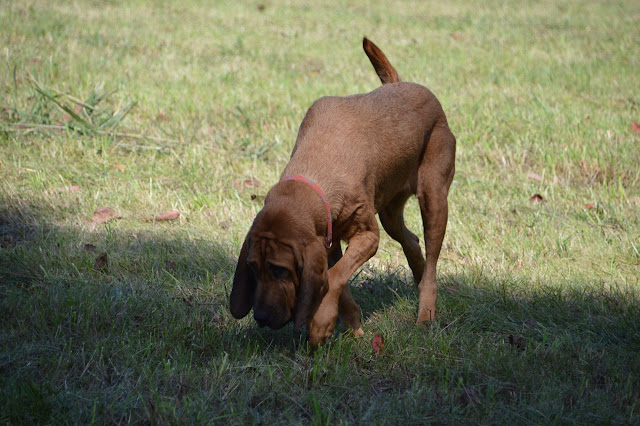 The spent the rest of the afternoon sleeping and preparing for a night of Monday Night Football ... neither of them are interested in politics ... just food, walks and sleep.

Remember that I wrote an earlier post today. You can click the "older posts' button below or over on the right sidebar, titled Heidi Surprises Us On Sunday.

This time of year is hard to beat anywhere but in 'the tropics' of Southern Indiana.
at September 26, 2016