Sometime Friday night I realized I had not downloaded the photos I took to include on Friday's blog. Hard to believe. All of the house cleaning must have scrambled my brain cells to have forgotten the photos of our mid-day walk on Friday.
Heidi made her after lunch appearance. That pose is so strange because her back is actually straight and level when standing. Her nails were cut later in the day. After a week of Taste of the Wild Grain Free food with venison and lamb meal at the top two ingredients her skin has really improved this week. 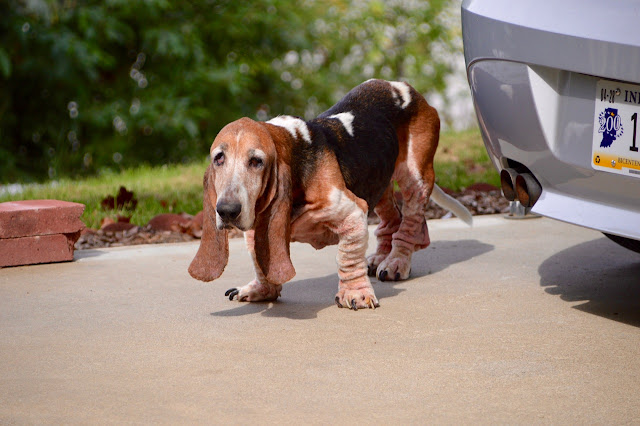 With the gray clouds off in the distance it was a good time to get at least one walk in. Even Sadie was off on her own and seemed pretty excited on a couple of things she had tracked. 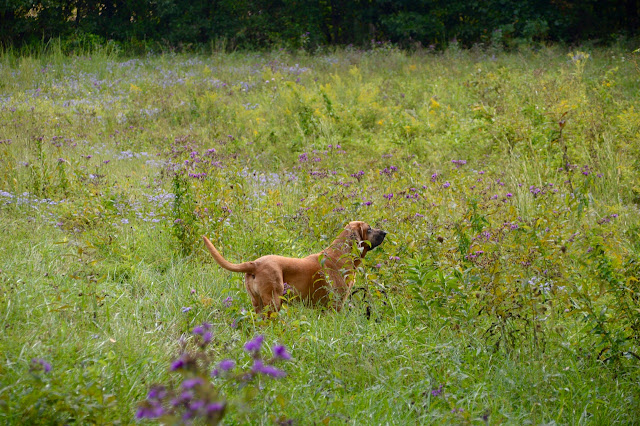 From the start Stella was on her own schedule and was rarely in view. By the end of the walk she was nowhere around, nor could I see her. Sadie and I drank some water in the house and then took off to find Stella since she had not shown up at the house. 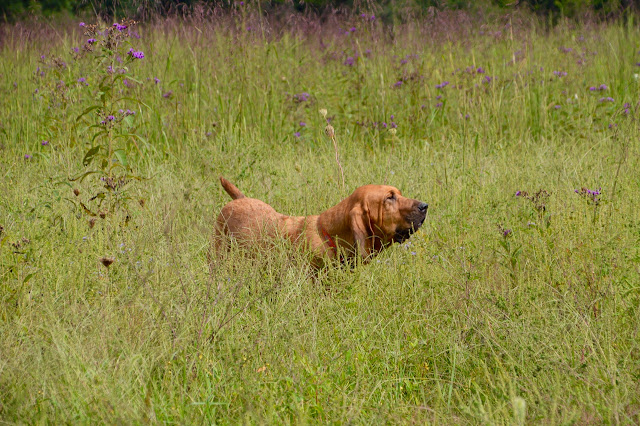 They have just turned the corner and are heading for their favorite part of the field. 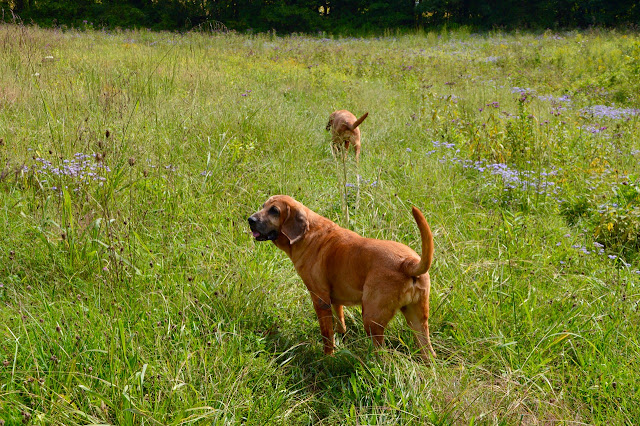 Sadie had found something where she had headed into the wooded area by the very back of the field but she came sprinting toward me when I called her name. 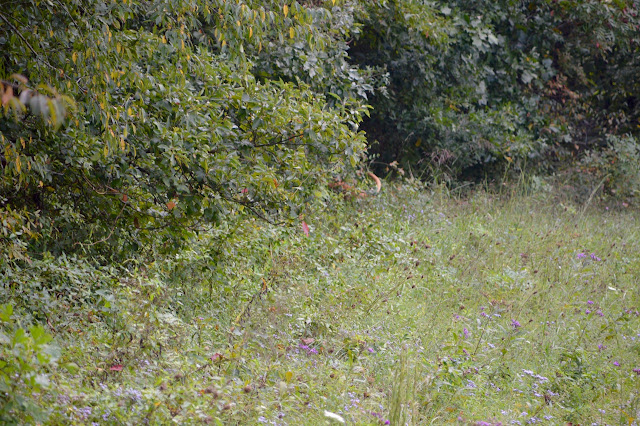 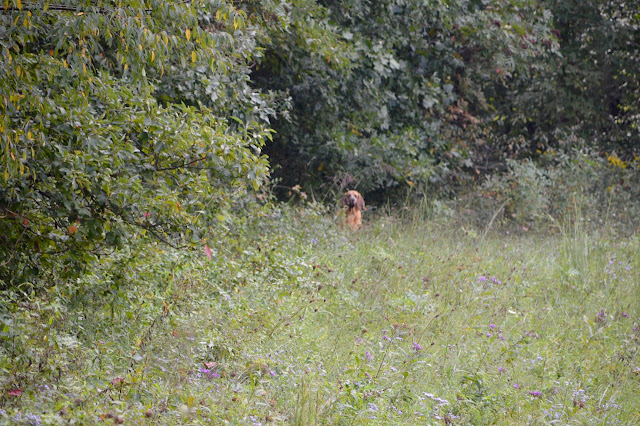 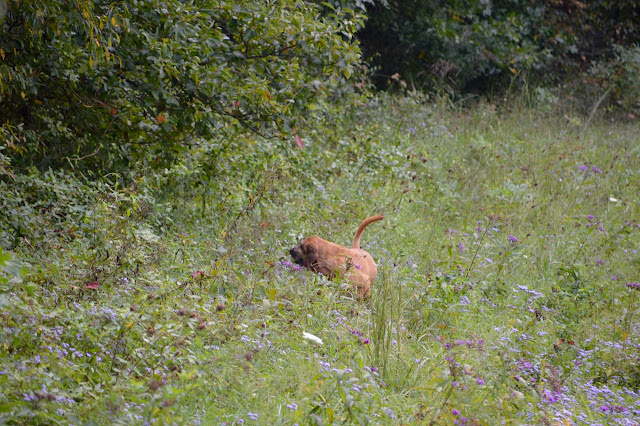 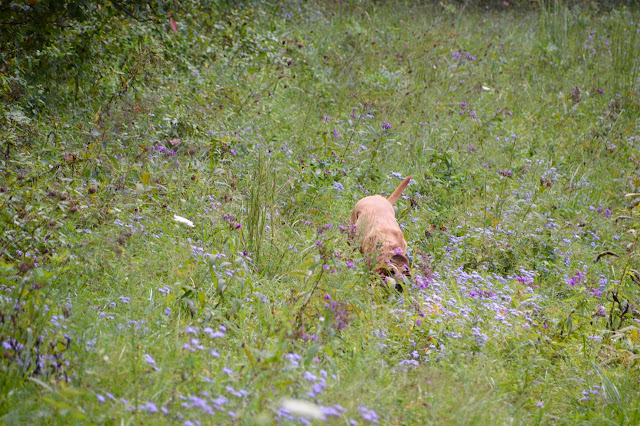 Of coarse before she got to me there was something else that caught her attention. 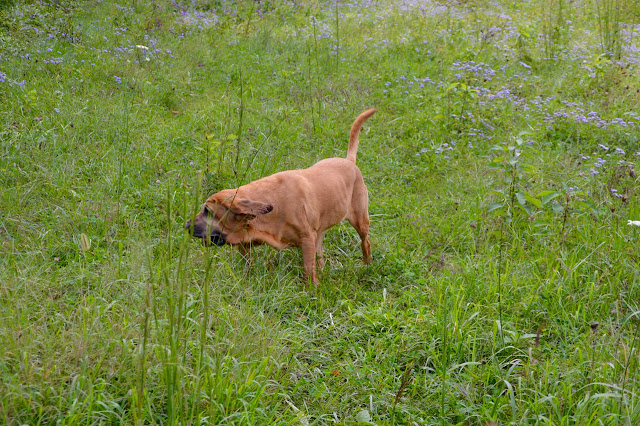 By the time the house was cleaned, my haircut and the hounds getting their nails cut, the sun was back but here were signs of the heavy rains 2-3 hours earlier. 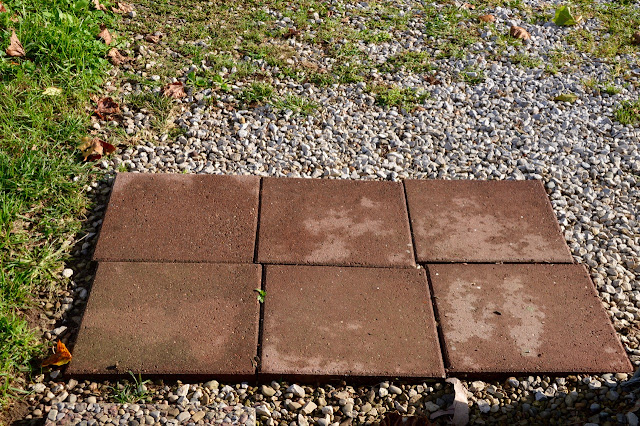 For some reason after every rain Stella likes to chew the tall grass ... she will not eat the weeds or flowers but the grass. 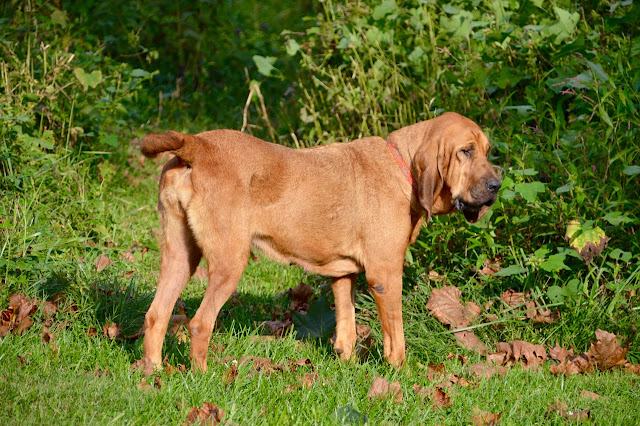 Sadie was positive it was dry enough for a walk this afternoon but the field was saturated with the amount of rain earlier. 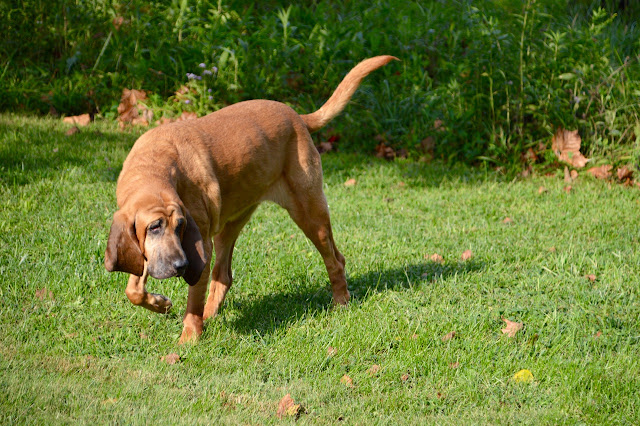 It's Saturday and that means a lot of college football today. Problem is, most of the good games are on later in the day and at the same time. The hounds will get their walk in as long as there is not more rain. We normally go outside at halftimes of ball games.

All is good here in 'the tropics' of Southern Indiana.
at September 17, 2016
Email ThisBlogThis!Share to TwitterShare to FacebookShare to Pinterest
Labels: Heidi, Taste of the Wild, The Daily Dog Walk