It was sometime mid-afternoon when Sadie was ready for another walk. The temps had increased enough that it felt warm at 26°. With the ground being much softer than it was earlier, both hounds had a lot of places they wanted to stop. I didn't say a word and let them do whatever they wanted when they wanted. 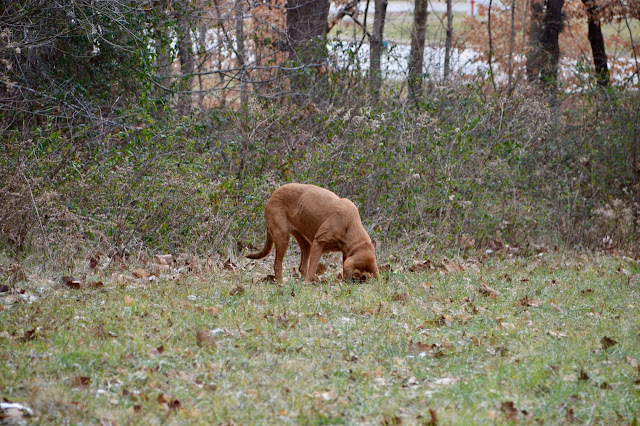 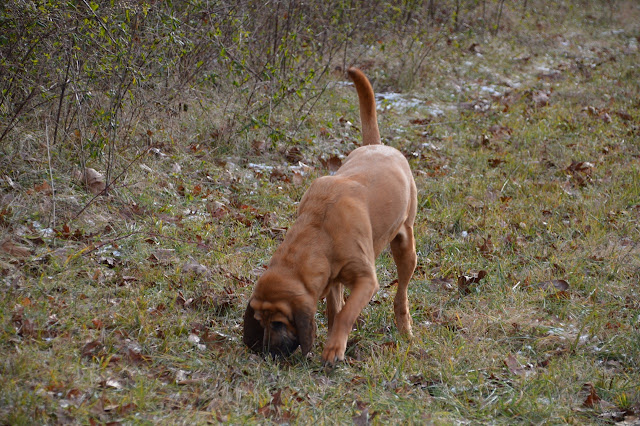 I am going to dig back in my Nikon D3100 user manual and see if I can brush up on my knowledge for taking manual focus pictures. That is something I did more years ago than I want to admit. All of those pictures are stashed away in boxes as 35mm slides. 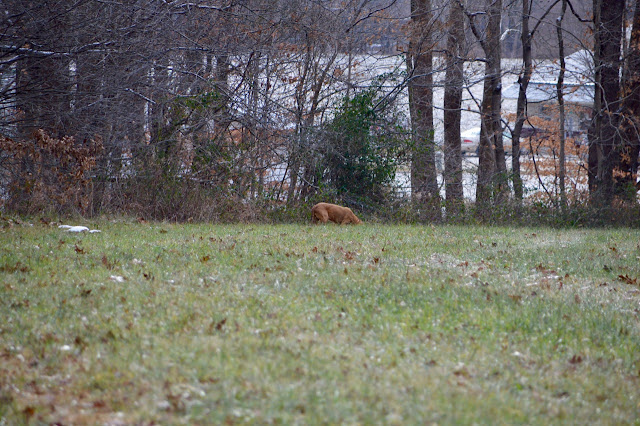 I thought more about my car situation as I walked. I love that Countryman and can't wait to drive it more, on the old country roads, some gravel and some dirt roads. I noticed today it had picked up some light dirt from the drive yesterday ... but today was a day for the Z4 to crank over in cold temps and hit the dry road. 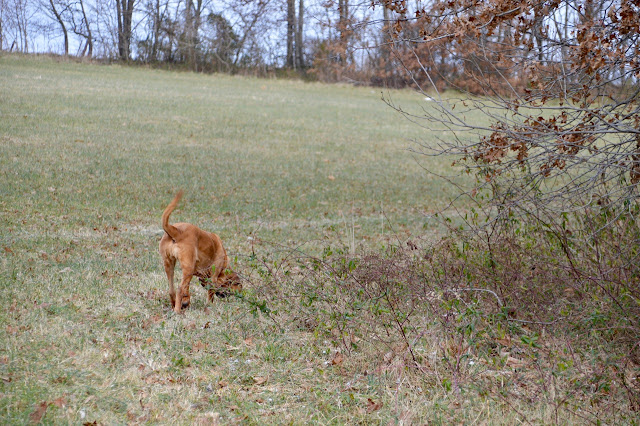 The previous owner, who is a relative of the car dealership owner, left a cd in the cd player in the car I just bought. I have done that in the past with cars I have traded and always wished I could get those cd's back. When I traded the blue FJ I thought I had everything out of the FJ but left my sunglasses in the storage on top of the dash in front of the steering wheel. 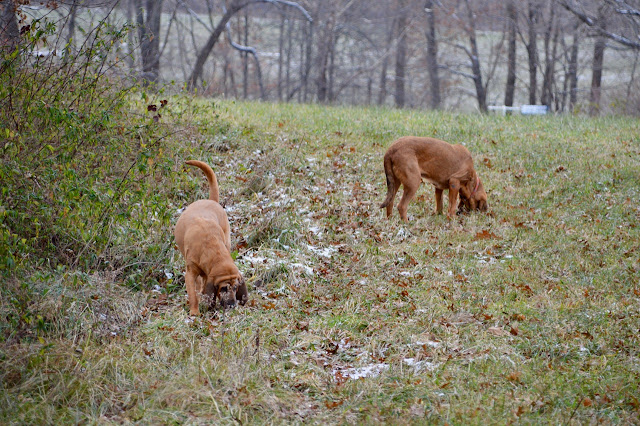 So that was my excuse to pull the car cover off the Z4 and fire it up. As usual it drove smooth and quiet. We cruised the speed limit all the way there and back. 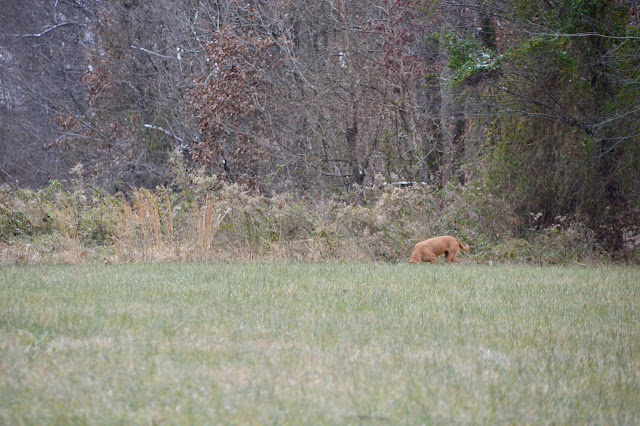 I just received an email about a security breech for my yahoo email account. I only have that account so I can log into their Flickr photo program where I can back up all of my photos at the original size for free.

Ah, this email today is about some of the stuff they found out this past summer, 2 or 3 YEARS after the fact. Evidently last month law enforcement had someone hand over a long list of "yahoo data" and most like from that hack a few years ago. Luckily I have been using the free LastPass password service the past few years. That program sets up 12 digit passwords that I could never dream of making and encrypts them. I just need one master password to access my LastPass account to open any website from there. 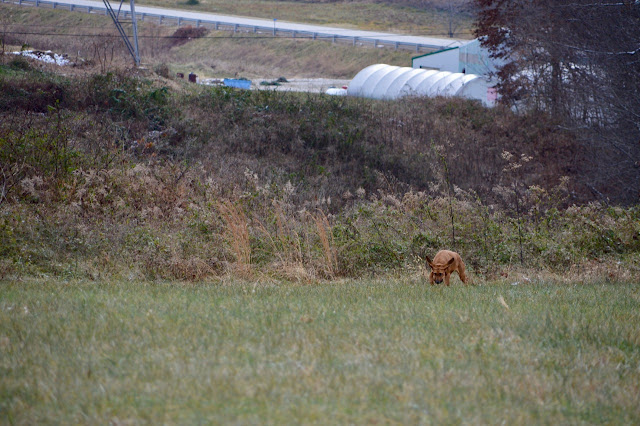 As I was leaving the car dealership they were pulling my "maroon" FJ out onto the lot. Of course it was detailed when I dropped it off and still had that new car smell from the lot I bought if from. It looked kind of out place surrounded by all of their American made cars and trucks. It will be interesting to see how fast it sells and if it sells faster than the blue one up in Indianapolis.

Sadie checked with me to see if I wanted her to run over to Stella to make sure that she was going our direction. She went on her own, touched noses and they both headed down the path. 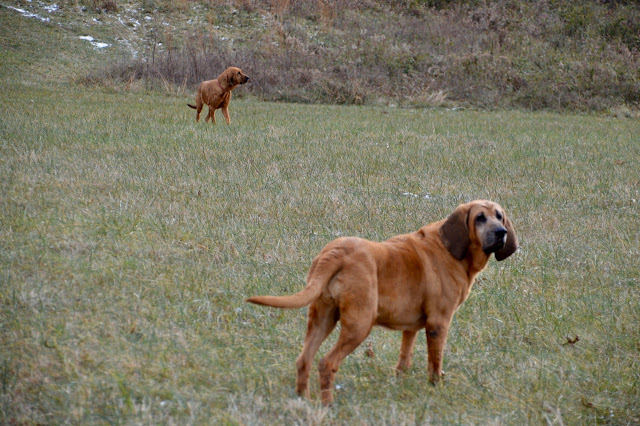 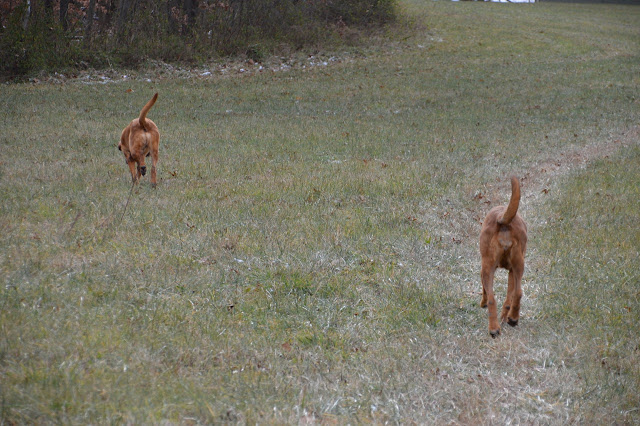 Yet, I had to go get them to move in my direction towards home. Sadie was already on her way home before I said anything but Stella was in a fast paced run toward the woods behind the neighbors house. If that highway wasn't so close, I'd just leave Stella outside in the field for as long as she wanted but I can't take that chance for something out of the ordinary to happen and leading her to the highway. 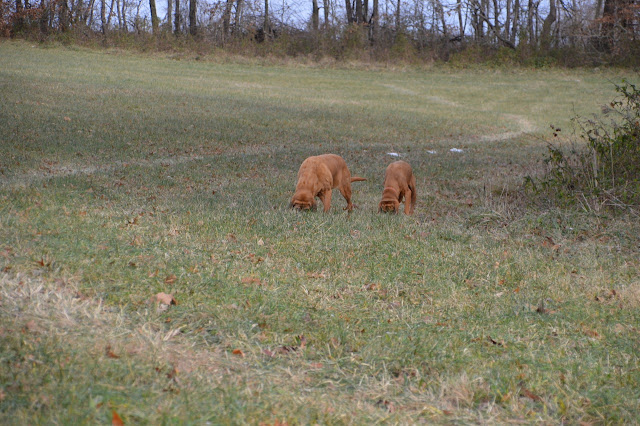 So what does it mean when a speedometer goes to 160mph ??  LOL 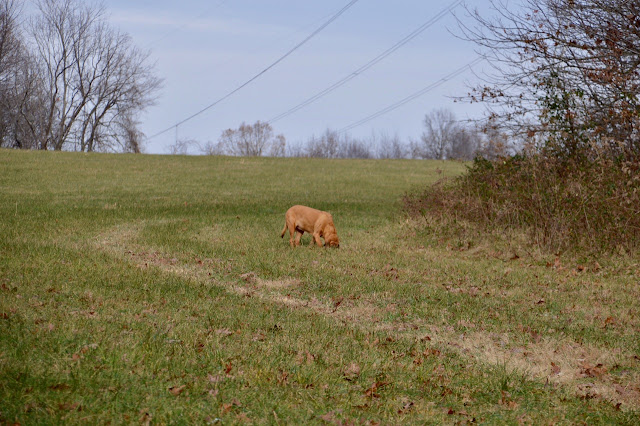 My smaller Mini Cooper S Hardtop drove quite nice one Sunday afternoon on recently opened, pretty vacant interstate ... I let off the gas that day at 115mph. That was one fast gokart.

Well that is about it for today. Sorry for the lack of excitement but I just can't buy cars every other day and write about the process. (j/k)

It's too quiet with all the hounds sleeping here in 'the tropics' of southern Indiana.
at December 14, 2016