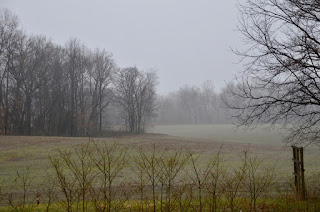 Rarely do we walk if it is rainy or if it has rain throughout the night, like last night. Today was a little different. The temperatures in the morning were high 30's and supposedly heading to 48° by late afternoon.

While walking around the yard during their trip outside after their breakfast kibble, it had stopped raining but the ground was still frozen rock hard from the low temps this past week. No worries, it will be a high tomorrow of 17°. That is weather in Indiana. 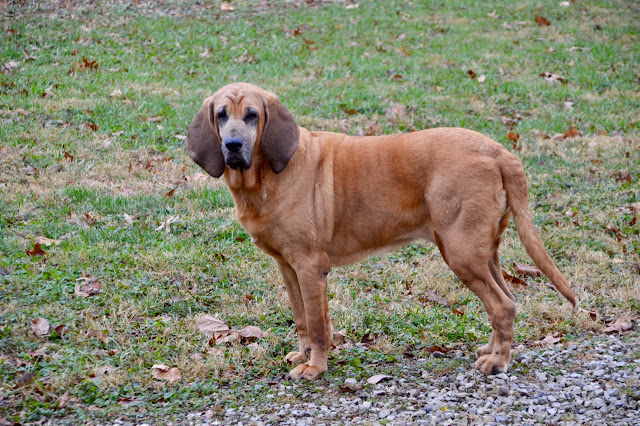 Sadie gave me her normal 'stare down' when she wants a walk. She will stand and look at me without a move. If inside she will sit and give me that same look without a move ... most of the time, she gets her way.

The ground is rock hard but wet from the rain. 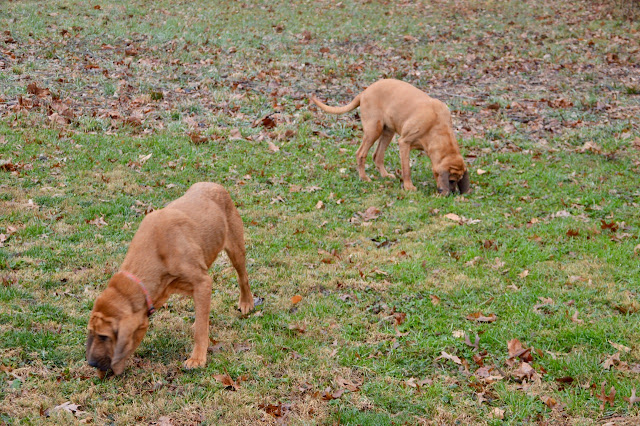 One disadvantage of winter, plus the fact I cleared out some brush in the fall where I normally don't ... the hounds have a new area to get into in a direction that I do not want them heading. It's that theory of 'give them an inch they will take a mile' ... still Stella has to check out that area and ignored me until I went over to get her. That is one stubborn bloodhound. 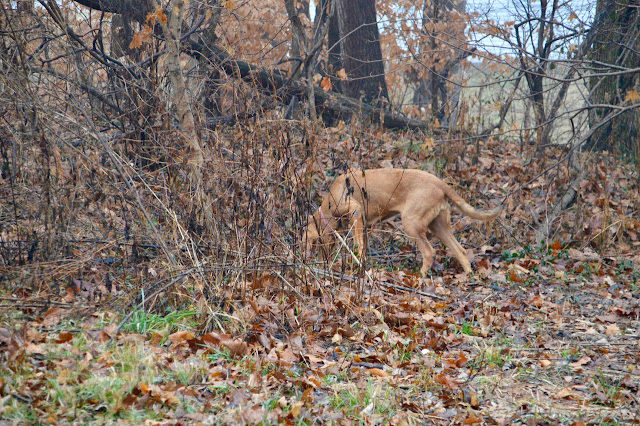 With the rains stopped, the ground frozen, I thought it might be okay to get a walk in this morning before the field became really mucky with melting ice while adding more rain. I doubt that we would get a walk in the afternoon if the weather held up to the forecast. 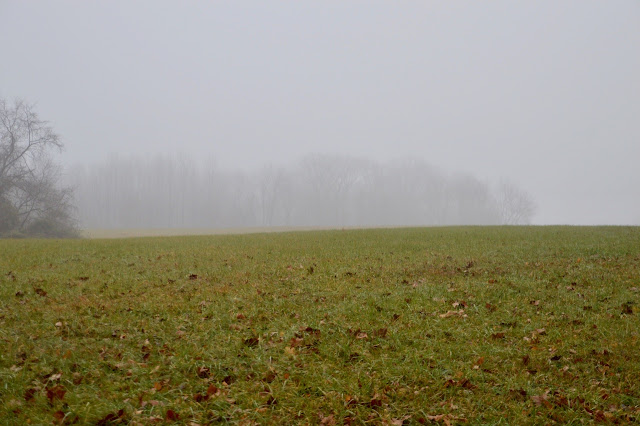 Sadie was happy and was off, she had things to do and smell. 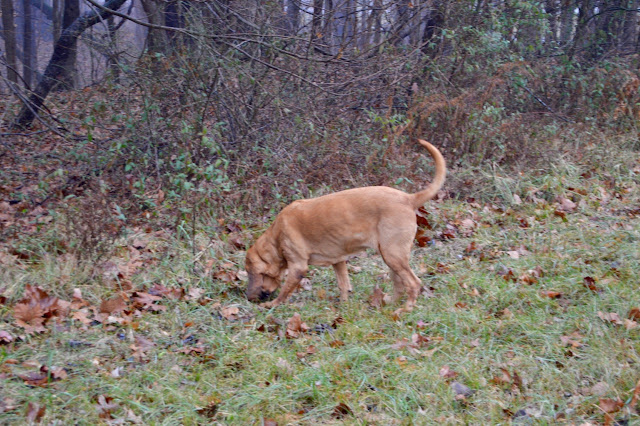 Stella?  Not so much. I can't say that I like her new routine but I know in a week or so she will come up with something different and the routine should change based on her past history. 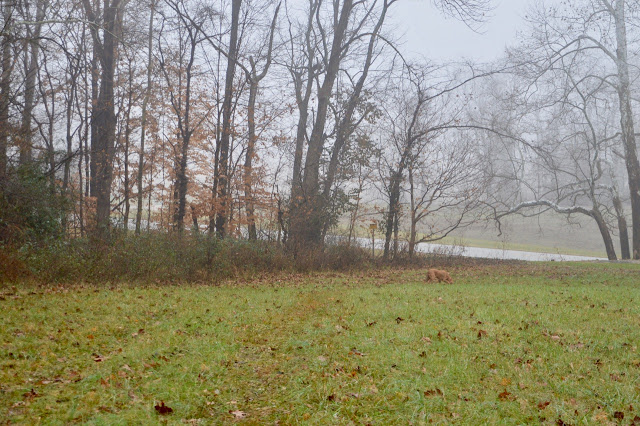 What was becoming interesting but is quite obvious to most geography experts ... the higher the land went, the wetter it got with the rain water. The first half of the walk was on frozen ground. It was much more soft toward the back of the field where it is the highest elevation. 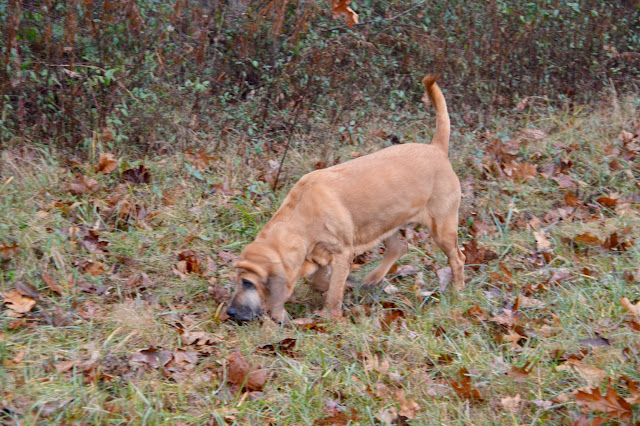 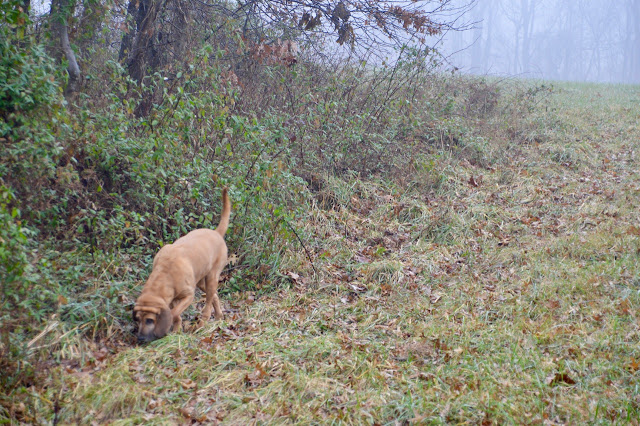 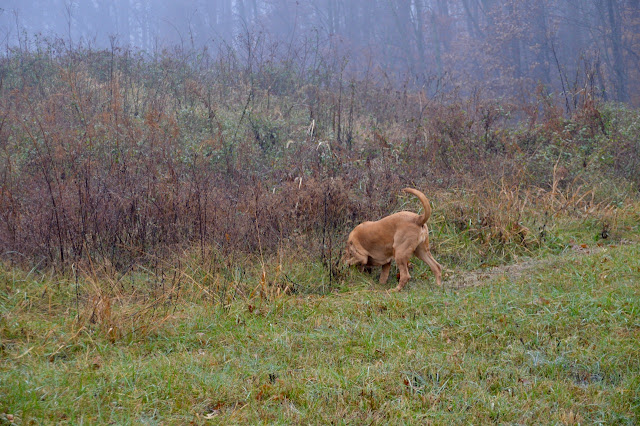 Stella finally shows up as we are heading back to the house. Sadie is still behind me, deep in the brush that follows the fence line in back of the field. I don't even bother to call either one of them. I feel pretty confident they will both run to me when they are ready and on their own time. 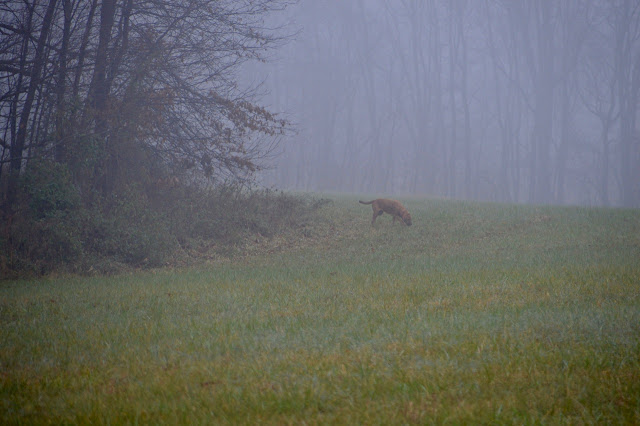 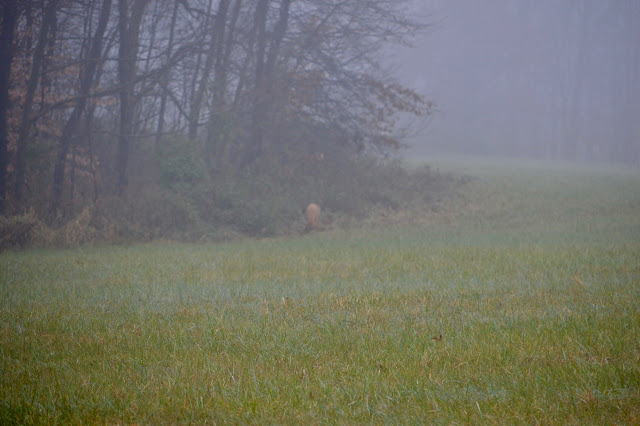 No sign of the AT&T tower and no flashing warning lights that you can usually see even in fog. So hopefully there will be little to no small aircraft traffic in that area today. 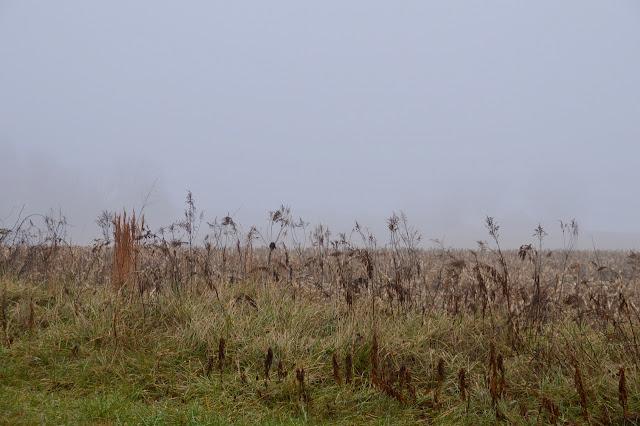 Surprised but happy that Stella turned to head toward me instead of running in the opposite direction to the farthest right corner of the field. She is a good bloodhound when she wants to be. 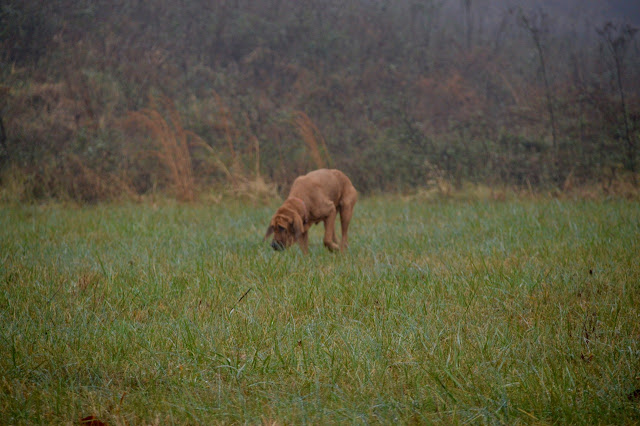 She is running toward me with her eyes on Sadie. 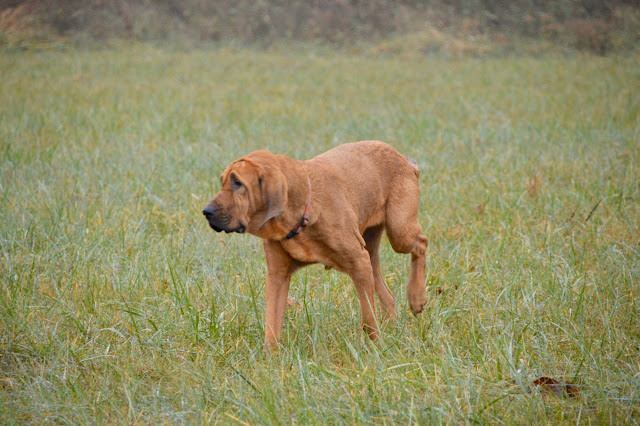 Sadie met her on a full out run, Stella turned and they both headed home. 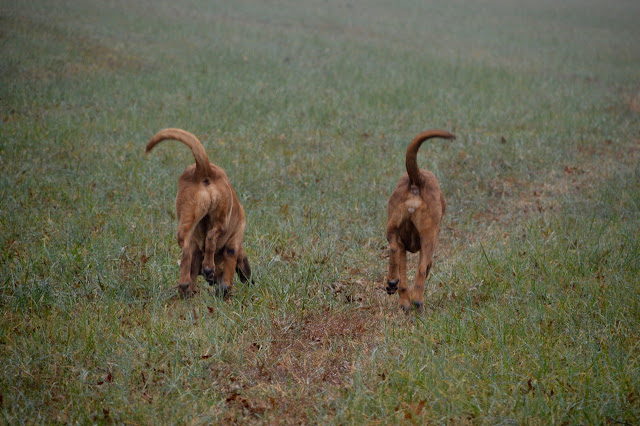 I think you can tell the depth of the wooded area, that there is a steep drop off not far in the wooded area. It drops off right past the bushes that are green ... very steep. 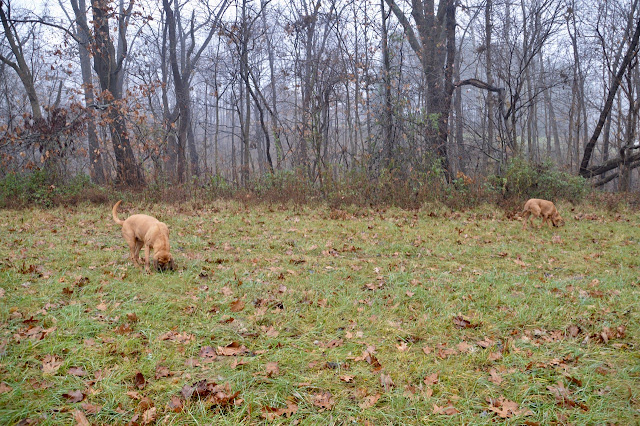 Stella seemed happy to get the unexpected walk in. She never begs for a walk ... only food. 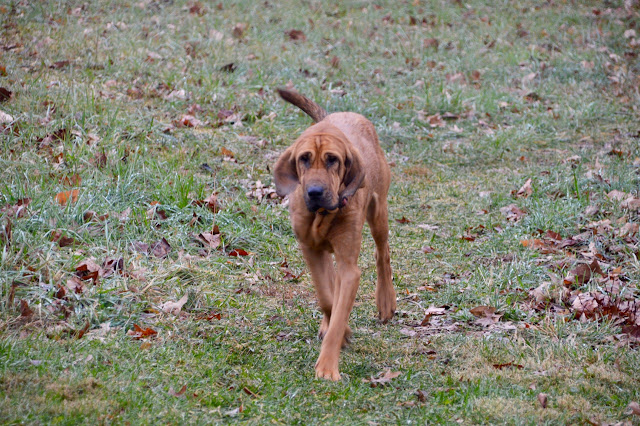 It is a day to get caught up on domestic house stuff before basketball games in the afternoon. A little book reading and feeling much warmer inside without the freezing temperatures outside.

It is warm and wet today but will be freezing again tomorrow in 'the tropics' of Southern Indiana.
at December 17, 2016