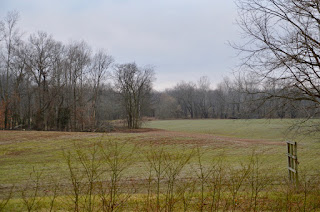 I knew when I opened my eyes for the first time this morning and heard the wind howling outside that the weather experts has been accurate.

Along with some rain though were going to be 64° temperatures the day after Christmas, which is extremely hard to believe. Yet, no worries, it will be back with a high in the low 40's to high 30's by Tuesday morning. My iPhone weather showed 64° at 7am and the air that hit my face when I opened the door confirmed it.

There are always some immediate signs when I open the door for the first time to let the hounds outside. Yes, Heidi is up for that trip in the morning. The first sign was the amount of wind pressing against my door as I tried to open it. The next was a fully soaked and wet carport floor. 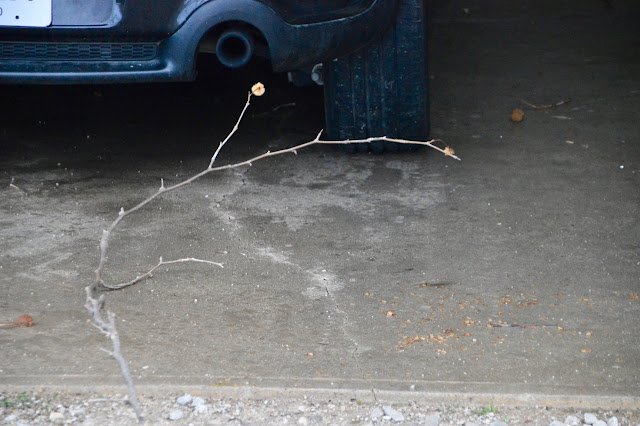 When there are small tree limbs from the Sycamore tree then you know the winds were strong while we slept last night. 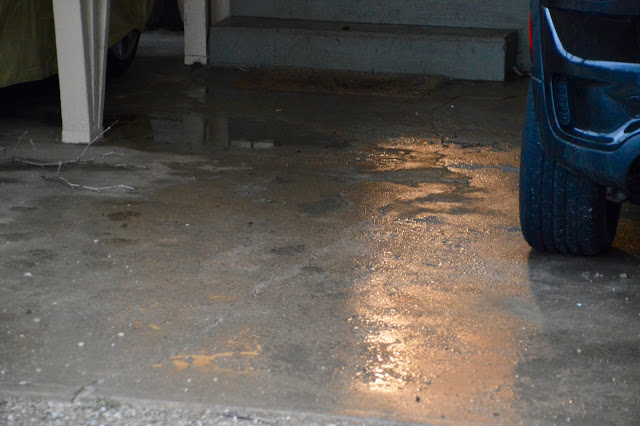 I've always wondered if the low wet area in the back of the neighbors yard hinders their chance in selling the house. It does not always have standing water of coarse, just after heavy rains, but the ground does stay pretty soft in that area year round. 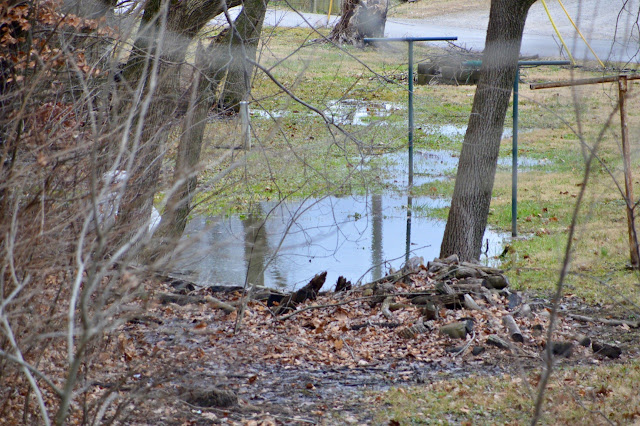 BTW ... the 'Picture Of The Day' award goes to the very last on in this post.

With a 100% chance of rain by noon and Intellicast radar showing the storm front about 100 miles to the west of us I decided it was time to get our walk in, since it might be the only one we will be able to take today due to rain and extremely wet field later this afternoon.

On the initial trip outside I checked the ground to see how wet it was and surprisingly it was not as saturated as yesterday because there wasn't any water rising to ground level when I walked. So I headed back inside for the camera and to change into the hiking boots in case it was wetter in back of the field. Sadie was thrilled with that decision and sat right next to me while I changed shoes. 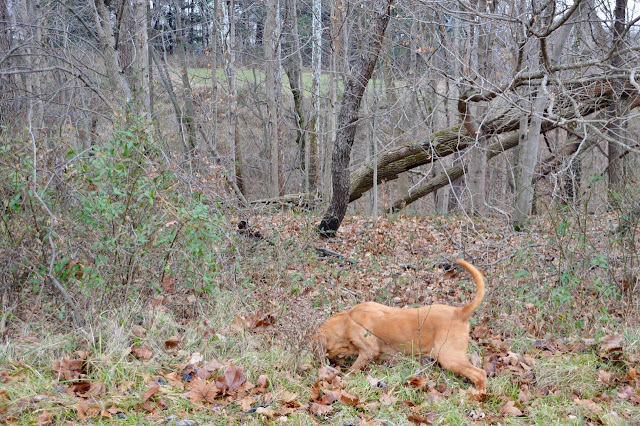 In that picture above Sadie has crawled under a wild bush stem full of thorns pressing into her skin ... doesn't feel a thing. She did that a couple of times today and as usual, she just charged through any brush that got in her way. She is a very strong hound. 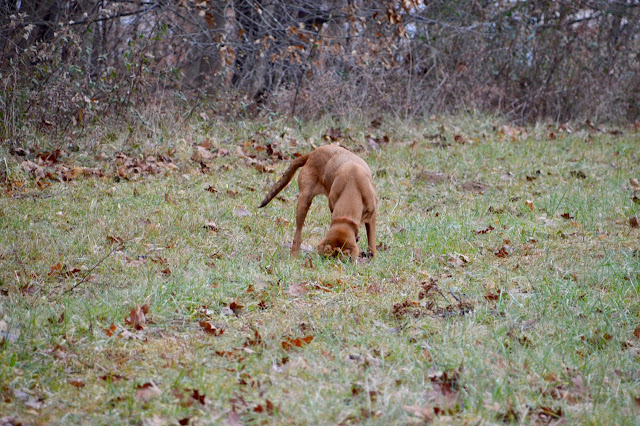 With the winds around 20mph, luckily it was blowing warm air. What a nice change that is. No jacket was needed today, just a sweatshirt. 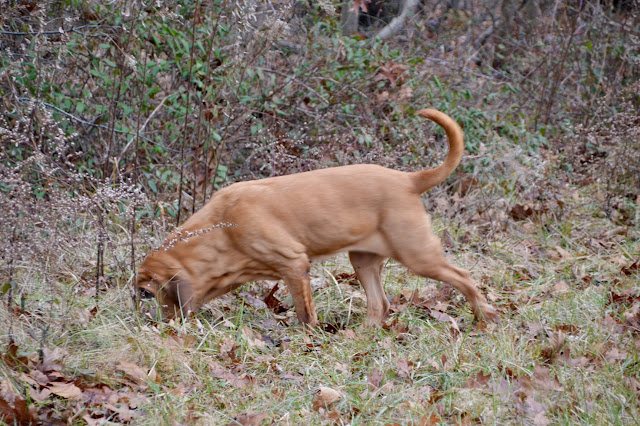 Stella once again stays pretty close to Sadie for the walk this morning. They acted as if they had a lot of things to get done on this walk ... a purpose. They were in their 'serious' mode. 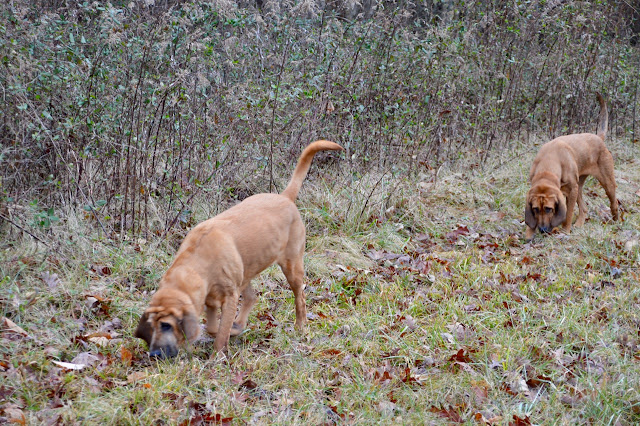 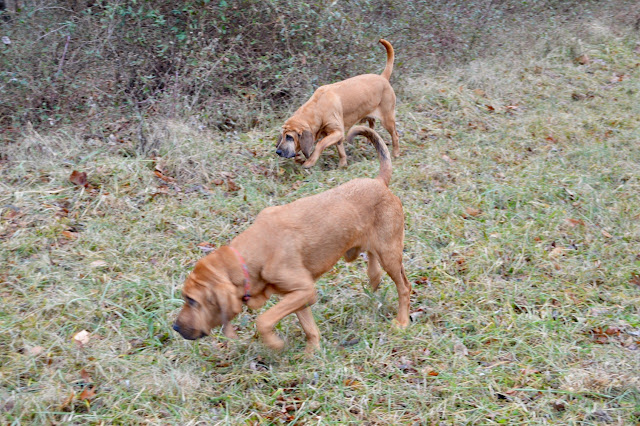 It never fails during these walks, where I wonder what actually had been in these places they are so interested in. What time of day was the deer or other animal around. With the soft ground it is much easier to see the fresh prints in the ground from a hoof of a deer. 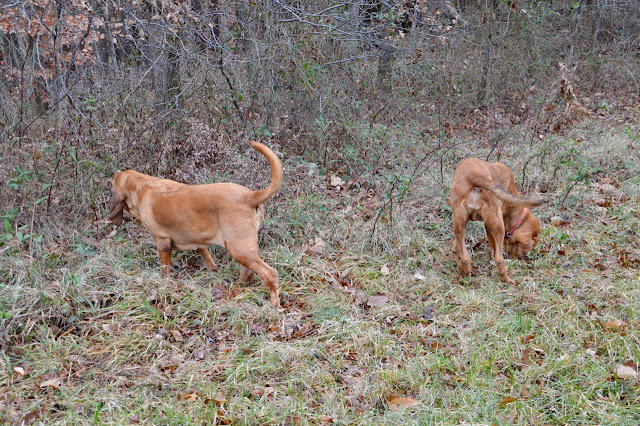 While Sadie sprinted for the far right corner, Stella made a straight line sprint without making the sharp right turn. 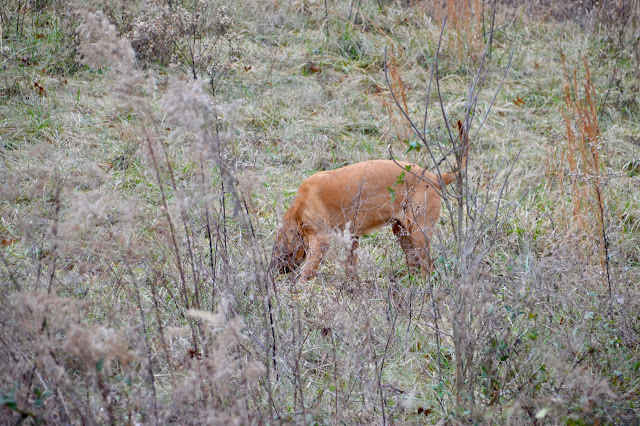 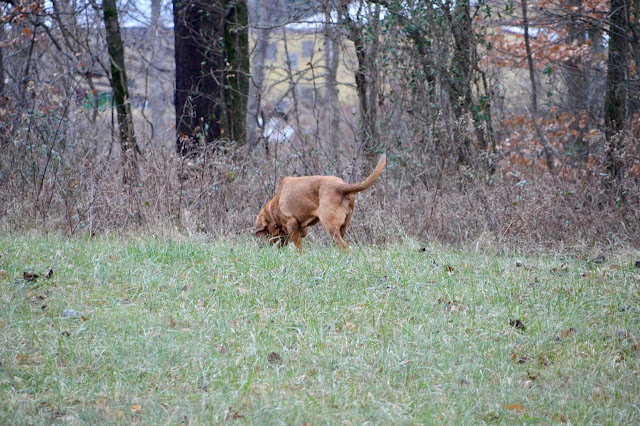 As I walked over to see what Stella had found that was so interesting, there was nothing there to eat, she was just moving her nose under all the wet leaves. 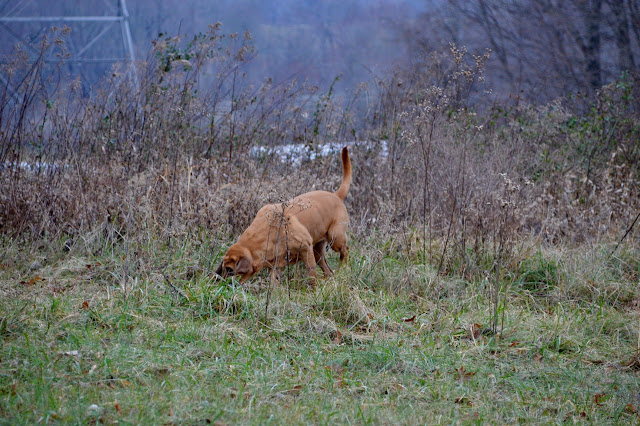 They decided two noses were more powerful than just one nose in today's expedition. 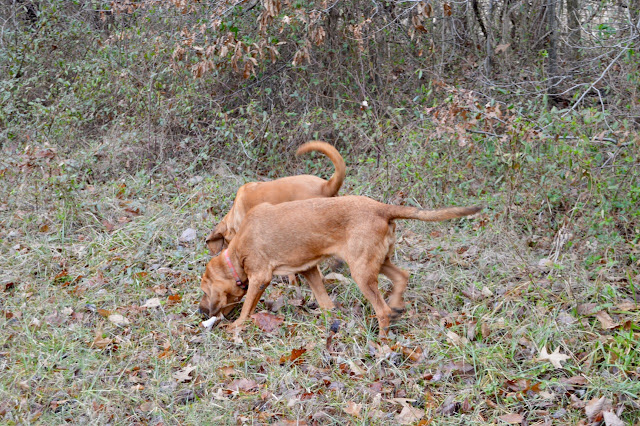 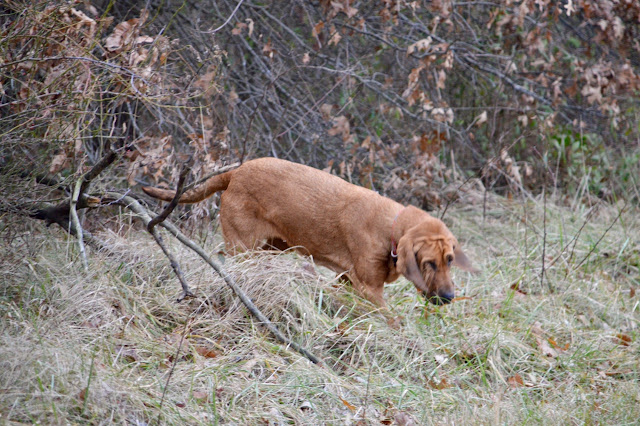 Sadie powers through another stem of thorns. 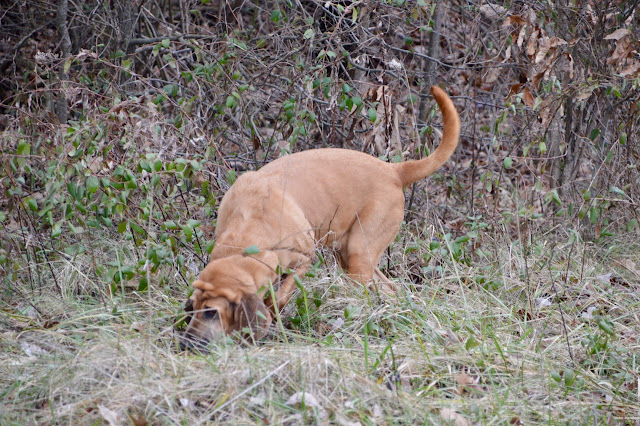 Back to some teamwork. 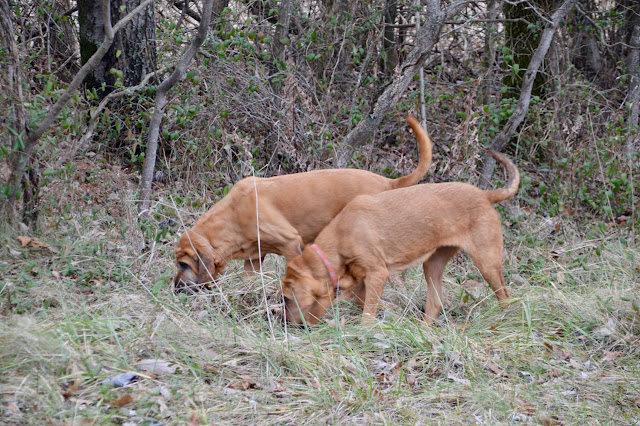 It still amazes me that I have an AT&T tower this close to my house but they cannot offer me wireless internet service due to my location. Being a Directv customer, and with AT&T purchasing them last summer ... they are offering unlimited data where I could stream all my tv shows and games through Directv for free.

They do have a price for different packages but from the way it was explained to me, based on the package I pay Directv my AT&T wireless UNLIMITED data would be a no cost to me. 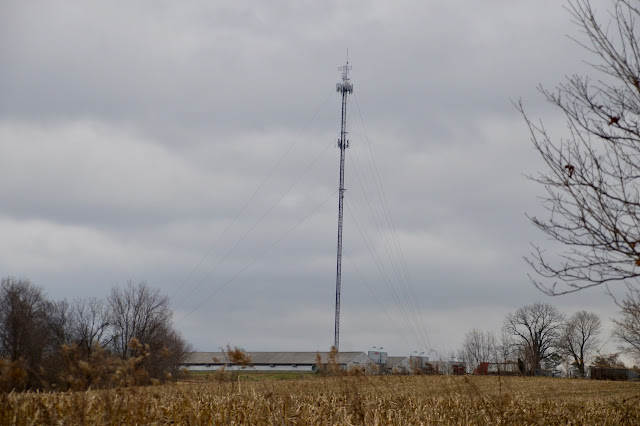 The hounds had just turned to me because they were sure there were deer in the cornfield behind them, but didn't see any. That is where I might see 10-15 deer at times grazing. Luckily the hounds have not seen them since Sadie was a puppy in the middle of deep snow. She scaled that fence and was sprinting through snow as deep as her chest after the deer she saw. 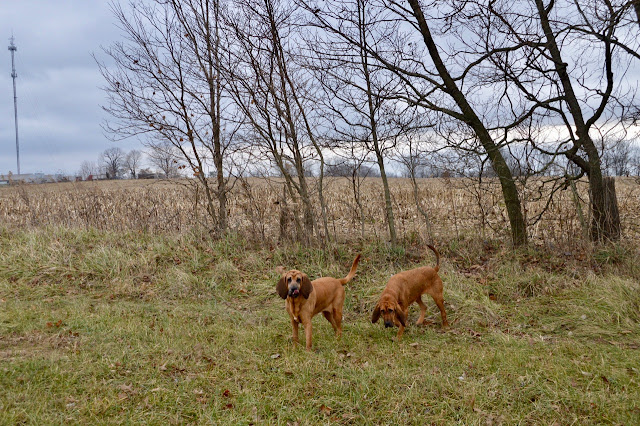 That tree line is where the hounds took off a few days ago that I blogged about yesterday. There is a fence that runs the full length of the tree line. You can see the camera did not capture all of it. It's good to see the past few walks they have not shown any tendency to go back to the new area they found. 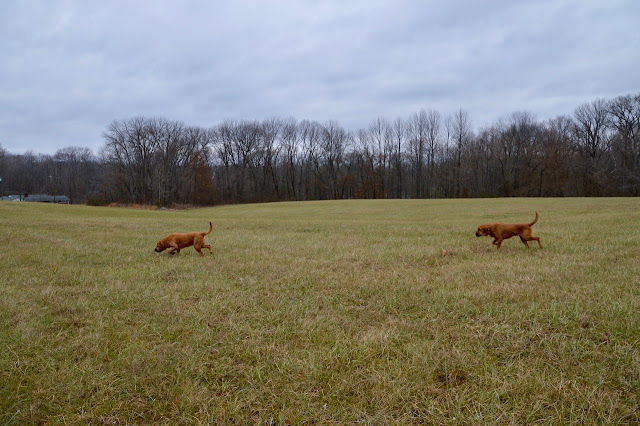 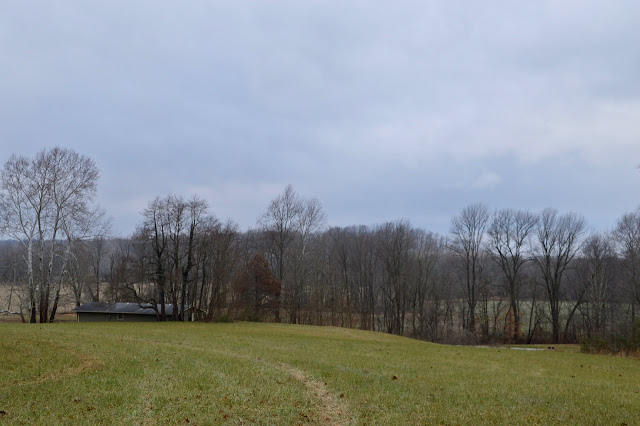 It was not raining yet but the hounds were fairly anxious to get back to the house. 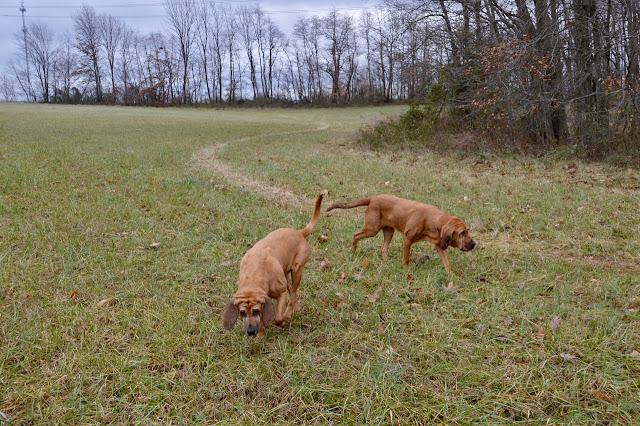 This afternoon I will return to my detailed house cleaning. Later tonight I will be going back to scanning old photos. I did 139 pictures yesterday but got off track in subject matter after I opened an album looking for any stray hound photos. It was mostly old people pics. I scanned them so I could send them out to those in the picture, if I had a phone number or email address. 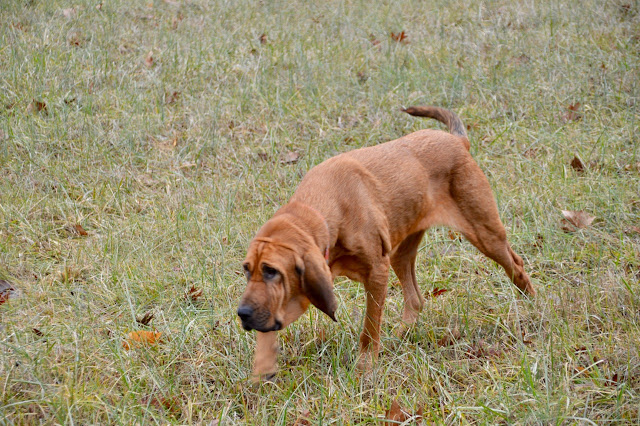 I don't have 1,000's of pictures like some of you have scanned when you were downsizing but I found a few other packages, and a large Kodak box full of them last night ... so I have more pictures to scan than I had planned on and definitely in the mid 100's. 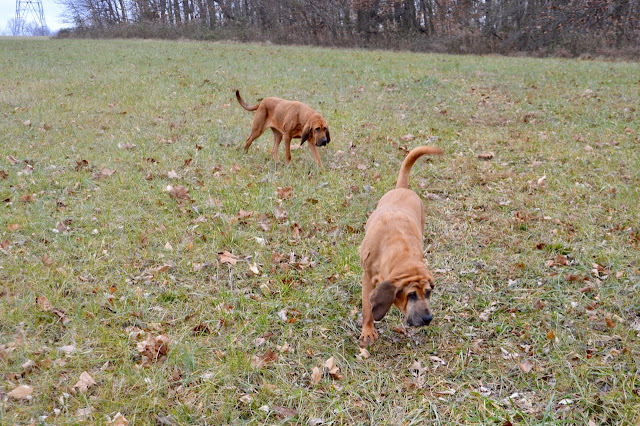 This issue is, I have packages, undated and in no specific order. I also have the small picture size, hard backed albums that are in some sort of date sequence. As I scanned 3-6 pictures at a time, I was trying to decide whether to scan all the hounds in the order as they came in the albums or scan by each hound individually after I sorted the loose pictures.

I do know one thing. For blogging purposes I will go through the stacks of each hound and the albums that contain all the hounds and pick out some of the best ones and upload them to the blog.

I mentioned yesterday I had a basset hound mixed up between Arthur in Washington and Barney. Once I ran into some other pictures where Barney and Harry had stayed a few months with my sister's kids in Indiana then were flown out to Seattle for me to pick up, then I knew it was Barney that was pictured with Harry the other day in my Whidbey Island post, and not Arthur.

Over the 29 years I've had hounds some of the names have been used over again. So in this case for naming my folders that are kept in my computer's Apple Photos, as well as Google Photos and Flickr ... Arthur has a state initial by their name, while Max and Sadie have either 'basset' or 'bloodhound' by their names.

I am not scanning these pictures to downsize and to throw away the paper copy. In fact my scanned copy is not nearly as good as that 35mm picture nor as good quality as that 35mm slide I have. I am only digitizing them to use on the blog plus I tend to look at pictures more on my computers, iPad or iPhone than I do looking through an album.

I plan to keep blogging about Heidi, Sadie and Stella but on occasion I'll add a 2nd post of the day to show and blog about some of the past hounds I've had.

I will say that looking back through all of these pictures, even the non-hound ones, brings back some memories I had not thought of in a long time. They were interesting to see and surprising just how much detail of that time can be remembered by just looking at a photograph.

I even found a couple of more cars I forgot that I had ... so the number of cars I've owned over the years still out numbers the number of hounds I've lived with. LOL

I can hear it raining outside, plus Stella is telling me to get off the computer because it's time for her to eat ... here is the reaction I got yesterday when I asked them "are you ready to eat"??  Stella was just beginning her howl. 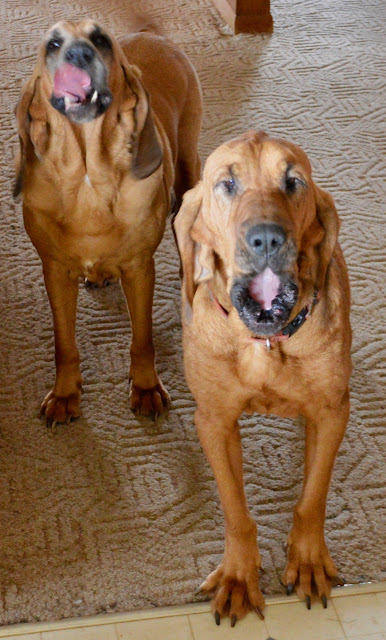